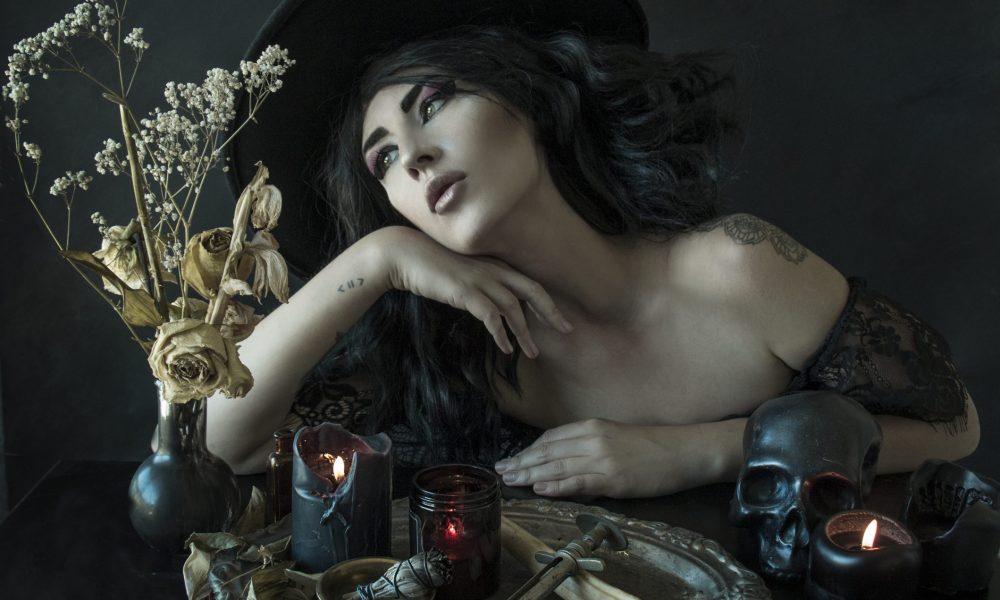 Today we’d like to introduce you to Ashley Joncas.

Ashley, we’d love to hear your story and how you got to where you are today both personally and as an artist.
Much of my childhood was spent in a tiny town deep in the rural hills of New England. By the time I was about five years old, I realized that my life purpose was art, despite my less than ideal circumstances and conservative upbringing. I spent years dreaming of leaving the walls that hindered my growth, so I began distorting reality as much as I could until I was able to leave. Everything from painting, illustration, and eventually photography and set design led me to realize I was supposed to be some sort of multidimensional creator across more than one plane.

After a rough childhood, I spent all of my free time making anything I could and working towards leaving for the west coast, and by 21, I packed a suitcase and three boxes to figure out what my purpose was.

Most of my background comes off as diverse, with it varying from designing clothing lines at the age of 20, to designing in architecture, directing and shooting various campaigns, branding companies, and what I’m most known for, as a photographer. It’s kind of weird when I look back at the small amount of time I’ve been on the planet and the vast amount of work I’ve already done. Yet, when I made the jump from moving down the coast from Seattle to Los Angeles, it became a whirlwind refresh that was much needed. As a human to my core, I like a challenge artistically, and the yearning to learn more made me pack my (now 5) boxes and start over again in a new city. Also, as a human living in Los Angeles and in our bizarre age of social media, the challenge to be respected and passionate are always at odds with the plague of our overbearing society squishing worth in with what we look like and act like. My goals until I leave the planet will always be to stay true to my creative purpose and not let a fart joke slide in the face of it running my reputation. What I’ve found in life is that through the constant cycle of experimenting in mediums, in our own styles, and exploring our own purest identities, do we find the strength to be individuals in a world of copies. That to me, is freedom, even in a chaotic town of Los Angeles.

Today, I work in the music industry, creating visuals across various mediums for artists. I also work as a designer, I teach creative technique workshops, and I’m forever working on the side to become a prominent female voice in the horror industry. Sometimes I even sleep.

We’d love to hear more about your art. What do you do and why and what do you hope others will take away from your work?
My art originally came from personal trauma, intense human emotion, my love of Edgar Allen Poe and the victorian era, and music in general. I went through a lot of difficult situations early on in life and almost had to grow up too fast in many ways. To find relief in my own raw emotions via a visual output became like therapy to me. My work skirts on the edges of obscurity in the sense that I don’t verbally say what it means, and that I want it to be interpreted in whatever way you feel. For me, it’s a release, for some people, it triggers an artistic comfort, a personal feeling, or maybe they just think its “dark and cool.” Art and music are the things that go hand-in-hand for me. For some people, they hear a song on the radio and they get taken to a place mentally or emotionally. It’s the same with art, and I don’t want to dictate where I take them in their own interpretation.

Stylistically I’m a painter first and foremost, so when I was teaching myself photoshop and photography, all of my traditional techniques became crucial to creating my style I’m known for now.

Do current events, local or global, affect your work and what you are focused on?
We’re now literally seen as visionaries, interpreting what the current state of our nation, environment, and planet is. It’s daunting and inspiring. I feel like some of my greatest moments of pain has led to the rebirth of my creative soul wanting to just make whatever I could. Now, we have artists given platforms like social media to put those feelings into pieces, statements, movements. It’s our purpose to stay true to who we all are as voices of visual change, and it’s absolute power to also have such platforms to be artists in this time. On a grander scale, I’m conscious of political and environmental aspects of my work. At a personal scale, I crave to be a visual voice in the predominantly male industry of horror. In essence, there are ways to address both and still be you.

Do you have any events or exhibitions coming up? Where would one go to see more of your work? How can people support you and your artwork?
I show in a few local galleries in Los Angeles, but mainly I’m posting on Instagram. Since working with so many musicians, I can also say you can see my images on Spotify, Itunes, a few sketchy walls in downtown LA, and occasionally behind touring artists as video projections. 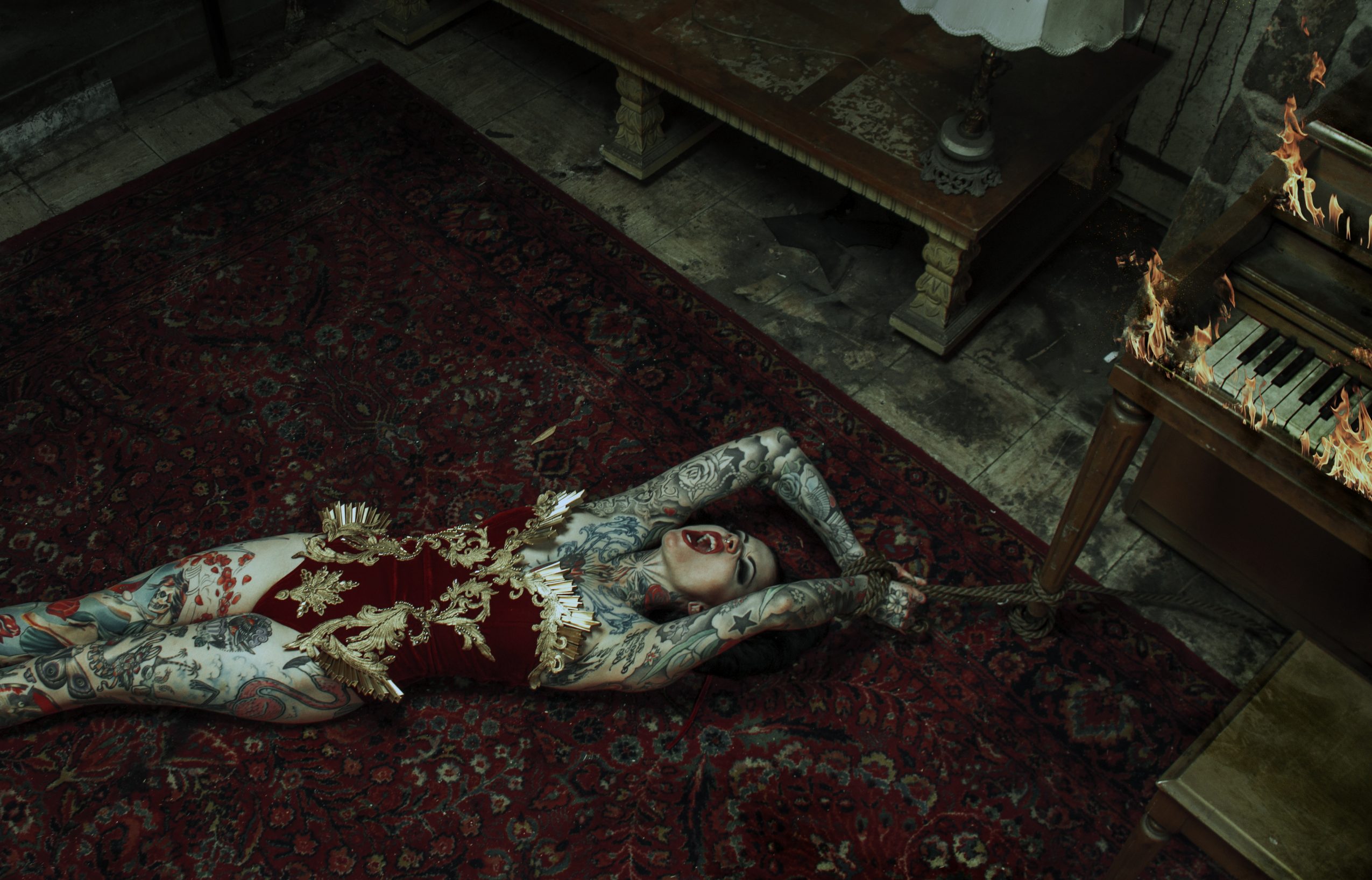 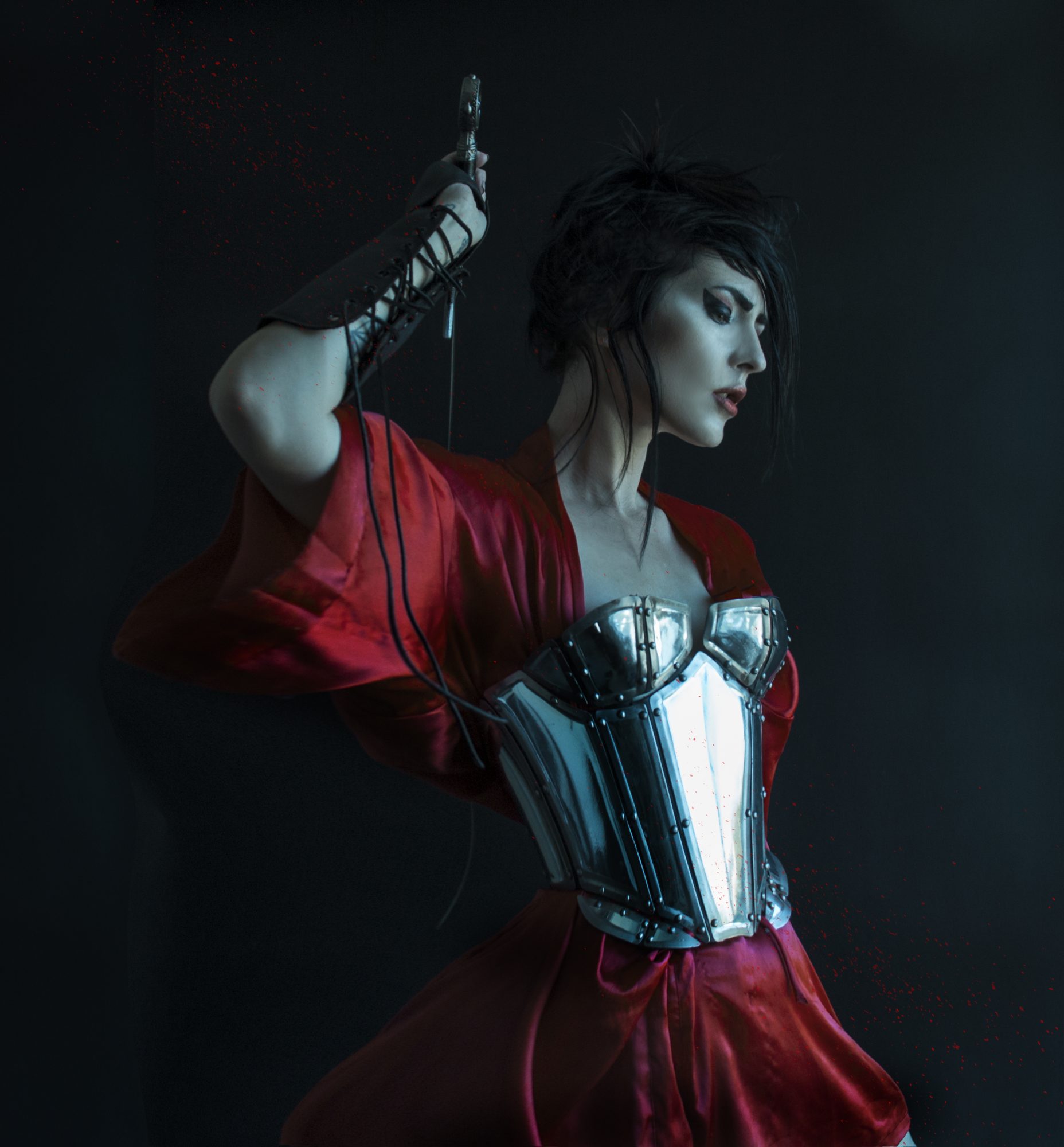 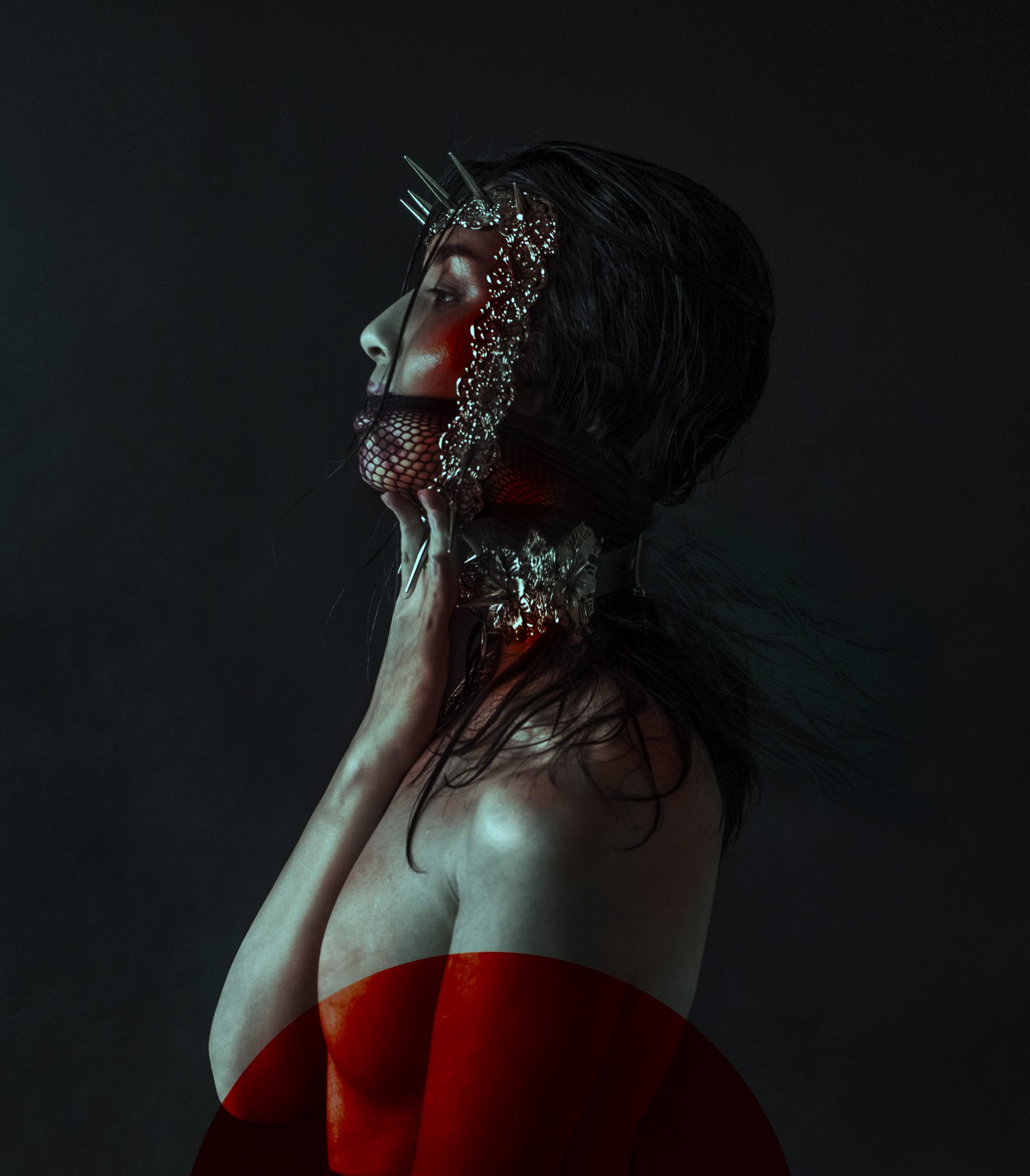 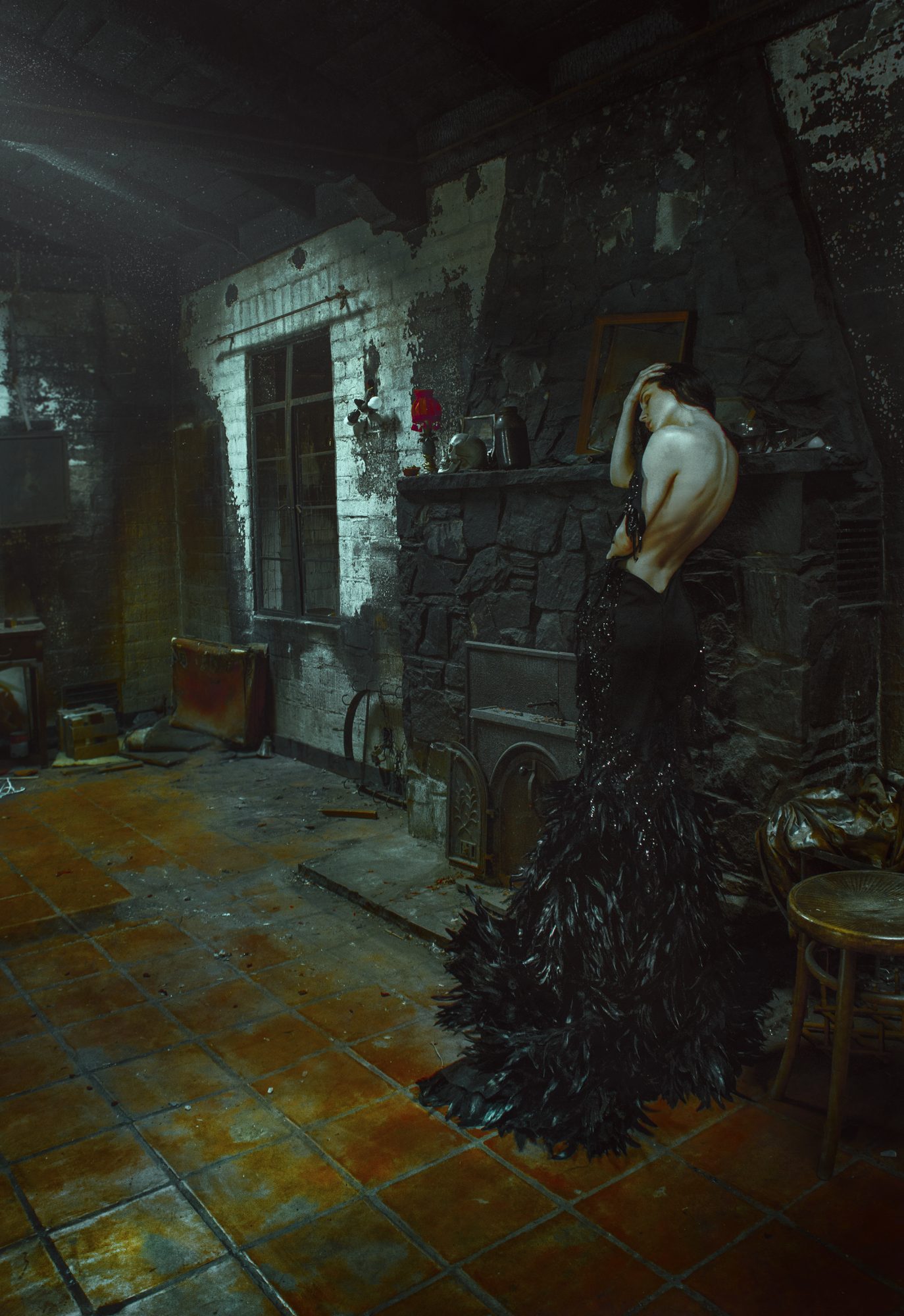 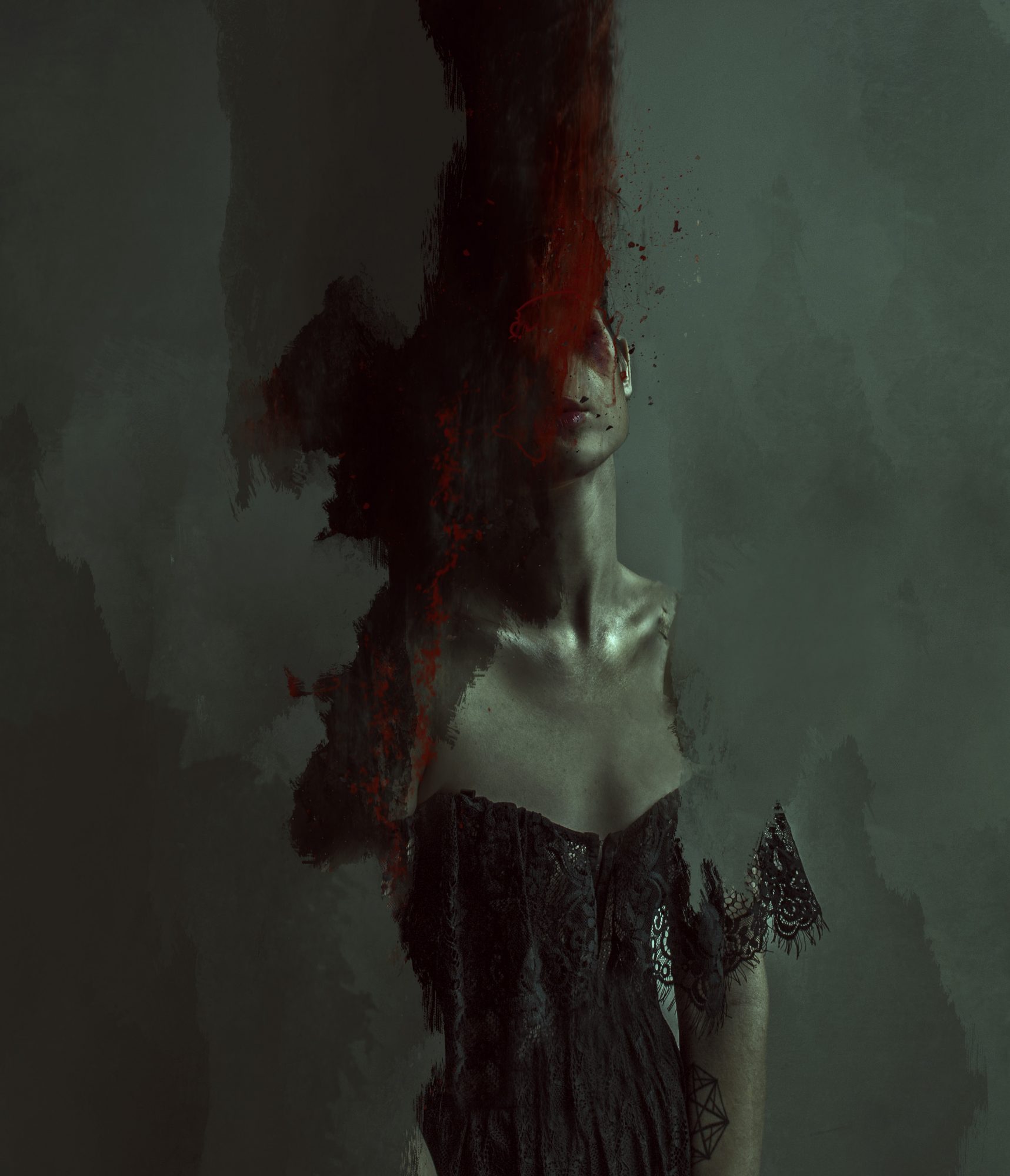