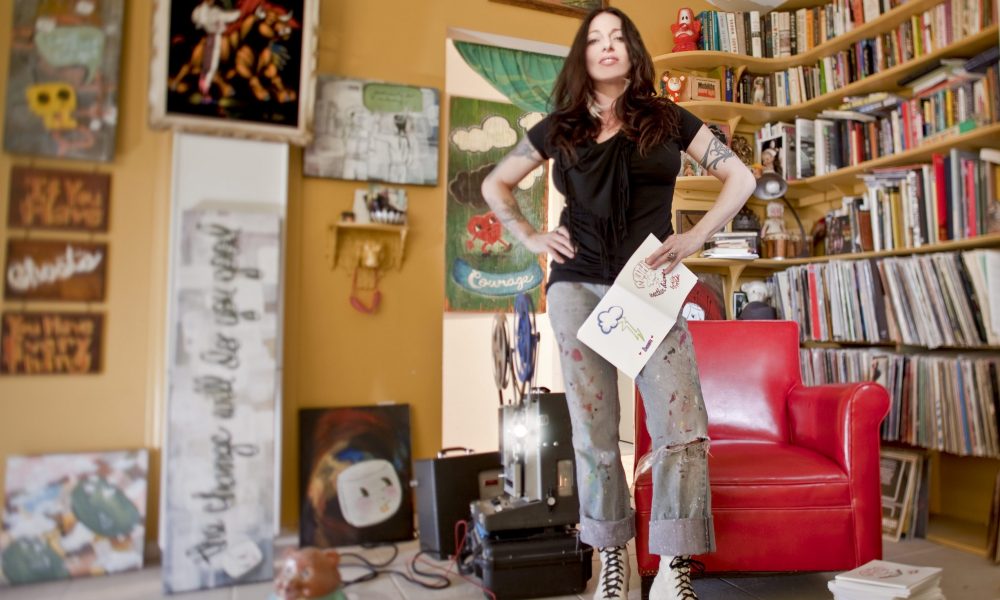 Today we’d like to introduce you to Kate McCabe.

Kate, please kick things off for us by telling us about yourself and your journey so far.
I consider myself a multi-disciplinary artist, but I am best known as a filmmaker, especially for the feature film I shot and directed as a visual album that brought me to the Mojave desert. (Sabbia was released in 2006 for musician Brant Bjork. )The desert is where I decided to settle, and I founded an art collective in my space here called Kidnap Yourself in 2005 where I open my guest space up to other artists half of the year. Immediately in the desert, my work expanded to include paintings, a reinvigorated photography practice, short fiction, and art books, such as my Mojave Weather Diaries, which is a humorous look at life and the emotional barometer that is the dramatic weather in the desert.

My art life truly began with my mom and her commitment to dance. She worked really hard to open her own dance school in Philadelphia in the neighborhood she grew up in. My childhood was naturally filled with music, and movement and her encouragement for my writing. She also loved to oil paint and would paint in the Kitchen At Phila. High School for Girls, I discovered photography and was able to have two periods of art a day with tons of time in the darkroom. Photography led me to study cinema and animation at the University of the Arts. As I fell in love with the moving image, I began to deepen my understanding of collaboration and directing teams to best use their talents to work together. I took time out to help my mom through her breast cancer fight and was able to continue on later to study Experimental Animation at CalArts where I received an MFA. Studying at that level really made me understand how all of my nurturing influences came together: dance and the nature of rhythm made me a better editor and animator, photography and my love of composition led me to become my own cinematographer, my childhood love of story brought me to have confidence in my writing voice, my love of music expanded to experimenting with sound design. The beauty of continuously doing gives me the ability to see how my art skill sets keep developing intuitively and informing all the aspects of my work. I really love making art. I just can’t help it.

Can you give our readers some background on your art?
I’m excited about my art right now even though life can get in the way sometimes. I make films, paintings, photographs, books, and short stories. It can be an isolating process and a dynamic one. My films often take a long time to make and can be very expensive, especially when I commit to shooting on film. While being frustrated by this, I started keeping a sketchbook diary about life in the desert that became the series I published in 4 volumes as the Mojave Weather Diaries. The same thing with painting, when I could not film, I realized I could make use of scrap wood and art department supplies, and I began painting a series of cartoon characters that quote Cheap Trick songs or say very wise things. The greatest gift of being frustrated with being unable to film, got me to recognize my best and most available tool is a pen, and with a pen, I will always be able to create. It was a very freeing discovery!

With my writing, I also uncovered a local female poet who homesteaded in my neighborhood of Yucca Valley, and I feel I get to further her legacy as a modern storyteller in the desert giving credence to a feminine perspective on life here. These stories are now published by a desert magazine called the Luna Arcana, and I make photo collages to accompany each piece as well as do public readings. My last major book took seven years to compile as I photographed vintage telephones out in unexpected landscapes and paired each photo with flash fiction to not just fetishize this device but to highlight all the ways we may have trouble communicating. As a landscape work even capturing forgotten phone booths out in the wild, the metaphors for our desire to be heard are tangible. The Phone Project was published as a full color, a 110-page hardcover art book with a very kind introduction written by John Law, a San Francisco art maverick. I also do a series of ghost photographs that people have been collecting now that represent the veil between the worlds. The apparitions as photos riff on the idea of the Camera Lucinda, that all photos become a moment that haunts us.

My last few films have been on the serious side. My latest one made during an art residency in East Berlin where the Stasi (secret police) were headquartered is my first all-digital time-lapse film centered on the shadows traveling through the urban space. It takes the idea of shadow and surveillance and the psychic impact it has on the neighborhood where informing on your neighbors reached its height. Titled “There are No Shadows in East Berlin,” I was able to premiere it there this past autumn. My last 16mm film “You and I Remain” addressed the Anthropocene and used found archival sounds about the benefits of radiation in the atomic age. The film as a landscape focused time-lapse piece was meant to act as a message to the future about loss. This film was a heavy, thoughtful piece to make and it inspired me to take 8 of my short films, 3 of which are short comedic Love Letters and do a tour. Instead of waiting for approval from a film festival, I reached out to microcinemas and schools and brought my work to them. The tour was called “Romance, Apocalypse and Moon Landings” and I made 12 stops over a 2.5 year period: MassArt in Boston, Anthology Film Archive in NY, to microcinemas everywhere from Tucson, Arizona to Austin, Texas. I even recently traveled to 4 different art schools throughout Portugal and gave presentations of my films to cinema students. I am now developing my weather ideas into a long-form film because I keep discovering the power of telling desert stories.

My most recent and last solo art show encapsulated our current problems with nuclear proliferation and was titled. “The Doomsday Optimist. ” Shown at Taylor Junction in Joshua Tree, CA, it included large scale nuclear bomb collages, Reagan jokes, nihilistic prayer flags, a pinball machine with a bomb where you would normally keep score, and slices of gooey cake floating in empty chaotic voids as symbols of hope during dark times. The cakes became very popular, and since then I have painted over a hundred slices of cake and am thrilled that they have resonated with such a wide audience. I returned to my residency in Berlin at Lichtenberg Studios and kept painting cakes, this time local German ones. There the residency asked how to put the idea of hope and the dessert images together out in the city, and they printed stickers from my painting designs with the word “Hope” emblazoned on them. Through the natural process of work, my very first street art project was born, and I was encouraged to sticker bomb the city, and I did. I actually made a short run of stickers to post during a desert art biennial to continue spreading symbols of hope around.

The past year working with the concept of optimism visually and knowing that it makes people think and smile has been the most rewarding. I’m hoping to continue the sticker campaign and keep sending them around to my friends all over the states to put up themselves. Its a chaotic time in the world but also one still with a lot of beauty, so if I can keep spreading optimism in any way I will.

Artists rarely, if ever pursue art for the money. Nonetheless, we all have bills and responsibilities, and many aspiring artists are discouraged from pursuing art due to financial reasons. Any advice or thoughts you’d like to share with prospective artists?
My art process as a filmmaker and photographer is all about expensive techniques, and it’s definitely why my independent short films can take a long time to make. To say it poses a financial challenge can be an understatement. My gift of art discovery through determination was that no matter what I couldn’t afford: be it framing, lab costs, or making prints, I had one valuable tool that cost me nothing to use: the pen.
I realize that not all people are drawn to writing, but knowing that pen and paper are always available, should give others faith to keep going. I straight up published a sketchbook diary and found an even broader audience for my work through storytelling. I even paint in the kitchen like my mom used to do when I can’t afford to heat or cool my garage studio space.

Art can be really risky as an investment of time, energy, and money. I’m at a point where I keep pushing myself to take risks, and I don’t flinch as much as I should at the debt I incur. Part of this is founded in the belief that I never want to regret not going for it because my student loans held me back. Investing in yourself is the best advice I can give, and don’t forget to use the pen when you may feel you have nothing else. You got to keep doing the work because a strong work ethic is at the root of all good things.
If you can adapt to challenges, you will always thrive.

What’s the best way for someone to check out your work and provide support?
You can see my work on my site and my films on my Vimeo page:
https://www.kidnapyourself.com/

I will be showing some new films on a mini film tour headed to Albuquerque, New Mexico this May with fellow filmmaker Aimee Jennings. An essay about my last tour can be enjoyed here: http://www.ercatx.org/kate-mccabe-and-the-deep-dark-void/.

For painting inquiries and Cake commissions, I can be reached by email at info@kidnapyourself.com.

My comic character based work is shown in the traveling Tumbleweed Art Gallery that goes to events throughout the high and low desert.

I’ll be in a hair-themed group show this May at LaMatadora gallery in downtown Joshua Tree.

I also will participate in hidesert Art Tours this year and will open my studio as part of a desert wide open studios event spread out over a few weekends in October. The dates are to be announced soon.

If I’m able to print more Hope stickers soon, I’d love for people to reach out to my email and get on a list to receive them to put around their neighborhoods. We put some up in Brooklyn on the route my friend takes to her oncologist to make her smile, and I’d love to keep spreading the optimism of the cake slices around. 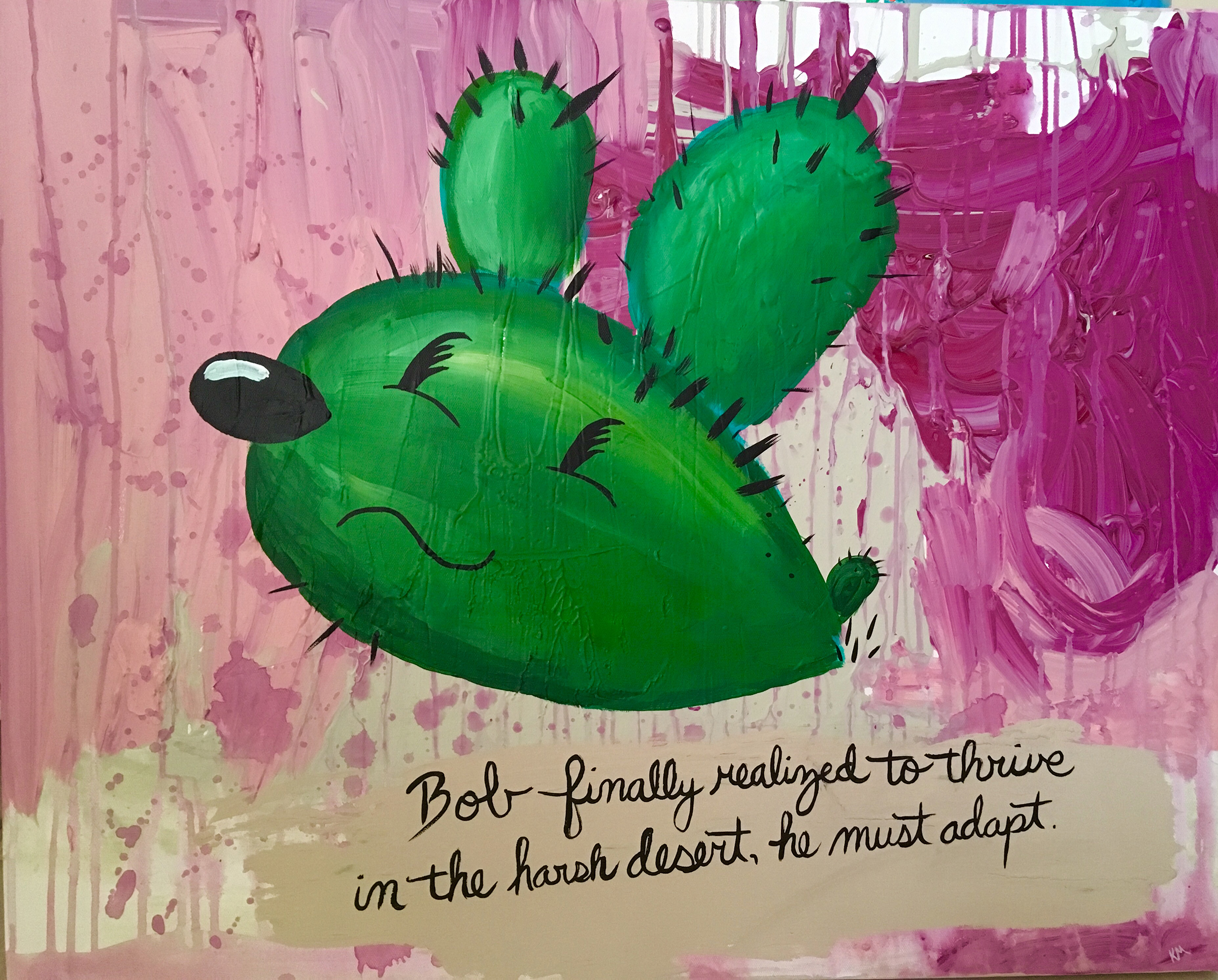 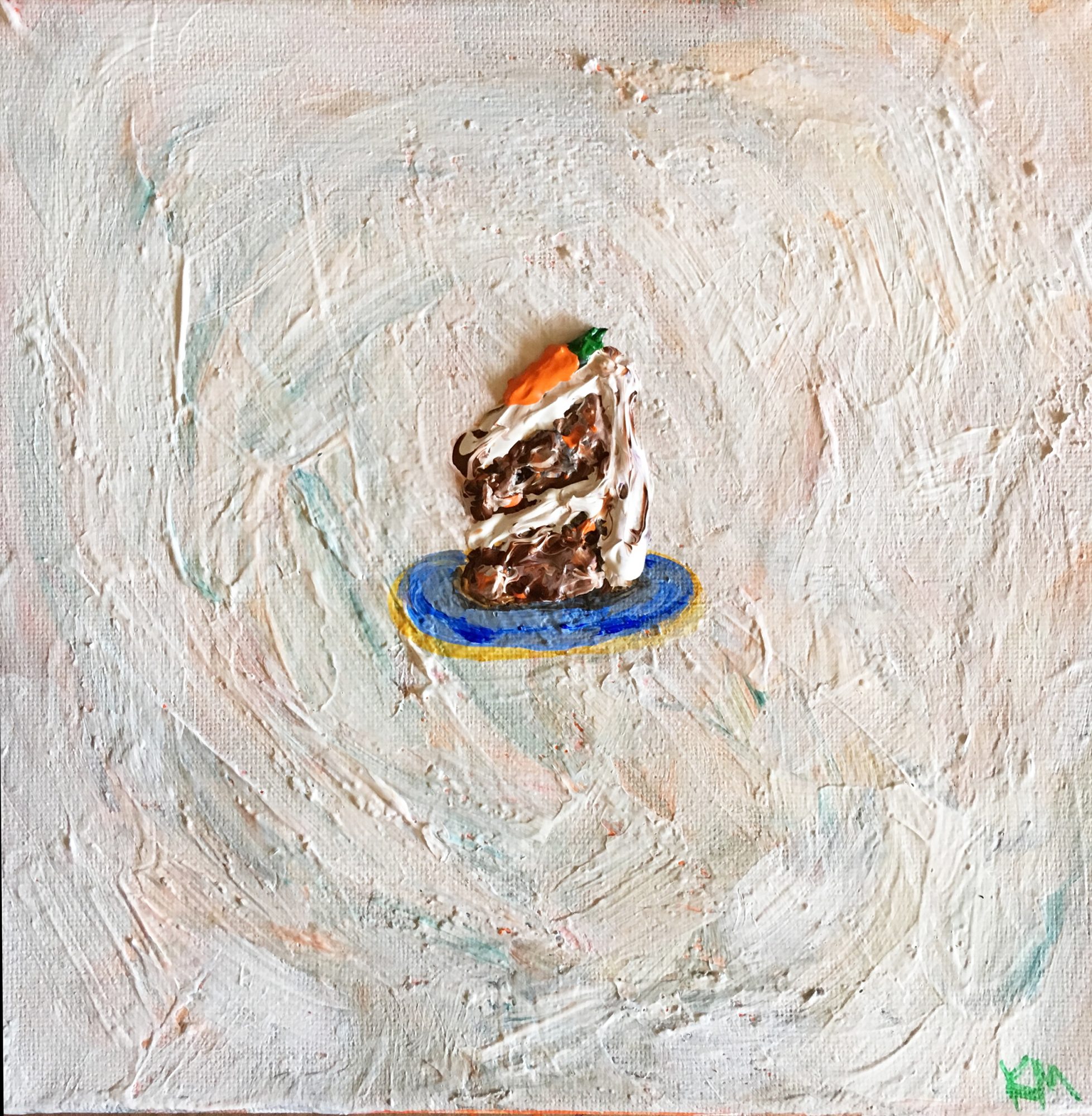 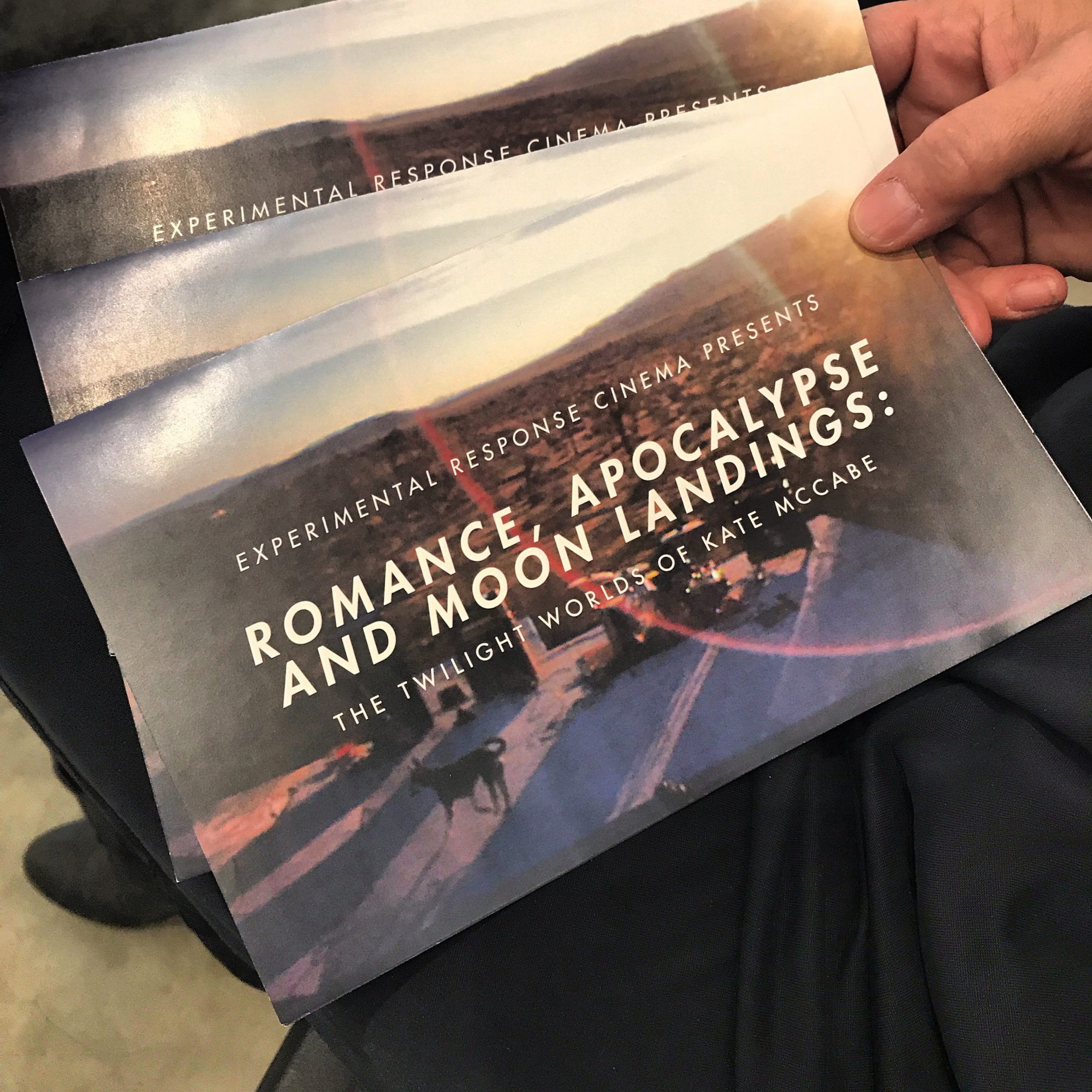 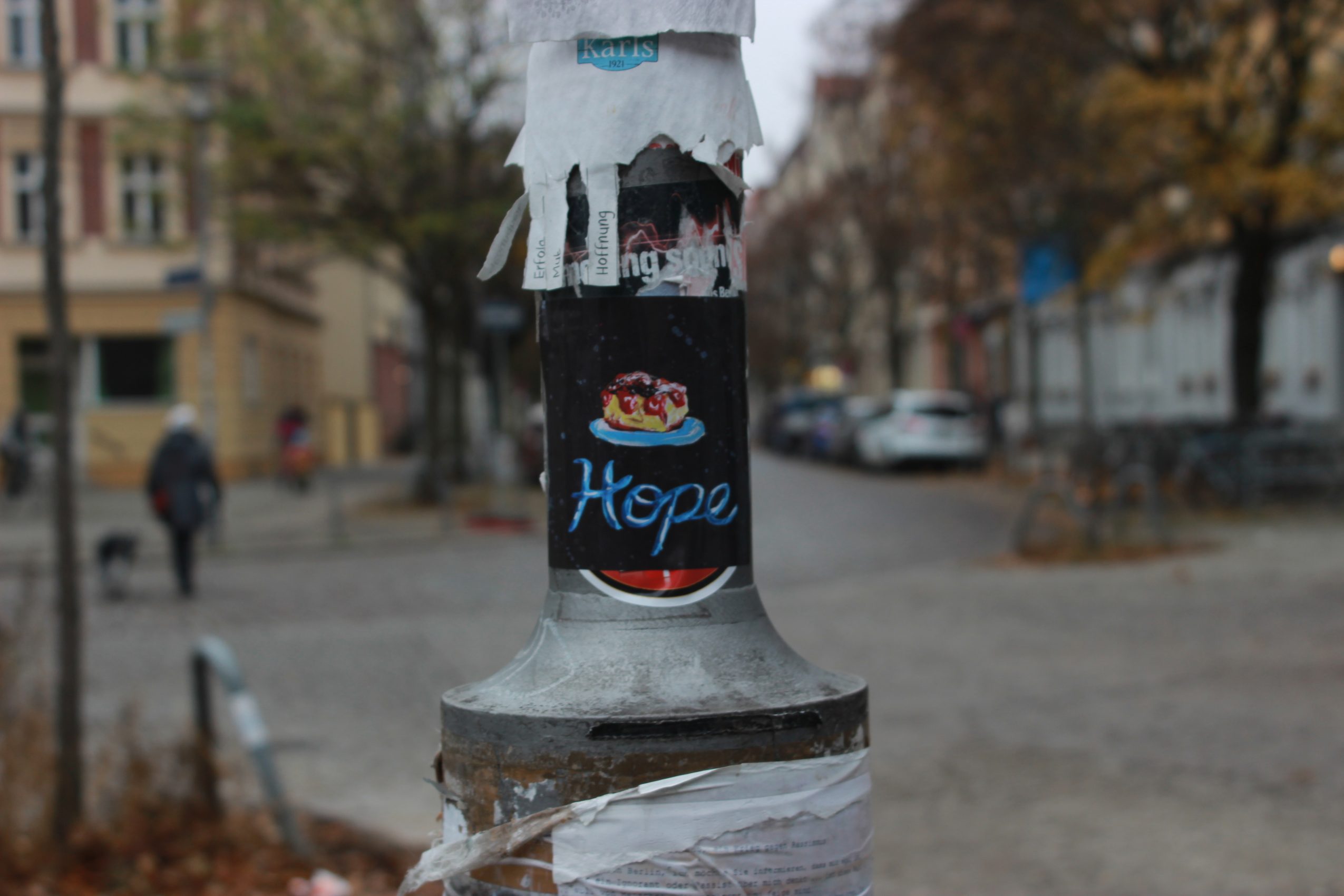 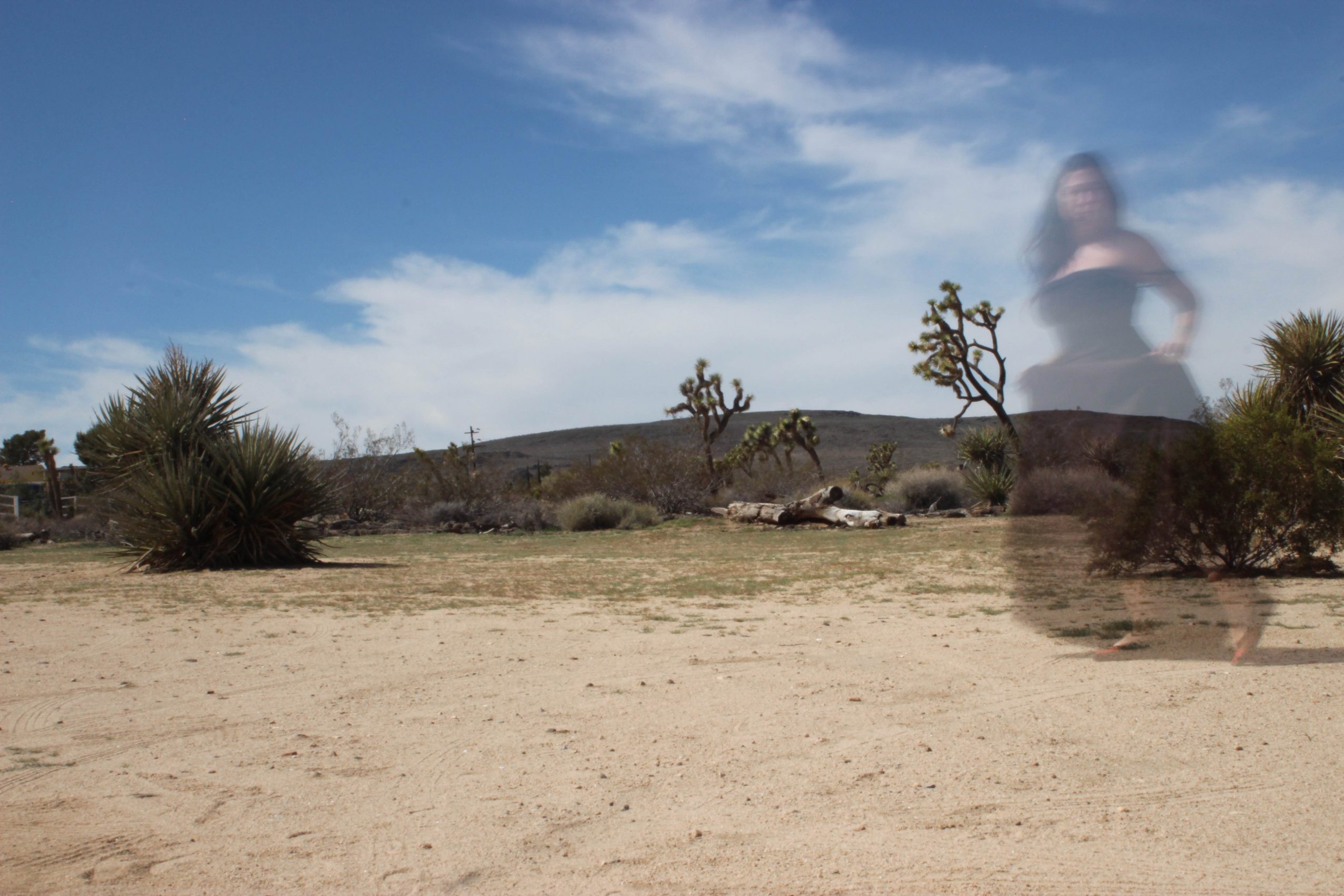 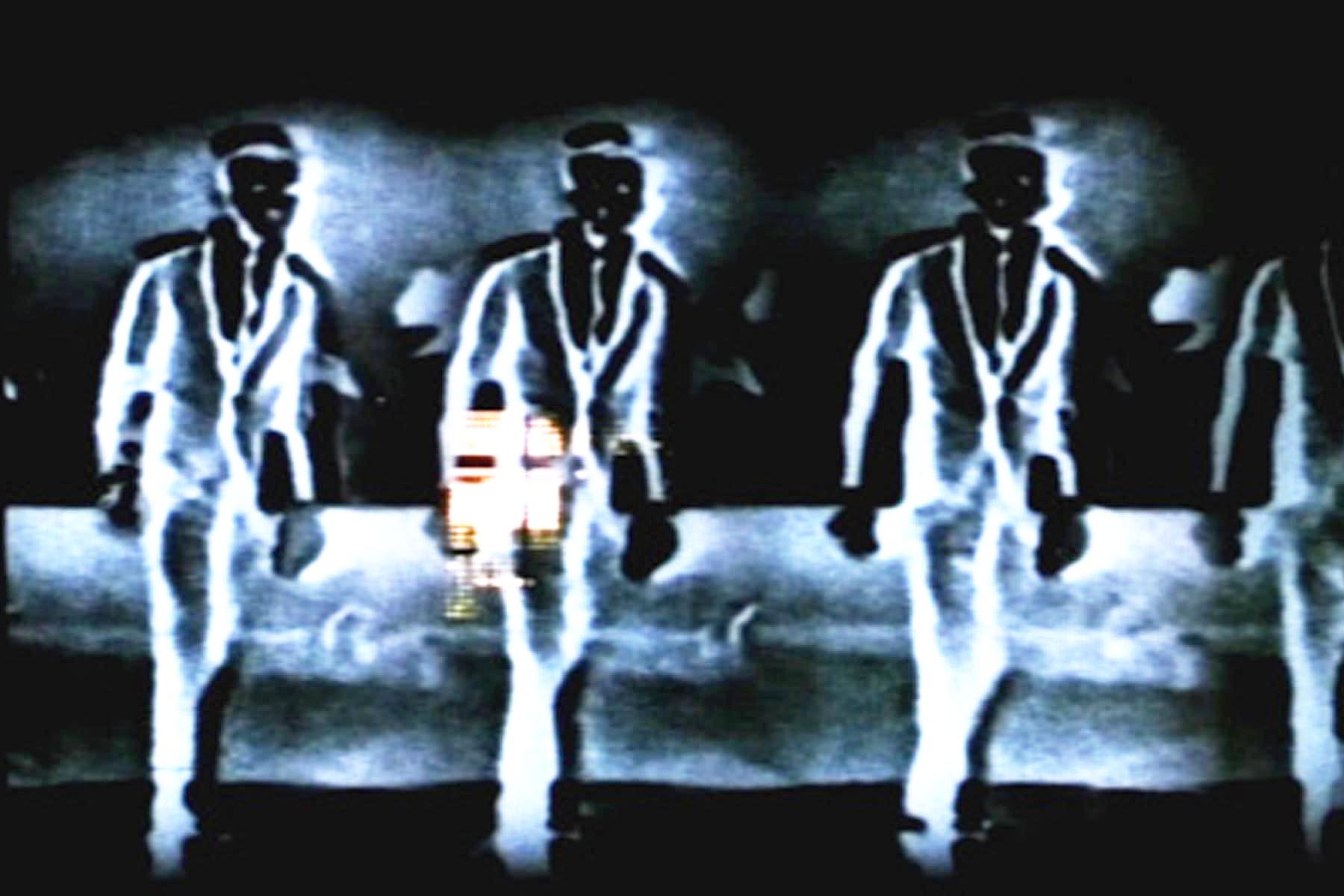 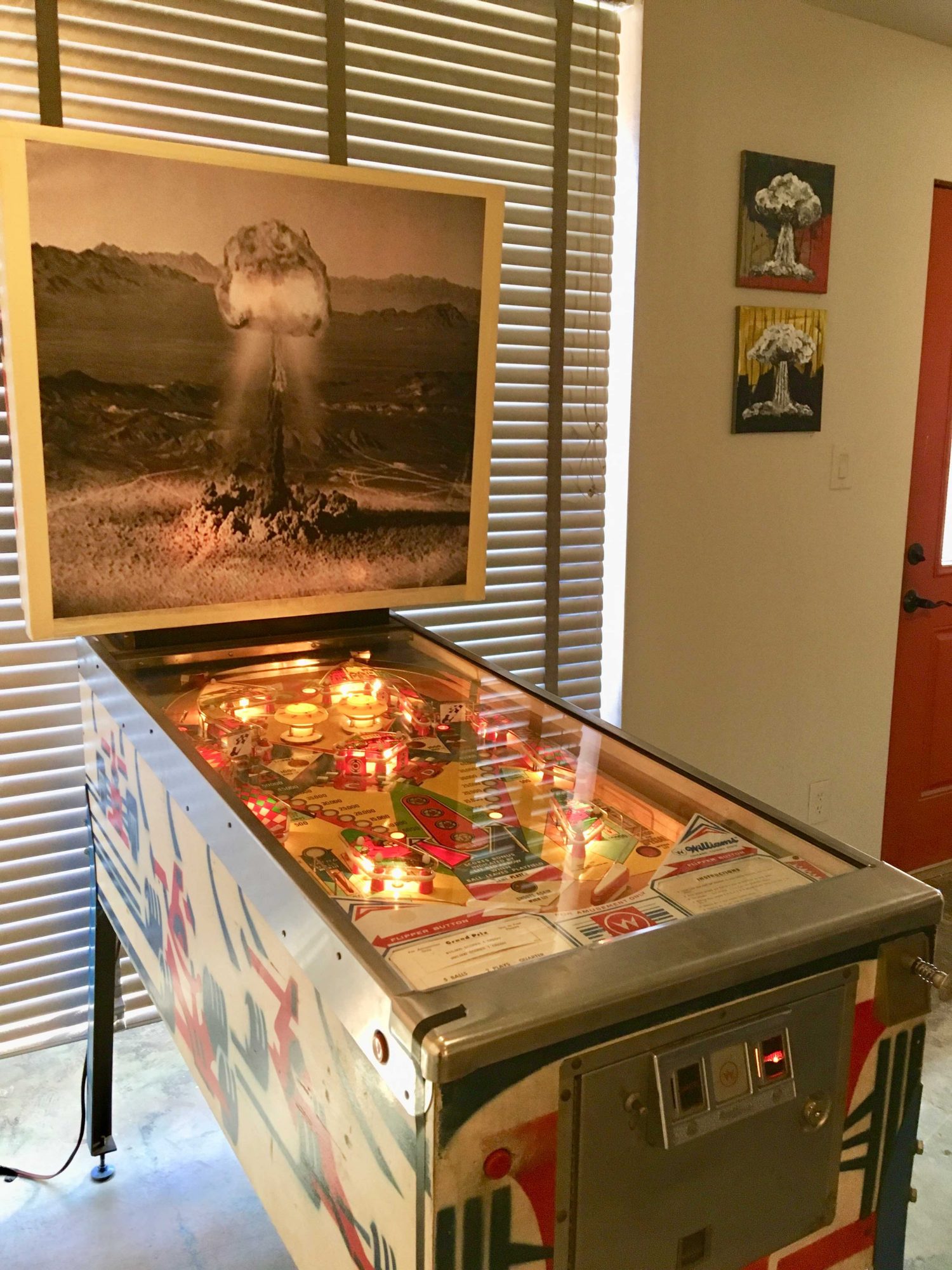 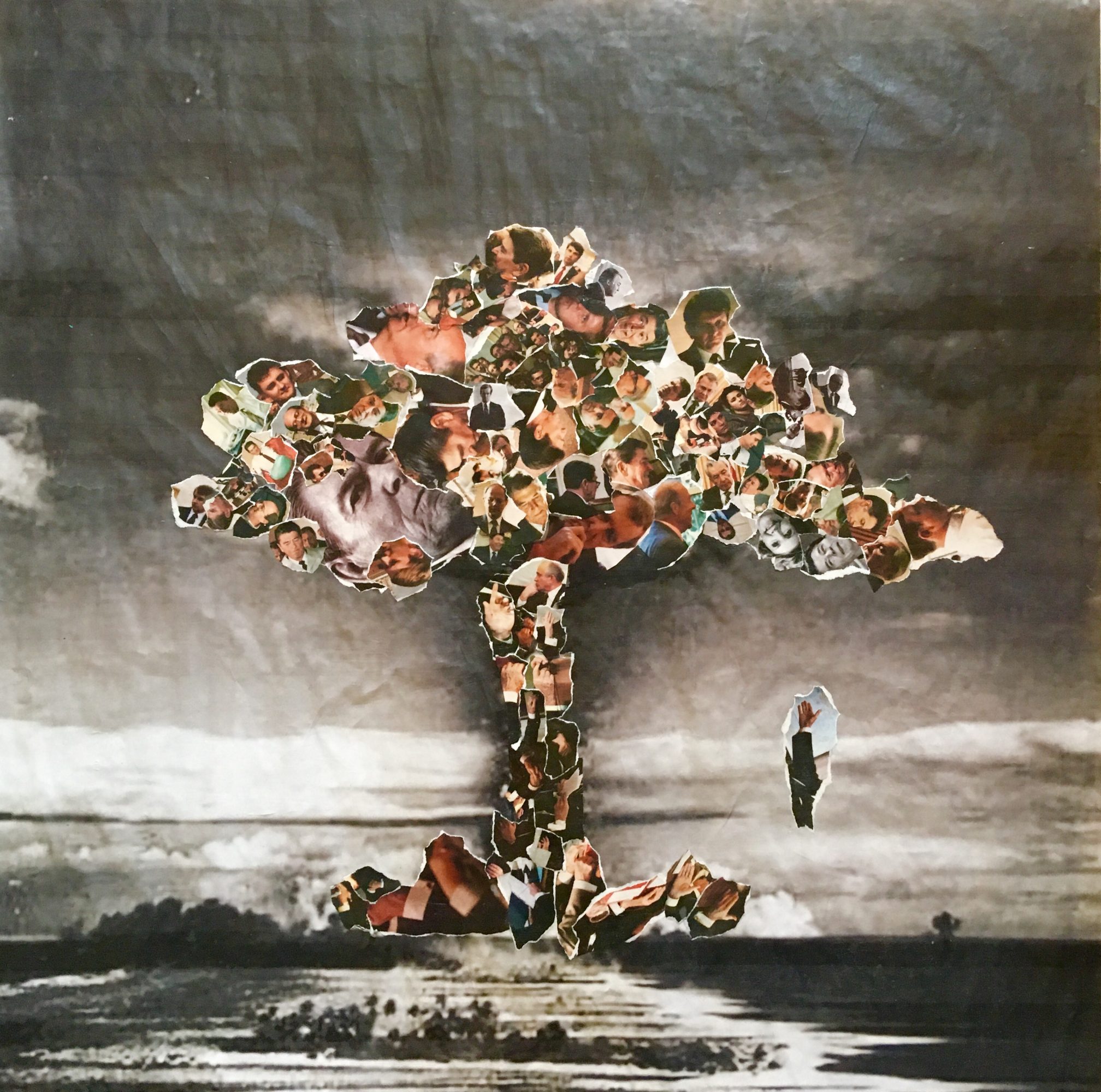