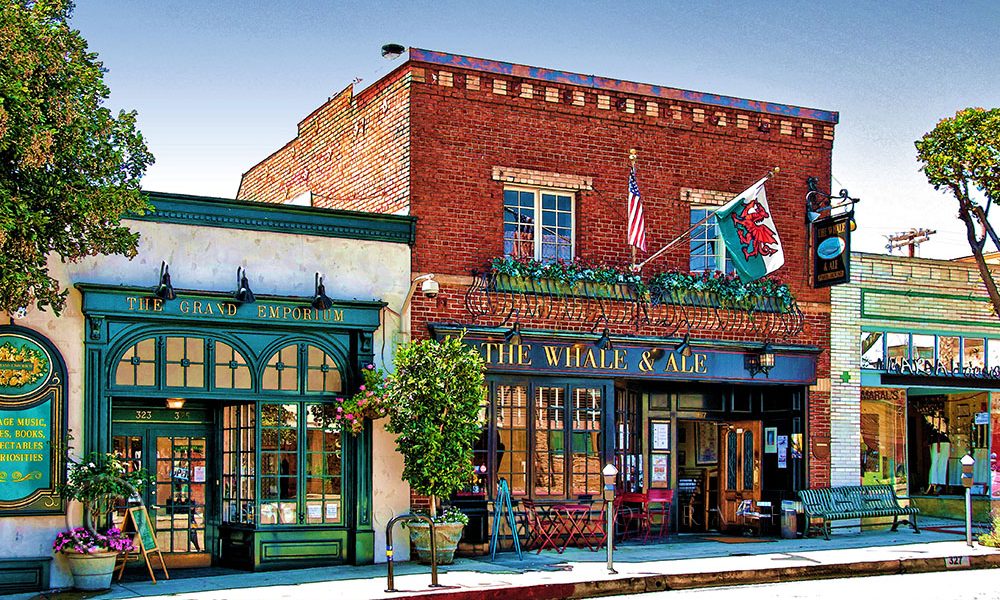 Today we’d like to introduce you to San Pedro, CA’s The Whale & Ale.

I imagine many of your best customers don’t even know the story behind The Whale & Ale – can you share some of that story with us?
I moved to Southern California from London in April of 1985, after being Banquet Manager at the Café Royal, Regent Street, London. Arrived in Los Angeles, worked briefly in front of house at The Beverly Wilshire Hotel, before joining Jacopo’s Italian Restaurant on Beverly Drive at Santa Monica Boulevard.
Straight away, became involved in local Community activities, was soon Vice President of the Beverly Hills Restaurant Association, which (amongst many other activities), started the Taste of Beverly Hills in Roxbury Park each summer.
I rose to become Operations Director of the Jacopo’s Group. During my six years there, a further four Restaurants were opened.
Having risen as high as poss., I transferred to a new job with giant restaurant group: Restaurants Unlimited, Inc. based in Seattle, Washington. Initially was manager at Kincaid’s, San Francisco, before transferring to Cutters in Santa Monica.
After two years there, head-hunted to Sony Pictures Entertainment in Culver City. Responsible for all Food & Beverage Operations at The Culver Studios on Washington Boulevard.
Facing fourteen years of large losses, I turned Food & Beverage facility into a profit within ten months. It remained the only Food operation operated by Sony Pictures & not contracted to outside Catering Company.
While I was at Sony, feeding rock stars and actresses, My wife Adela developed the plan to take over The Whale & Ale in San Pedro.
This culminated in our re-opening its doors on December 4th 1995, over twenty years ago.
Since December 1995, the Whale & Ale has been successful in many areas:
It is honored each year by both The California Restaurant Writers & the Southern California Restaurant Writers who awarded it ‘Most Promising Newcomer’ in 1988.
Elmer Dills and his Channel 7 News Team have featured it during a TV show on the delights of the British Pub in California.
Merrill Schindler has given the Restaurant a Glowing 3 star revue, and the Zagat Guide to Southern California also praises the Cuisine & ambiance of the Restaurant.
It is regularly featured as a local business to quote in the LA Times, Daily Breeze, PV Peninsula News and Long Beach Press Telegram.
The Whale & Ale has been a pioneer of website design, launching its own website in November 1996, when such things were unheard of for Restaurants in Southern Los Angeles. Now whaleandale.com is visited by well over 93,000 visitors per month.
Andrew became involved in the local Chamber of Commerce and was quickly asked to be Vice-President in charge of Economic Development.
He continues as Director of the San Pedro Business Improvement District for two terms since its inception, & Secretary for the first term.
The Whale & Ale is proud to lead local businesses.

Every story has its ups and downs – what are some of the difficulties you’ve had to deal with over time?
Biggest challenge has been building and retaining a very large database of regular, loyal, return Guests.
San Pedro is looked upon as the industrial/port zone of Los Angeles, and not widely known as the extremely historic, (first settled area of LA by non-native Americans), area with a thriving Arts & Restaurant district.

The best part about independent spots, in our view, is that they are able to think outside of the box and experiment with new ideas, take risks, cater to niches, etc. How does that apply to you guys?
It is our uniqueness that explains our success.
Southern California has very few authentic British upscale pubs/restaurants.
Our is entirely oak-paneled with pub carpeting & a baby grand piano.
There are many stained glass features & brass bar fittings.
The ambience is totally unique, (at least to Southern California), and not just in my opinion, but in the opinion of almost everyone who visits it.
Unique dishes abound: Steak & Oyster Pie, Welsh Rarebit, Sherry Trifle for example.
Rare but not exclusive are Beef Wellington, Sausage Rolls, sautéed Sand Dabs and other dishes.
Also very hard to find draft beers & ales, such as Old Speckled Hen!

Parking Advice:
Street parking outside the front & our own gated free parking lot behind the restaurant; use the alley between 7th & 8th Street; (enter restaurant through back-door).

Happy Hour:
Monday to Friday 5 to 7. All our tap beers & ales reduced, so are house wines, well cocktails and many appetizers!