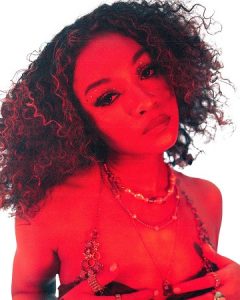 Alright, so thank you so much for sharing your story and insight with our readers. To kick things off, can you tell us a bit about how you got started?
I initially started out sharing poetry and making playlists with underground music on Tumblr. I was using it as a way to cope with the emotions I was going through as a student athlete throughout high school. When I joined the app Vine, I started uploading six second videos of my reactions, jokes, me dancing or catchy lyrics over instrumentals and as soon as they came out with the repost feature, all my platforms instantly went up. I’ve always had a passion for music so before the app came to an end, I released my first single called Wednesday’ – a lot of people loved it, but part of me felt like they only loved it because I had released it.

In 2015, while I was in my freshman year at New York University, I decided to remove it off all platforms and upload to Soundcloud what I would consider my debut single Feels. I wanted to release something into the world that resonated with how I was feeling and was written by me rather than what someone believed I should sound like. The single gained over 4 million streams at the time and that was way more ears than I ever thought would care to listen. I ended up wrapping up my freshman year and moving to the valley into my first apartment in 2018 to essentially pursue my passion for music. During my time in California, I was able to focus on developing myself as an independent artist and release singles like Play For Keeps and Keep You Close. I released my debut EP Wolf in Color in 2020 where I had the pleasure to co-produce with Timbaland and his camp on Candy and receive features from OVO’s Roy Wood$ and South Korean rapper Jay Park. The breakout single for the EP was “All Tinted” and that’s the song that really made people be like “okay, this is Wolftyla”. I was really pleasantly surprised to be co-signed by BTS’ V and BLACKPINK’s Rosé upon releasing that record and official music video.

As a follow up to the EP, I then worked with Riot Games League of Legends for a little bit on The Baddest and DRUM GO DRUM. The Baddest won me my first music award (Outstanding Song in Video Game – Hollywood Music in Media Award) and that was followed up with my first songwriting placement going gold for Simon Says on Megan thee Stallion’s Fever album. When we were hit with the global pandemic, I was inspired to return back to New York University to study towards a bachelor’s degree in Music Business under the Steinhardt program. I completed my sophomore year remotely while still living in the Valley and scheduled all my studio sessions around my online classes. The university gave notice to the students that we needed to return to campus so I moved to Lower East Manhattan to attend my in-person classes in Fall of 2021. During my time under the program, I’ve been able to strengthen my knowledge on the music industry, continue to develop myself as an independent artist and improve my songwriting skills. As of today, I am excited for the release of my second EP If You’re Not Happy, Then Leave, to celebrate my second songwriting/production placement for Ella Mai’s How (featuring Roddy Ricch) and graduate from New York University.

Would you say it’s been a smooth road, and if not what are some of the biggest challenges you’ve faced along the way?
There have been a lot of ups and downs while being an independent artist. A lot of difficult decisions to make and trusting myself that those decisions were the right ones. I’ve had my fair share of betrayal, working with the wrong people and spreading myself thin by overworking…or just trying to be in two different places at once. When I moved to Los Angeles, it was really hard for me to be away from my family – the thought of my younger sisters, my parents, my grandparents all getting older while I’m on the other side of the country trying to be great and reach my potential really ate up at me subconsciously. Another struggle was just balancing being a full-time student and full-time musician… making another commitment to myself when I had already been doing so much was a shock to myself. I had no defining factors for me to return and graduate but it was the struggles I was facing as a vulnerable singer/songwriter in the real music industry world that made me want to go back and find different ways to protect myself. When I received my first songwriting placement, it was the most exciting feeling but also one of the darkest moments simultaneously. I had to deny a buyout after being publicly embarrassed, coerced to stay quiet, fight for my credit, a percentage…all for a piece of work that everyone involved tried to convince me I had absolutely nothing to do with…that was a dark time. It was a lesson learned for me to work with people I trust, to not just hop in the studio with anyone and if I have the opportunity to learn from professors/mentors on how to avoid something like that from happening again…let alone help others avoid “weird music industry behavior”, I’m all ears and all for it. I’ve had my fair share of struggles but that makes where God is taking me so more exciting to look forward to.

Thanks – so what else should our readers know about your work and what you’re currently focused on?
I’m most proud of just to just “be” and I think that shines through in every form whether it’s music, creating online content or just showing up to my 24 hours. What’s been so fulfilling about this journey are the people involved in the “behind the scenes” and those supporting me. It’s incredible to see that some people have been with me since I was playing point guard in high school, some from Tumblr, Vine and now music.

Is there anyone you’d like to thank or give credit to?
I give credit to my mom because her tough love and the moments that pushed me to grow up fast has built resilience for me to even keep my foot in the door when it comes to the music industry. My dad being my basketball coach, teaching me discipline and embedding that competitive nature in me has taught me no goal is too big to accomplish. My little sisters are my rocks but as the oldest, I just feel like my sisters’ keeper. My emo (aunt) taught me sacrifice and creativity…she’s the one who got me into books, coloring, hand-making from scratch and at such a young age. She’s the one who got me to feel this overjoy of happiness when it came to “making nothing into something”. My grandparents are the epitome of “finding a way over an excuse” being that they’re both immigrants who came from South Korea…so all in all I come from a bloodline of wolves. I also have friends that hold me accountable and can accept my “busy” schedule and who I am so that makes it 1000% easier to just show up knowing I have people who care. 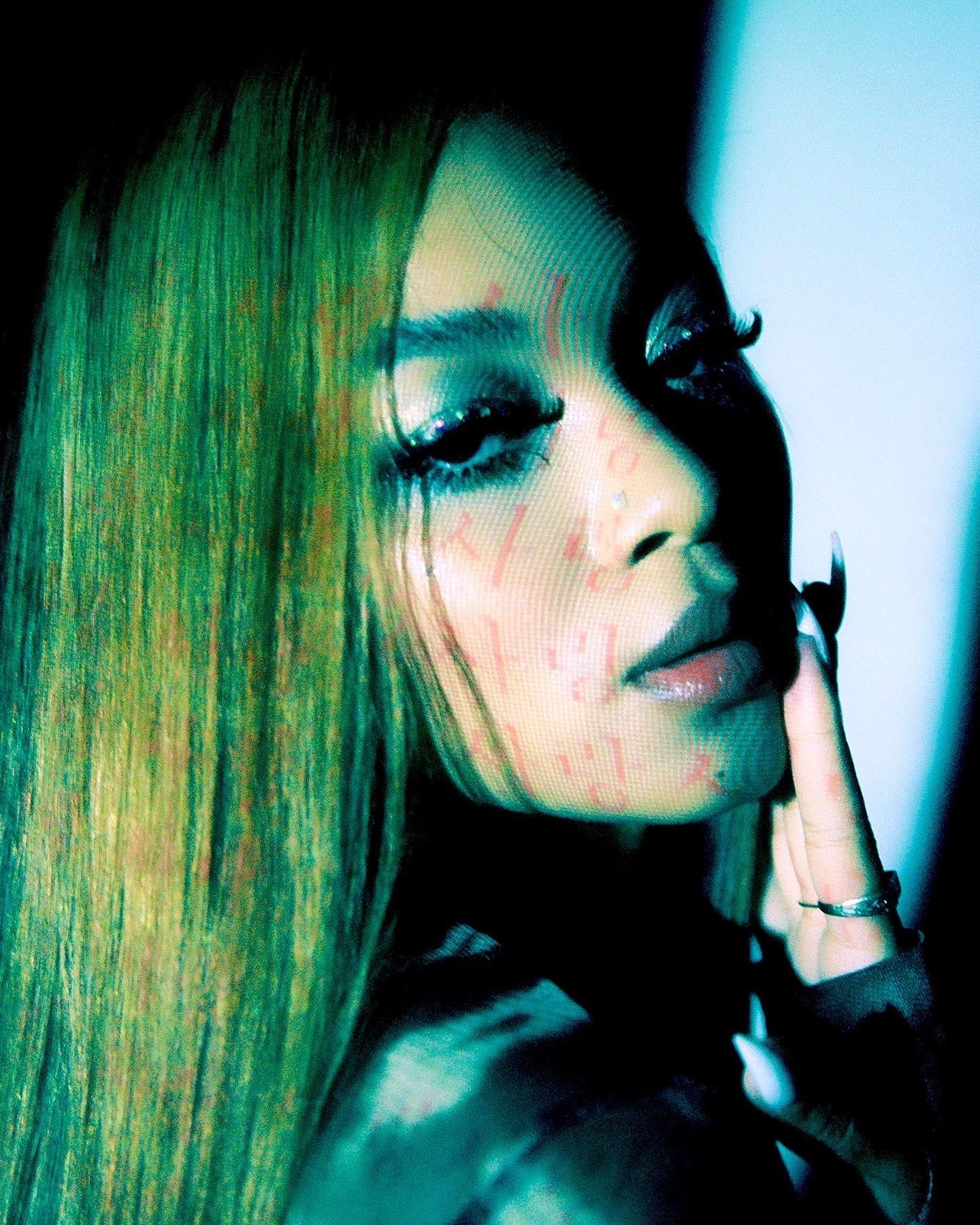 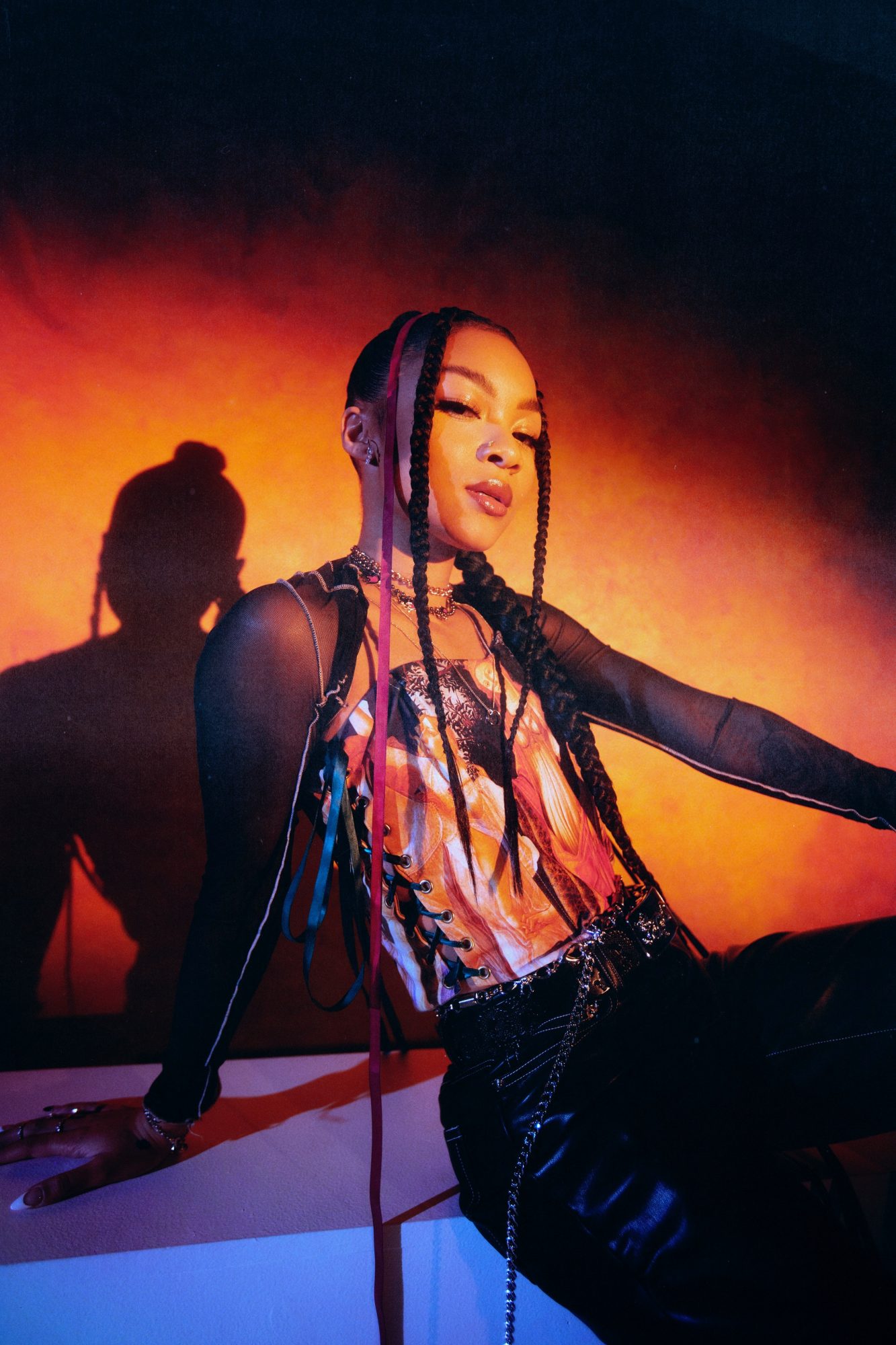 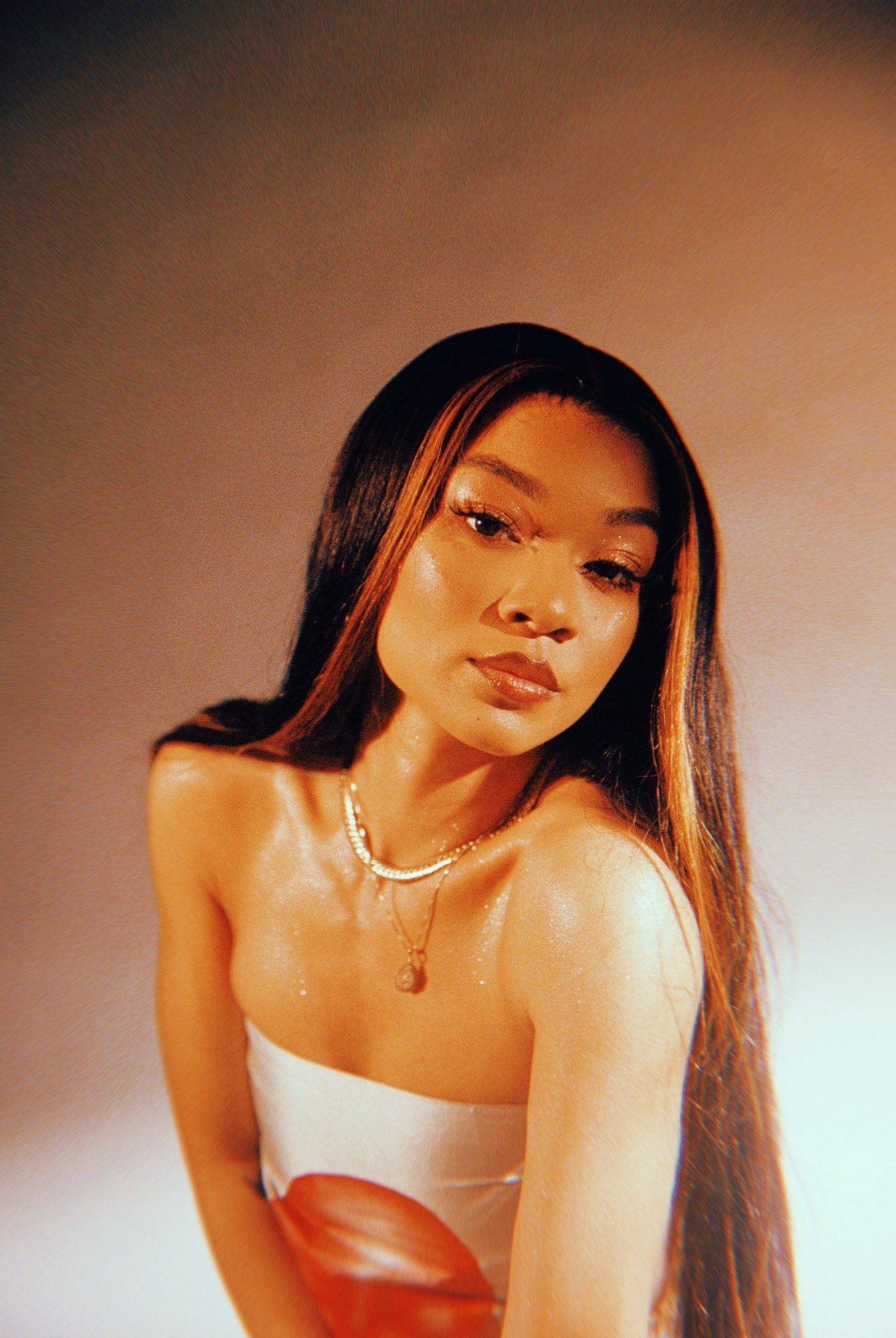 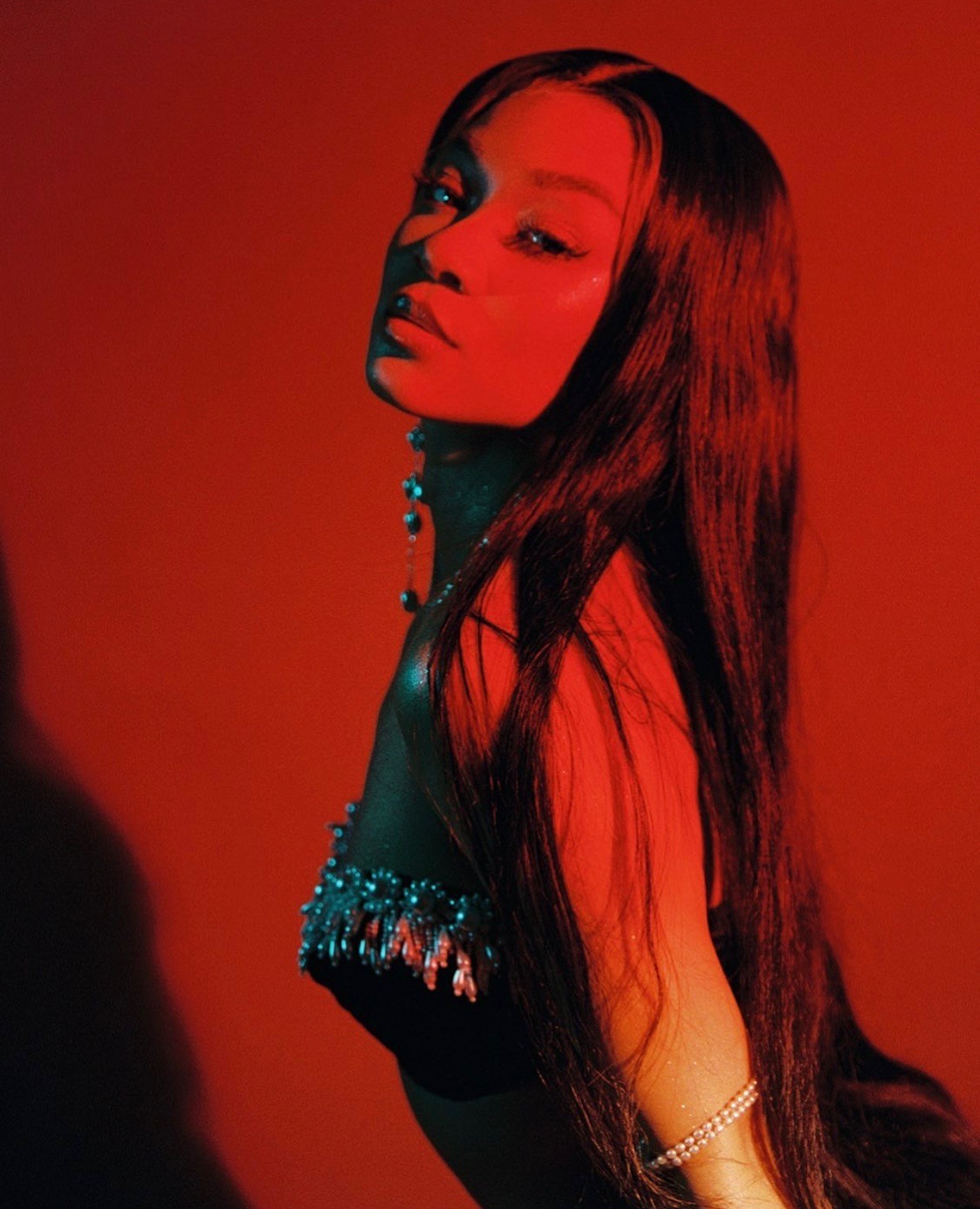