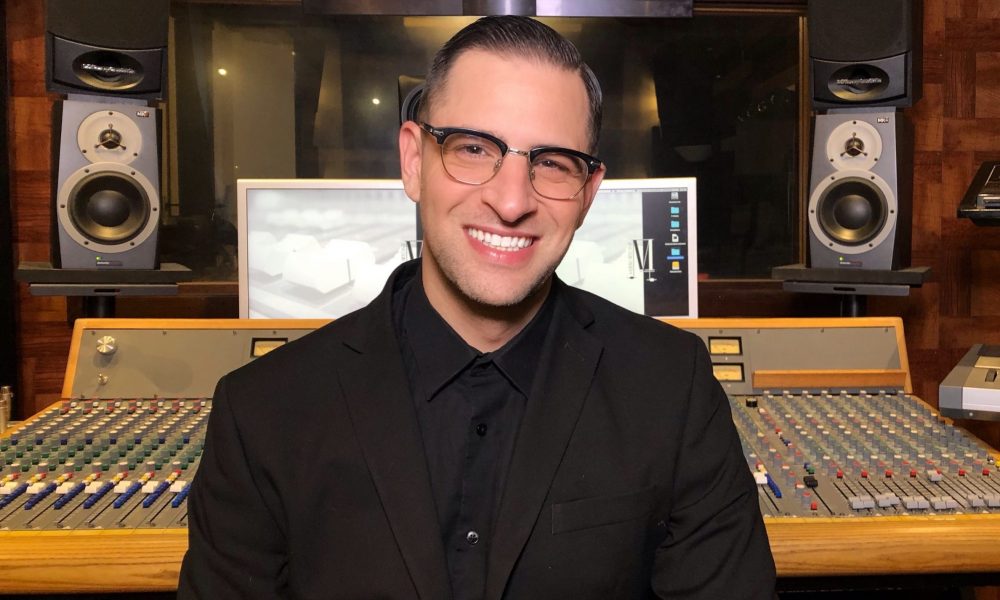 Today we’d like to introduce you to Roman Molino Dunn.

Hi Roman, thanks for sharing your story with us. To start, maybe you can tell our readers some of your backstory.
Ever since I was a young child, I always wanted to be a composer. But it was a rather long and roundabout journey for me to get there/here.

I started music lessons when I was four, and while I studied a variety of different instruments, my heart was always set on being a composer – but back then, I thought that meant being a concert hall composer. So when I went to college, I studied classical music, and I spent a few years coding music software as well as transcribing sheet music for other composers. That work led me to become an arranger, and through that, I found myself essentially living in the recording studio and I started producing records. Eventually, I opened up my own recording studio and audio post-production house, Mirrortone Studios, with a partner in New York City.

I spent time doing all the things one does when operating a recording studio: producing songs for artists, recording bands, composing instrumentals, but also the less obvious things like working with TV shows and advertising agencies to record their voiceovers (or ADR).

I started composing music for some of the commercials that came through the recording studio, and some of those commercials’ directors went on to direct their own narrative projects that I was lucky enough to be brought on for. Likewise, some of my recording clients became successful (I did a lot of songs for reality TV stars) and I was able to grow alongside them as well.

One thing led to another, I moved to Los Angeles, and now I spend most of my time scoring for film and television and producing music for select reality TV personalities.

Alright, so let’s dig a little deeper into the story – has it been an easy path overall and if not, what were the challenges you’ve had to overcome?
It was not always a smooth road. I had a guidance counselor in high school who told me that I would never make a living as a musician, and while I know their intentions were noble, I never forgot that. Interestingly they were half correct, in the sense that it is probably one of the most competitive fields with a majority of the work being undervalued and under-compensated, if at all. Their prophecy came true for a decade; there were many years of living on very little income and all of the struggles that go along with that. Making a living as a freelance musician in New York City was both exhilarating and utterly terrifying. All the while, my drive was too great to give up and my pride too fragile to let it be known. However, I stuck with it long enough to find my stride and in some ways, that guidance counselor helped push me along.

While that all might all sound rather intense, it is the same story I hear from most of my peers. We (musicians/artists/filmmakers) are essentially playing the lottery and banking on something that is not quantifiable.

Thanks – so what else should our readers know about your work and what you’re currently focused on?
At the moment, I’m most proud of the film scores I have written for AI Love You (Netflix), Huracán (HBO Max), and Snakehead (Samuel Goldwyn Films/Roadside Attractions). I love all of the music that I compose for films and produce for artists, but those, in particular, have meant something special because they have reached such a broad global audience. As I was saying earlier, it is very hard for artists/musicians/filmmakers to make a living, but it is even harder for people to be exposed to your work. Generating income from your work is important, but for me, the most fulfilling thing has always been people hearing my music.

As far as what I believe sets me apart, I would say it is the fact that I went to school for classical music but had success as an EDM/pop producer (I use the pseudonym Electropoint). The compositional rudiments that I learned in school coupled with the music technology skills I learned owning a recording studio have made me the versatile composer I am today. The professional journey definitely took a whole lot longer than I would have imagined as a child, but I certainly wouldn’t trade it for anything.

I used to see it as a problem that I worked in seemingly dichotomous genres, and it is why I first started using the pseudonym Electropoint. I was producing songs for drag queens on Ru Paul’s Drag Race, and I was afraid that film directors would think I couldn’t write orchestral music, so I didn’t want to use my given name. Now it turns out that having both skillsets is an asset for many projects and I am learning to embrace my musical experiences. 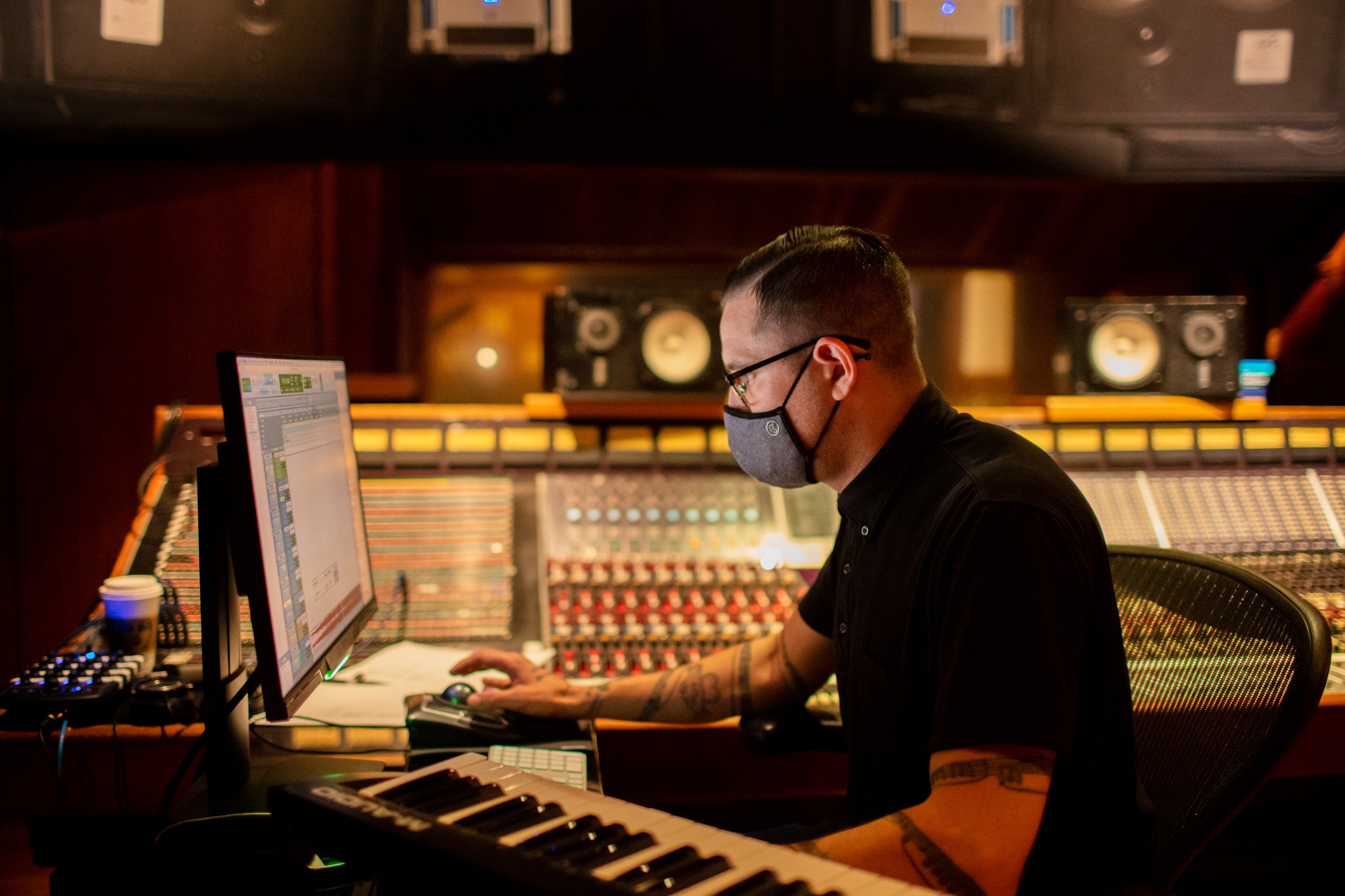 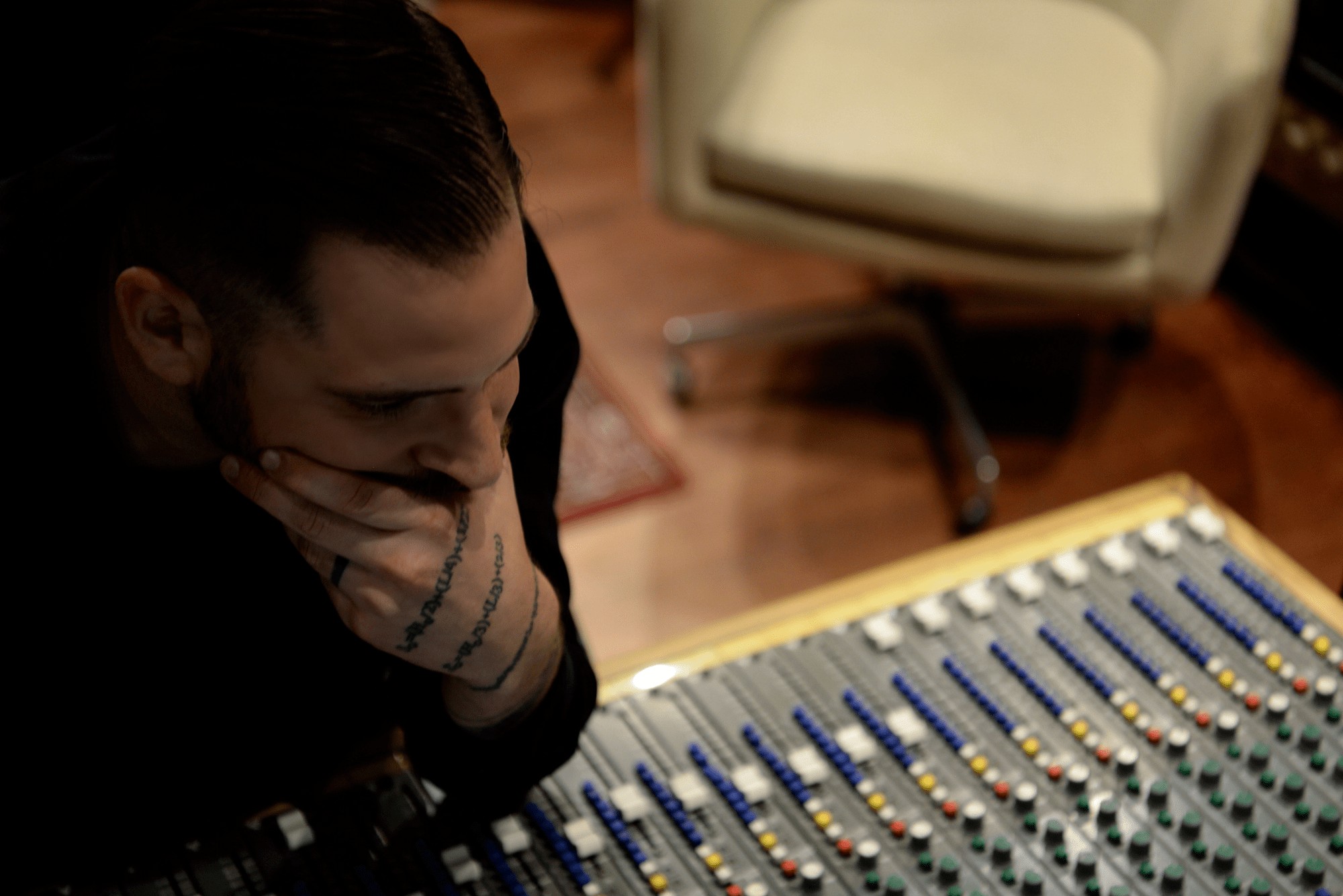 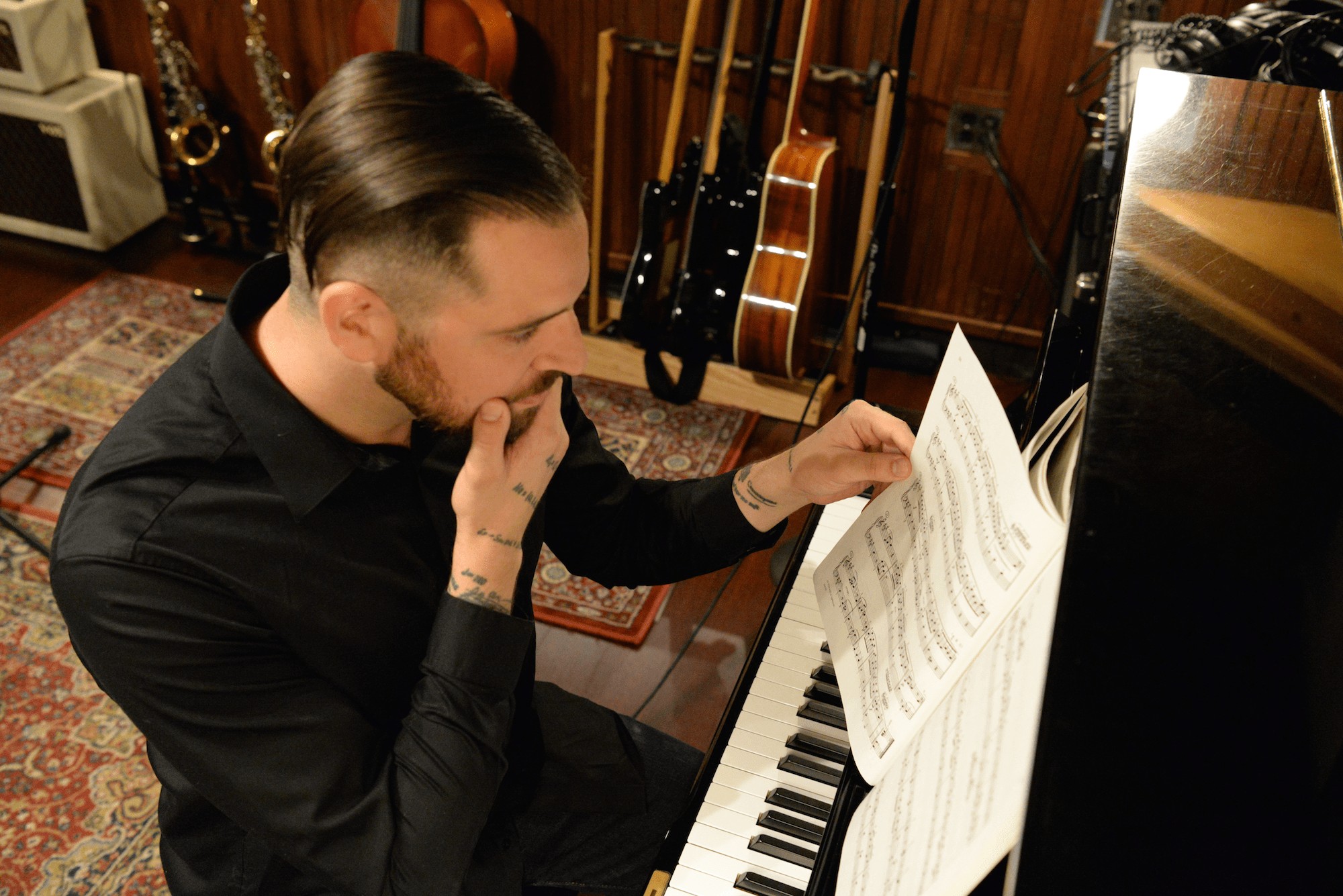 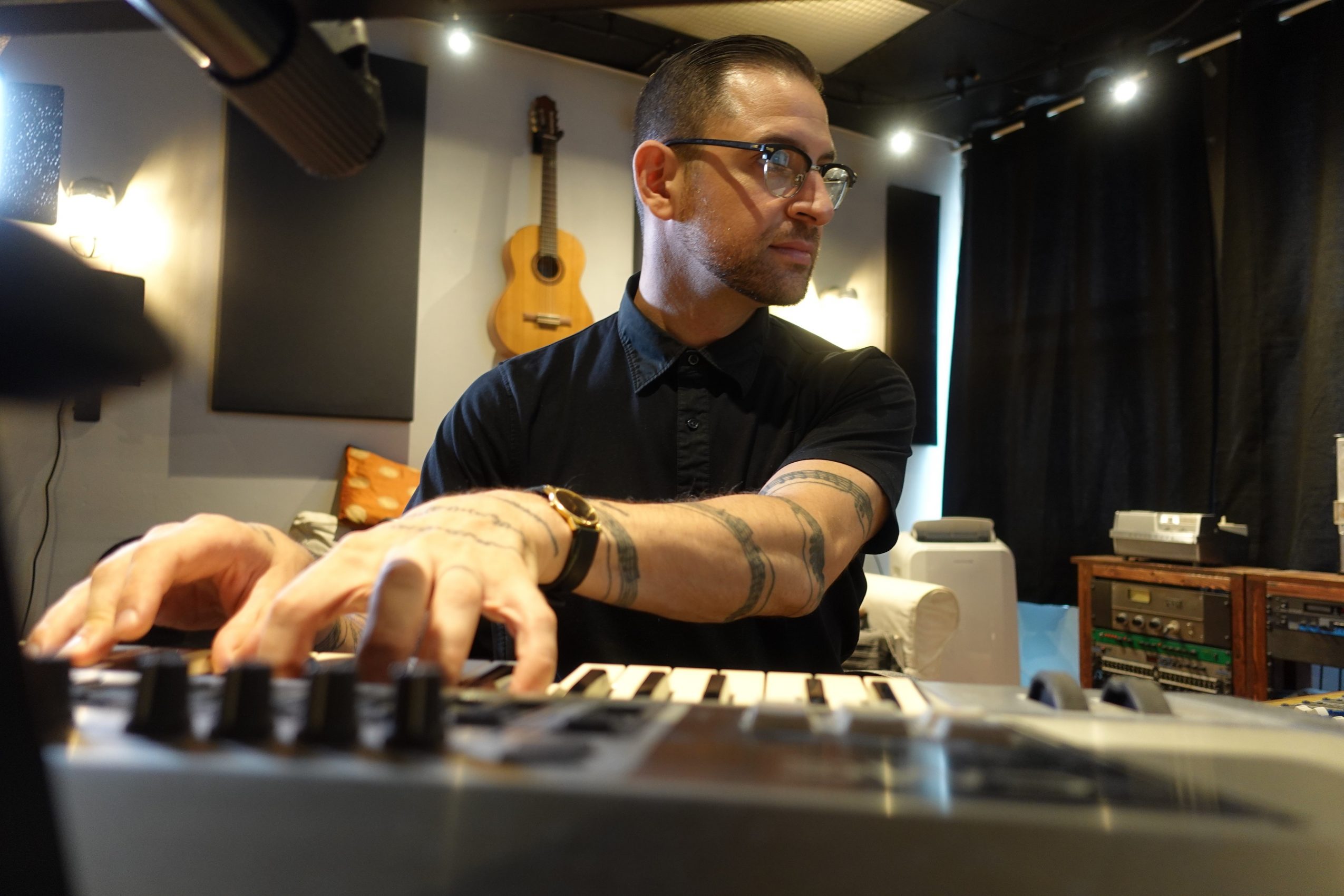 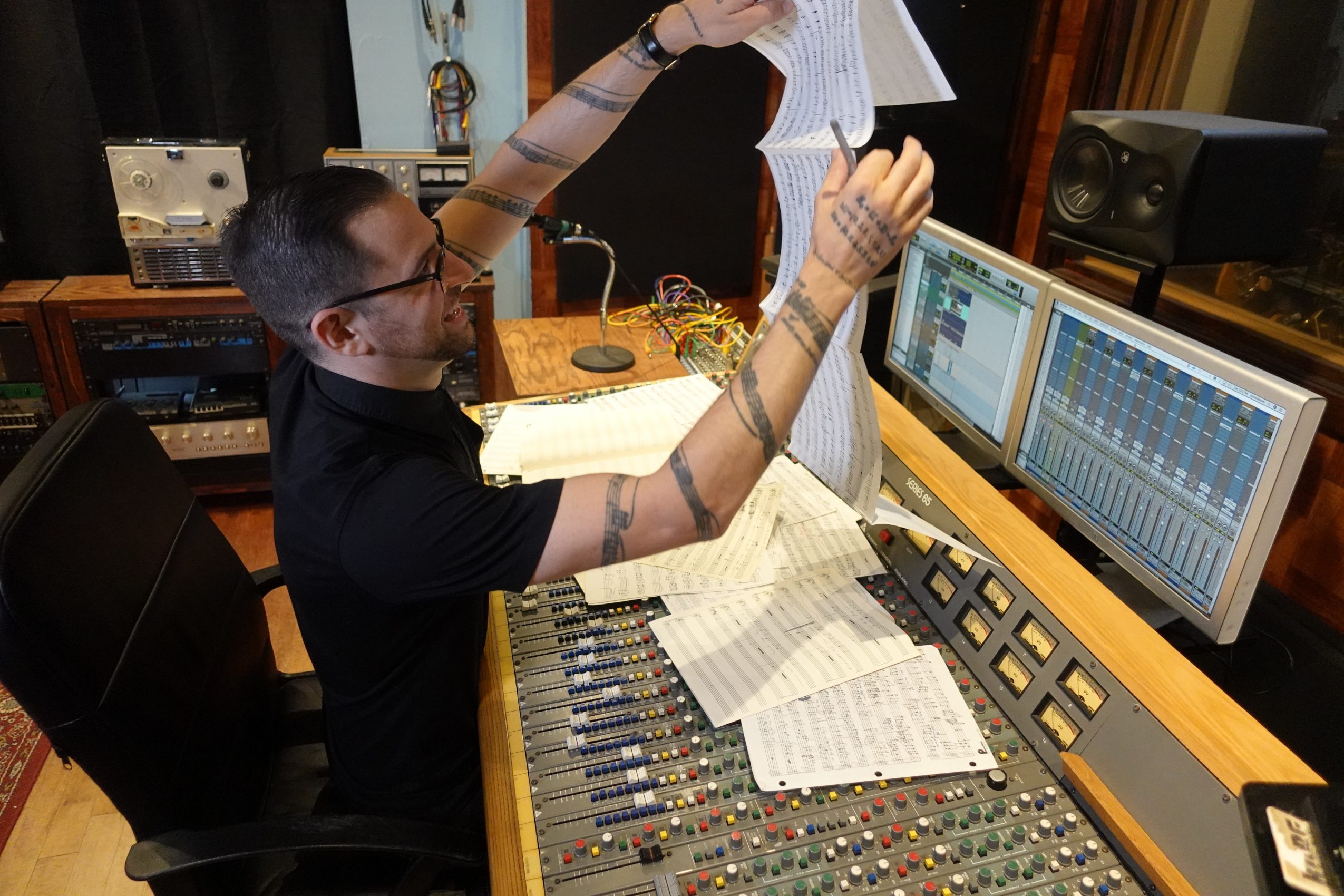 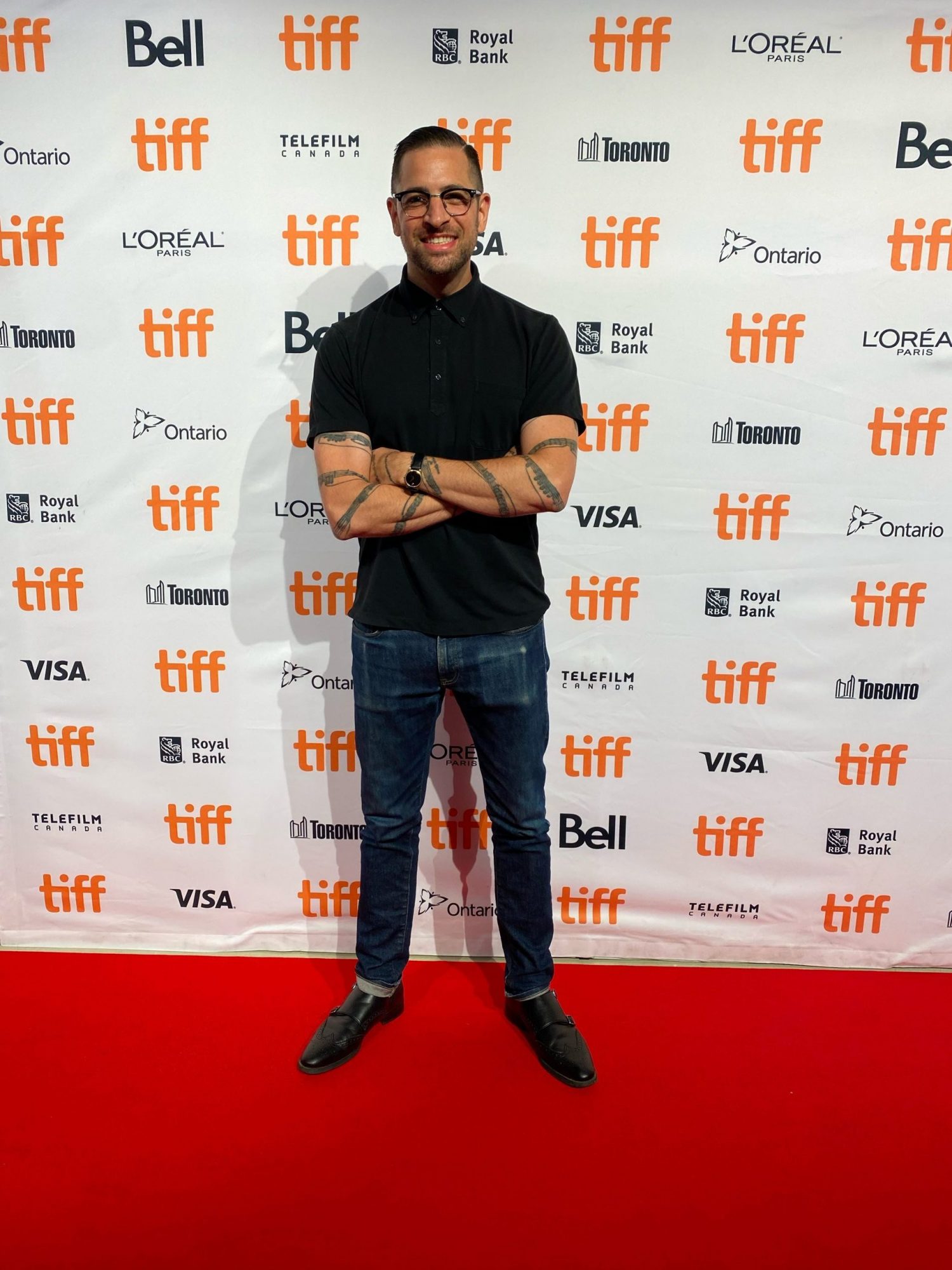