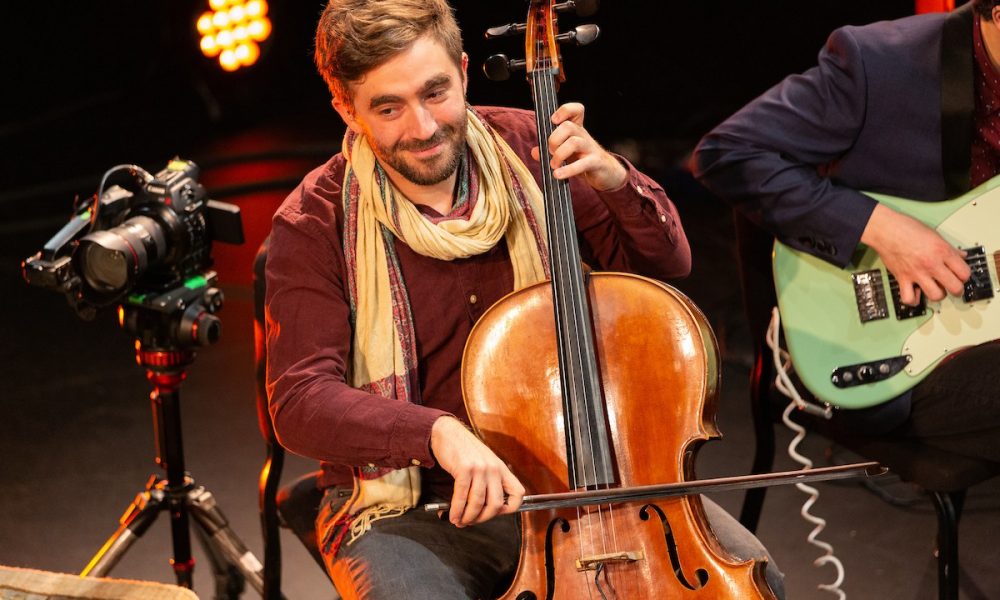 Today we’d like to introduce you to Emanuel Keller.

Hi Emanuel, so excited to have you with us today. What can you tell us about your story?
I’m a music producer, audio mixing engineer, cellist and composer. Growing up in Israel, my parents decided to send me to music school at the age of five. It was at the Jerusalem Conservatory where I first saw and heard the cello. Although not being musicians by profession, my parents always valued music studies as a tool that would help me develop discipline and commitment. My mom always enjoys telling how it was me who chose the cello and how excited I was to start studying it though I feel that I was simply thrilled by music as a whole. I was classically trained for 13 years and at the age of 18, decided to take a break from music.

As years passed, I realized I was very passionate about working in education as I valued human interactions. It was the same passion that led me to embark on an eight months solo backpacking trip in Australia, New Zealand and South East Asia. Quickly enough, music found its way back to my life. Call me a romantic, but I truly believe in the universe’s ability to send us signs: a dusty cello lying in a small guest house in the middle of rural New Zealand, a magical jam session at Byron Bay and many more weird musical incidents.

At 24, I finally realized that I would never forgive myself if I did not pursue my musical dream. I auditioned to study at Berklee College of Music in Boston where I was admitted to study amongst some of my musical heroes. After three and a half years of hard work, I finished my Music Production and Engineering studies this last Fall. People tend to ask me if I regret putting aside my passion for six years. If anything, I’m grateful for being given a second chance to find my place in music. My passion for working with people translated into becoming a music producer and I couldn’t be more grateful.

Would you say it’s been a smooth road, and if not what are some of the biggest challenges you’ve faced along the way?
Considering everything I shared, I guess my biggest struggle has been realizing that my peers are people who never stopped working for a minute. They are extremely talented people who continued to push themselves hard from the second they stepped out of high school and honestly, I keep learning from them every day. It is also realizing that I am the one who has six years of catching up to do. Most people that I have worked with would testify how hard I can be with myself, but the majority of them don’t know that it is for these very reasons.

My way of coping with this particular struggle is to recognize how I could use my non-musical life experience and bring it to the table in a musical context. I find that sometimes, it is that extra life mileage that gives me an edge and perhaps a valuable perspective in certain professional situations.

Thanks for sharing that. So, maybe next you can tell us a bit more about your work?
I am currently working as a freelancer producing, mixing, recording and composing projects for various clients. Some of my work includes a soundtrack for a short dance film titled “A Gathering” directed by acclaimed dancers Bobbi Jene Smith and Or Schraiber which was screened at Fall for Dance North Festival in Toronto, mixing for Berklee College of Music’s online concert series and a number of records I’ve been working on with upcoming artists such as: Ella-Jane Sharpe, Emily Sangder, Georgia Parker and others. I’m also quite humbled to have been asked to mix and produce for the Berklee Indian Ensemble which I’ve been a proud member of for three years now. This work included producing a track featuring Grammy Award-winning Tabla player Zakir Hussain.

I am extremely proud and excited to be finalizing my first EP titled ‘Reconciliations’ which is set to be released this summer. This project is very close to my heart as I’ve collaborated with some of my closest friends on it. It is an attempt to tell a story of reconciliation with my complex personal past and reconciling with the notion that as musicians, we are bound to a single musical path. I see myself as someone who draws inspiration from so many different genres: American Folk, Electronic and World Music to name a few. With this record, I am attempting to take all of that and make sense out of it. It is a complex task to attempt and blend all of these things together, but I am hopeful that this unique musical path I chose will help set me apart from others in music.

So, before we go, how can our readers or others connect or collaborate with you? How can they support you?
One of the hardest things for me has been conveying to people that I don’t only make a living through cello performance. My dear friend Cristobal Cruz-Garcia who’s an incredible LA based cellist and producer gave me some of the best advice I’ve received in years. He said that in every single project I am a part of, I must find a way for me to be involved in a way that is not only playing the cello. It’s been a real struggle trying to step out of the performer role but I feel that the more I do that, the easier it gets for people to see me as more than a cellist.

I guess what I’m trying to say here is that by giving me a chance to step out of what used to be my comfort zone, I can surprise my collaborators with some of my other skills that are just as valuable. I feel that the music industry is shifting to a place where as creators, we don’t have the luxury of wearing a single professional hat as we make our living through multiple avenues. 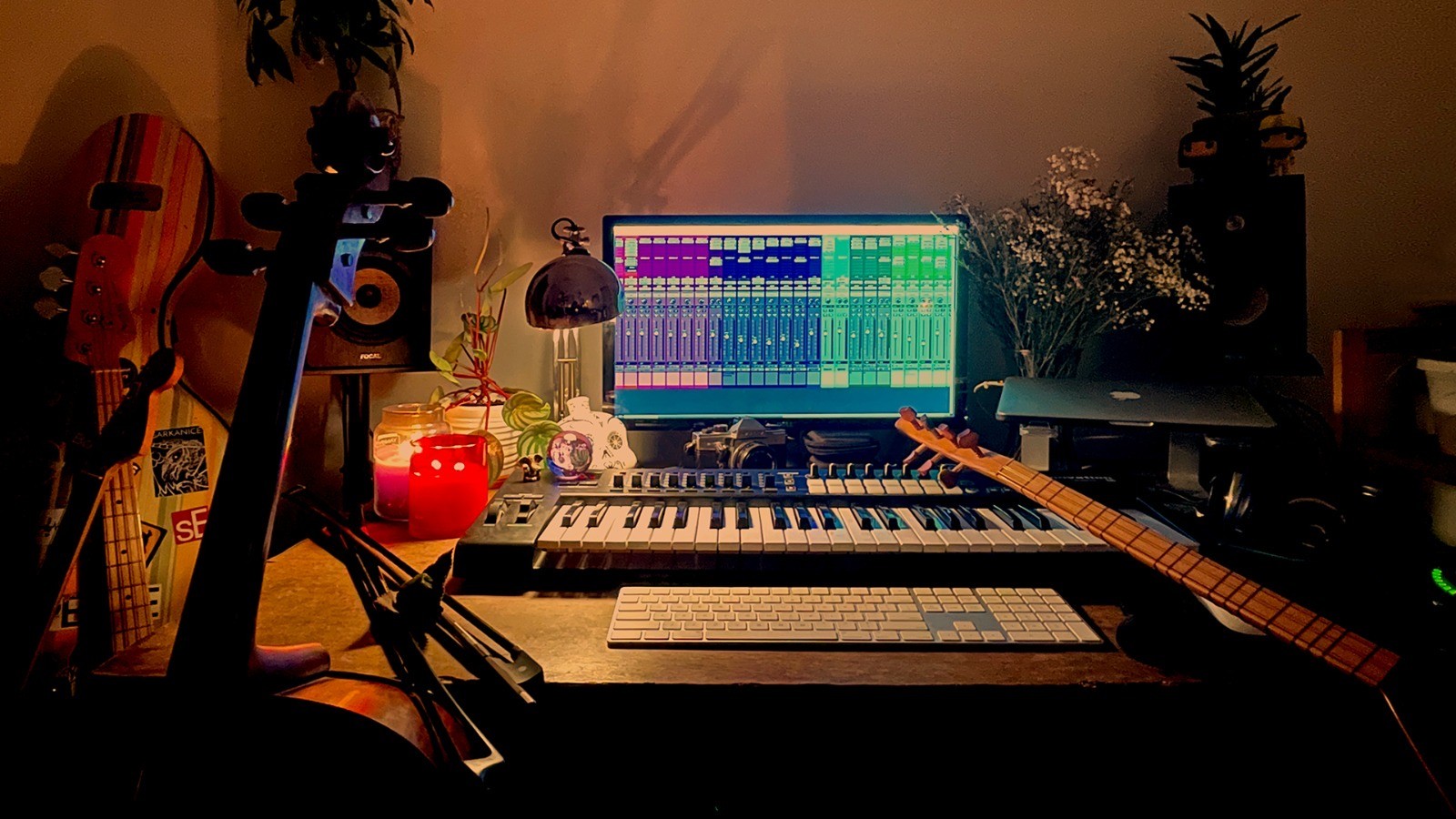 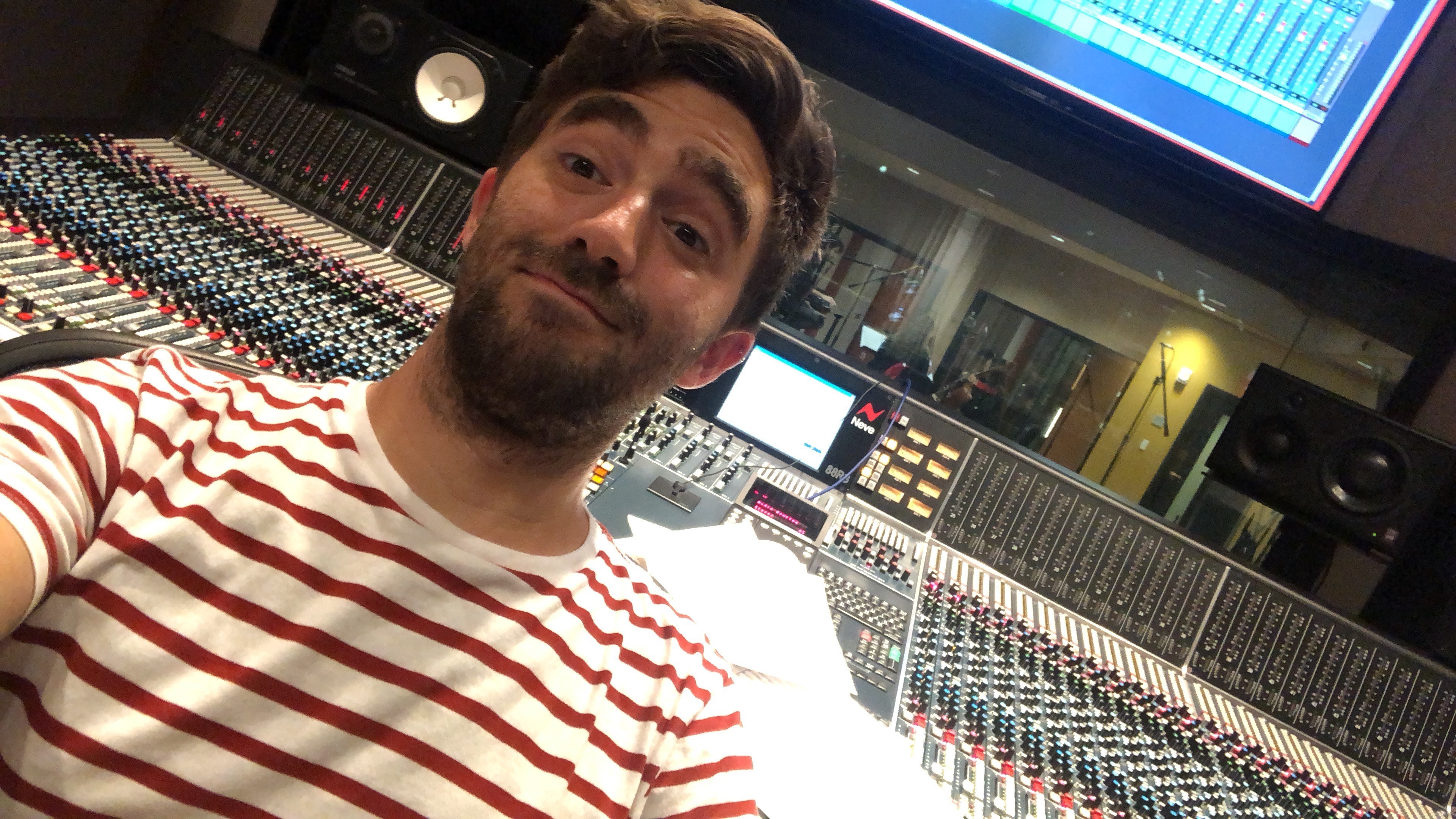 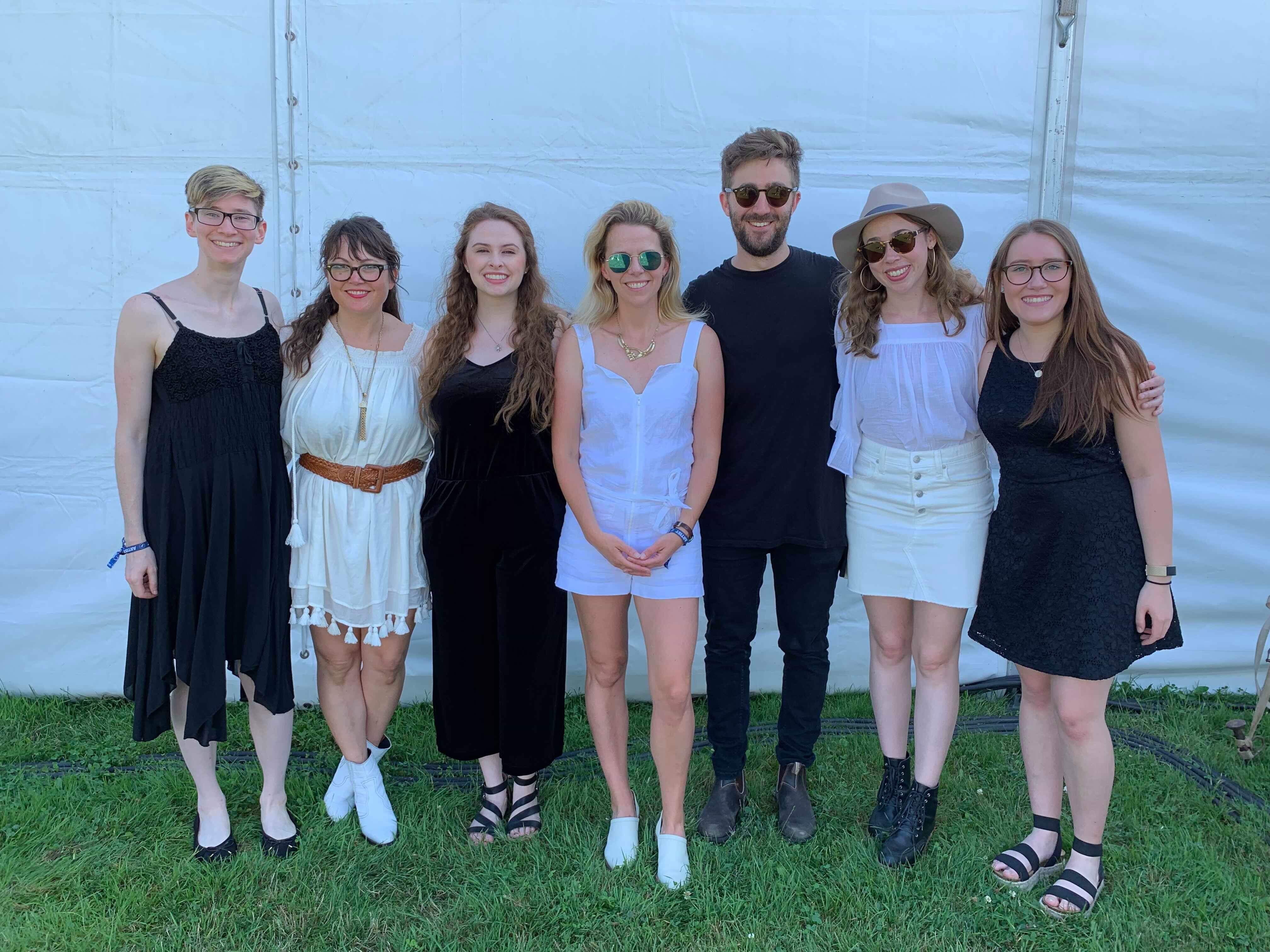 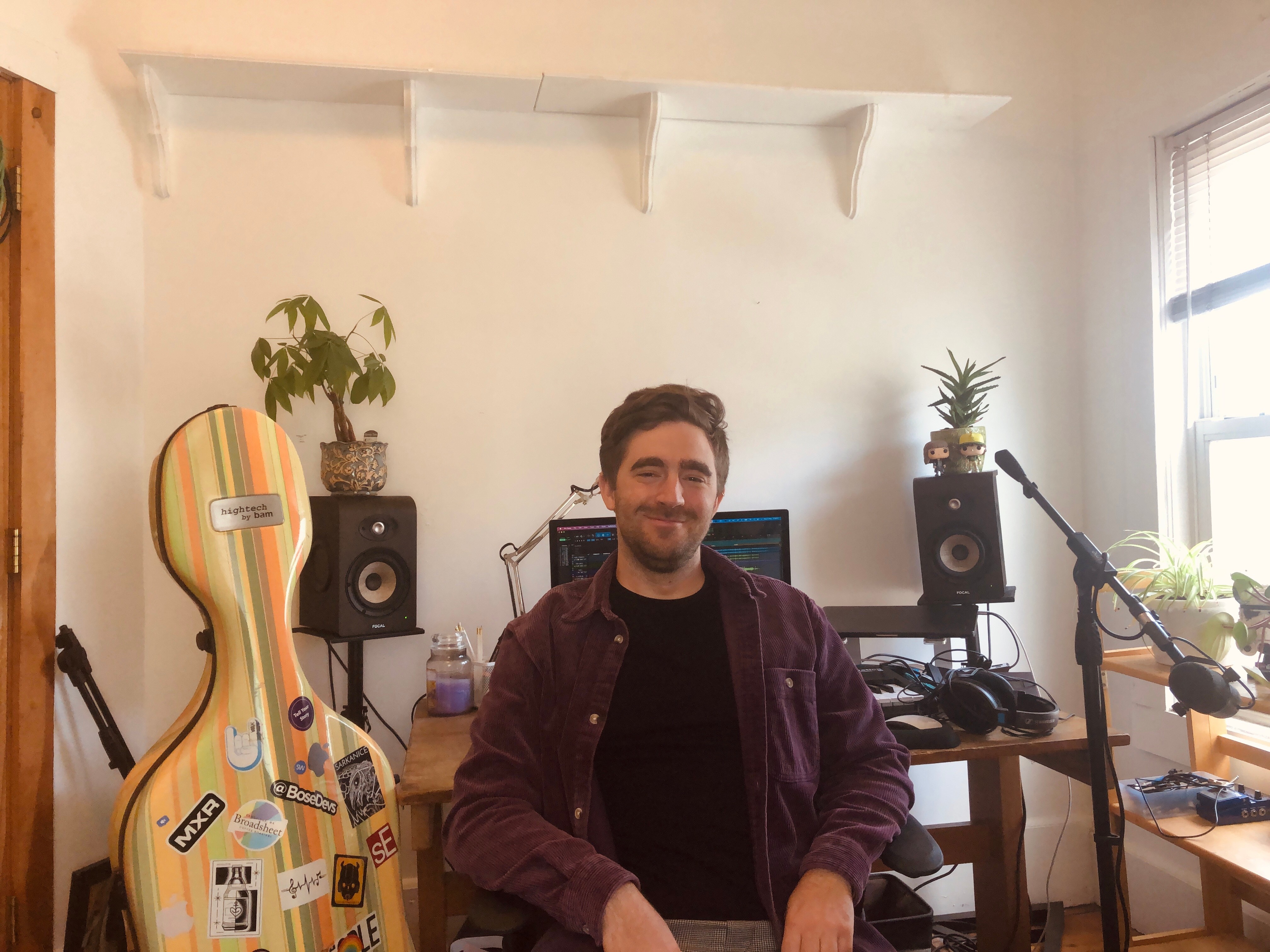 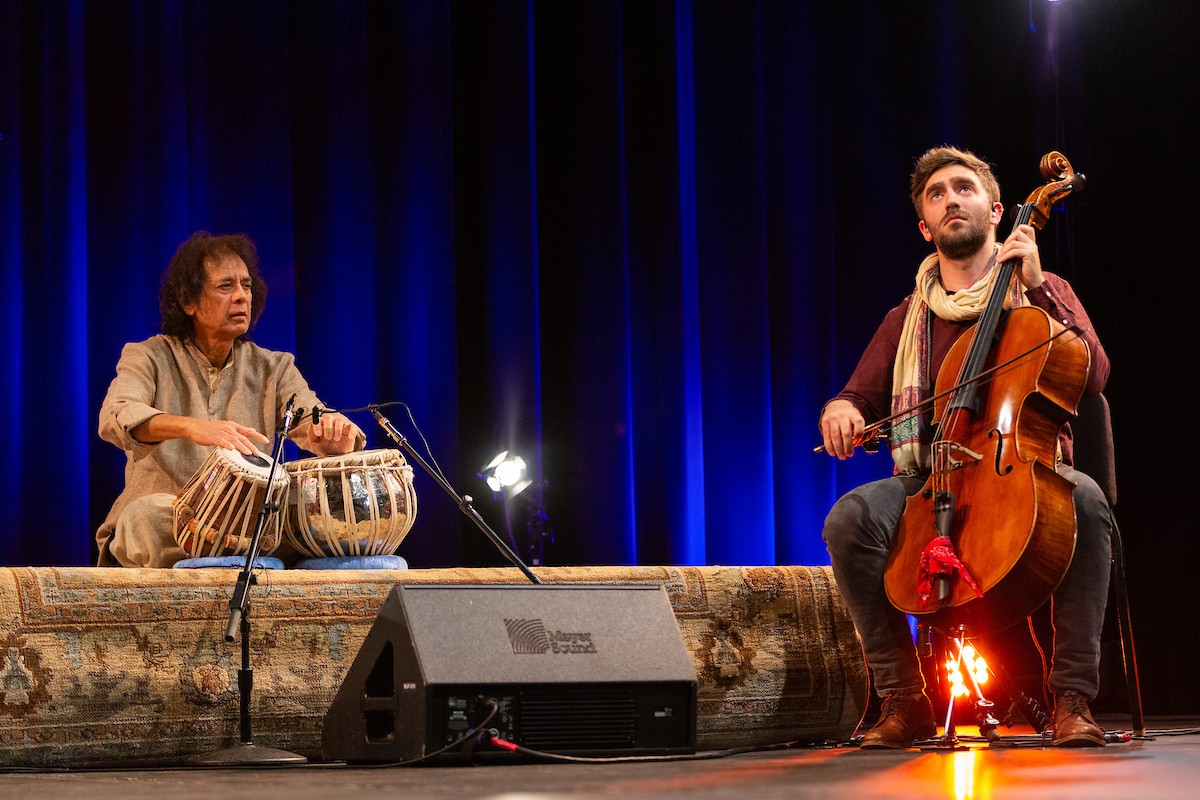