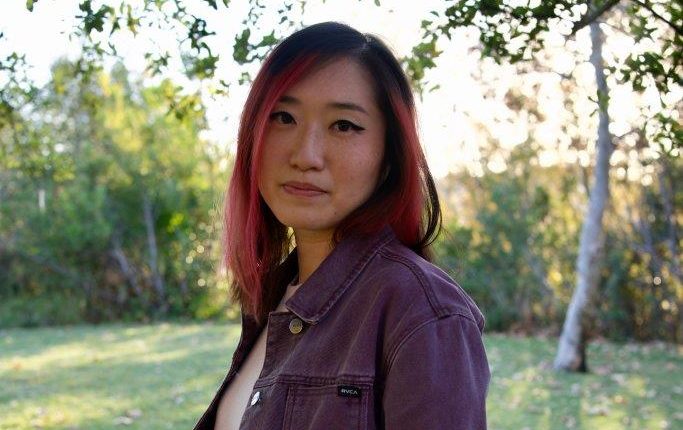 Today we’d like to introduce you to Diana Chow.

Hi Diana, thanks for joining us today. We’d love for you to start by introducing yourself.
I’m a music producer, multi-instrumentalist, and singer-songwriter. I produce music independently as well as for other artists and media. I’ve loved music my entire life and my relationship with it has evolved and continues to evolve. It’s become more personal and creative for me over time.

I started by singing along to Disney soundtracks and pop radio on my dad’s karaoke machine when no one else was home when I was little. I was a latchkey kid. And when I wasn’t singing, I was listening to music most of the time, digging into my parents’ and brother’s music collections or whatever was on the radio or MTV. I trained classically on piano when I was eight years old and taught myself guitar. I was too shy to perform or sing in front of anyone back then. It wasn’t until high school that I began to perform or play music for and with other people, and back then it was mostly whatever music I was given to play or sing. In college, I sang in church band, and that was my first experience singing on stage that I can remember. I moved to San Francisco after college to work as a Software Engineer and sang and played keys in a band called Roadside Picnic with a co-worker and his friends. We recorded a couple of original songs and did a live show of covers and originals which was really fun.

It wasn’t until later, when I worked at Twitter as a Software Engineer and directed an a cappella group called Songbirds there in my spare time that I started producing my own music and writing my own songs. I arranged pop cover a cappella scores for the group using a program called Sibelius and learned how to apply the music theory I learned as a kid to compose and layer different voice parts and arrange songs. This was also when I started learning Ableton Live, a program used for music production. I had dabbled with Garageband before but didn’t really get far with it then because I didn’t understand how songs were built, I guess you could say. Arranging and directing a cappella opened my eyes more to how songs are put together. I started taking local music production classes at SFJazz and Pyramind and the more I did it, the more my passion for it grew. It grew so much I decided to take a break from software engineering in order to pursue it further. I left my job at Twitter in late 2018 and spent all my time making music and learning more about music production for the next year. One of the songs I produced during this period was featured on a music podcast called RPM Challenge where participants make an entire album in the span of a month and I was really encouraged by that. I remember hearing my song play on their station and it blew my mind knowing that other people were hearing my music too.

I was also really fortunate to pick up my first handful of music clients that year. I produced music for my friend’s podcast called Girl Geek X and helped local artists and musicians with audio recording and music production. Basically, any music-related gig that I felt I could do, I did. I discovered that I really enjoyed providing creative services to individuals and small organizations to help them in their creative expressions, I’d never really done that before. I also sang lead in another band called Bird Eat Man with friends during this time. We mostly played indie rock and pop covers and did a live show. By the time 2020 rolled around, I decided to move to LA to keep pursuing music where more of the industry is based. I moved to LA in March just before covid hit, and it’s been a wild ride since as it has been for us all. I’ve been fortunate to find more music production clients and am working with local LA artists to remix and produce their music while working on my own material.

Alright, so let’s dig a little deeper into the story – has it been an easy path overall and if not, what were the challenges you’ve had to overcome?
Has anyone answered yes to this question? *grin* The last couple months of 2019 turned out to be some of the hardest in my life. It seemed like giant parts of my identity related to my career, love life, family, and living situation were shifting or falling away in ways I wasn’t prepared for, and it all sort of happened in the same month. I was overwhelmed. I was fortunate enough to be able to seek individual therapy for the first time in my life, and that helped me immensely in processing it all. That was a pivotal point in my life that I feel could have turned out very differently for me if I was unable to get that help. That period forced me to examine who I was, what I valued, and what I wanted to do next. That’s when I decided to move to LA to continue pursuing music. It also happened at a good time in a way because the pandemic hit shortly after I moved to LA, and I was in a decent enough place mentally to deal with that. I ended up seeking therapy (shoutout to BetterHelp!) again to deal with the pandemic and social isolation months later, too. Many decisions I’ve made in my life I made for other people even though they may or may not have actually asked me to do those things. And as time passes, I’m learning to figure out which parts actually resonate with me and which parts I’ve “made up” from other people or society in my head. What I really love about creativity is it can teach you how to create your own life, in a way, and feel empowered to shape it the way you want like the art you make. I’m also discovering that the more I embrace these parts of myself, the more I am able to connect with others in ways that feel more meaningful to me.

Thanks – so what else should our readers know about your work and what you’re currently focused on?
While a large part of my musical background has been singing a cappella and in bands, for the last few years, I’ve been focused on music production. I also taught myself bass guitar during the pandemic and post covers on YouTube and Instagram. I’ve spent the last year or so working on my vocal production skills and plan to release some of that material more broadly this year. I’m proud of my curiosity, desire, and openness to try out new things–that’s played a significant role in my path. It’s also helped me meet and collaborate with different kinds of people on a variety of projects which has been so gratifying. My path can seem pretty unconventional compared to others in the music industry, but I’m not afraid to be different, I enjoy questioning and breaking rules, and I’m generally a pretty positive and chill person and find humor in a lot of things. I think these aspects of my personality come through in the music I make, which I hope resonates with people and if I’m really lucky maybe even inspires them to embrace parts of themselves they might have kept at a low volume in their own lives.

We love surprises, fun facts and unexpected stories. Is there something you can share that might surprise us?
I played first chair flute in high school and learned to play violin but don’t own one anymore. I’ve also performed a cappella at Carnegie Hall in New York! 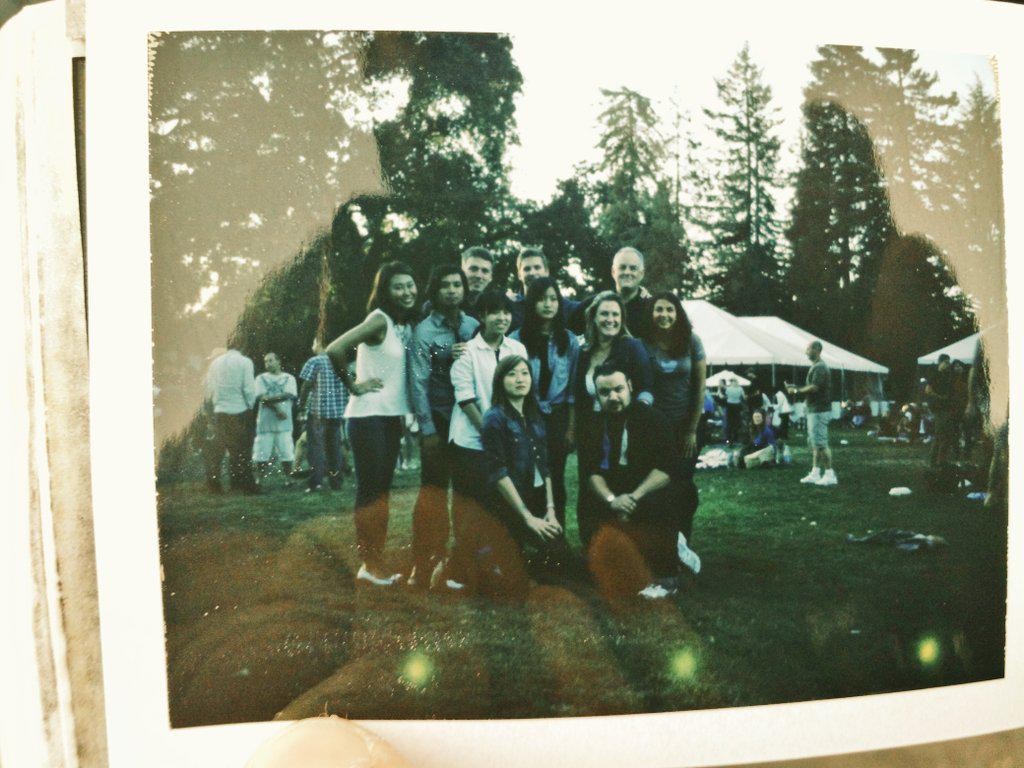 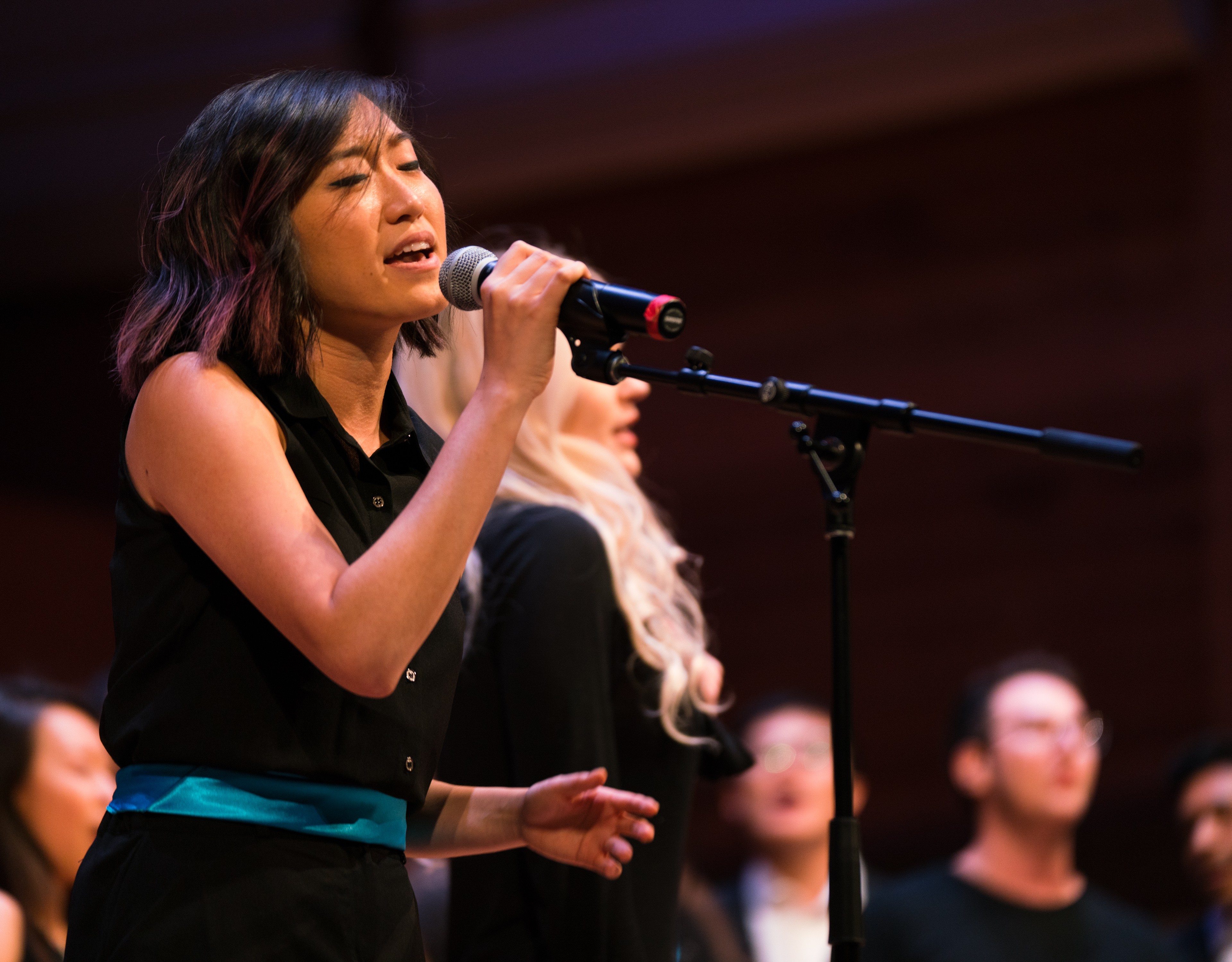 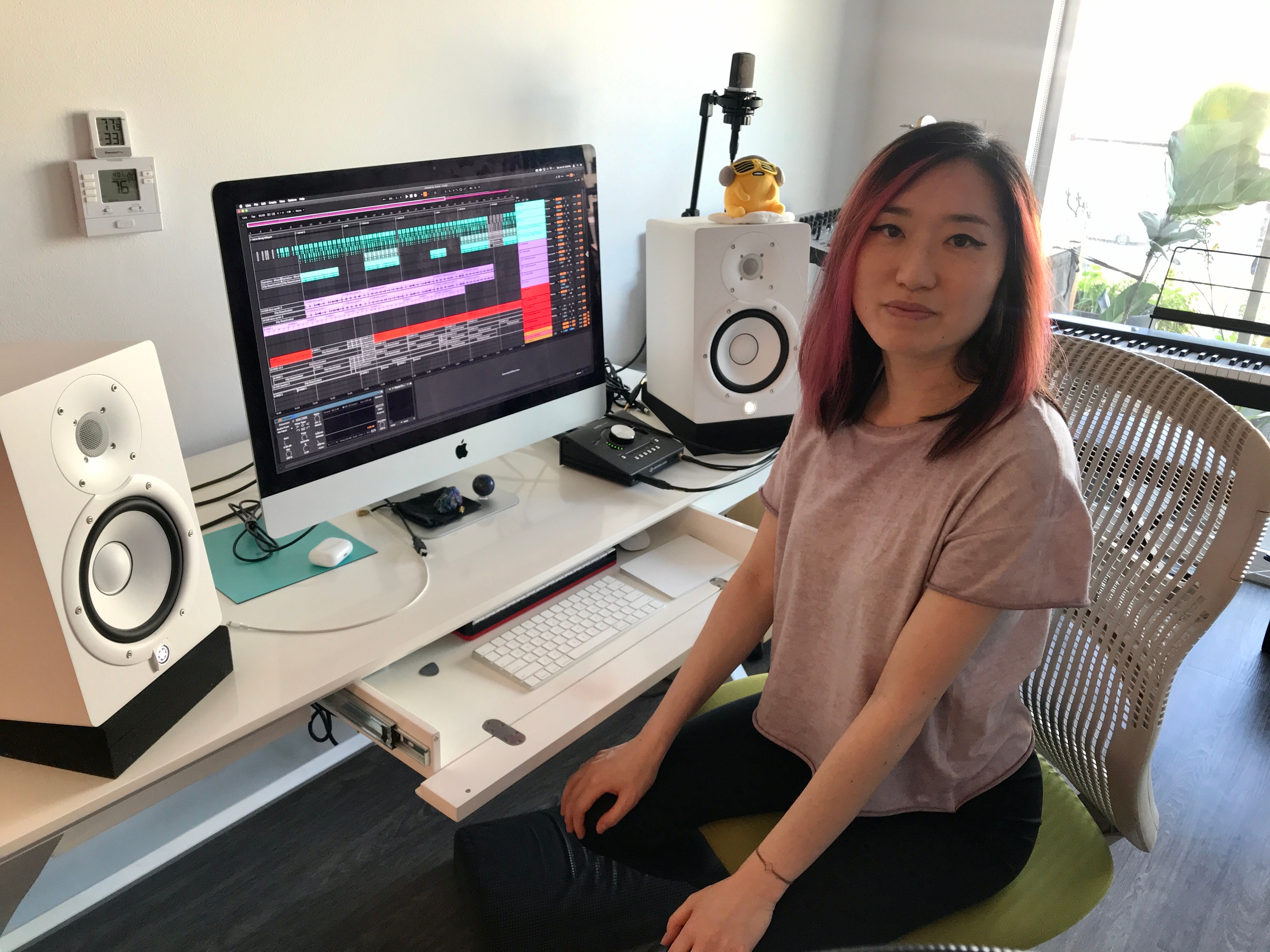 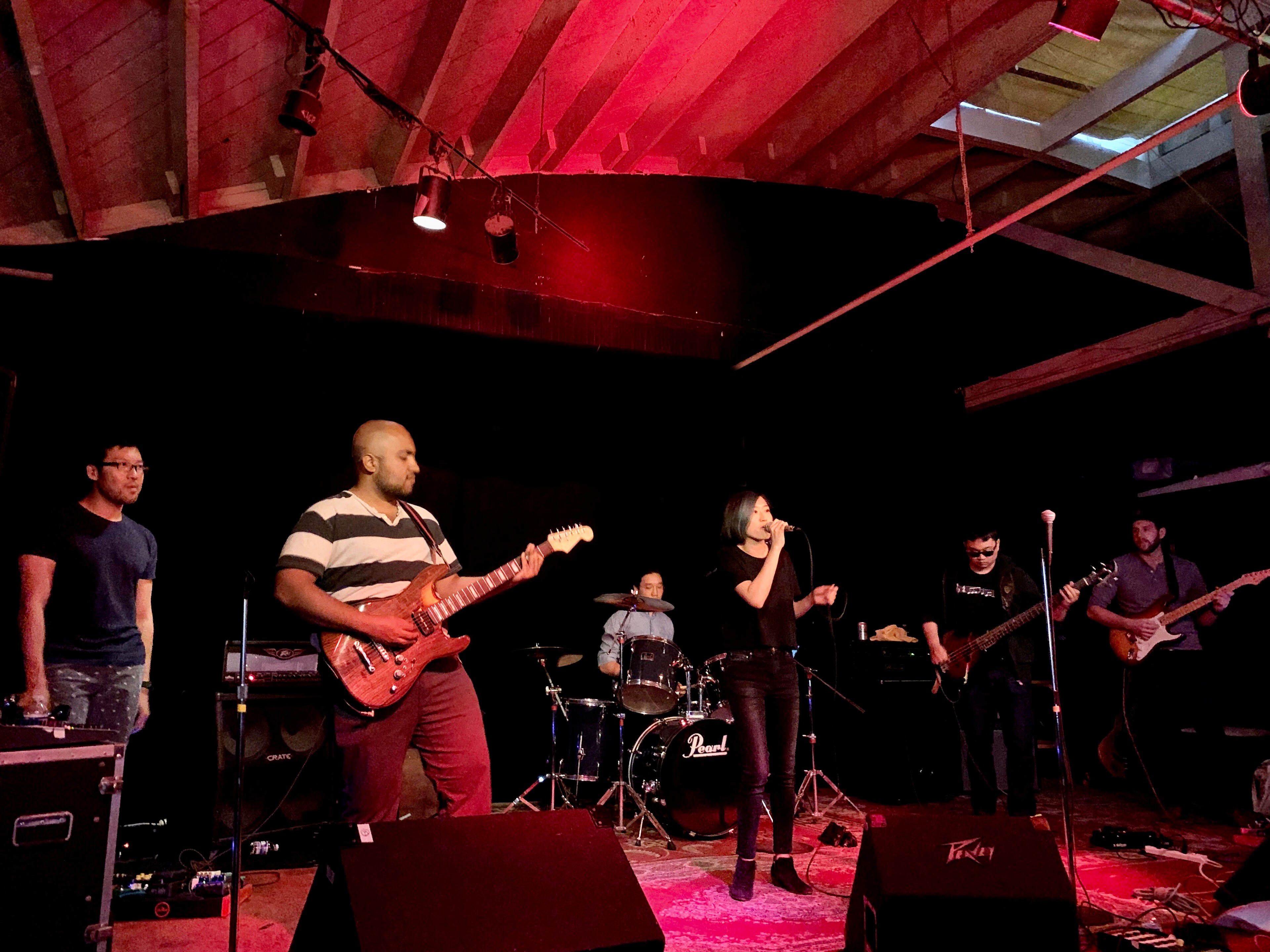 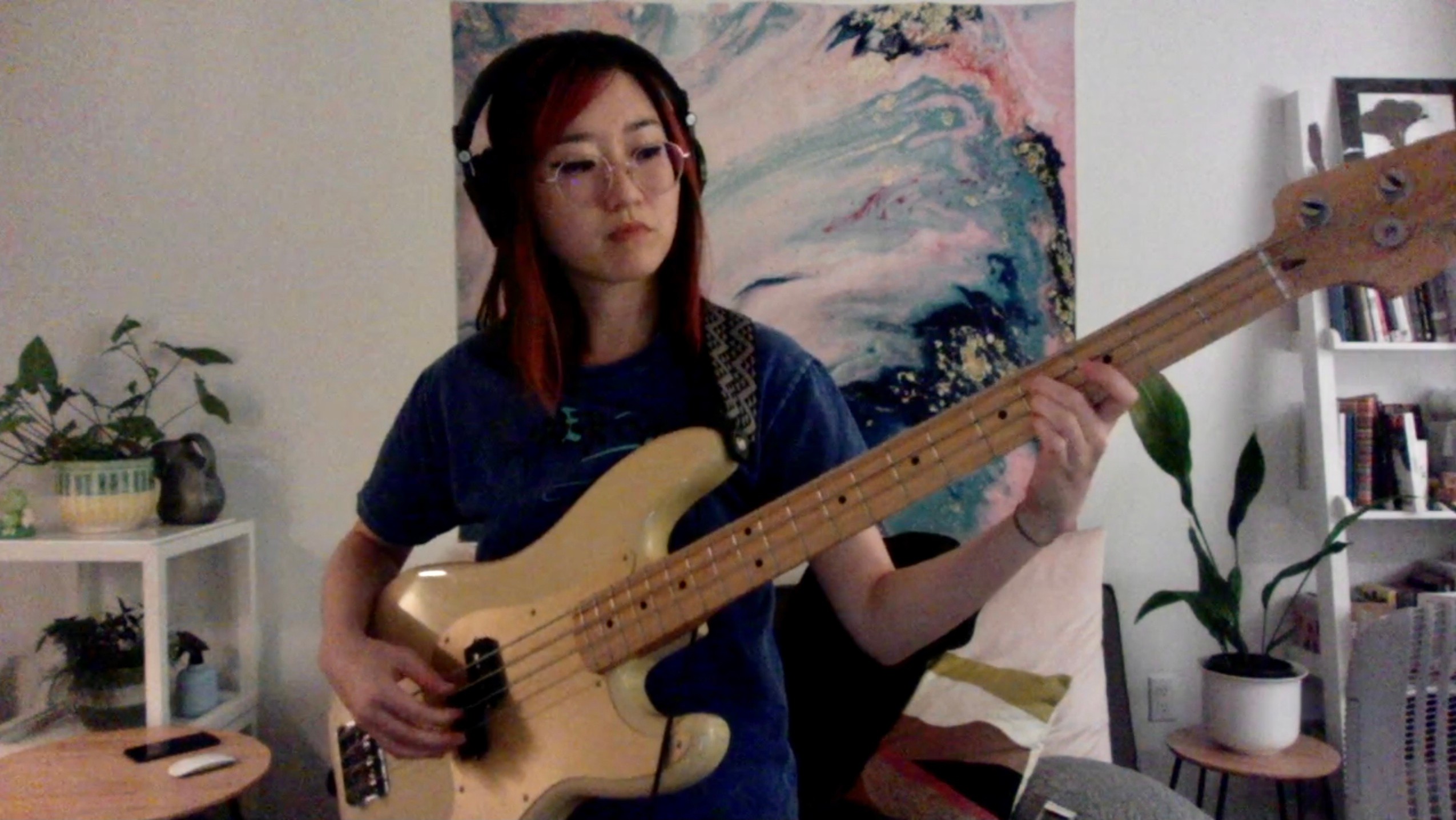 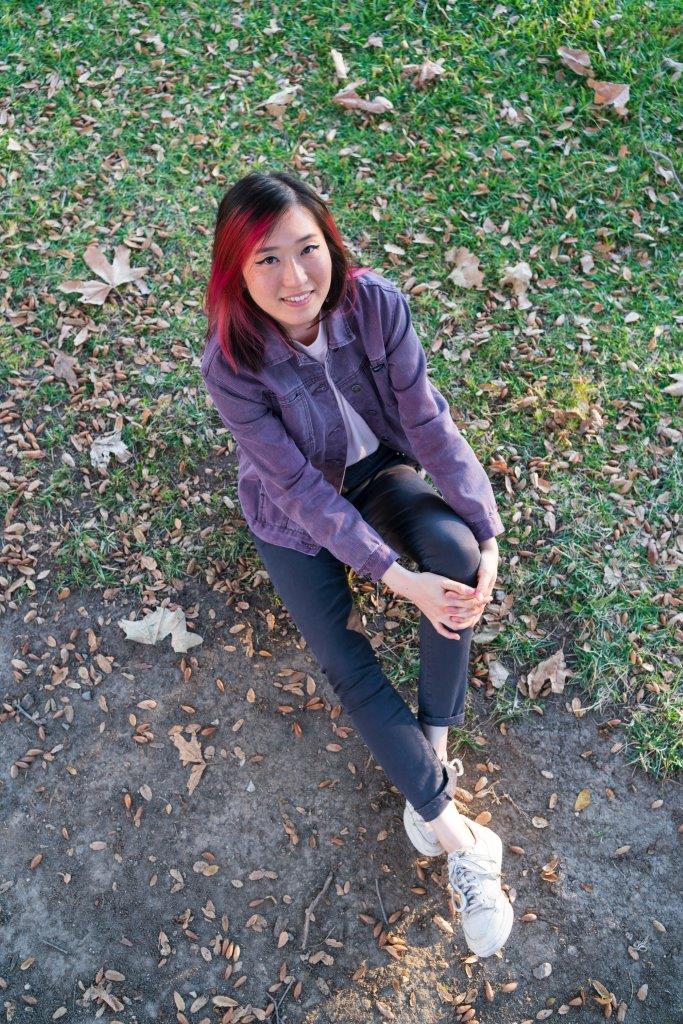