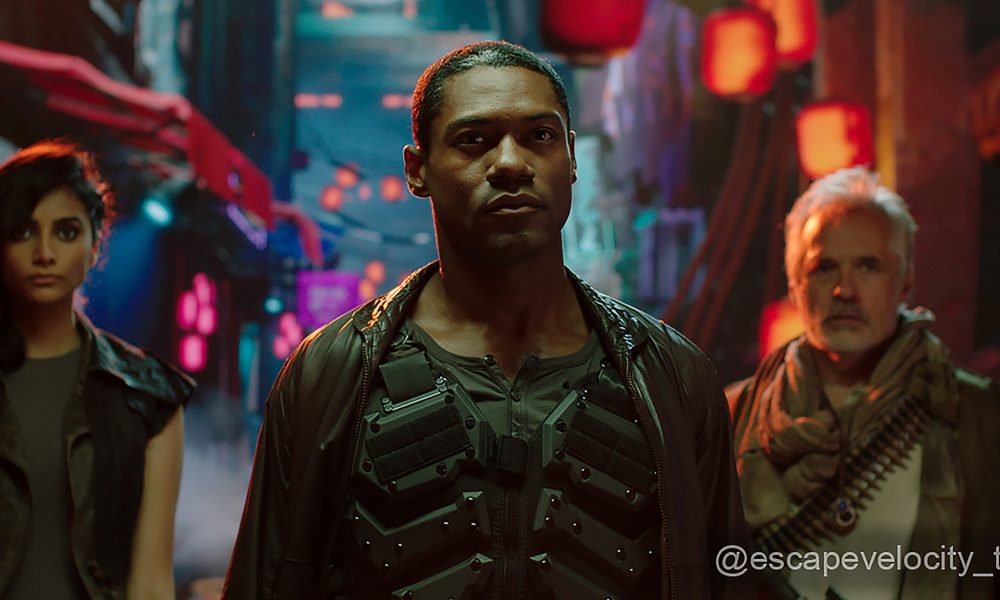 Today we’d like to introduce you to Daniel Mills.

Hi Daniel, thanks for joining us today. We’d love for you to start by introducing yourself.
I’m an actor, singer, writer, and would-be Michelin 3-Star air-fryer chef in LA. I guess going back, my parents say that I was the “uh-oh” baby when mom got preggers so I guess that’s a great way to say I got started, bursting onto the scene uninvited but loved enough to be welcomed to stay. I was born and raised in Washington, DC to a family large enough to fill Noah’s Ark. I’m the youngest of nine, my father was the youngest of 18. In a family that big you could either get consumed by its mass or be loud enough to break through the crowd of it all. As for personality, I had a large one, and I rarely missed out on opportunities to “show out” as my mother puts it.

Behavioral problems aside, my official start to the whole world of performing came in first grade when I confidently told my teachers that I could tap dance for a school-wide talent show. Like, for real, convinced them I was trained dancer status. Little did they know that I only believed I could tap dance from watching Savion Glover on Sesame Street over and over again. In fact, I had as much tapping ability as a backwards-footed duck but my belief in myself was far too strong. Everyone soon found out my secret on the first day of rehearsal and with the quick thinking of my parents, I pivoted my act to a song and dance-in-a-tub number of Sesame Street’s Rubber Ducky Song. I slayed and my love of the stage stayed. I also stopped watching Sesame Street because it influenced too many of my actions.

From then on I’ve enjoyed taking part in entertaining people however I can. From elementary school talent shows to high school musicals and onto the Mason Gross School of the Arts I’ve found that it doesn’t much matter what it is I’m doing as long as I’m doing it with an amazing group of people. Performing alone is fine but when you can play around with people, you love the results become so much more stunning. And I’ve had the luck of being able to do some pretty killer things by saying yes to my friends and lending my support; knock on wood for that trend never-ending. I couldn’t stand to go about my path in entertainment alone but more than that, I wouldn’t feel fulfilled unless I was helping to make something else outside of just me better.

Sometime in my early 20s, I began to realize that it doesn’t matter how good I am at anything if I’m not using that skill for something bigger than me. If I lend my talents to help others grow, and others lend their talents and so on, the magnitude of what we could all get done together far outshines any one thing I could ever do alone. And whether it’s been with my fellow music, acting, and dance family from Rutgers, my DC & United Karaoke League loves, or any of my fam out here in LA, the community that I keep around keeps me energized n’ going.

Alright, so let’s dig a little deeper into the story – has it been an easy path overall and if not, what were the challenges you’ve had to overcome?
I grew up in a unique bubble and recognize how some things could have been major obstacles for me, like they were for others similar to me in the same environment but were not. I have to thank my amazing parents for that. I had the luck/privilege/hell of growing up in a small wildly affluent private school community outside of Washington, DC. It must be noted that this was not a diverse environment by any stretch of the imagination, very rich, very white. I along with some other black students, were somewhat of an unofficial diversity burst into the school itself because that was the thing in the 90s. There were a number of issues that came up from being such a minority in those schools including my first time being called a nigger by a student in 4th grade. Technically he said, “My dad says you’re a nigger and the only reason you’re here is because you’re black” but that’s not the point. The point is my parents were very smart and prepared me well in advance for the racism that might occur in life but especially in a 95% private white environment so that I could be very smart and do what you’re supposed to do at school learn and grow uninhibited.

In order to ensure I was able to make the best of my upbringing, they took the heat of a lot of the racially charged energy that came to me and all of the black kids at one time or another from some of the white members of the community who didn’t really like the move towards a more diverse environment. I know that pressure was so hard that it made some of my fellow brothers and sisters leave the school entirely. But how my parents took that heat and sent it right back, working to address problems directly to the administration so I could grow without caring about it affecting me was truly a blessed protection to be under and to watch unfold and learn from.

They made sure I was shielded from the fallout of any of their battles while later on teaching me about what they did. They did, after all, grow up black in the south in the 30s 40s. My mother’s neighbor growing up was a former slave sometimes sharing what he had gone through with them and she herself was almost always the only black woman in her offices and boardrooms, the Master of Mathematics and Telecommunications that she was. My grandfather on my father’s side was one of the largest whiskey distillers in Virginia during a time when it was illegal for black people to do things like be granted liquor licenses, so I heard firsthand of the horrors of racism my father and his siblings had to go through being raided by the police while they take their savings and drink their product in front of them. Only to have to help rebuild the next day. I believe it was their upbringings that made sure I had the knowledge and presence of mind for the world they were throwing me into and to make sure I didn’t have to experience what they did. Sonja Mitchell and Lewis Mills, I thank you.

Thanks – so what else should our readers know about your work and what you’re currently focused on?
I am an entertainer. I act, I sing, I dance, I puppet, I fight, I write, I string words together wittily. I am known for being handsome and goofily charming on screen, a powerful singer with a smooth velvety voice, and a very funny personality. I make sure to keep trained and ready for whatever the world sends my way but I mostly love using my talents for others. Part of that realization I spoke of before that I had in my 20s came on the streets of NYC. I was walking in SoHo with my friend and a photographer stopped us asking to take my picture for her fashion blog. I humored her and after the impromptu photoshoot my friend commented how that sort of stuff happens to me often. From there, I began to take inventory; that sort of stuff DID in fact happen to me often in one way or another, those shots she took ended up helping me book some other gigs. And it helped me to realize that in a grander sense, what’s coming to me is coming to me and what isn’t isn’t, as long as I just kept myself open and ready for it. So I could waste my energy trying to get something for me that isn’t for me or I could spend it on helping those around me to get what’s for them. And sure enough that change in mentality, that viewing performing not as this one job I have to do on a solo path and go get for myself but as a piece of me that I can bring to a larger community to make everything we’re trying to do more complete, made my life and work much more fulfilling.

In that vein, I am not most proud of any individual work but of the groups and people, I’ve gotten to work with. The team at 3rd Films and Space Dogs BDE are stellar and being able to work with them was a dream come true. The myriad of people I’ve gotten to work with through Pisano Pictures are grade A filmmakers and always keep me entertained. The hilarious ladies of Slapstick Gold Productions have been keeping me laughing and cheering ever since I first moved to LA and I’m thrilled to see them shine. The genius actors in Phaedra Harris’ Audition Lab inspire me to no end, working with them makes me stronger in my sense of self and watching the projects of LABtors come to life gives me life. All of my loves at For the Love of a Glove from Earth to Bazalaam make me feel out of this world. I live for seeing the paths of everyone who I worked with at Senior Ditch Day Productions and The Ruby and seeing all the outstanding things we’re making now.

I just love basking in the glow of the success of my friends and my community. Maybe that’s what sets me apart? But I think it’s what keeps me connected.

Are there any apps, books, podcasts, blogs or other resources you think our readers should check out?
I love listening to The Read. It helps me to view my frustrations with society through a comedy filter. The Bechdel Cast and The F*ckBoy Manual keep me drinking the Tea. My Momma Told Me is another podcast that I love listening to when writing or studying a script. It helps me to remember old adages and characters from stories my mother would tell and that helps me to add some more humanity to my work. I love How Did This Get Made and Black Men Can’t Jump In Hollywood, two podcasts that really reinvigorated my love of film and dissecting them. 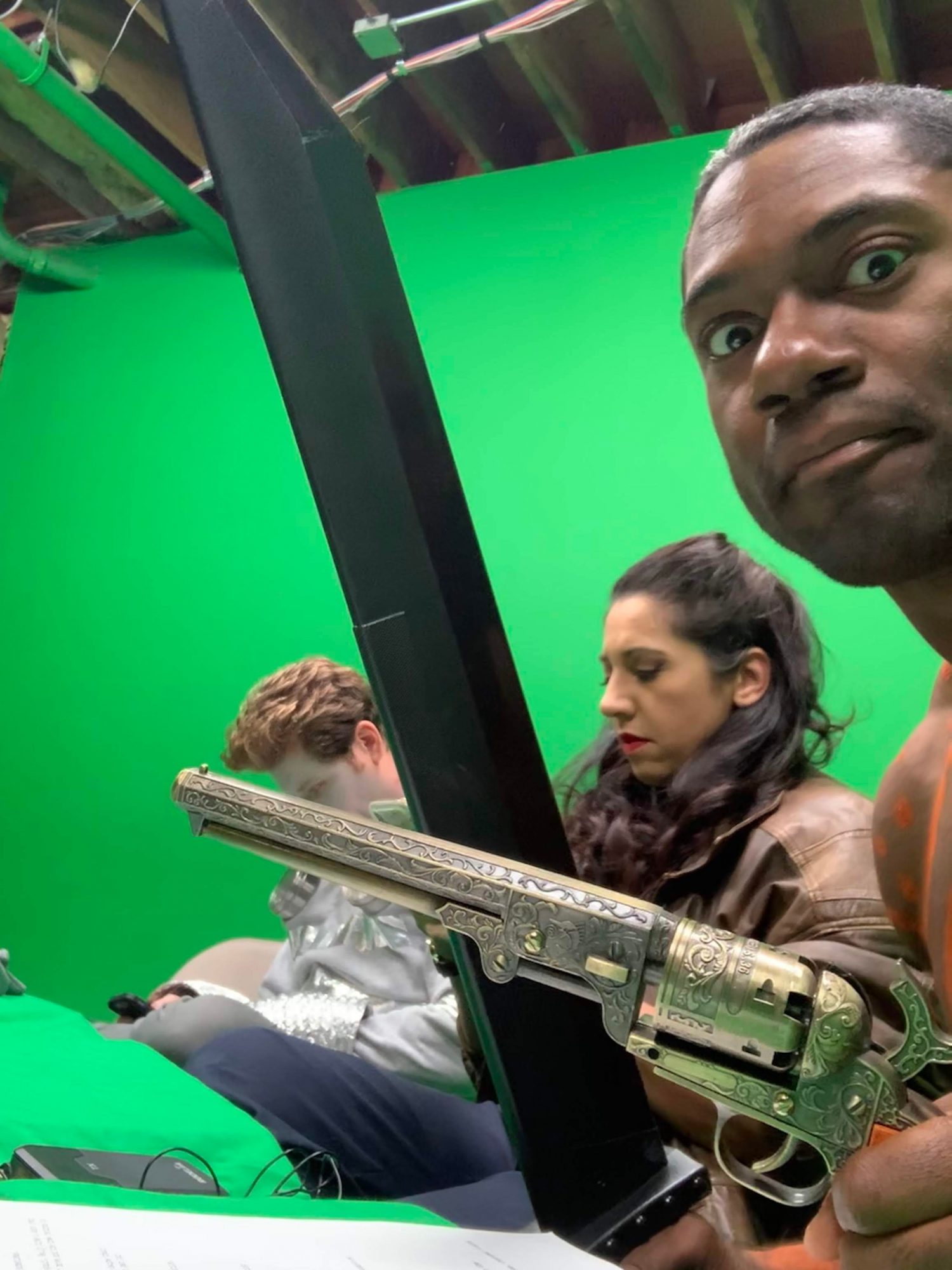 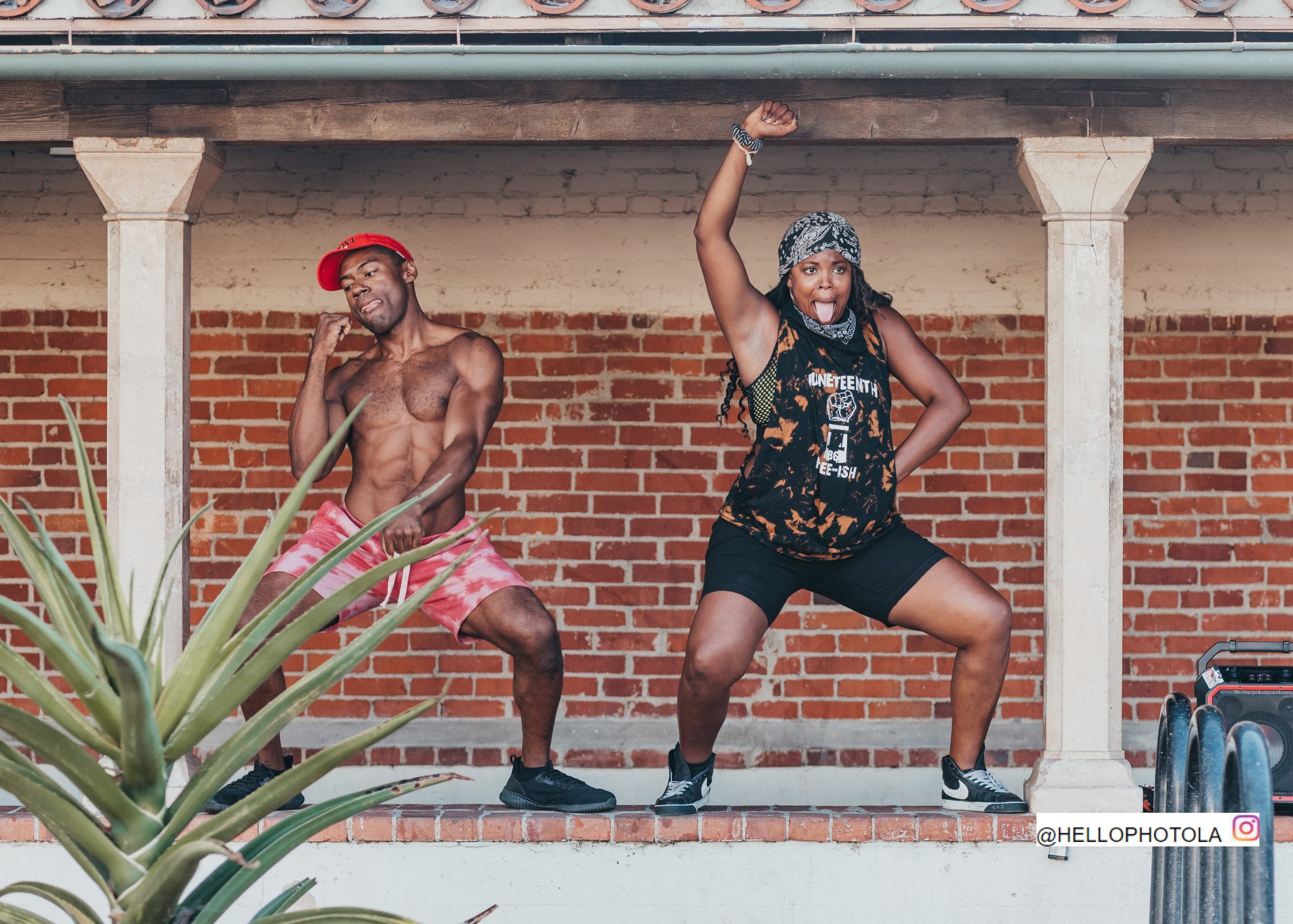 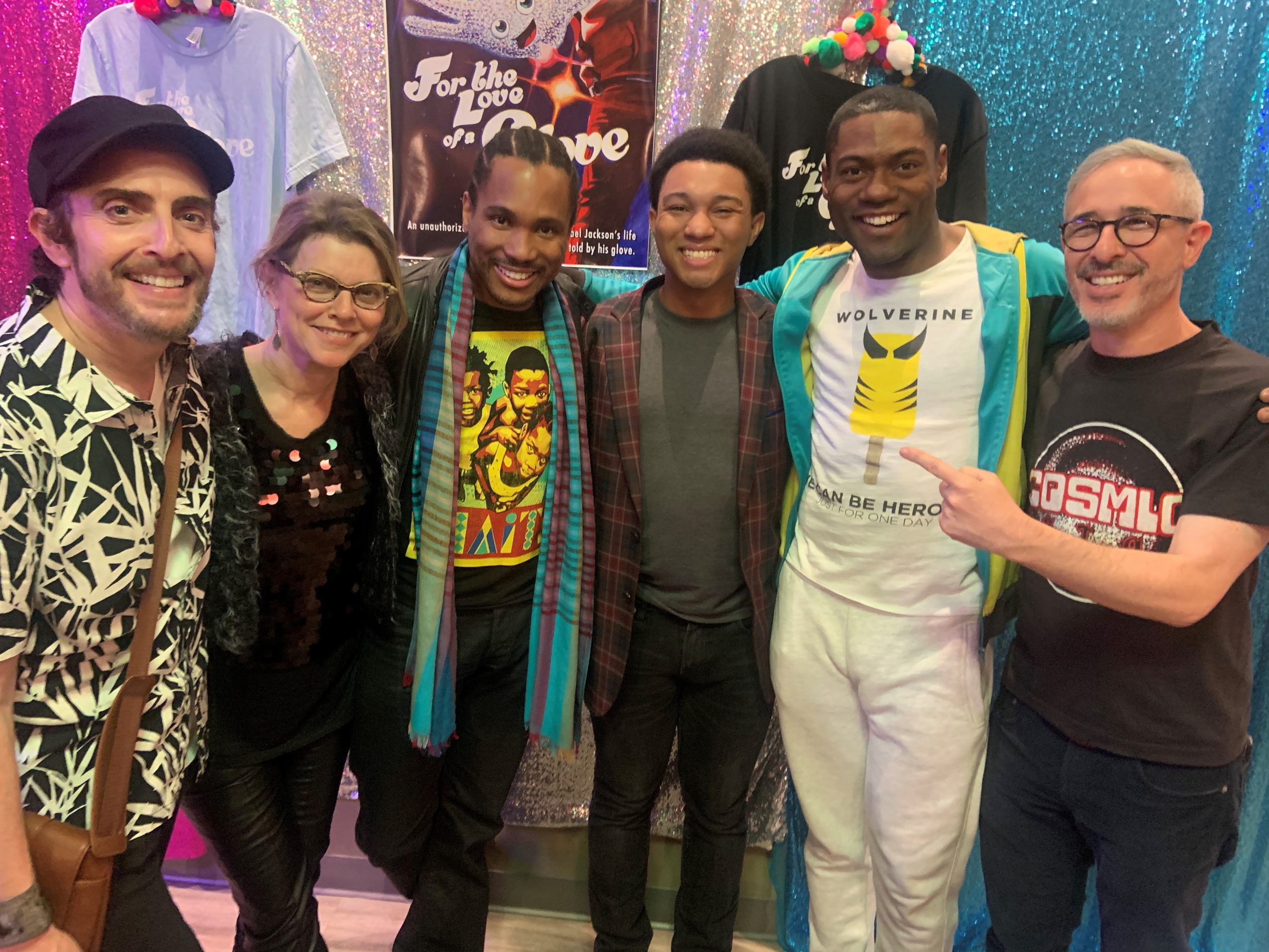 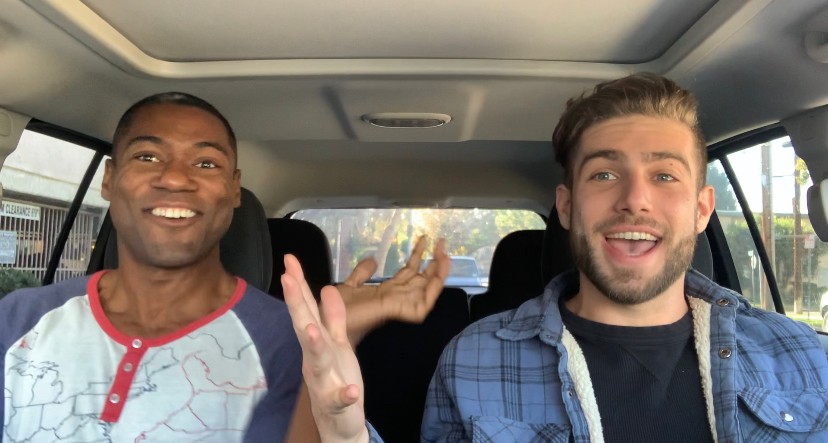 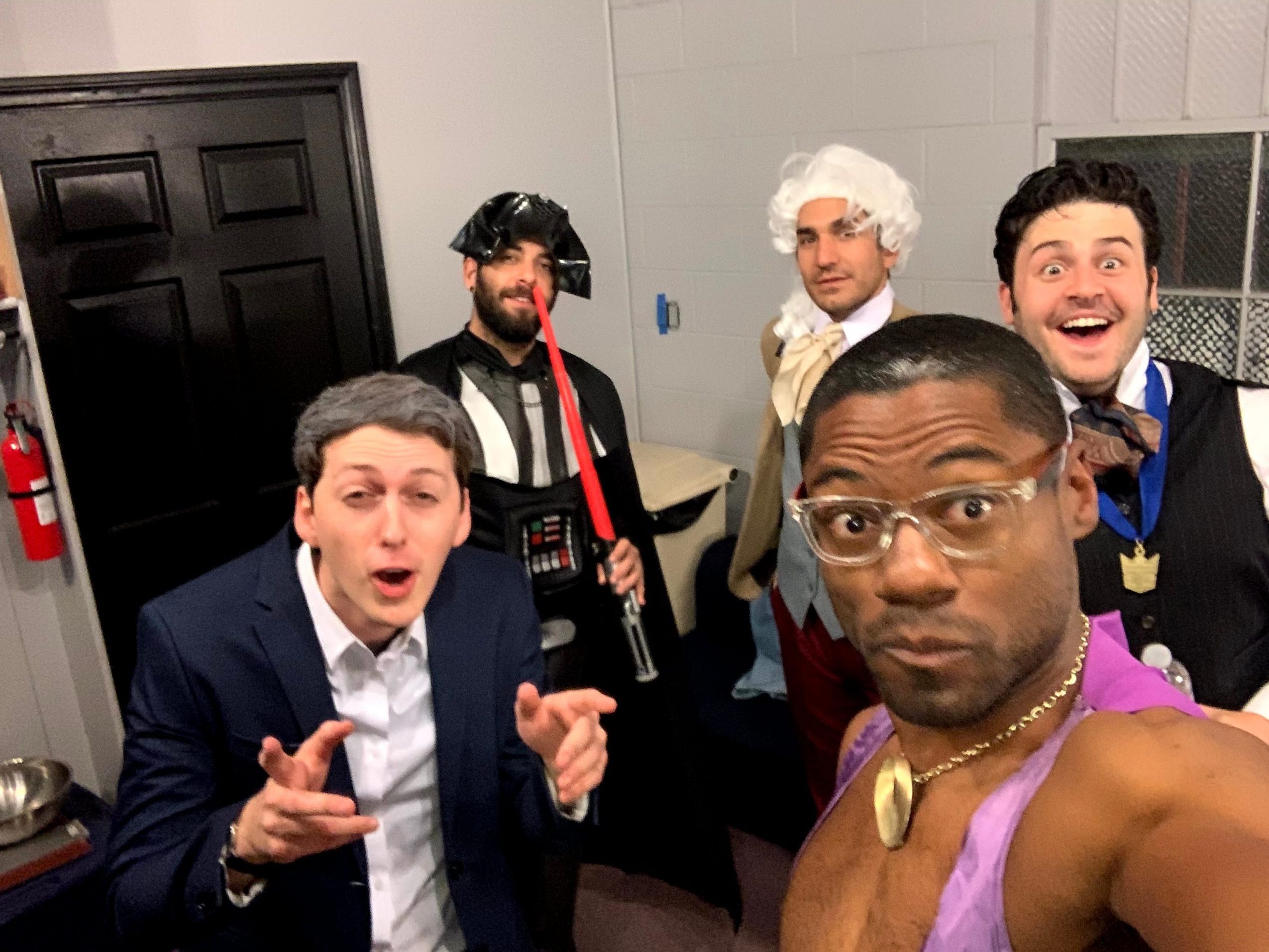 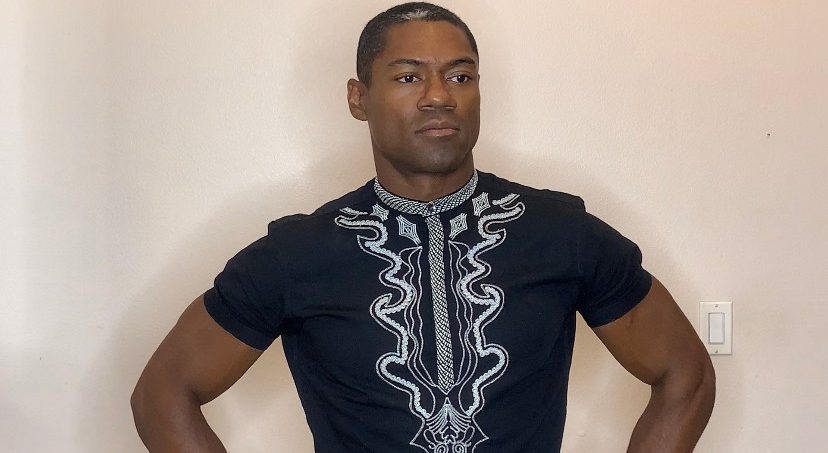 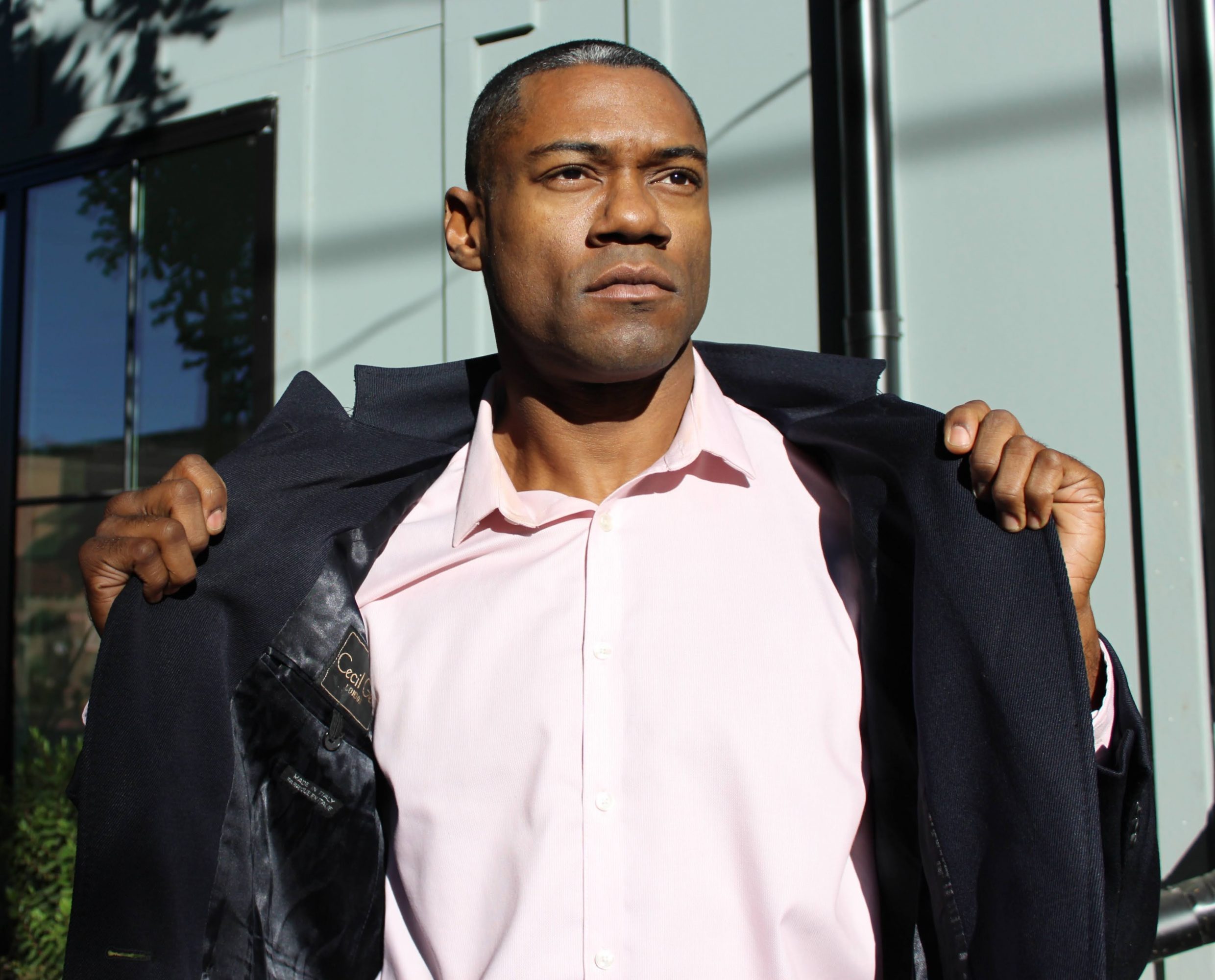 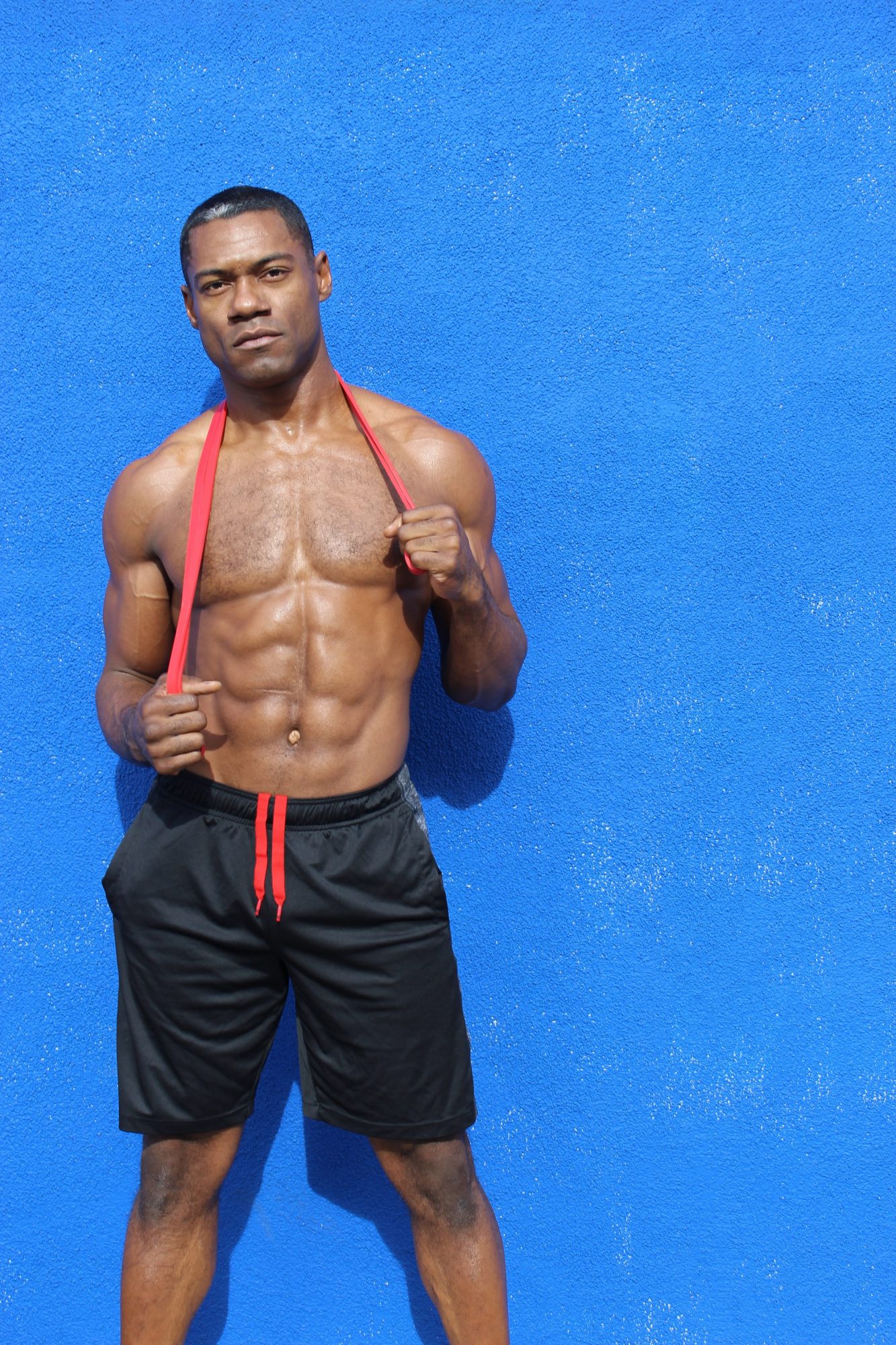