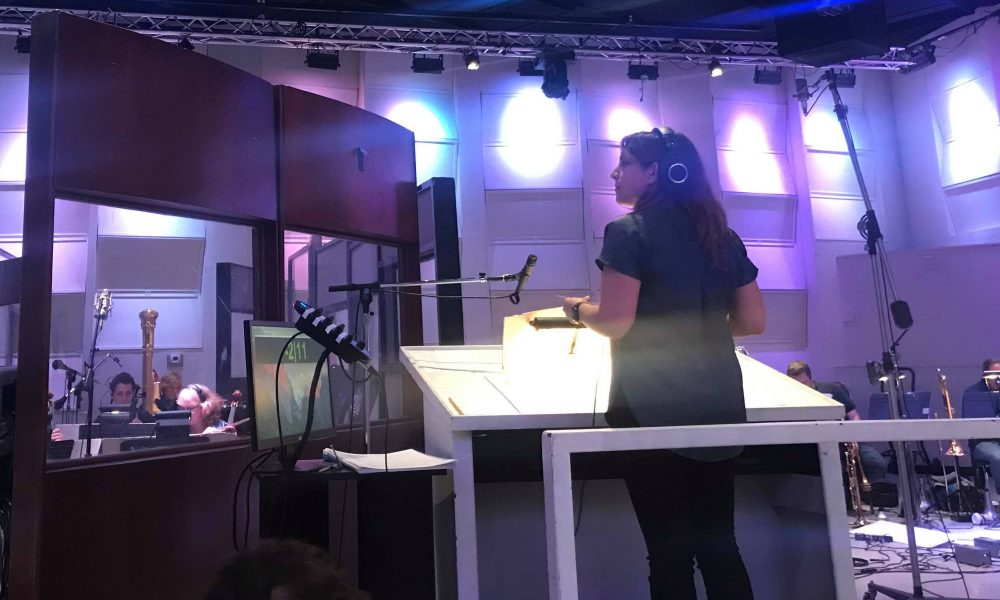 Today we’d like to introduce you to Dana Kyle.

Dana, we appreciate you taking the time to share your story with us today. Where does your story begin?
Growing up in the suburbs of New York City, I was an academic who loved Broadway shows and performing. But I also loved math, science, debate, politics, science-fiction, and the list goes on and on. I like to break things down and see how they work; what’s the pattern behind it all. If someone’s interested in a topic or presents it in an interesting way, I’m intrigued. So when I went off to college, I chose a school with an open curriculum – Brown University – where I could study a wide range of topics. I took classes in semiotics and architecture, culture and theater. But I wound up majoring in neuroscience. On the day of graduation, they read off what we were planning to do next. In a group of people planning careers in medicine and a handful in investment banking, I already knew my ambitions lay in music. Music had always been a part of my life; community theater, school plays, and studying various instruments. There was, and really is, no prescribed path of how to make it into a career. Music combines elements from all disciplines. The theory behind pitch, melody, rhythm, and synthesis is incredibly mathematical. Modern composing can be methodical and technological. Then you mix in storytelling and it becomes about psychology, character, and symbolism.

Whether it’s songwriting or film scoring, you’re always trying to find the specific combination of pitch, harmony, textures, and, sometimes, lyrics that together can communicate something…more. I went to Berklee College of Music’s summer semester program to see if I really wanted to dig into music as a career or if it was better to just keep it as a hobby. Career it was. I enrolled full-time, studying songwriting. A desire to arrange and record my own demos led me to add a “Contemporary Writing and Production” major to my curriculum. This included writing many instrumental pieces. A friend from Brown then licensed some of my music in his group entry into a 24-Hour Film Festival. The short film, “A Complex Number,” won best score and I was hooked on putting music to image. Upon graduation (again), I moved out to Los Angeles. After interning for one of my film scoring idols, Bear McCreary, I was hired to work for him. It was a big jump into the deep end and I learned so much from him. Enough to know that I wanted to get in and under the hood of what this “film scoring” thing was all about. With songwriting, it’s about economy of meaning. You only get so many words, so each choice means a lot. But with films, television, and video games, you have time to flesh the story out. Your musical themes can twist and turn and breathe. It’s a related but very different skill. So I went back to school yet again, adding a Film Scoring major to my Berklee degree.

Then this past year, I graduated with a Masters of Music from USC Thornton’s Screen Scoring program. I’ve been scoring some amazing student films during this past year at USC. I’ve also made wonderful connections through organizations like Women’s Weekend Film Challenge. I released the soundtrack to a short horror romance called “Aubergine.” I just scored a short film, “Don’t Despair,” which is a moving portrayal of pandemic life. And that’s where you find me. Always eager to learn more and help to tell stories. There’s a bit more to the story (isn’t there always?). A detour to Indiana, Pennsylvania – a town that I absolutely adore – working for then-Senator Barack Obama’s 2008 presidential campaign and a Webby Award from my brief time as a web developer…everyone’s story is so complex and rich. It’s why storytelling is so compelling. And specifically why I love what I do.

Would you say it’s been a smooth road, and if not what are some of the biggest challenges you’ve faced along the way?
In many ways, I have been incredibly fortunate. I’ve been able to go to various amazing schools. One of my first jobs in film scoring was for one of my film scoring idols, and I learned so much from him. But everyone faces some obstacles along the way. There’s a momentum about any success, such as a college degree, that pushes you in one direction. Pivoting away from that momentum can be confusing and difficult. One of the aspects of film scoring that I love is precisely that I can, in both obvious and more subtle ways, utilize other skill sets and other interests that I have.

It’s probably a common obstacle in Los Angeles, but being across the country from my family is difficult. Add in a global pandemic and it’s even more of a strain. But Los Angeles has grown on me. I love the sunshine and I love living downtown.

As you know, we’re big fans of you and your work. For our readers who might not be as familiar what can you tell them about what you do?
I write music for film, television, and video games. Often it’s underscores, but I also write songs. I’m most proud of my focus on story and character. I just love film. So much can be conveyed in a camera angle or lighting decision. It’s precisely crafted to communicate more to the audience than what they perceive consciously. I pride myself on being able to read those choices and to tune in to the story a filmmaker is telling beyond the words on the page. It’s a bit too early in my career to say I specialize in anything. Although I have done multiple films that explore aspects of mental health through supernatural horror. Make of that what you will. I just finished an 80’s time travel short called “Time Again.” We remotely recorded two 80s-style pop songs. Part of the fun for me is delving deep into a genre and trying to find the sounds that are right for that specific project. 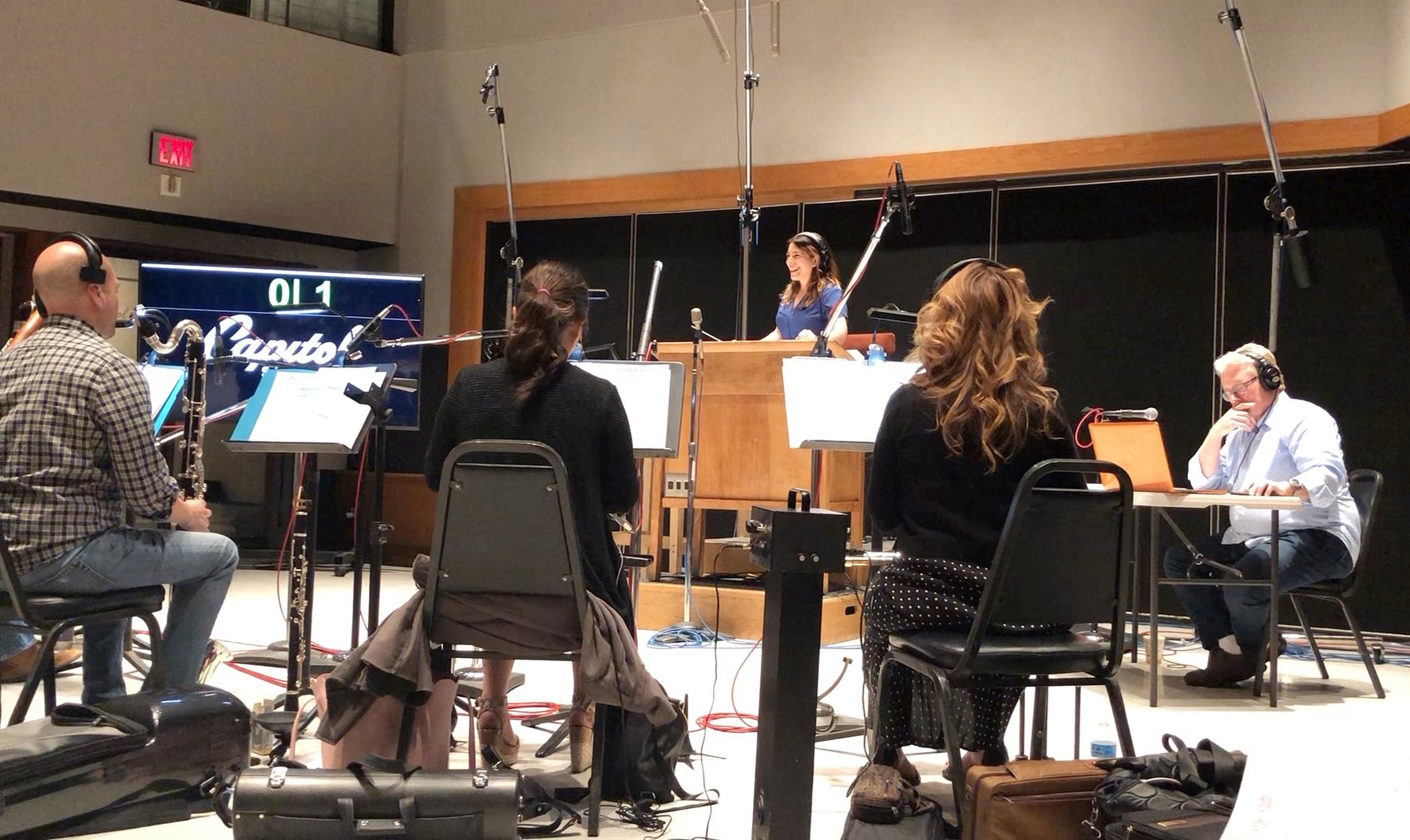 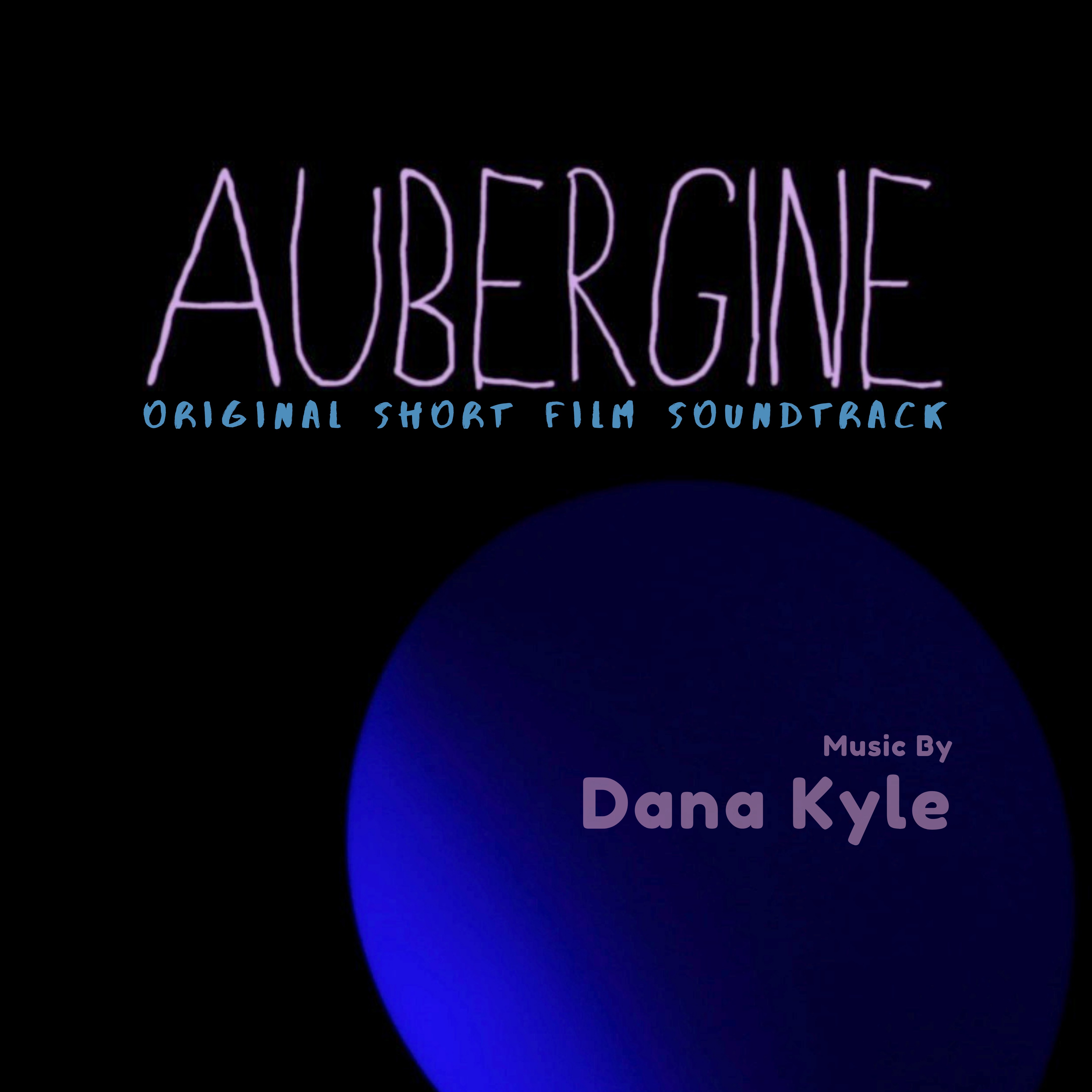 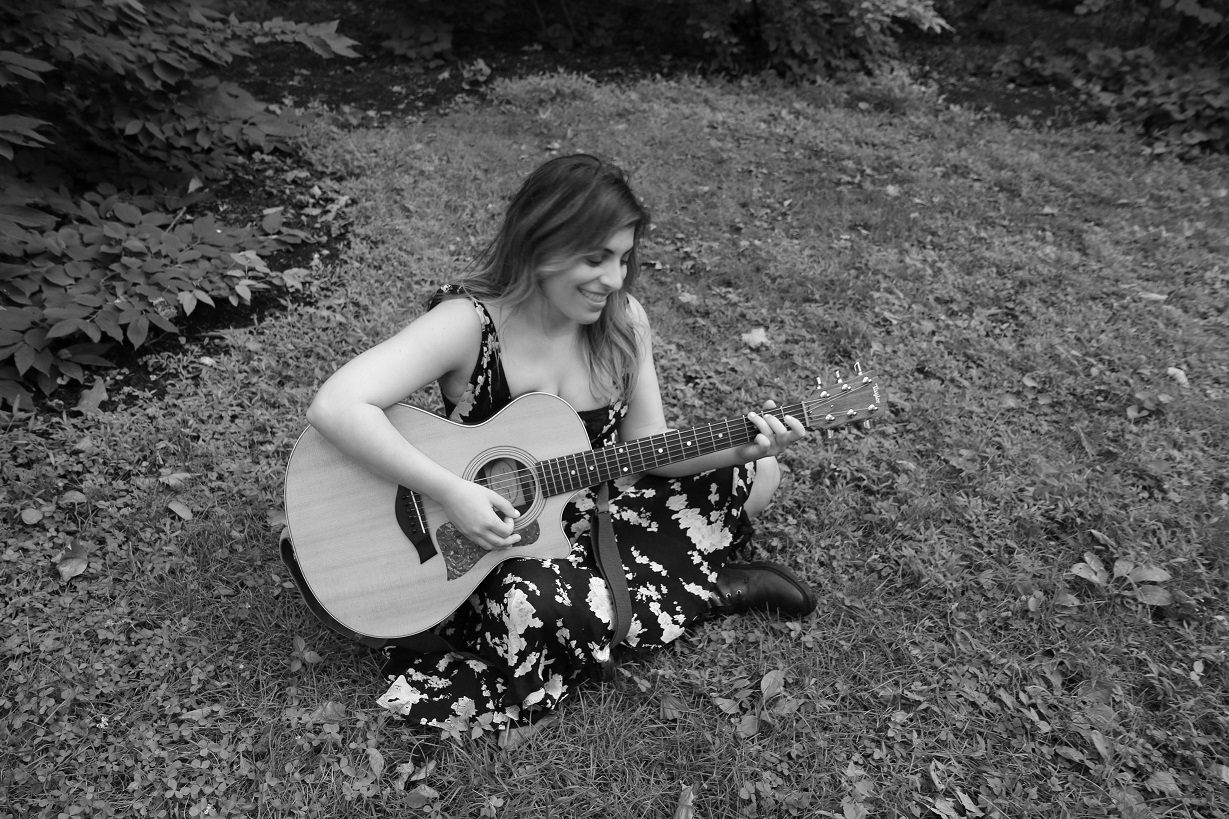 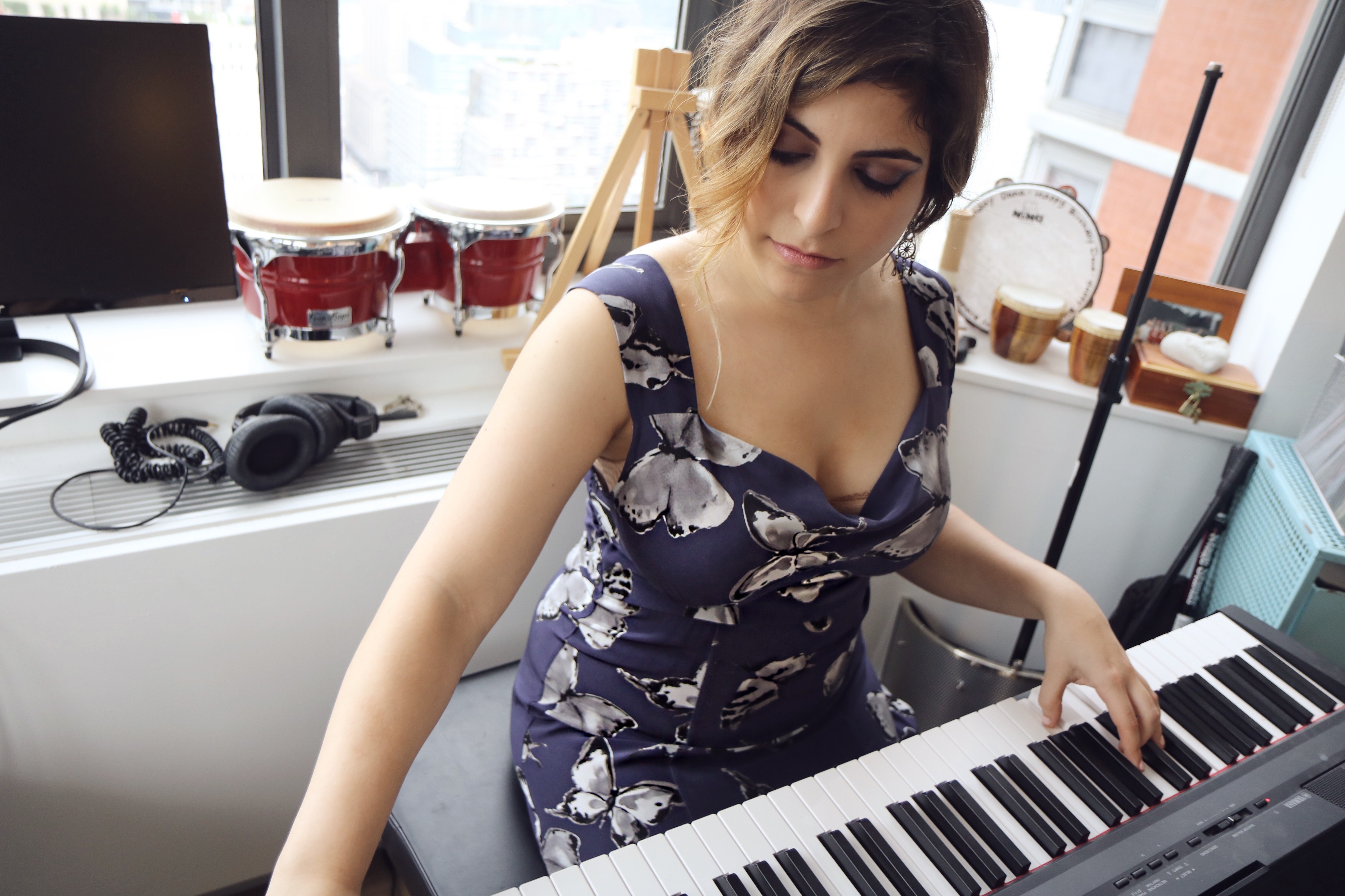 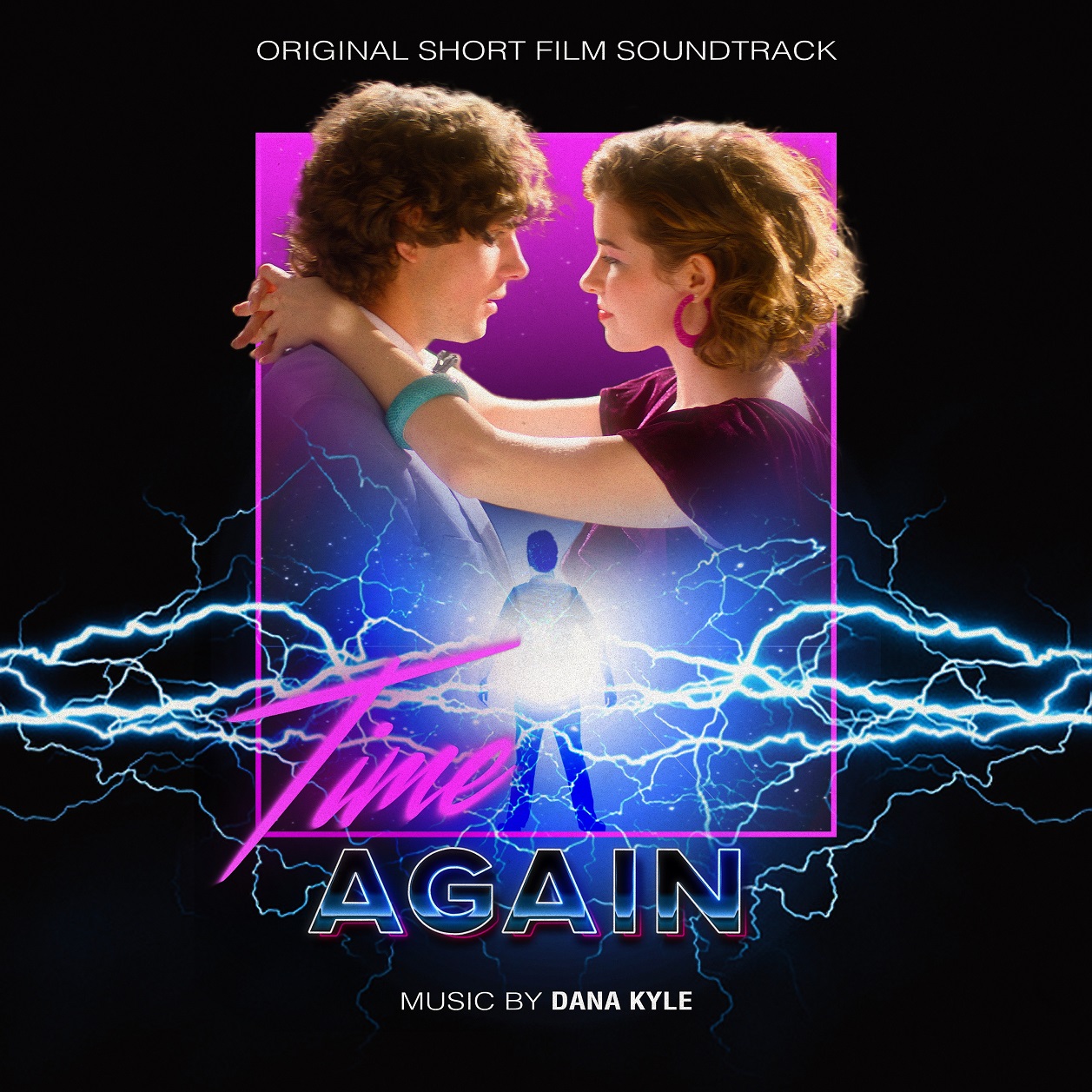 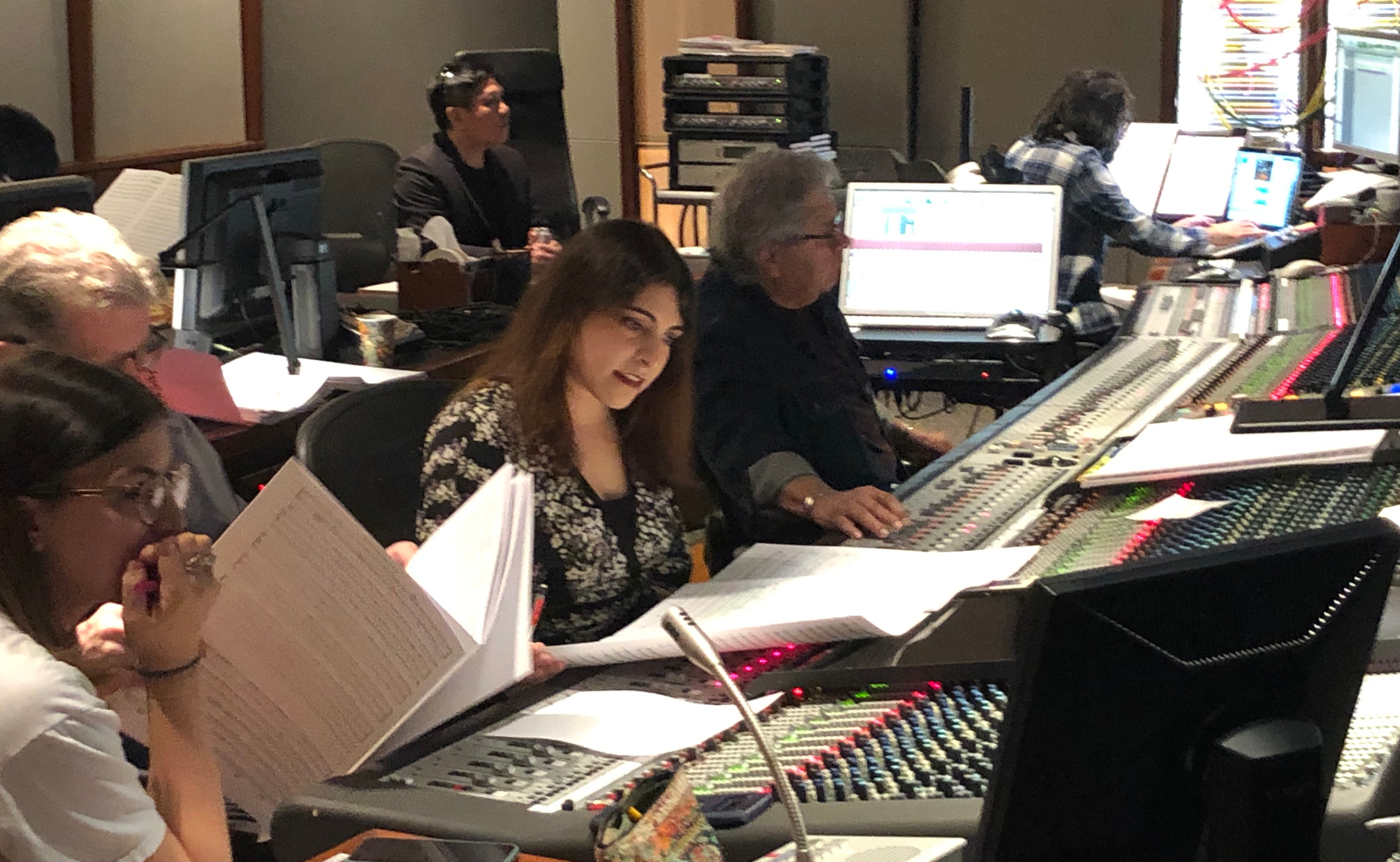