Today we’d like to introduce you to Cortney Kammerer Thornton.

Hi Cortney, can you start by introducing yourself? We’d love to learn more about how you got to where you are today?
I like to describe myself as a cinematic pictorialist, born and raised here in Southern California. I graduated from UC Santa Cruz with a business degree with a focus in film in 2011 and have been working in the film industry ever since. Over the past decade, I’ve been fortunate enough to learn from some of the best filmmakers in the business. The first film set I interned on was Paul Thomas Anderson’s The Master.

Shortly after, I landed a Production Assistant gig on Christopher Nolan’s The Dark Knight Rises and in late 2011, I was hired as a Producer’s Assistant for JoAnne Sellar. For four years, I worked under her tutelage and during that time was able to assist Paul Thomas Anderson as well. I then left my first film family to spread my wings and went on to produce independent productions. Since 2013, I’ve produced award-winning short films, web series (Talents Web Series, an Austin Film Fest selection and Simi Valley distributed by BlackPills/Vice Company) documentaries (In Search of Voodoo, Academy-Award Nominated Actor Djimon Hounsou’s directorial debut) and a feature film titled The Dreams of Rene Sendam, to be distributed in 2021. In 2018, I made the move to the Art and Set Decoration departments where I’ve learned the design and decoration aspects of narrative film. I’ve since worked under the guise of well-seasoned Production Designers like John Paino (Dallas Buyers Club) and Dan Bishop (Madmen) on killer shows such as HBO’S Big Little Lies Season 2, Apple+’s The Morning Show and Apple+’s For All Mankind. And now, after two years of developing a script and moving into pre-production, assembling a small but mighty crew, I am embarking on my next journey, directing my first film titled The Drop Off.

Can you talk to us a bit about the challenges and lessons you’ve learned along the way. Looking back would you say it’s been easy or smooth in retrospect?
No matter the film, the budget, or who’s attached, a film is never a smooth road and that’s what makes it all the more wildly wonderful. Personally, I like to take roads less traveled, ones that are bumpy, dirty, treacherous, ones that make me question my decisions and motivations. Those are the roads that once you reach that outlook point and have that final product, you are incredibly grateful for all of the struggles and feel that subliminal energy radiate through your cinematic soul. Don’t get me wrong, there have been MANY struggles along the way, however I do not let those define me, rather I use them to guide me towards the filmic light of creative clarity. The biggest challenge by far has been the current global pandemic COVID-19. It was this intense moment for me of “okay, you just decided to pursue your directing dreams, you have a lot to overcome already being a first-time female director in a 95% dominated male field, and let’s just throw a global pandemic on top of it.” I was truly worried wondering what creative collaboration was going to look like, would it even exist? What would happen to the overall film industry? However, my first instinct was, don’t let this stop you. And I haven’t. I just kept making sure I was checking boxes off my “get to do” list making sure we were constantly moving forward.

Originally we were planning on shooting in June 2020, and that obviously quickly changed with production, industry-wide shutting down, the economy essentially shutting down and strict stay-at-home orders being put in place. I honestly think that all of this was a blessing in disguise though. I’ve been able to flesh out the story more, take the time to hone the collaborative process with my team and keep building on these delicious character worlds. Plus, this film is indie filmmaking at its finest, meaning for every one hundred no’s you will get one yes. You have to be okay with rejection. You have to be okay with the fact that some of the initial collaborators might not end up making it to shooting with you and that’s okay. So long as you keep moving forward for the greater good of cinema, that’s all you can ask for. In the end, no one ever gets into film because it is a smooth road. And if we did, it wouldn’t be as fulfilling and gratifying knowing it was easy. It’s the blood, sweat and tears that move us and encourage us to keep persevering. It’s being in the cinematic trenches that make the war of art so thrilling and humbling.

Thanks – so what else should our readers know about your work and what you’re currently focused on?
I like to say that I’m a Pictorialist. I specialize in making moving pictures. I don’t consider it “work” necessarily, but rather I get to play everyday with my cinematic cohorts, “organizing heavenly chaos into earthly delights”. I could call it “work” since most of the time, I collect a paycheck that I use to pay my bills but calling it “work” makes me feel like it is something I have to do rather than something I get to do. I love making movies and I’m so fortunate that I wake up excited to go to the film studios and make art. I’m most proud of following my dreams of directing. It has not been easy and there are many days that I feel like giving up and question my sanity in terms of choosing such a difficult path. But I’m here, now, living another day to keep making art. I’m proud of my “tireless persistent” spirit; the only way I can fail is if I don’t make my films and refuse to let that happen. What sets me apart from others is that want to direct this specific film The Drop Off because we need to be able to give people a sense of hope during a time where many of us feel hopeless. Hope can coexist with pain and suffering. Hope offers clarity amid uncertainty. Hope can be that beacon of light in dark times. My pictorialist soul wants to paint moving pictures in a time when we socially and emotionally need them the most. With the physical and metaphorical roads of our complex lives becoming increasingly more difficult to navigate, I feel it is my duty to create, inspire, entertain and help us empathize through the filmic medium. After all, we only get one chance in this lifetime and I didn’t choose to create relevant, thoughtful, subliminal cinema, it chose me.

In terms of your work and the industry, what are some of the changes you are expecting to see over the next five to ten years?
The film industry is experiencing a massive shift, with some good moves and some not so great. Tighter health and safety standards are here to stay and I think that is a good thing. I like wearing a mask at the studios, especially because I am around departments like construction and paint where microscopic particles and chemicals can easily infiltrate the body. Having the extra measure of masks, increased handwashing, and the use of hand sanitizer makes me feel safer. I think the current trend of 10 hour days for health purposes provides more mental and physical stability than our pre-pandemic 12 hour days. I see a trend of less on-location shooting and a move to production taking place in more controlled environments like sound stages. I see smaller, stripped down crews with bigger health and safety protocol trends. There will be a continued shift of collaborating through digital meetings, with fewer in person. I see more time in prep happening so that there is less time shooting. I’m not sure if this is a good thing. The magic really happens when you hit record! The biggest shift will hit low budget productions. I don’t think us smaller films will have the capacity to work within these newer guidelines because we won’t be able to afford the increased safety standards. Big budget films and studios will always be able to function, but it’s the auteur, the “mom and pop” productions that will take the hit. 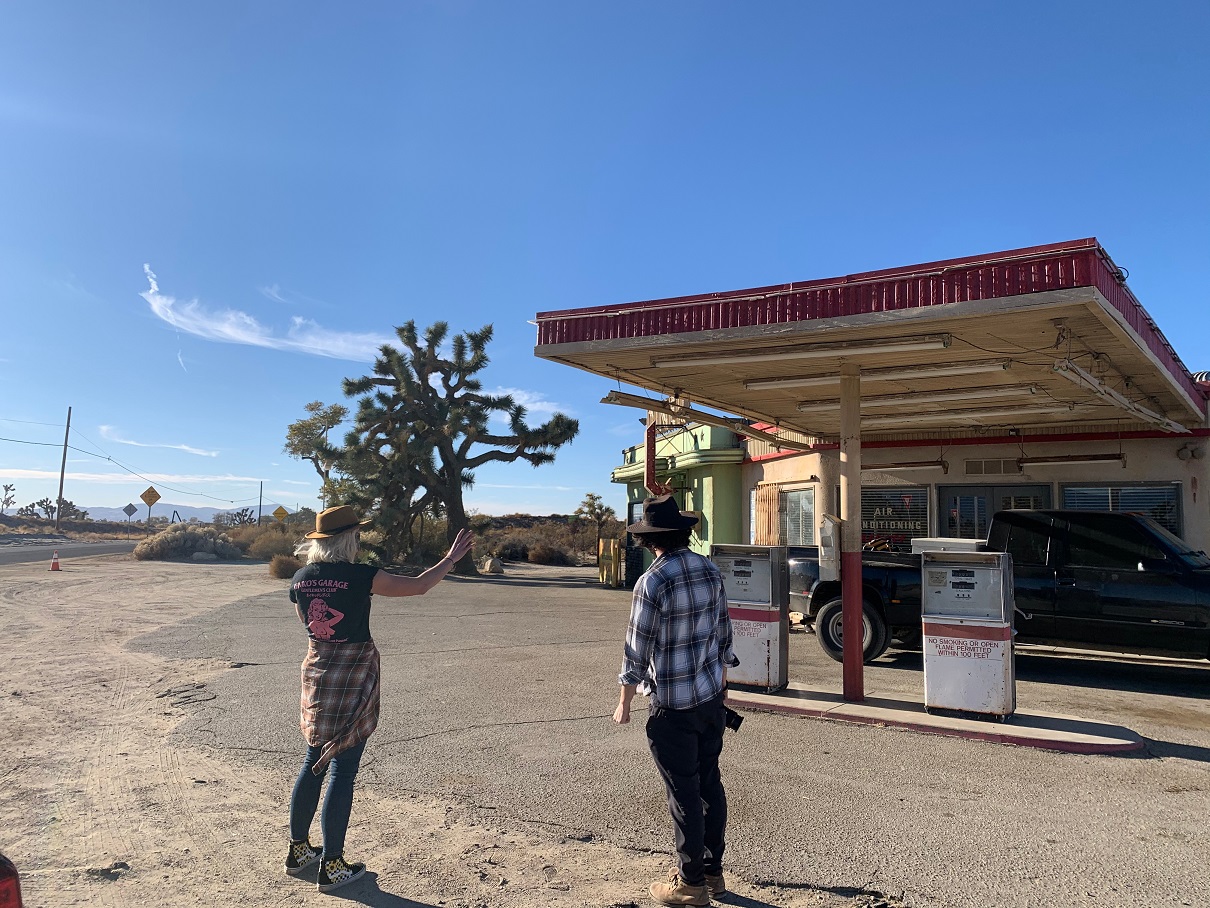 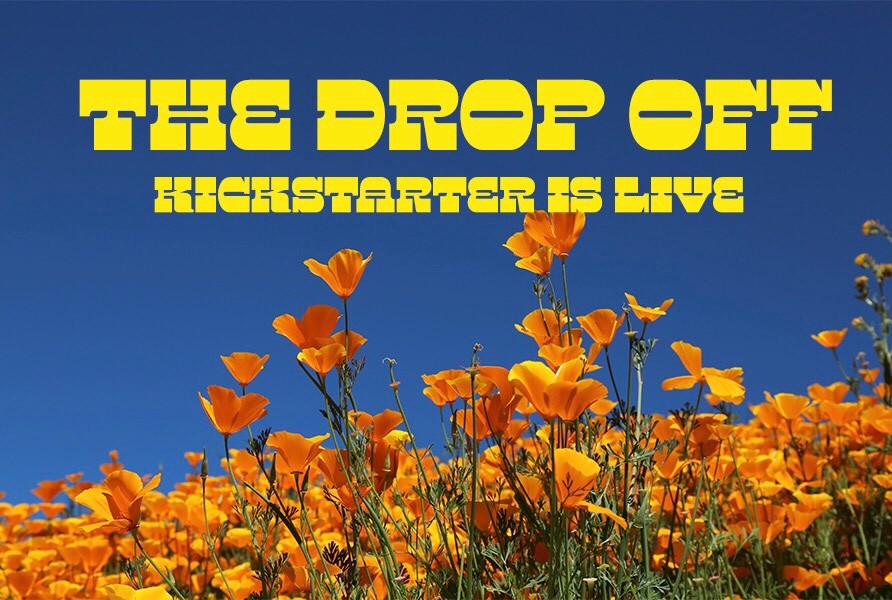 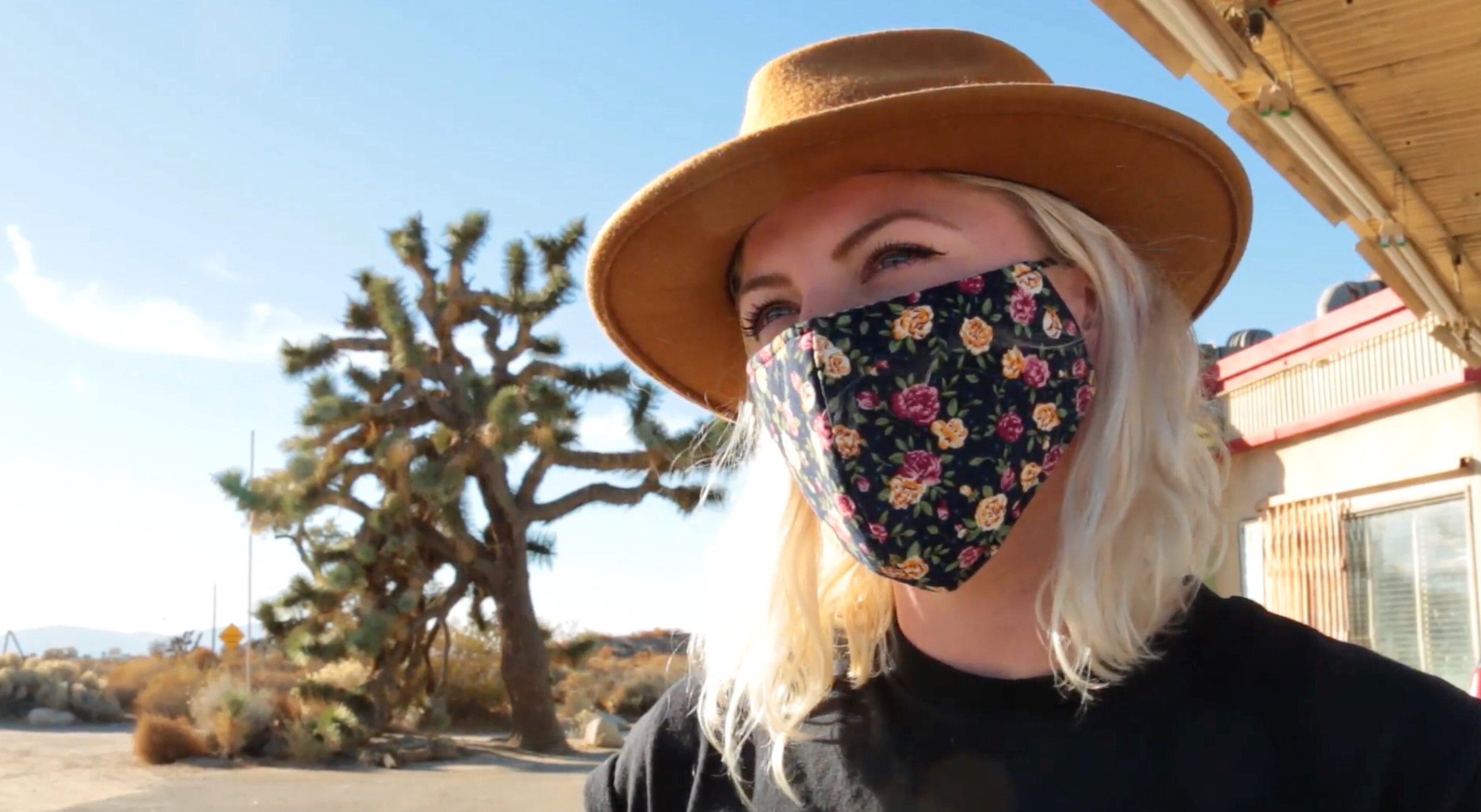 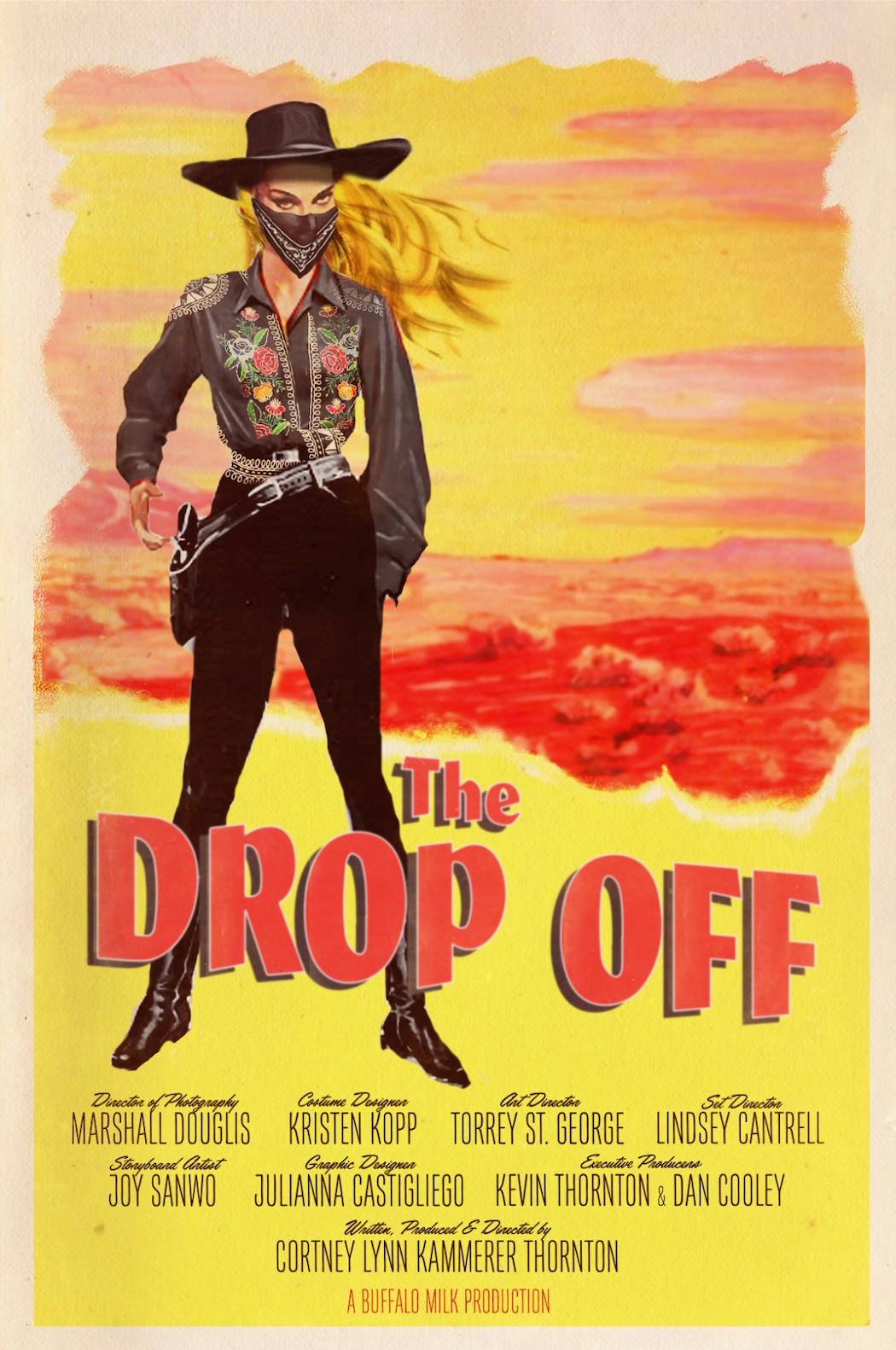 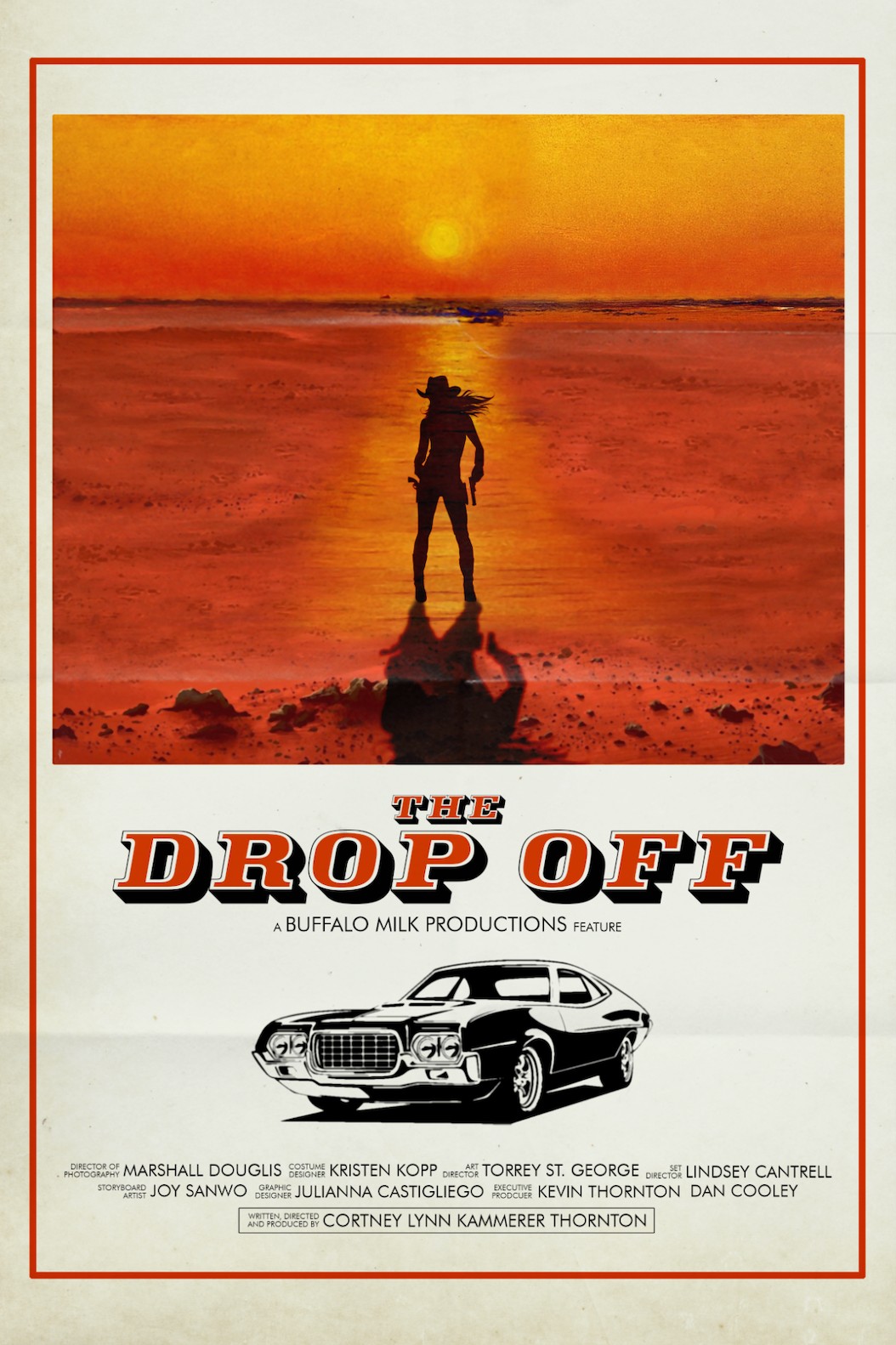