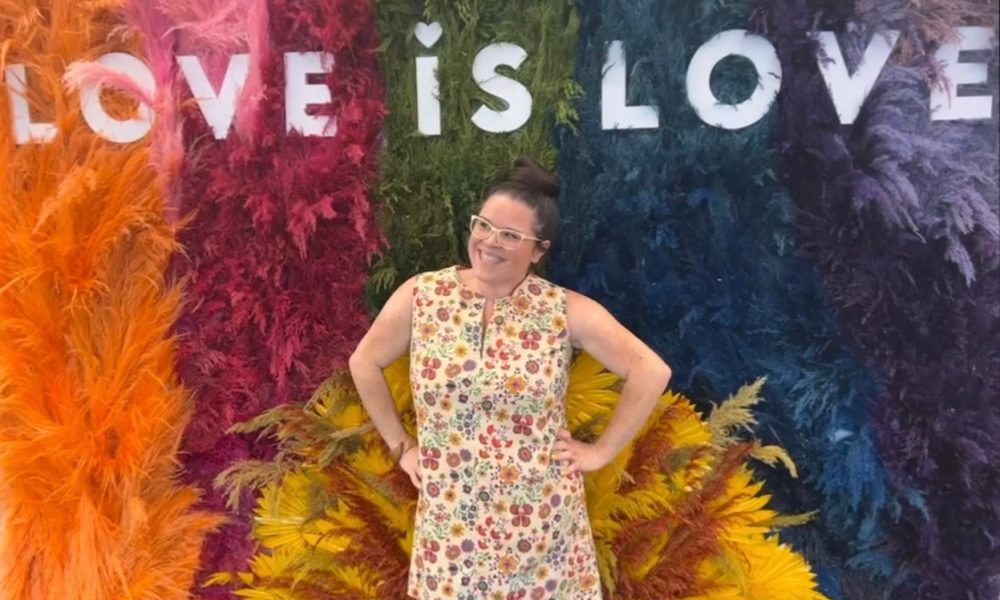 Today we’d like to introduce you to Annie C. Wright.

Annie, we appreciate you taking the time to share your story with us today. Where does your story begin?
Ya know, I didn’t even realize that comedy writing was a job until I was in my 20s. I was voted class clown in high school and then went to college for a BA in English, so I’ve always had both parts of the equation (comedy + writing), but I guess growing up in New England felt pretty far away from the tv/film industry and it just wasn’t on my radar.

I moved to LA in 2014 and signed up for a poetry workshop at UCLA Extension. Lucky for me, Angelino’s hates poetry! Just kidding. But that class was canceled due to low enrollment. So I took my little refund and put it toward a TV writing course instead. And not to sound dramatic, but I knew instantly that this is what I’m meant to do. It clicked. Day one. And I’ve been obsessed ever since.

I wrote my first spec script in that class, then took a few more workshops at UCB and Second City and just kept writing and reading scripts. I ended up making a digital series that got into a few festivals, wrote and produced some plays and joined the Dramatist’s Guild (woo!), and optioned my first feature script. More recently, I wrote and directed a pilot called BUDS that was nominated for a jury award at the Austin Film Festival – I’m actually heading home from AFF again as we speak!

Now I’ve got a few more scripts in my portfolio, just finished rewrites on a new pilot, and am collaborating on a couple of friends’ projects. And since directing my own pilot was such a positive (and ridiculously fun) experience, I’ve taken on some small directing gigs lately, and am excited to continue exploring that side of comedy.

We all face challenges, but looking back would you describe it as a relatively smooth road?
Maybe I’m meditating too much lately, but I’d say the road’s been relatively smooth… in this industry, there’s just a lot of traffic. So I think half the battle is writing well and the other half is having the patience and conviction to stay the course. Once you start getting your work out there and you find good people along the way, it starts to feel a little more like the HOV lane – you get some momentum and things start moving faster. Finding the right reps can feel like a struggle. I’m tempted to compare that part of the journey to a toll road/FasTrack situation, but I’m talking way too much about driving, even for an LA publication.

I will say that in the hierarchy of terrible things happening in the world, it can feel like a struggle sometimes to justify putting so much of my focus on comedy. But I spent my first five years in LA working in senior care (not exactly the typical path to a TV writing career) and one of the biggest takeaways from my time in that field was just how much of an impact media has on our brains. Even when the short-term memory is shot, what stays with people are their favorite movies, the television shows they watched growing up, and lyrics to songs from 50+ years ago. For better or for worse, the media we consume shapes us and sticks with us, and creating memorable work that resonates with people – that feels like a pretty important job to me.

Thanks – so what else should our readers know about your work and what you’re currently focused on?
My forte is episodic and short-form comedy! Seriously… writing snappy dialogue and punching up jokes are my version of a hot girl walk.

I’m interested in creating character-driven work that makes you laugh, sneaks up to slug you in the heartstrings every once in a while, then makes you laugh again for good measure.

In terms of what makes me most proud, I’d say it’s that my projects are intentionally inclusive. I grew up as a fat queer kid in the 90’s / early 2000’s and was the only kid I knew with a disabled parent. That era was a great time for boy bands… not so great for accessibility or body positivity. So I kinda felt like an odd duck sometimes, and my best defense was to be funny. Ironically, I think the feeling of otherness is a relatively universal one that most of us have experienced at some point, on some level. So I try my best to create characters who reflect that internal rift – whether it’s not belonging or feeling ill-equipped to handle what’s in front of them – and then I give them the tools (and the jokes) to get through it. Who knew comedy could be such an emotional ride?

Can you share something surprising about yourself?
When I’m not working on my own projects, I’m a freelance copywriter! Clients usually hire me when they need to add some humor into their branding or ad campaigns. Copywriting and TV writing actually use a lot of the same muscles. It’s about the athleticism of words – like, how can I say as much as I need to say in as few words as possible?

So… surprise! You can hire me! 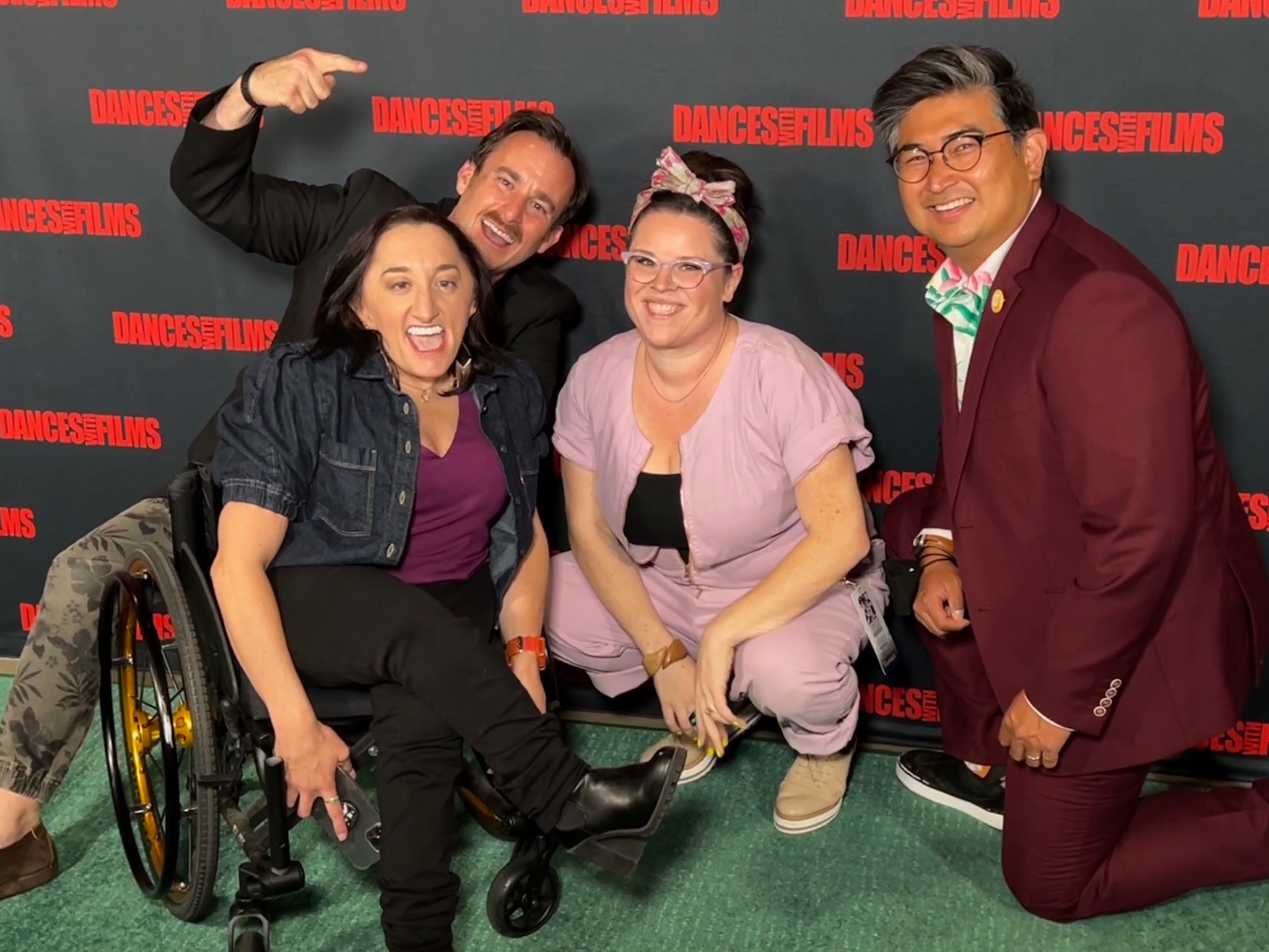 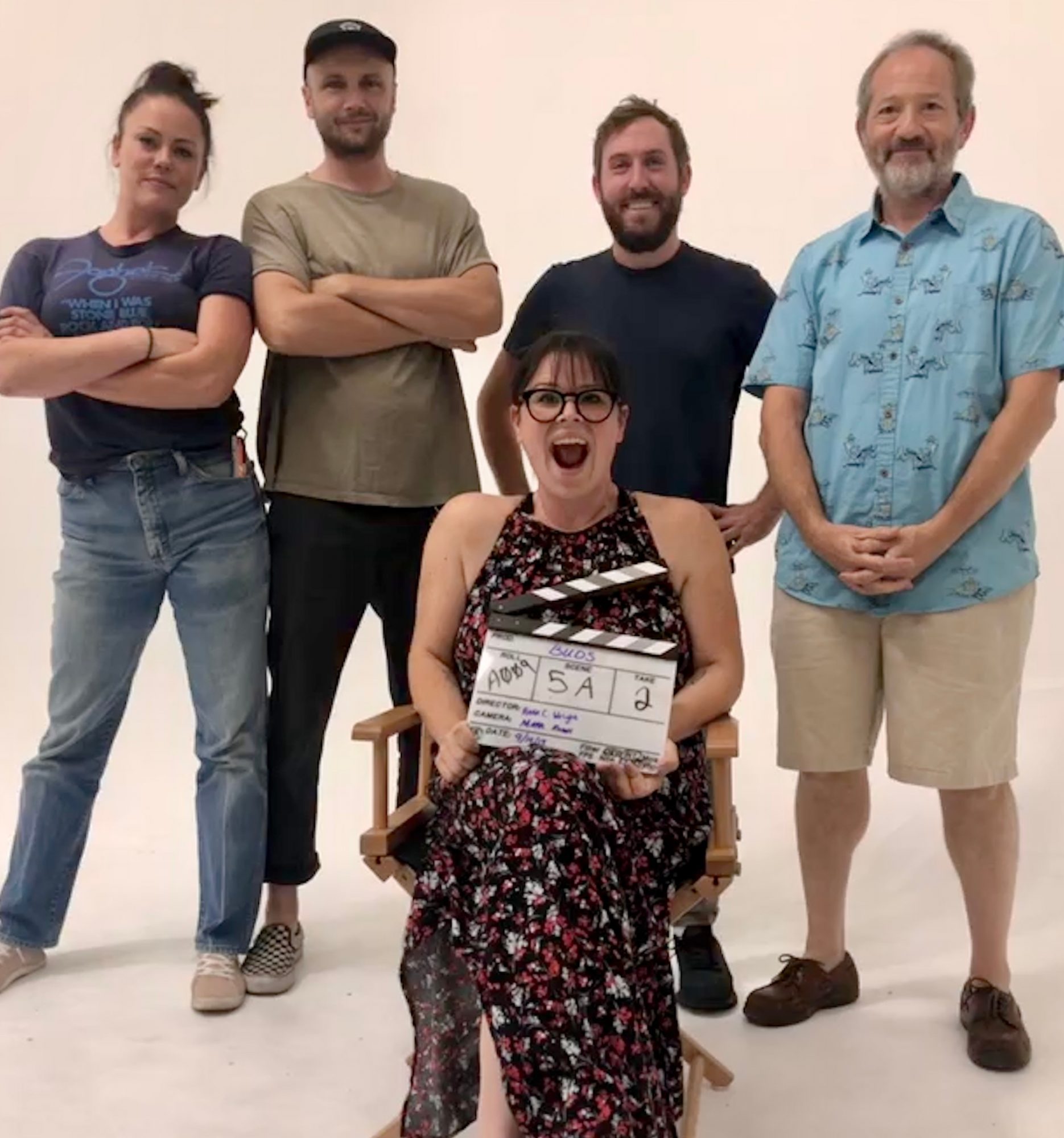 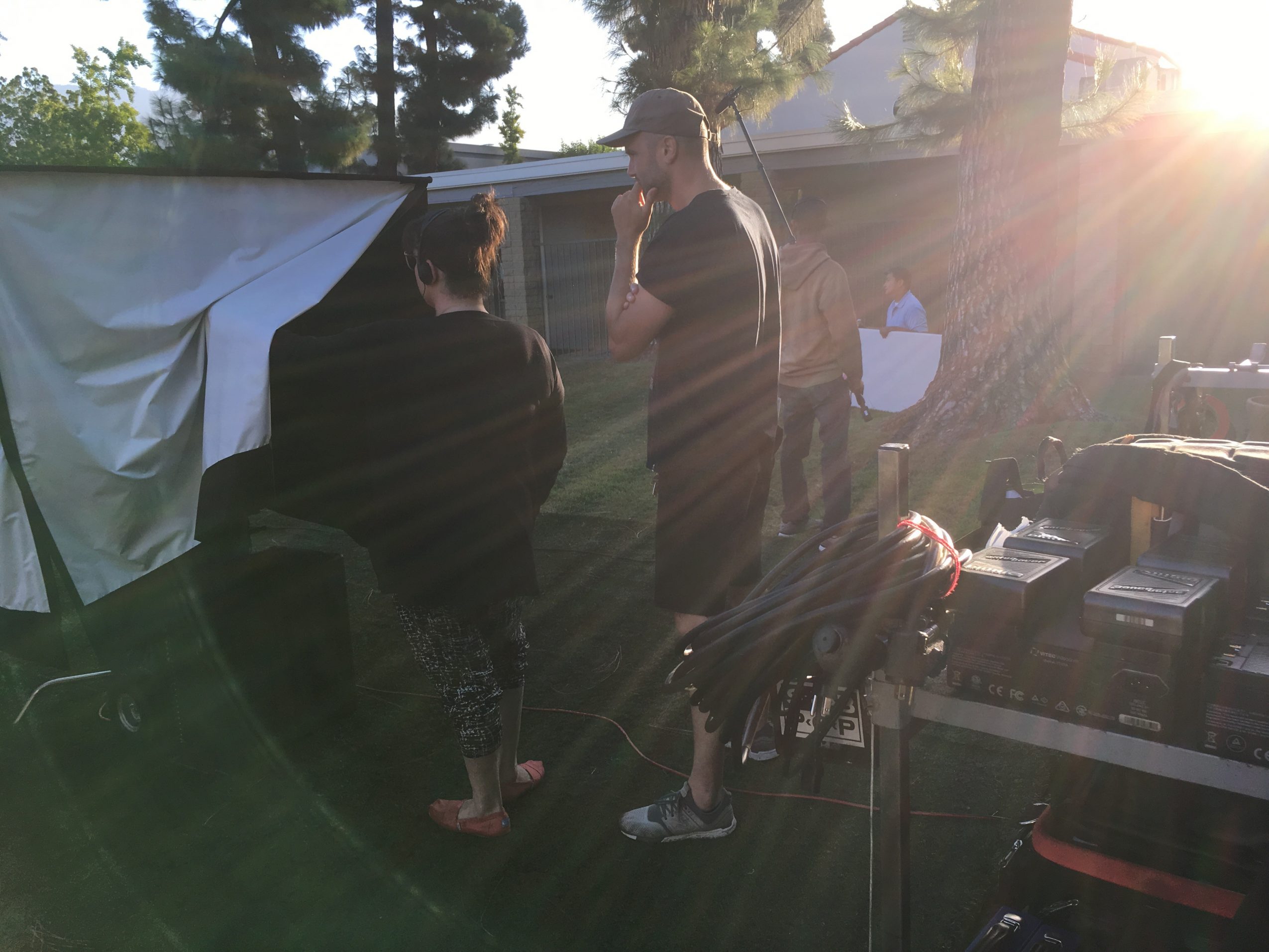 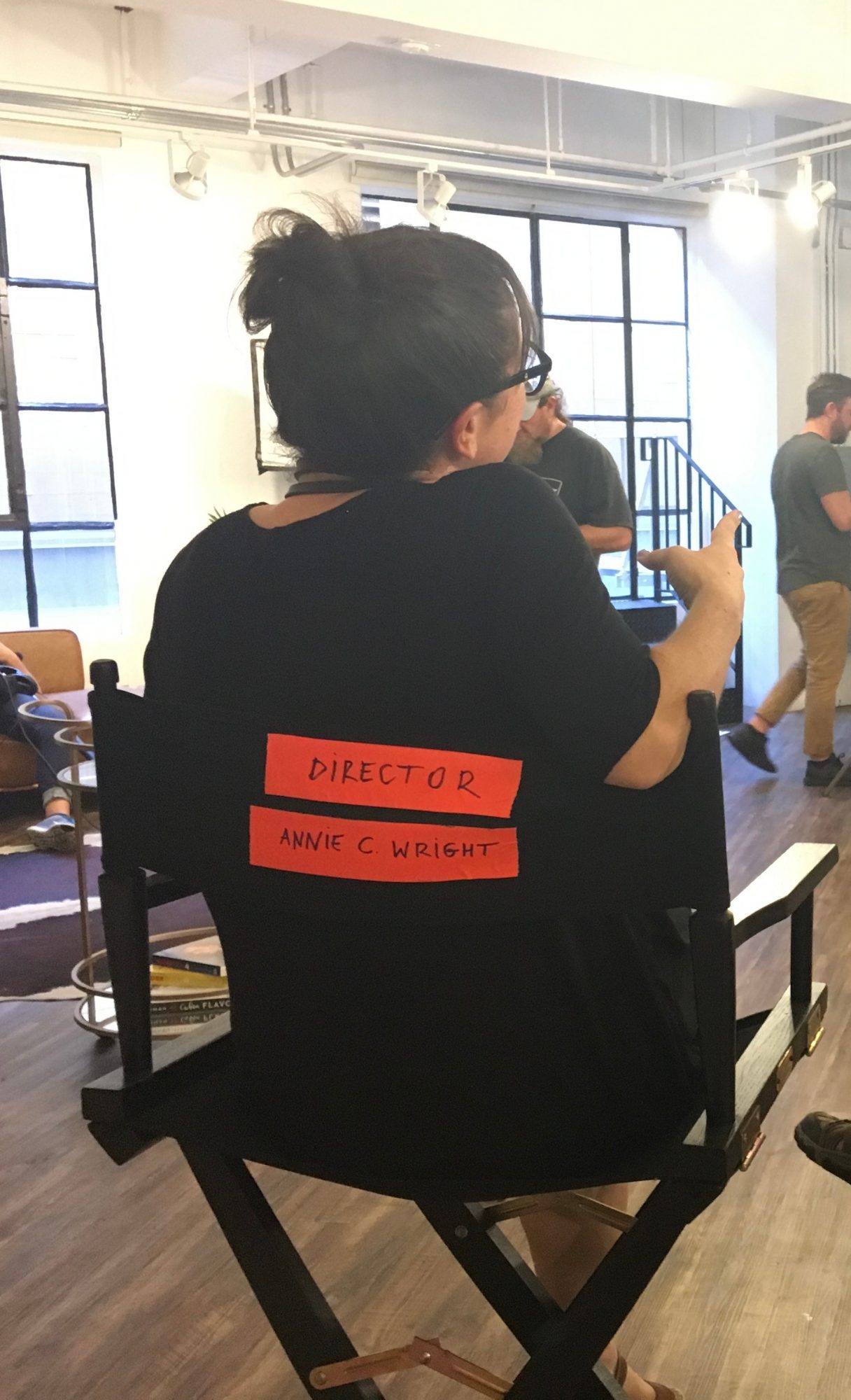 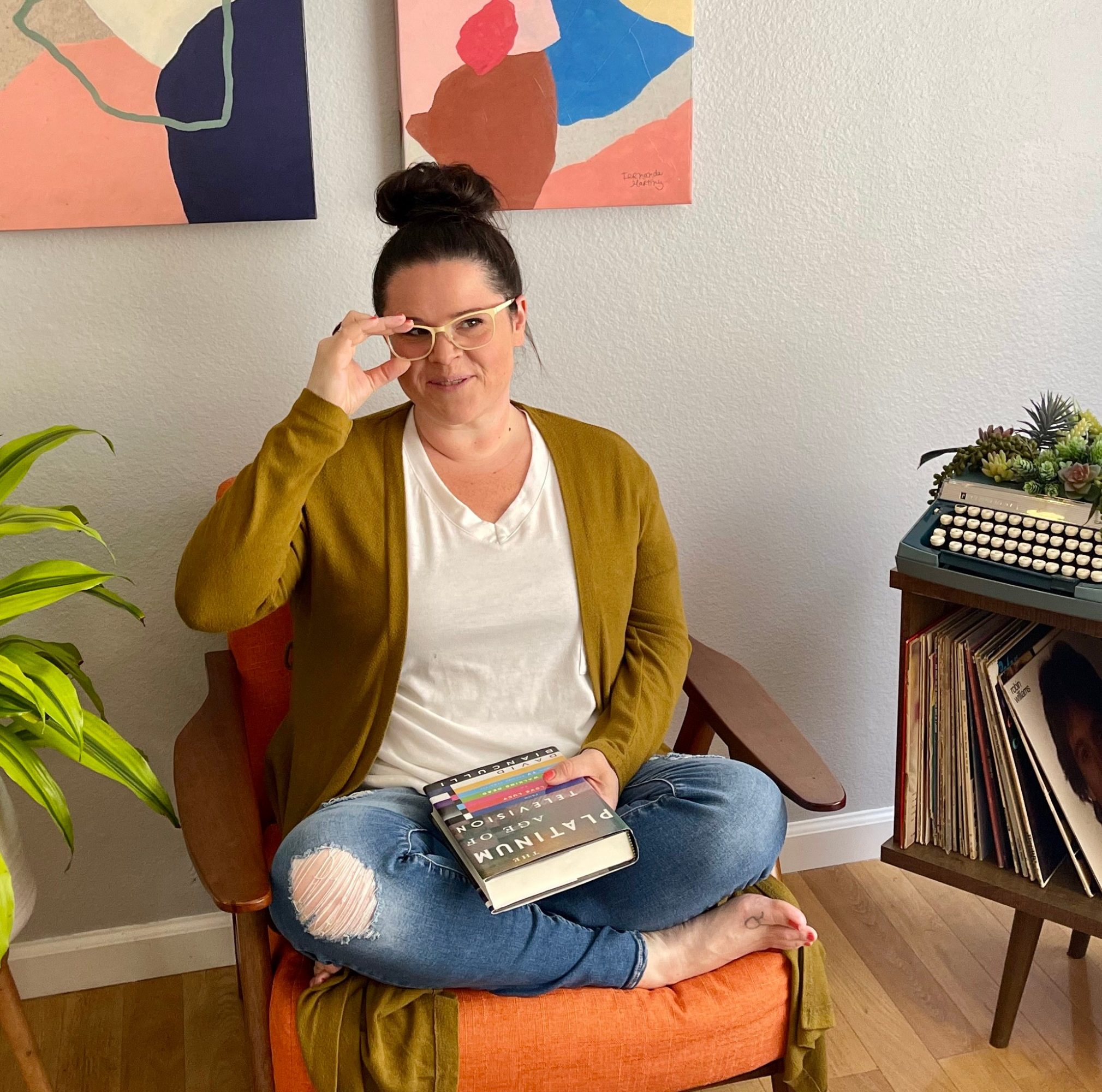 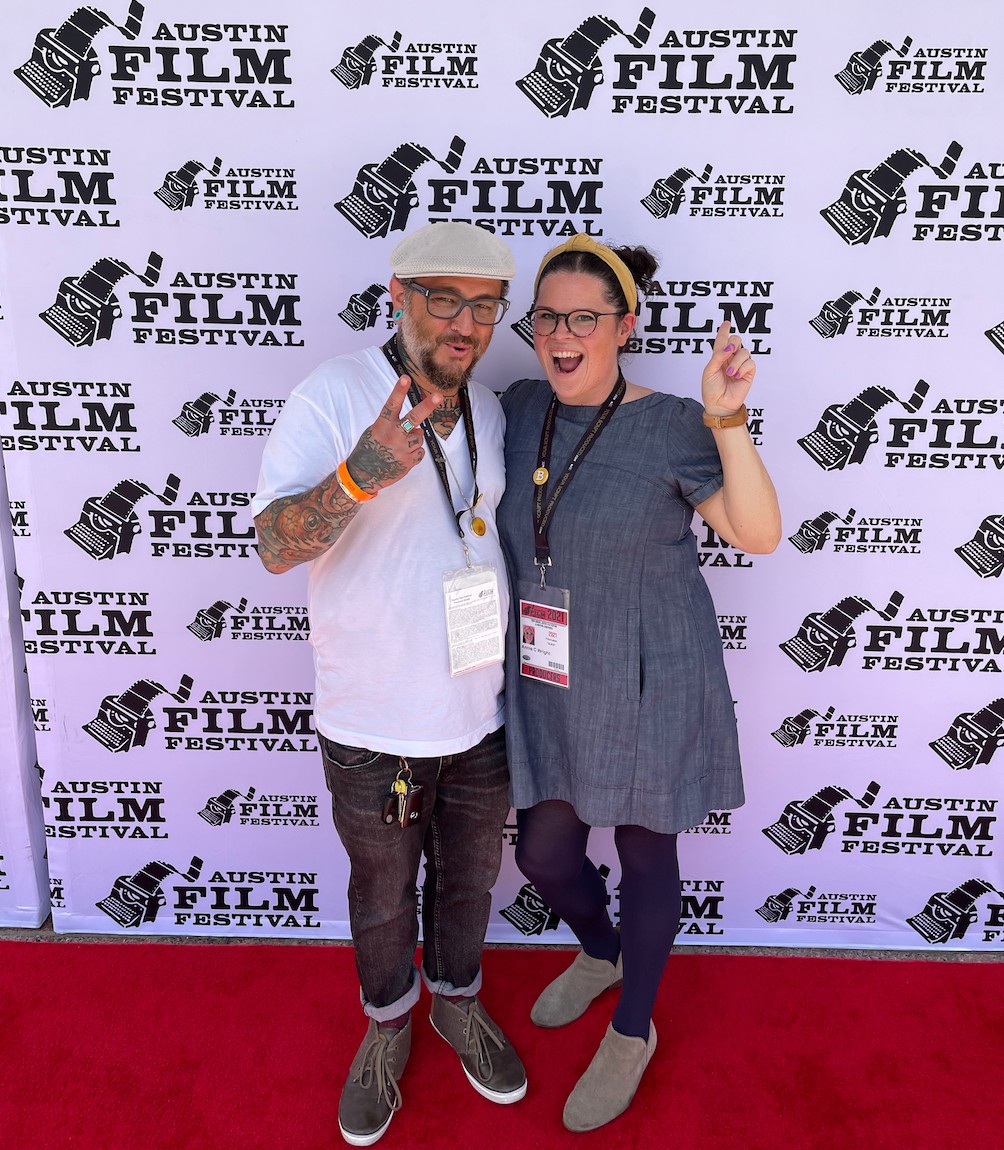