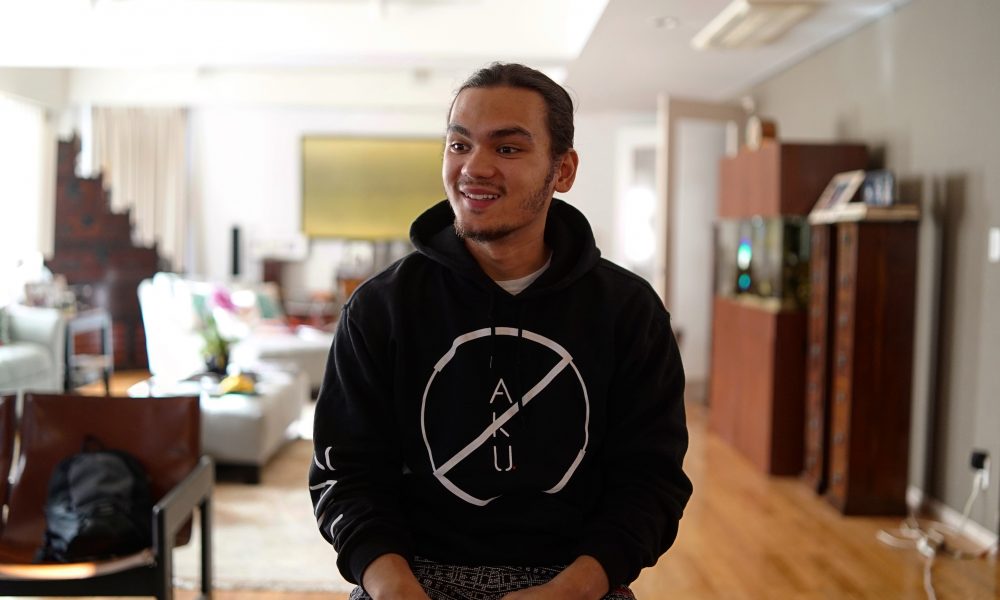 Thanks for sharing your story with us Zaku. So, let’s start at the beginning and we can move on from there.
Born in Manila, Philippines to an American father and Filipino mother. My father was an international businessman, and we moved a few times as a result of that. We lived in the Philippines, Hong Kong, Connecticut, and Tokyo. Through all of those moves, my family spent the most time in Tokyo. Having lived there for around ten years, I would say I grew up in Tokyo and strongly identify with the culture. However, even still today when I’m asked, “where are you from” I struggle to give a clear answer.

Despite all the moving, I was always able to play sports and sing in the school or town choir. Eventually, as I neared high school, I began to focus on sports more. A few of my friends and family still encouraged me to pursue the arts, but I developed insecurities towards singing around people. My mother has always been my biggest champion. She was a professional dancer and was a member of a popular dance group in Manila during the 90’s. My commitment to athletics led me away from music for a time, but a knee injury before starting my career in college football would re-spark my love for the arts.

After two months of being in college, I realized I didn’t want to be there, and ultimately wasn’t fulfilling my passions. So I quit the football team, dropped out, and made the decision to pursue acting. Less than a year later, I moved to Los Angeles, solo, 19 years old and ready to conquer Hollywood. As many before me have done, I created unrealistic goals for myself. One that I can laugh about today is, “within one year, I’ll book the lead role in a feature film.” Of course, those ambitions of immediate success were quickly humbled by my training at The Lee Strasberg Theatre & Film Institute, where I trained in Method Acting. I credit much of my success in LA to what I learned at Strasberg. Not only that, but it reinforced my love for the arts, but more importantly, the process. It taught me how to truly be present, and take every moment, moment-by-moment.

After two years of actively pursuing a career in acting, I did a couple of short films, a commercial, and a play. I started to realize how much more I could do in entertainment, and the different avenues I could take that would serve me better. I always loved music. In fact, my love for performance was birthed by Michael Jackson. I wanted to achieve the same awe-inspiring performances. I’m a performer at my core, whether it be sports, music, or acting. I have always strived to perform at the highest level, no matter what the task. One day, I asked myself, “if tomorrow I had the choice of being on set in an amazing location shooting a film for two months, or every other night being on stage in a different city, performing to a crowd – which would I choose.” Obviously, I went with the latter.

I had no idea where to start. I looked high and low for different opportunities to get into the scene somehow. Eventually, on craigslist, I found an internship doing branding/marketing focused around music/music management. That’s how I met Jay Blaze. I always believed in my talents and was confident that if I could just find the right person to guide me through the process, I would find success. Over time, through my hard work and initiative in working with him, he became more interested in helping me with my career. I presented some unfinished songs to him, and he pushed me to finish them. Over the course of a few months, I had a five songs EP. Then, a little over a year after starting with him as an intern, we became business partners.

That partnership in summer 2019 was the beginning of my music career. Shortly after, we traveled to Asia to shoot music videos and content in Japan, Philippines and Thailand. Now almost exactly a year after that trip, I’m gearing up for my 3rd EP release, with an album already finished and waiting in the wings.

I’ve learned so much in one year, it’s been an unbelievable journey so far. If I’m being completely honest, it’s been a very lonely one too. I have to be my biggest supporter at all times. It’s not easy pursuing the path of an artist. Many of my friends don’t understand how difficult it is, and all of the roads bumps along the way. On the flip side, it has strengthened a few of my relationships with some people that I truly can rely on for support.

We’re always bombarded by how great it is to pursue your passion, etc – but we’ve spoken with enough people to know that it’s not always easy. Overall, would you say things have been easy for you?
It by no means has been a smooth road!

I think initially, one of the biggest struggles as an artist is finding the audience. And I’m not just talking about people that are going to listen to my music, but real fans that are going to actively engage – buying merch, checking constantly to see if I release something, buying tickets. Finding those people can be a challenge. I have had to take a step back and look at things from a business perspective, browsing through analytics, data, trends – all these things that feel the opposite of art. I can tell you with absolute confidence that I did not get into music to look at numbers…

I’m signed to my partner, Jay Blaze’s music label, Global Sound Music Group. We are an independent label. Everything we have achieved has been done without the help of any major label. That means, every day we wear multiple hats. Now we have progressed to a point where we may not wear as many hats, but nonetheless we go above and beyond what most artists do on a day to day basis. Like I said, I started with Jay doing branding/marketing. That gave me a tremendous advantage out of the gate because I was always focused on what we can do to strengthen and move the brand forward. I still have that mindset.

As I mentioned, it’s been lonely in my pursuit towards a career in music. Apart from Jay, who I see almost every single day, not many people I’m close with understand what I do. Often times, if I try to talk with a friend about what I have going on, they think I’m boasting, they downplay my work, or more commonly they flat out ignore me. In going back to what I said about finding an audience, I realized most of my friends aren’t fans and won’t support me. That was a hard pill to swallow. Did I take it personally? At first, I did, which as you can imagine, was super detrimental to my workflow and mental health. But then I started getting messages, photos, even videos of real people telling me they loved my music and that they were rooting for me. I had to come to terms with the fact that the people encouraging me to pursue my passion in the past might not be so quick to jump on board and support.

Can you give our readers some background on your music?
I am a singer/songwriter. On top of that, I am a content creator. My focus is mainly music, but that passion expanded to making YouTube videos and developing my brand in different ways.

I’m most proud of the progress I’ve made in just one year. To say I’ve been in LA for four years now, and I’m still pursuing what I love every day is a true blessing. This game is all about longevity, and I can’t wait to see where the road takes me.

I think my background of growing up in such a multi-cultural environment has given me a strong foundation at such a young age. My understanding of the world, and being able to see from countless perspectives is a gift that most people don’t acquire until their older. Of course, I have lots of life left to live, and plenty more to experience. However, I truly believe my experiences up to now have given me the ability to communicate in a way that is more universal and convey messages through my music that most people can identify with.

So, what’s next? Any big plans?
Ultimately, my biggest goal is to get to a position that will allow me to provide opportunities for people all over the world and to be a leader, particularly for Filipinos. There is such a tremendous amount of talent in the Philippines, and I want to be as involved as possible in helping showcase that.

I want to be performing on stages all over the world and have a real connection to people – always spreading love. Educating people that don’t have access to information that will improve their quality of life and those around them. I strongly stand for education reform and believe the root of many global issues is the lack of education. 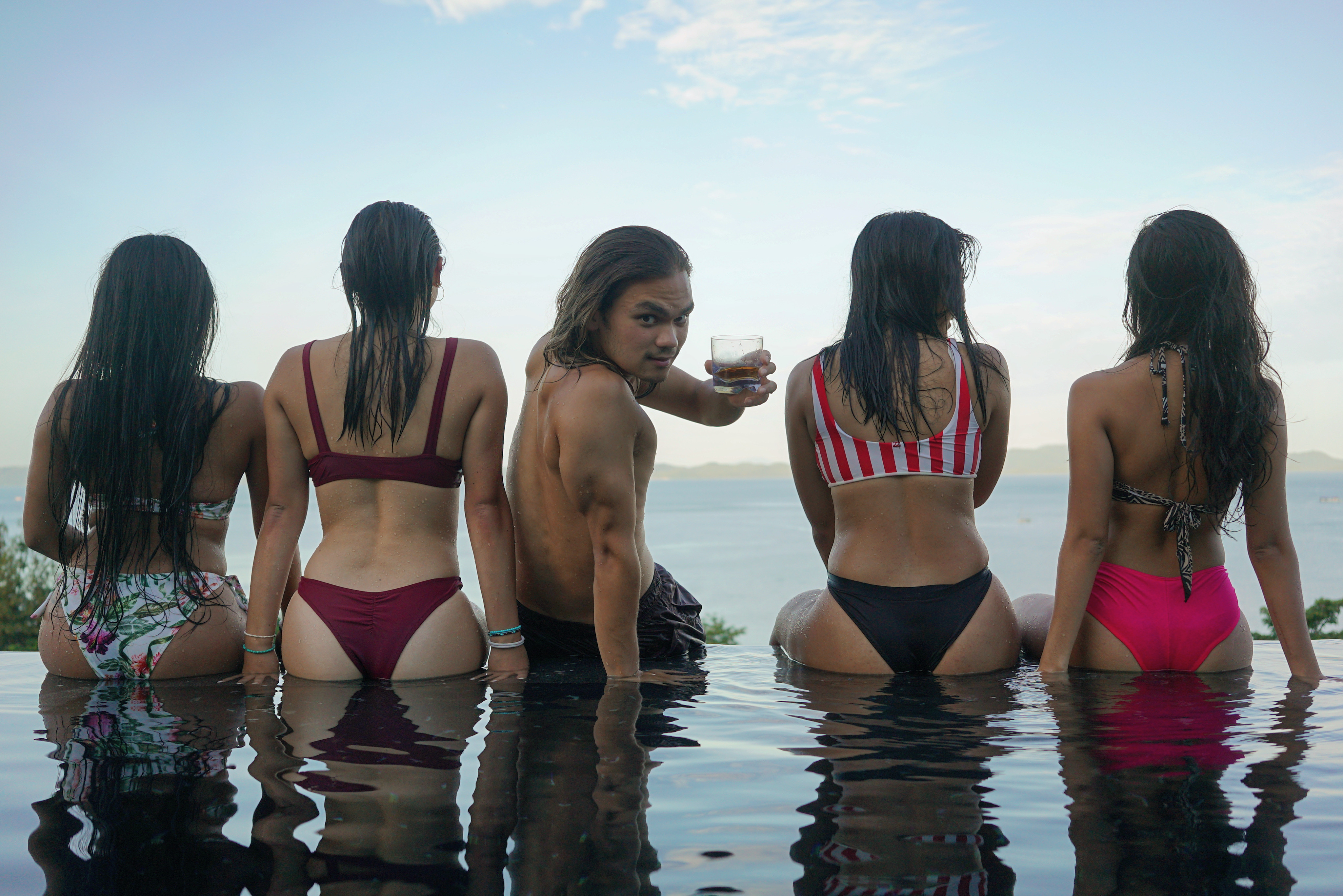 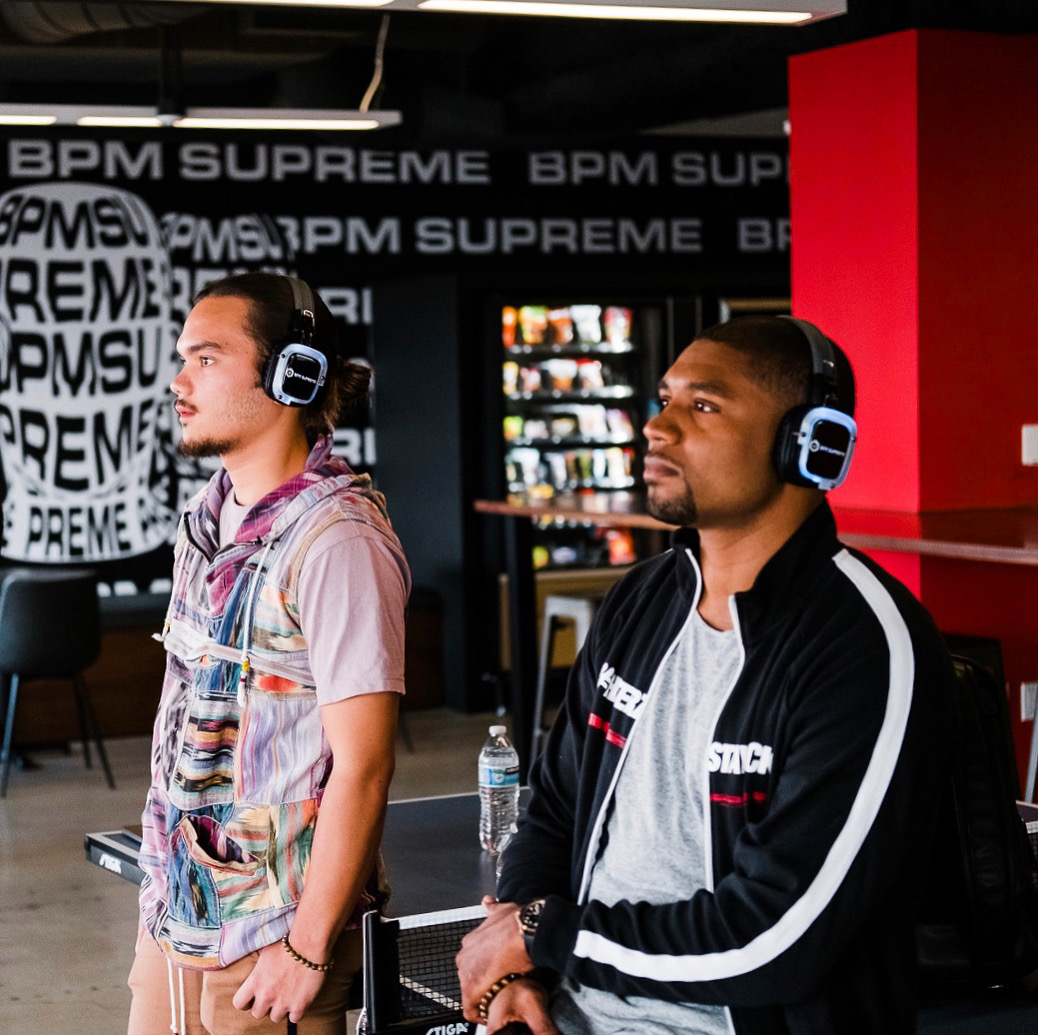 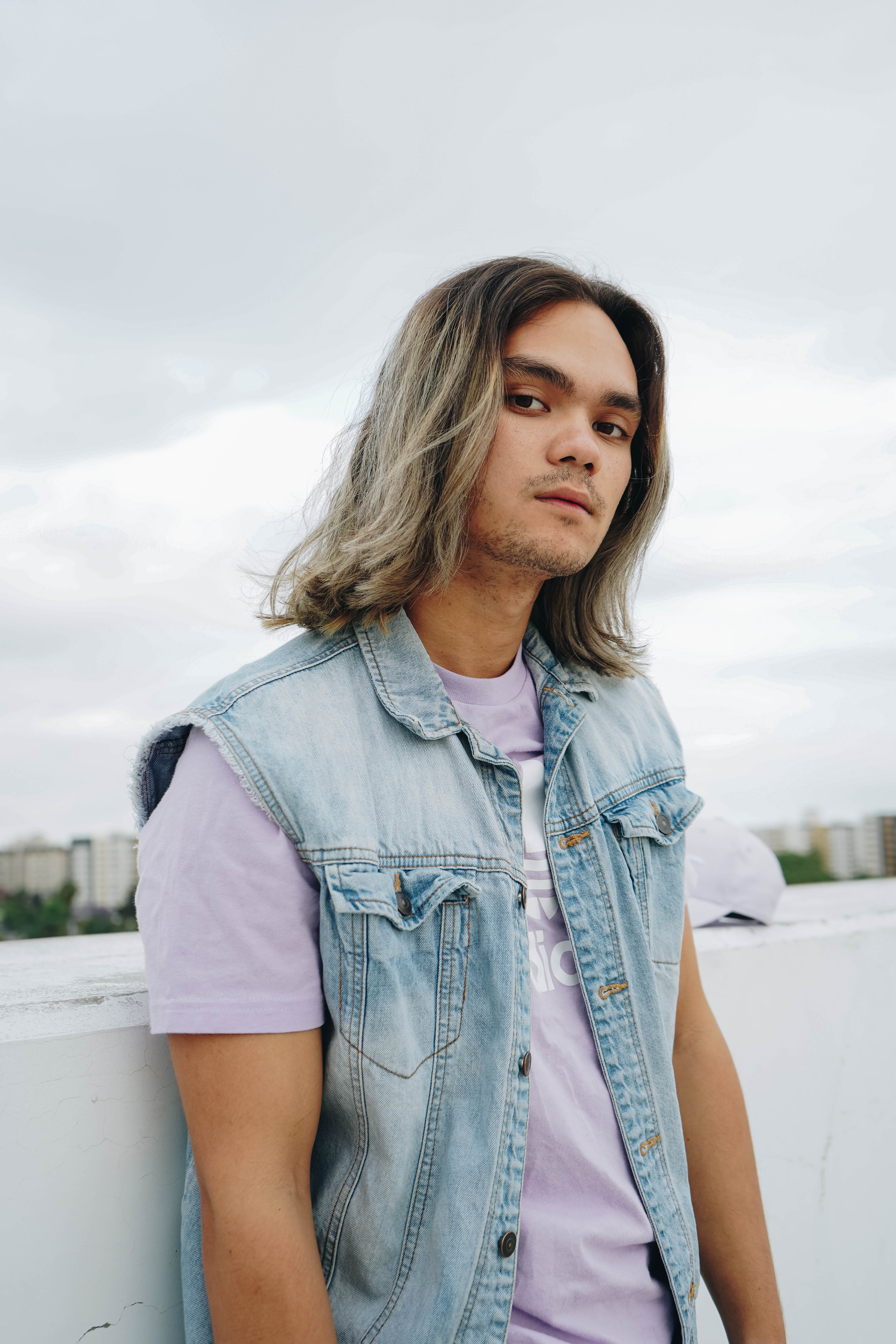 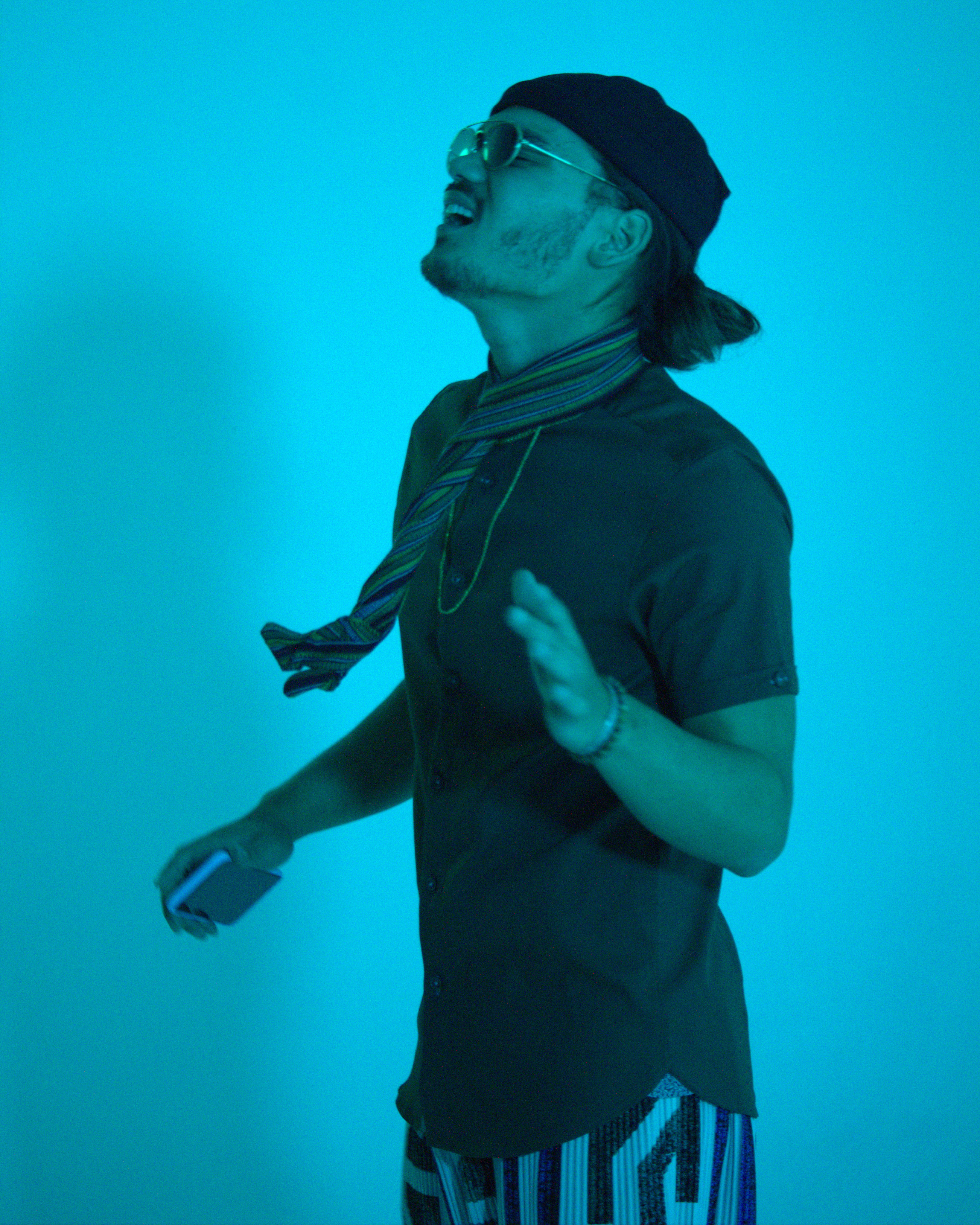 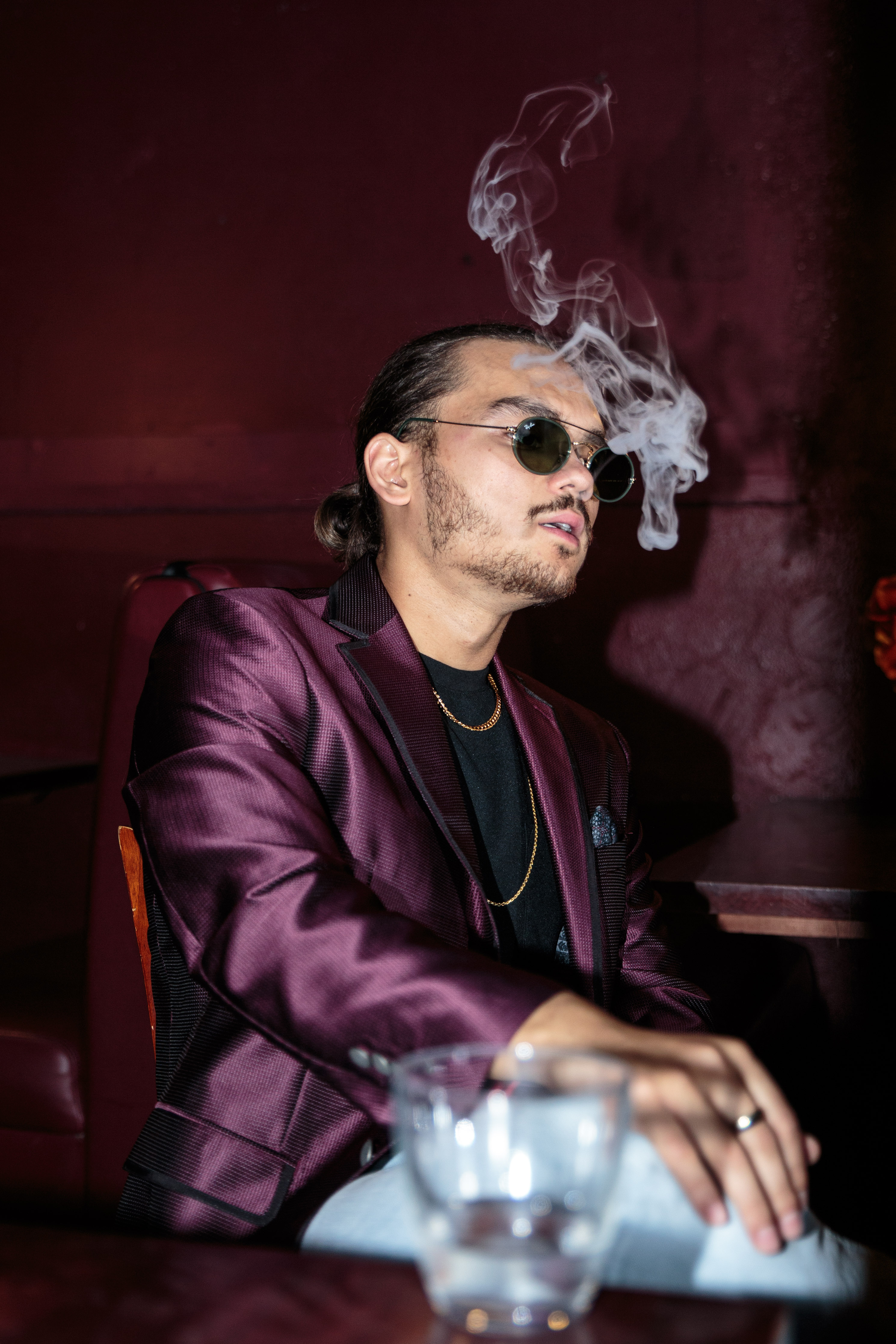 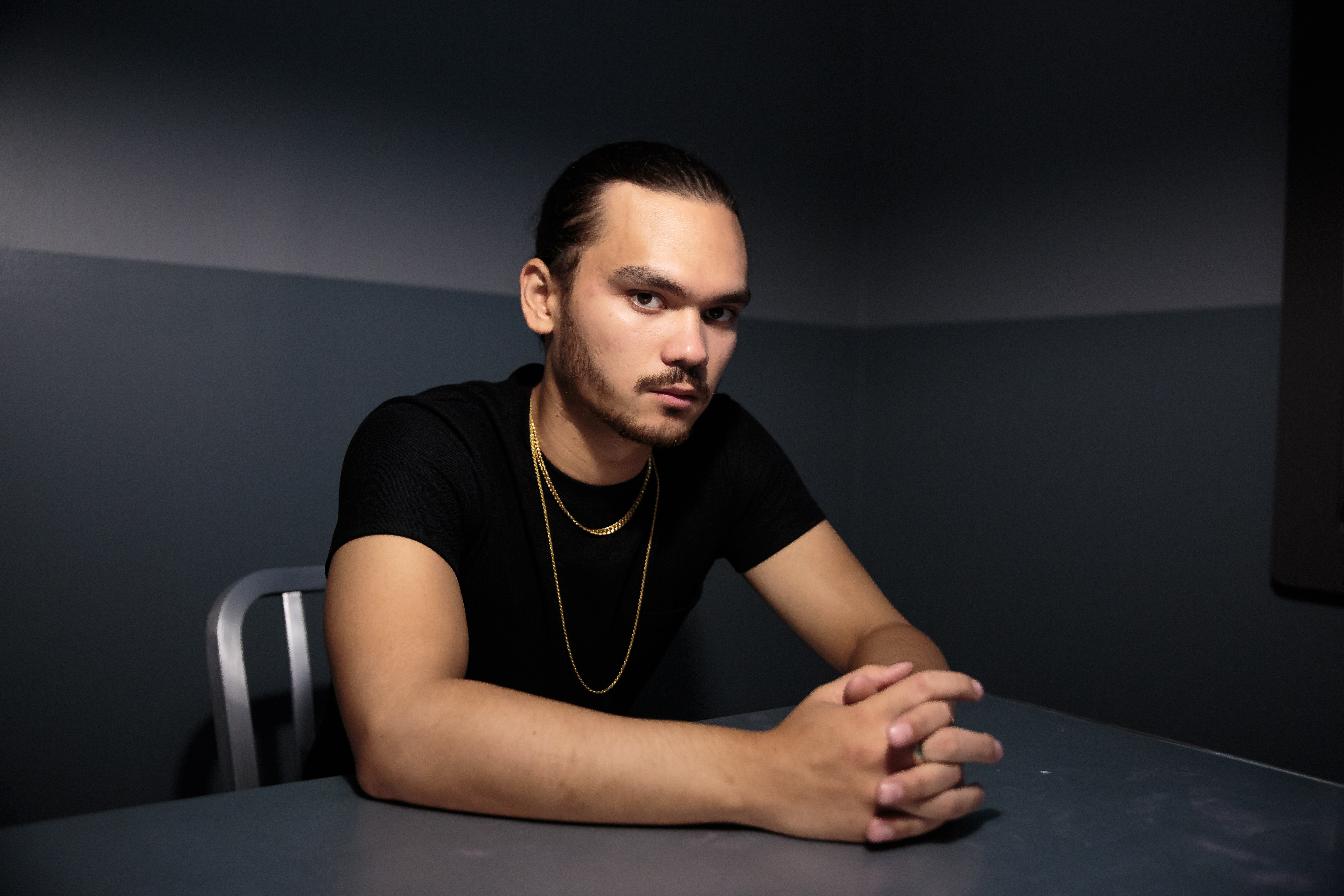 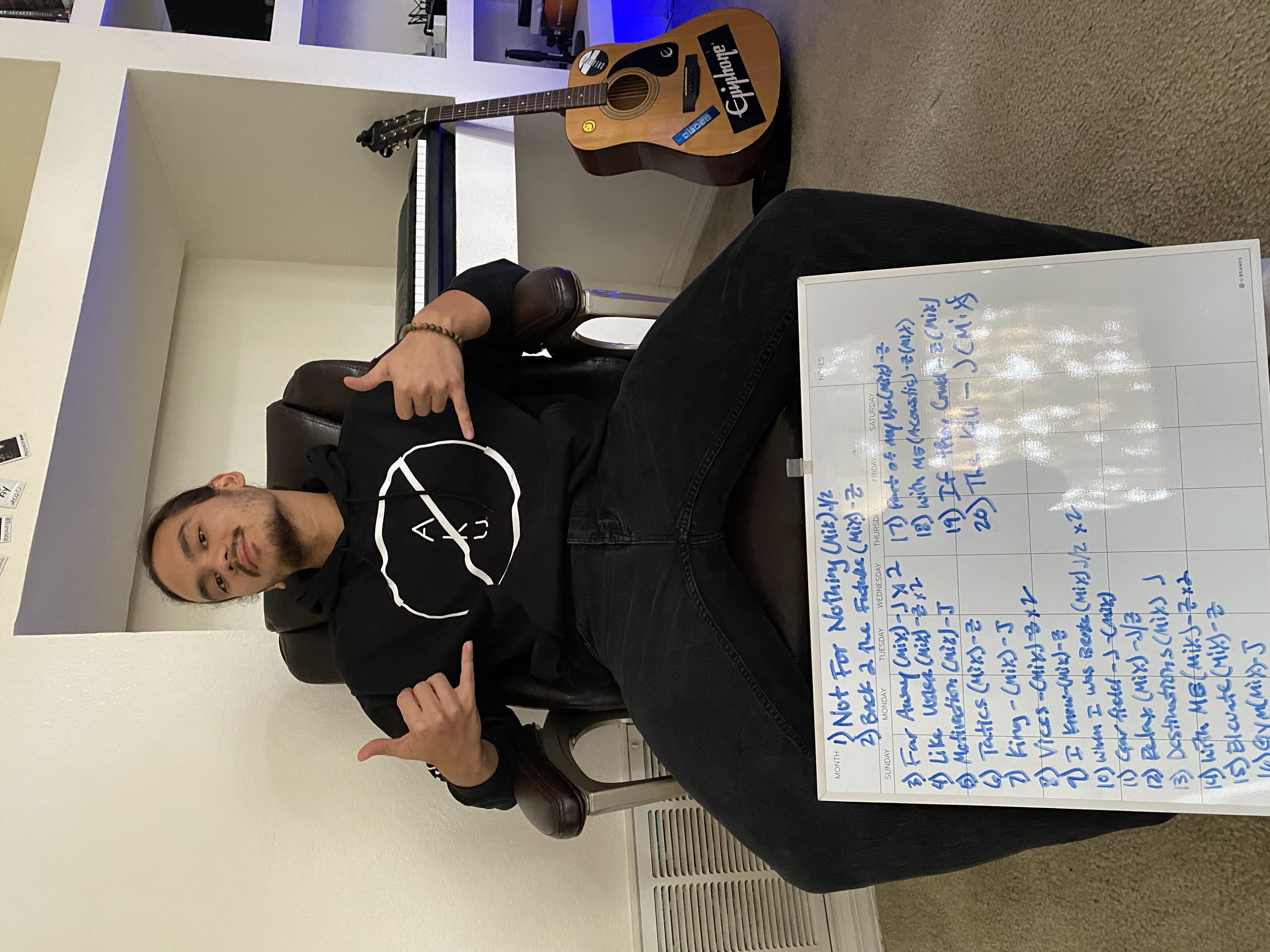