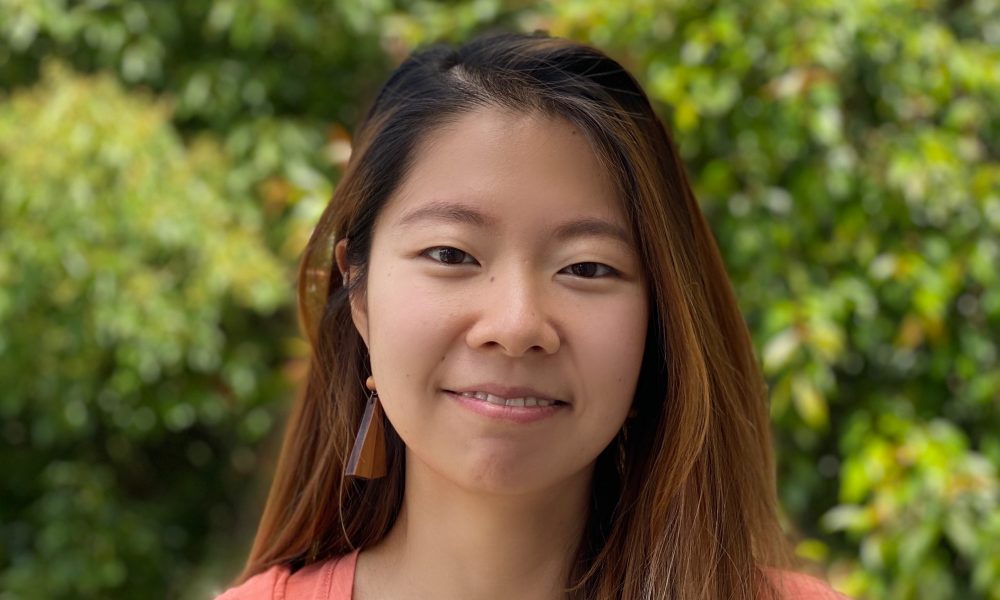 Thanks for sharing your story with us Skylar. So, let’s start at the beginning and we can move on from there.
It’s been quite a ride. I moved to LA across the Pacific by myself when I was 18 following my passion for film. I guess I would say I was born into a quite artistic environment. My dad is a famed sculptor and designed the medals of the 2008 Olympic Games in Beijing, my hometown. I grew up watching my dad sketch and carve pieces of stones and turn them into such fine pieces of art. It often took him months, even years to work on one piece of work, and that’s when I learned: to make art, it takes not just passion, but also patience. It’s about giving yourself to what you love to do. So when I proposed my plan to move to LA and become a filmmaker at the age of 16, my dad was not surprised and told me that it was going to be a long and lonely road ahead for me but if I truly loved what I do, it would all be worth it and I’ll see the end of it.

And here I am, 9 years later, and I have not questioned my decision once. I got my Bachelor of Fine Art in Film Production, with an emphasis on directing. It was a dream-come-true for me, learning and practicing the craft of filmmaking. In 2017, my partner Arndt Werling and I co-founded our production company, Two Dudes, LLC, sharing our knowledge of filmmaking with other indie filmmakers out there. We produced and production managed several short and feature films. Meanwhile, upon finishing editing my own film, I realized how much I enjoyed editing and how much I learned from the process of it. I applied for AFI as an editor, with the goal of learning more from other filmmakers as I improve my craft in editing and storytelling in general. But after attending AFI as an editor for an intensive, non-stop-editing first year, with 6 shorts cut back to back, I was struck by how much I loved my newly-found role as an editor and how much I had grown as a filmmaker and storyteller by working with other people’s material and story. That’s when it clicked for me – I want to be an editor as my career.

Upon graduating AFI with my MFA in Film Editing, I have worked on numerous award-winning short and feature films, documentaries, and new media projects. I’m living the dream.

Great, so let’s dig a little deeper into the story – has it been an easy path overall and if not, what were the challenges you’ve had to overcome?
I’m glad that this hasn’t been a lonely road at all and I am grateful for everyone that supported and inspired me along the way. Looking back, I think moving to the States all by myself straight out of high school was probably one of the most challenging and courageous things I’ve ever done in my life. But in turn, it has also served as a bar for me. When I find myself in situations where I question myself or feel like I’ve hit rock-bottom, I would tell myself, I did it then, and I can do it now. I’ve spent the most formative years of my life in a foreign country, away from everything I was familiar with, by myself. And it’s shaped me fundamentally and made me who I am today, an independent female working editor who calls Los Angeles and America home.

Maintaining the balance between work and life outside of the film world has also been quite a challenge for me. When I first started, I would not have a “life” at all and be constantly just working. Being an immigrant and a female professional working in this industry is not the easiest and I would feel like I needed to work harder than everyone else, and as a matter of fact, I do. It is very easy to lose yourself into a vicious cycle. I realized I needed time for myself to reflect and unwind from time to time to keep the creative juice flowing. It is still an unsolved puzzle but I have definitely been working on it and paying more attention to myself.

Tell us about your work – what should we know? What do you do best? What sets you apart from the competition?
I am an editor with a background in directing and producing. My experience and skill set from working in production and project management provide me with invaluable in-depth knowledge of filmmaking. Producers get positively surprised when they don’t have to explain specific terms that they don’t expect an editor to understand because I know them from my producing days. Having experience and understanding of other departments other than post is one of my biggest strengths and helps in the editing room indirectly. Although editors are below-the-line, I don’t want to be the stereotype editor who is a computer geek. I am creative and editing is one of the most creative processes of filmmaking.

Although I am just getting started in my career, I have had opportunities to work with directors and filmmakers from all around the globe. Being an immigrant and bilingual myself, it is definitely one of my strengths to be experienced in working with foreign languages and cultures. I’ve worked on projects shot in Africa in Kinyarwanda and I’ve been in production myself as a producer in Italy with a local crew. Our production company TWO DUDES also operate overseas in Germany and we strive to bring more collaborations between the US and European independent film markets.

What moment in your career do you look back most fondly on?
Earlier this year I was lucky to work on an independent feature film Neptune Frost, executive produced by Lin-Manuel Miranda and Ezra Miller. I had the unique chance to work with the film’s supervising editor Dody Dorn, who is the Oscar-nominated editor of Christopher Nolan’s Memento and other incredible films such as Fury, End of Watch, Insomnia, Matchstick Men. I was extremely honored to be on the team and it was such a learning experience for me.

I have also been working for a Political Action Committee called One Vote at a Time, a team of female filmmakers started with the goal of eradicating gun violence. In the last few years, OVAAT has been making political campaign videos for hundreds of progressive candidates running for state elections in flippable states for FREE, one vote at a time. It has been such a surprisingly rewarding journey for me to work as an editor for this powerful PAC, knowing that my knowledge as a filmmaker is actively helping people, outside of entertainment, making a difference in the country.

And I am just getting started. It is a heartening feeling knowing that I’m doing what I love and the best is yet to come. 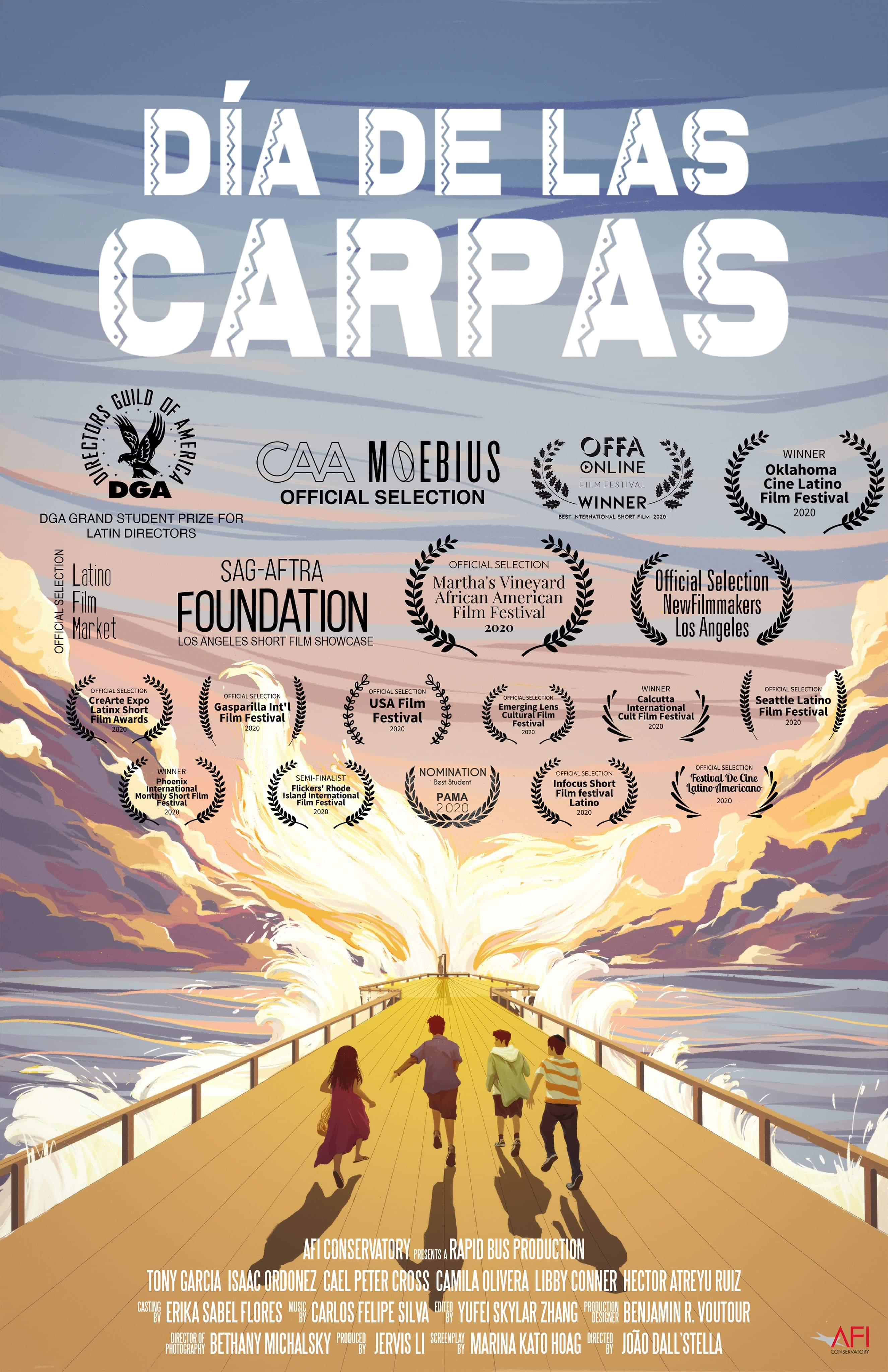 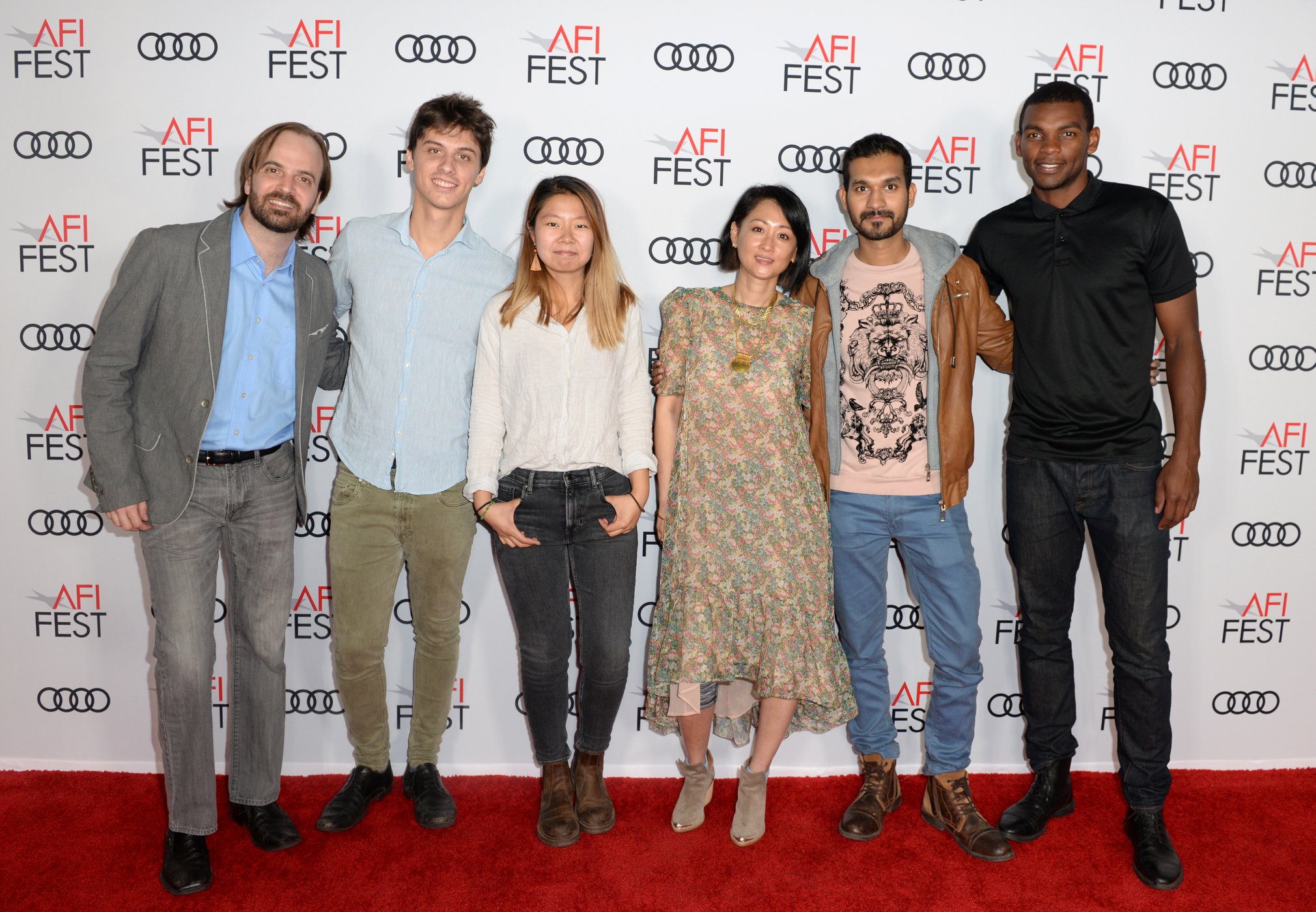 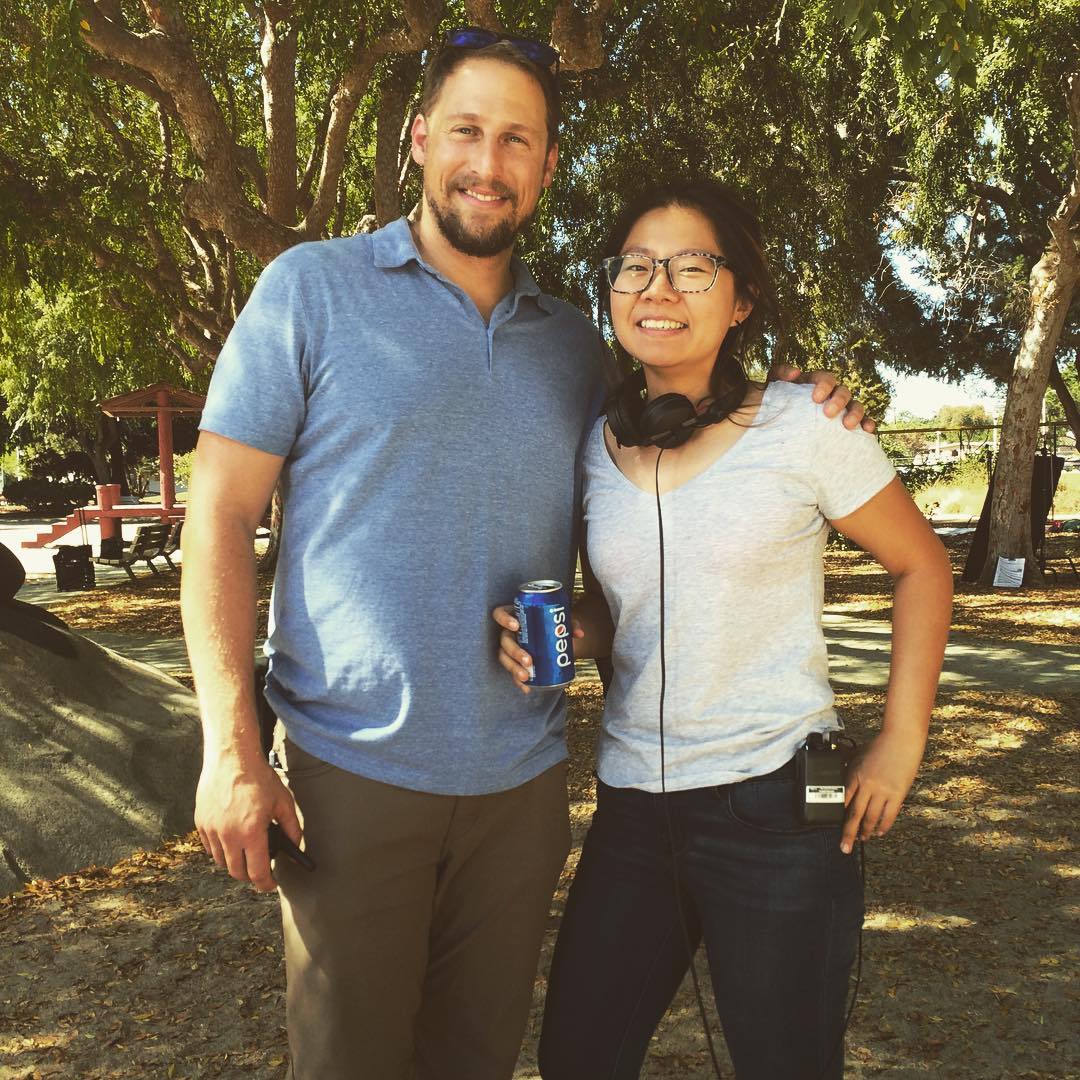 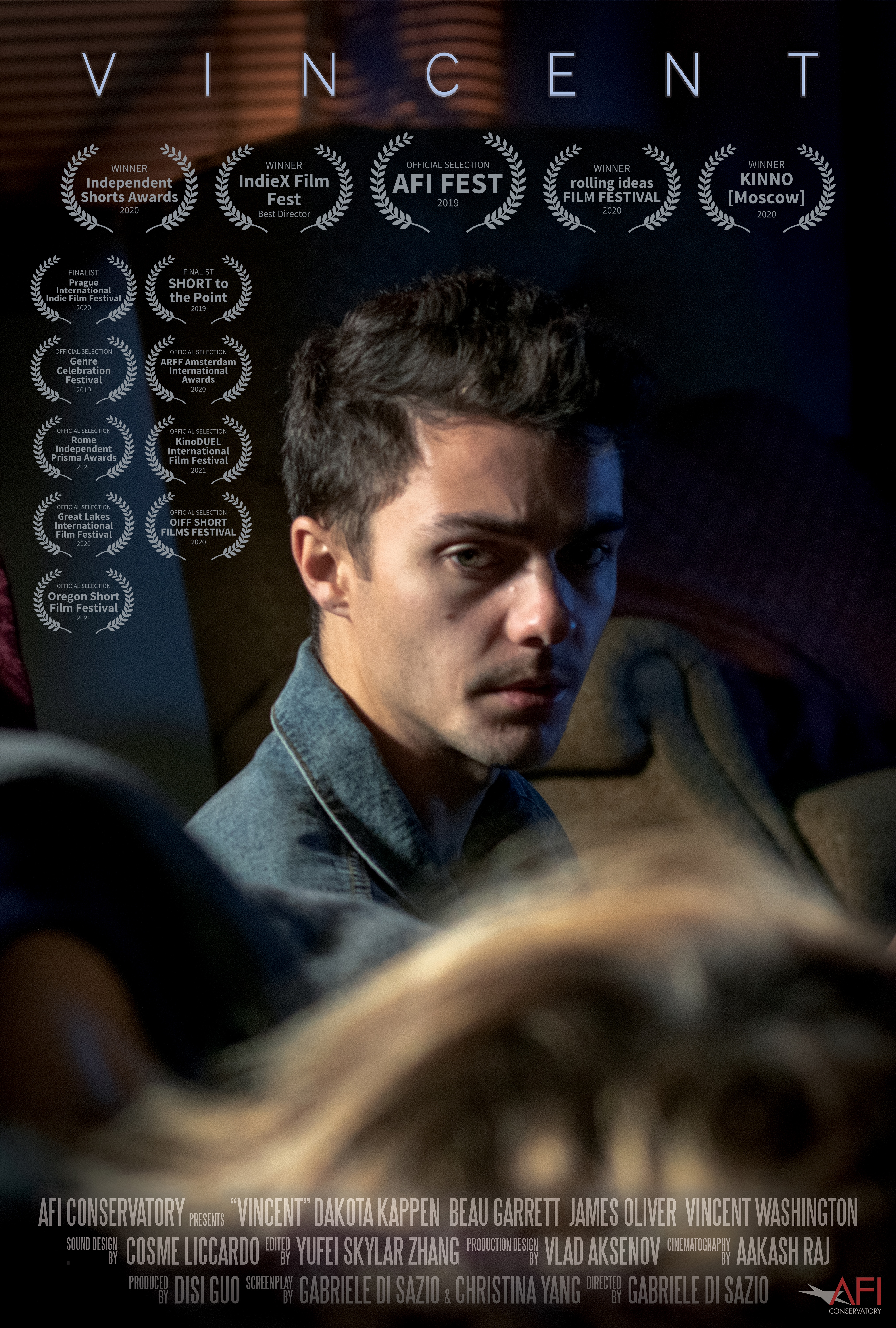