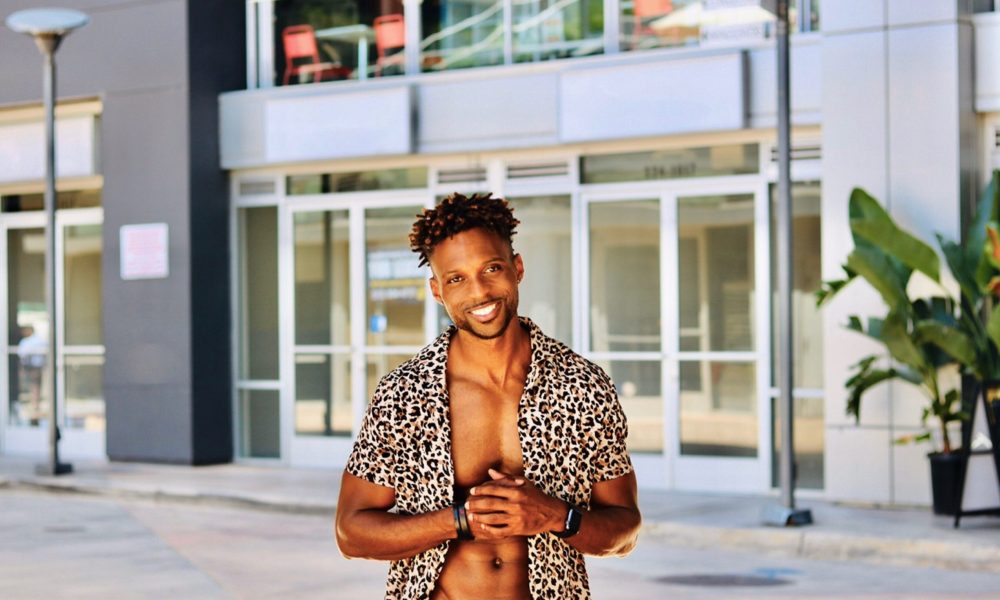 Today we’d like to introduce you to Tyler Tyson.

Thanks for sharing your story with us Tyler. So, let’s start at the beginning and we can move on from there.
My professional life begins at Florida A&M University where I earned a Bachelor’s degree in Broadcast Journalism.  It was there that I began working for the campus radio station, WANM 90.5 FM, as on-air talent during the middle of my sophomore year. At the time I was still a biology pre-med student but by the beginning of my junior year I knew that I was going to change my major to broadcast journalism because I had finally realized what I was supposed to do with my life.  After graduating I rented studio space and hired a small staff and began my internet radio station while teaching high school Algebra and Physical Science. The radio station afforded me the opportunity to move to Los Angeles to work as a consultant for a TV judge who was looking to launch a radio show of her own. However, after committing to the project and moving to LA in February of 2014 the production location for that judge show moved from Los Angeles to Atlanta. So I found myself in a new city, unemployed with only 2 thousand dollars to my name.  Within a month I landed an unpaid internship with Harvest Studios, a black owned production company with a history of producing hit sitcoms, and I had a part-time job with a rental car company. Here we are almost 6 years to the day and now I still work with that same production company on a number of projects in a number of capacities including writing for a variety of shows, conducting celebrity interviews, producing digital content and much more and more importantly I’m no longer an unpaid intern.

In 2015 I returned to radio thanks to Chris Gees and Tionne “TBOZ” Watkins I co-host a radio show, The BAR Radio Show  which airs every Sunday from 10am-12 Dash Radio, The Bridge station. In the spring of 2018 I was fortunate enough to join the team of amazing hosts at Afterbuzz TV. This platform is so special because not only is it a great place for hosts to fine tune their hosting skills but more than that Afterbuzz TV is a reputable News/Entertainment machine which is spearheaded by producer/director  Keven Undergo and his wife Emmy Award winning host/reporter Maria Menounos. I took time off from working in front of the camera in the fall of 2018 and had the pleasure to work with the NAACP as a Recording Coordinator in preparation for the 50th NAACP Image Awards. That position allowed me to focus on a different side of entertainment of the music world. I was able to work closely with record labels, managers, agents  and independent artists to walk them through the process of submitting their projects for consideration. What was supposed to be just a 3-4 month opportunity turned into a full year of work with the organization working in a number of capacities including moderating panels for their screening series, being part of the producing team for their live red carpet coverage, press room coverage, sponsorship/ads and various hosting/reporting duties for the 110th National Convention in Detroit.

Once my time with the organization ended I refocused and put all of my attention back on me as a journalist, entertainer and storyteller. I have been working with harvest studios developing content and  I have been fortunate over the last year to host and co-host a number of shows for Afterbuzz TV and their sister station Black Hollywood Live.

We’re always bombarded by how great it is to pursue your passion, etc – but we’ve spoken with enough people to know that it’s not always easy. Overall, would you say things have been easy for you?
It has definitely not been a smooth or easy road for me. My life has been very unconventional since the beginning.  I was raised by my dad and my grandmother and had an amazing childhood. I was fortunate to travel around the world and stay in some of the best hotels in the world. But to this day I don’t remember my mother.  She and my dad got divorced when I was almost 2. They met in the military and when the divorce happened my dad got out to raise me and my mom stayed in to continue her career. I don’t mention that for anyone to feel sorry for me or make this a sob story but I mention it to show the drastic contrast because I think that best represents my life. There are a lot of amazing things that have happened in my life like being able to experience the best life has to offer, amazing professional opportunities but almost in the same breath I’ve experienced some devastating lows since living in LA.  I’ve had no money in my bank account, I’ve missed out on some major family events back home in Orlando and I have worked jobs that I never got paid for even if there was a contract in place.

But Beyond the horror stories that too many of us have living in LA  there was a lot of positive growth that came out of my experiences. As an only child I never had to share my personal space if I didn’t want to but my first and only roommate here in LA  shared a studio apartment for a full year. And when I think about that time even though the place was small we both worked different schedules so we were barely there at the same time and when we were there I just remember having so much fun.  I honestly don’t know how I did that because the idea of doing that now I can’t even wrap my brain around. But I guess that is what people mean when they say appreciate and enjoy the journey.

We’d love to hear more about your work and what you are currently focused on. What else should we know?
Currently, I am working with Afterbuzz TV on a number of weekly shows as well as serving as a correspondent on special shows like red carpet and award show coverage .  I host the after show for the NBC hit show New Amsterdam on Afterbuzz TV that airs live every Tuesday at 10pm (pst). On this show I not only discuss New Amsterdam but it’s also a full fledged late night show with Celebrity interviews, News and Gossip, my infamous Question of the Week, special segments and more. In addition to New Amsterdam I co-host the weekly after show for the new Lena Waithe drama on BET, Twenties, which airs Wednesday nights at 10pm.  I also co-host a weekly after show for Red Table Talk which, last season, averaged over 30k weekly views for Black Hollywood Live and was one of the most watched shows on the platform. When that show returns for our new season it will now be airing on the flagship Afterbuzz platform and I am beyond excited about that show returning because the topics that we discuss are so real and relevant that we always get some interesting responses from our viewers.

In 2020 I also began hosting a new show for Black Hollywood Live titled Black Instagram: Music Edition.  This show is amazing because it’s a throwback to old school MTV Vjs, TRL and 106 & Park while mixing in social media.  It’s such a fun and exciting show where I get to pick my favorite music related posts of the week and count them down from 5 to number 1. Outside of  Afterbuzz TV I also book gigs as an interviewer, speaker, moderator, or instructor depending on the event. Public speaking is so dope because not only can I entertain or inform you but I’ve also been booked independently by organizations,  small businesses, fashion designers, etc to interview them as a way to bring awareness to their brand and project. Which is a complete joy because it allows me to directly interact with people face to face. And if that isn’t enough I am still creating content, writing scripts, diligently working to complete my first book and launch my podcast in the spring.

Has luck played a meaningful role in your life and business?
So I don’t know if luck has played that much of a role in my life unless luck and being blessed mean the same thing. Because there are certain things that happened in my life that were so perfectly designed for me that there’s no way that it was a random occurrence. If we go back to the beginning the fact that my dad and my grandmother were both able to raise me collectively and independently and there not be this layer of trauma because my mother wasn’t around that’s not really luck that’s more like being blessed. I was raised in a family where we could literally travel around the world, I got my first car, a brand new Jeep Grand Cherokee Limited  when I was 17 it had 2 miles on it and I put those miles on during the test drive. I literally drove my dream car at that time off the lot while my grandmother was there doing the paperwork. I don’t think that was luck either, that’s being blessed and fortunate. And as for every single thing that has happened in Los Angeles regarding my career I still don’t think it was luck as much as it was another example of the higher power, I call him God, proving to me that as long as you do the work I got you. I think he showed me that when I was two years old (I didn’t understand it then ) that even if the most important person in your life hurts you or leaves you, I got you. You just have to keep your faith and keep doing what’s right.  It doesn’t mean it won’t be really hard at times but if you keep going, I got you!

A friend of a friend referred me to Harvest Studios as an intern in 2014.  And here it is 2020 and I’m still working with Harvest Studios doing what I love and some may call that luck but I still think that’s a blessing because I was new to the city and scared because I was unemployed but I also realize if given the opportunity I will work my behind off as an intern and I still do that now on every project that I am hired for so I treat every opportunity as blessing.    There have been a number of opportunities here in Los Angeles that I have auditioned for, read for, helped write for and I didn’t get the position or the show didn’t get picked up or I never heard anything from. And when those things happen I look at those as blessings also because those opportunities were not meant for me and the “NO” or in some cases no response, allows me to turn the page and move on to the next project. And not be stuck in anger, disappointment or any other negative feelings and that is one of the best blessings. 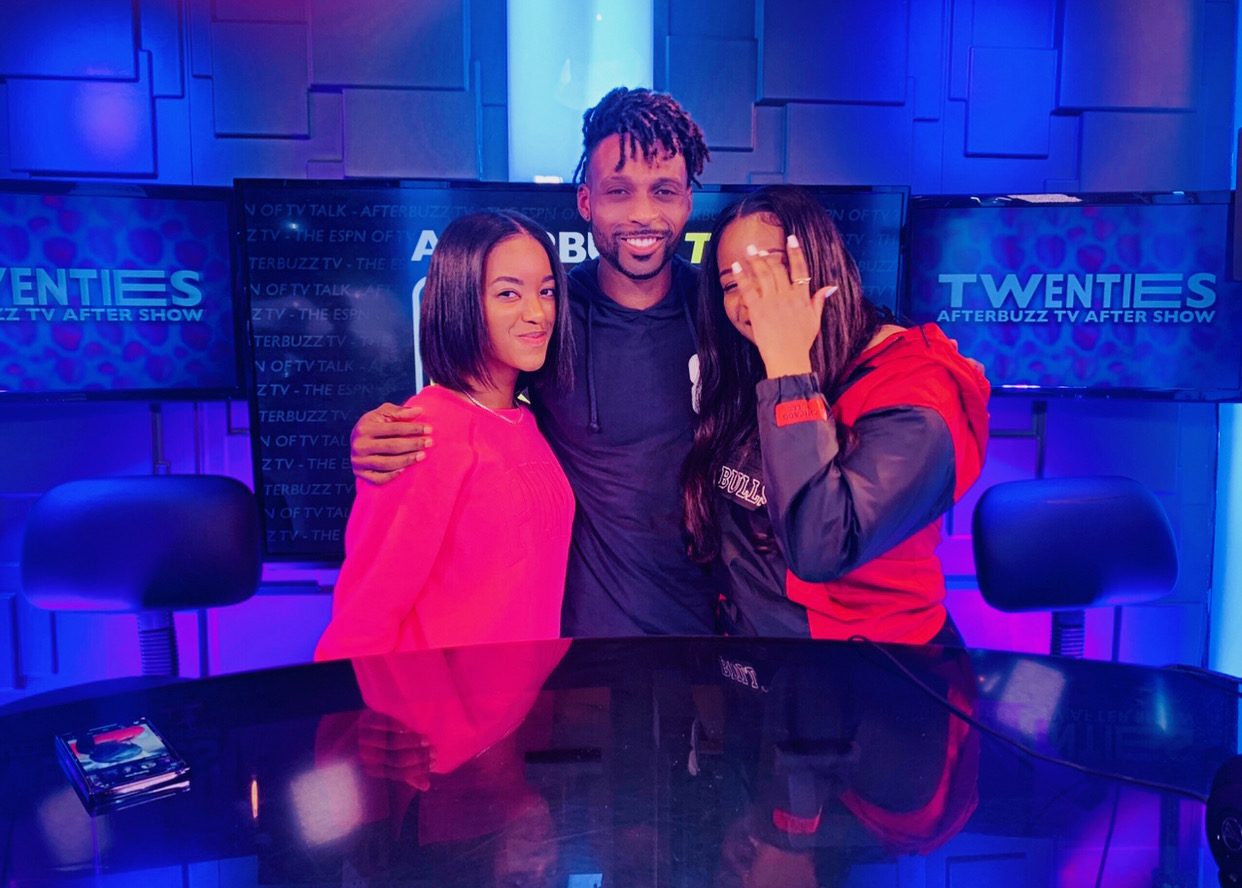 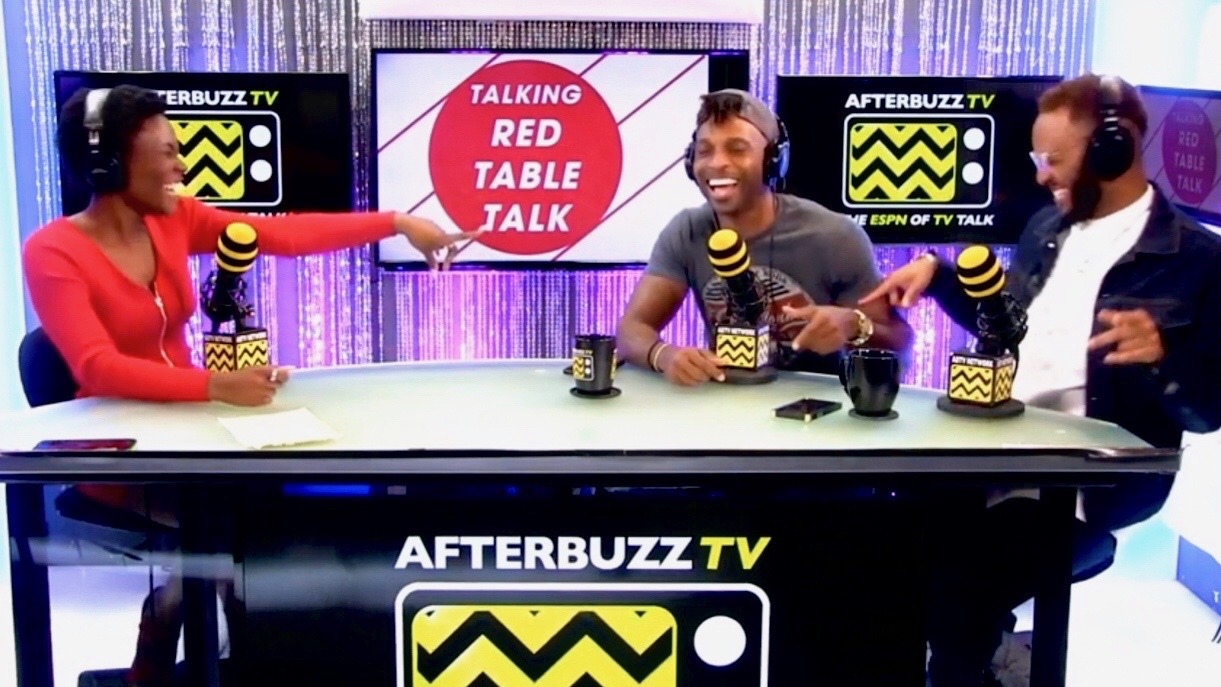 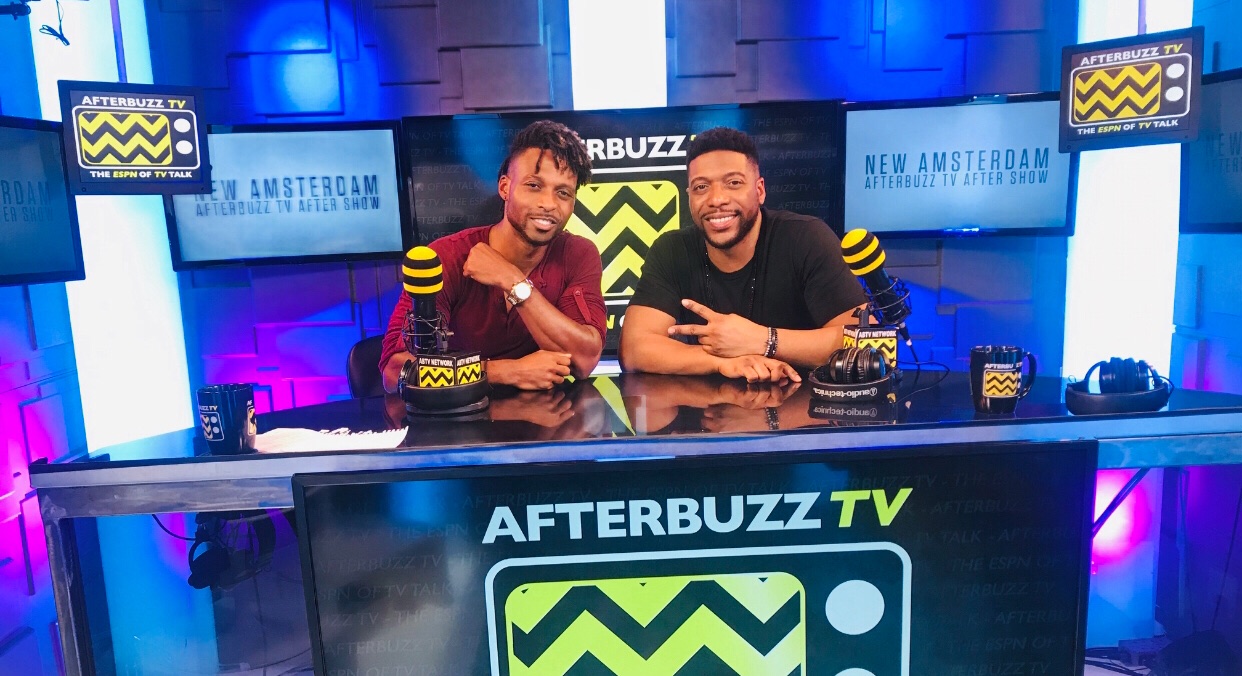 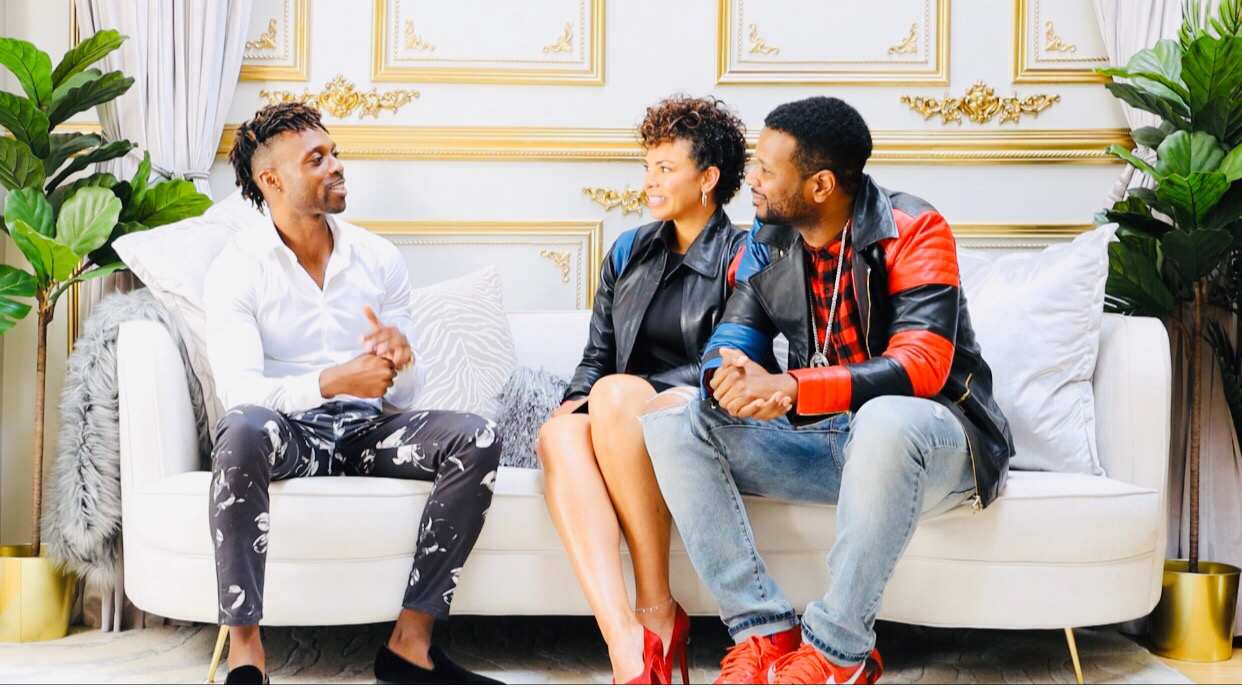 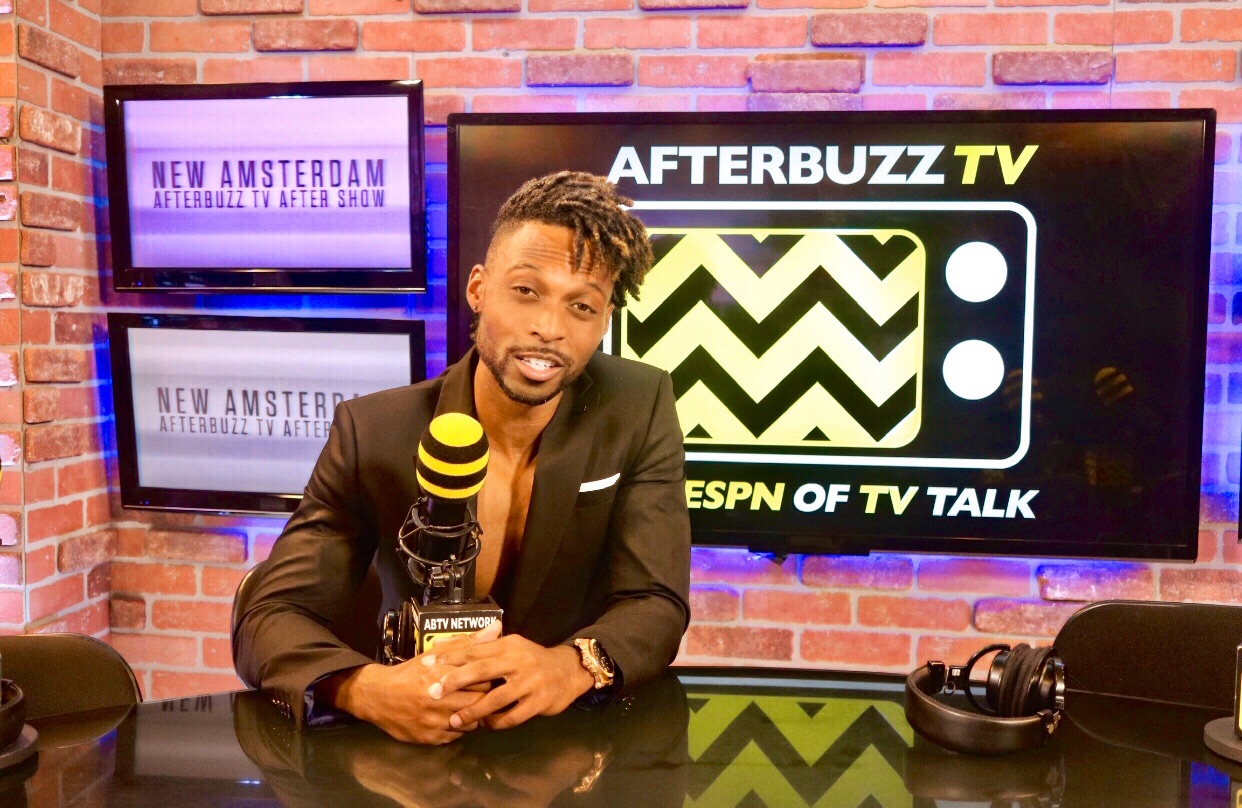 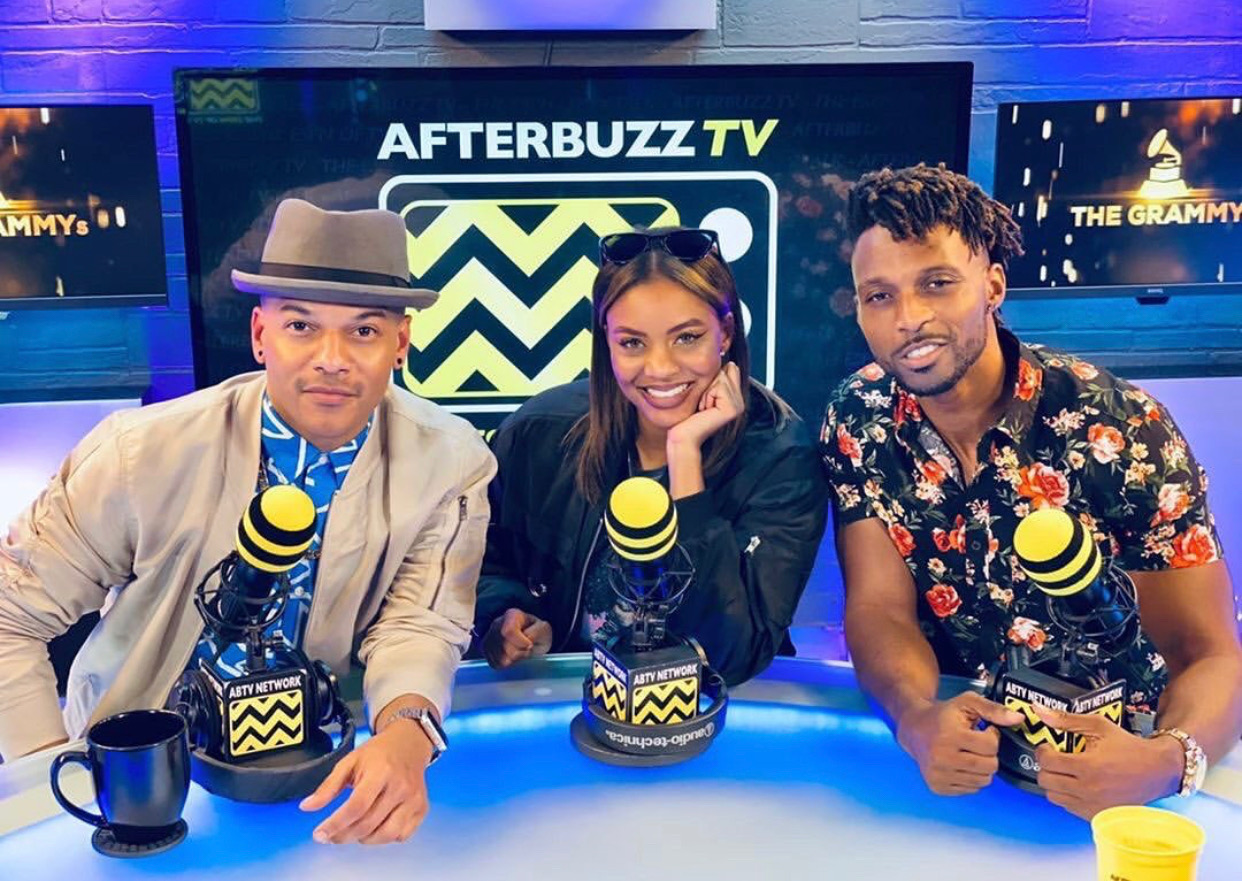 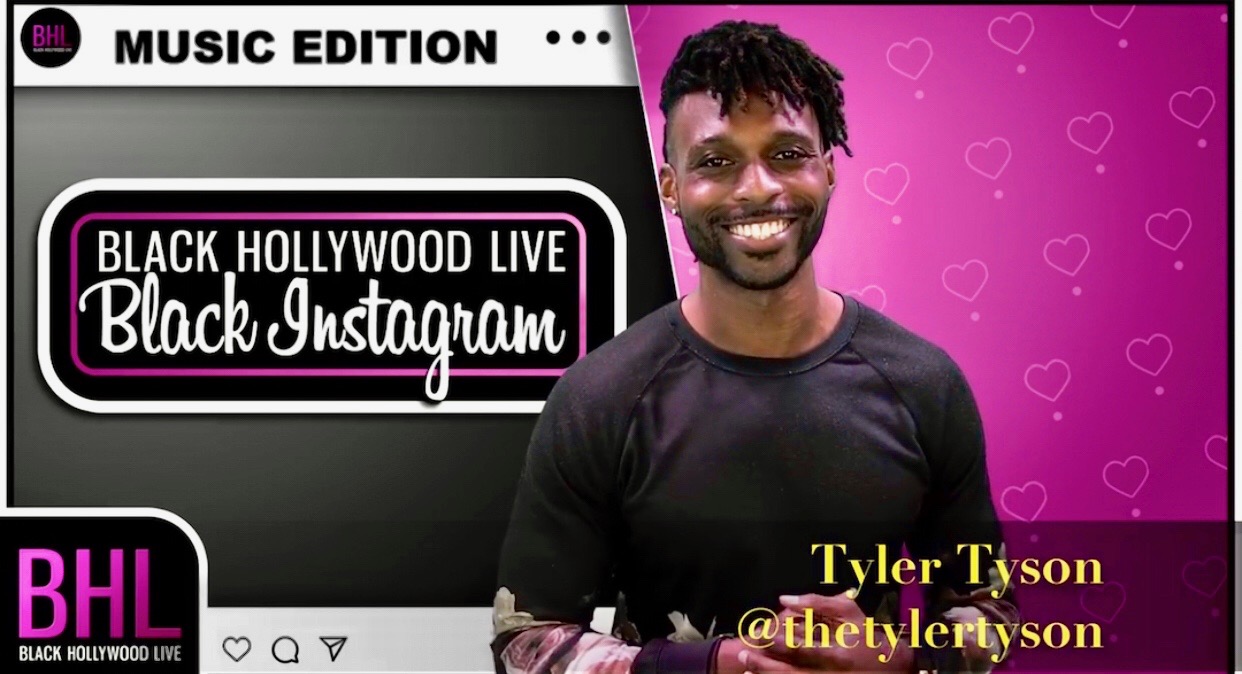 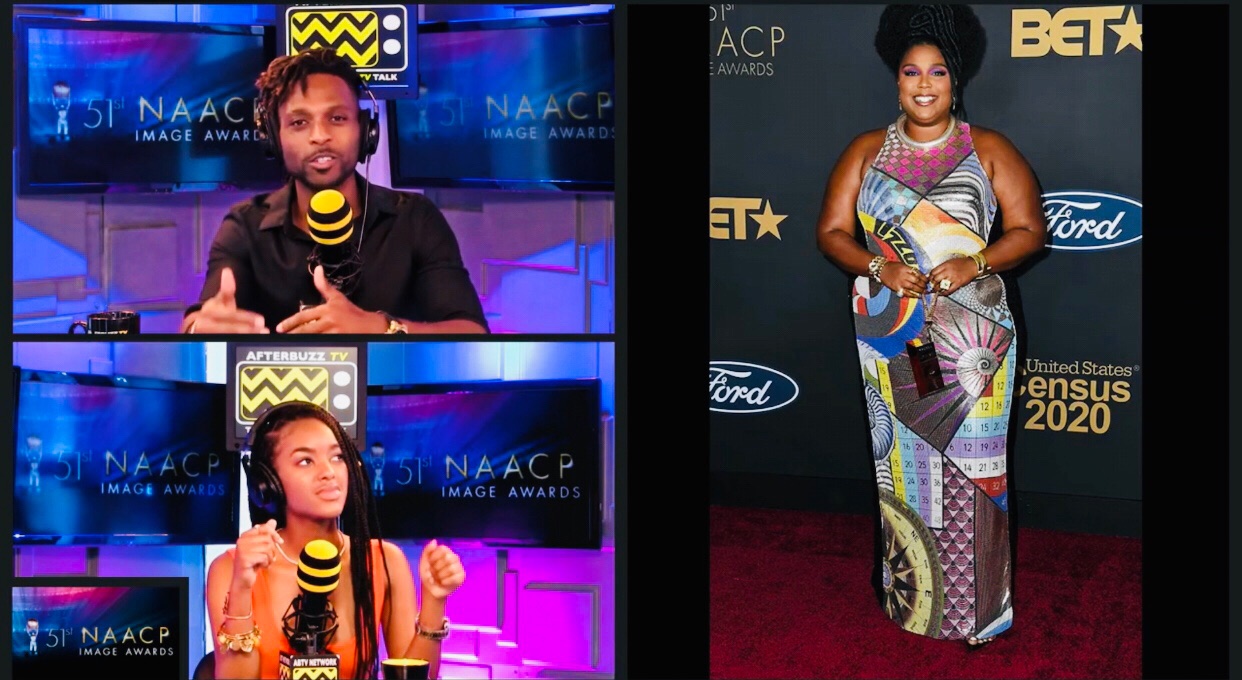 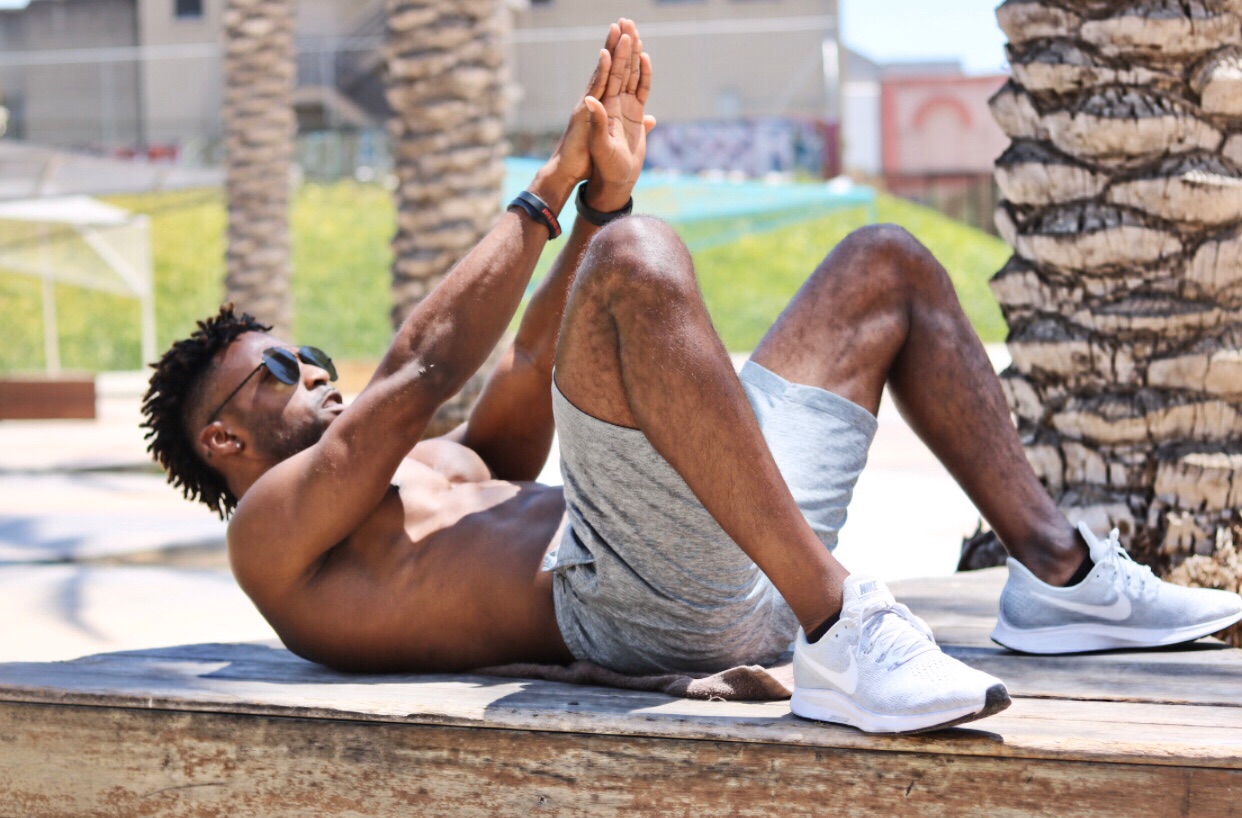