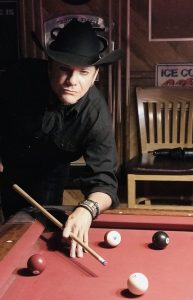 Today we’d like to introduce you to Troy Richardson of TruckerBomb.

Thanks for sharing your story with us Troy. So, let’s start at the beginning and we can move on from there.
Sure. I grew up in Minnesota. I’m not from a musical family by any means. My grandpa played guitar a little bit and I was close to him. He was a forklift and farm equipment salesman, so playing guitar was the coolest thing he did and I gravitated toward that.

My grandpa gave me a guitar for my 9th birthday, but it was a bit of a disaster. Whether he could really play by ear or just learned a few chords from his army buddies so long ago that he forgot, he pointed to the radio and said, “Just listen to music and play what you hear.” I couldn’t do that, so I thought I wasn’t meant to be a musician. The guitar sat around for about three years before I realized there were things called guitar lessons.

I took lessons in junior school, learned to read music and a bit of theory. By high school, I had been doubling on bass and sang in choir. I was lucky enough that my high school had a rudimentary recording studio and I could stay late and work on music. I have to give credit to the public school system in Minneapolis for getting me on my way. I wouldn’t have had the means to do it without those programs.

When it came a time, I decided to go all-in and apply to Berklee College of Music in Boston. Amazingly enough, I got in. I made it through four years and graduated with a degree in songwriting. My mom wasn’t too involved in my life, but my grandparents were supportive. I don’t think they understood it, but I imagine they thought there was always a crappy restaurant job waiting for me at home, so I might as well give it my best shot.

Great, so let’s dig a little deeper into the story – has it been an easy path overall and if not, what were the challenges you’ve had to overcome?
I don’t think anyone has a smooth road. Some struggles are unavoidable and some we create for ourselves.

Being an independent college student with no support from my family, I graduated with a degree from the best contemporary music school in the world, but also with crippling debt that still follows me today. Most musicians can work their way up with little gigs for short money, building on that as they make a name for themselves. For someone with student loans, you need a real job, pretty much right after graduating.

Like my grandpa, I developed a problem with alcohol that followed me throughout most of my adult life. You’d think it wouldn’t be hard to have a music career and keep drinking, but it’s a lot easier to just drink. Rehearsing a band and writing songs is time-consuming and difficult. Planting yourself on a barstool and drinking is easy. I don’t feel I was committed to my craft until I got sober in 2011.

What else should we know about you and TruckerBomb?
I’ve been in a lot of bands, but I’ve never been prouder of any than I am of TruckerBomb. I have the most talented guys playing with me and the response from audiences has been overwhelmingly positive.

I played bass in quite a few bands around LA, so I saw a lot of bands as we shared stages with them. What I wanted to do, more than anything was offer something different than what was already out there. LA has a lot of great bands that are great in a very similar way.

When I was young, I’d visit my great-grandmother in South Dakota every year. The difference between there and Minneapolis was amazing. There were truck stops, guys in cowboy hats, bikers who wore a gun on their hip — it was like the Wild West to me and I loved it. It had a vibe.

When I was starting a new band, I wanted some vibe. I thought about what the outlaw country would be like now. I envisioned it uniquely American and have equal parts Merle Haggard and Guns N’ Roses. I can’t sing about dirt roads and pickup trucks with any honesty since that’s not my story, but I can try to capture the spirit that I felt in that part of the country. I suppose it’s a bit like Wilco, which is a band that has country elements to their sound but lyrically tells a different story. Or Thin Lizzy took the larger themes of the American West lyrically but was a hard rock band musically.

Who else deserves credit? Have you had mentors, supporters, cheerleaders, advocates or teammates that have played a big role in your success? Who are they / what role/ how did they help?
I could never do this without my bandmates TJ Brinjak, Michael Berthold and Dave Rodway. I’ve never played with such talented guys who get along so well. They keep me inspired to work harder every day.

I needed a place to live during my last year in high school. Jack and Dee Gause were two teachers who allowed me to live with them, and they wound up being the parents I never had.

The music director at my high school, Chip Williams, was the one who let me stay there recording all night and just reminded me to lock the door on my way out. He supported my idea of going to Berklee, too.

I had a lot of amazing teachers in college, but my lyric writing teacher Pat Pattison stands out as someone who seemed to get what I was doing. The way he looks at the craft is light years beyond anyone else I know of,

There was a bass teacher at Berklee named John Neves. I don’t know why, but it seemed like he hated me from the first minute he laid eyes on me. He didn’t give grades and about halfway through a required class, I thought he might actually fail me so I stopped by to ask how I was doing. He told me to go practice and kicked me out of the room — in front of a handful of students. Later on, it came up that I wasn’t going home for spring break and he invited me to stop by his office for a lesson. I thought, “Well, this will be weird,” but I went. He was incredibly gracious with his time and I learned a ton. He told me to come back and wound up giving me a free lesson for an hour or more every day of that break.

I’m not a naturally gifted vocalist. Mark Baxter in Boston and Fabienne Grisel in Los Angeles have helped my singing immeasurably.

Eddie Lopez from In Fuzz We Trust was the first person to book TruckerBomb and still keeps us in The Redwood and Maui Sugar Mill Saloon regularly. I had played bass in a gothy dark pop project immediately before, so that I was singing lead in an alt-country band couldn’t be more out of left field. I don’t think I even had any songs demoed when he took a chance on us.

Whoever reads this and signs us to a nice recording contract — we’re going to be really grateful to that person for a very long time. 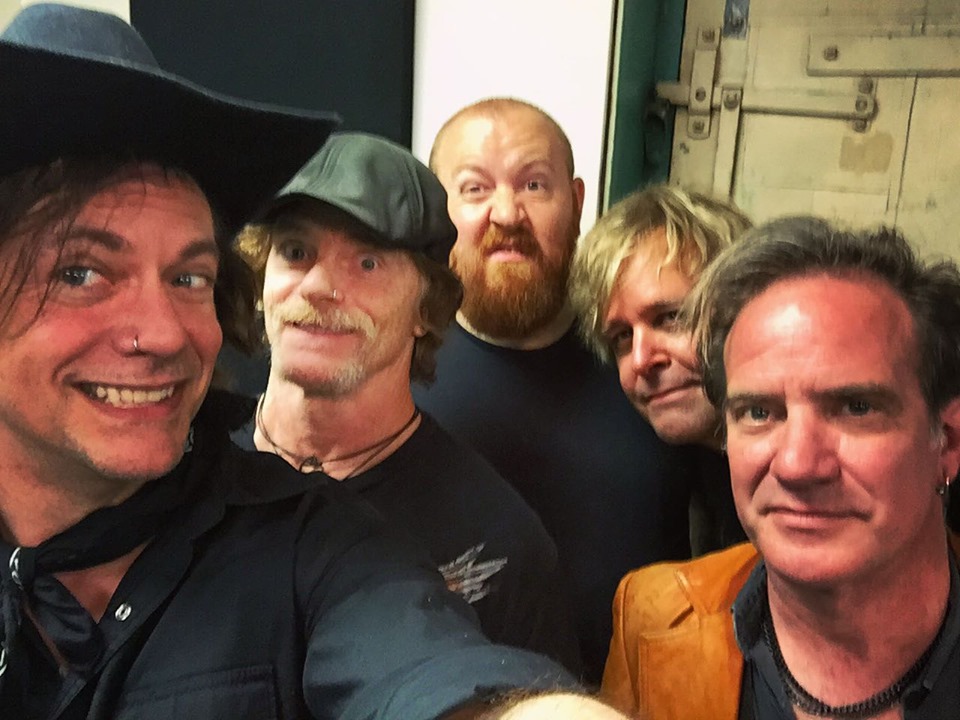 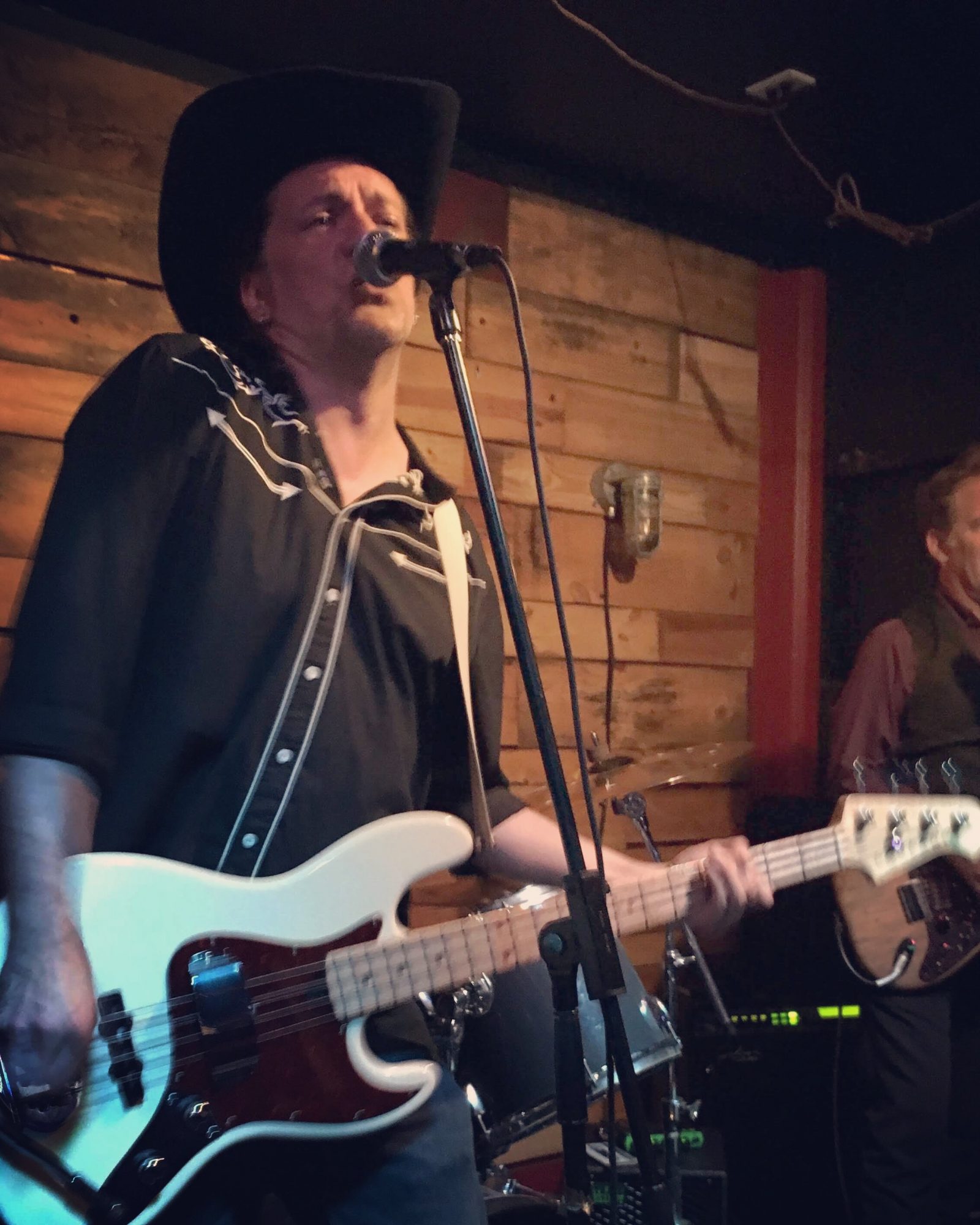 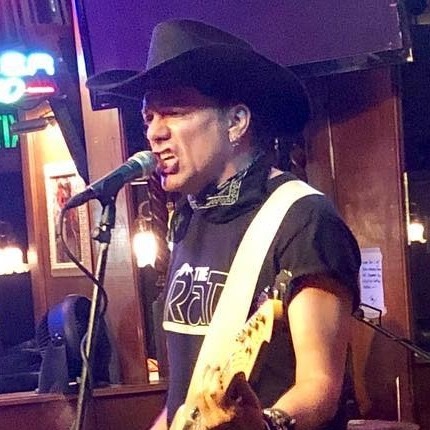 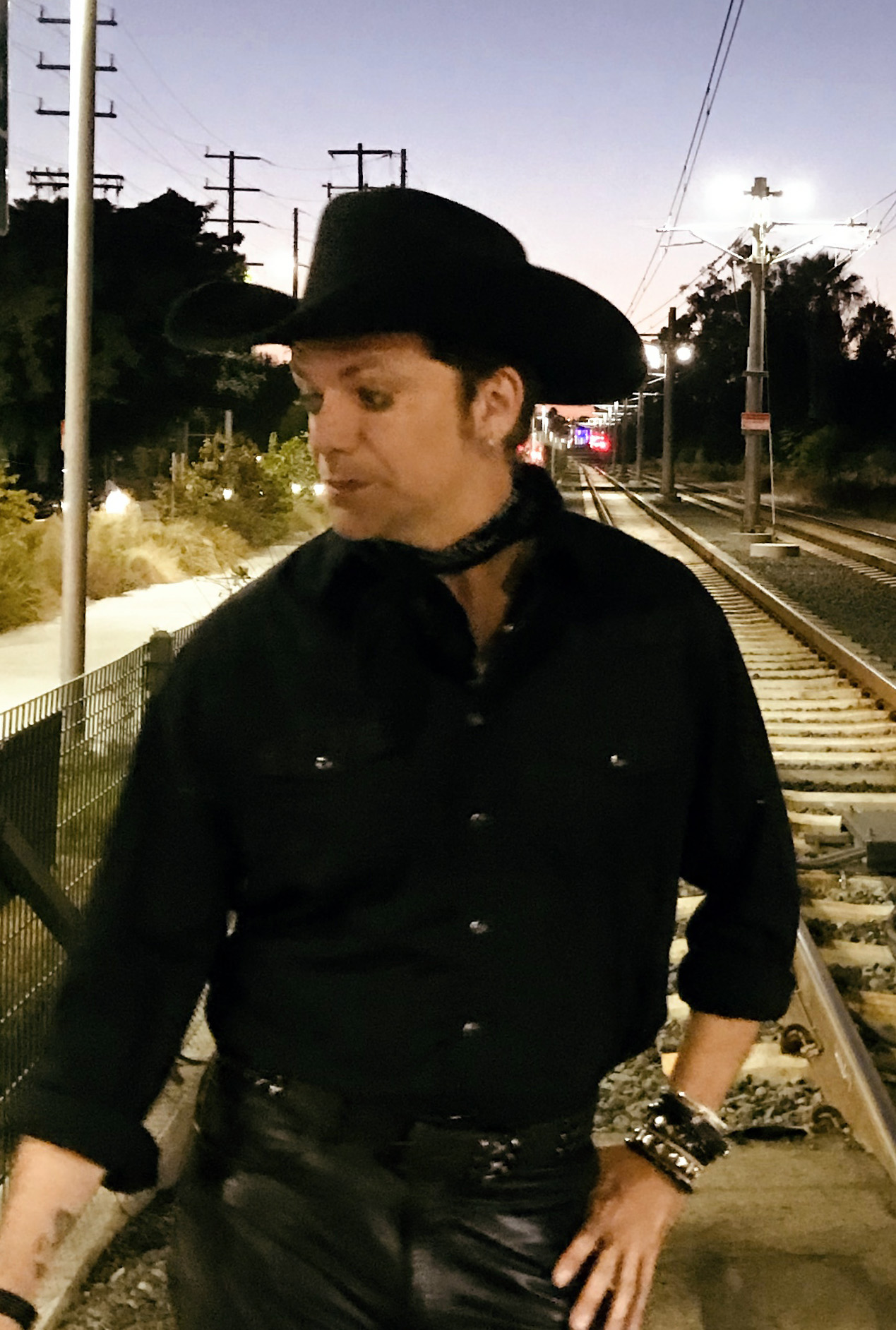 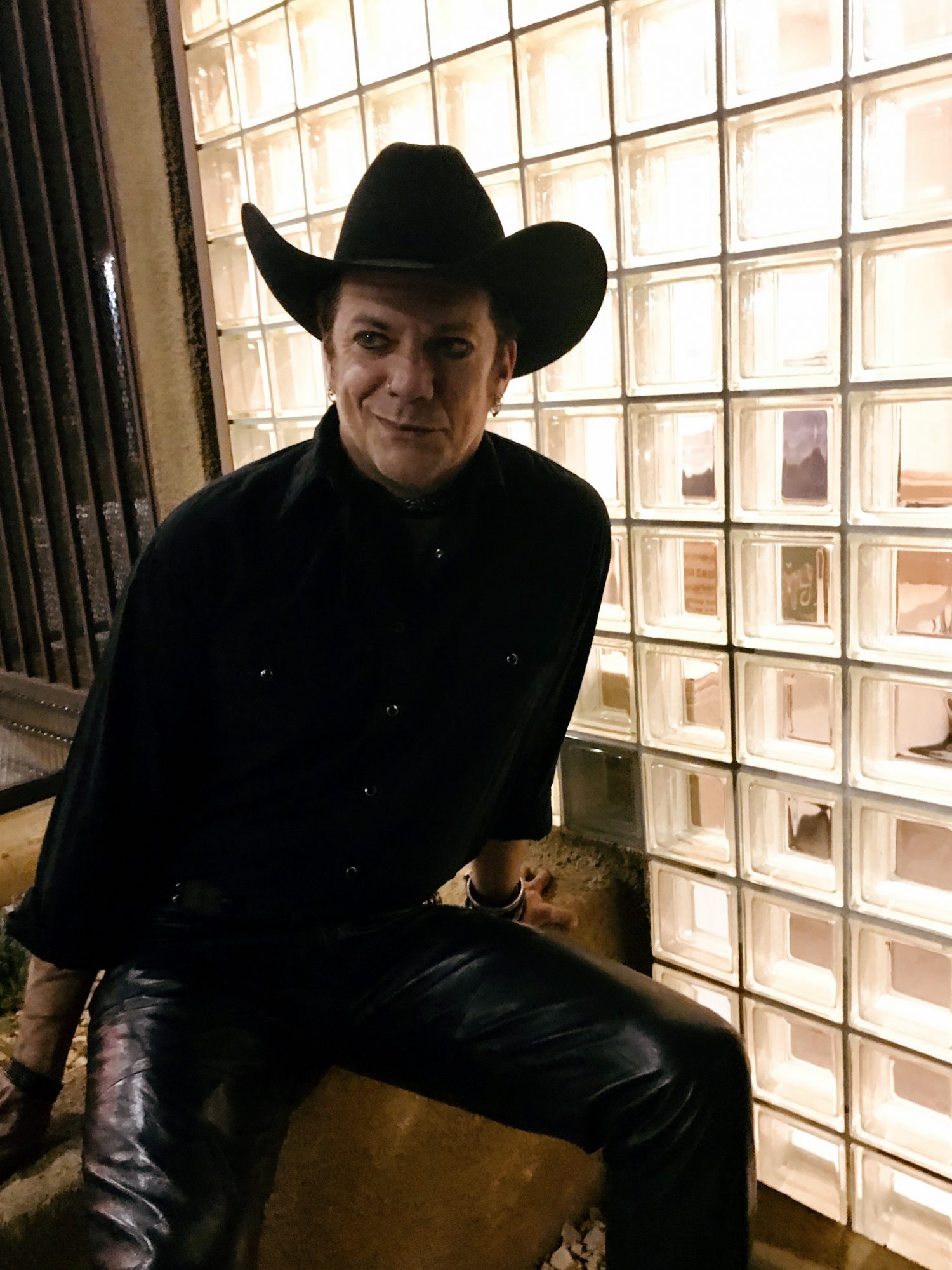 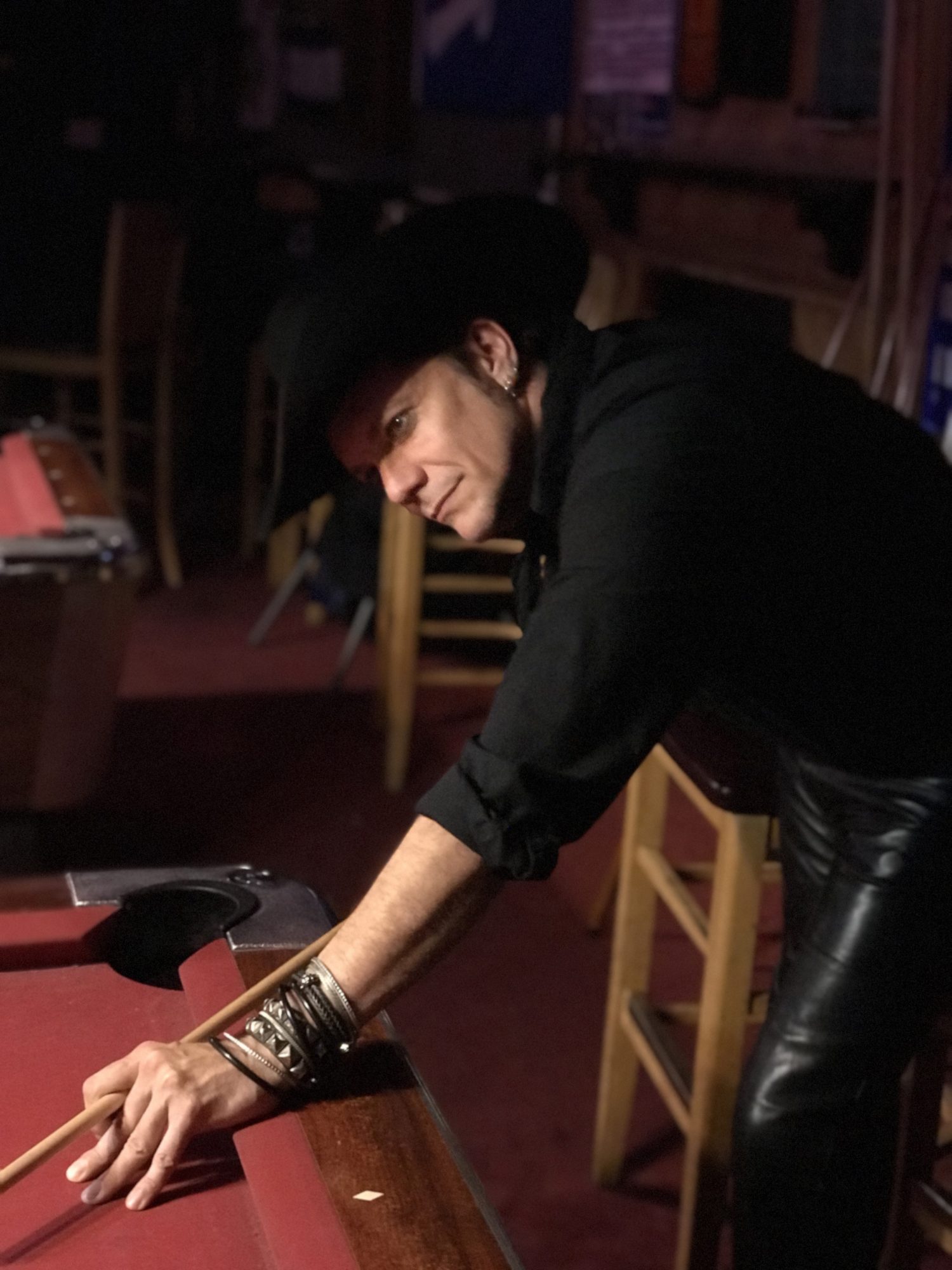 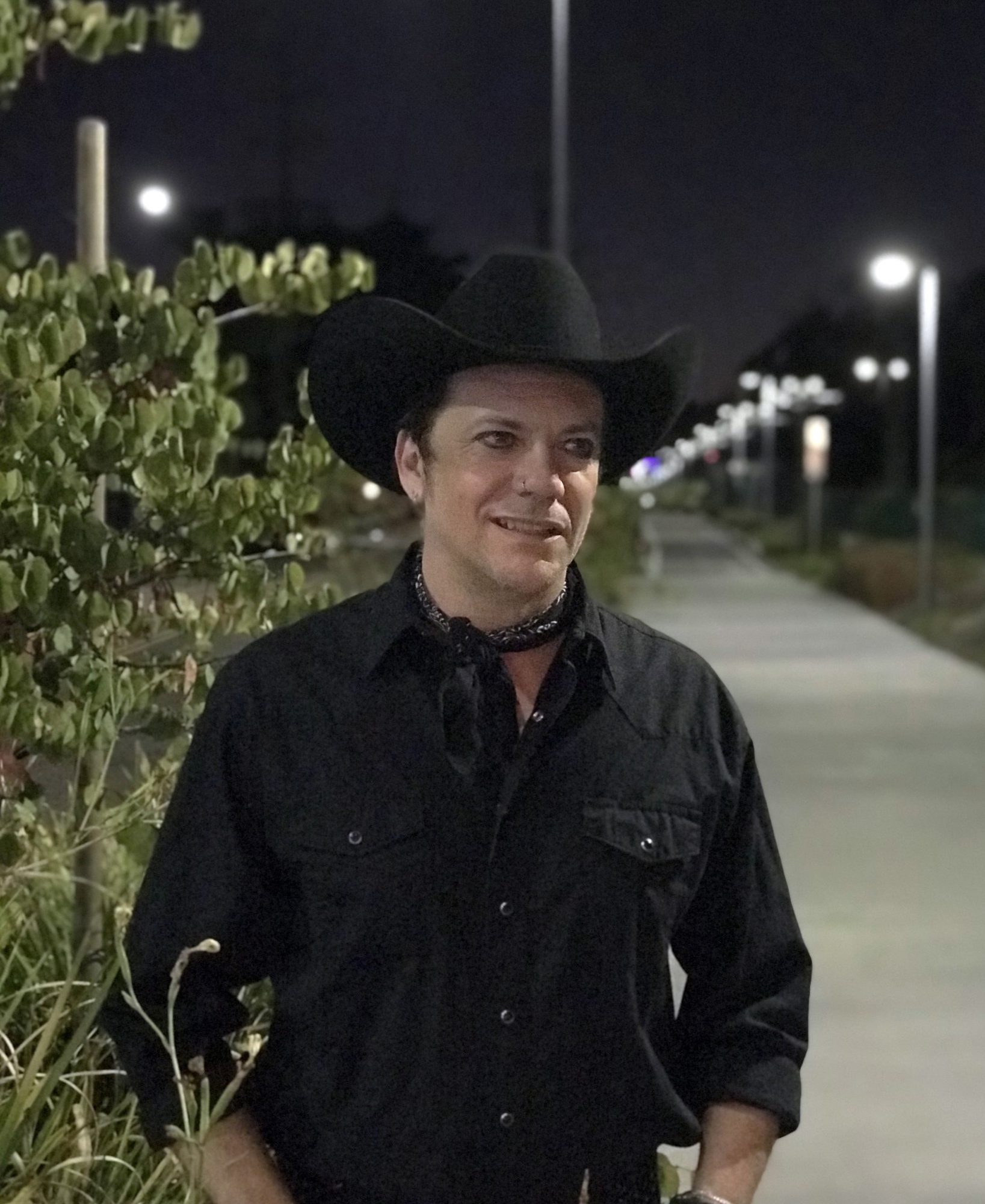 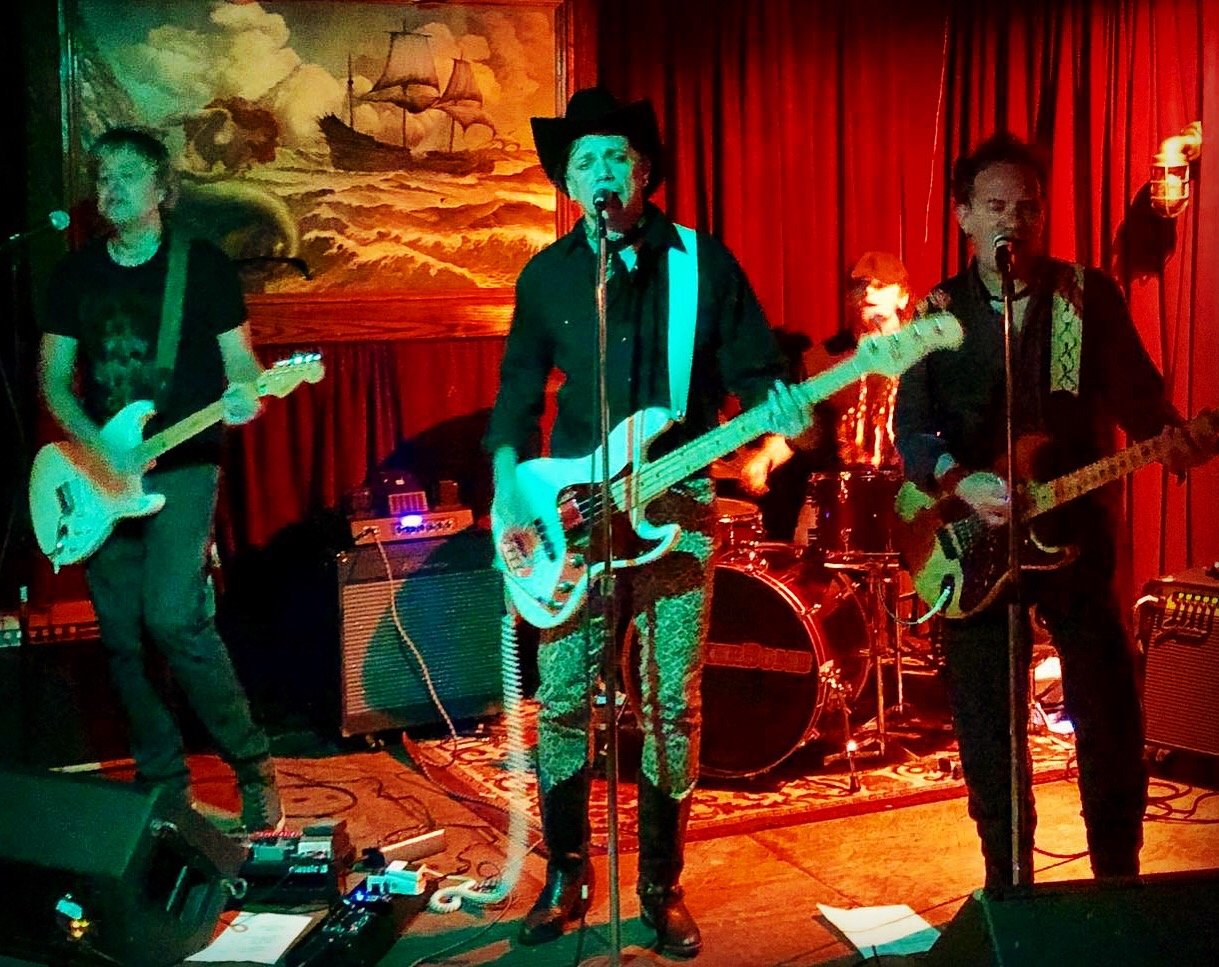 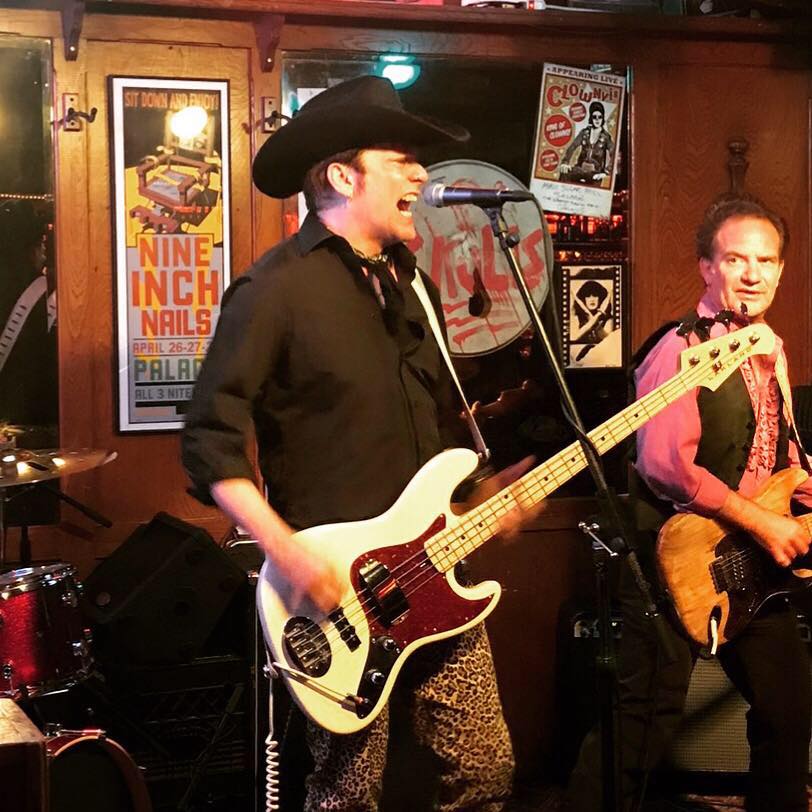