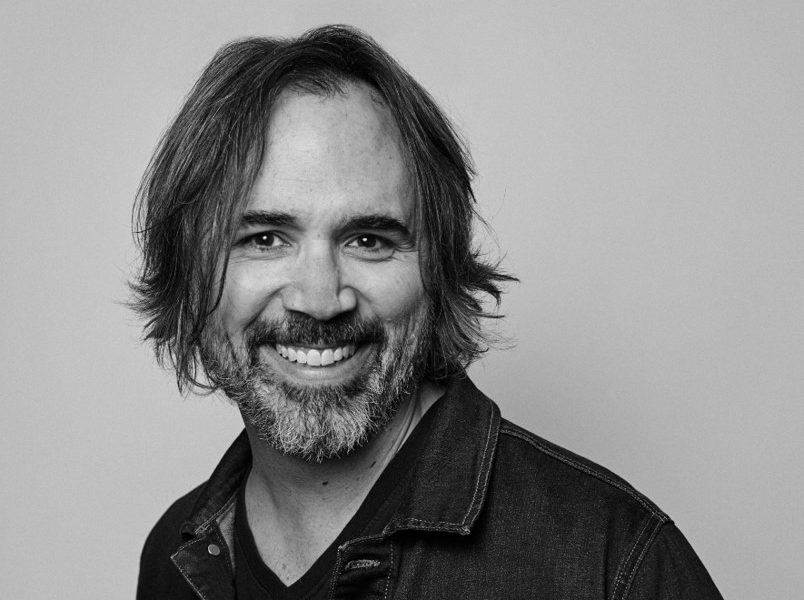 Today we’d like to introduce you to Troy Hardy.

Troy, please share your story with us. How did you get to where you are today?
My story starts in Michigan, born & raised in a small town near the coast of Lake Michigan. I was always into music from an early age and as I got older that interest in music eventually morphed into learning the guitar. Like everybody else I was in high school band, a trombone player, but had switched to tuba in my senior year. The crazy thing is I DIDN’T PLAY TUBA and didn’t have a fear about stepping out and trying something new, maybe it’s because I was young or stupid, or maybe a bit of both. This lack of fear became a common theme throughout my education. All-state band? On jazz guitar…yes…oh AND percussion section, why not? Major in classical guitar (never having played classical before)…definitely, oh and play tuba in the university marching band…but of course. My attitude towards taking these risks was, why not? It’s only music, no one’s going to lose a limb.

This same attitude is what brought me to Los Angeles. A friend of mine who had moved to LA about a year earlier was playing with a band that was working with Randy Jackson, who was with at Sony at the time. The group was looking for another guitar player, so I auditioned, got the “job” and moved to LA after recording with the band in Mississippi. It was the stereotypical musician story, I had my guitars, a car, about $250 and a couch to sleep on until I could splurge and get a futon.

Finding a job was tough. I didn’t know many people in LA, let alone people in the music business, but I knew one person and that was just enough to get my foot in the door. I was HUNGRY, not in an “Eye of the Tiger” kind of way but literally hungry. The $250 I had was running out quickly and a connection through the band I was in knew a couple of television composers that were looking for a studio assistant. Luckily I got an interview, and I didn’t plan this, but at the end of the interview, I offered to work at the studio for a week…free of charge. If they liked me then the job was mine, and if not then it wouldn’t cost them a thing. How can you pass on that offer? They didn’t…over the four years I was there, I learned everything I could from everyone that came through that place. I did it all…coffee, dry cleaning, Christmas cards, studio tech-ing, some guitar sessions, and some writing. This is what started me on the path that I currently find myself on. I put together an early Pro Tools rig from parts that were sitting in a bathtub in a converted bathroom that eventually became my editing room. Oh, did I mention I had no idea how to use a Mac when I started? Pro Tools was a new thing and not as widely used as it is now, so I ended up editing music for music editors that either didn’t have or didn’t know how to work the gear.

My first job in television music was starting to stagnate. My employers were great but I wanted to grow professionally and pursue music editing & composition more than I wanted to pursue another Starbucks run. Again, through a connection, I got a tip that a major television composer was looking for help. I was able to get an interview and the crazy part was that the studio was about a block away from my current job. On the day of the interview, I had to change clothes at the gas station about 100 yards from my current job, then go to the interview and then back to change at the gas station again. All of this during a 45-minute lunch break. Long story short…I got the job. What an amazing education, it was television music production on a whole different level! It was high volume, high quality, live musician sessions, long hours, high pressure and a great proving ground for up and coming talent. Over the six years I was there, I went from being a studio assistant to music editor to lead music editor and then a composer on a major network television show.

At a certain point, I wanted to step out and be an independent music editor but it’s a hard call to make, especially with a new family to provide for. The new situation would have to be nearly bulletproof to make that leap and it wasn’t going to be an easy decision. When the right opportunity did finally present itself, I jumped. I was offered the music editing job on CSI, which at the time was one of the highest-rated shows on television and was the perfect vehicle to start the next chapter in my career. I’ve been blessed by getting the opportunity to work with extremely talented people throughout my entire career and without the right combo of luck, timing, hard work, and these relationships, I wouldn’t be where I am today.

Has it been a smooth road?
Smooth road…not even close. The struggles…too many to even mention but why bore people by complaining. My theory is that everyone’s job is rough. For example, in film & tv…the executive producers, the directors, the actors, the composers, the co-producers, the PA’s…everybody! Everyone has a part of their job that is a challenge. My goal is to come in, do my job and not add to that pile of obstacles. If I’m doing my job well then maybe I can also help alleviate some of the stress added to someone’s already overflowing plate. Work is hard, it’s why they call it work…or maybe not…what do I know? The moral of the story is that if you want to move forward and reach your personal goals then at some point you will need to put in the work, and there’s not a shortcut around that fact.

So, as you know, we’re impressed with Rocket Surgery Music – tell our readers more, for example what you’re most proud of and what sets you apart from others.
Thank you, it’s taken a bit of hard work to achieve what I’ve accomplished so far, but I’ve enjoyed the journey. I wanted a company name that reflected my attitude. I do take my job seriously but not myself. At the end of the day, it’s entertainment, not brain surgery, and not rocket science.

For me, it has always been about serving the client and doing everything I can to help elevate their project, no matter who it’s for or how much it pays. There’s no reason to take a job if you plan on mailing it in.

The majority of my credits are as a music editor, but the composition side of the business has been steady even though most of the credits have been under the IMDB radar. What am I most proud of as a company? Probably the diversity of my work and skill set. Because of my background, my skills are probably a bit deeper than most. It’s the combination of what I learned earning my music degree, songwriting with bands & artists, my performance experience, my composition experience, as well as my production & mixing experience. I think it’s the diversity of experience, an insane work ethic and willingness to stretch out and take chances that set me apart from others.

Let’s touch on your thoughts about our city – what do you like the most and least?
The weather! (remember…I’m originally from Michigan) Also, the opportunities that LA can bring. One of a kind events, amazing food and fairly easy access to any beach, mountain or desert you want to get to. 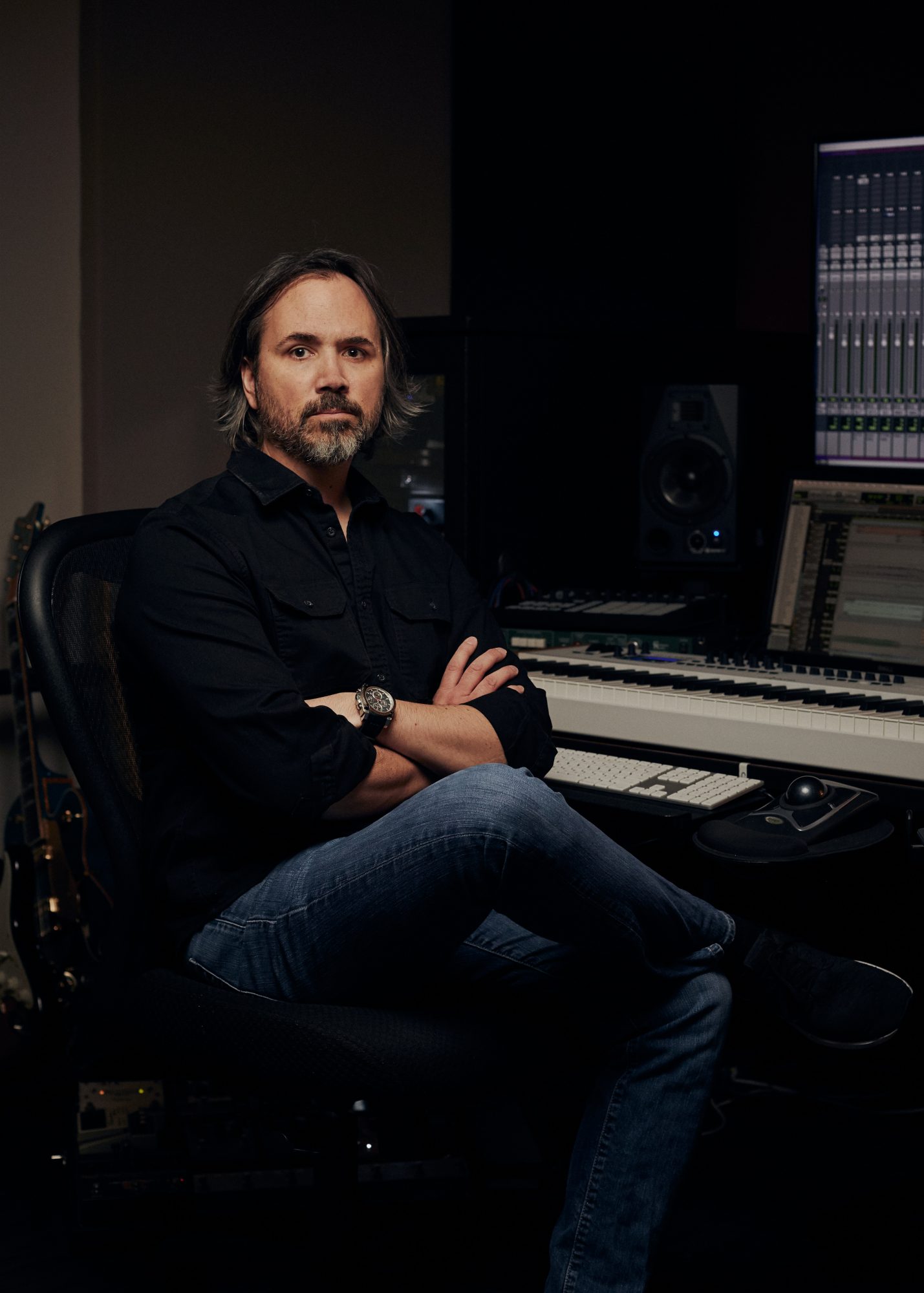 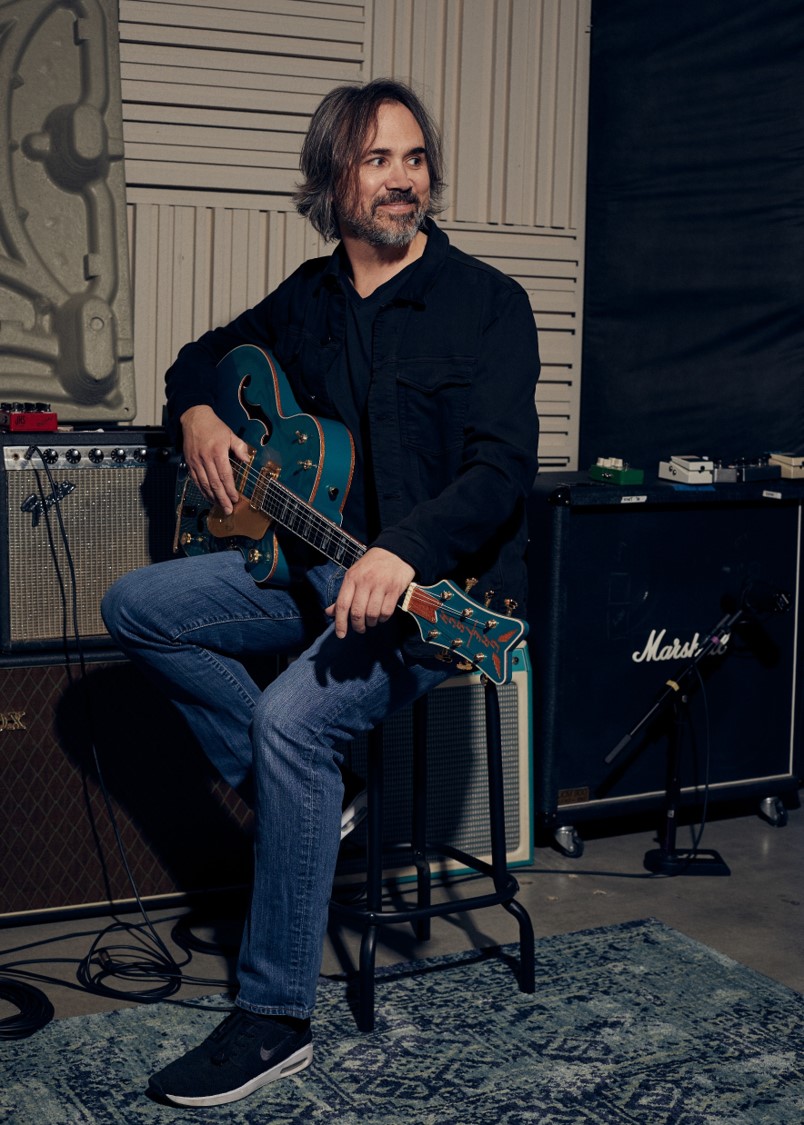 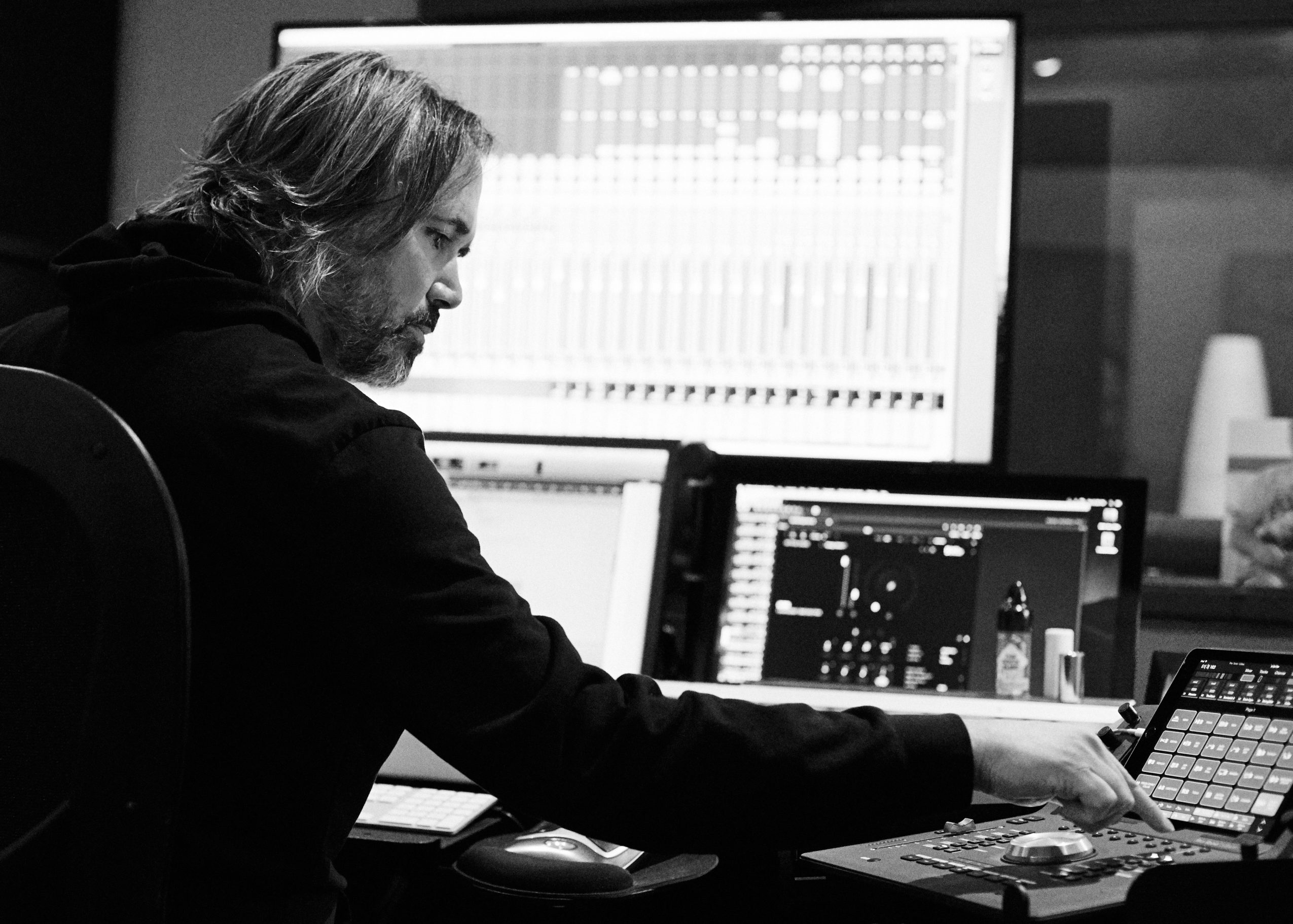 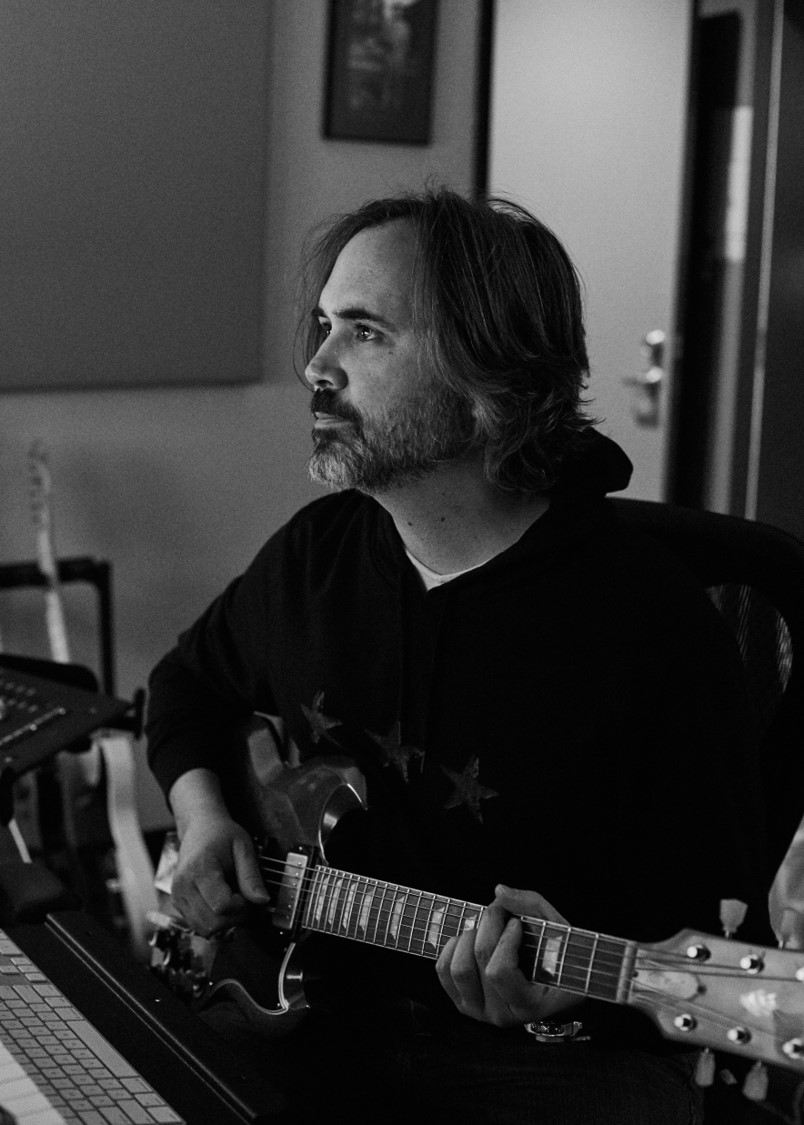 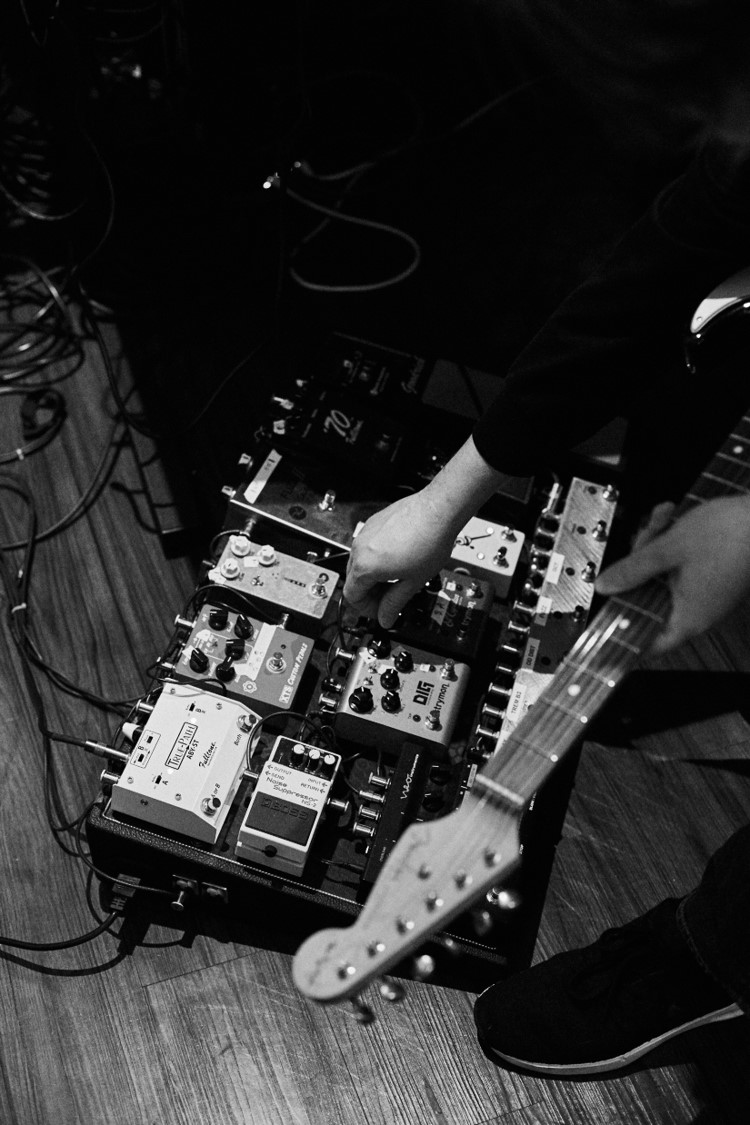