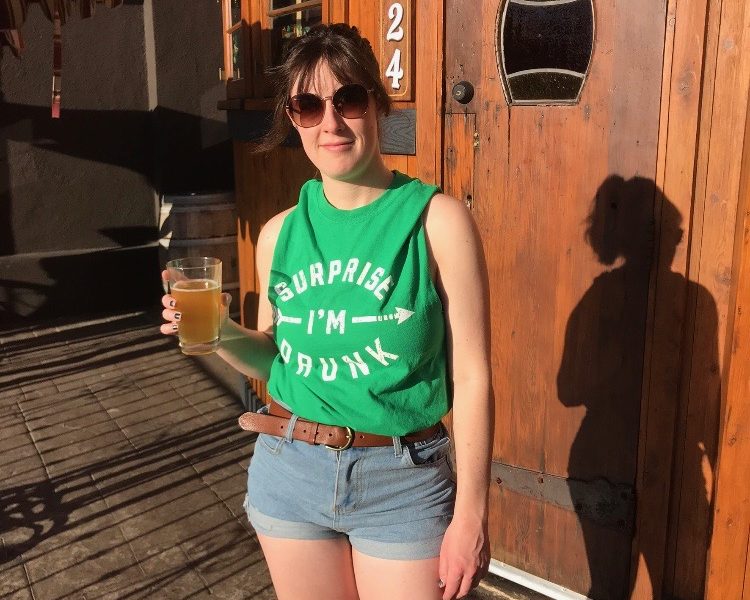 Today we’d like to introduce you to Tricia Williams.

Tricia, please share your story with us. How did you get to where you are today?
Love a good story. I’m from Michigan. I grew up there as the youngest of a family of eight. People always kind of focus on that as something that’s really interesting about me and where I come from, but I have a hard time seeing it that way because coming from such a large family was just what normal was to me. We’ve got that old school Irish-Catholic vibe to our upbringing. I had a paper route from a young age, and there’s a sense that you are always contributing to a bigger picture, which I think is still something that’s kind of instilled in me and is part of how I see myself in the comedy world.

I was very academically-driven, and my older siblings did a lot of successful things like become doctors and lawyers by the time I was like eight. Which was very impactful on how I organized goals in my head. If that was what they did, that’s probably what I should do, and that all made a lot of sense to me. I always loved things like SNL, but when I watched those comedians on TV, there was always this disconnect. I couldn’t put it together that you could grow up and do that. That was like some dream world.

But in college, I fell into writing hard and fast. At first I thought I might go into reporting, but I soon got into screenwriting and creative writing. I got to take two courses in sketch comedy at the University of Michigan, the first time they were ever offered there. That was some kind of serendipity in my life. And after being so sure that I was headed to grad school for law or medicine or something else difficult and prestigious, I was pouring my energy into writing fart jokes and making fun of politics. For someone who had felt like they were on a firm path all through school, I had kind of completely abandoned that to have fun and pursue artistic passion. It was wonderful, but it didn’t set me up for much security after I left.

I moved to LA, and then I moved to New York, and then I moved back to LA. All the while doing comedy, taking classes at UCB and Groundlings – both places I have learned a lot from. I was doing stand up and generally feeling uncomfortable trying to find my comedic voice and confidence amongst the many many men that are at open mics. Don’t get me wrong, some of them are great, but being a young woman going to dark bars and clubs full of older guys just makes you nervous. It’s hard to make yourself keep going back on a regular basis because you’re uncomfortable that you don’t fit in. And besides that, older men don’t necessarily have the same taste in comedy as a girl in her early twenties. Probably because I want to spend most of my time making fun of them the way they do to me. The summation of this section is “I blame men.”

Anyways, I was having a hard time finding a space that felt good to me in the comedy landscape, but I’ve never wanted to stop doing it (for more than like a day after a bad show, but you have to want to quit comedy for like a day after a bad show). And about a year ago, I started producing a show on my own called Magic Punch: A birthday show for my birthday. It started as something that I was going to do one time for my actual birthday, and then once I did it once, I just had to keep it up. So now it’s a birthday show every month because I thought that was funny, perhaps mildly obnoxious as well, but most comedy is at least a little obnoxious. It’s a ton of work, but it’s very rewarding, and I get to invite a bunch of talented female comedians to play on a lineup of other talented female comedians. That’s a really exciting thing for me. My friend Ryan McDonough, who actually put me on my first stand up showcase at UofM, is now co-producing with me, which has been really awesome.

I also have been producing comedy sketches under the banner Anthill Comedy the past few years with other good friends from Michigan, including my boyfriend Matt Montgomery, Weslie Lechner, Hannah Pearlman, and many many other wonderful talented people. Gerry Kodo has been a huge help. Making sketches is another totally terrifying labor of love because you can do a bunch of work and just end up with a mess. But making something like a sketch is a great example of how continuing to move and shift things in your life or in a project often yields great results. The first cut is usually very, very rough. But if you keep moving and trying new things, it usually shapes up pretty well.

We’re always bombarded by how great it is to pursue your passion, etc – but we’ve spoken with enough people to know that it’s not always easy. Overall, would you say things have been easy for you?
It has definitely been a very rough road, with a lot of obstacles. I’m currently looking to produce a short film I wrote called Welcome To Your Mental Breakdown. And it’s pretty much what it sounds like. The past couple years of my life have been heavily marked by kind of falling off the edge of a cliff into some pretty scary mental health difficulties and slowly with the help of therapy and friends finding my way out of it. And now I’ve written a dark comedy about it because that seems to be my healing process.

I’ve also just released a book called “the sewing club.”, which is now available on Amazon as a $5 eBook, that kind of indirectly explores the emotional impact of trauma. It’s a strange little book, I hope people like it.

What should we know about Magic Punch& Anthill Comedy – tell our readers more, for example what you’re most proud of and what sets you apart from others.
Magic Punch: A birthday show for my birthday is a stand up and character performer show. And we’ve recently been throwing some awesome music performances into the mix. It’s hosted by myself (cause it’s my birthday), and it’s produced by myself and Ryan McDonough. We’re up every third Friday of the month at 8pm at ACME Comedy Club in North Hollywood. The next show is October 18, right before my actual birthday!! (October 21)

Anthill Comedy is a banner for sketches I write and produce. Sometimes I act, sometimes I direct too. My dad used to take me on walks around our neighborhood, and I would make him stop and wait, which he did very patiently, at every anthill just so I could look at them for a while. I love that story because it reminds me what I like to do with comedy now – quietly observe and wonder at why we all live the way we live in these kind of strict habits and patterns. I guess that’s how I think of my comedy, and I hope that’s what my sketches kind of put forth. Like, “Hey, this is a weird thing – why?” Besides that, I love it, and I have a bunch of friends that help out by adding their talents. Making things is really, really hard. It takes a lot of time and effort, but I love doing it because I learn so much from it. Anyway, check out our sketches on Anthill Comedy’s YouTube page.

So, what’s next? Any big plans?
I kind of live through projects – is this a really unhealthy thing to say? Am I married to my work? Is it time to put down the Final Draft page and start living? Definitely yes to all of those questions, but it’s what I do, and I like it. Right now, my major projects are Welcome To Your Mental Breakdown and a stage show I’m putting together called WOMAN, A Show. I would love for both to be in some kind of seeable form in 2020. I’m pretty loose with my goals, and I find that that lets me be comfortably lazy in my pursuits.

Oh yeah, voting for Elizabeth Warren. That’s a major future plan I have. And you should too. Please. Please vote for her. 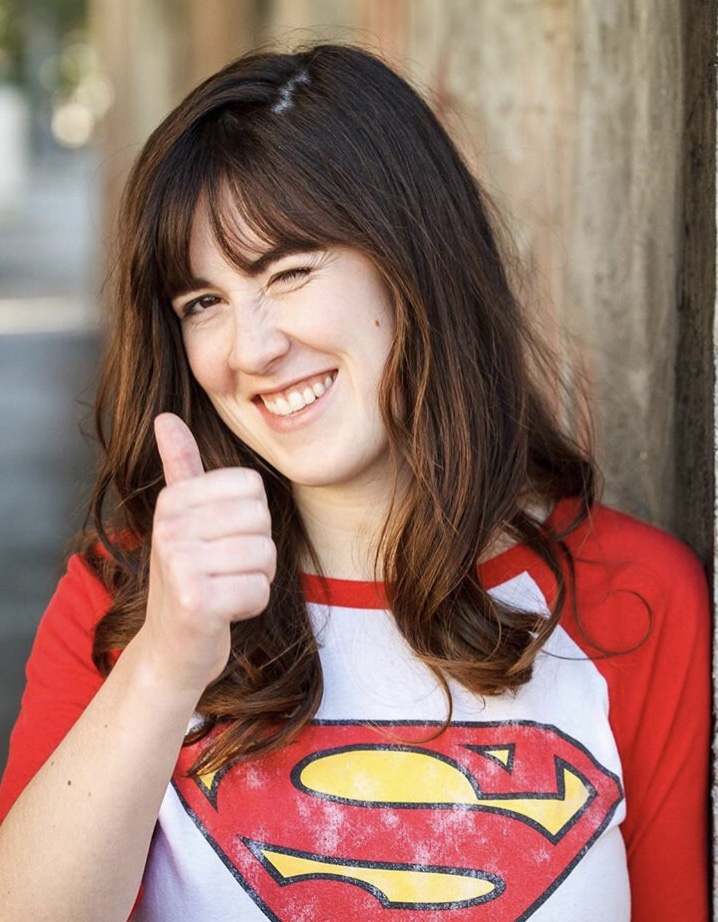 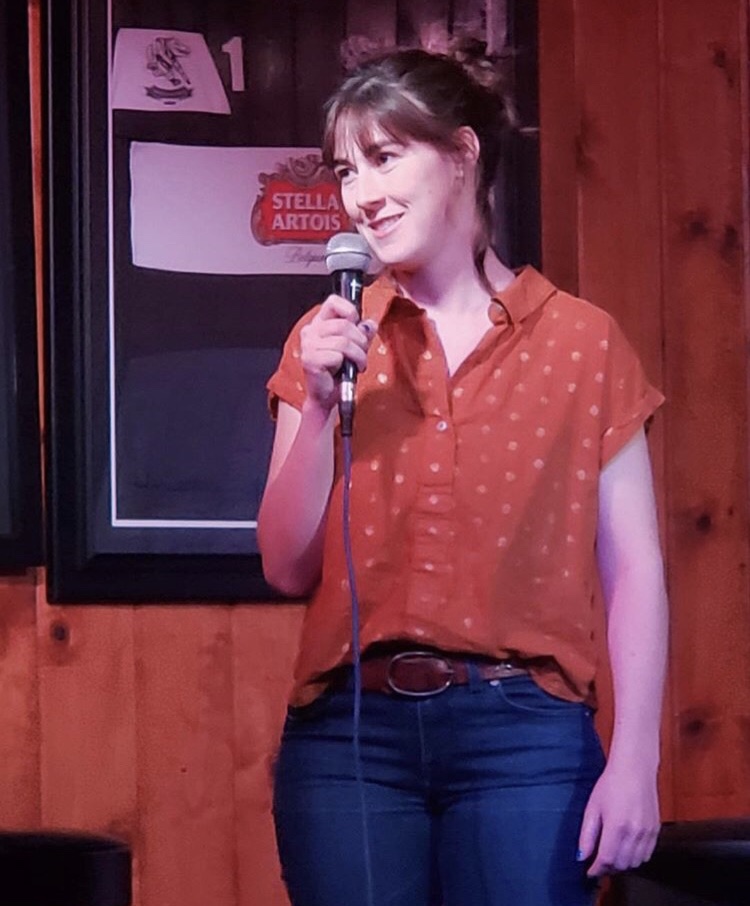 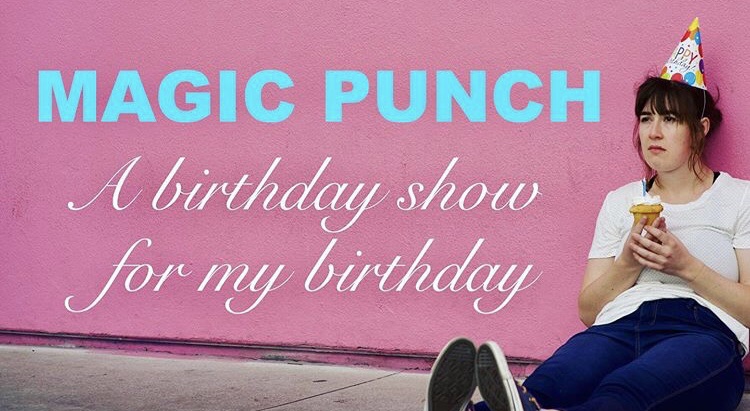 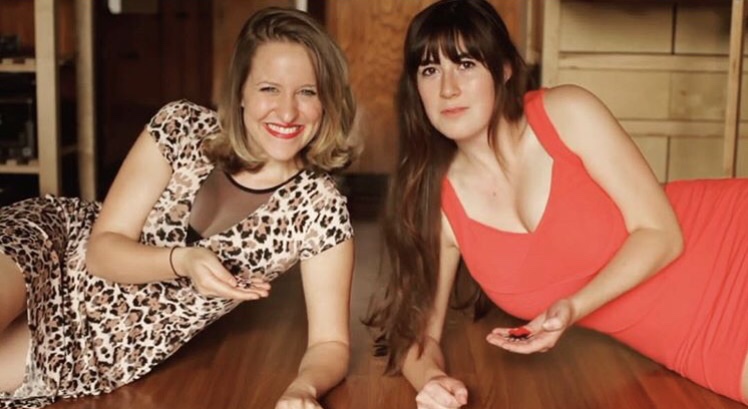 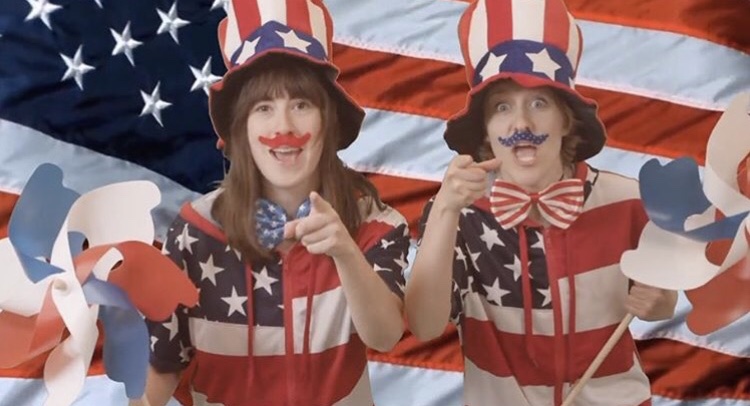 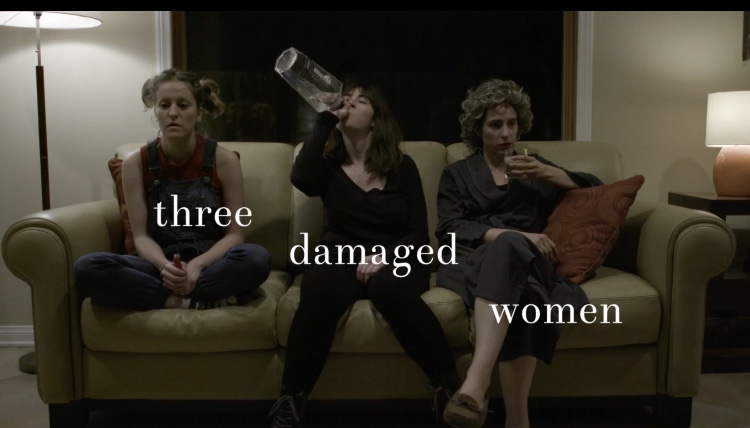