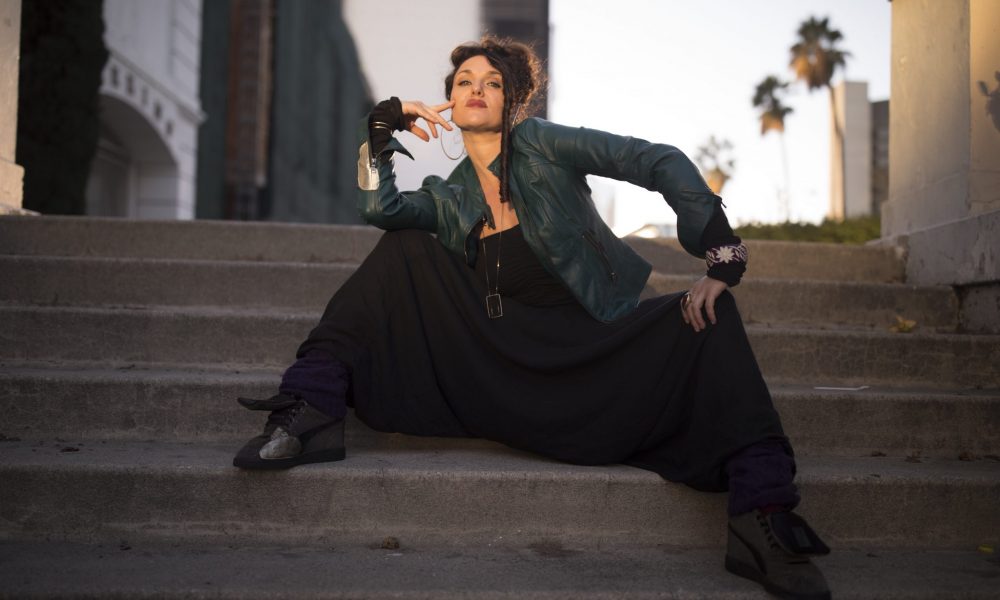 Today we’d like to introduce you to Sariyah Idan.

Thanks for sharing your story with us Sariyah. So, let’s start at the beginning and we can move on from there.
As long as I can remember, I’ve been a performer, and I’ve been writing songs. But it really all started with my mother. When I was two, she went to see a psychic. We lived in Woodstock NY at that time. She was twenty-three years old, had recently split with my father and was looking for guidance. Among other things, the psychic told her I was a dancer. So, my mom put me into creative movement classes. My mom played classical piano and we sang songs in harmony and rounds as our main childhood game, but Livia who taught the creative movement class would become instrumental in initiating my professional career. Livia had —and still has— a modern dance and world folk dance and music ensemble called The Vanaver Caravan that she runs with her husband Bill. I studied with Livia for many years, sang on a children’s album Bill produced and later joined their youth dance company which gradually became the adult company. I toured with them in the US and Europe, was a youth member of their board and taught in both their institute and in the New York State schools arts education programs. From them, I not only learned many cultural forms of dance and music, but I also learned skills of leadership and arts administration that are now serving me as an independent music artist.

In many ways, they opened the world to me. But I was always aware that the cultural forms we performed did not reflect my own personal or cultural experience. I had a deep yearning to see myself reflected in pop culture, but never found those artists, so I decided I would become that artist. As a teenager, I dove into poetry and music, writing songs on an acoustic guitar my mom gave me, trying to find a way to articulate my identity and thoughts about the world. I was the singer in my high school jazz band and competed in poetry slams at places like the Nuyorican Poetry Cafe in NYC. The act of writing became very grounding for me. I spent time in the experimental theater scene in NYC while studying arts and social change at Hampshire College where I also had the honor to study with Yusef Lateef. I’ve always felt a strong pull to sing my experiences on top of a musical platform that articulates the multiplicity of my cultural experience and social perspective, to sing to the rhythms and melodies I carry in my body. I knew early on there was a lot of studies and cultural groundwork I’d need to do in order to have the capacity to compose, produce and perform that music. I’ve sought out different teachers, collaborated and featured as a singer and lyricist on other projects. I was blessed to have the opportunity to study for my master’s degree in an interdisciplinary and self-directed MFA program in San Francisco at CIIS. That program helped me to define my methodology and genealogy as an artist which has made it possible for me to do the work I’m doing now.

Overall, has it been relatively smooth? If not, what were some of the struggles along the way?
Smooth, no, consistent, yes. I have consistently created and put that work out to small audiences. I’ve danced and acted in different companies in New York and Los Angeles, sought knowledge from elders and taught youth. Every project and teaching experience has brought me closer to understanding my own work and introduced me to important people for my journey. But finding the tools, team, and method of self-discipline to articulate my creative vision and make an impact on the cultural conversation has not been simple. That said, I’m incredibly grateful for all the people I’ve worked with and all the people who have stuck with me as I’ve grown and changed. I’m particularly grateful for the people who worked with me on my solo theater show and accompanying spoken word/music-album HOMELESS IN HOMELAND about Jewish identity and the Israeli-Palestinian conflict which I toured for many years. In some ways, focusing on that show felt like a detour from music, but it was important to me to tell those stories. They reflect not just my experience, but the experiences of many other Jewish Americans grappling with these complexities and a belief in the dignity of all people. It means a lot to me that folks have found meaning in that material, and also in my first solely music recordings on my first solo EP titled DEEPER THAN SKIN.

I do think many women, myself included, suffer from imposter syndrome, and have moments of unnecessarily questioning our skill and capacity. My advice to other women is to remember to trust themselves, to not compromise their authenticity. In addition, I think it’s essential that women find other women who are supportive of each other, who don’t buy into a poverty mentality that there is only enough resources or space for a few of us to shine.

Please tell us more about what you do, what you are currently focused on and most proud of.
For the past four years, I’ve been working on my first full-length music album of entirely original music. While the material is new and current, I’ve been envisioning creating this style and magnitude of work since I was a teenager. BREAKING SHADOWS is a 17 track album. It reflects my experiences —as a sis gender woman— of love, power, and patriarchy. Musically it is an articulation of my influences and my ancestors. This is my philosophy for creating cultural peace through sound, movement, and image. I believe it’s important that music creators recognize where we come from while honoring the cultures that have impacted our feelings and world view. As my musical mentor, Melanie DeMore says, our ancestors are always singing through us, whether we recognize it or not. I often say I’m jazz trained, hip hop educated and influenced by my Jewish roots. But there are other influences in there as well, mainly inspired by the rhythms and philosophies in my body learned from dancing in reggae and salsa scenes in my teens and early twenties, studying Afro-Brazillian dance and flamenco.

I started recording BREAKING SHADOWS by demoing songs in my apartment in Koreatown with me playing all the instruments. A bunch of the songs I recorded in Los Angeles with producer and engineer Lynne Earls. But in honor of my Jewish roots, I really wanted to get some klezmer style players on the recordings. This took me back to New York and then to Berlin where there is both a strong klezmer and live instrument hip hop scene. About half the album I ended up producing in Berlin and in Lisbon. If anyone is interested in knowing more about this recording process, there are two blogs on my website about it.

It feels pretty wild that we’re currently finishing mixing all the songs on BREAKING SHADOWS, that it will be released independently this fall. I’m really looking forward to doing a release concert on Oct 10th here in Los Angeles at The Mayfair Hotel in downtown. The Mayfair is a wonderful venue that has free music events on most nights of the week. This event will also be free. https://www.eventbrite.com/e/live-from-the-mayfair-sariyah-idan-breaking-shadows-album-release-party-tickets-69382383577

What’s the most important piece of advice you could give to a young woman just starting her career?
Believe in yourself and find people who believe in you. Be authentic and uncompromising. It’s true in art and entertainment that sex sells, and many men and even many women assume that selling sex appeal is necessary, but if it’s not authentic to you at that moment, it’s not necessary. Listen to constructive criticism and give yourself time to grow, but don’t let the critics stop you from continuing to create in a bold way. 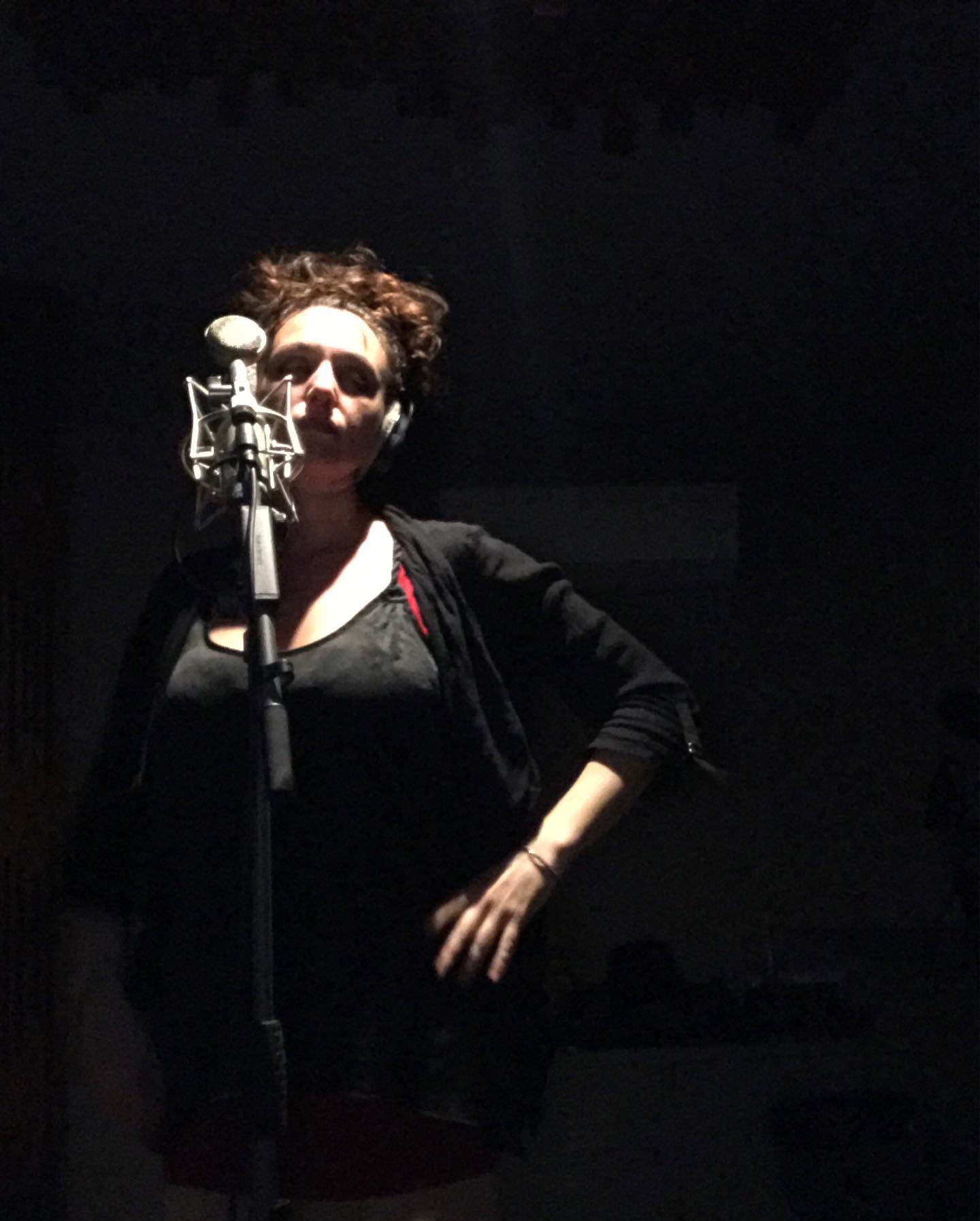 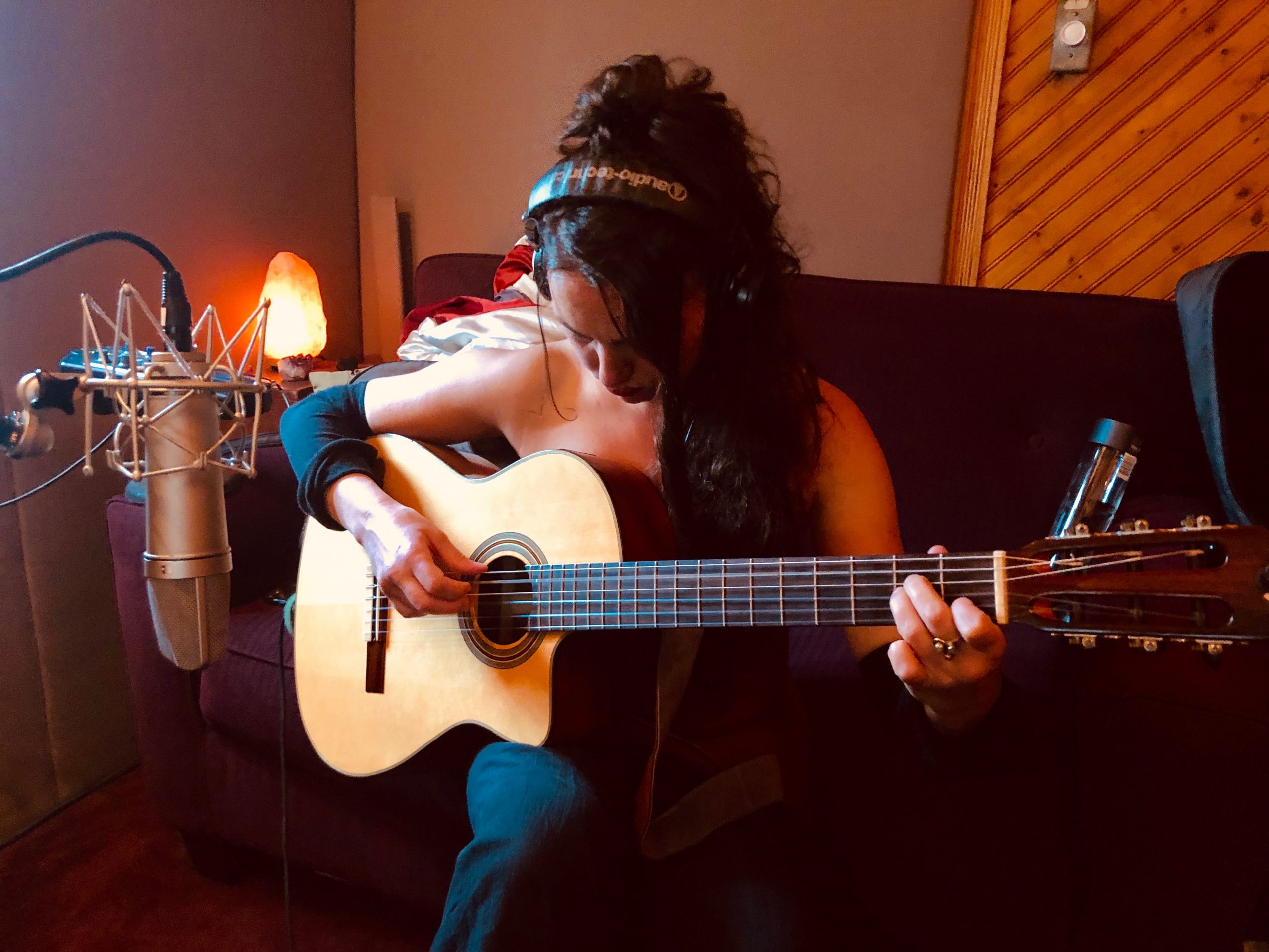 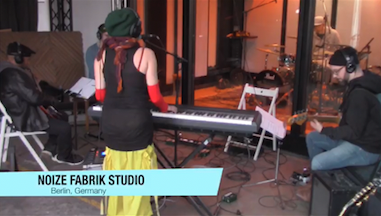 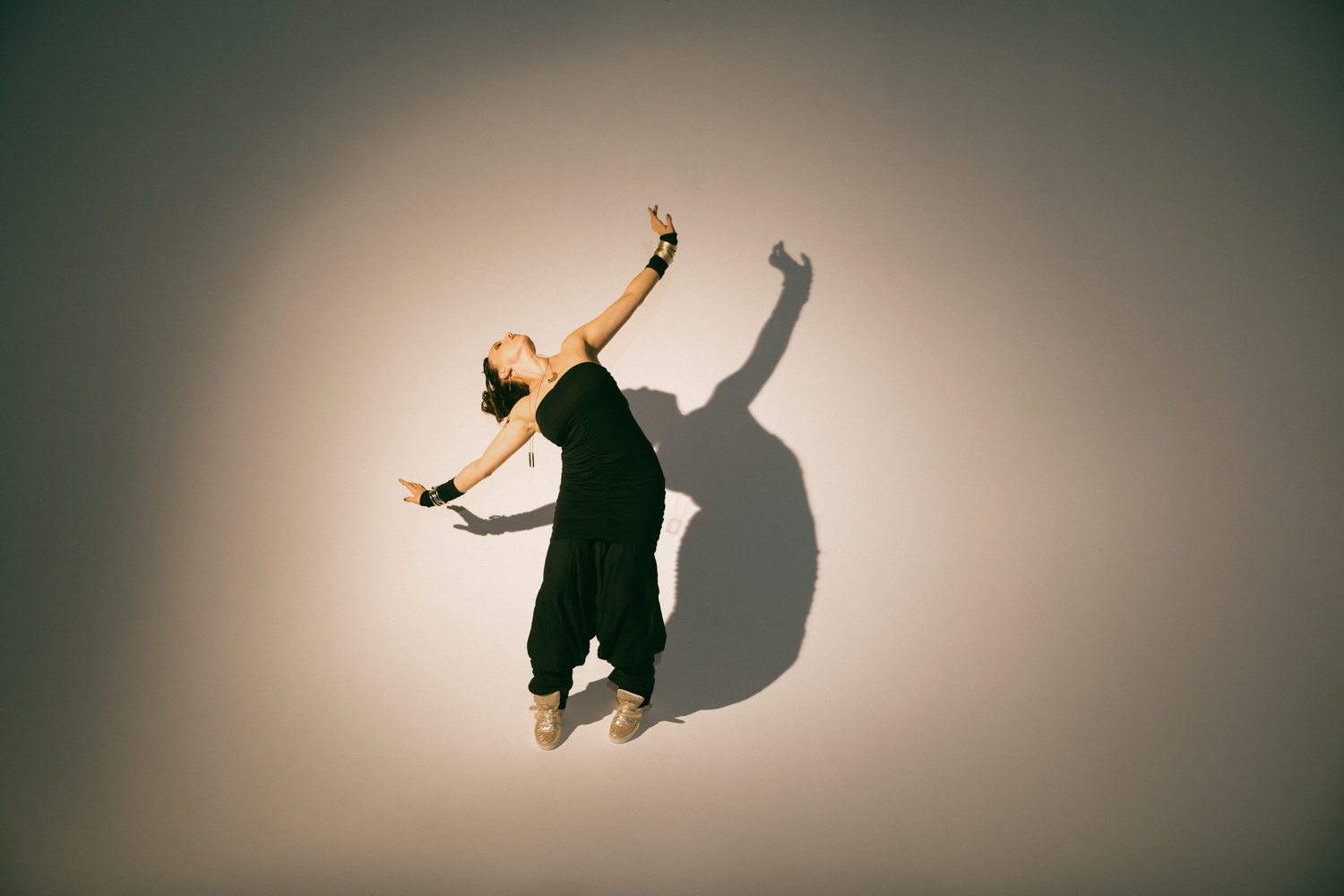 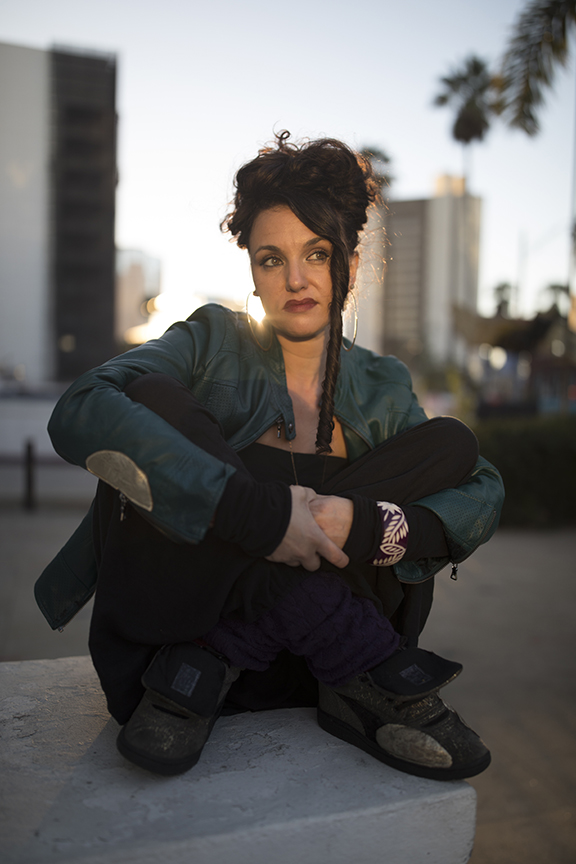