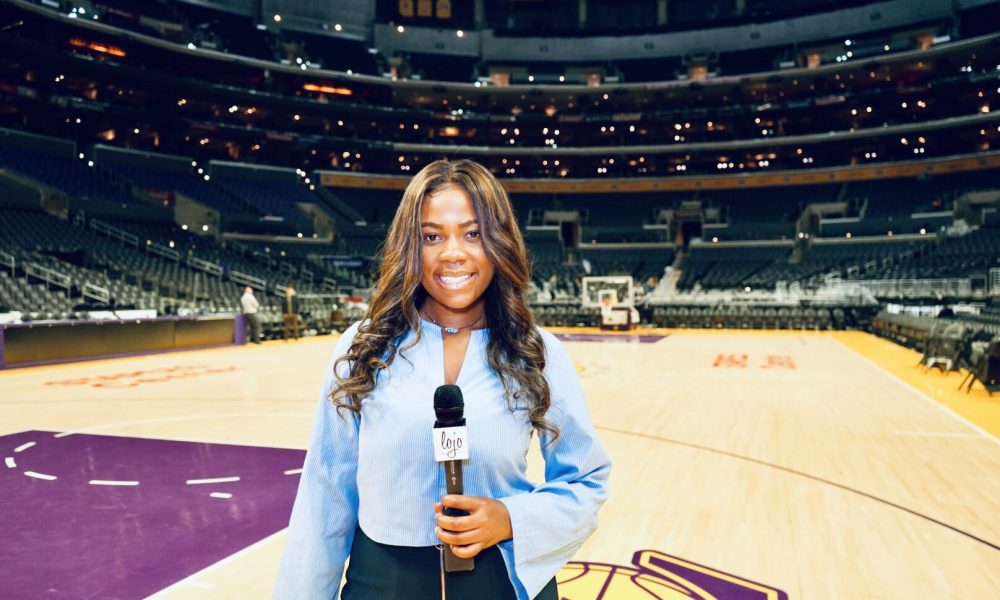 Today we’d like to introduce you to Lauren A. Jones.

Thanks for sharing your story with us Lauren. So, let’s start at the beginning and we can move on from there.
I grew up in Leimert Park in Los Angeles, CA. Growing up, I was introduced to basketball when I was in middle school through my uncle’s traveling basketball team, California Supreme. He would ask me to help out with his camps. From there I started working local Nike basketball tournaments. I would be in the gym all weekend watching hoops, taking stats and running the clock.

I went to Campbell Hall High School, which happened to have two future NBA players (Jrue Holiday & Justin Holiday) on our team and it further confirmed my passion for the game. I became the manager of both the women’s and men’s basketball teams at Campbell Hall. Once I got to college, I knew I wanted to be involved with the University of Southern California Men’s Basketball team. At the time, women were not allowed to be managers, but I was given the opportunity to work in the recruitment office.

Throughout my USC tenure, I immersed myself in sports media from my coursework as a Broadcast & Digital Journalism major and Sports Media Studies minor to writing for the Daily Trojan, reporting for the student-run news stations and via outside sports internships.

In the summer of 2011, before my junior year, I discovered the Drew Pro/Am Basketball Summer League. The following year, Nike came on board as a sponsor and I became the first DrewLeague.com writing intern and created the infrastructure for the program that still exists today. It was just the exposure I needed to launch my own sports media platform LoJo Media. Fast forward to 2017, I had my first LoJo Media internship class which allowed aspiring journalists and media professionals to shadow me for 12 weeks at the Drew League. During the course of the internship, they were assigned various projects and tasks ranging from social media, photography and writing articles.

Meanwhile, I left Fox Sports after nearly two years to accept an Associate Producer position at ESPN where I worked on their first bilingual show. Simultaneously, I began freelancing for the L.A. Sentinel Newspaper, the oldest Black newspaper in Los Angeles, covering local sports teams from the Rams and Chargers to the Clippers and Lakers as well as UCLA and USC.

After my stint at ESPN, I joined the Snapchat Content Team while still writing articles, producing digital videos and social media for the L.A. Sentinel. I decided to pursue reporting full time once my contract ended with Snapchat. I was promoted to Copy Editor and Lakers’ beat writer for the L.A. Sentinel.

I am extremely proud of my first season as a Lakers reporter as I was able to break news, have several of my Tweets go viral and have my stories and social media content picked up by national sports media outlets and develop relationships with key players within local and national basketball media.

Great, so let’s dig a little deeper into the story – has it been an easy path overall and if not, what were the challenges you’ve had to overcome?
It’s been far from a smooth road. After graduating from USC, it took me nine months to get my first job at Fox Sports. I sent out over 100 resumes, emails and applications. It was one of the most trying times of my life.

I founded LoJo Media for several reasons and among them was wanting to provide an opportunity for young, ambitious people, especially Black women and minorities, to have a platform to grow and develop professionally.

My advice to other women in the industry is to always focus on building yourself up and finding your confidence because this is an industry that brings a lot of criticism, internet trolls and people looking to discredit you. A strong sense of self and tough skin is necessary to survive in the male-dominated sports industry. I would also encourage women to write down all the women in the industry who inspire them and identify the reasons why they admire that person. Find ways to incorporate what you like about this melting pot of women into your style whether it is the way they speak, how they present when working among players and coaches, and in the media scrum/huddle. Do not be afraid to ask for help and tell people exactly what you want to do, but be prepared to do the work and to accept that there will be a lot of rejection.

Lastly, do not wait for an opportunity to find you because chances are it won’t. Utilize the resources around you to create the opportunities you want. For instance, if you want to write for a publication, start a blog.

Please tell us more about what you do, what you are currently focused on and most proud of.
I get asked all the time, ‘So, what do you do exactly?’ Simply put, I do it all – from writing, producing, directing, transcribing, editing, social media, website design, and podcasting. I would say I am most known for writing and reporting.

This past season was my first full season covering the Los Angeles Lakers and I had several social media posts that went viral during the season whether it was breaking news or asking questions that garnered a noteworthy response from players. As a brand, I am most proud of how I broke into this industry. I have had to figure out the ways to make the things that I want reality and continue to find ways to reach my next goal.

So many people told me I would have to move to a small town to start my journalism career, which I did not do. I am not sure how that has impacted me, but I felt confident that it was not what I wanted to do and so I worked hard at networking in the Los Angeles market and created vehicles to allow me to work. What sets me apart is my style of reporting. I work diligently to carefully craft questions to elicit genuine answers and to delve into issues that the public wants to know while trying in interviews to find the common threads that humanize people who the public sometimes forget are just people.

What’s the most important piece of advice you could give to a young woman just starting her career?
The single most important piece of advice I could give to a young woman starting their career is to dream big. This is an interesting time in the sports media industry where one person can ideate and execute innovative content by themselves simply with an iPhone. You would be doing yourself a disservice if you allowed the decision of others who may choose not to hire you or to try to manage your vision of your place in the field. Innovation happens every day and on any given day that innovator might be you. 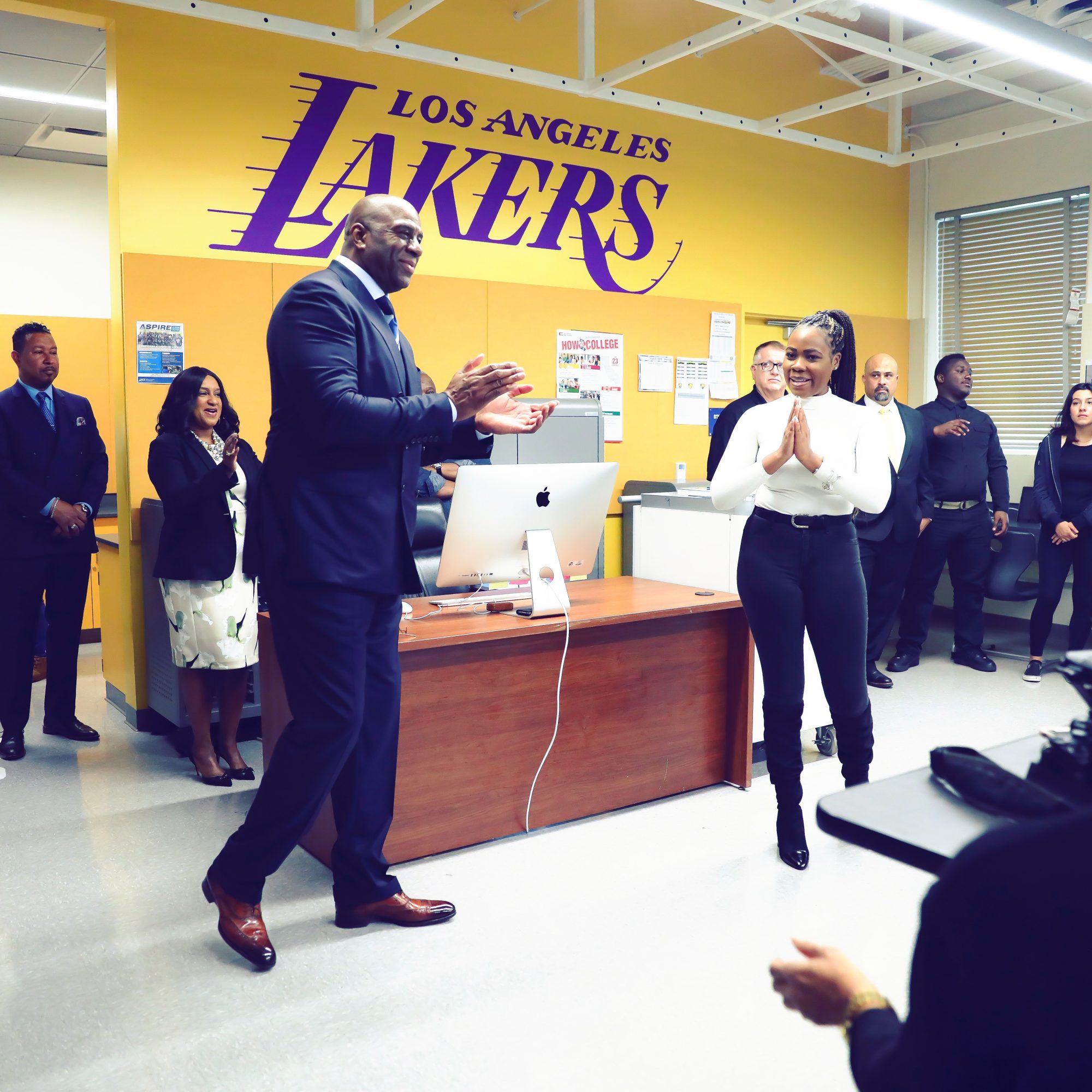 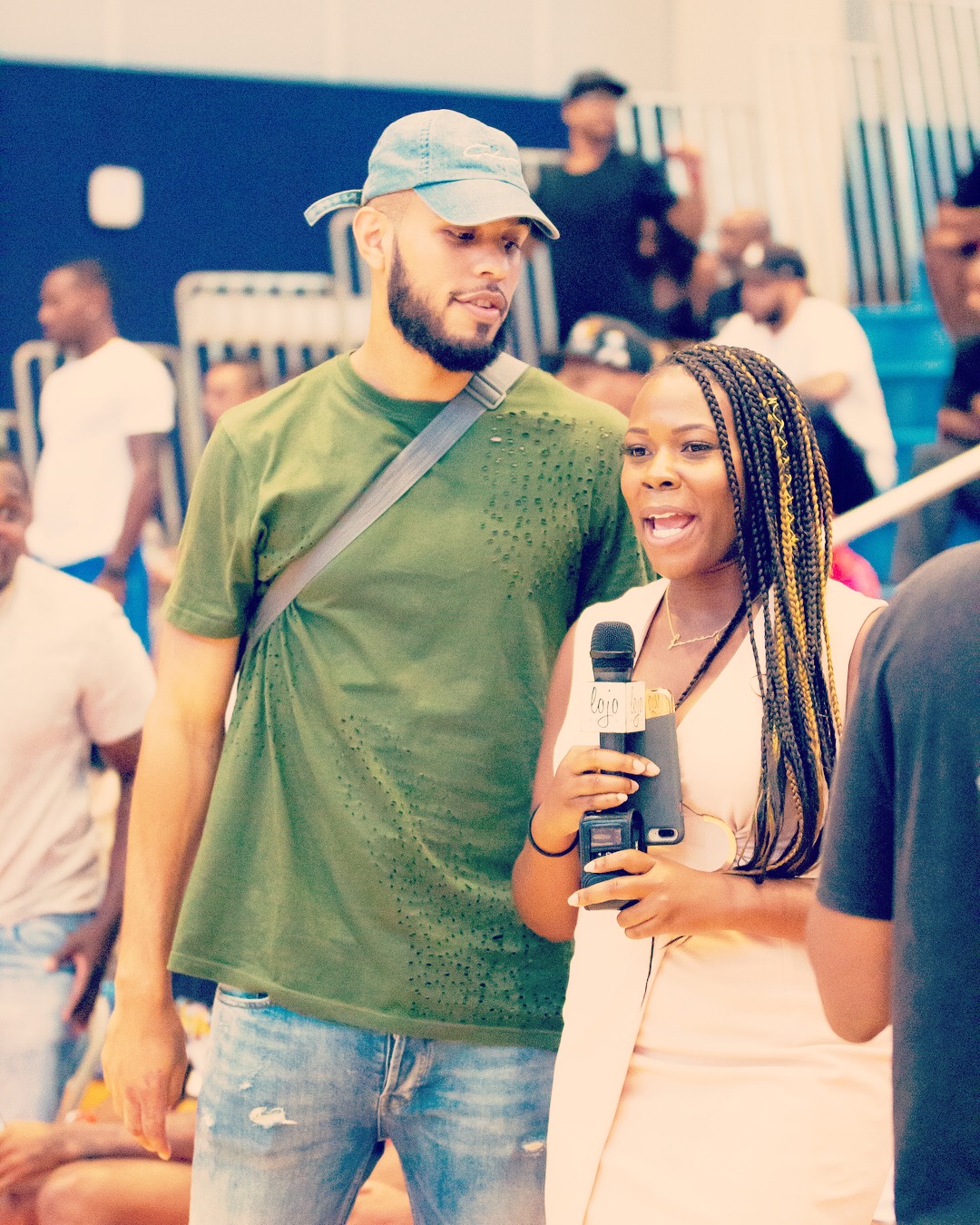 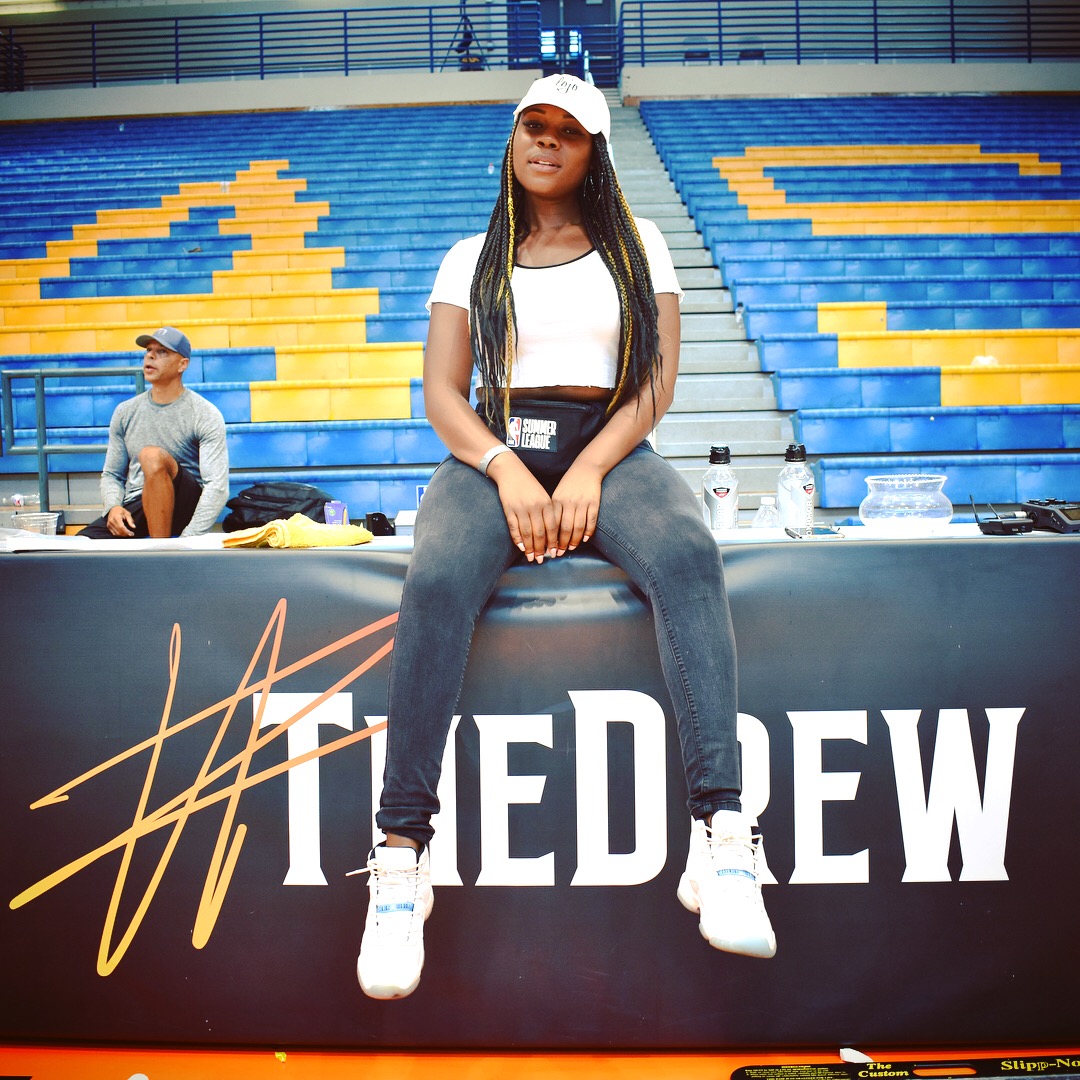 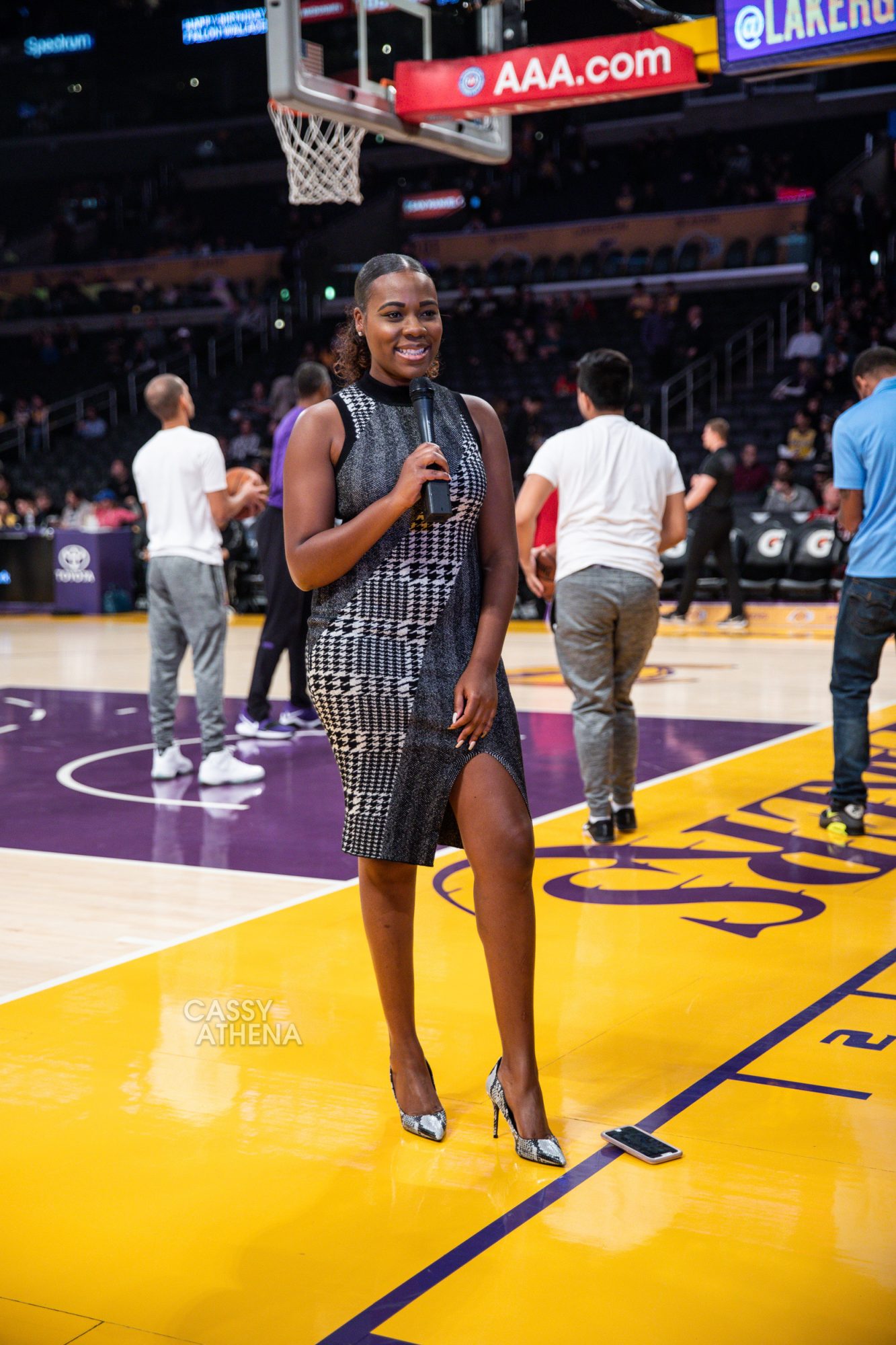 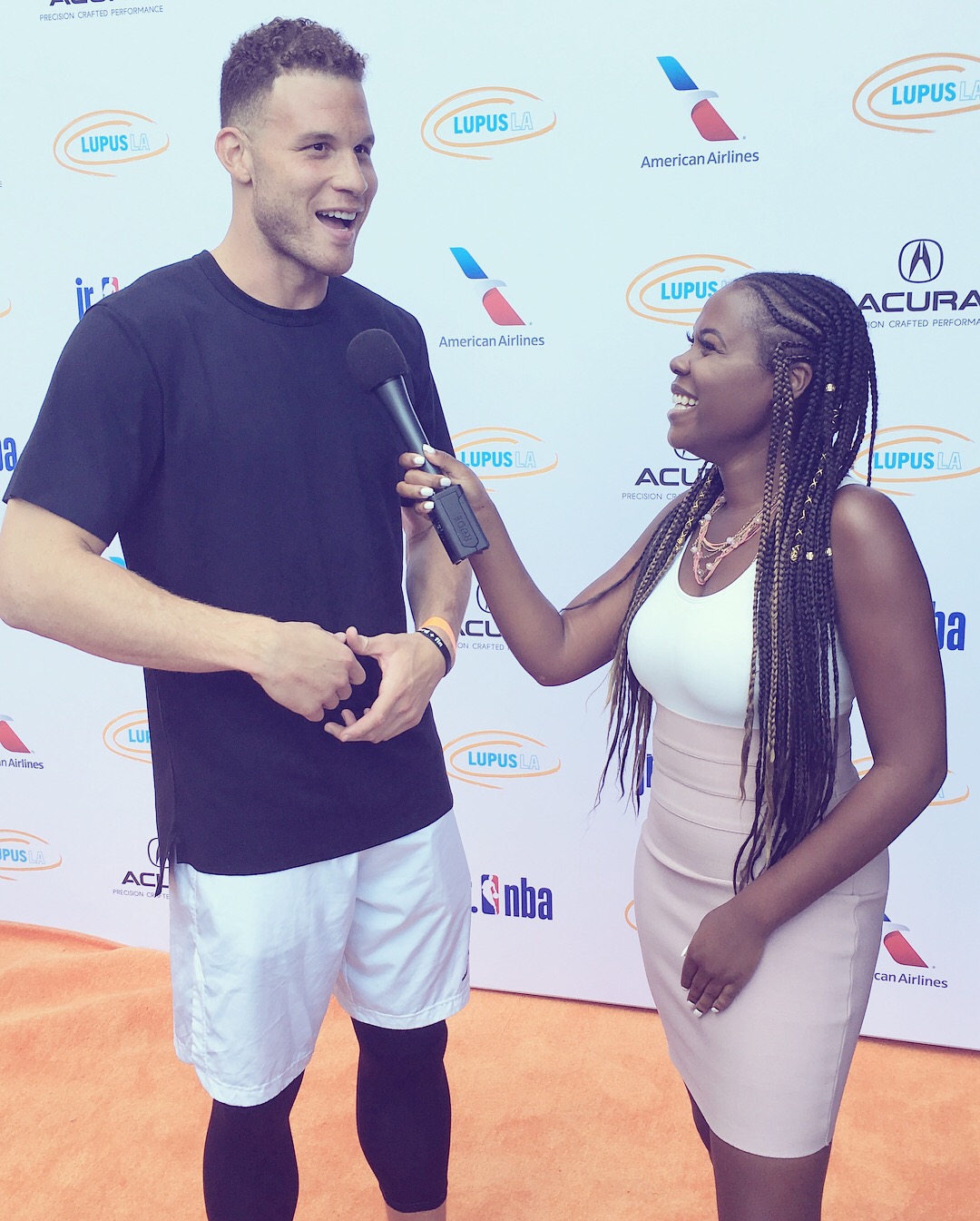 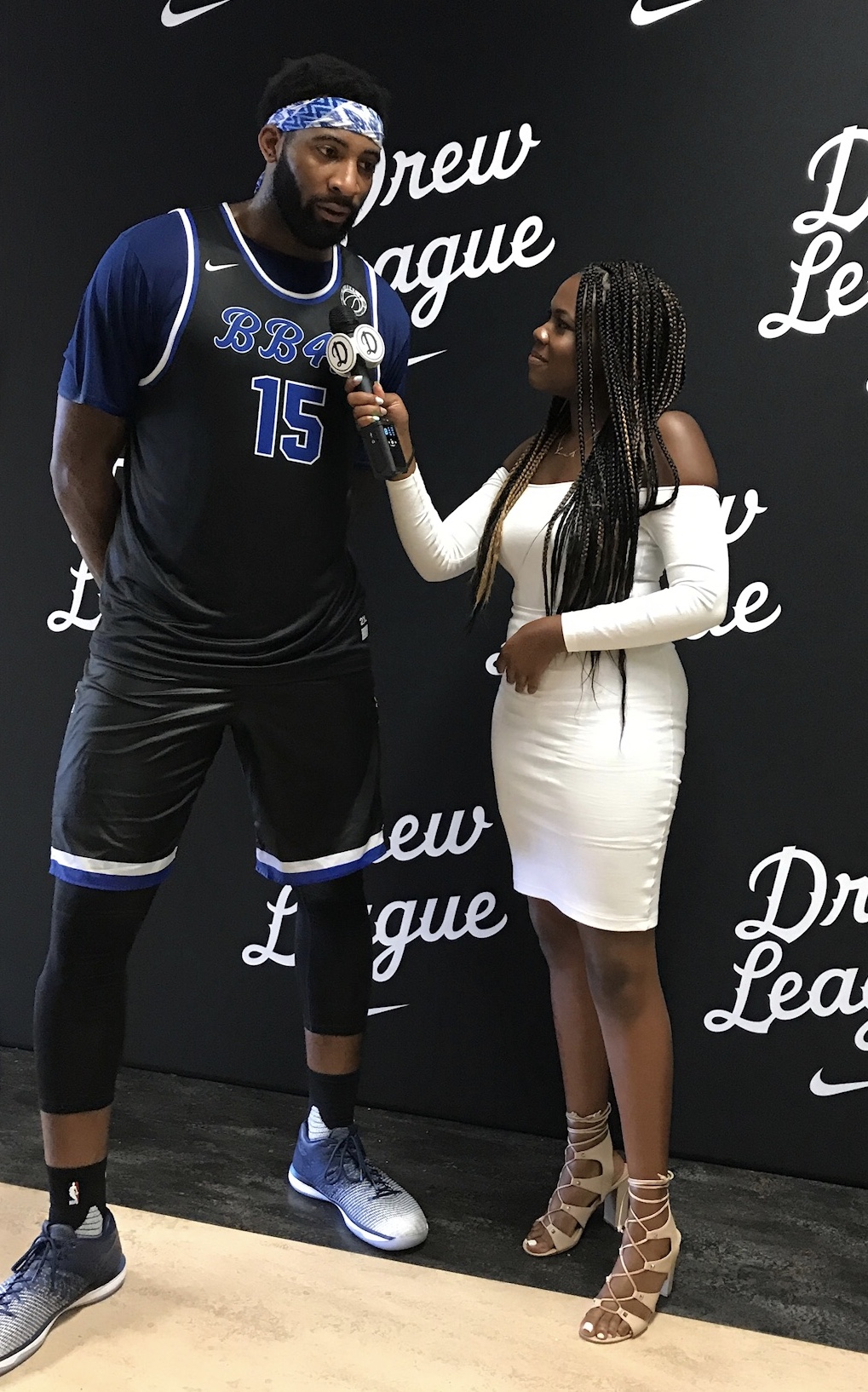 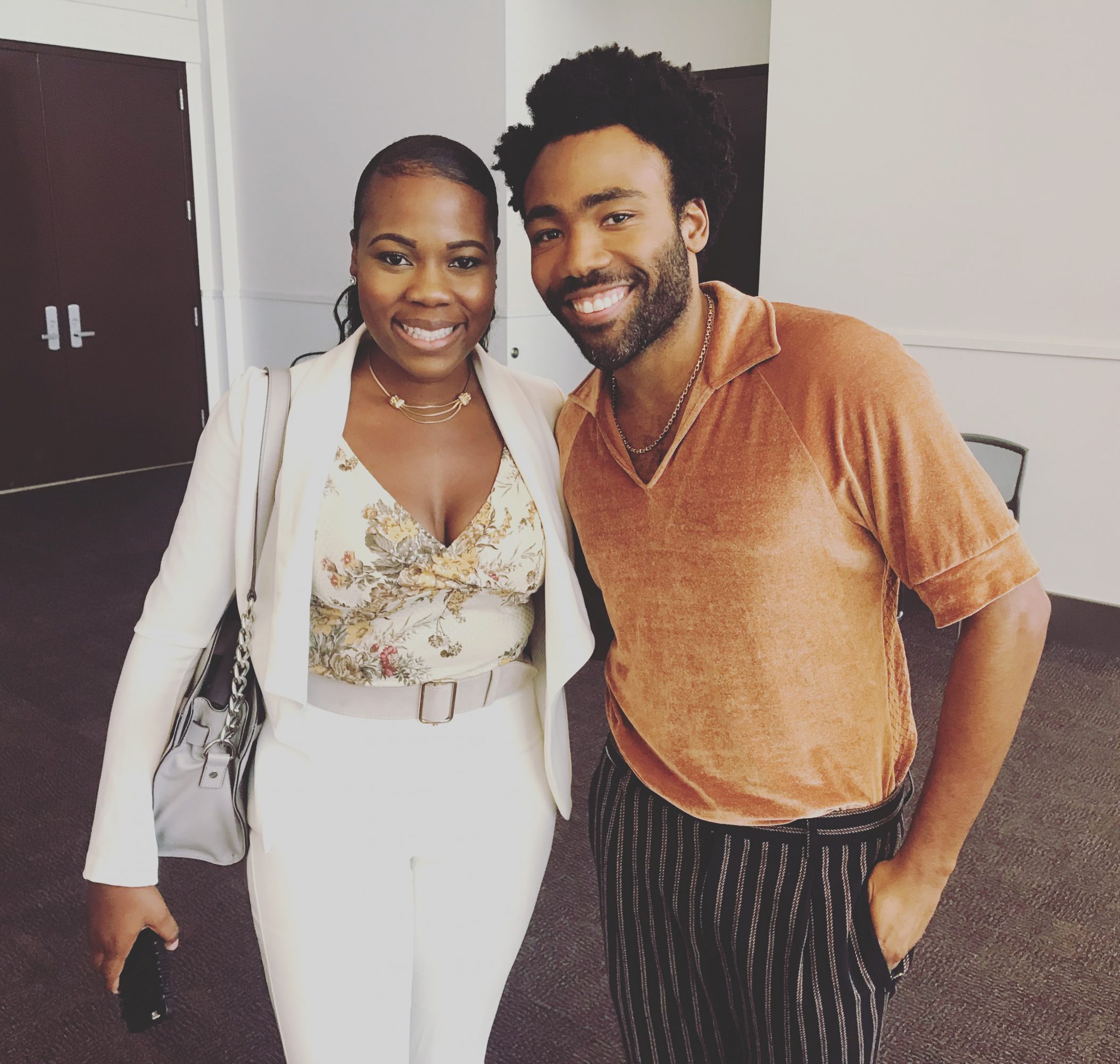