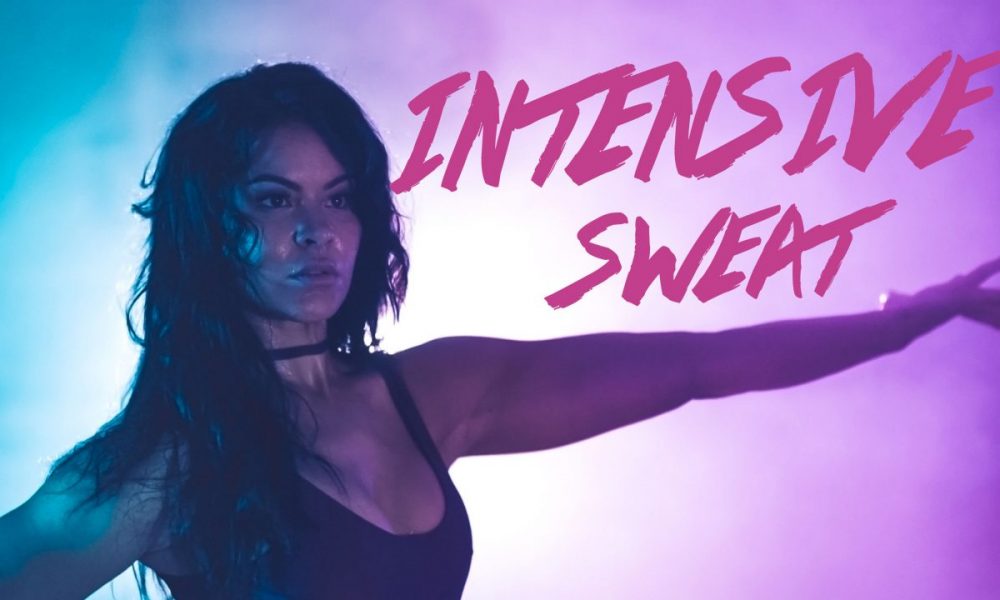 Today we’d like to introduce you to Kristen Terry.

Kristen, please share your story with us. How did you get to where you are today?
Greetings! I got started as a professional dancer in Alvin Ailey repertoire, as well as Afro Caribbean and Latin ballroom as a youth in the midwest and east coast. I then learned to become a guest teacher while a teen and learned music as a singer which eventually led me to music full time for many years as an entertainer. I became a Latin ballroom and salsa teacher while in college in Miami, FL which landed me many entertainment gigs in the Latin Billboard awards and Hard Rock hotel and casino all while working full time and on a full ride scholarship in college.

From this point, my thirst for music and performance heightened where I was invited to sign with an indie label where I was a recording artist and entertainer… again, all while in college and working full time on campus ;). I managed to graduate college cum laude in International Relations with a minor in Business able to speak Spanish and Mandarin. I was just one of those kids with a ton of energy and drive to succeed. While recording music to perform, I got signed to a management company from out of Atlanta where I would go into music officially as a full-time artist. That is where I also got strategically introduced to who would be my fiancé of 10 years, who happened to be an NBA star… which I had no clue who he was. He gave me a nice counter offer to manage me instead of everyone else and control my career while we were to be married. It sounded like an incredible as a 20-year-old kid who just graduated college with big goals and dreams to succeed. I took him up on it. My then management team and recording label were stunned and warned me of the potential outcome. They were paid off to get me out my contracts yet disappointed in my decision.

From finishing college with a solid path ahead, we went to LA so that we could embrace entertainment for my future more aggressively. I recorded tons of music in Philly, LA and NYC with some of the biggest names (Trey Songz, Bruno Mars, StereoTypes, Jon Secada, etc). I had vocal lessons with Seth Riggs (Michale Jackson’s coach, whom I got to listen in on his sessions). It was a dream all while I continued to rehearse my dance moves with some of LA’s top choreographers though I felt I did not need one ;). I put in so much work night and day to be the best I could be in all aspects of entertainment. Years went by and I had no clue why nothing was happening with my music or my brand as an artist. To kill the idle time, on my own, I landed Young and the Restless as a recurring actress as well as the CW, plus a handful of indie TV films which I am still getting royalties.

After still feeling like my management wasn’t doing anything, I would ask my fiancé what was going on. Then to my dismay, I learned from his best friend and my then road manager that I was supposed to be barefoot pregnant in the kitchen and not some Hollywood star. My heart sank. It all started to make sense. My judgment had been completely impaired. I felt everything I worked so hard for was in vain… all those years of working towards a goal I had zero control or ownership of. I was managed and controlled in every aspect of my life like a prisoner… or pawn and didn’t realize it. Love and passion blinded me. All while, my fiancé had another relationship going with his colleague who knowingly became the home wrecker. Ten years later, I felt my life was over and had no direction after getting the courage to leave my ex for a new beginning with nothing yet still stuck under his management contract. But I knew, it had to be done or I would have been prisoner the rest of my life completely unhappy. After begging to release me from my contract, I started from scratch and found a way to perform all the music which had never been performed all those years. I got an offer to perform overseas in Asia as a headlining performer.

In need of a fresh new start, I created my own production hiring MCs, backup dancers, photographer, light and camera crew, wardrobe designers, catering and make-up crew. I created an entire production gorilla style on my own all while being the star talent. I toured for 2 years overseas and came back a new woman. I then created 2 businesses in the states for some foundation back home. One of these businesses catered to women empowerment called “Sexology Dance Fitness”. A movement to empower women to feel sexy, inspired, fit and most importantly, confident. I give women all the tools essential to being the best version of themselves and to never stop reaching their goals large and small daily.

Overall, has it been relatively smooth? If not, what were some of the struggles along the way?
NEVER GIVE UP OR STOP. Never give your power away. Never depend on someone who does not have your genuine best interest. Always strive to be the best you can be in all aspects of life. Be healthy and fit. Get your annual physical exams. Have an open heart and be loving. Find the undeniable happiness in life and embrace it daily.

Alright – so let’s talk business. Tell us about Sexology Dance Fitness – what should we know?
Sexology Dance Fitness is the only dance fitness class that offers to empower words of encouragement and mantras. It is also the only class that offers heels choreography for non-dancers. We begin with words of encouragement and warm up to some empowering female tunes that are sung and written by yours truly. Once we get our endorphins pumping and sweating (an average of 750 calories burned each class), we put on our heels to start the instructional sexy bread and butter class. I teach how to walk with confidence in heels physically and metaphorically. We, then learn new sexy slow choreography for that week. Each class masters choreography before we move on to new material. We end with a freestyle soul train type of line and losing words of wisdom and empowerment.

What’s the most important piece of advice you could give to a young woman just starting her career?
Don’t be afraid to ask for help that tries to tackle most things on your own before you can tactfully delegate to others. Remember, it’s your baby and nobody loves your brand more than you. 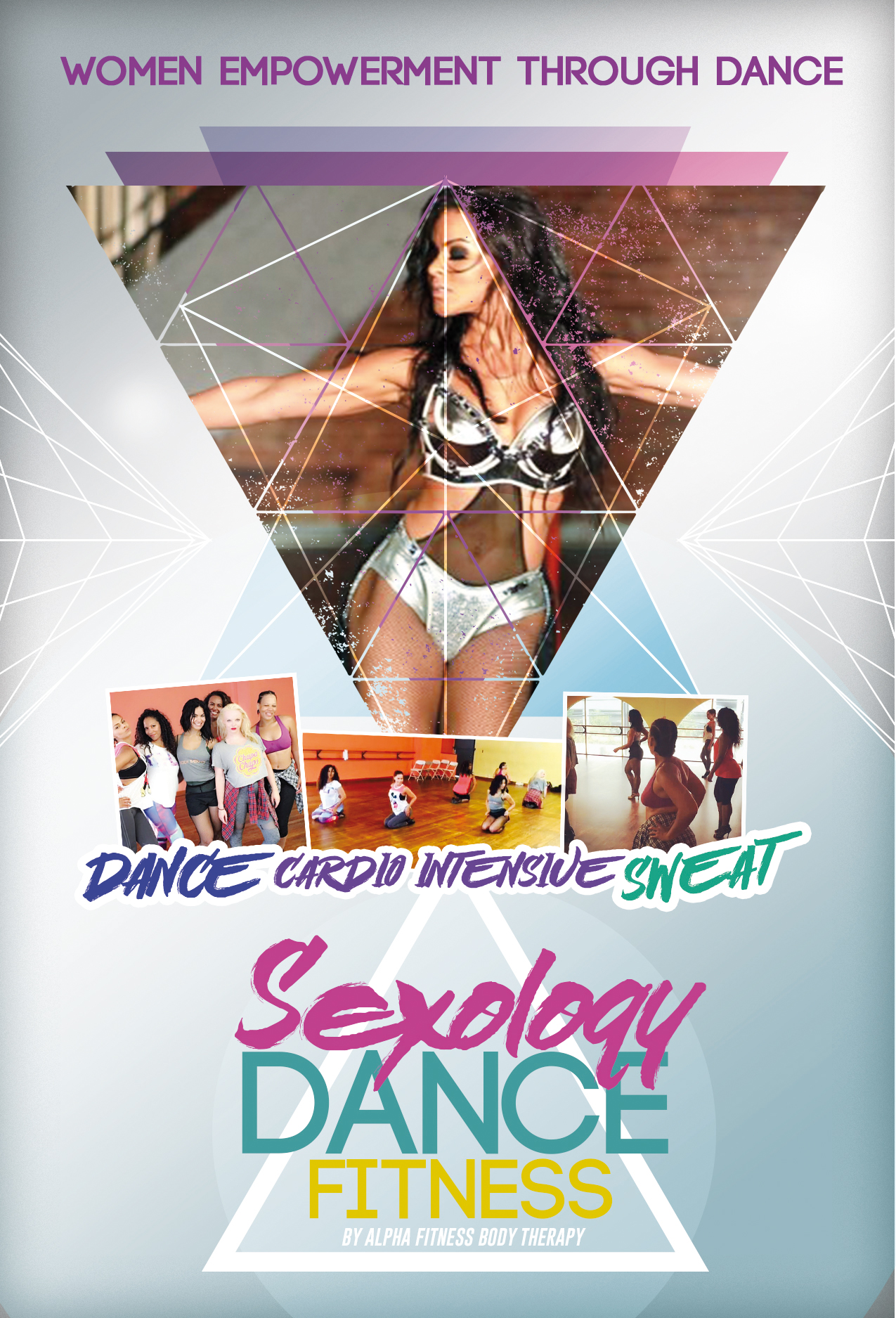 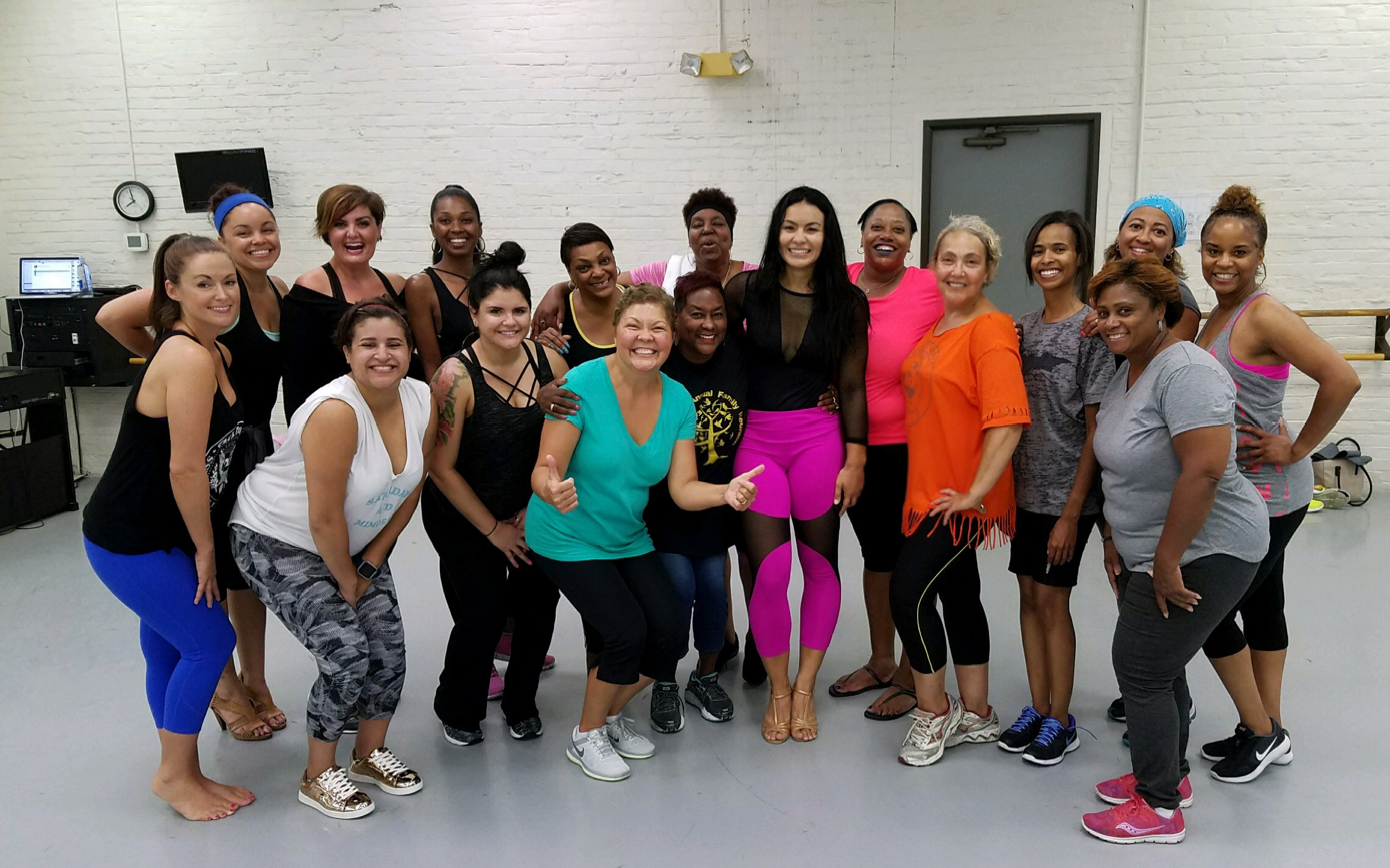 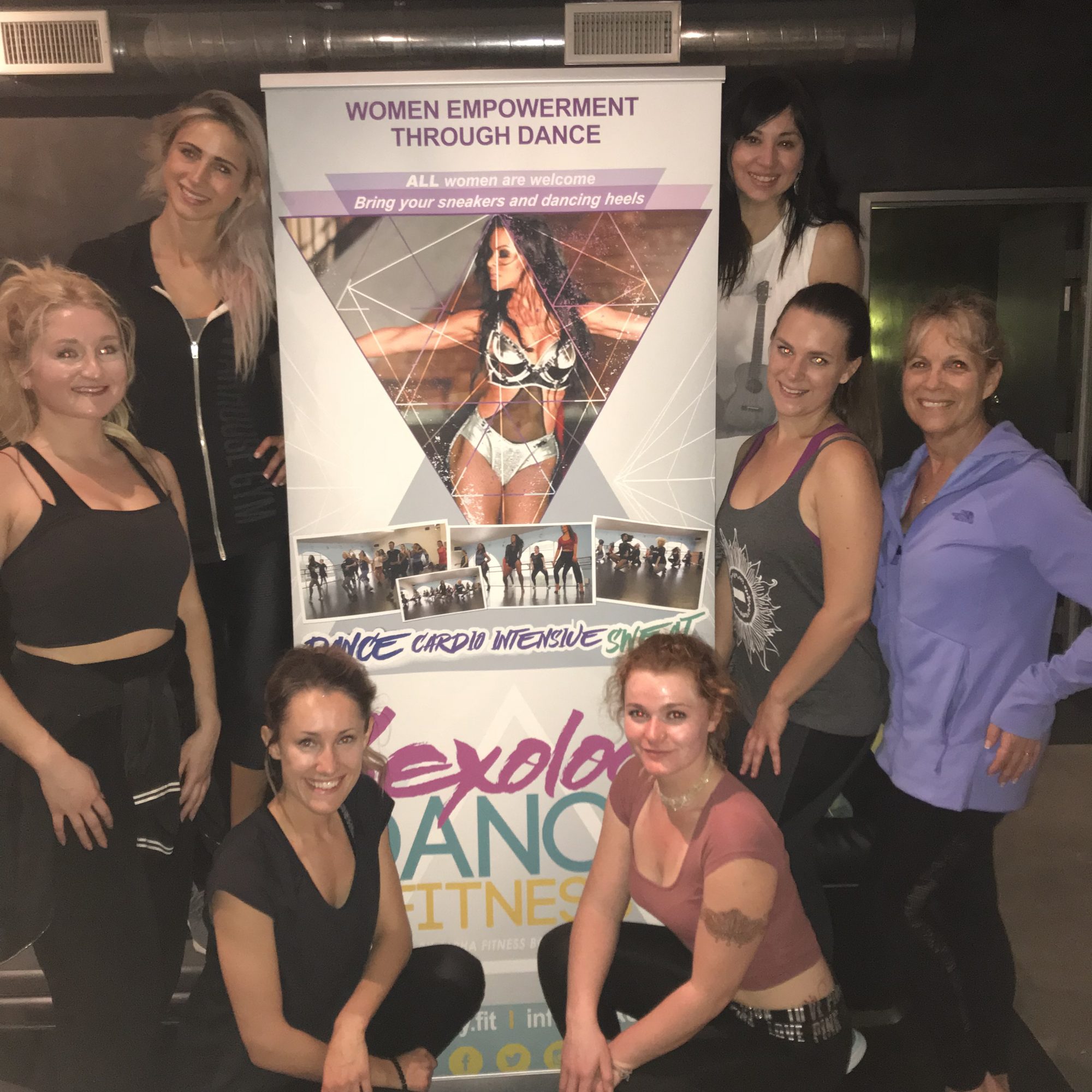 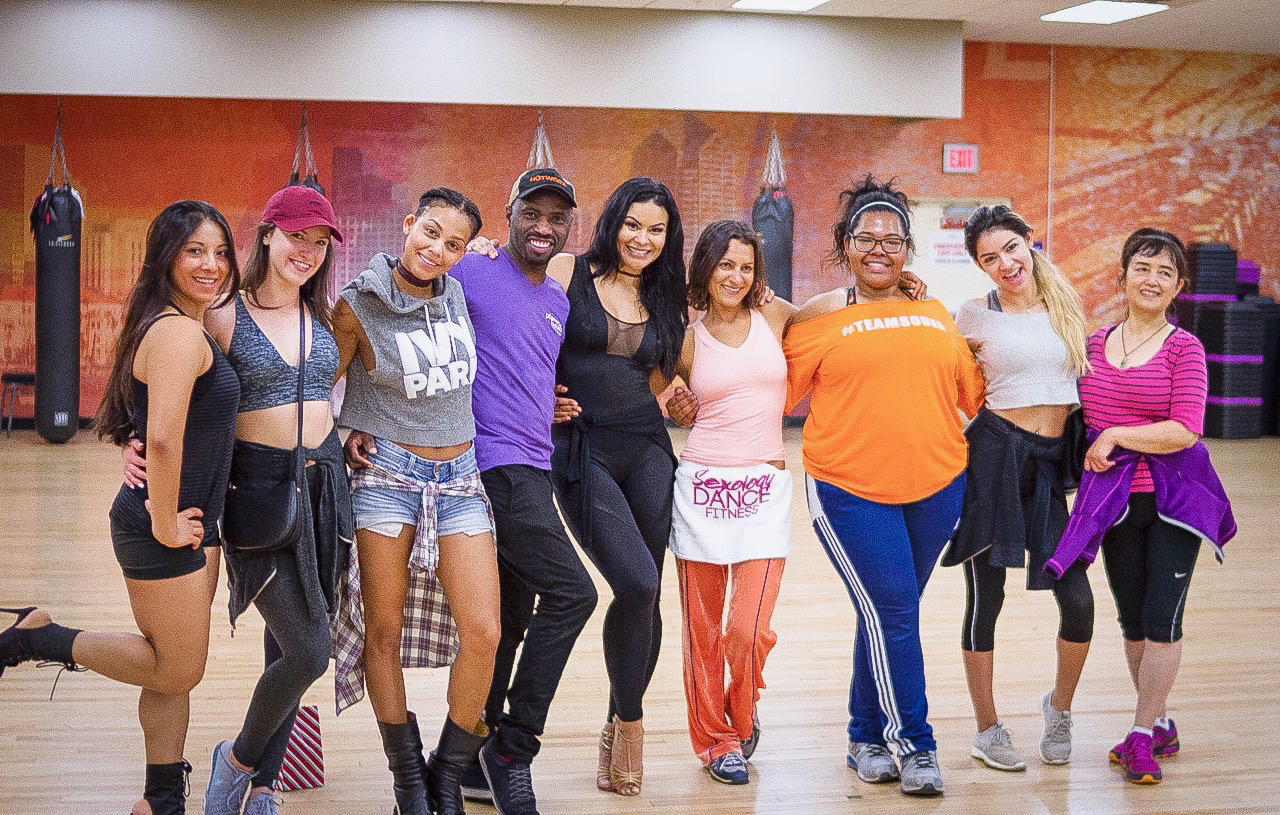 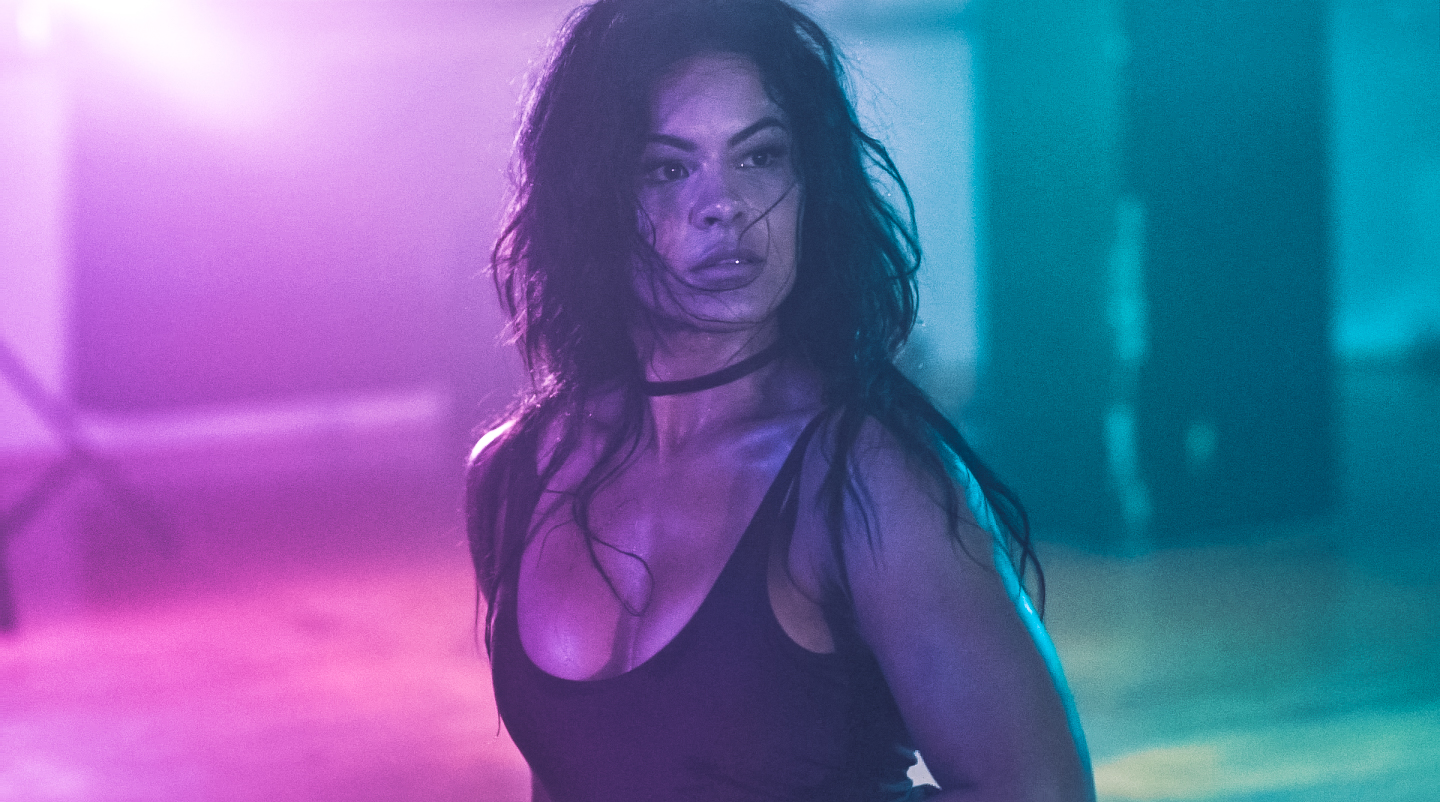 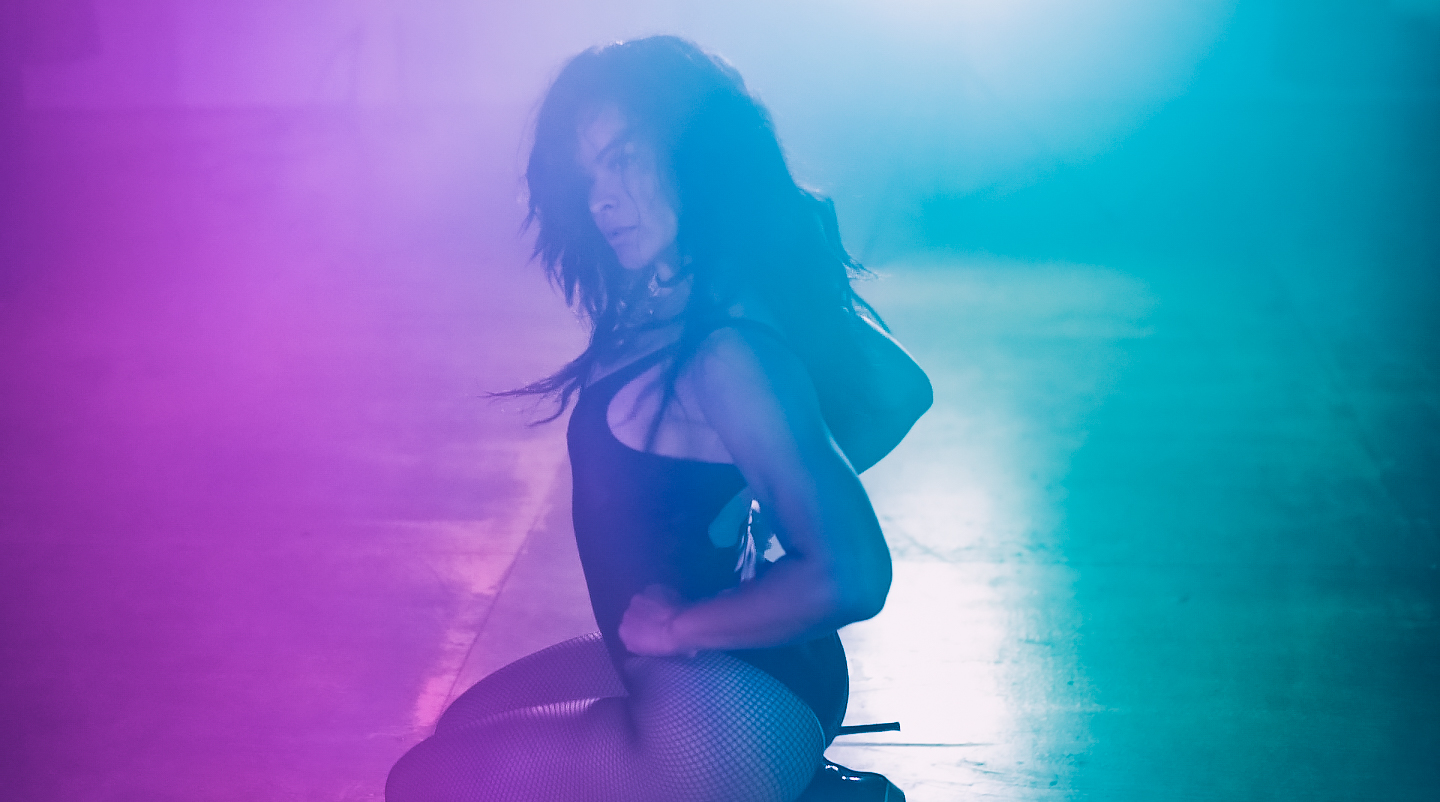 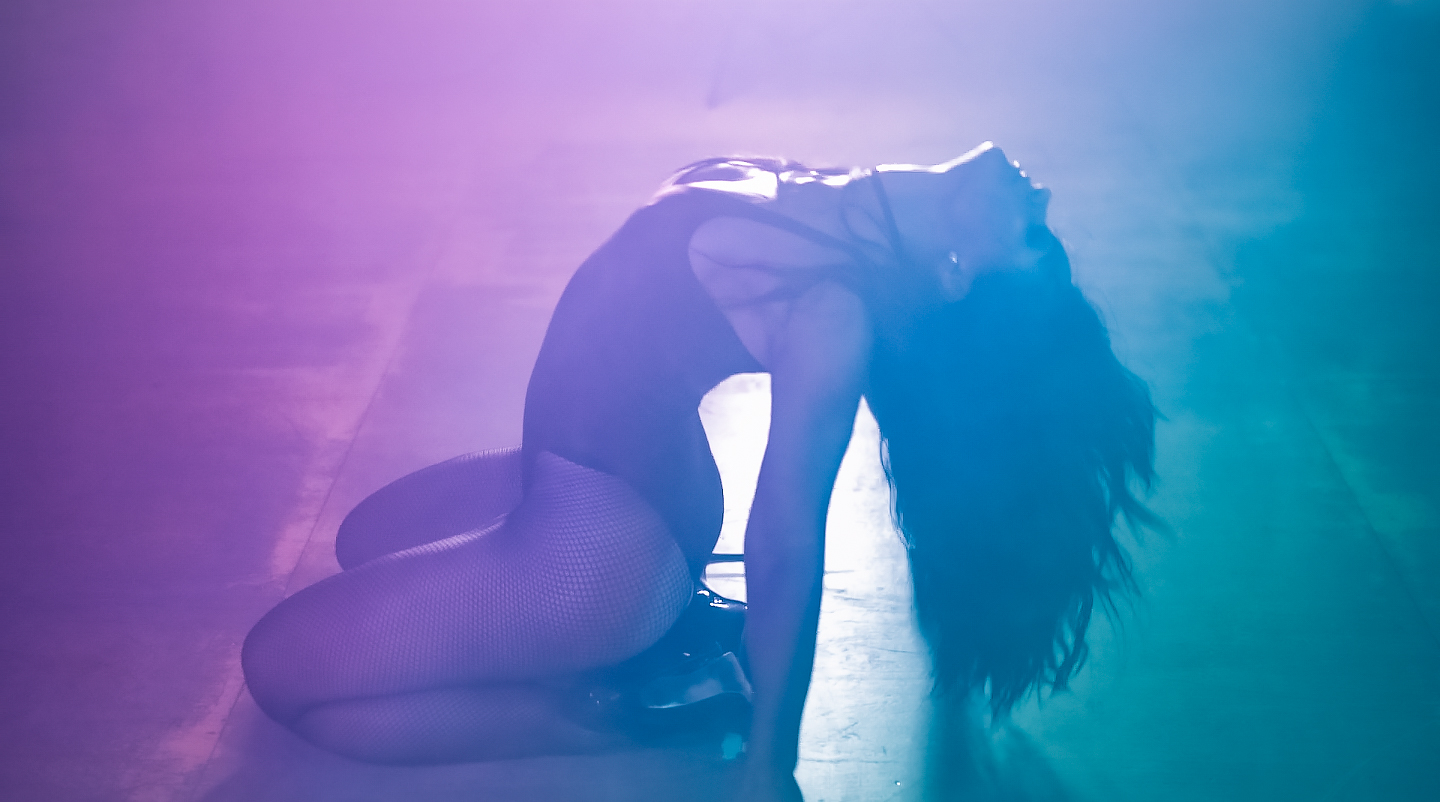 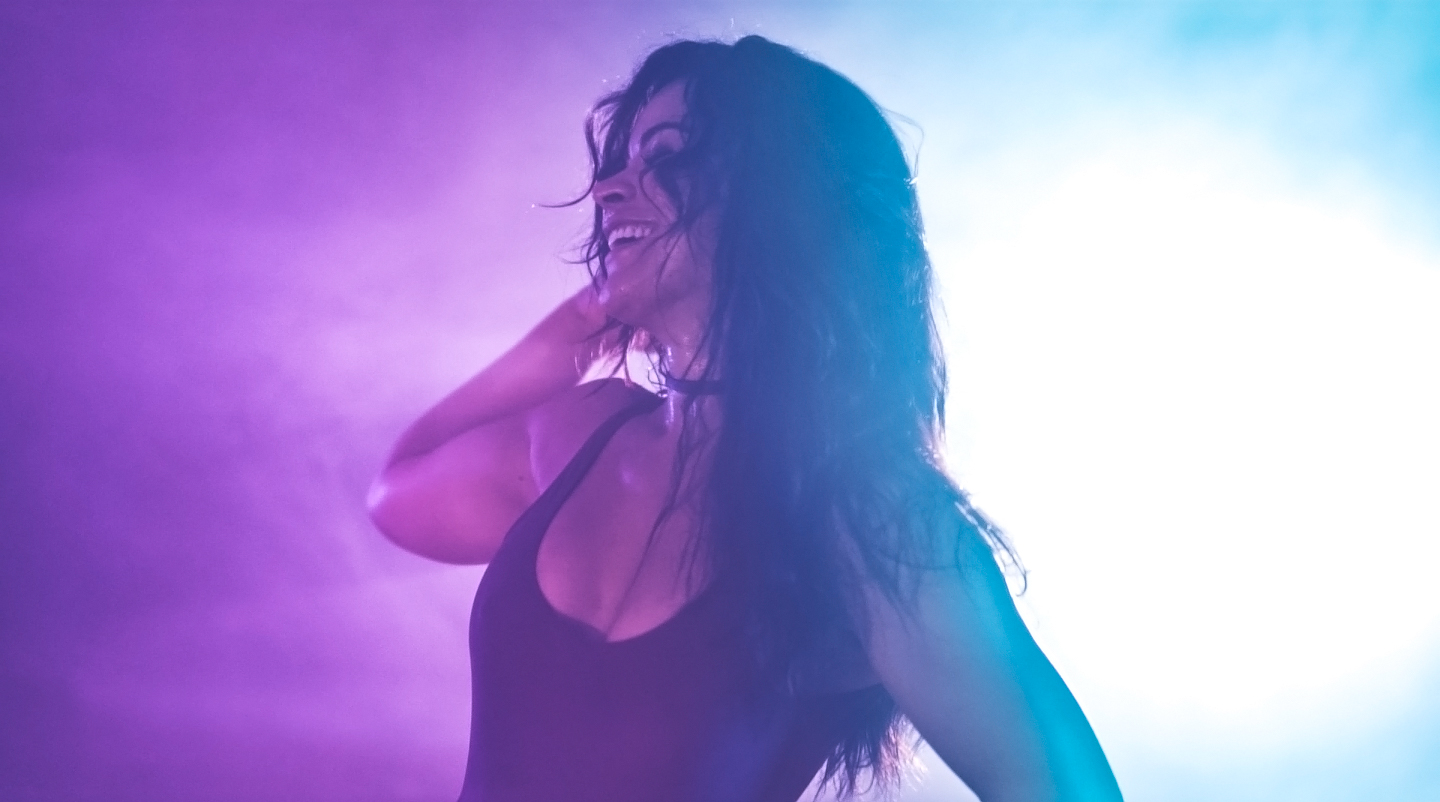 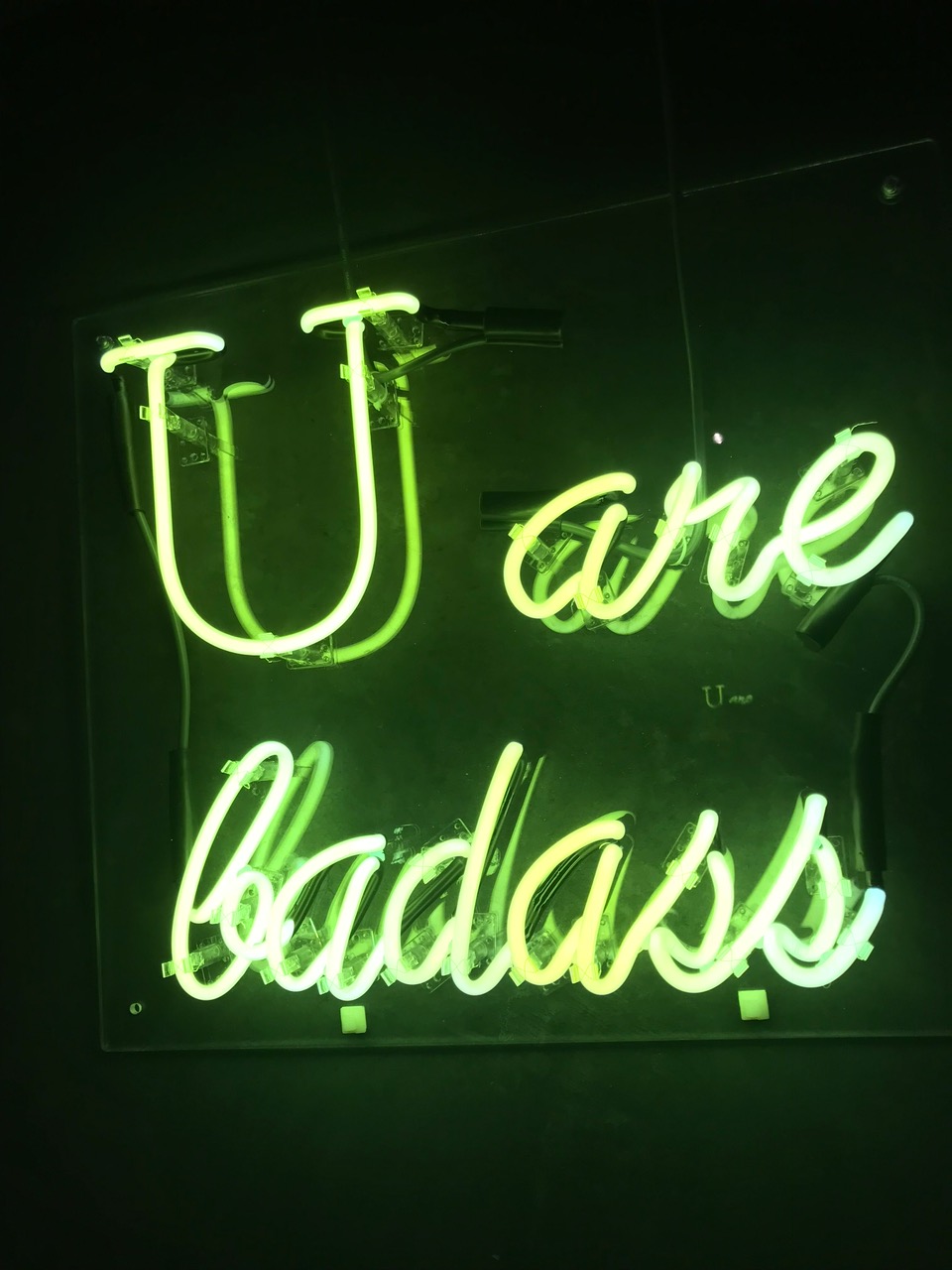 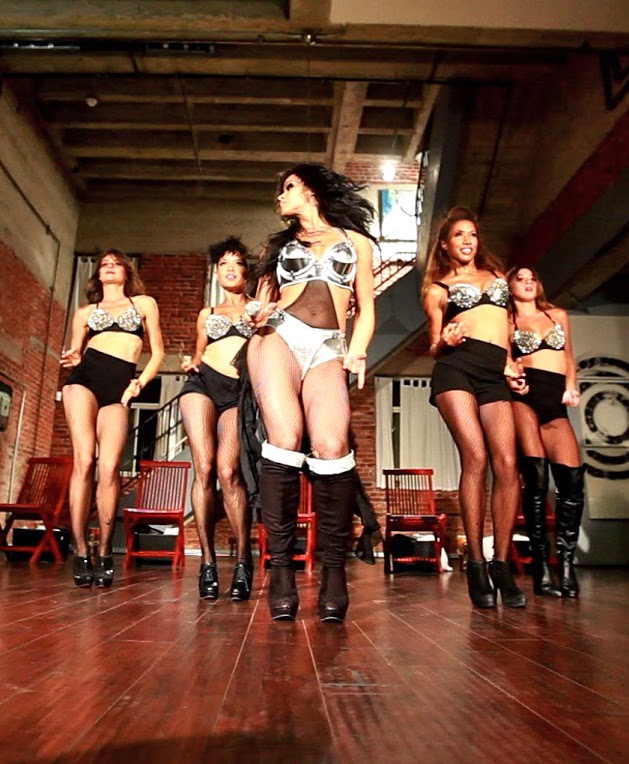 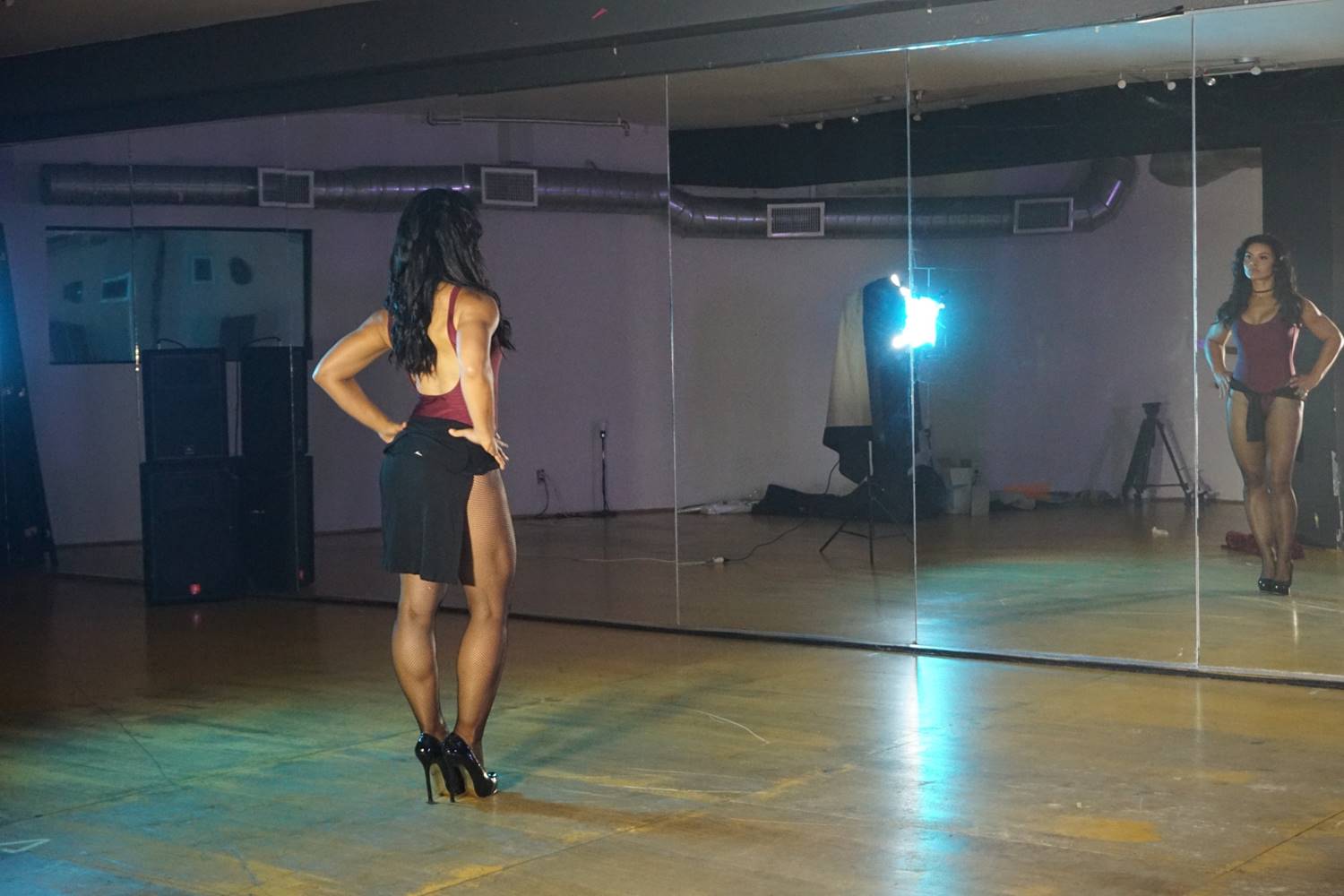 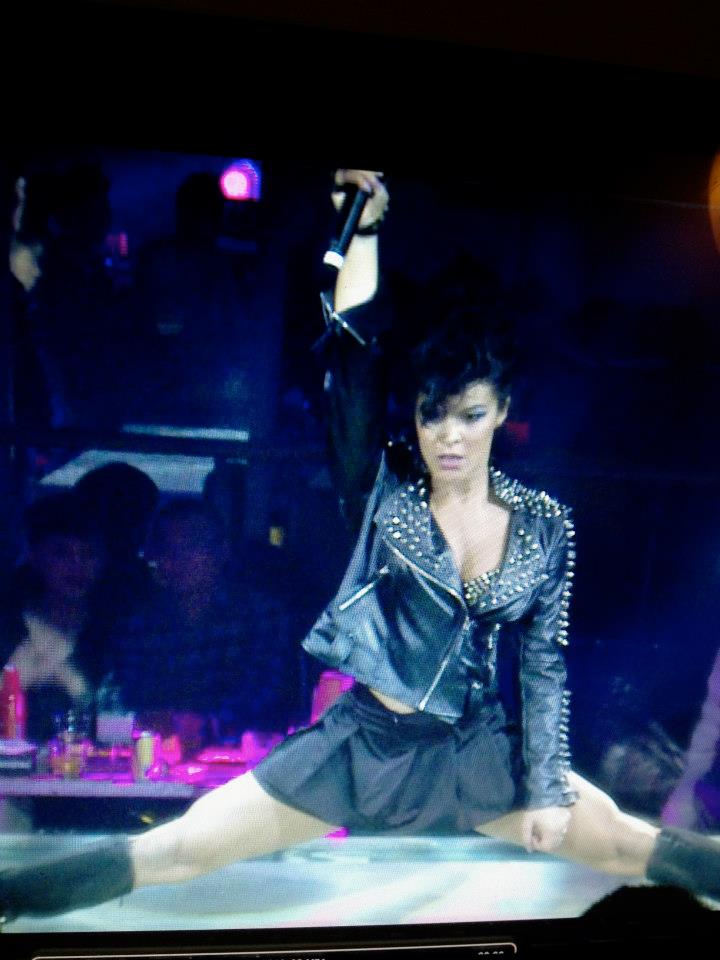 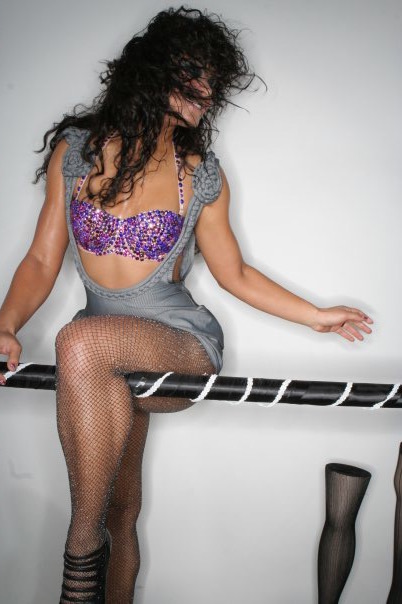 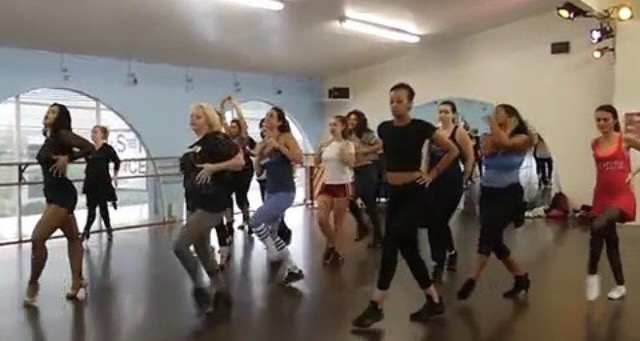 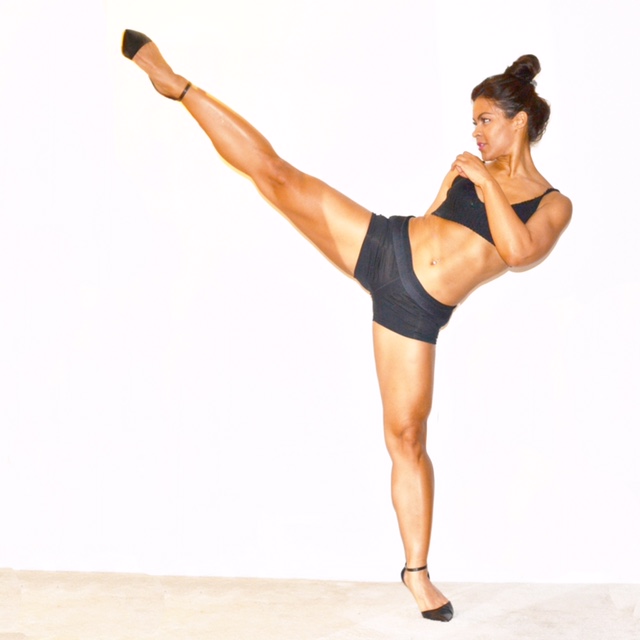 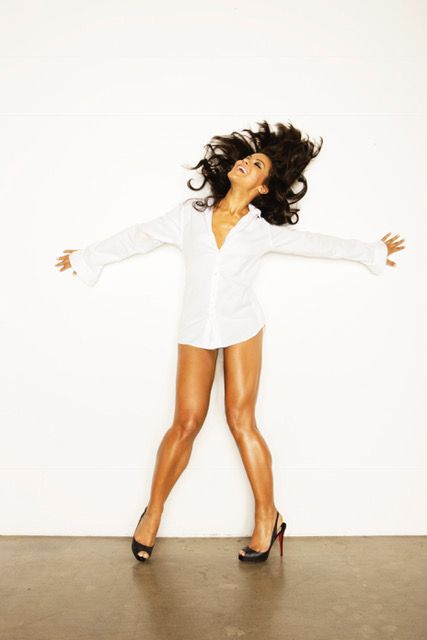