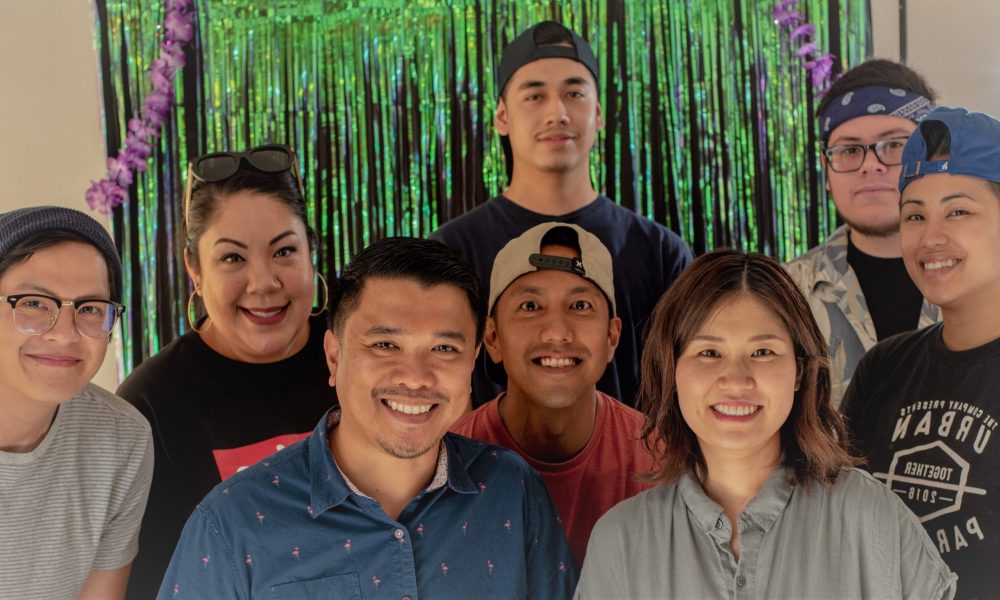 Today we’d like to introduce you to J.R. (JAMBY ROI) Martin.

Jamby Roi (J.R.) Martin’s greatest qualification as head chef at Tatang is that his mother is one of sixteen siblings. That many aunts and uncles mean an army of cousins, nieces, nephews, and everything in between. Feeding that many people from a young age helped prepare J.R. for his role as co-owner/operator of his North Hollywood restaurant, which is dedicated to sharing Filipino flavors and traditions.

Ask any of J.R.’s cousins about his career, and they’d bring up the Staples Center, one of the top-tier venues he has practiced his craft at. He’s no stranger to high-profile locations and events either, as he has beefed up his credentials with the likes of Wolfgang Puck’s SPAGO in Beverly Hills, High-Profile events (GRAMMYS, ACADEMY AWARDS), SPACE-X/TESLA, most major sports organizations/teams (examples: NBA: Lakers/Clippers/Warriors, MLB: Dodgers, MLS: Galaxy/Chivas, PGA: PGA Championships, HORSE RACING: Kentucky Derby) and of course the Hollywood/Film Industry (Paramount Studios), just to name a few. He also holds a degree from Le Cordon Bleu, Pasadena, since no Filipino elder will let you forget the importance of education.

J.R.’s deep roots in the family have stuck with him to this day, as one of his main goals is making visitors feel like they’re more than a guest. This is clear in his menu, a catalog of Filipino dishes presented with a modern twist. The menu teaches diners how to pronounce his offerings, which helps put first-timers at ease. For example, the crowd favorite “Bis-tek” (derived from “beefsteak”), is the beef dish people know and love, but its unique potato string topping is sure to surprise any bistek connoisseur. Whether it’s your first time trying Filipino cuisine or you’re a veteran who wants a new flavor experience, J.R. has a few surprises up his sleeve.

Within the restaurant logo are 16 leaves representing his children. I grew up in the same house as Tatang cooking with and for the family along with my mother (the eldest of the 16).

The restaurant is dedicated to the food techniques and flavor profiles passed down from Tatang to my mother and all the other children. I grew up eating food created not only by Tatang but by all the other children as well. Each week was always someones “something” (birthday, wedding, anniversary, etc.) and a reason for the clan to get together for a celebration. Lots of family and friends in the kitchen making food for usually 30-50 people.

Cooking in larger volume is something I grew up doing and continued to do as I became an adult, inviting guests to my home to hang out to watch me cook, or sometimes when they were inclined to do so, cook with me. The restaurant in North Hollywood is a natural extension of what I would do at home. It felt like the right concept to create in the space: An open kitchen floor plan where all guests can see my team and I, and if they wish, take a seat at the counter to chat while they eat.

Has it been a smooth road?
My opinion: The culinary industry, in general, is nowhere near compared to a “smooth road”.

My experience has had lots of peaks and valleys. More peaks versus valleys, but WOW do those valleys take a toll…

As a father of two daughters (turning 5 and turning 3 years old) and a boy (on the way), I hope that they get to look back and read this when they’re old enough to do so…
— take as many calculated risks as you can in life despite any fears: The return is tremendous and enriching.
— do not put yourself in a position where you will regret your decisions.
— you don’t have to go at it (anything) alone, but sometimes you need to.
— be efficient in utilizing any and all resources.
— your network of family, friends and professional/industry colleagues need to also serve as a safety net for when you need them at critical moments in life: care for them ALWAYS even if you don’t feel like it. They will do the same for you.
— if you find that you are not enjoying your life, make changes as soon as you can. Do something about it.

We’d love to hear more about CHEF J.R. MARTIN — CHEF/OWNER/OPERATOR of TATANG in North Hollywood, California.
What do you do/specialize in:
— I have integrated restaurant/event catering operations and an updated Los Angeles take on traditional Filipino cuisine to provide this unique offering to a generation of Filipinos, Filipino-Americans and Los Angelinos of all kinds of backgrounds/ethnicities who wish to try this segment of food for the first time.

Most proud of as a brand:
— I am part of a small few in Los Angeles who are actively attempting to preserve Filipino and Filipino-American flavors and traditions.
There were A LOT of Filipino/Fil-Am restaurants during the ’80s and 9o’s in Los Angeles. Most didn’t survive. Between the late ’90s and 2010, there was a massive dry spell (lack) of new Filipino/Fil-Am establishments. A new wave (or generation) decided to do what is possible to help resurrect the culture and its cuisine.

What sets me/brand apart:
— ME — With respect to my background in high profile culinary special events… I’m sure most people would rather choose a professional who knows how to throw a great party over basic offerings if given a choice.

— TATANG — The restaurant menu, and overall concept was created with thoughtfulness in an effort to ensure traditionalist (who inherently know traditional Filipino food) and Los Angelinos (who are unfamiliar to Filipino Cuisine and Culture) are able to enjoy something fresh/new.

We’re interested to hear your thoughts on female leadership – in particular, what do you feel are the biggest barriers or obstacles?
I can’t speak for women… however, I hope that my daughters can share with me their challenges (if they ever have any pertaining to the question) when/if the time comes and I hope to be of some assistance and a source of guidance. 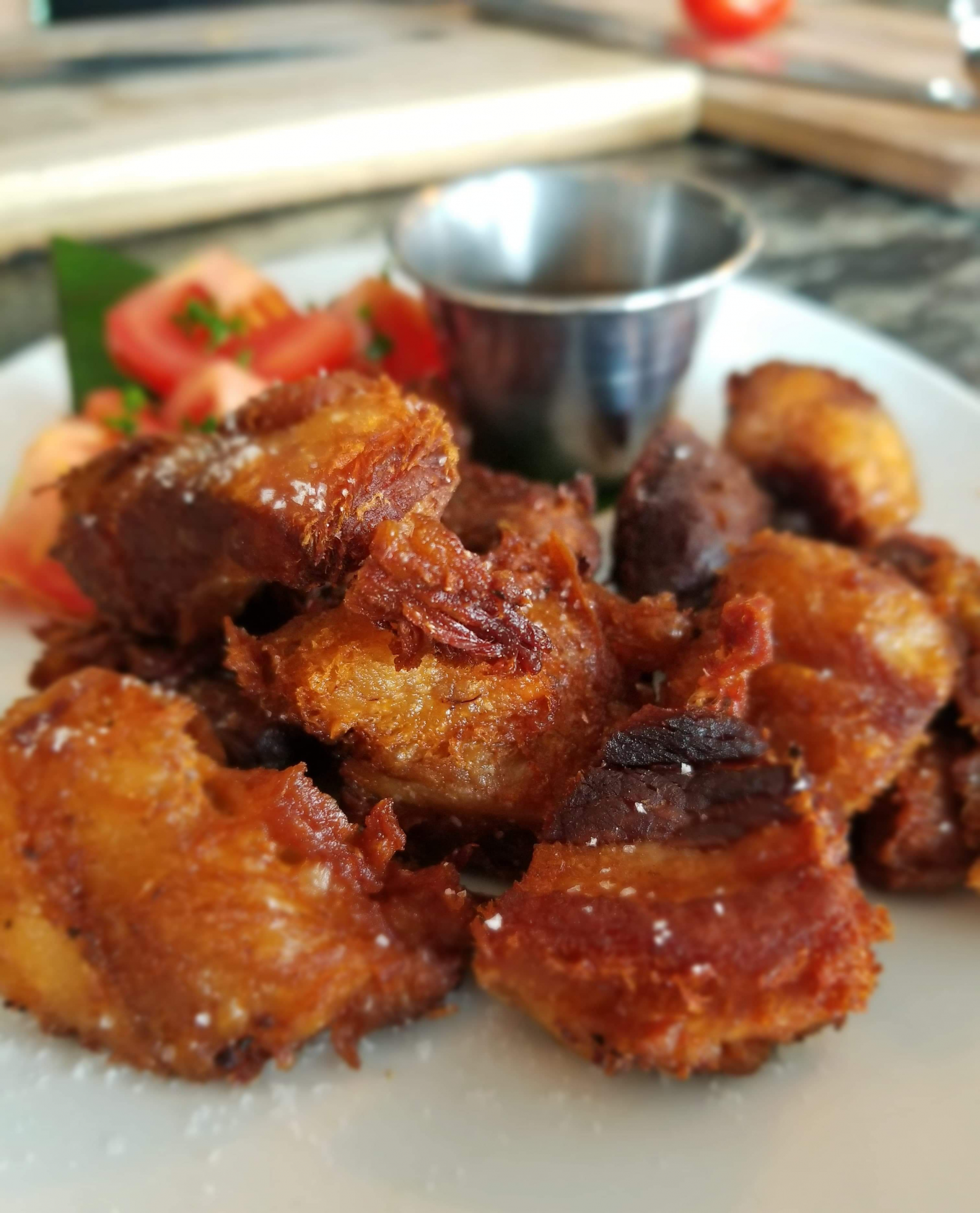 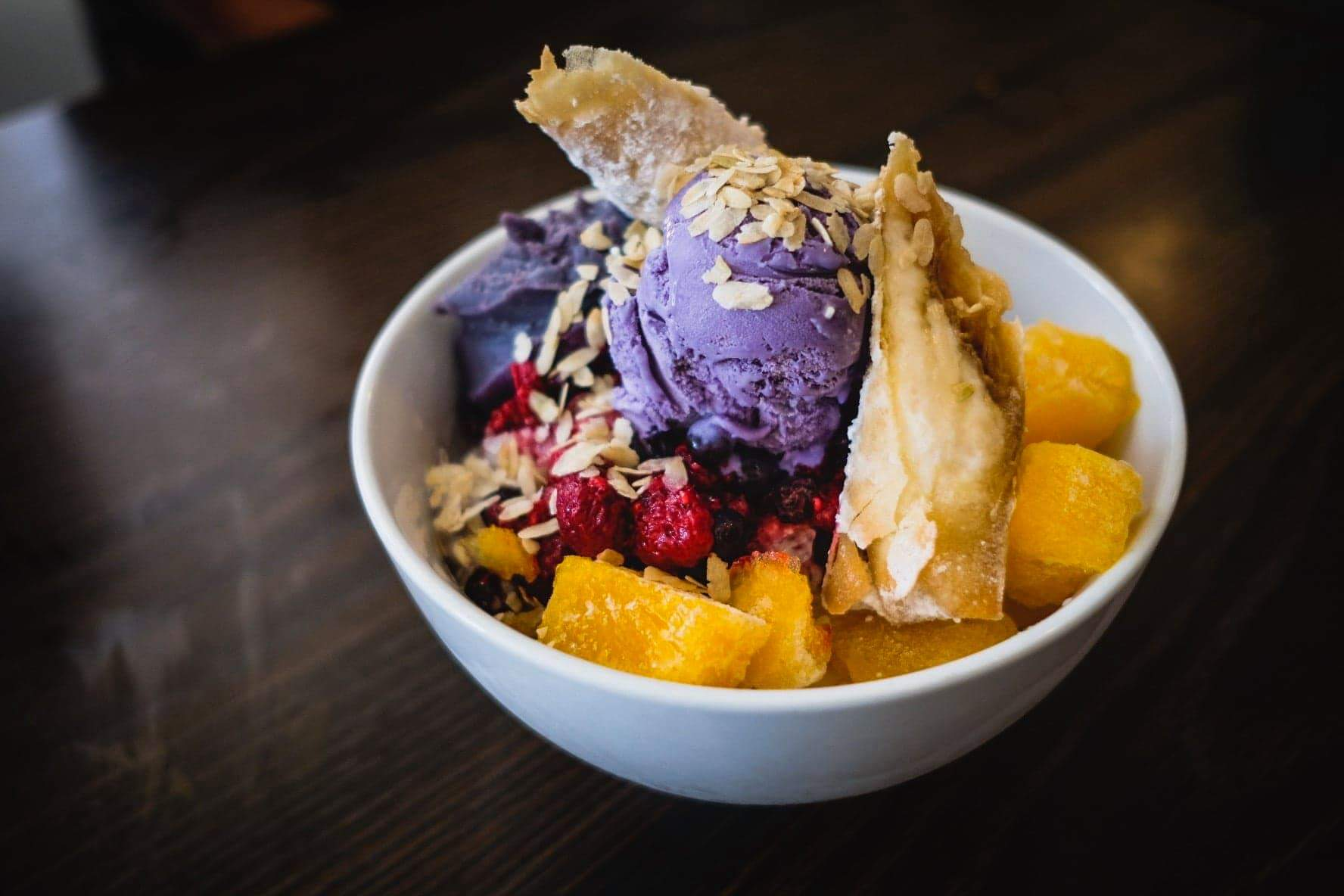 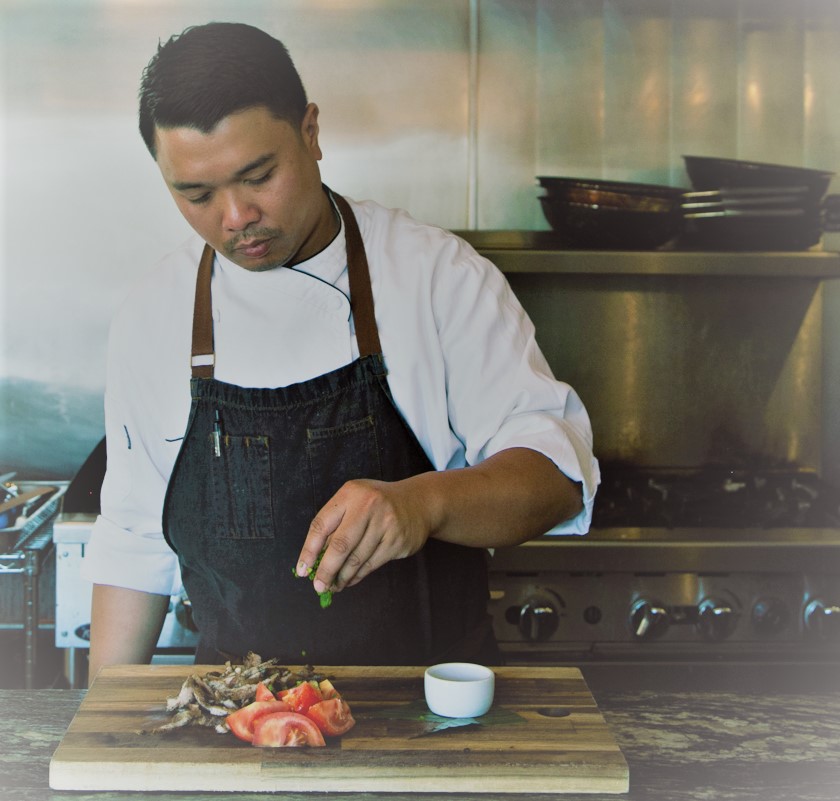 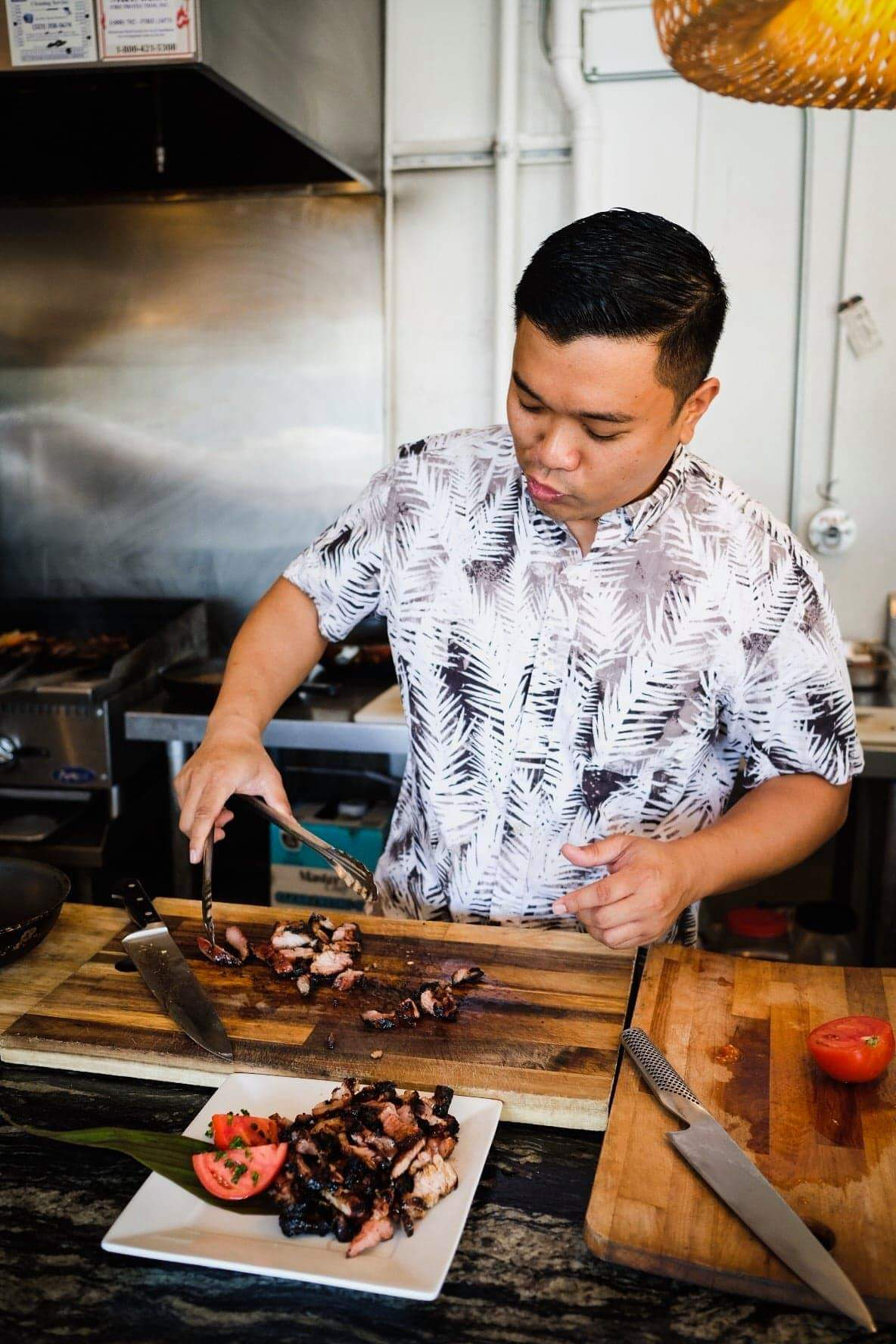 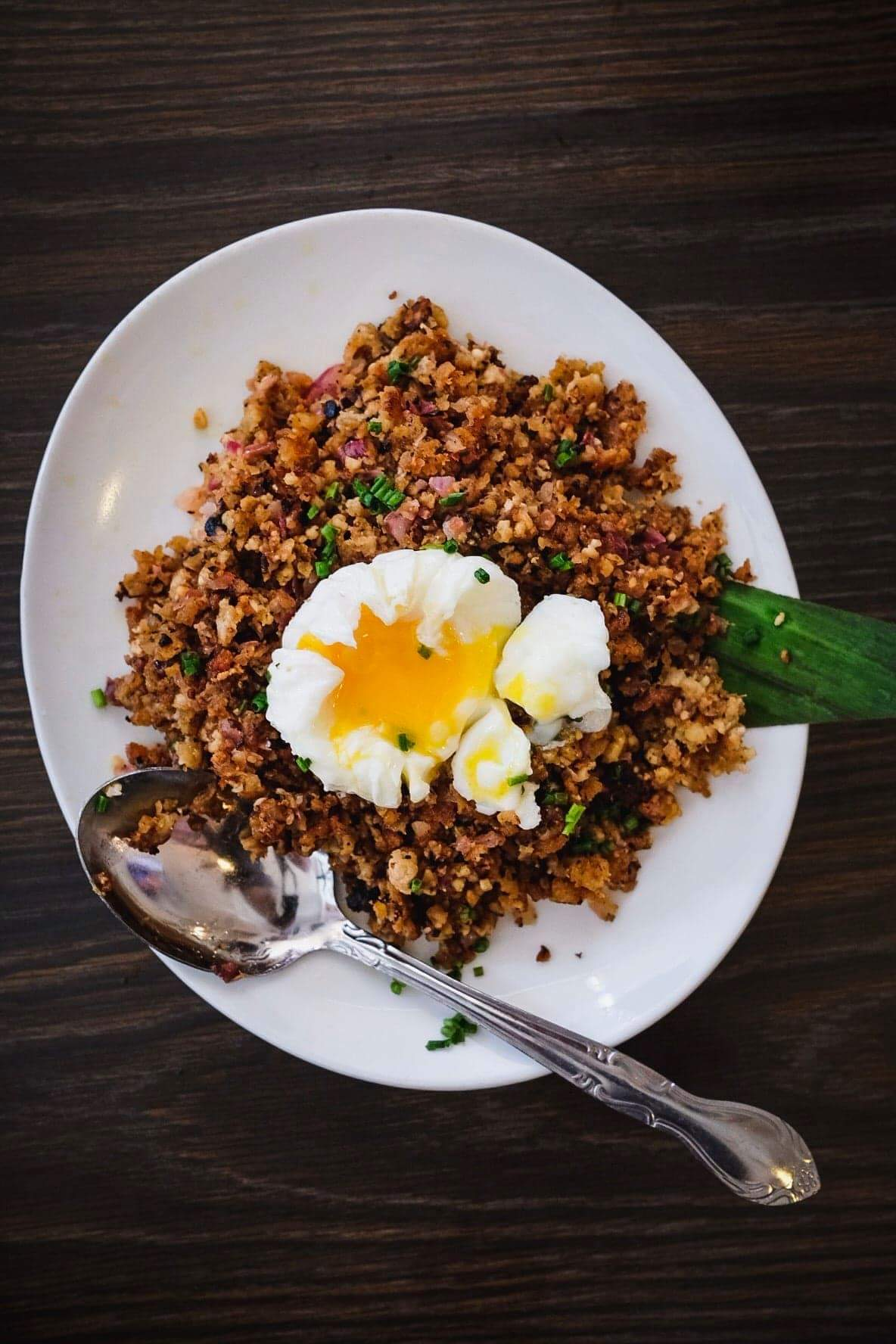 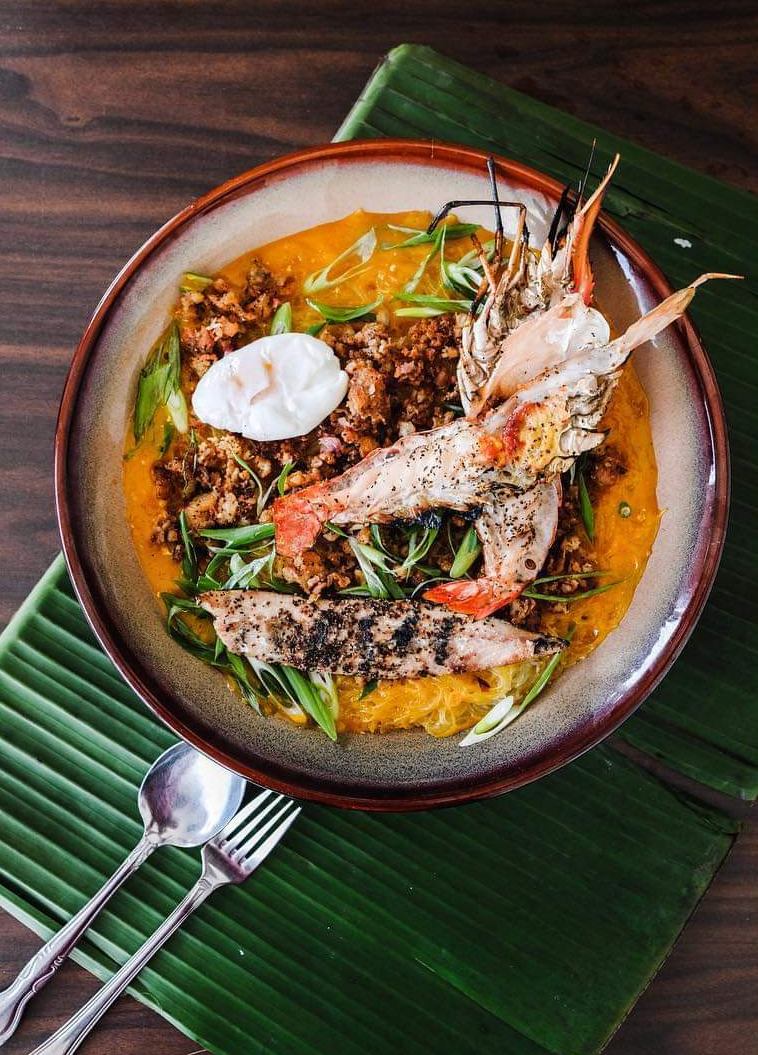 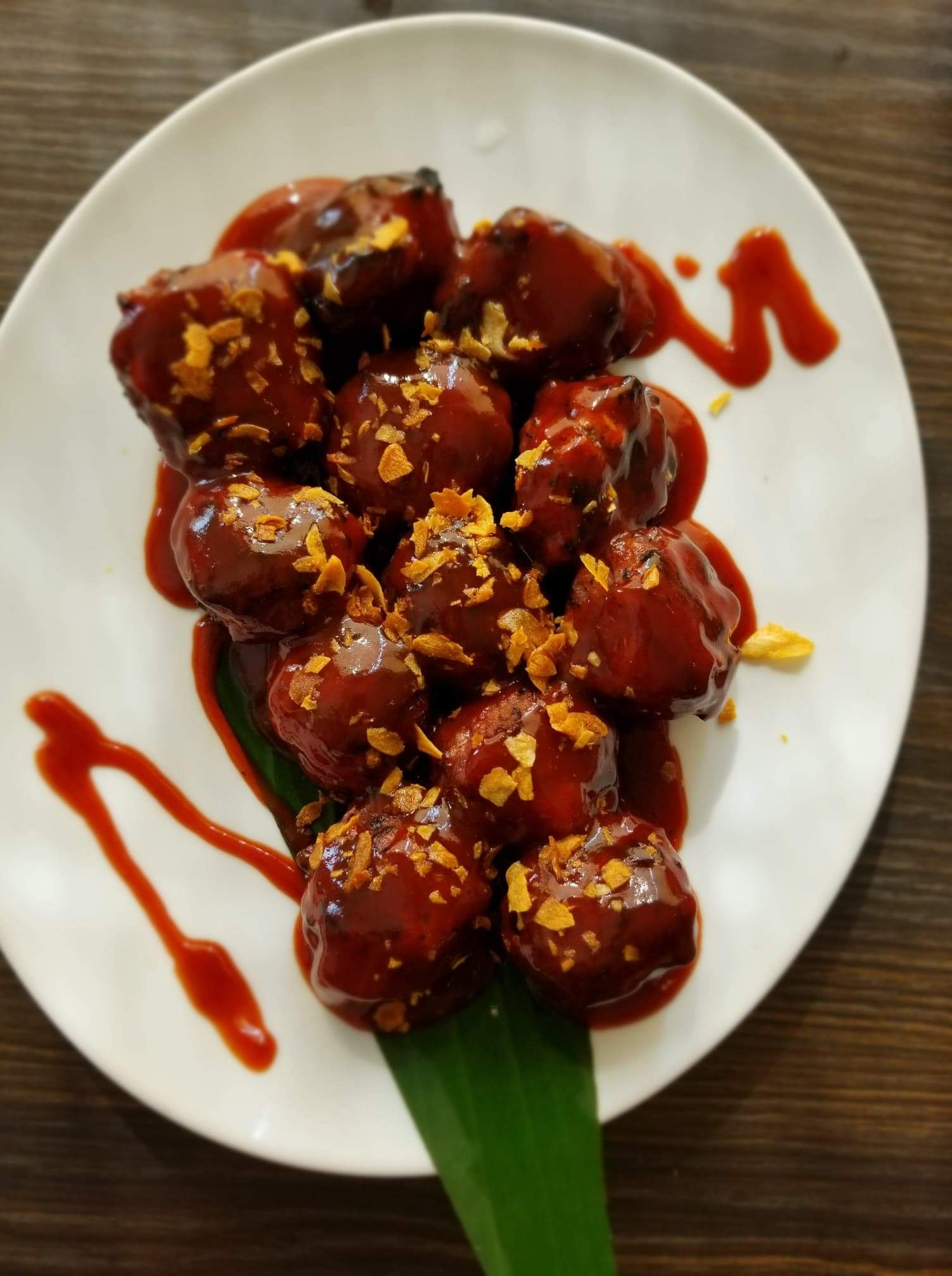