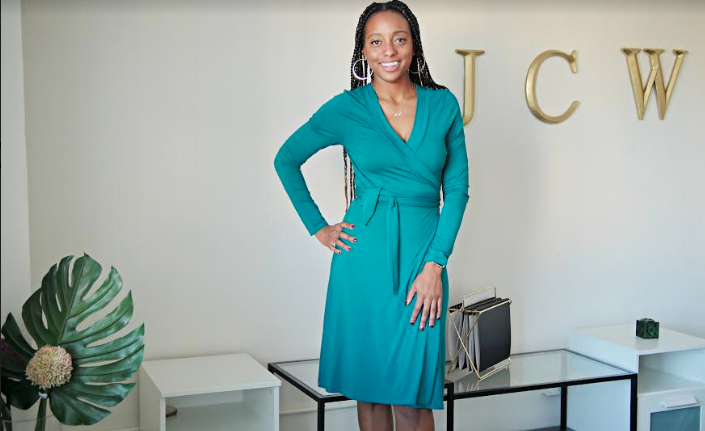 Today we’d like to introduce you to Holly Fuller.

So, before we jump into specific questions about the business, why don’t you give us some details about you and your story.
In 2015, I moved to Los Angeles by way of Atlanta. My initial move to Los Angeles was done at the spur of the moment after I decided to leave my first job in Atlanta at Turner Sports and move to Los Angeles without any employment. I took the chance because I felt the moment was right. Thankfully, within a week of moving, I landed a job at Nickelodeon within their Digital Advertising Department. Working in media was always a goal of mine and I was so grateful to be in the midst of it. A little over a year later I moved into the tech startup world. I brought my background in Digital Advertising to a mobile based startup in Playa Vista. After working in tech for two years, I realized there were not many people who looked like me, an African-America Woman. African-Americans, in general, were far and few between. I thought to myself, we are the main consumers of technology, but we do not have a seat at so many tables.

In 2017, my best friend, Vette Jones, expressed to me she was quitting her job as a tech recruiter in order to start her own recruiting business. Her plan was to call it JONES & CO. WORKS. Her vision was to create a company which not only recruited engineers in tech, but also focused on diversity by placing women and minorities engineers in tech. Eureka! And there was my answer, I wanted more diversity in the workplace and here was my chance to help make it happen. We then became business partners and I was named the COO of JONES & CO. WORKS and she the CEO. JONES & CO. WORKS has been one of the most rewarding opportunities of my life. Placing women and people of color in roles they are passionate about is what I was born to do.

In 2018, I founded a girl’s mentoring program called Welcome to Womanhood. Welcome to Womanhood is a group mentoring program serving middle school-aged young girls between the ages of 12-14 years old. Students enrolled in the program participate in a variety of interactive activities including group/panel discussions and team-building exercises. The workshopsinclude topics on self-esteem, financial literacy, college prep, personal hygiene, proper etiquette, computer coding, plus more! Welcome to Womanhood focuses on teaching girls the topics they don’t necessarily learn in school, but need in life. In June, we completed our first year of mentoring girls! I look forward to touching more and more lives.

Great, so let’s dig a little deeper into the story – has it been an easy path overall and if not, what were the challenges you’ve had to overcome?
My journey has not been easy, but it’s been worth it. A number struggles have come our way as a women-owned business, in particular, an African American women-owned business. Our goal at JONES & CO. WORKS is to partner with companies to fill their open engineering positions with diverse candidates. Being as though, we are still a new business, women, and minorities we have to work twice as hard to prove ourselves. My advice would be to young women who want to start a business: yes, you will more than likely receive far more “no’s” than “yes’s” but never allow the “no’s” to make you feel less than or that the mission of your business is not needed or good enough.

Alright – so let’s talk business. Tell us about Jones & Co. Works – what should we know?
JONES & CO. WORKS (JCW) is a women and minority-owned business staffing the digital, tech, and entertainment industries. Our talented candidates are ambitious and take on some of technology’s greatest challenges from architecture to infrastructure. We are a niche supplier for over thousands of engineers including IT, electrical, software, hardware, mechanical, designers and much more for Direct Hire and Temp placements nationwide. JONES & CO. WORKS specializes in sourcing women and minority candidates for all engineering roles, which are roles more commonly filled by white males.

According to TechCrunch.com, in 2014, Google reported it was 61.3 percent white and 69.4 percent male. Fast forward to 2019, and Google is 54.4 percent white and 68.4 percent male. As you can see, not much has changed. I’m proud of the fact, JONES & CO. WORKS is pushing those boundaries and challenging the status quo when it comes to actually holding tech companies accountable for not shifting the paradigm regarding hiring more women and minorities in technology.

We stand a part from other recruiting businesses because JONES & CO. WORKS is not only recruiting skilled, polished and proficient individuals we are also helping companies meet their goals of hiring more diverse employees. Both entities benefit.

What’s the most important piece of advice you could give to a young woman just starting her career?
My advice to any young woman starting her career and/or business would be it is okay to ask for help. As women, we oftentimes place the entire world on our shoulders and carry it without asking for a hand. No one makes it to the top alone. It is okay and acceptable to make mistakes, be honest and vulnerable. Women are stronger and unstoppable, together. 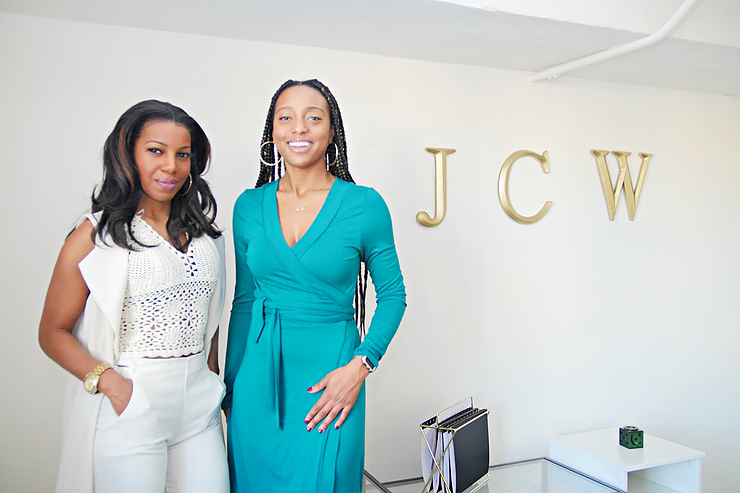 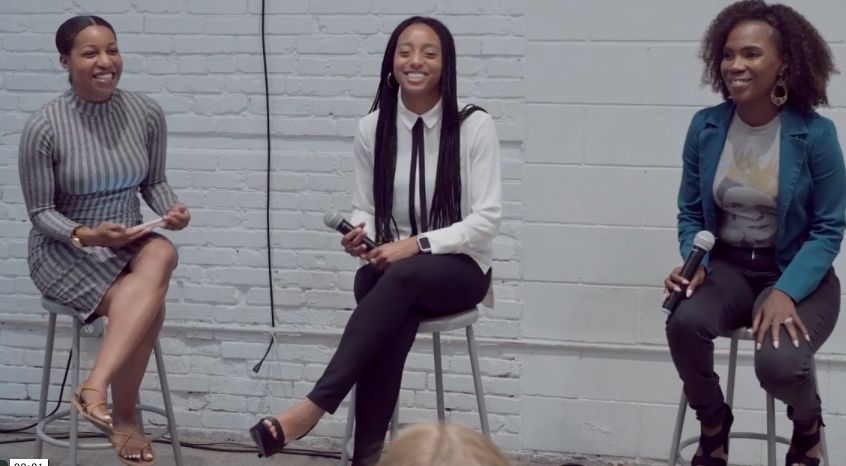 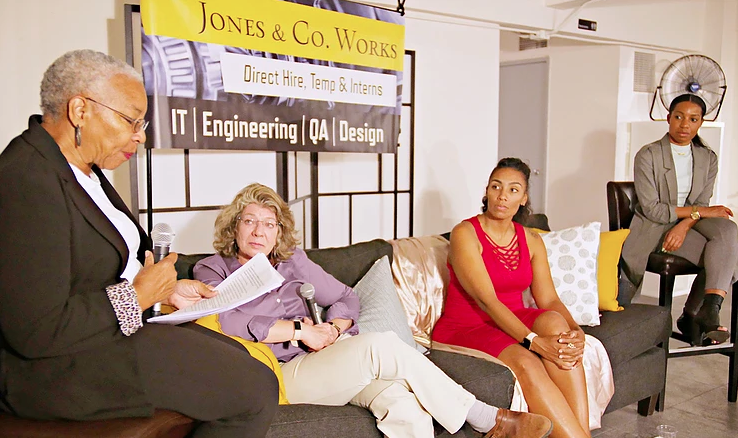