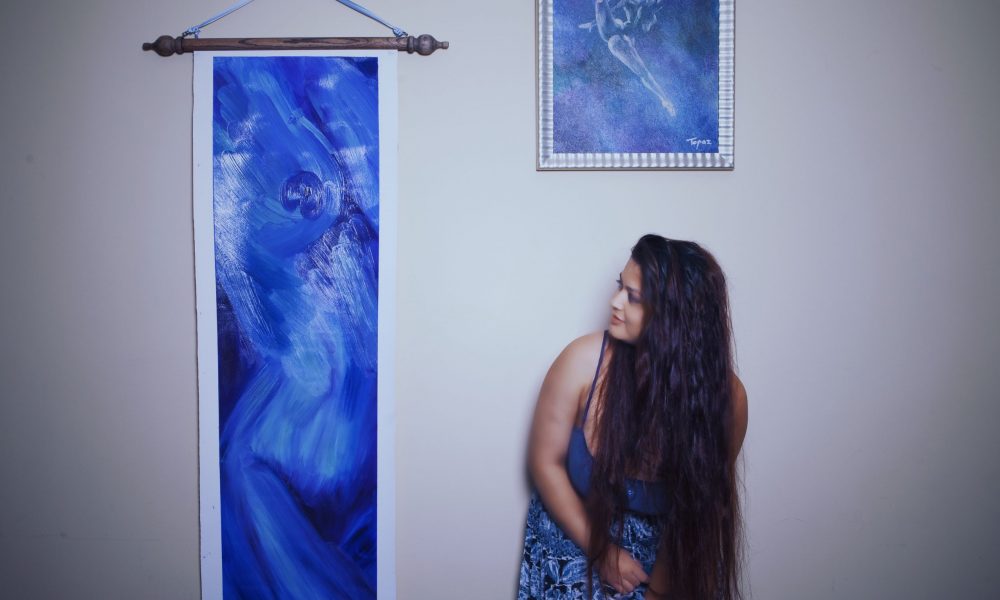 Today we’d like to introduce you to Topaz Peretz.

So, before we jump into specific questions, why don’t you give us some details about you and your story.
To start off, I’m a half Israeli, half Indonesian Pansexual woman that was born and raised in the suburbs of London. So, to rephrase that, I’m a half Jewish, half Muslim woman that was put into a Catholic school, and if that wasn’t enough to anger the elders, let’s just add being openly gay all on top of that.

I’m that crazy person that knew what career I wanted to pursue at age 12, and since then, learnt the craft of the film industry at every job. My main goal has always been “Film Director”, and so, to me, I felt that as someone who controls the whole set, picture and outcome, I should know how to do every single job from Development, all the way to Post-Production, and so, I’ve done every job, from PA, to writer, to storyboard artist, wardrobe designer, editor, gaffer, grip, production coordinator, scripty, you name it. However, the main work during the learning process that I felt was imperative, was acting. My true belief in Directing, is how can you Direct an actor, if you yourself do not know what an actor goes through, thinks, and essentially have a fundamental understanding of their training? With this, I did two years of professional acting whilst still in London, and took a play to the Edinburgh Fringe Festival (a widely respected festival for actors in Europe).

I studied Film in New York Film Academy, graduated January 2018. A few months later, I had my short film (Directed, Produced, and Written) screened at the Cannes Film Festival 2018’s Short Film Corner. With that, my network grew exponentially, which came with a wonderful amount of offers.

The Short Film acted as a Proof of Concept for the full Feature Film. The Feature: “Tainted”, now fully written, is in development and funding stages. A little background on this particular film: It is a psychological thriller that deals with the hard topic of pedophilia. I did two and a half years of research on the subject – interviewing perpetrators, victims, family members of perpetrators, family members of victims, along with secondary and tertiary research too – with many findings that most professional psychologists are currently unaware of. I’m currently in the process of reaching out to top psychologists and neuroscientists around the globe, to discuss my findings, and have legitimate research and backing from the correct professionals on this. The reason I took the time and emotional bandwidth to go through and sieve through such a topic, is to prevent children from being harmed. We’re at a state in society, where we prosecute and punish pedophiles, which, of course, is much needed. However, the children intertwined with this, have already been harmed. As a society, we’re dealing with the symptom, my goal is to tackle it from the source – and in turn, prevent children from being harmed in the first place. So, with this film, I will show how a person can even harbour such thoughts, so that the audience/society, can spot these behaviors in the people that surround them and their children.

Alongside this, I am Directing, and co-Producing a feature film currently in Development, titled “Dollhouse”, written by the amazing Anna McLain. It is a psychological thriller that deals with PTSD and an array of mental illnesses, to shed light on the after-effects of sexual assault, and coping mechanisms, whether it may be destructive or genuinely progressive for one’s health. What’s interesting about this film is that it’s also an LGBT film, however, not the standard LGBT film. Let me explain: most LGBT films are coming out stories and being part of the community, I have been thriving off of the outbreak of this content in cinema. However, now, it feels as though, that’s the only LGBT film that can be made. Being LGBT is not an entire personality, but simple a fraction of what makes a person. And so, “Dollhouse” is not a typical LGBT film, but rather, a film that deals with painstaking issues, where the lead characters just happen to be gay. No attention is brought onto their sexuality, just like almost all other films, do not focus on the characters “being straight”.

So, with these two wonderful films in the process of being funded, I am scriptwriting: (1) a period war hero piece, based on the true story of the unfolding of Indonesia’s Independence, (2) a dark gangster comedy, & (3) an animated family piece on family love and connection.

To backtrack slightly – Whilst graduating with my film degree, I became aware of the art industry. I’ve been painting since a child. I may possibly have come out the womb with a paintbrush in hand, it wouldn’t surprise anyone. Yet, it never occurred to me, that I could make a career out of it. Since then, I’ve gotten a collection of my Oil Pieces in the only seven star hotel in the world, in Bali, which brought me such a strong Asian clientele, and network of Indonesian royals & dignitaries that seem to resonate with my work. Within less than two years, I’m selling pieces from $18K USD to $73K USD. Now, I’m working on bringing my work into Western culture, and will kick it off this coming November 14th, 2019, with an event, hosted by John Varvatos’s company, in Orange County. It will be an all immersive celebration of art, and I cannot wait to expand my art career into the Western world.

We’re always bombarded by how great it is to pursue your passion, etc – but we’ve spoken with enough people to know that it’s not always easy. Overall, would you say things have been easy for you?
Absolutely not, as I’m sure, is the case for most.

I was eight years old, raising my sister – that meant diapers, waking up every two to three hours every night to make sure she was breathing, as the most common fatality in babies is suffocation whilst sleeping. It meant getting her ready for school, doing homework with her, teaching her, fixing her scrapes and bruises. It meant picking her up and having her sitting on my hip until she was eight – I was sixteen, which of course brought on very early physical back problems I’ve worked through.

Issues in the industry: Interestingly, being gay, for the first time, is no longer a hindering issue with this particular industry. Thank god, I can breathe a little on that. However, I’ve faced some extreme boundaries, caused due to sexism and ageism. That is why, with my film “Dollhouse”, we will have an all-female crew, to peacefully protest the lack of women hired for work in the film industry and the gender pay gap in all industries.

We’d love to hear more about your work and what you are currently focused on. What else should we know?
What I do is Write, Direct and Produce. However, what I specialize in is Directing. I’ve had experience directing commercials, music videos, and films, and for me, nothing compares to feature films.

I would say, what sets me apart, is that I will only create a film that has a message. A real underlying societal message, something to improve the world.

With my Oil Paintings, it’s about showing the beauty of the world. Showing love & vulnerable emotion that connects the viewer in a visceral way. Bringing new perspectives, and finding a way to fall back in love with life and what it offers.

So, what’s next? Any big plans?
I know I’ve made it, once I no longer write or produce, and solely Direct films. Directing has always and will always be my true love and passion, and what makes me enjoy living. 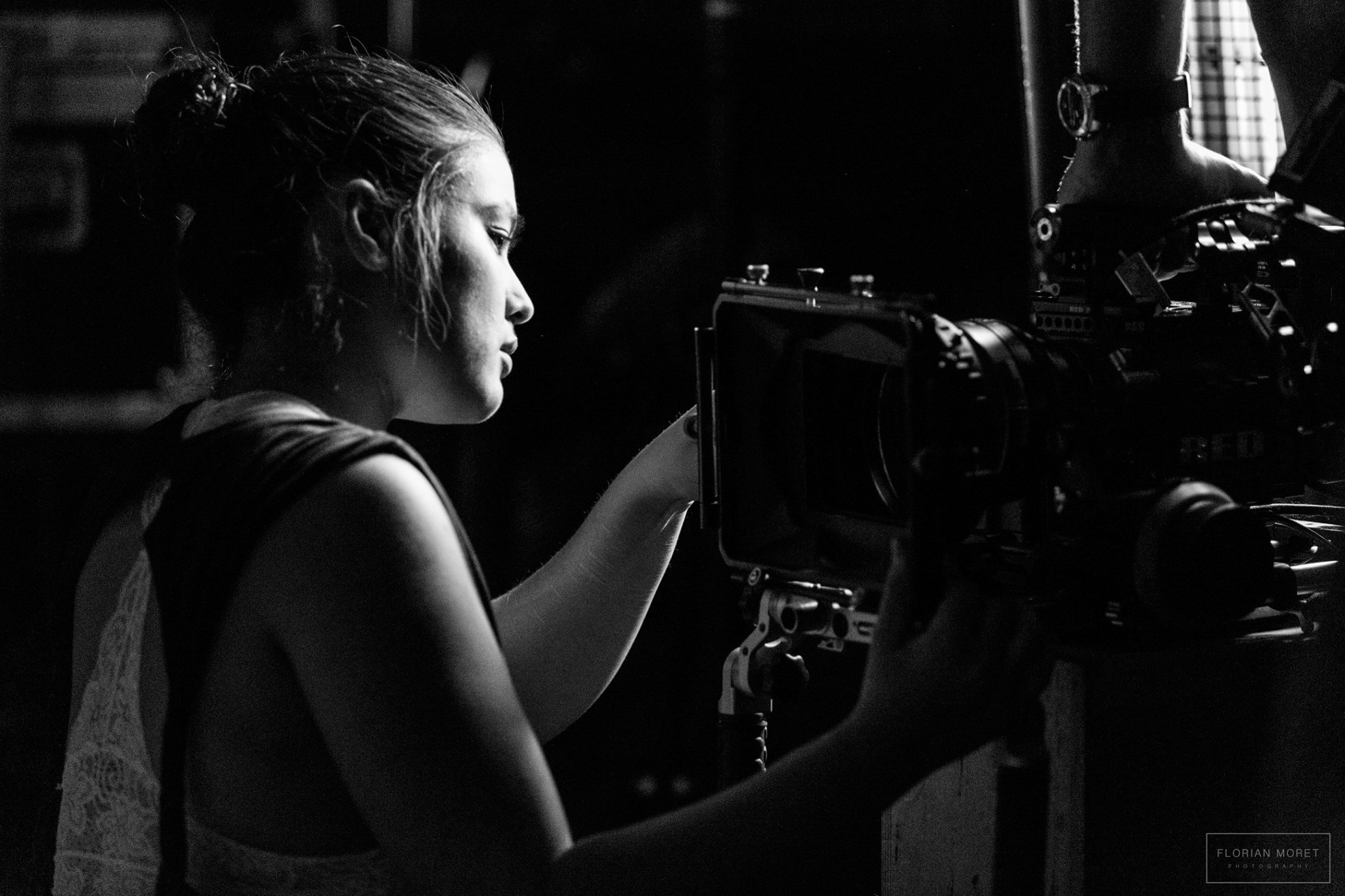 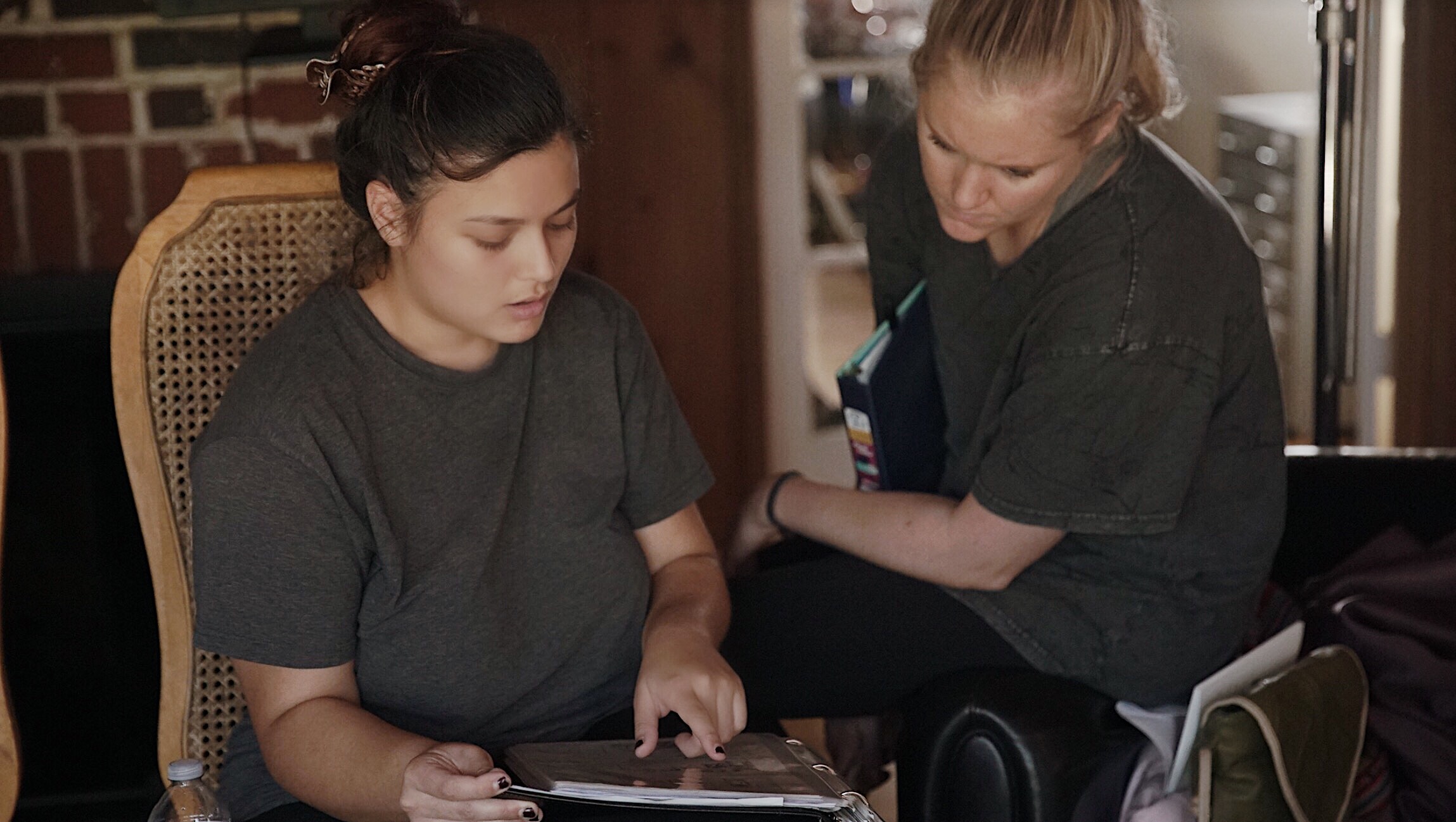 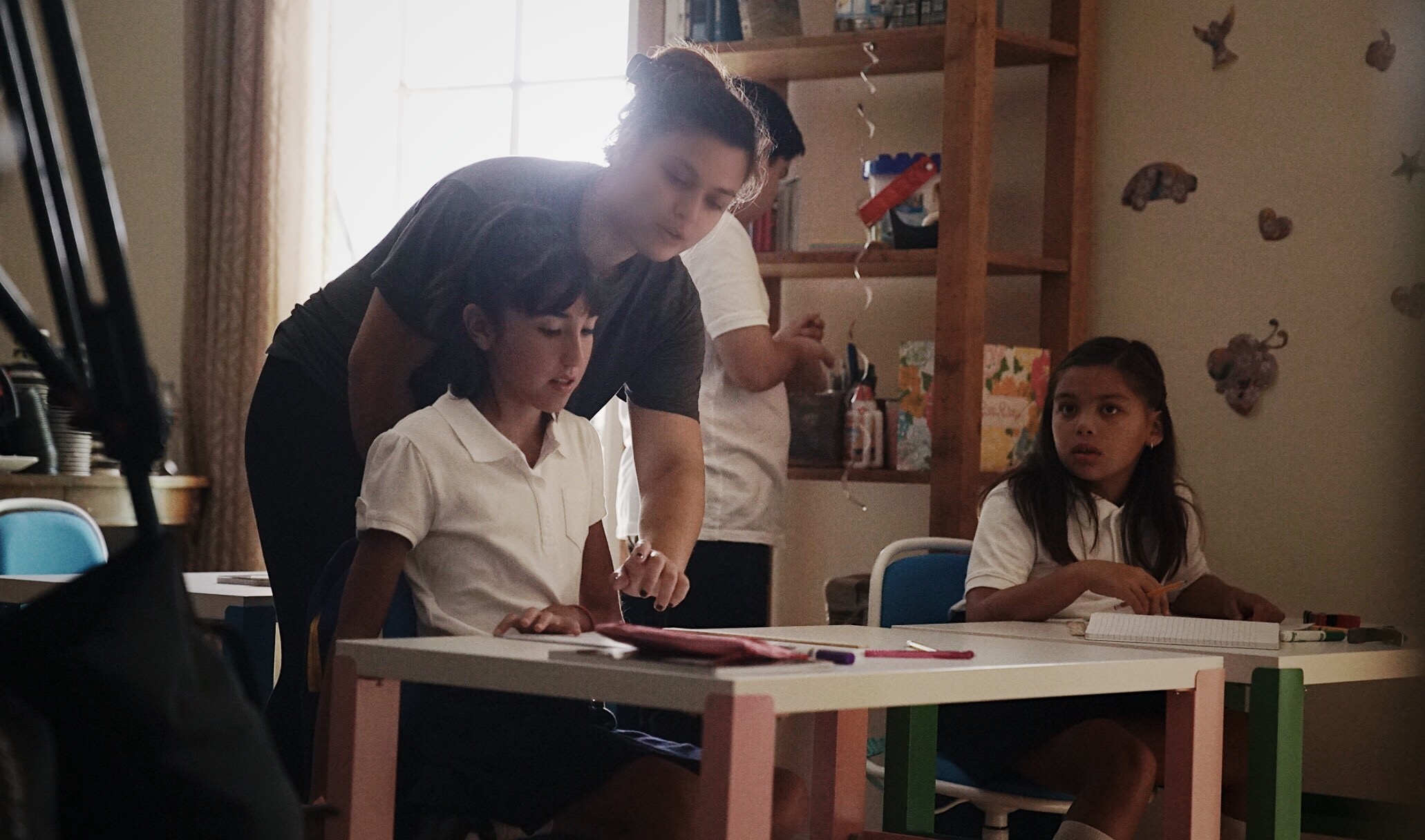 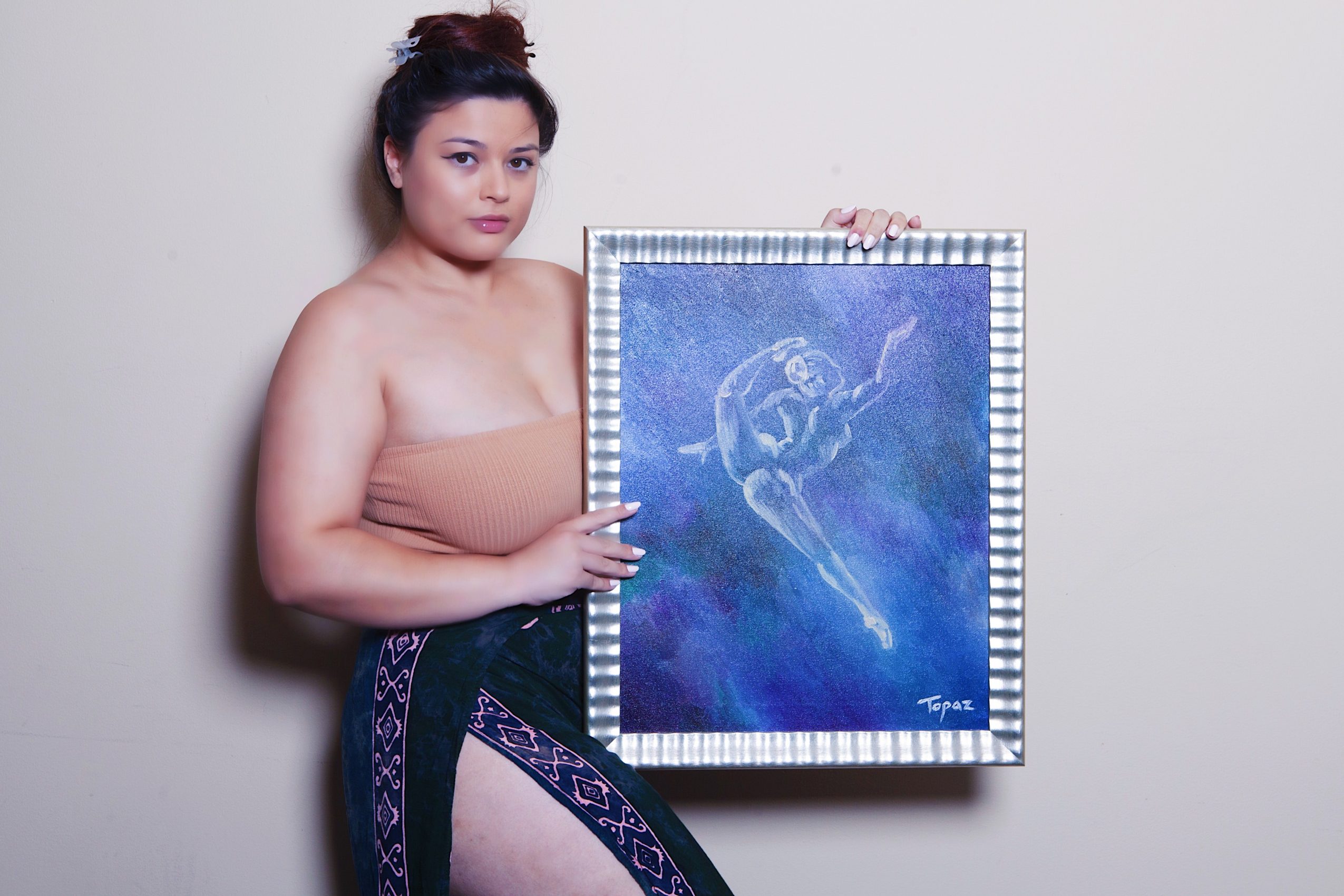