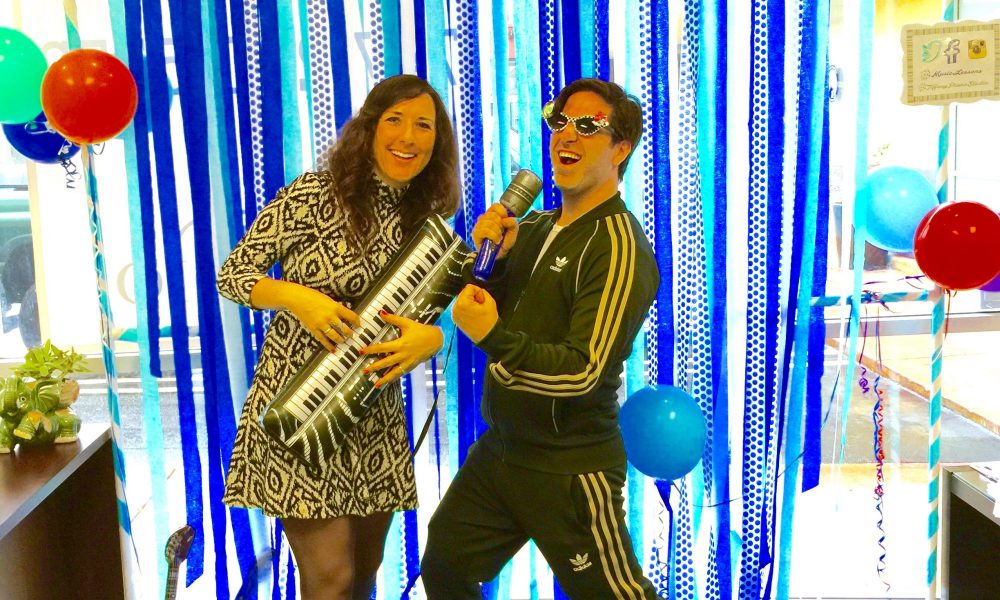 Today we’d like to introduce you to Tiffany Bobb.

Piano Pop that makes Ewoks Dance and Sway to the Groove!

This is not your average piano girl. Singer songwriter Tiff, known as the artist Tiff Jimber, holds nothing back when she plays, smashing out rhythms and dancing on her toes. Consistently compared to Sara Bareilles and Ben Folds, this lady showcases her diverse jazz and classical training in catchy pop songs conjured up by her influences, Billy Joel, John Mayer, and Nina Simone.

Tiff describes her music as:

Tiff grew up in sunny San Diego and was forced to take piano lessons at a young age… By the time Tiff was 16 she was teaching piano herself, renting a room from her guitar teacher and seeing students on the weekends. Then at age 17 Tiff released her first self-produced album of original songs, Never Takes Too Much. Tiff earned a scholarship to the prestigious Berklee College of Music where she earned a dual degree in Songwriting and Music Production/Engineering.

Upon graduation, she moved to Los Angeles where she lived in a garage that was spacious enough to hold her three pianos. Tiff toured the U.S. and Europe, booking, managing, scheduling all her own shows for the next ten years. Upon returning home to Los Angeles she continued to teach piano and vocal lessons, driving to students’ homes and teaching from her own home.

Tiff released her third full-length album, Burning At Both Ends in May 2009 on Cormac Records. Then in September of 2013 she released her second EP, The Foundation The EP was financed through a Kickstarter campaign, which was easily managed since she had been crowd funding all her past albums since 1999. In 2017, Tiff released the EP “Lil’ Bird.”

After being on the road for ten years, Tiff decided to take a break and stay put for a while, residing in Los Angeles. She slowly began to outsource music lessons to other friends of hers who were musicians. After a year of outsourcing she decided to open her own school, hire more teachers, and implement the music games and incentives she had been using for the past 20 years.

Tiffany Piano Studio opened its doors on Jan. 2016 and now boast a roster of 10 teachers. Many of whom tour and perform regularly in Los Angeles. Tiff believes that lessons should be fun and inspirational. Most students, of any age, are motivated by the songs they hear on the radio, so at Tiffany Piano Studio we make sure that every student practices a song of their choice. It can be from any genre, tv theme, video game, where ever. Our teachers find the song for the student and curtail it to their level.

We also encourage all of our students to perform in one of our two recitals that we have each year, no matter what level they are. Some students have just started taking lessons and go up on the stage and play ten notes. It doesn’t matter how many lessons you’ve had, we want to include all our students and let them know that we are all there to support them.

Jimber has engineered and assisted on many projects, including Phil Collins; Blink 182; The Foo Fighters; Queensrÿche as a sound engineer. to. She also sang on vocal tracks for movies such as, The Grudge (Sarah Michelle Gellar), Hide and Seek (Robert De Niro), and the Love Happens (Jennifer Anniston). She has opened for Marcy Playground, Anna Nalick, San Diego Symphony, Rebecca Loebe, White Buffalo, Marie Digby, and Meiko.

You can find Tiff’s music anywhere music is streamed/sold. www.tiffjimber.com

You can find out more information about her music school and teachers at www.tiffanypianostudio.com.

Has it been a smooth road?
Opening your own business can be a very bumpy road. There were so many things I didn’t know about and had to learn quickly along the way: taxes, licenses, background checks, building codes, insurance, payroll, etc. Most skills I used in managing myself as a musician/artist came into play when starting the music school. For example, marketing, creating promotional materials, advertising, and monthly new letters.

So, as you know, we’re impressed with Tiffany Piano Studio – tell our readers more, for example what you’re most proud of as a company and what sets you apart from others.
I own a music school where we specialize in private music instruction in piano, guitar, voice, and songwriting. We are known for making lessons FUN. All of our students choose their own music. We continually motivate students to practice with “Music Money”, ribbons, trophies, proficiency awards, and student of the month.

I’m most proud of our company in the fact that many of our students go on to pursue music long after taking lessons with us. Purely playing for the joy it brings themselves and those around them.

We are different from other schools who usually focus strictly on classical studies, memorizing, or ear training. We focus on students being able to read music, use their ear, knowledge of music theory, and mostly having FUN! This makes our students more well-rounded musicians- able to jam on an Ed Sheeran song and turn around and play an Etude…

The thing I like least about our city is the traffic…. big surprise. 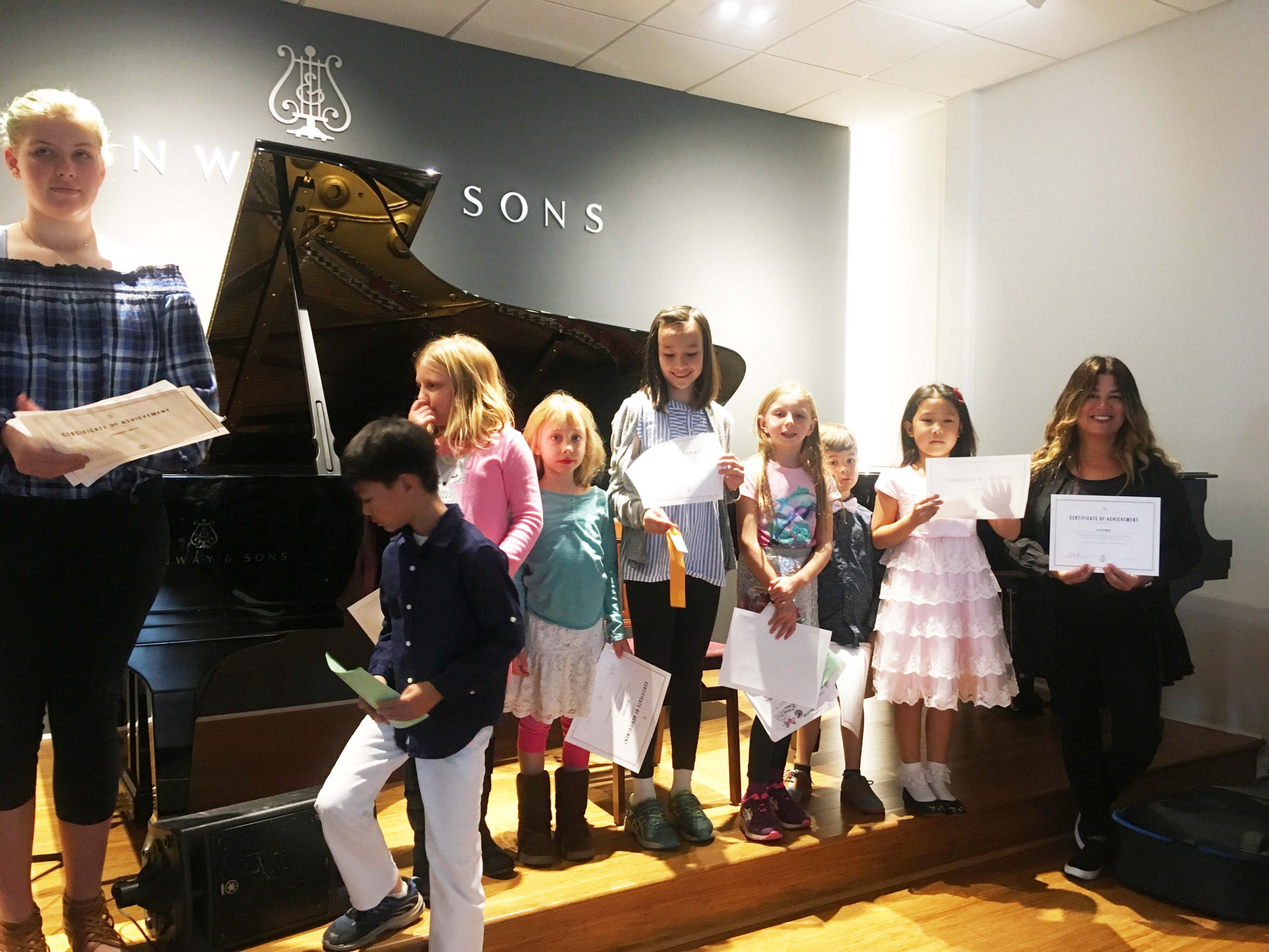 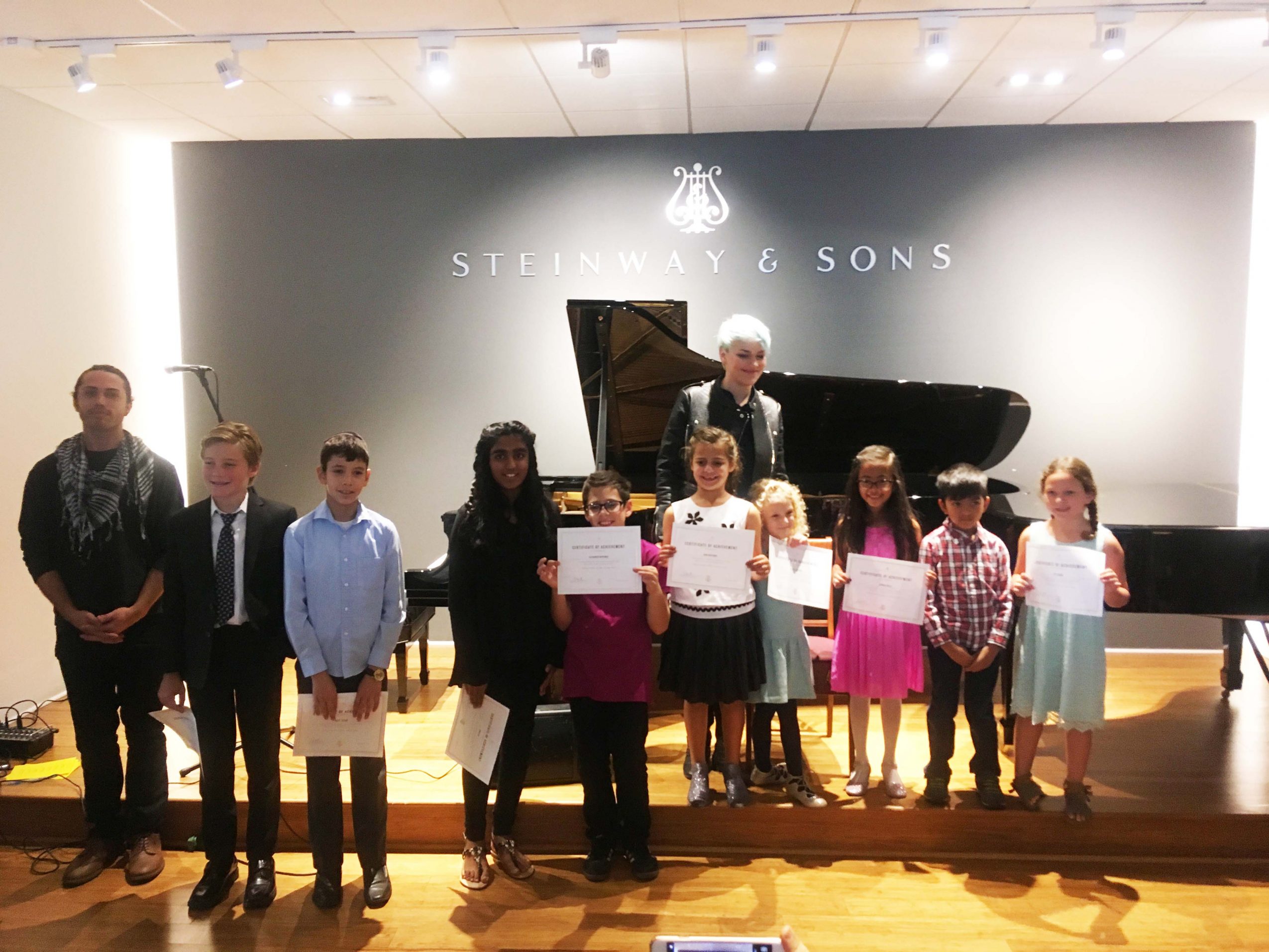 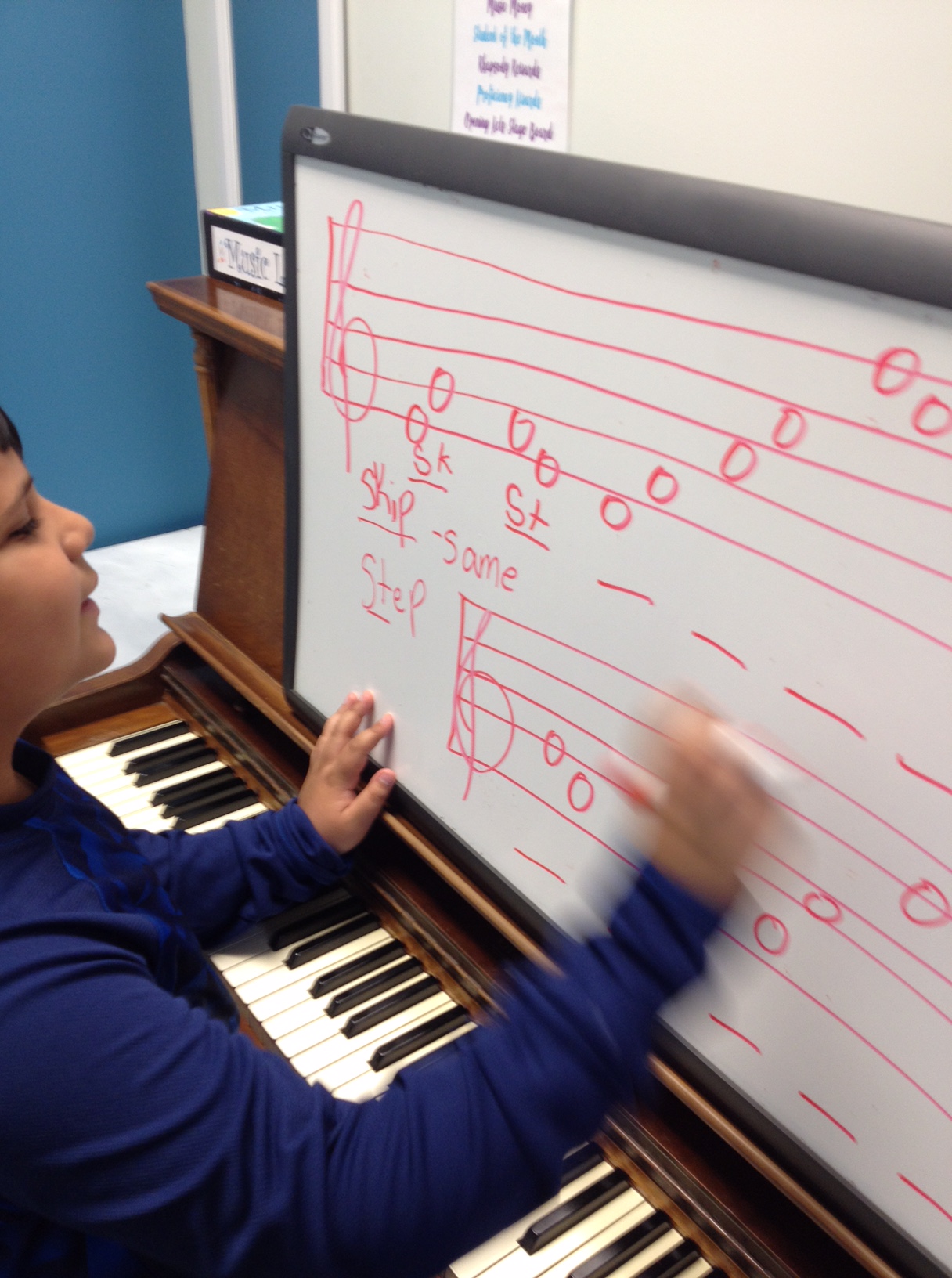 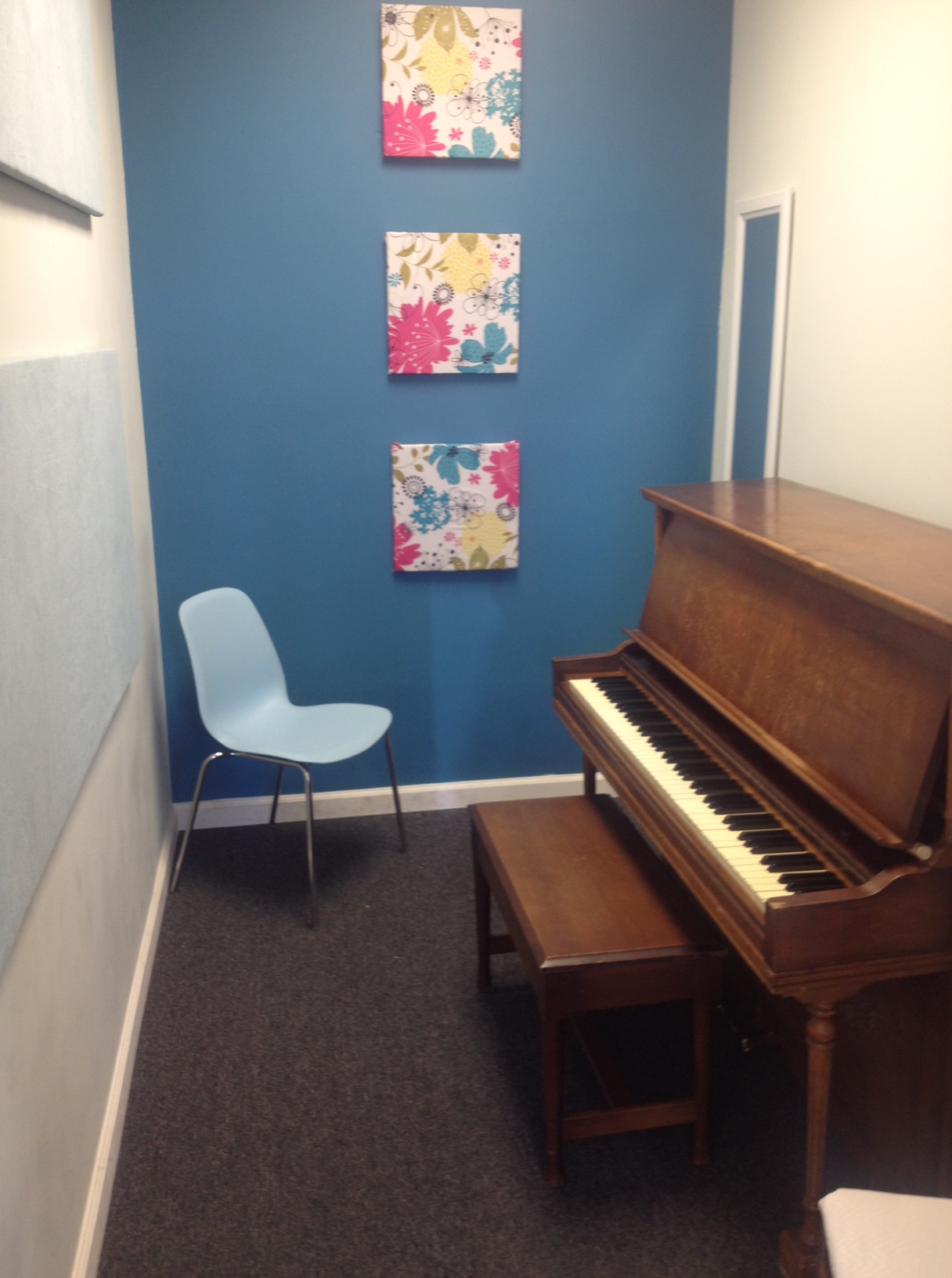 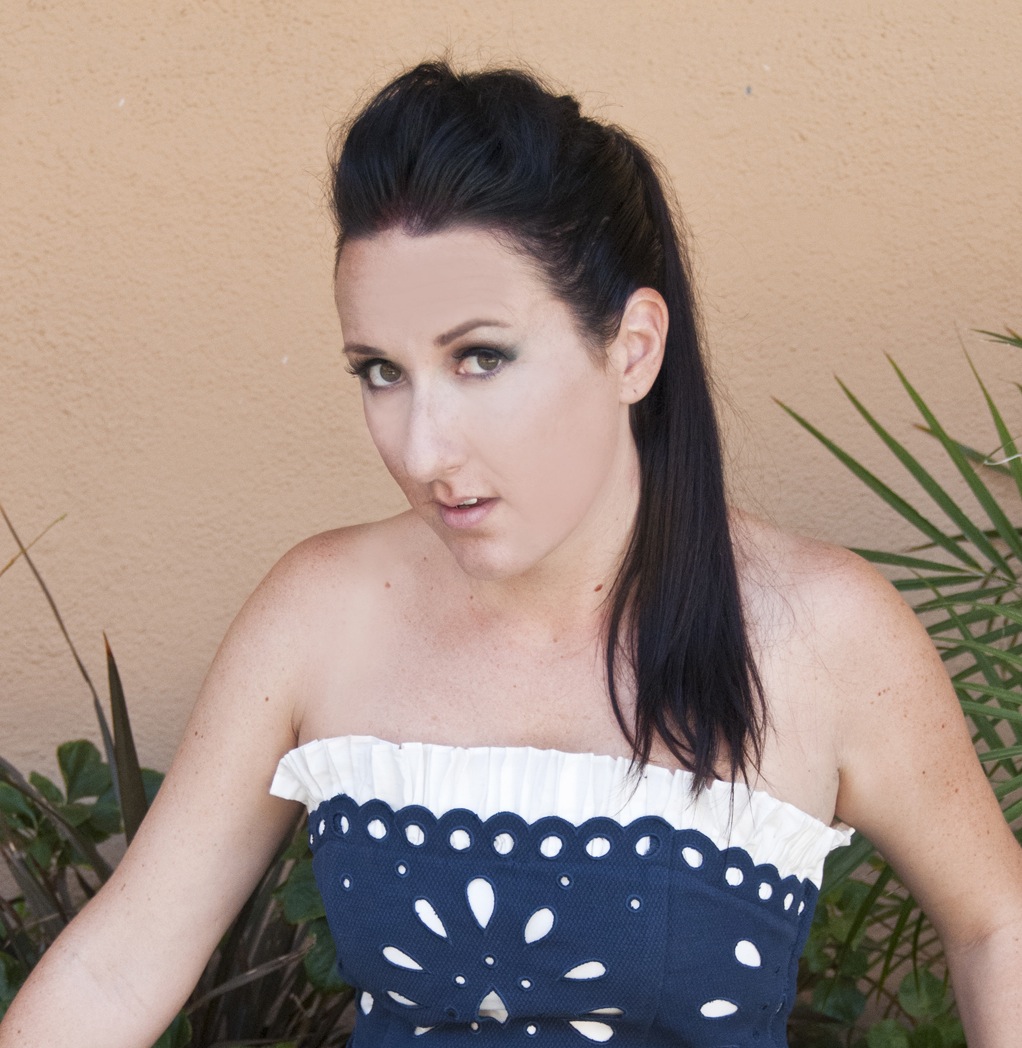 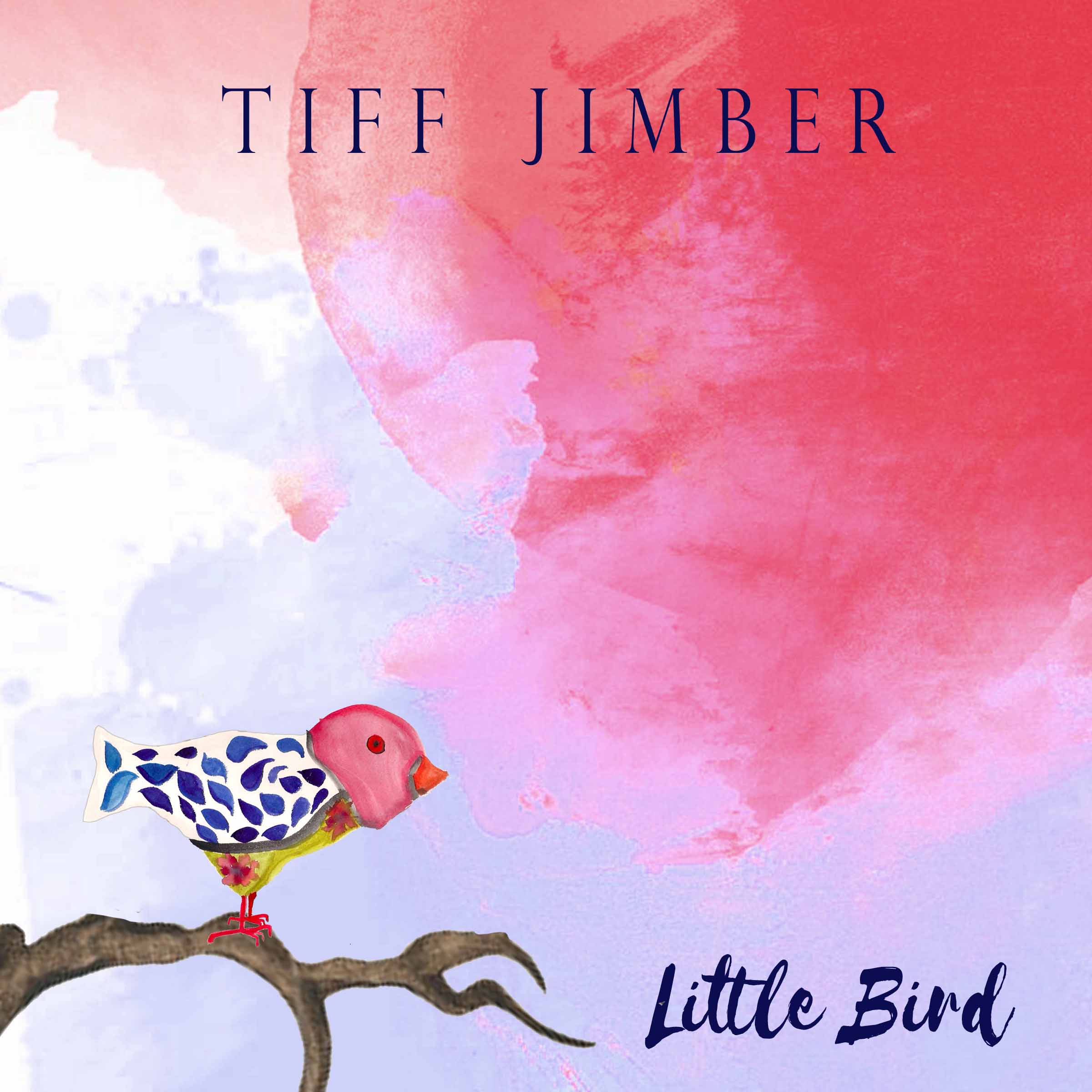 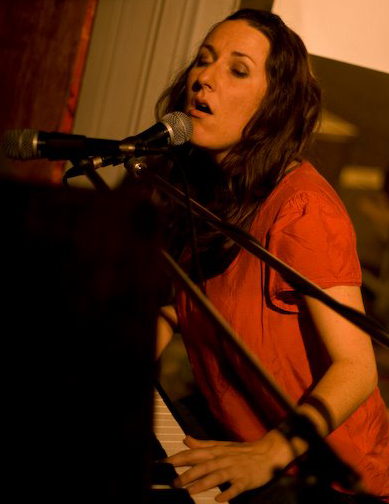 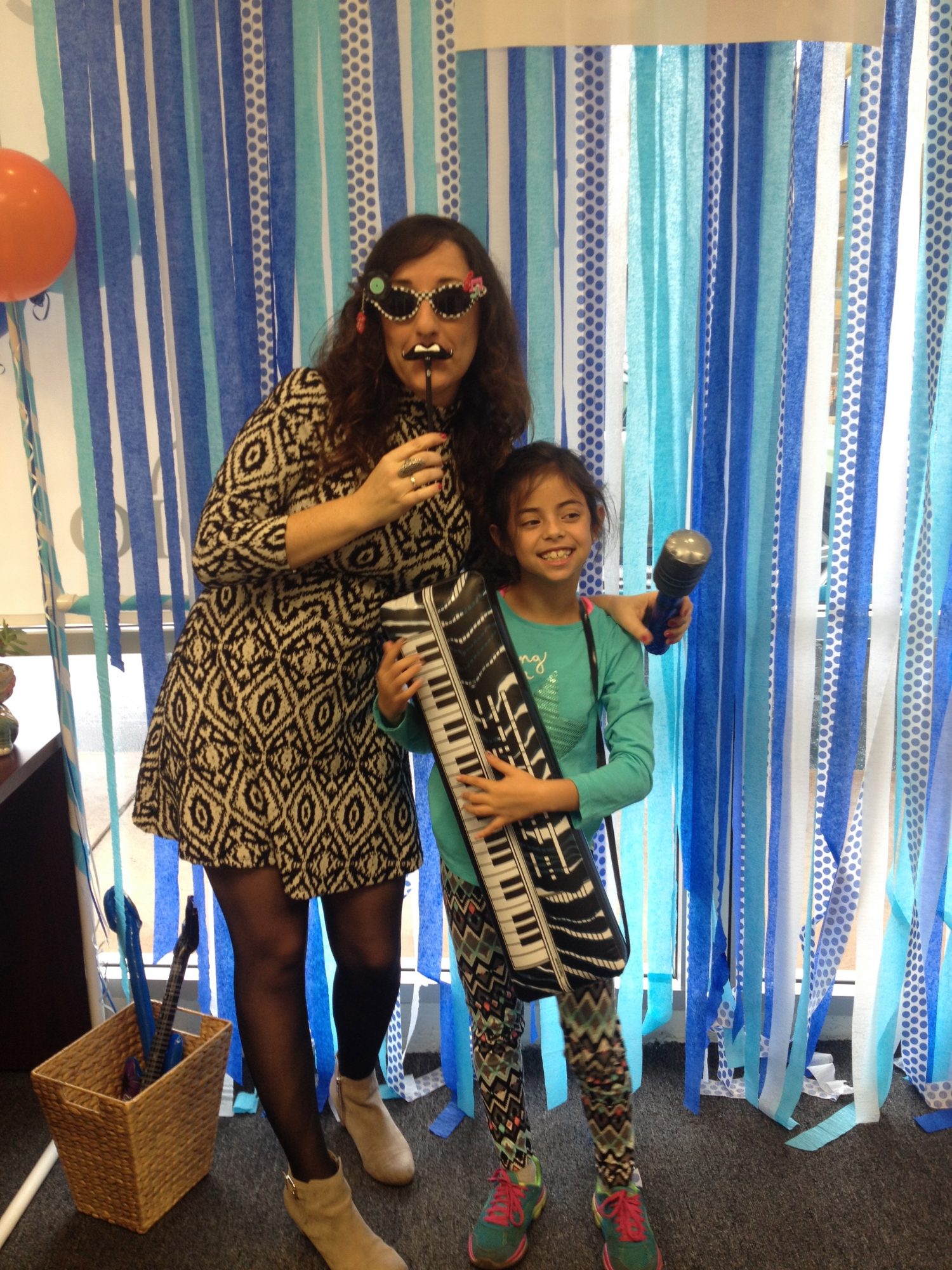 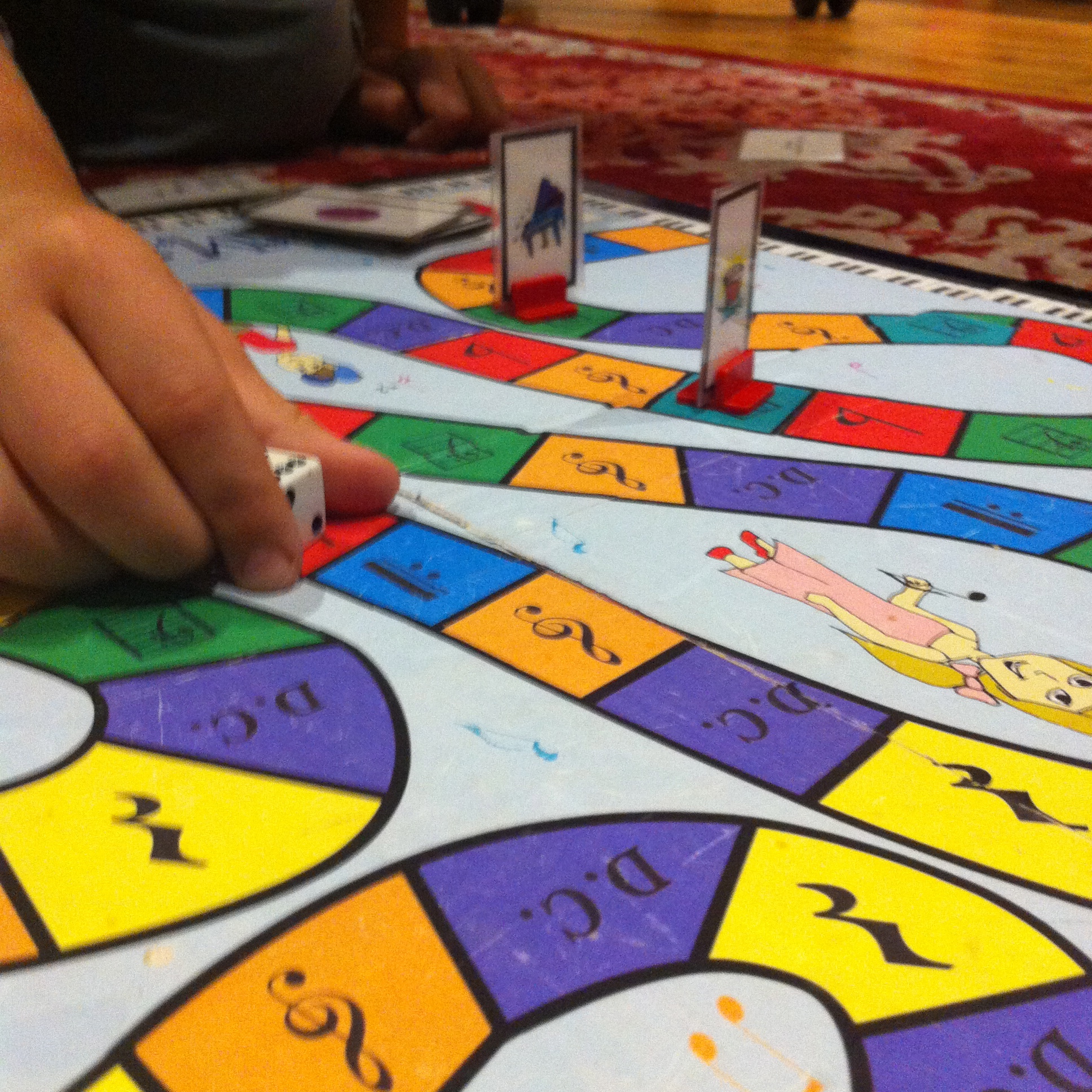 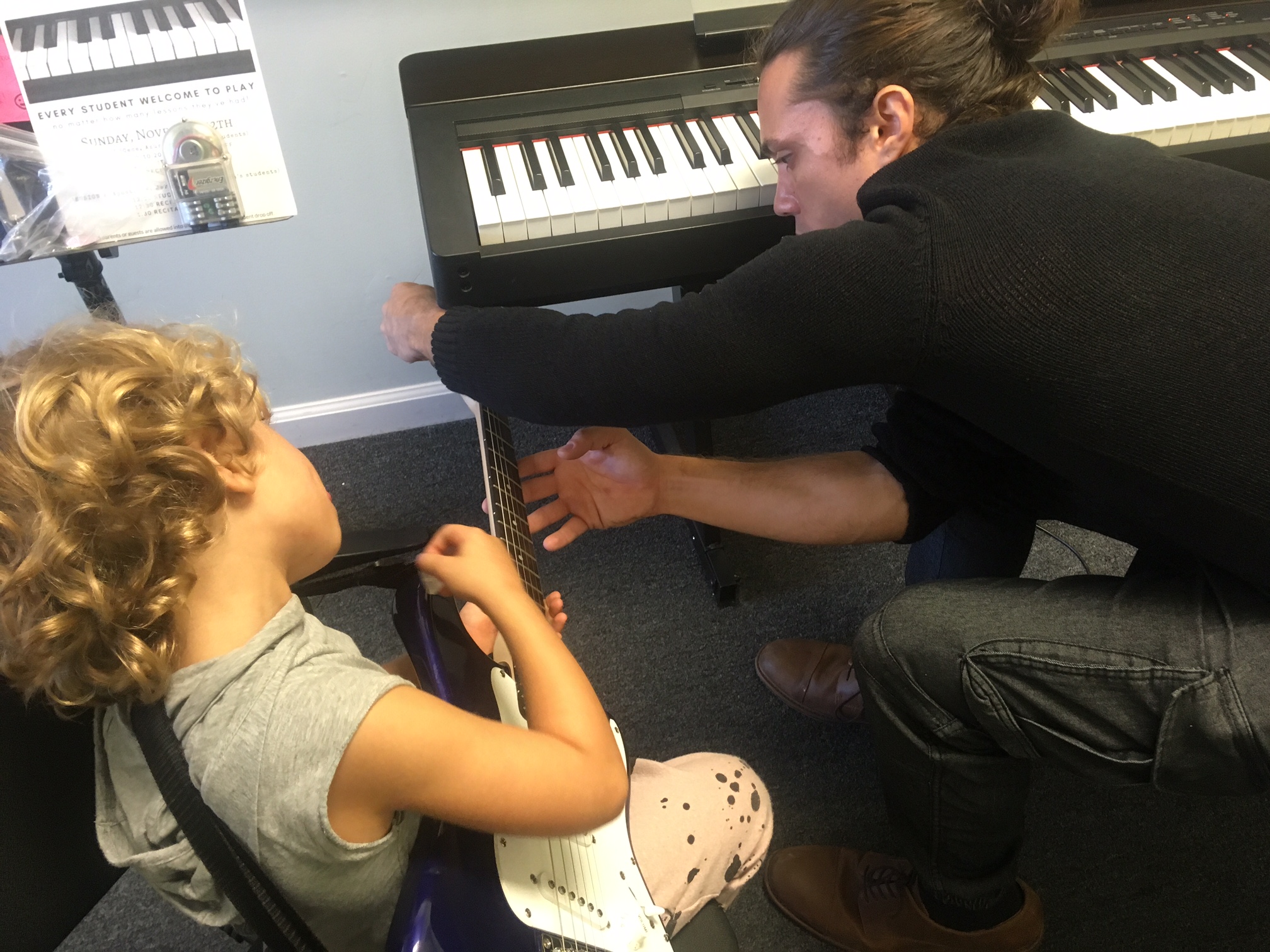 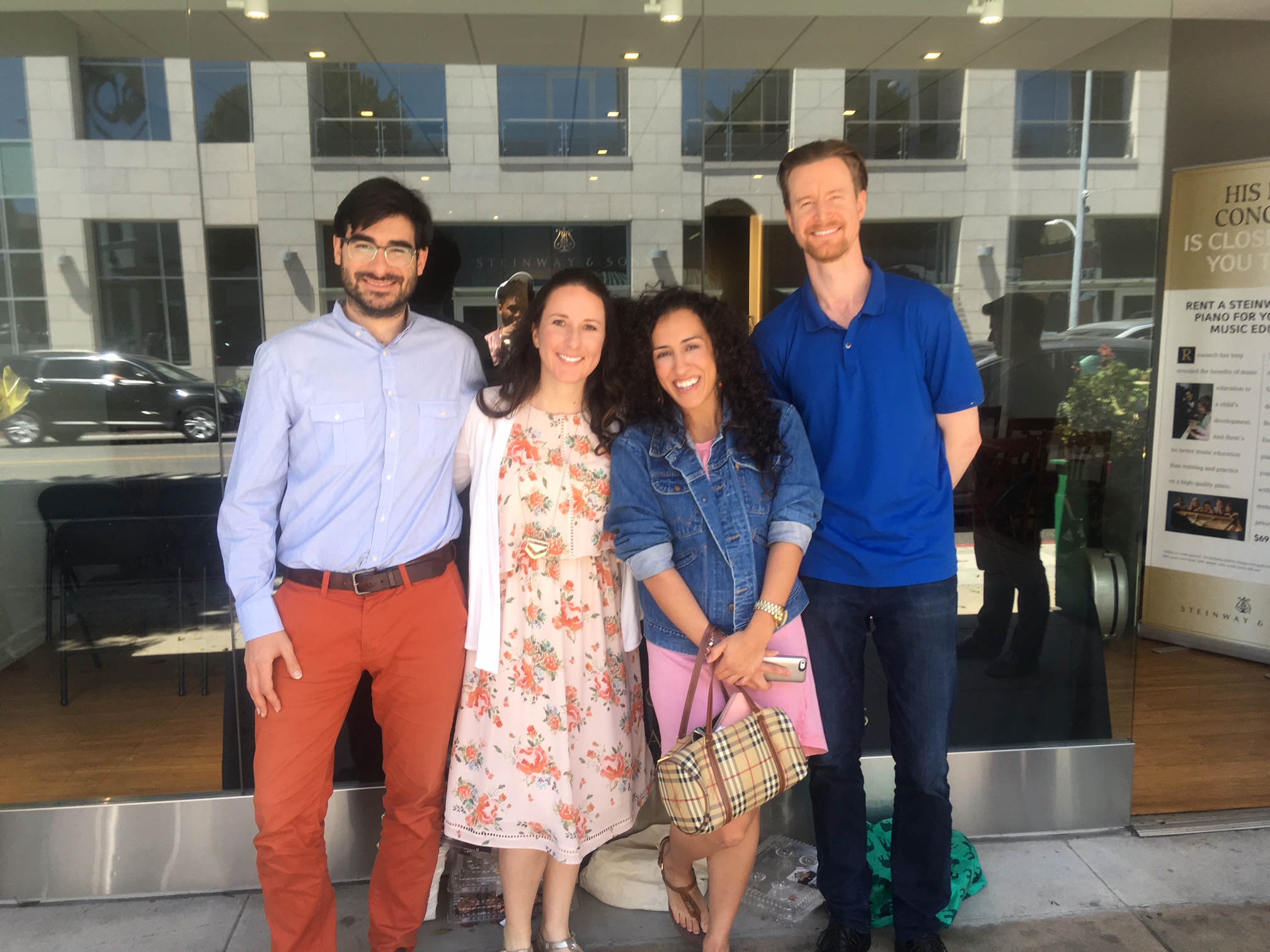