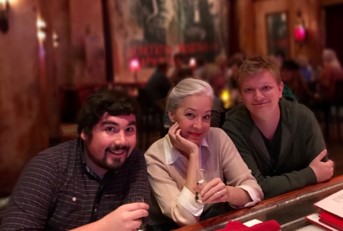 Today we’d like to introduce you to Thresa Richardson.

Thresa, let’s start with your story. We’d love to hear how you got started and how the journey has been so far.
Every report card I ever had included some variation of “…talks too much.” Which was my Grandpa Andy’s fault? With fading eyesight he needed someone to read the racing form, so he taught me to read at 2 1/2. He was a teller of tale tales (over a cup of Sanka), and I wanted to be just like him (minus betting on ponies). So, I’m a multi-hyphenated and caffeinated lover of words, serving them up on multiple platforms as writer-producer-actress.

In my teens and 20’s, I was a classically trained vocalist and sang for my supper in recording studios all around Los Angeles on songwriter’s demos, commercials and more, There were glamorous moments, but I mostly earned just enough money to keep me stocked in cheap ramen noodles and instant coffee.

My desire for better dining and brewed coffee led me to television production. I spent a decade working on hundreds of episodes of children’s animated “edu-tainment” shows that were syndicated around the world. That paid for a higher grade of noodles, but I still needed to supplement my household, so I became vocal coach and piano tutor for nearly 20 years in the Santa Clarita Valley where I raised my two beautiful kids, Shaina and Jordan.

In the early aughts, I took a new direction for a few years as drive-time radio personality for KHTS M-F 3 pm to 7 pm as Afternoon T. serving up music, traffic (“On the 8’s!”) and advice. [I continue to write an advice column for the SCV Gazette as Afternoon T.] During this time, I also wrote three children’s chapter books with a mom and pop publisher who went bankrupt, so I’m currently adapting those to family slate screenplays.

The screenplay writing came about because a few years ago, a friend encouraged me to turn a story from my childhood into a short film, which I did, with her help (and a band of other angels). That process opened up a whole new world of filmmaking.

We’re always bombarded by how great it is to pursue your passion, etc. – but we’ve spoken with enough people to know that it’s not always easy. Overall, would you say things have been easy for you?
Everything I’ve ever done has had its share of challenges, but I’ve always tried to shovel through the crap with the attitude of “There’s a pony in here somewhere!” That doesn’t mean I’ve always got a smile on my face though! My production partners like to rib me about the fact I actually have a space designated as a Crying Corner in my closet. Why? Because the criticism and rejection that come with storytelling can often drop you to your knees.

For me, no matter where I serve up words — whether sung/spoken/scrawled — there will always be critics or people carping from the sidelines. I put out a lot of content and not all of it will be palatable, digestible or even stomached by everyone. I know that. That doesn’t make it any easier when they leave a cosmic Yelp review on my heart. Add to this, the piling on of self-doubt and an inner judge-y McJudgerton?

Well, pass the handkerchiefs (I collect vintage ones) and a bottle of water (to balance the output/input ratio) and let the crying commence. Once I get that out of my system, I go back to the keyboard, pads, and pencils and take another crack at it, hoping that gravity and all that atmospheric pressure will prove the old phrase “Water seeks its own level.”

So let’s switch gears a bit and go into the Tequila Mockingbird Productions story. Tell us more about the business.
Tequila Mockingbird Productions (founded with my two partners Cameron Mitchell and Andrew (Rookie Morgan) Menjivar) is an independent production company that produces commercials, feature films, short films, and provides various other professional media services. I’m proud to say we deliver a high-quality product on any budget.

We’re currently in development on our first feature film, ‘Looking In’ a provocative psychological thriller written by Cameron Mitchell. It’s important to me that this film gets made because I believe it’s one that pushes boundaries and buttons (in a good way).

‘Looking In’ has the audience absolutely rooting for the heroes by the end, giving no thought to similarities or differences when lives are at stake. I know viewers will embrace that emotion in the moment, and as they leave the theater (or VOD viewing down the road) having found the main characters relatable and watchable.

When our leads are in peril, audiences will experience that feeling of wanting to protect them from anyone who might hurt them, whether they are straight or gay. To me? THAT is how inclusion and acceptance start when we see and cheer on people… who are just like us.

We are actively seeking the right production partner for this exciting project because indie film is hard enough and trying to raise even a micro-budget is challenging — but even more so when you’re trying to open wallets when minds are closed. I’d like to see that changed.

Has luck played a meaningful role in your life and business?
I don’t really believe in luck. That said, I do believe in odds (Hello grandpa and the horse races!) The odds of putting in the hard work and putting it in front of enough people, make for a much better chance of succeeding. 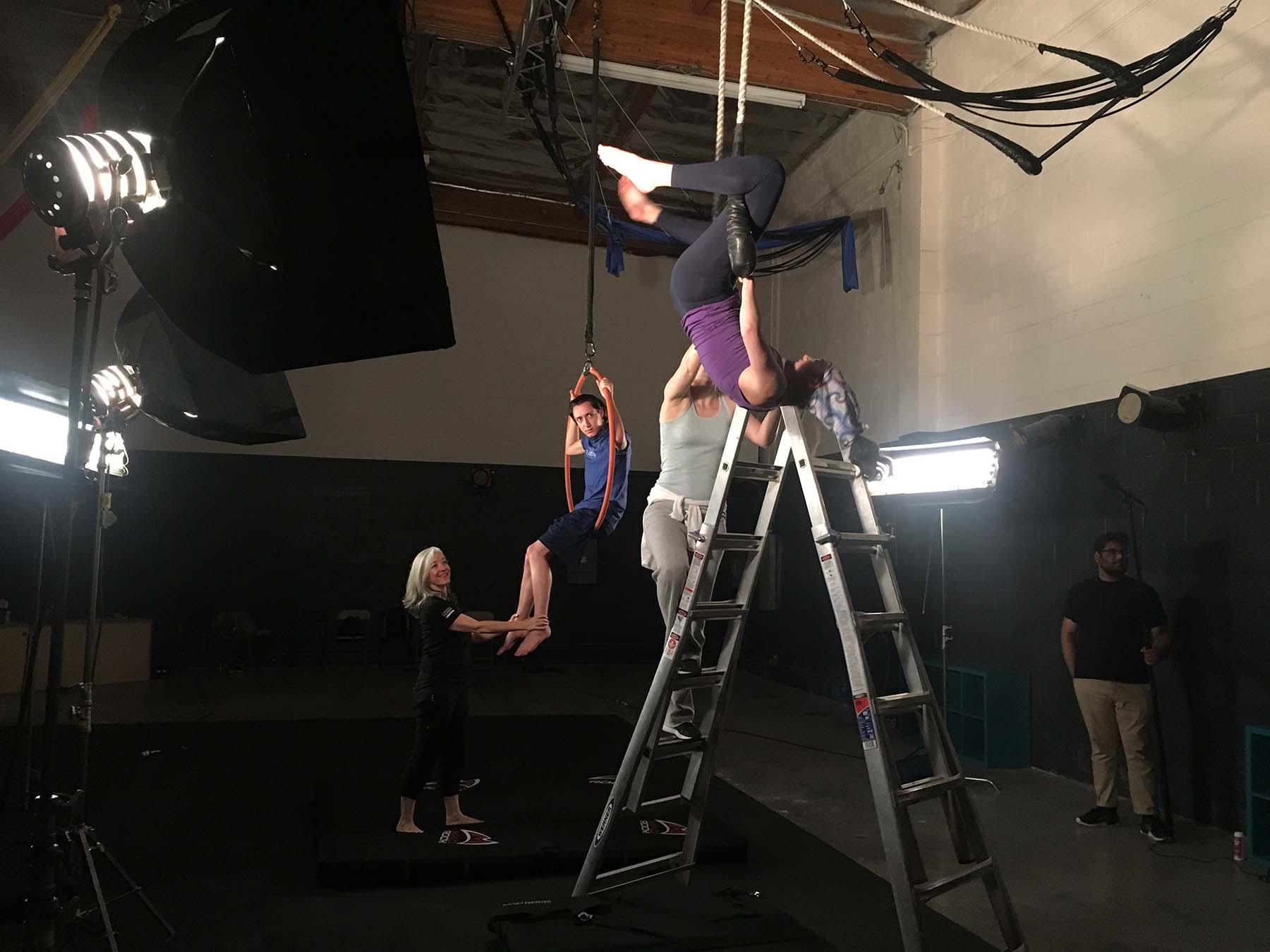