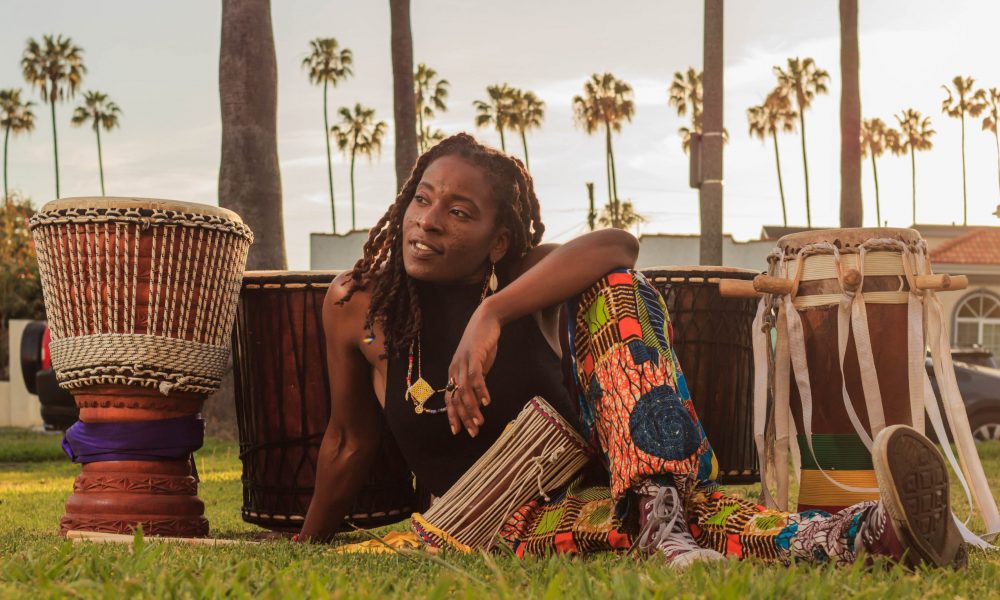 Today we’d like to introduce you to Tanee Osborne.

Tanee, can you briefly walk us through your story – how you started and how you got to where you are today.
I’m a West African female percussionist that plays Djembe and Dundun for dance classes, corporate engagements, performances, demonstrations, etc. What’s the big deal? There are very few women doing what I do in general and In LA probably less than five professionals actively working as artists full time. In 2007 I graduated from the University of Cincinnati with a degree in Mechanical Engineering and begin working my dream job as a construction project manager. Cut to the last economic downfall and was permanently laid off during our Christmas vacation.

So, I’m 26 living in Cincinnati, OH and I’ve done everything I was “supposed” to do, went to school started my career and now I’m here left in a broken economy asking myself what now? I had always had many creative hobbies before but the now need for new streams of income made me shift my thinking. I began turning all of my hobbies into real streams of income and really began learning the value of networking.

I was now a hair stylist, photographer, graphic designer, you name it I was doing anything find my niche. It was in 2010, that a hair client who was also a West African Drummer told me his dance company was looking for dancers and if I was interested, I should try out.

Now I had rhythm and secretly always wanted to be a dancer so I gave it a shot. I auditioned and made it. This was my very first introduction to the West African drum and dance culture. So, I am now traveling around the country going to schools, churches and corporate events teaching the few dance moves and history I’ve learned. About a year into this new journey my unemployment runs out and I am now forced with what I feel was a life altering decision.

I had to get a job somewhere, or did I? I had gotten a taste of the artist lifestyle of not working a 9 to 5 and I was tired of Ohio, over its weather and so I realized I didn’t have to stay there. I wasn’t married, I didn’t have any kids and was already 5 plus hours away from family so I figured I’m moving, and I’m moving to California to make a living as a creative.

By September of 2011 I was on a plane to Oakland, CA. While in Oakland I was introduced to a women’s drum circle and that was when I really fell in love with the drum. Fast forward to the summer of 2012 I get a marketing job in LA and my first apartment landed me in Leimert Park, literally on Leimert Blvd. One Sunday I just happen to walk into the Leimert Park drum circle, and that day changed my life. I became a regular and I was hooked, but I was an infant in the culture. I was playing on a baby drum and I had no idea how much I didn’t know.

My mentor began introducing me to various teachers, dancers and other drummers in the culture. Around 2015 I began performing with a women’s group called SHINE Muwasi which is led by Renee Fisher-Mimms aka Mama Naenae a staple in Leimert. It was through this group that I met Amber Tell. An amazing dancer, drummer and all around great human who has now transitioned on to be an ancestor. She inspired me to really learn the language of the drum and the history of the rhythms. She always encouraged me to stand strong amongst the men as the representation of women drummers. Before she passed, I was already drumming daily and getting gigs regularly and wondering if I could actually make a living from drumming. But after she passed it was clear to me, I had found my purpose with the passion I have for learning, playing and sharing this culture.

Over the years I have taken lessons and classes with all of LA’s West African drum teachers but have been studying under Pape Diouf who is a teacher and drummer from Senegal intensely for the past three years and just recently also began studying with Khalil Cummings an amazing percussionist of many of the diasporic cultures.

For the last two years, I have been playing for Debbie Allen Dance Academy full time and play for Daunte Fyall’s, weekly classes and help him run the administrative end of DAANSEKOU Arts Collective.

We’re always bombarded by how great it is to pursue your passion, etc – but we’ve spoken with enough people to know that it’s not always easy. Overall, would you say things have been easy for you?
My journey to becoming a drummer was harder than my journey as a drummer. Once I figured out my life transition from Ohio to California my biggest struggle along the way has been dealing with the notion that women are not drummers. There isn’t any flat-out disrespect, sometimes a little chauvinism but the microaggressions are sometimes there.

Hind sight I now see that my biggest obstacle was that there was no one to guide me and teach me the traditions and cultural significance of things at the very beginning. It took me several years of just figuring things out and having to prove I could hang with the guys to then being corrected to finally have the foundation of understanding of the culture I do have now. Again, I don’t think this came from a place of ill will I just think I presented a version of woman they weren’t used to experiencing.

So, as you know, we’re impressed with Tanee Osborne of DAANSEKOU Arts Collective – tell our readers more, for example what you’re most proud of as a company and what sets you apart from others.
DAANSEKOU Arts Collective – is the company I am helping to grow with the founder and creative director Daunte Fyall. He is a West African dance teacher, originally from DC. We began working together a few years ago but grew really close after the passing of our good friend Amber Tell, who I mentioned earlier, as we were both close with her and feel passionately compelled to continue the work, we were all planning on doing. Pre covid-19 he hosted an open fundamentals West African dance class with live drumming two days a week, and a private kid’s classes. The collective performs at private, and corporate events, as well as hosts master dancers from Africa to give dance workshops.

The thing that sets me personally apart from others is that I’m a woman and I play both djembe and dunduns which is predominately a man’s world. On top of that most play one better than the other or don’t own both as a dundun set is expensive, big and a chore to carry around. The dunduns hold down the rhythm and are what the dancers are dancing to. So, you have to be strong and have stamina because you cannot stop playing for any reason during a performance or dance class even. There may be three to four djembes and one 1 set of duns. So, it is often shocking to see me, 99% of the time the only female drumming, holding it down.

So, what’s next? Any big plans?
I don’t really subscribe to the notion of luck. I do believe in karma and that I intentionally sow enough good seeds of love and positivity that I have good favor from the spiritual realm but I’m a firm believer in creating one’s own reality and in the practice of being prepared for opportunities when they present themselves. Vibration precedes manifestation. I like to think I’m in tune/alignment with the universe versus being in luck when desires are met in unconventional ways. There’s no luck in alignment just intional energy manifesting in the physical world. 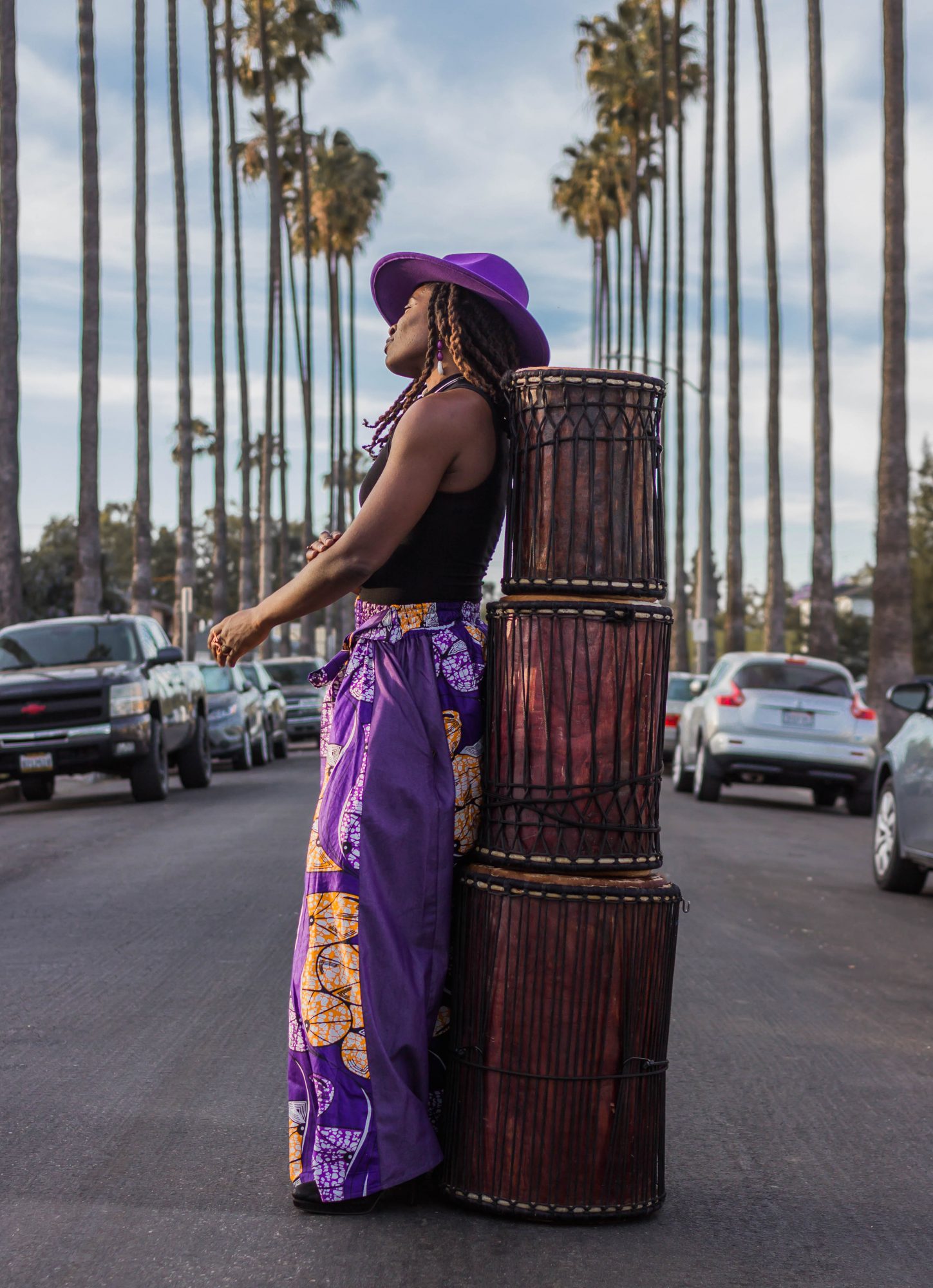 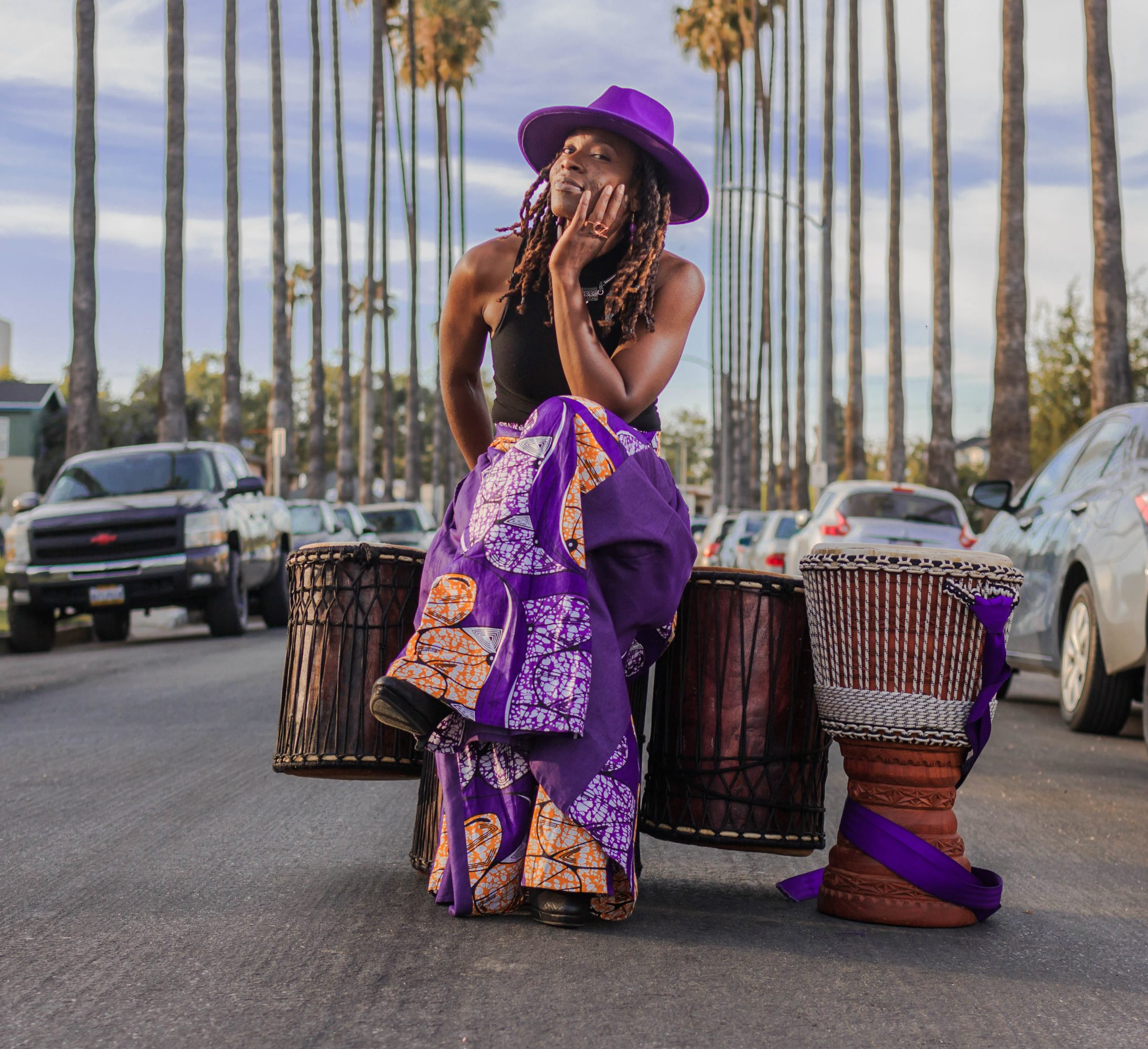 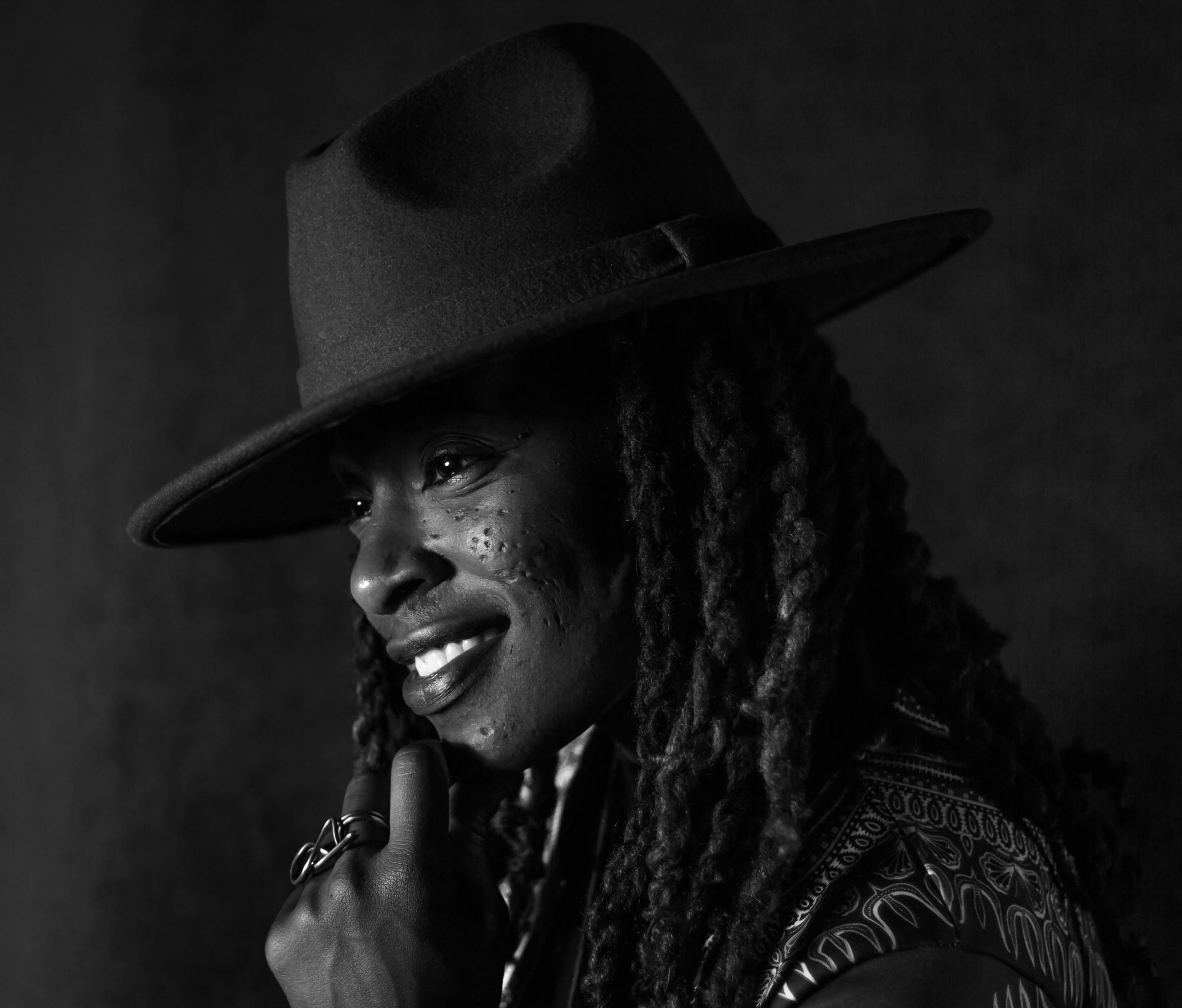 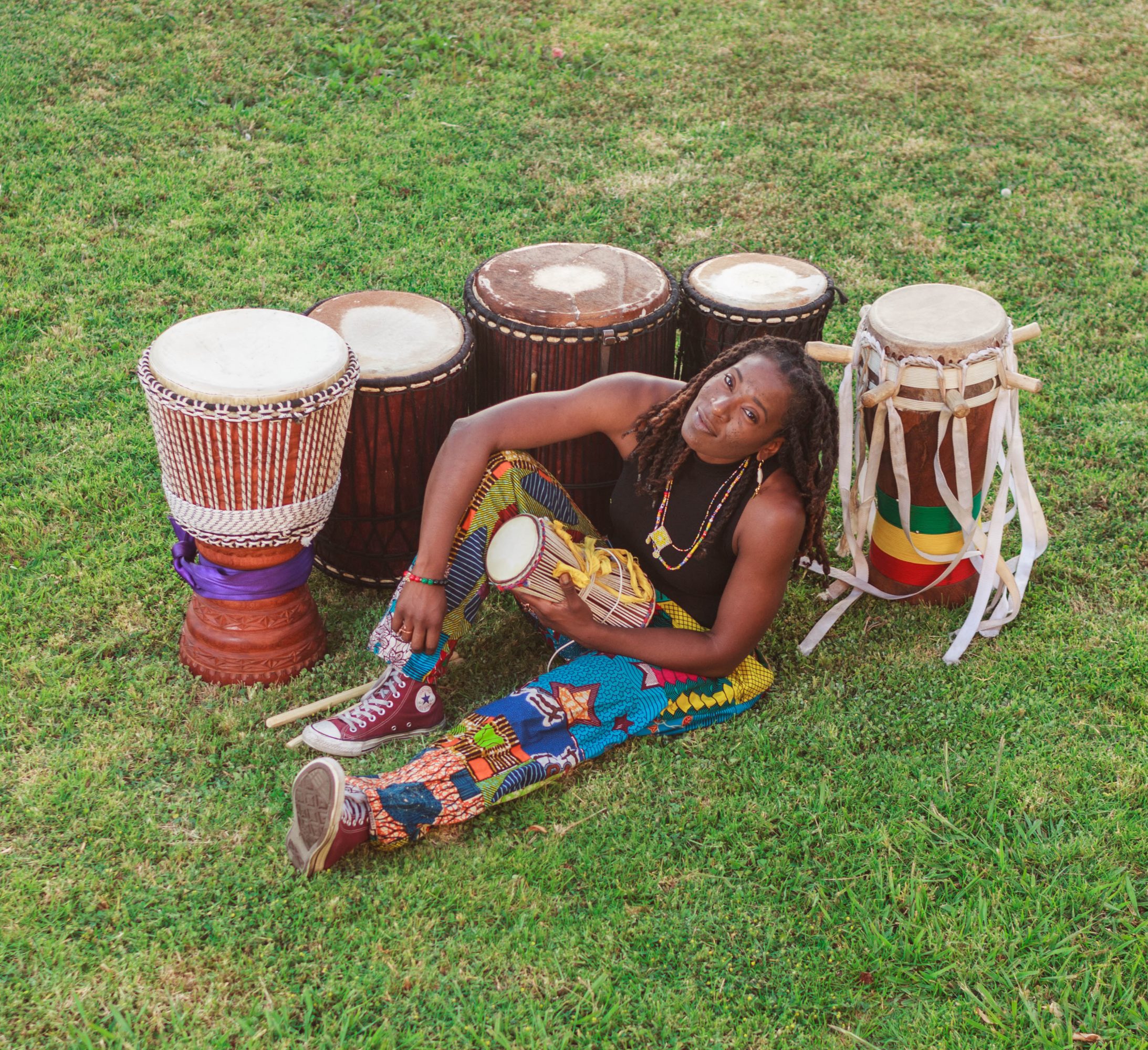 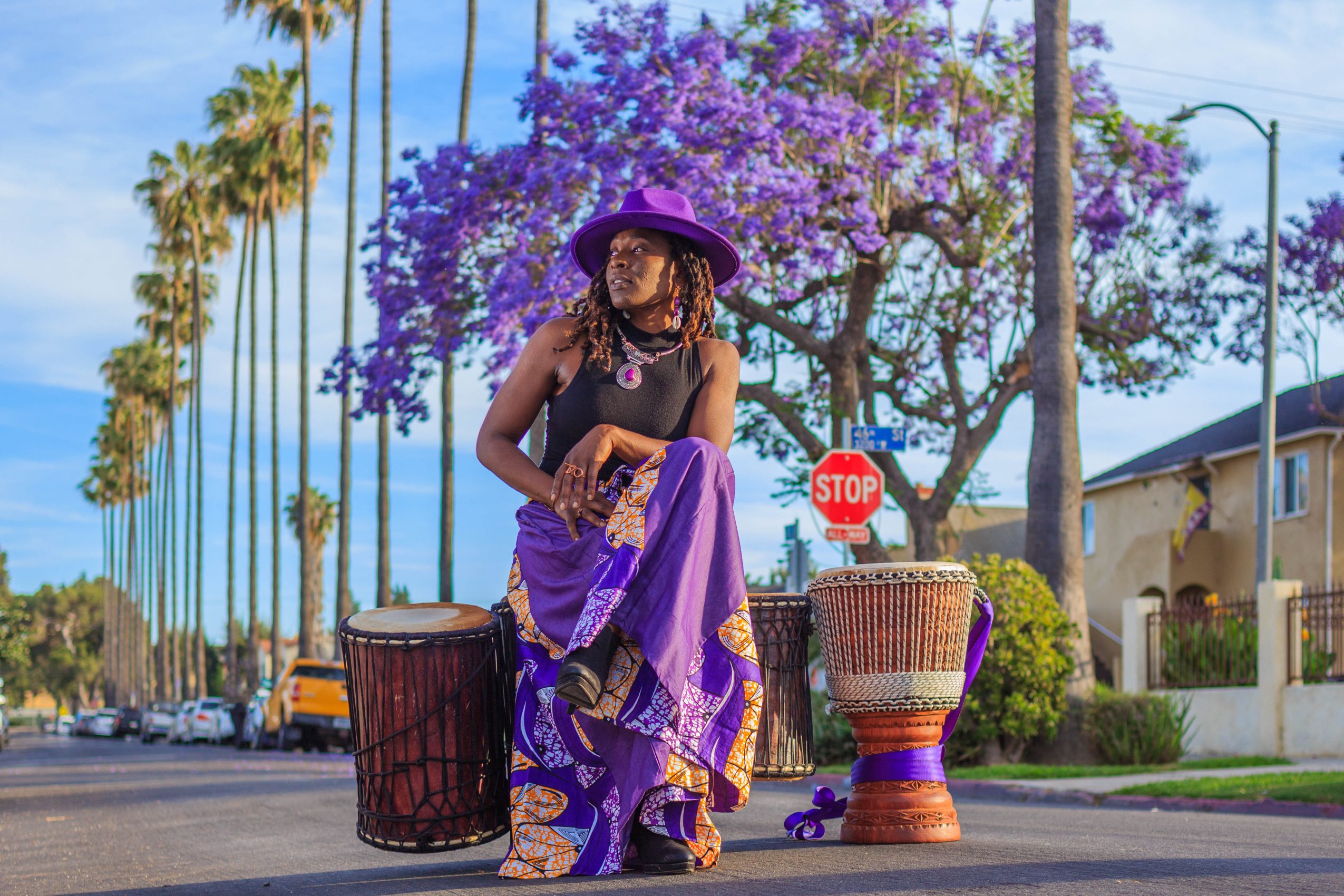 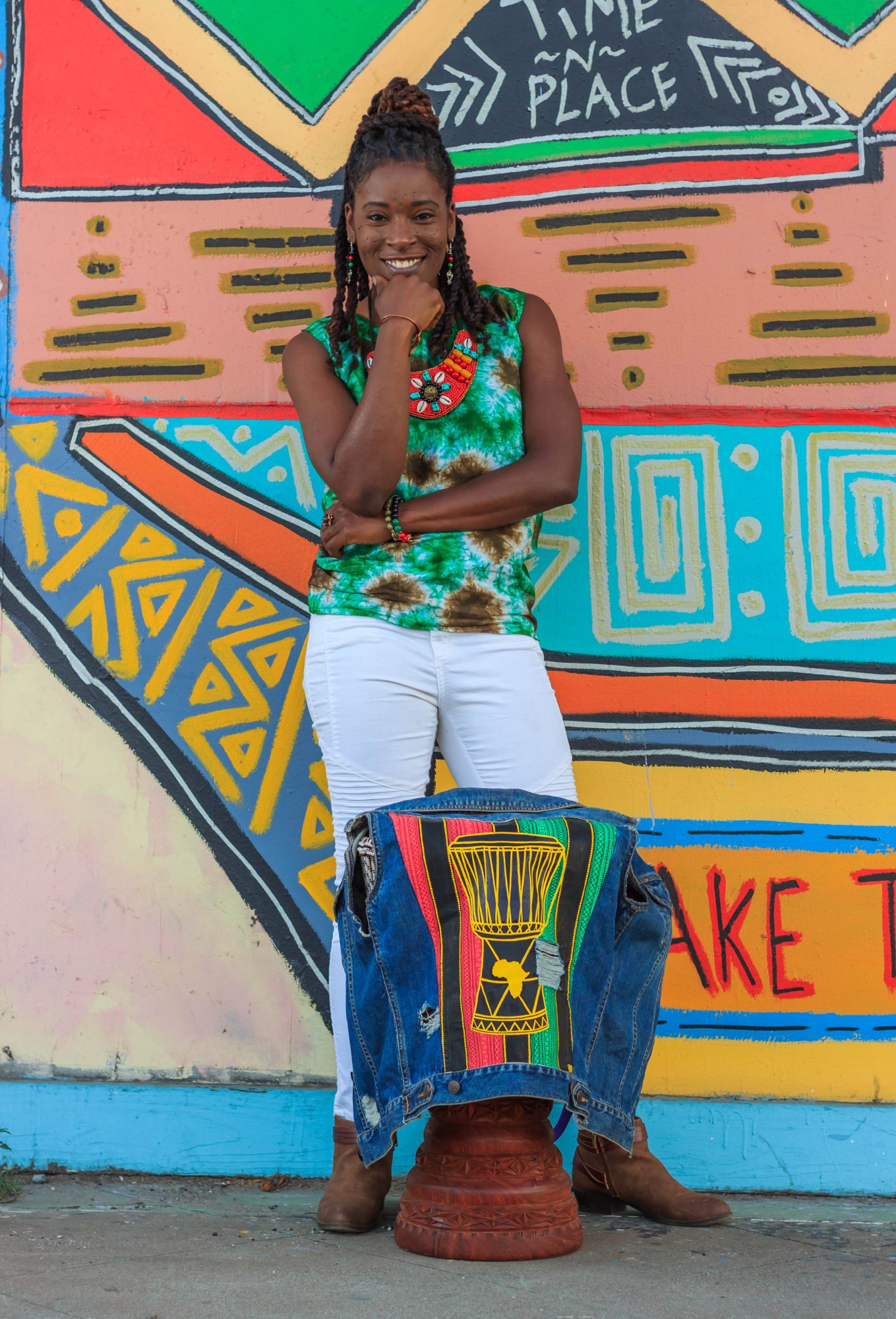 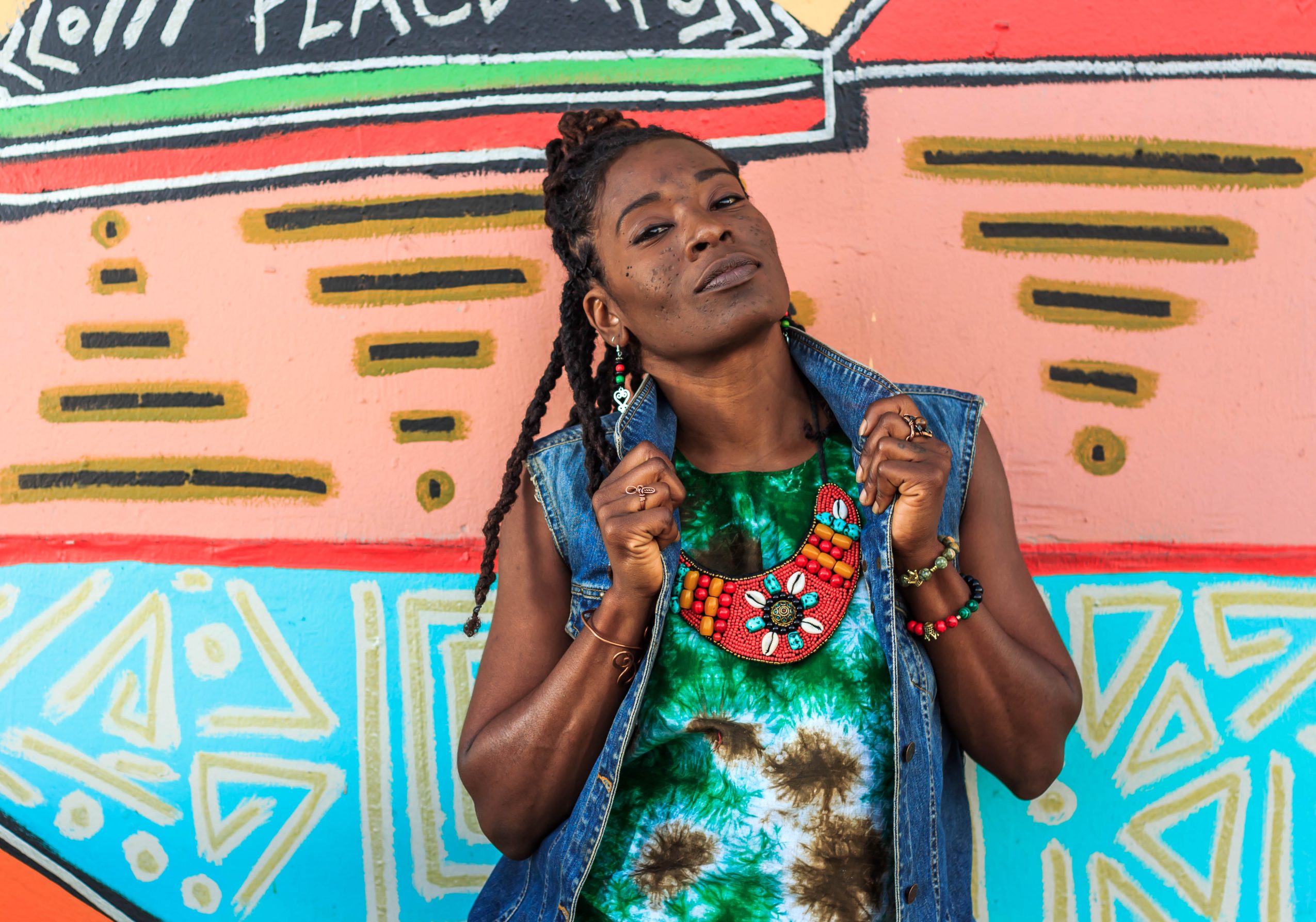 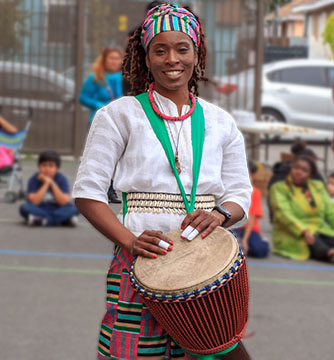