Thanks for sharing your story with us Spags. So, let’s start at the beginning and we can move on from there.
I grew up in a small suburb of Pittsburgh, Pennsylvania, where I began studying music at an early age. I was into everything performing-arts related, from music, to theater, to dance. As a kid, if you came to my house to play, that is what we did! We dressed up, we created skits, we had stage names, musical numbers, and dance routines! It quickly became clear that the arts were my passion. Eventually, I went on to earn a Music Education degree from Pennsylvania State University. Shortly after graduating, I moved out to Southern California, where I had never been, but had always dreamed about. It seemed like this magical place, where you go to pursue great things! I ended up in San Diego, where I began teaching public school music. After several years, living the life in sunny San Diego, I had, what some would consider, the perfect set-up; a tenured teaching position at the top school district, a serious boyfriend, and an apartment that sat right on the beach. However, despite this seemingly perfect life, one in which all of the right boxes were ticked, there was an ever growing feeling inside of me, telling me that something wasn’t right. It started out as just a tiny little feeling, but over time, that little feeling manifested into something much greater, something that I could no longer ignore (I now understand this to be my inner voice/gut/intuition, but didn’t have a name for it back then). I knew that there was something else out there for me. I didn’t know what, exactly, or how I would find it, but I knew that I had to try. Despite having zero game plan and zero savings, the decision was made; I quit my teaching job, the boyfriend and I broke up, I packed my car with a few belongings, and I headed north to Los Angeles!

The next handful of years was extremely trying. L.A. can be tough. I was running in a million different directions, just trying to make ends meet. And to be clear, I was barely making ends meet, and often times, I wasn’t making ends meet at all. I had numerous, less than ideal, living situations. At times, I barely had enough money for food. But I knew that I had to keep pushing forward. I pounded the pavement everyday, just to stay afloat. I spent my days passing out flyers for my music services, knocking on music school doors, answering craigslist ads for musicians. Every. Single. Day. I went at it as if my life depended on it. The thing about finding your passion is that you have to put yourself out there, and you have to try everything. While most of my encounters, along the way, were just stepping stones, they were important and integral stepping stones in my discovery process. Each little accomplishment, and each little victory, led me to the next step on my journey.

Little by little, step by step, I began to find my footing. Over time, “the way” just seemed to start presenting itself to me. I slowly learned that by following my intuition, I was led in the right direction. It’s just a hard thing for a young, struggling artist in Los Angeles, to do. We, almost inherently, want to do the opposite of what our intuition is telling us. It almost feels counter-intuitive at times. But, it never is. It’s always right.

After a whole lot of life experiences, and dipping my toes into just about every area of the music industry, I discovered my passion for the world of Special Events! I absolutely love it. I’m able to take my love for all things performing arts-related, and roll them up into one big dream job! I perform and produce entertainment for Special Events (corporate events, weddings, fundraisers, social parties) of all shapes and sizes, and all over the world! I have a wonderful team of the most amazing talent and the most amazing people, with whom I get to work with regularly.

Did I ever imagine that this would be my path? No. Definitely not. However, by getting out there and following my gut, by believing in my core that there was something greater for me, and by never giving up, I was able to find it. It’s a journey that continues to unfold, everyday!

Overall, has it been relatively smooth? If not, what were some of the struggles along the way?
There were tons of struggles along the way. In fact, for a long time, life seemed to be mostly struggles, sprinkled with little glimmers of hope. But, the glimmers were enough to sustain me. There were, of course, the basic struggles of maintaining a roof over my head and food in my stomach! I have lived in some pretty interesting places along the way, AND have owned some equally interesting vehicles. I always laugh (in retrospect) and say that I could tell my story through the apartments that I’ve lived in and the cars that I’ve driven. Haha! It’s true.

Aside from that, there were the struggles of feeling unsupported about my choices. When I made the decision to leave behind my stable life, in order to pursue something different, I was hard-pressed to find any supporters. Most of the people in my life were “worried about me” all the time, and really just wanted me to give up the pursuit and go back to the safe route. Unfortunately, this translates to “we don’t believe in you”. Pursuing your passion can be a pretty lonely process to navigate on your own, and on top of it, there’s no handbook explaining how to do it. I made like-minded friends along the way, and those people became my support system. It’s important to find those people so that you can lift each other up and encourage one another along the journey. But the constant judgment and criticism will wear you down so thin and so fast. You’ve gotta learn to push through it.

Next, there were the unspoken inequalities of being a female musician in a male-dominated industry. For me, I grew up in the industry this way, therefore, while I was very aware of the differences in the way that women and men were treated in professional environments, I just accepted it and knew that in order to succeed, I had to work 10x harder than my male counterparts. And that, I did. I do, however, feel like I suffered through enough “locker room” talk to last me more than a lifetime. Thank you, next. 😝 But in all honesty, up until recently, if I were to walk on location for a job, with one of my male subcontractors (who was there working for me), the male would be approached first, spoken to first, and assumed to be the “boss”. I was usually assumed to be “the girlfriend”, or simply tagging along. I’ve even encountered some male workers, on job sites, that refused to speak with me about my audio needs, or refused to look at me, or were just so put off by the fact that a woman was asking for certain technical requirements, that they just wouldn’t provide what I needed, or did so, but huffed and puffed the whole way through it. So strange.

I know my business inside and out. I’ve done every single job from the ground up. On any given day, you could find me crawling around in the dirt, running cables and setting up sound systems, to executing contracts and production schedules, to collaborating on costume design, to video production and editing, to curating music and mixing audio, to web design, to marketing, to arranging travel….you name it, I did it. And so when people look at me like I’m just a cute girl who plays the violin, just a cute girl who couldn’t possibly understand her tech needs, it can be frustrating. But again, it’s just a little sting, and then I move on. There’s way too much work to be done to dwell.

Please tell us about Spags Music Entertainment.
My business is Spags Music Entertainment, and I provide entertainment for Special Events, including corporate events, weddings, fundraising events, and social parties. I became known as the electric violinist who strolls around your event, playing violin versions of pop tunes. It really was, and still is, my thing. I love it. However, just like any artist, there comes a time to explore other avenues, other creative outlets, and other opportunities. After I really established myself, in the Special Events industry, as an electric violinist, I began to expand upon my vision. I started bringing in other musicians and dj’s, and then I started bringing in dancers, aerialists, and costumers. I just saw this bigger picture. I saw all of these creative elements coming together in harmony. And so, I set out to learn and create something exciting and different. I now offer a variety of acts, from laser shows to dj/musician hybrid groups, to holiday experiences, and of course, I’m still holding it down with the strolling violin entertainment, but have expanded that to include a variety of performers!

One of the things that I’m most proud of is the group of entertainers that, over time, have become a part of this family. I’m an extremely particular person, in general. What that means is that I’m also extremely particular about the people that I bring into this circle. I need to know that, without uncertainty, this team will deliver in the most professional way, every single time. And they always do. I’m very proud of that. I’m also a details person. Because of this, I’m not always the easiest person to work for. I’m particular about how things look, how things sound, how things flow…but there is no question in my mind, the pay-off for being detail oriented is great, especially when it comes to the Special Events industry.

If you had to go back in time and start over, would you have done anything differently?
It’s easy to look back and say, I should’ve done this…I should’ve done that…if I only knew this…if I only knew that. But you can’t do that. You just can’t. It’s extremely important to recognize that all of that messy stuff in the middle, all of those times when you didn’t know up from down, and all of those zig-zags in the road that you opted for, instead of staying on the straight and narrow, were all integral parts in shaping the person that you’ve become. When I think back to those moments of battle, I think about how strong they made me. I would never be able to do what I do today, to continue to persevere, without having gone through each and every one of those steps. I’m very grateful for the process.

With that being said, my biggest takeaways are:
1. Follow your intuition.
2. Block out the judgment.
3. Be a good person.
4. Just go for it!!

In my opinion, those are the secrets to success, which I define as leading a joyous and happy life. And that type of success is something that I truly wish for everyone. 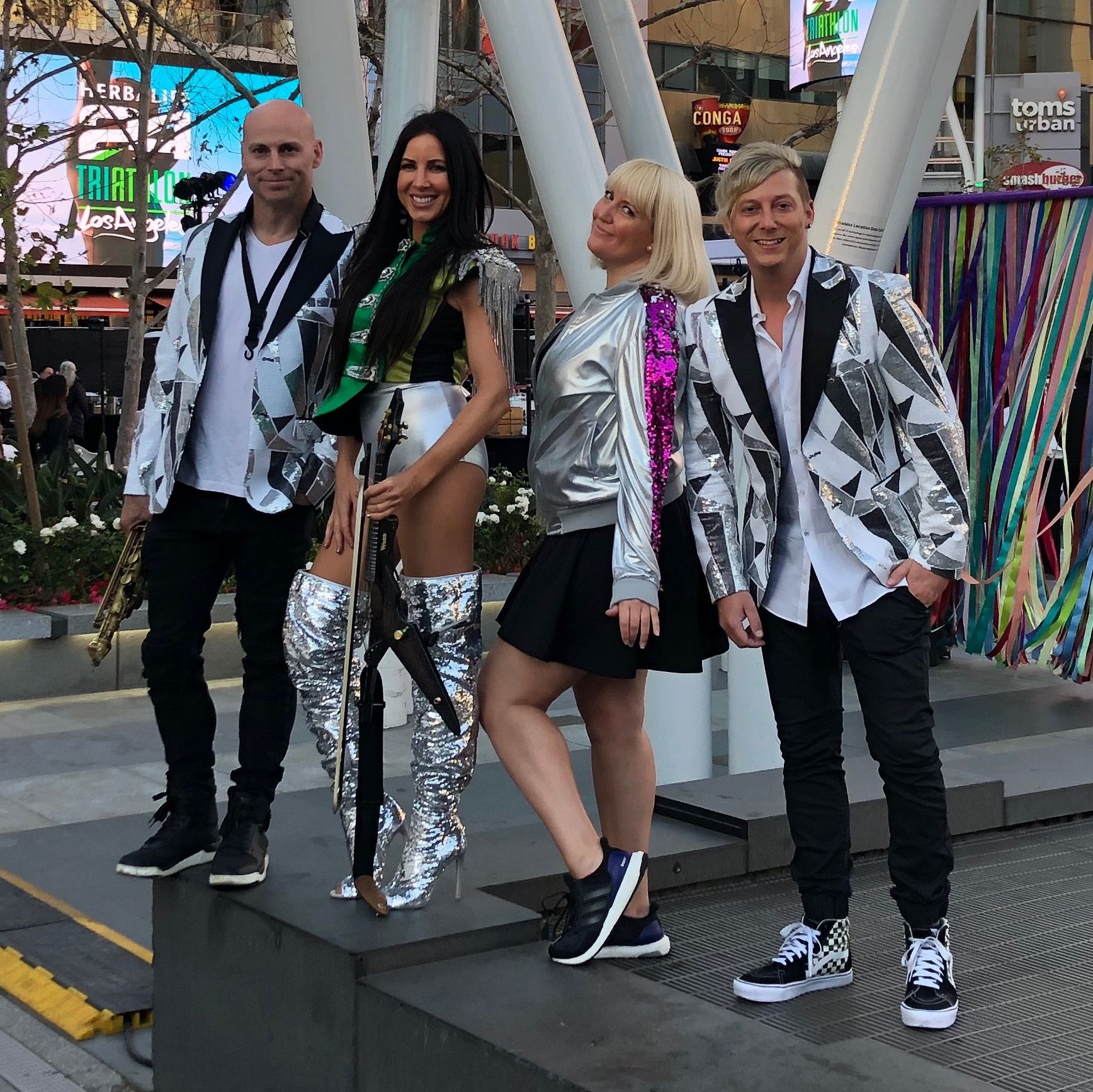 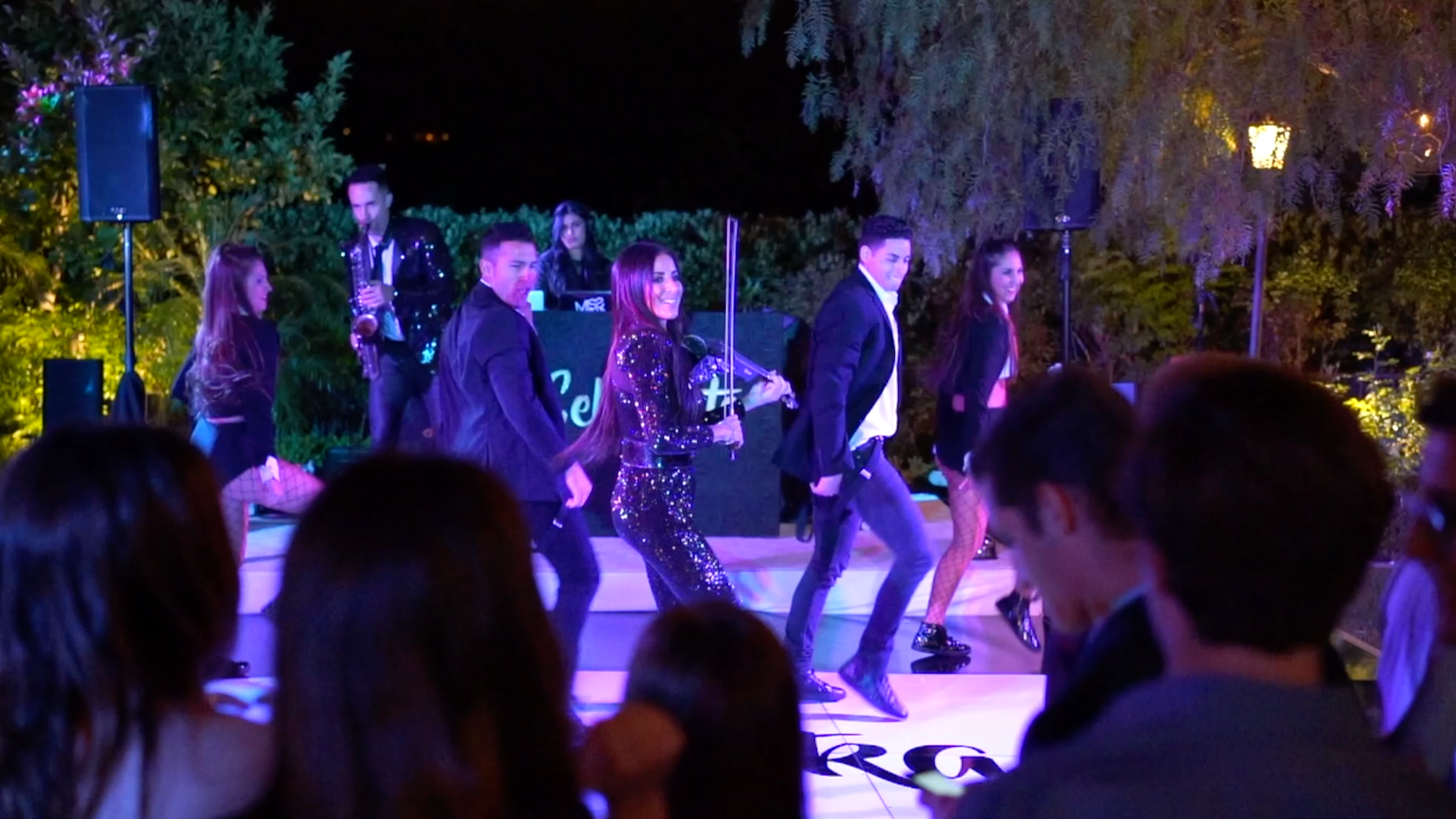 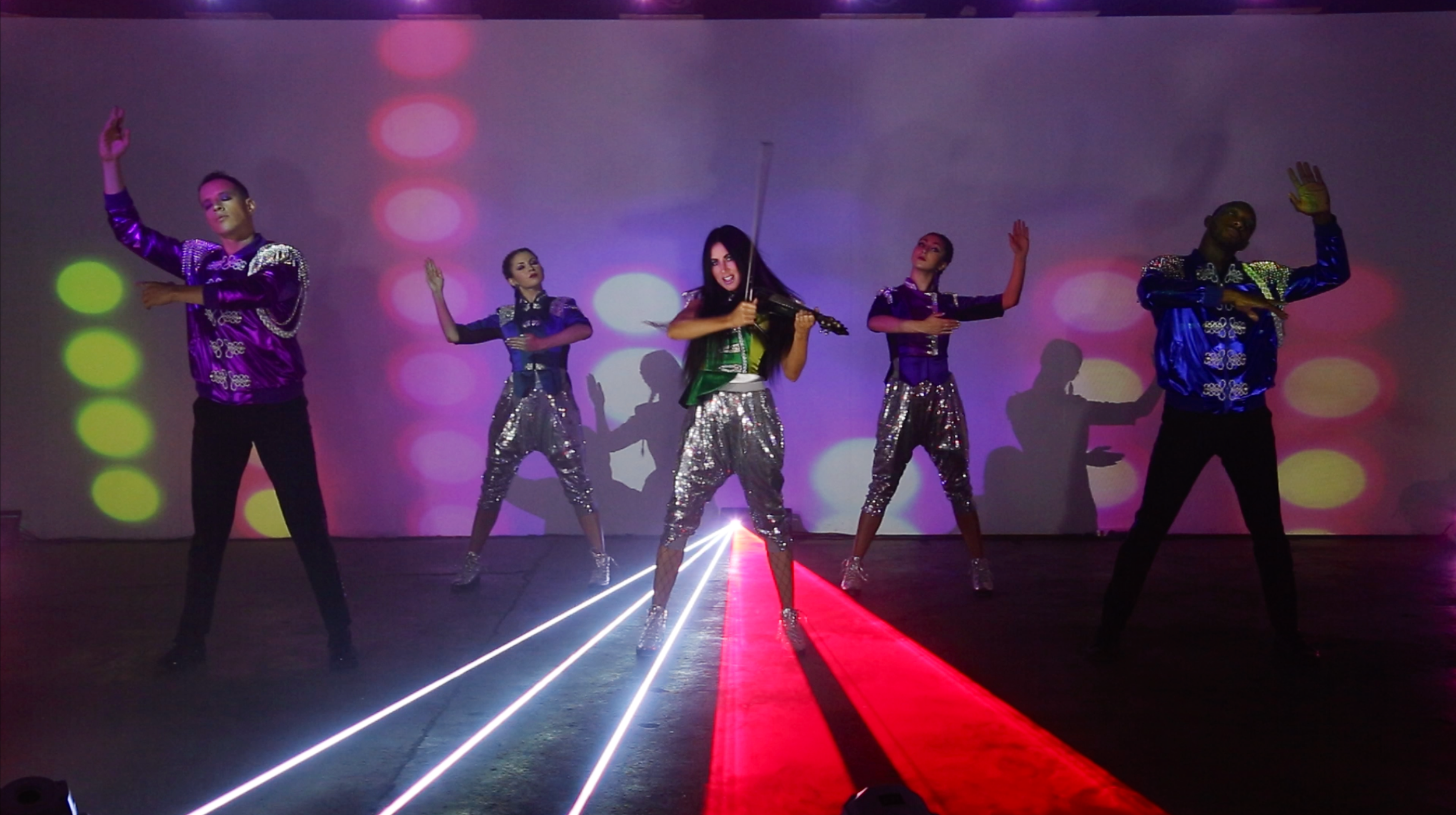 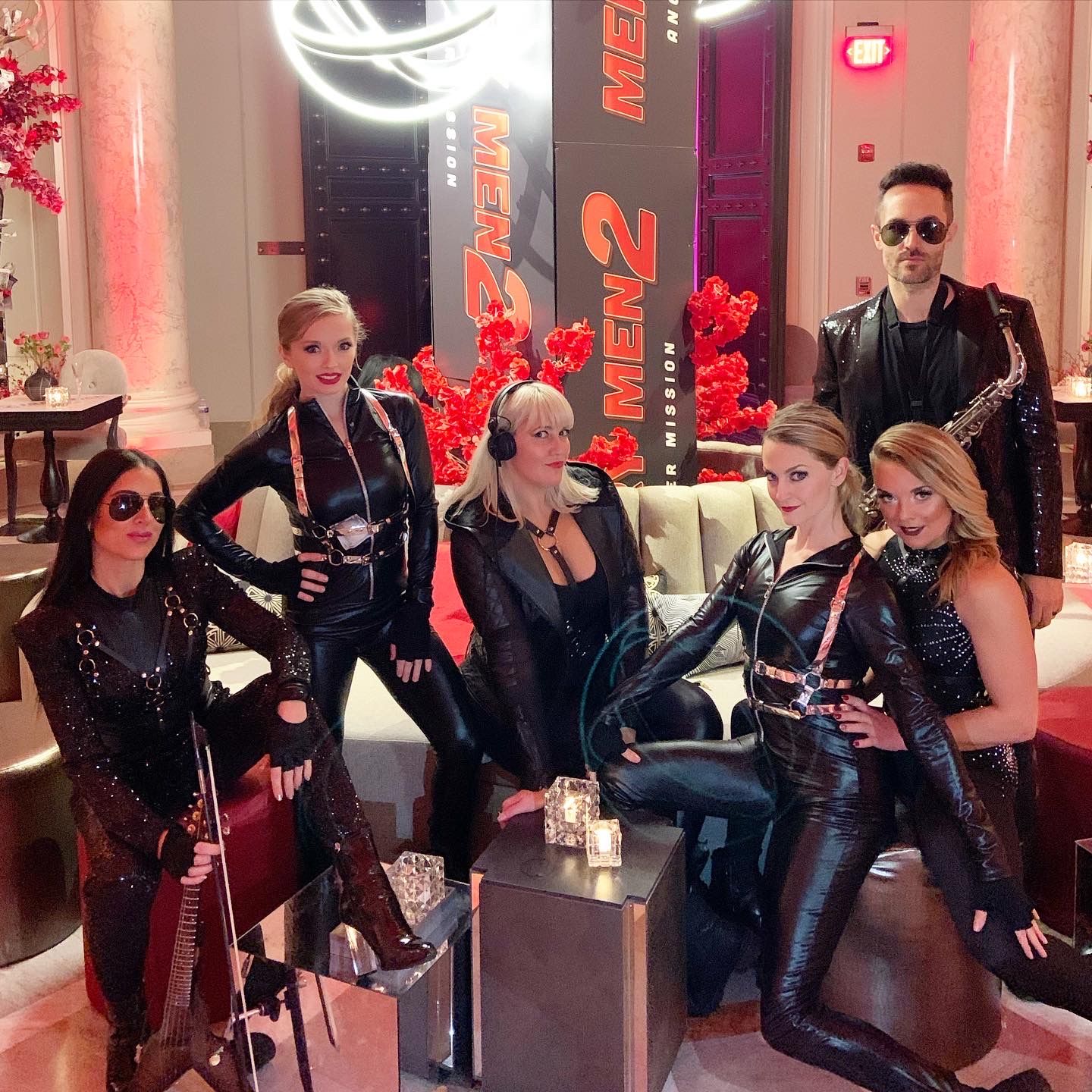 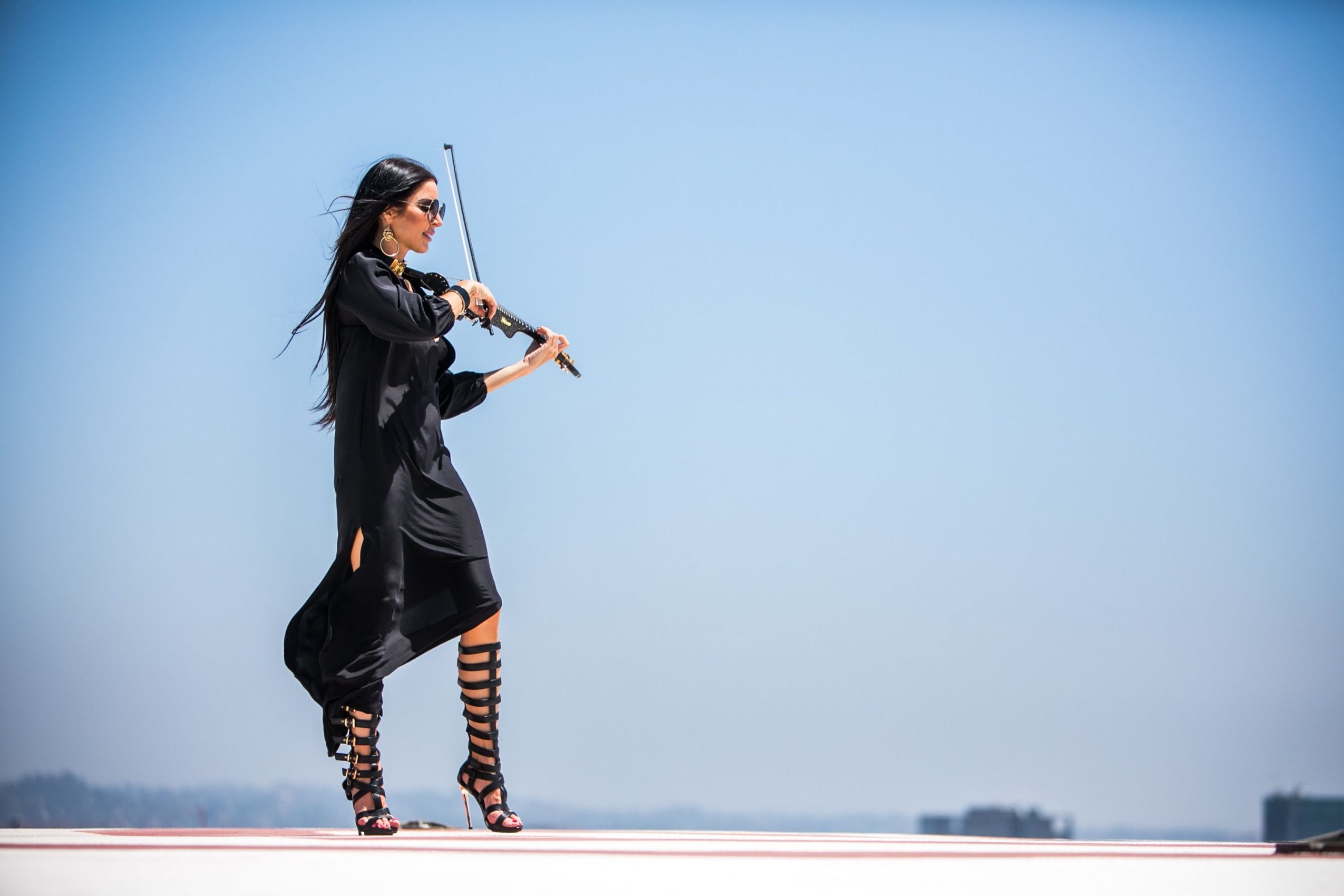