Meet September Penn of The Power of Song 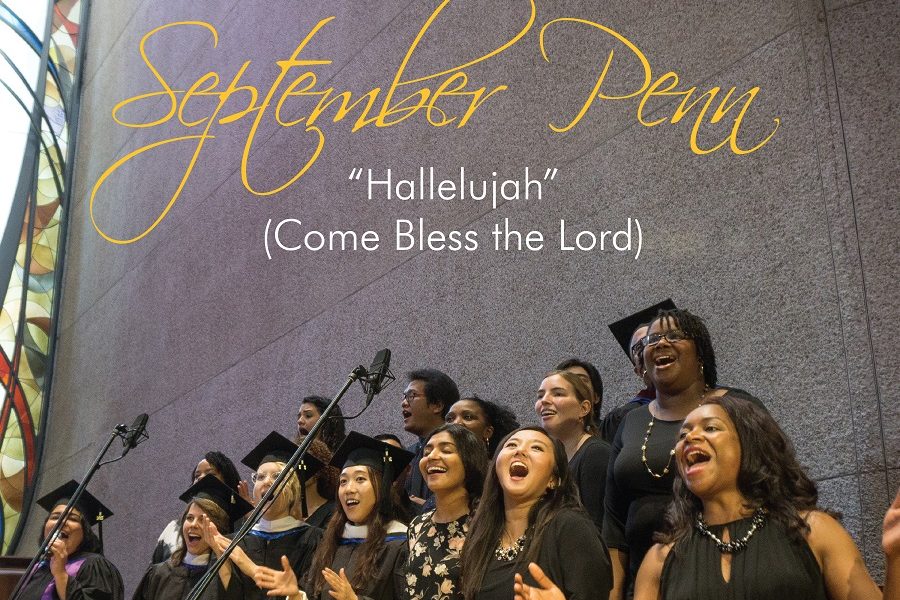 Today we’d like to introduce you to September Penn.

So, before we jump into specific questions, why don’t you give us some details about you and your story.
I’ve been singing my entire life, and I developed a love for theater in high school and college, where I majored in communications. I love storytelling through theater and musical performance, and I believe I operate in the greatest flow when I’m working in the creative space.

Theater work has taken me to Beijing, China, as the co-music director for a production with the National Theater Company of China, a play called “Passages of Martin Luther King.” The play was written by Dr. Clayborne Carson, a Stanford University history professor who was commissioned by Coretta Scott King to edit Dr. Martin Luther King Jr.’s papers. Dr. Carson named me a music director for his play. In addition to China, Dr. Carson picked me as the music director for the play in East Jerusalem and on the West Bank, where we performed under the auspices of the United States Department of State with the Palestinian National Theater as a cultural diplomacy mission.

I’ve presented our organization’s work in Kenya, Africa; Tokyo, Japan as well as across the United States. In early 2020, The Power Song Inc., now in its fifth year, was contracted by the Beyonce Mass for me to serve as the music director and some of our musicians to provide music support for services in Claremont, Calif.; Atlanta, Ga.; and Washington, D.C.

I am also a pastor. I’ve avoided this title for years, but I’ve started leaning into what that really means for me. I graduated from Fuller Seminary this year with a Master’s in Divinity that focuses on Worship, Theology, and the Arts. And I am currently a candidate for ordination through the PC(USA) church. Lastly, but certainly not least, I am a wife and a mother of three young people. These roles have often required me to put my own desires on hold so that I could be a supporter of others. I’m okay with that. God has preserved my youth, and my time is now.

I most recently released two singles written while I was in Seminary – “Through His Brokenness” and “Hallelujah (Come Bless the Lord). Both are available for download on all streaming platforms.

Overall, has it been relatively smooth? If not, what were some of the struggles along the way?
I’m a black woman in America. Nothing has ever been smooth. Along with balancing family, job assignments, and passions, I’ve also had to often justify my existence. There have been times when my presence was questioned – “Why did she get the contract? Why is she running the show?” There have been situations where I had to basically rehearse my resume to justify why I had been invited to the table. This is an interesting dilemma because I actually handle the situation differently depending on the scene, country, and culture. Here in the states, I totally stand my ground even if that means I rehearse my credentials. When I worked in Jerusalem on a project, I recognized that to get the job done, I would have to acquiesce to the culture. The goal was to produce a good show, not show that I was the boss. I did whatever was necessary for the show to be a success.

Currently, as we all navigate this pandemic, I am creating online programming such as webinars and workshops that utilize various performance techniques: story-telling, vibrations, and of course music.

The Power of Song – what should we know? What do you do best? What sets you apart from the competition?
The Power of Song, Inc. essentially lives out its name by demonstrating the power that is found within music. We carry out our mission by educating youth and communities about the Civil Rights Movement and social justice issues through song, theater, and art. While we specialize in big productions that offer a multi-media narrative journey loaded with heritage music of gospel, soul, and spirituals and even hip-hop, we also offer smaller ensemble presentations and one-woman reviews (me, September Penn). We are most proud of being able to tell our history and our stories in song and artistic expression.

One radio-announcer dubbed our production as “edutainment.” He said that it offered a great education while entertaining the audience. We are also proud of the fact that we are known for bringing all types of people together. We cross all types of divides – denominational, racial, cultural, ethnic, and organizational. We bring together people from all different walks of life to make art and to learn from each other. We have helped to establish and foster mentoring programs between organizations that had never worked together before. One component of the mentoring takes place between the professionals, the young artists, and the community participants. We bring together professional artists from California, New York, and Atlanta, and elsewhere to work with youth and community participants to offer lessons, instructive guidance, and help them work on their craft.

What is “success” or “successful” for you?
Success is inspiration! If we are able to inspire someone and motivate them to action, then we have succeeded. One example of success is a young man who has worked with our organization from the very beginning. He had been bullied even suffered a concussion from a fight at school. His grades had plummetted, and his mother was concerned about his mental state. He played the viola but had lost interest at some point. We started working with him in our production and connected him to various musicians in the community. I watched this young man in the rehearsals. He was featured in a scene that discussed police brutality and the plight of young black men. With each rehearsal, and with each round of productions each year, I watched him bloom. His countenance changed from being cautious to more relaxed and even jovial. We connected him to a Grammy-winning violinist who offered him zoom lessons. All of these experiences enabled this young man to find his confidence and become a better version of himself. That is success! 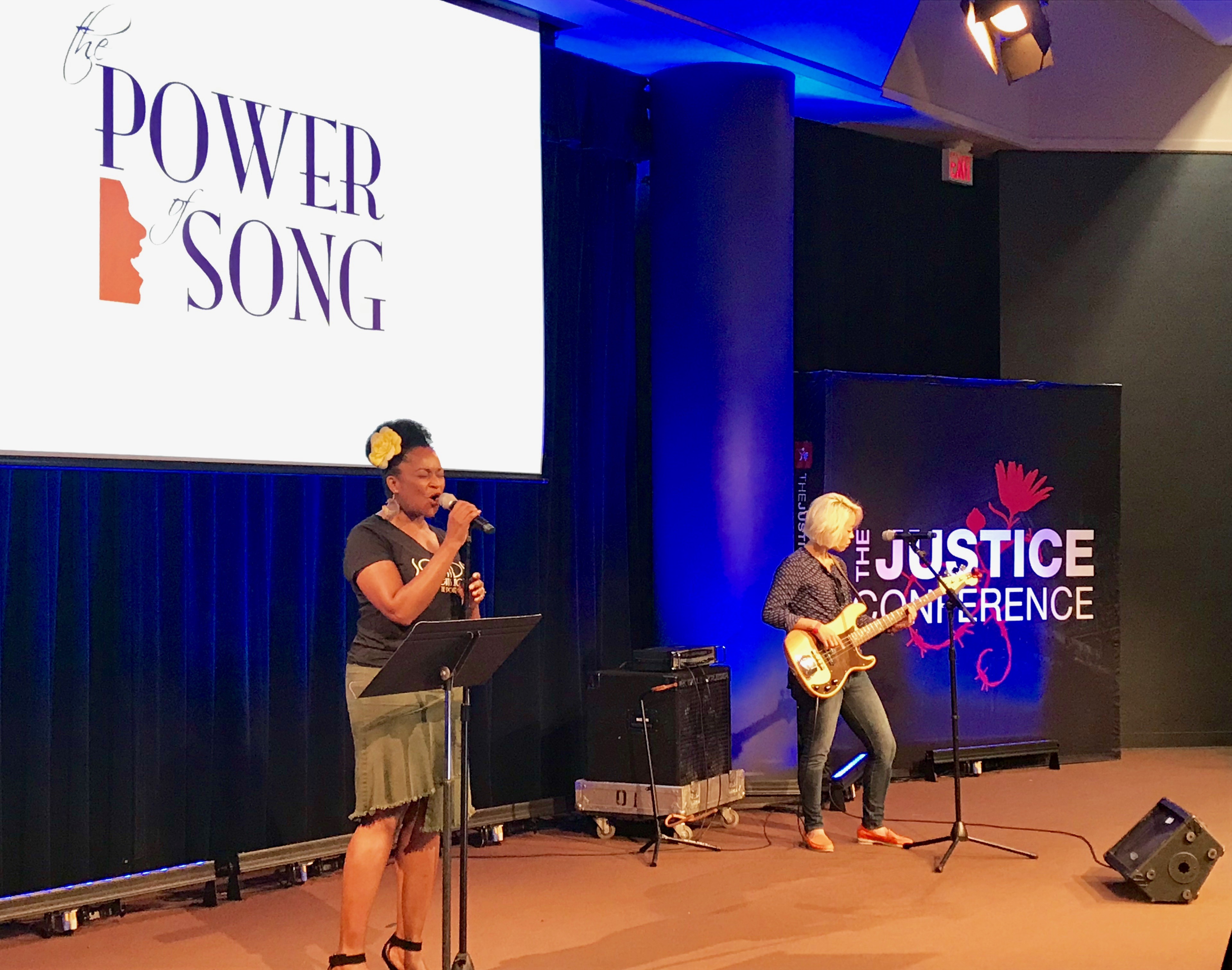 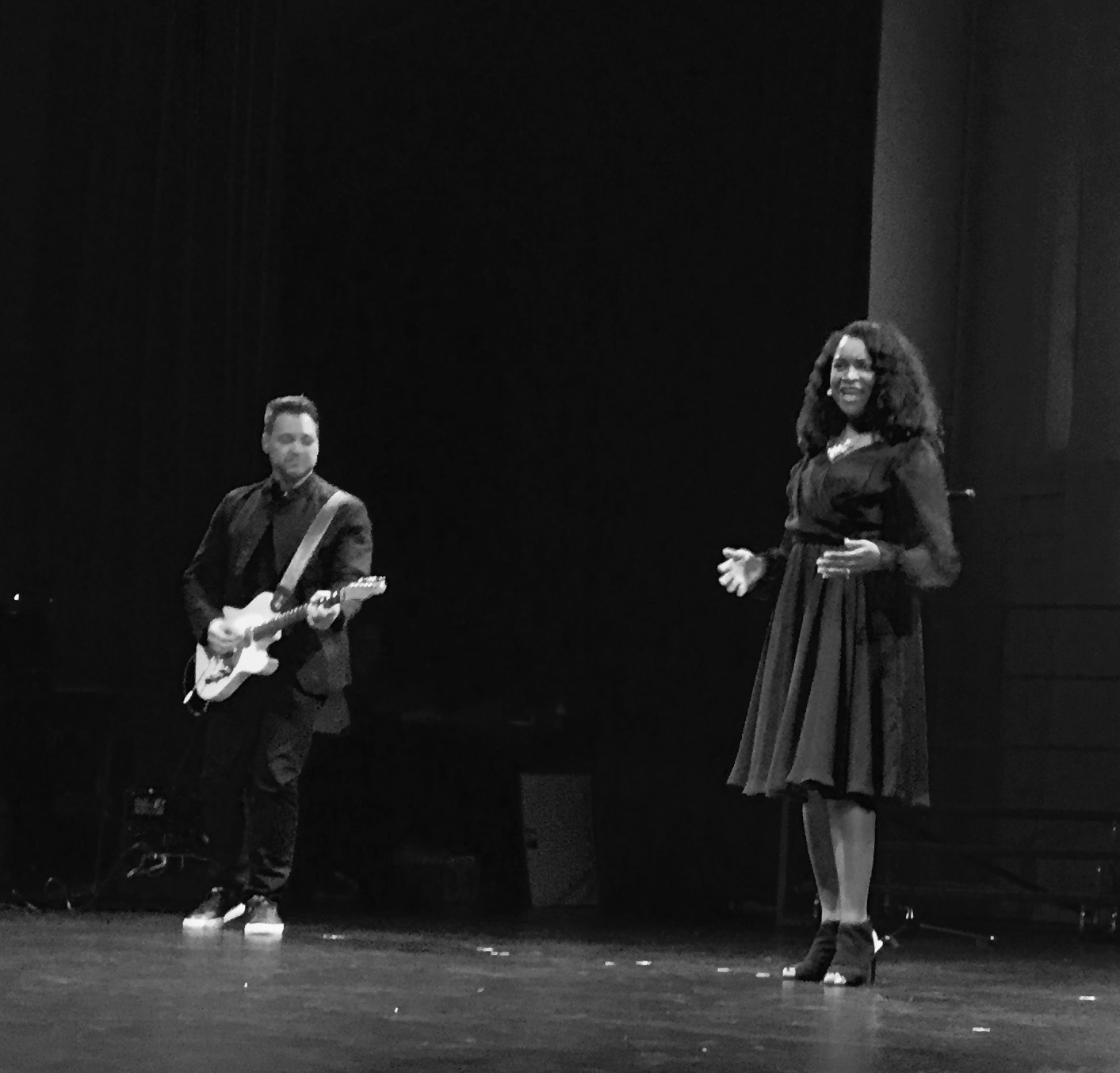 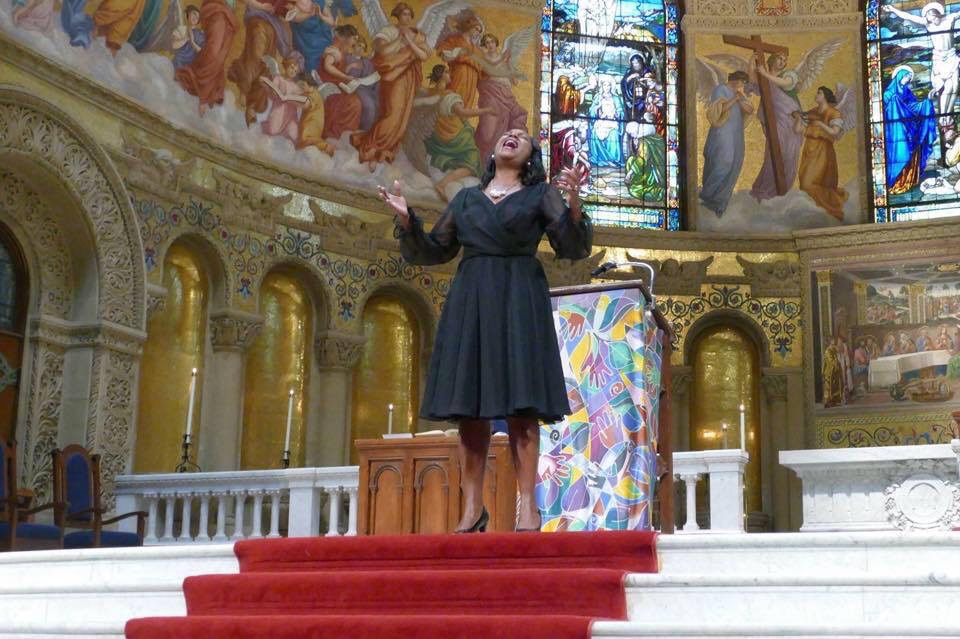 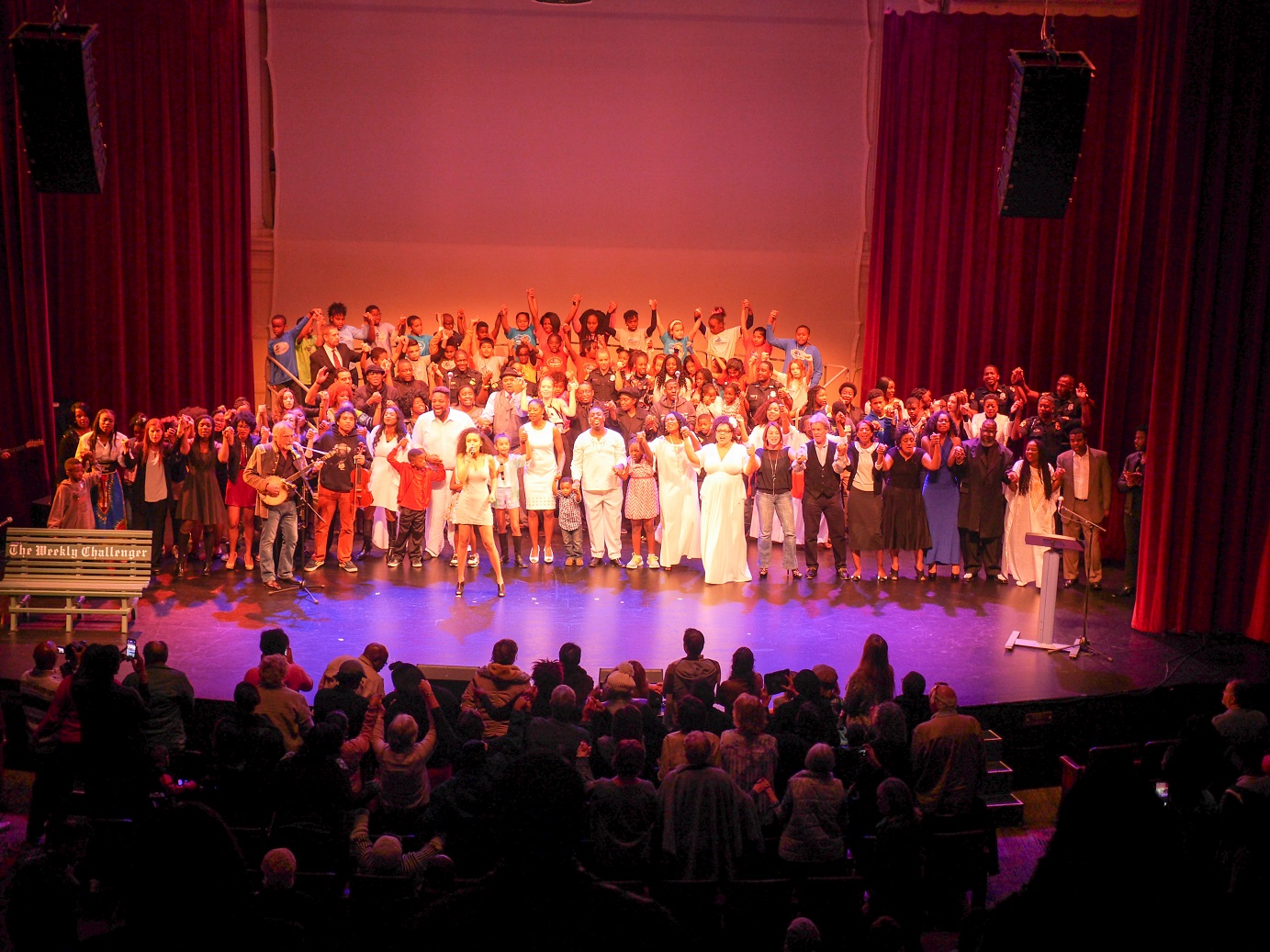 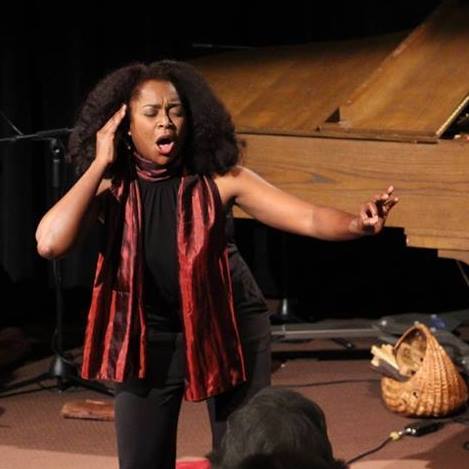 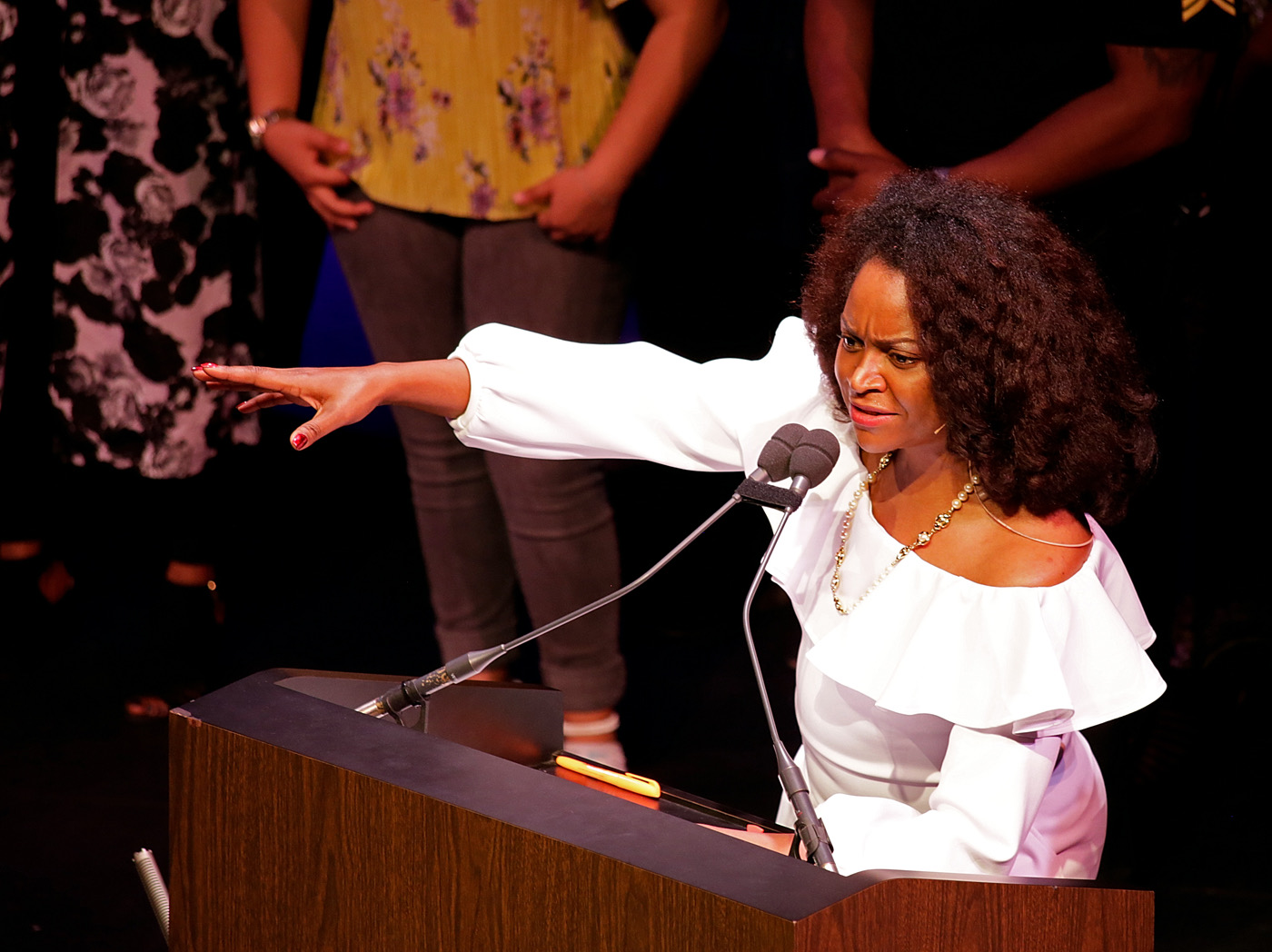