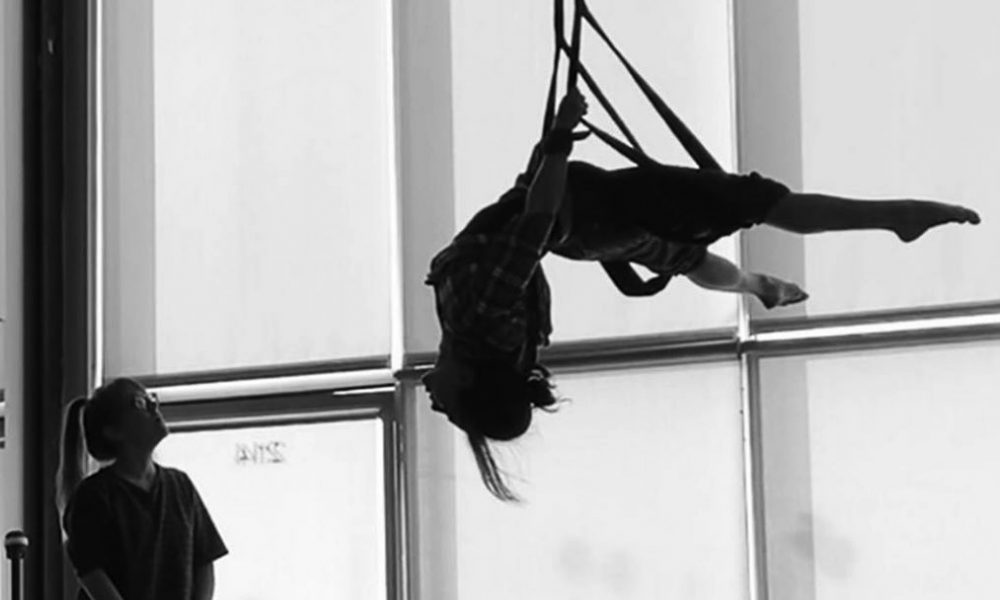 Today we’d like to introduce you to Selkie Hom and Erin Brown Thomas.

Thanks for sharing your story with us Selkie and Erin. So, let’s start at the beginning and we can move on from there.
Erin: In short, I’m a filmmaker who came to aerial and Selkie is an aerialist/ dancer who came to filmmaking. We’ve both been storytellers for most of our lives, and so when we met it was very natural to start creating together.

Selkie and I met via Mark Wildman. At the time, Mark was training me in silks, but he was about to leave for Europe to be a set trainer on Wonder Woman. Selkie stepped in to train me, and we quickly became friends.

Around that time, the film festival Dances with Films was screening a short of mine. In conjunction with the festival, Blackmagic cameras was holding a 48-hour film contest in which they provided the cameras, and we had two days to create anything we wanted. I was chosen to participate. I was stoked to have a free camera to play with for a day and asked Selkie if she wanted to have some fun with me. She instantly bit and began to scour Los Angeles for an interesting place to tell an aerial story. She found the bridge, brought her rigger friends to the scene, and the result was “The Chain,” our first aerial art film

Selkie: We probably knew that this was the birth of something special, but it was not an active choice, really. It just sort of… happened. I had always had a fascination with the idea of renegade aerial, putting something as inherently impactful as aerial into uncommon performance spaces, unexpected places. This, to me, forces the viewer out of a state of complacence and transports them into the realm of the extraordinary. I believe, unconsciously, that the experience of seeking out the bridge touched on this old dream and called it back into the forefront of my mind. So when a friend offered a beautiful backyard with epic oak and a haunted feeling, “Once Upon a Dream” came into being quite quickly.

And the stories kept rolling on from there. Due to the support from incredible friends, our films for fun (and the sheer love of the medium) began to gain real traction and the response encouraged us to keep pushing ideas and making more. The more we created, and the more we pushed that medium to hold the stories that we wanted to tell, the more we realized that we did have that something that was special. Because it was special to us.

Erin: It was after “Young and Beautiful” (our most highly viewed film to date) that Selkie and I officially created our production company, Versatile Assassins. Tagline: We tell complex stories about the human condition through the aerial arts.

Versatile Assassins now has a Patreon account which helped us finance, Human, our most recent film. (Shameless plug – go check it out!)

Selkie and I have dozens of video concepts in development and are in the process of deciding which one to film next. We are also looking for collaborations that make sense with our brand. We’re ready and eager to make more.

Has it been a smooth road?
Selkie: This is an interesting question. In many ways it has been such a smooth road that we barely knew that we were on it until we were already on our way. The enjoyment of creation and the incredible response that we received from each piece perpetuated the desire and motivation to create more. And so we did. And all of a sudden I found I had an outlet where I would be listening to a song while driving in the car (Young and Beautiful for example), a story would begin to form in my head, and I would call up Erin, and away we would go. It was that easy… in a way. But the other side of that conversation comes from the fact that this was (is) a passion project. And as many of you may know, there just is not much that is… well… smooth… about passion projects. They take a lot out of you… but this is why we love them. Because they take those pieces of you that you did not know you even had the energy, time, money to give. These films have been primarily self-financed, pulling all manner of incredible favors from amazing people in order to get them done, accomplished in the very small amount of time that Erin and I could find in order to make them happen. But that is also a part of what has made them so special. So, let me put it this way: has it been smooth? As silk. Has it been easy? No. And thank God for that.

So, as you know, we’re impressed with Versatile Assassins – tell our readers more, for example what you’re most proud of and what sets you apart from others.
Selkie: Well, the simple answer is that we make aerial arts films. These films attempt to convey profound truths about the human condition through movement- a universal language of sorts. Because (as of yet…) no words are spoken, it is a narrative style that touches on something beyond language. Something a bit more primal if you will.

There is much about these pieces that I am proud of, but at its peak I am proud that people from all over the world have connected with these films because they touch on something deeply human without explaining to you what that is- they simply let you feel it. The idea being that in taking a journey with me as I move through the air, something is released in you.

Is that terrifying? Absolutely. As our last film touches on, there are no answers that are being given. There are no large statements of truth. It is much more interesting to see what it brings out in you. To hear and know how the pieces can be absorbed and personalized by the audience.

Erin: There’s such a strong connection between fear and advancement. No one grows by sitting around and remaining comfortable. I’m proud of the fact that we are always pushing ourselves — doing what scares us. For Selkie, that means dangling 100 feet in the air, performing on silks in intense wind, blindfolding herself, or performing in pouring rain and freezing water. For me, it’s production hurdles — finding creative ways for us to take on more and more challenges with a limited amount of time and money. The days are long for Selkie (because she’s doing aerial all day), but for me they fly by. And for both of us, it would be easy to say, “No, let’s come up with a manageable concept.” But, that’s no fun, and it’s certainly no way to approach storytelling. So instead, I prepare, I execute, I learn, and I gain new experience each time we take on a film.

It’s our shared commitment to this growth that separates the Versatile Assassins from other companies that are making dance films or showcasing aerial performances. We are adding the aerial component to the screendance genre, along with all of the daring hi-jinx that comes with the territory. Similarly, you can find a lot of videos on YouTube where aerial performers in costumes execute routines on camera in order to tell a story (almost as if a circus act was caught on tape). We take another approach and tell stories with every tool in our arsenal—setting, production design, sound design, lighting, cinematography, wardrobe, etc…

We want quality engagement with the people we are making our art for. We want to deepen the conversation about the human condition, and we want to use aerial dance as a conduit for that discussion. Of course, we have goals around our art. Once we put Human out into the world we wanted people to see it. It’s more rewarding to create art for an audience than to create it in a vacuum. However, I like to set personal benchmarks for success that I can control. I ask myself: Are we creating something worthy of existing in this world— or are we adding to the noise? Is our art honest? Is it authentic to my own experience of living in this world? Are we exploring new ways of sharing age old truths? Are we taking steps forward in discovering our own voices and our collective voice as a company? These are the things I can control.

Selkie: In many ways the definition of success that I would give has already been achieved. It is about the comments that I get on a regular basis letting me know what the pieces have meant to the viewer; that they have been touched by it, connected with it, or seen themselves in the piece. That means that we have effectively touched on that deeper story. Success has always been about accessing that authenticity and creating something that makes people feel. For me, it has always been about connection and depth. I am just so blown away every day that I have the opportunity to express in this way and that people have continued to respond to that in the way that they do. It’s absolutely incredible.

As far as success and a goal for the company? It is not an endpoint in my mind, some specific thing that we are trying to achieve where we will get there and say ah ha! We’ve made it. If there ever was such a point, we have already passed it, and how great it that? But I do want to continue to expand that reach, to keep in the conversation, to keep creating things that are meaningful, to keep pushing the boundaries of what is possible, and as a result of that push- expand peoples’ concept of what is possible for themselves. And if, in that process, we can provide the means for continued creation… well what more can one possibly need? 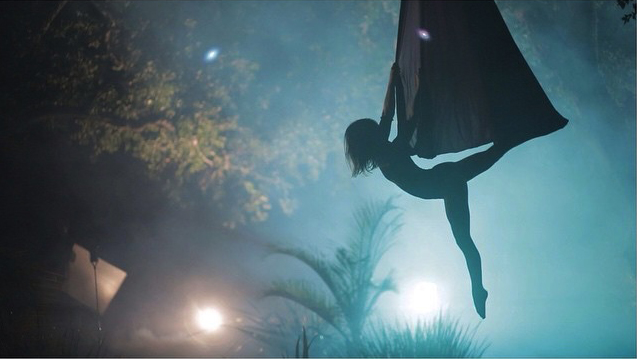 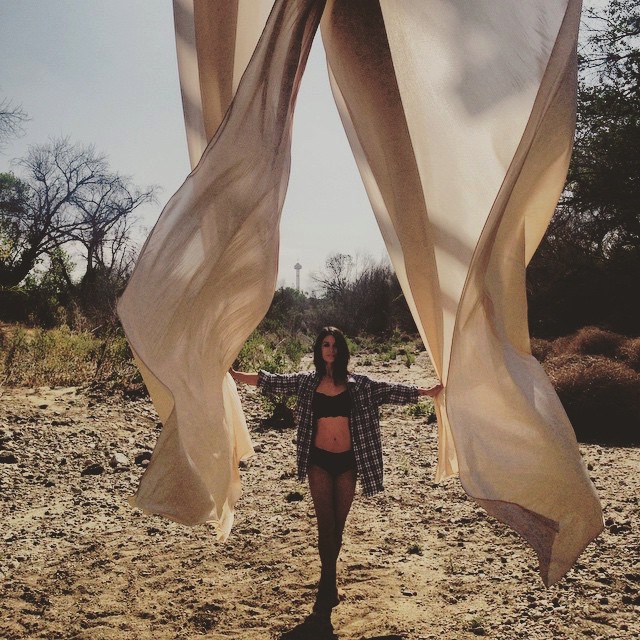 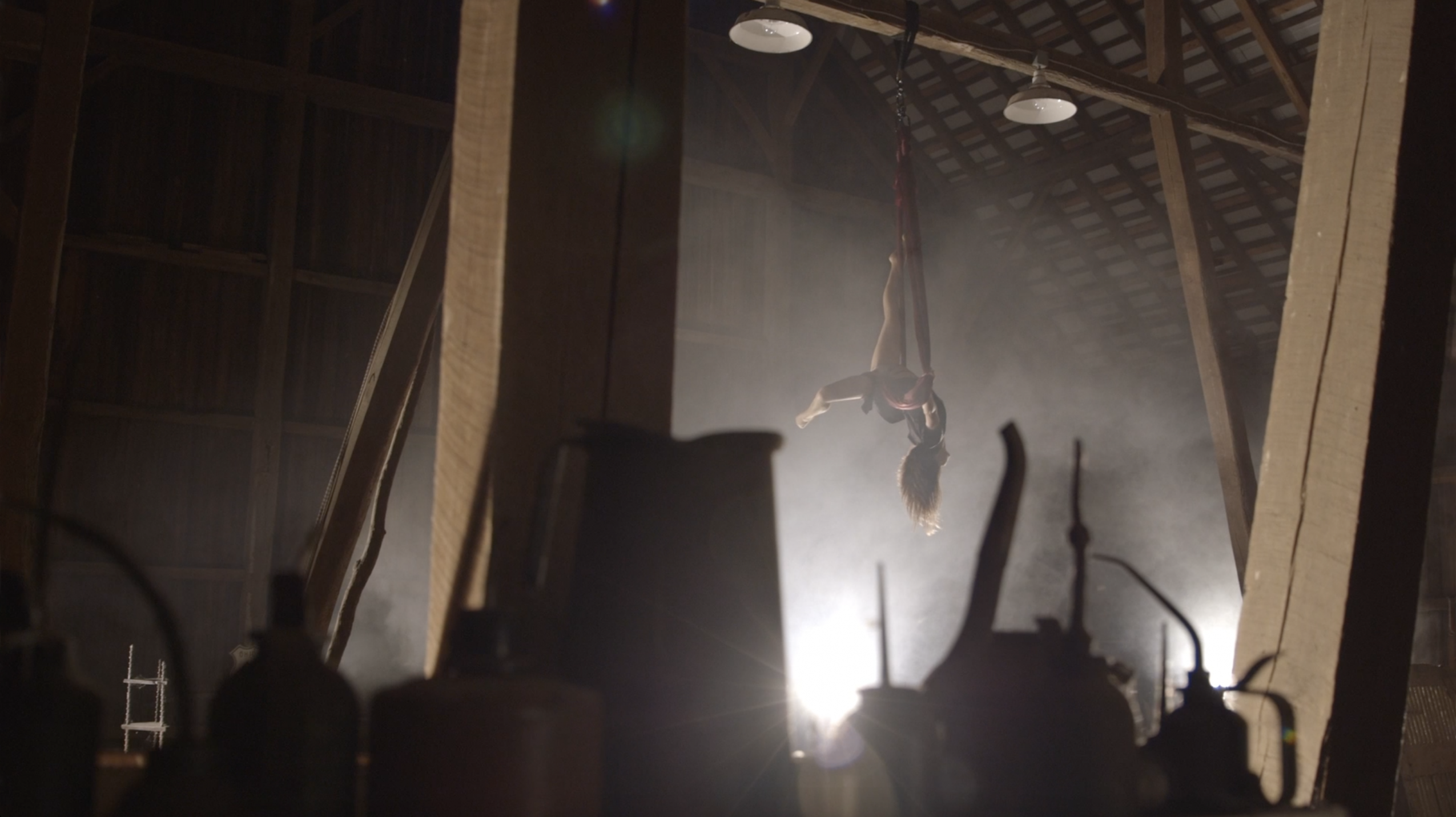