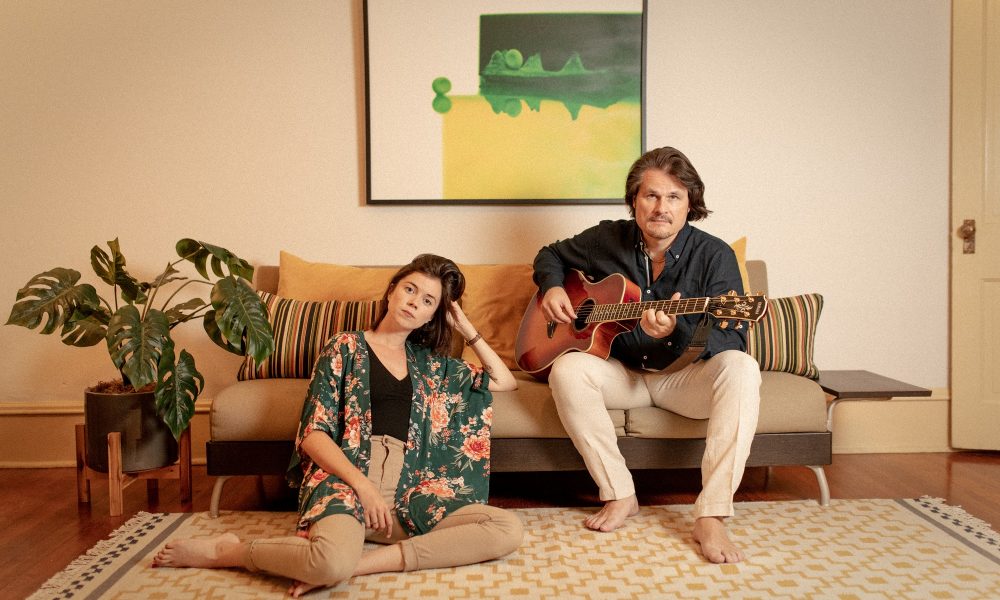 Today we’d like to introduce you to SAM & JAK (Sam Stokes and Jurgen Kramlofsky).

Thanks for sharing your story with us SAM & JAK. So, let’s start at the beginning and we can move on from there.
Sam’s story:
I grew up in a very creative and musical family. My grandfather was the first chair clarinetist of the Hollywood Bowl Orchestra in the ’30s and ’40s. My mom was a singer looking for a band and my dad was in a band looking for a singer – they both called the same agent and the rest was history!

Growing up in such a creatively stimulating environment is so special and so unique. I feel so fortunate having learned how to play and sing music with such inspirational people around me from the very beginning.

But one of the disadvantages of this environment, it’s hard to figure out who you are and what your creative voice is when everyone else has so clearly defined their own. I knew I always wanted to write music and felt that I had things to say, but I didn’t know what my creative “voice” was.

It wasn’t until I moved to study abroad, that I met a guy named JAK. JAK is an amazingly talented composer and guitarist, who has been told on many occassions “How can you make the cheapest guitars sound so good!?” He grew up in Germany and from a not so creative family, he always calls himself the black sheep of the bunch, but had a calling to make music, no matter what. In the 90’s he came to LA to study at the Grove School of Music and upon returning to Germany, followed a career in film composing and live performing.

So anyway, flash forward to 2013 in the Black Forest in Germany that SAM & JAK met at a mutual friend’s birthday barbecue. We were playing music together in our jazz band throughout Southern Germany when he one day asked me “Would you like to write a song together?”

I had no idea what I was doing, but of course said, “Yes!” We got to writing and figuring out our styles and inspirations that within a year we were recording our first all-original album called “Just Call Me Sam.” It was a success and taught me so much about my inner voice as well as the nuts and bolts of writing, recording and producing.

If I hadn’t moved away, I don’t know if I would have ever had the space and objectivity to discover my creative voice.

By the time 2018 rolled around, JAK and I broke off from the band, in good spirits, to create our duo, SAM & JAK. It’s an indie, folk, blues band with focus on strong melodies and unique guitar hooks.

We’re always bombarded by how great it is to pursue your passion, etc. – but we’ve spoken with enough people to know that it’s not always easy. Overall, would you say things have been easy for you?
It’s absolutely had its challenges. I mean living in Europe for six years was so special and helped me grow immensely, but it was heartbreaking to be away from my family in San Diego for such a long time.

Like I mentioned, I think that distance was key to my personal growth and allowing me to clearly define my creative vision moving forward.

Please tell us more about your music, what you are currently focused on and most proud of.
Our music is real. It’s about real people who’ve lived real lives and is not chasing some trend. We’ve created music videos for each single we’ve released to help share a visual story to tell the stories of our songs.

The October single is titled “If I Would Die Tomorrow”:
https://www.youtube.com/watch?v=K7oW-NaMsAQ

It follows four alternate endings of someone’s life and explores the concept of how we remember people not only for the lives they lived but for the way they die. It was shot in four different cities (Los Angeles, San Diego, Anza Borrego Desert, and Austin) over the time span of eight months. This music video was shot by Six Degrees Creative https://www.sixdegreescr.com/

The latest single, came out on Thanksgiving, is titled “Humble Vanity”:
https://www.youtube.com/watch?v=EuauCA7jTEQ

This song is an uplifting folk song reminding us that the right dosage of self-love is important and not narcissistic in the slightest. We can lean on our friends and loved ones to help build us up, but never forget to pat yourself on the back and show yourself some lovin’.

The music video was shot by Chris Warren https://www.chriswarrendp.com/.

Has luck played a meaningful role in your life and business?
I think with anything creative or ambitious, luck is a huge factor we absolutely cannot control. However, we do believe you won’t have any luck just sitting watching Netflix from your couch every night. Luck comes to those who put themselves out there, hone their craft and do everything possible to put themselves in rooms with the right people who might want to work together.

JAK and I met through luck. We were at the same birthday barbecue from a mutual friend in Germany and they were having a jam session and we got to jammin’. What came after that, was hours and days of hard work. Never in a million years could we have planned that meeting, so luck sure helped us make it happen! 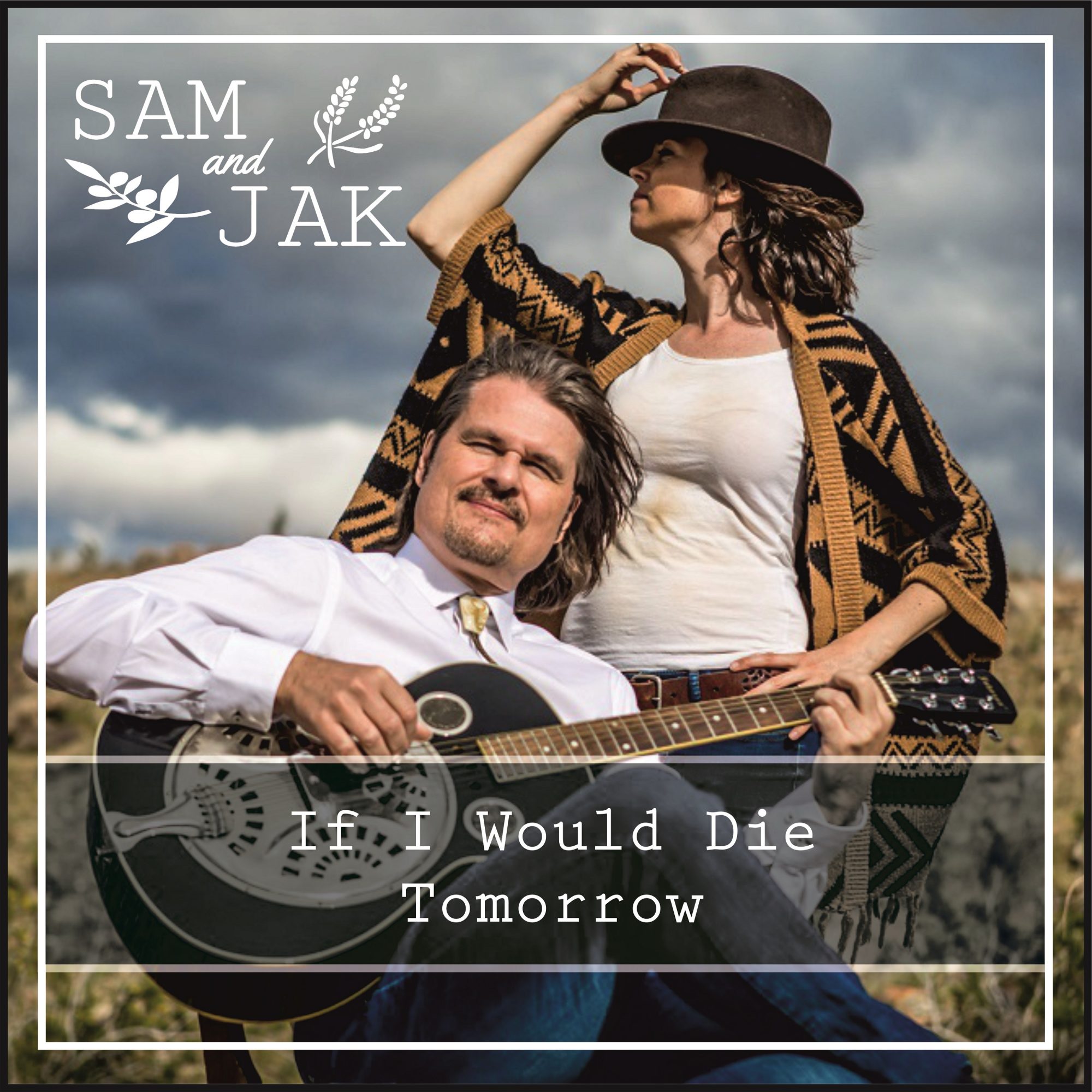 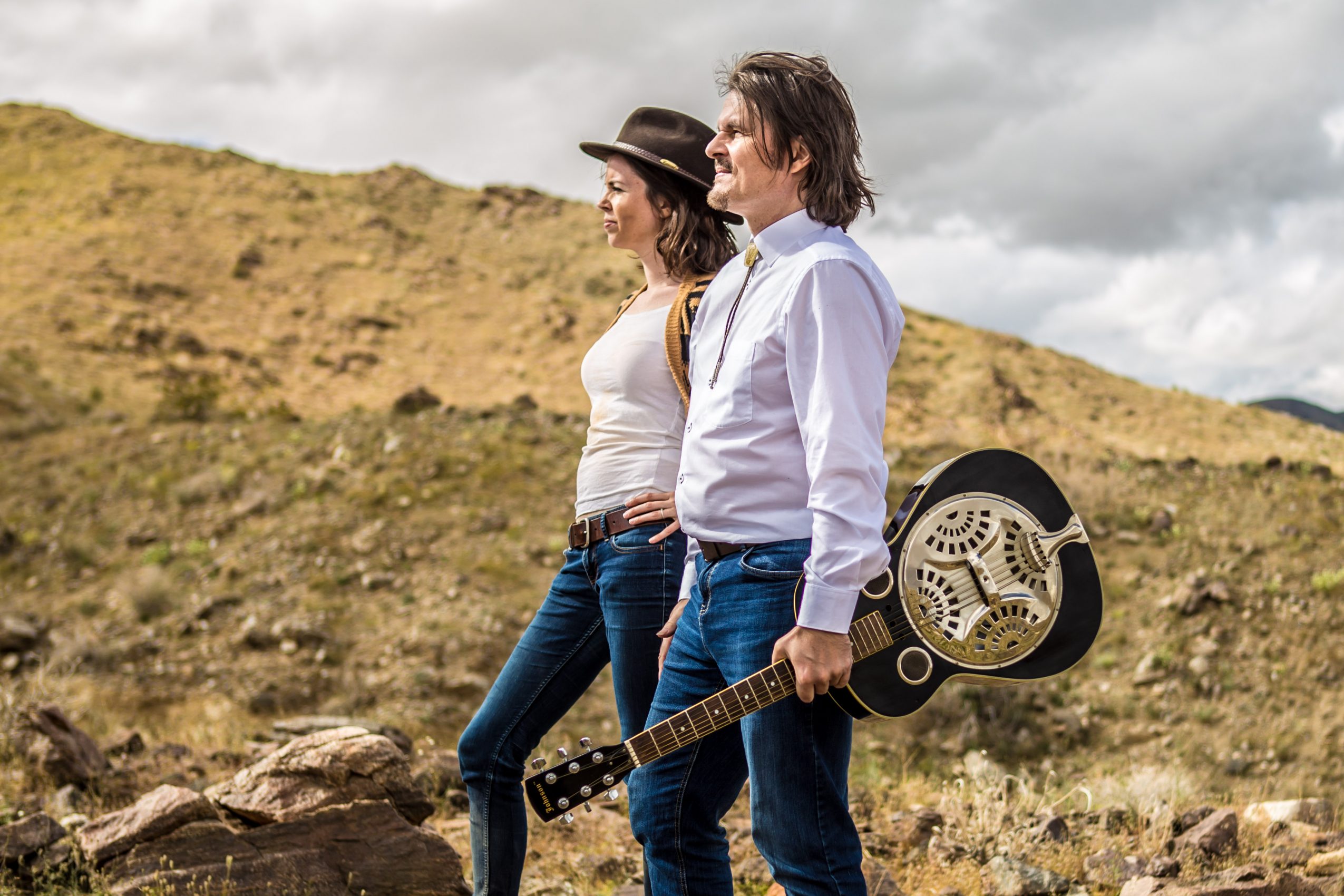 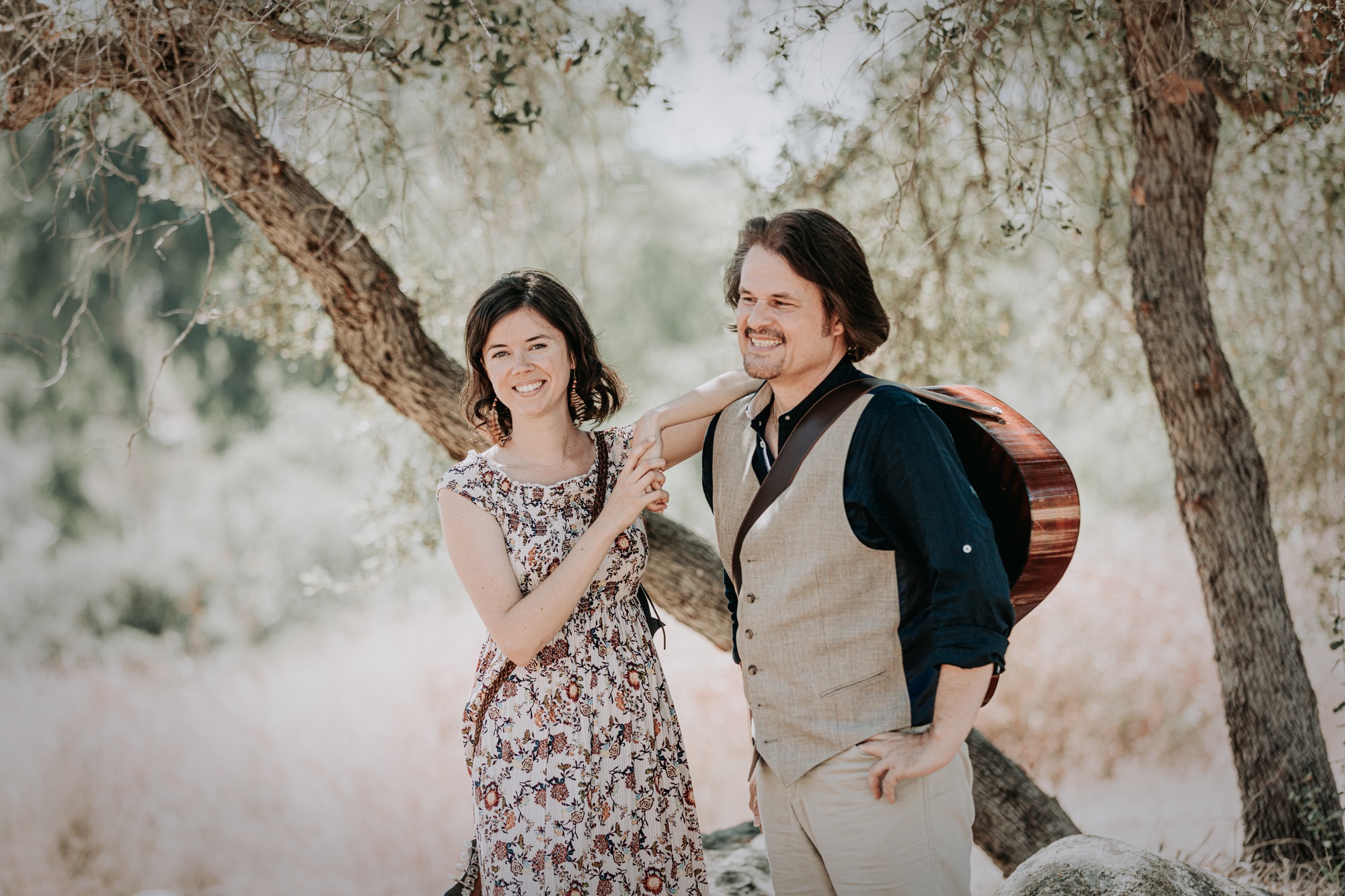 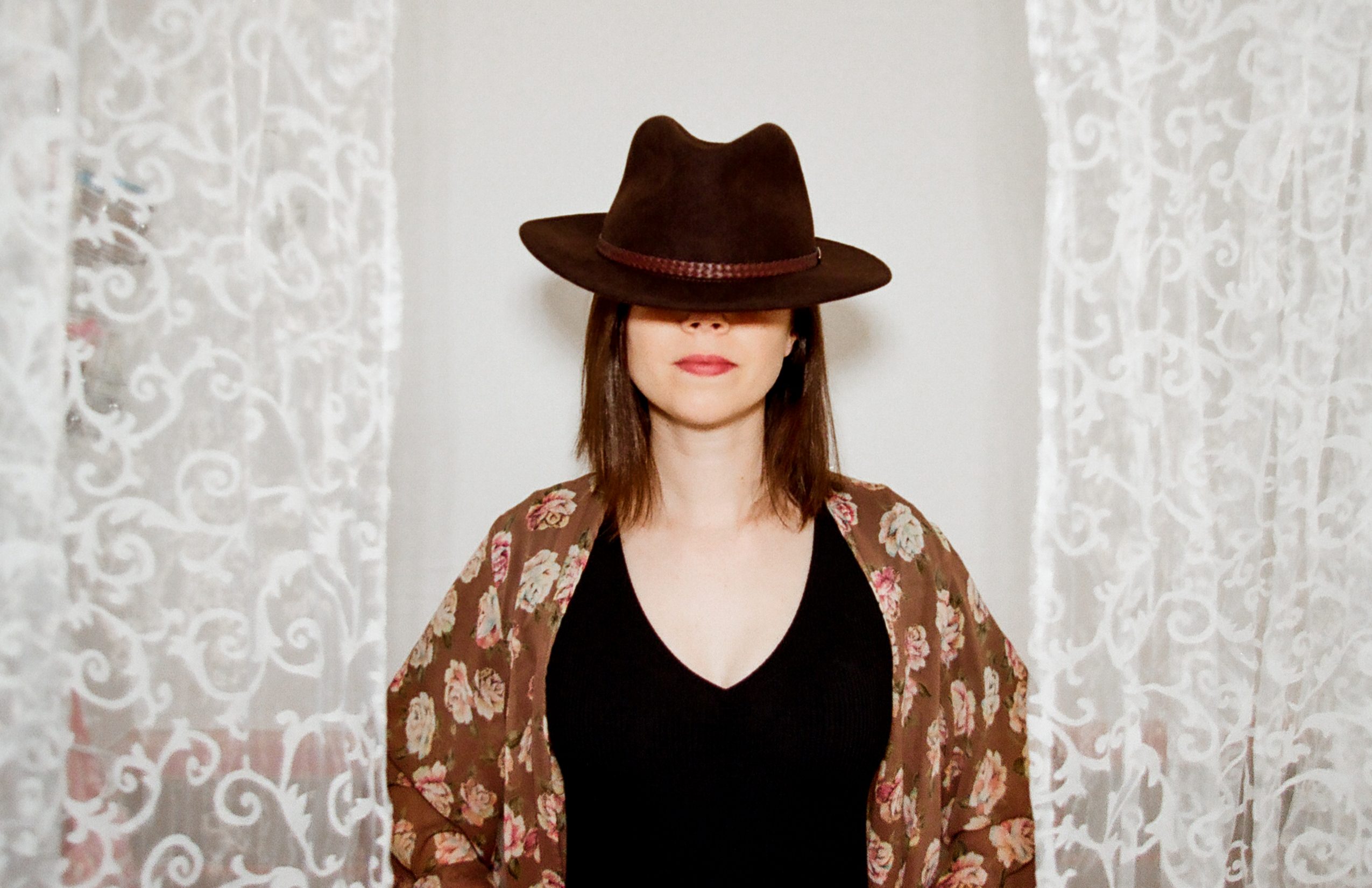 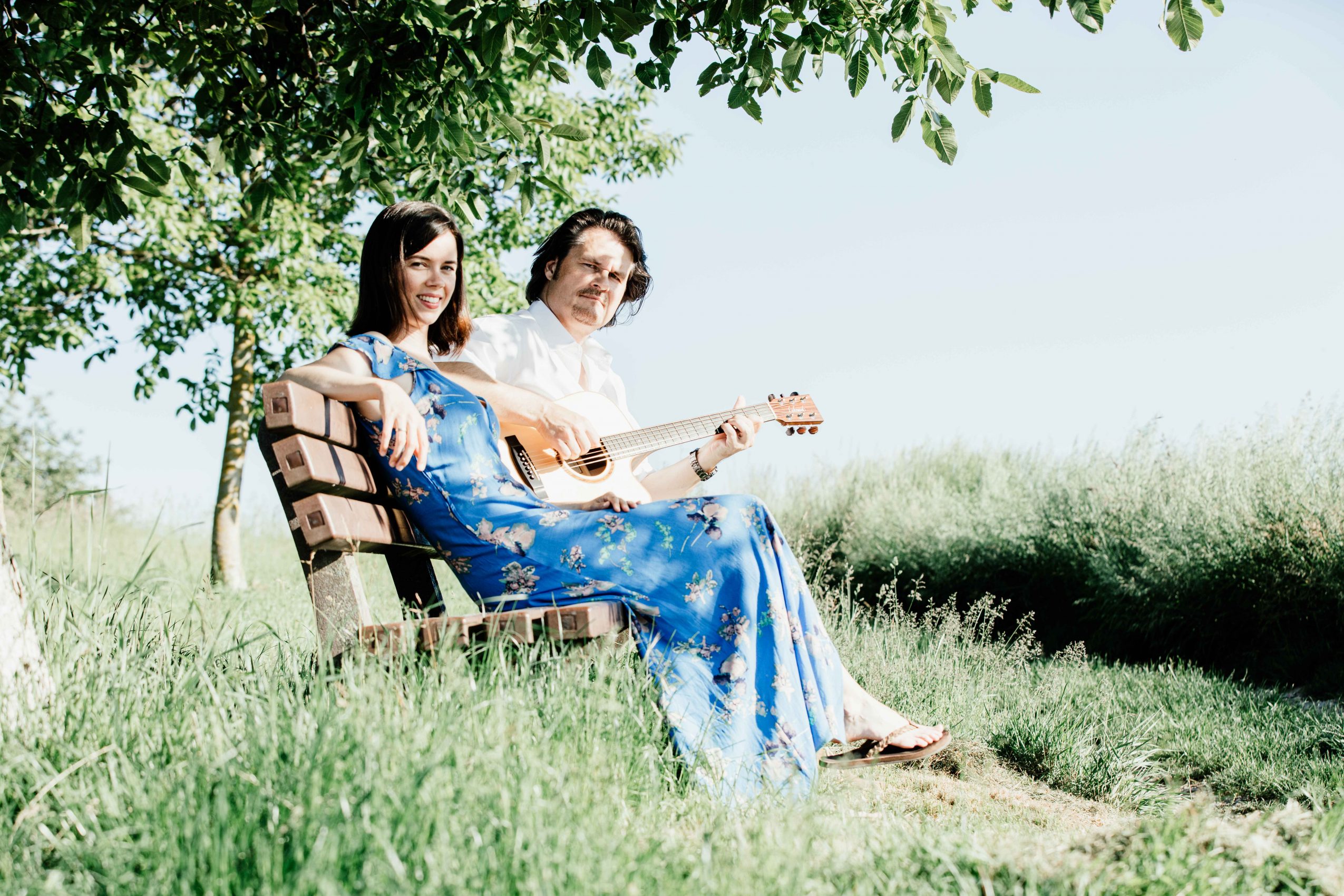 Image Credit:
Walden Photography (all others)
Alison Warren (Sam in a hat between curtains)
Six Degrees Creative (In the desert with dobro guitar, If I Would Die Tomorrow cover art)