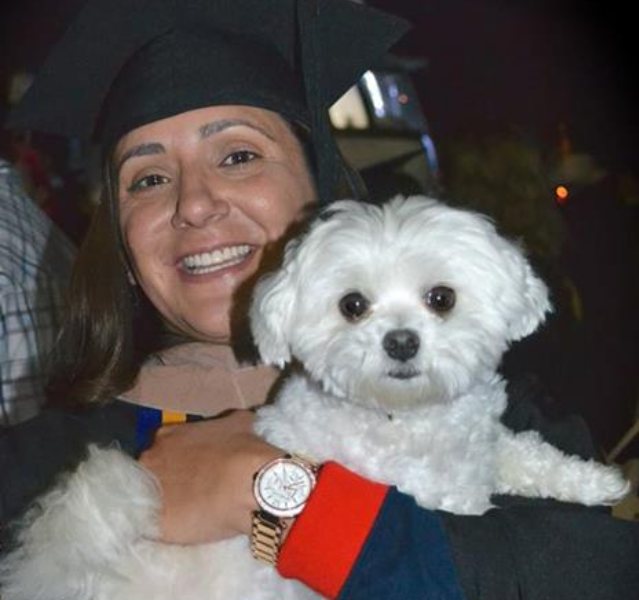 Today we’d like to introduce you to Sabrina Delgado.

Sabrina, let’s start with your story. We’d love to hear how you got started and how the journey has been so far.
After two careers in male dominated industries, I felt it was necessary for me to start out on an endeavor where I would benefit more from my skills and hard work. In 2016, I was fortunate enough to have the time to decide what I wanted to do with my life.

Everyone always says, “one day I’d like to open my own restaurant” or “one day I’d like to write a book.” I too, was one of those people. Then, when I had the time to do either of those things, I realized neither one of those things were going to give me the satisfaction I was looking for in a career. After several different business ideas failed to spark the excitement that it takes to pursue a project that has no deadline; nor anyone is holding you accountable to complete – I finally realized that working with and taking care of dogs does.

But there was a small problem – I was not a dog trainer, nor a dog groomer. I could create a business plan to create a Dog Service business, but how would I train and manage my employees to do a job that I did not know how to do? I did not want to be one of those people that expected the world from my employees, but never walked a day in their shoes. I had been a self-taught dog trainer since 1999 when I adopted my first dog. So I sought out schools to become a certified dog groomer. I knew this was something that required training as I had tried to cut my dogs hair at home, and failed miserably. After interviewing a couple of grooming schools, I decided on one and completed dog groomer’s training. Through hands on training, I was able to get a full grasp of what my next career choice had in store.

Overall, has it been relatively smooth? If not, what were some of the struggles along the way?
One of the first obstacles was finding a location that wasn’t going to drain my entire budget before even opening the doors. I had my eye on a great location, but the owner was only interested an agreement that was going to put my home and personal property at jeopardy if my start-up failed to launch.

Now that we’re are open, it became evident that it was going to take longer to build the clientele than I had expected. Unfortunately, I had to return to the industry that I had left in 2016, so that I could financially support the business. While trying to hire a groomer, I am in the interim, working during the day and grooming in the late afternoons during the week, and all weekend to try and grow the business.

Alright – so let’s talk business. Tell us about Pawsh Pet Services – what should we know?
Pawsh Pet Services (for now) focuses on dogs. Finding a good groomer is tough, but then you have to turn around and find someone to watch your dog for the day or while you are away on vacation. Pawsh aims to solve that problem by being reliable, caring resource that can watch your dogs or groom then when needed. During the grooming process, dogs are not treated as a product moving as quickly as can be processed through a business – but they are treated like the loving animals that they are. At Pawsh, our number one concern is safety.

Dog owners do not want to send their dog to someone who is going to harm them in any way.

On top of safety, all handling techniques are done to reduce the stress the dogs experience from the grooming process. Dogs are not yelled at, forced into grooming positions that make them uncomfortable. Part of this process, is the fact that dogs can remain in dog daycare before and after grooming instead of being locked in a cage.

Any shoutouts? Who else deserves credit in this story – who has played a meaningful role?
My partner, Barb has been a great support during this entire process. She believes in me, and my ability to be successful at whatever I attempt. Without her unquestionable support, I would have been much more stressed during the process of opening my own business.