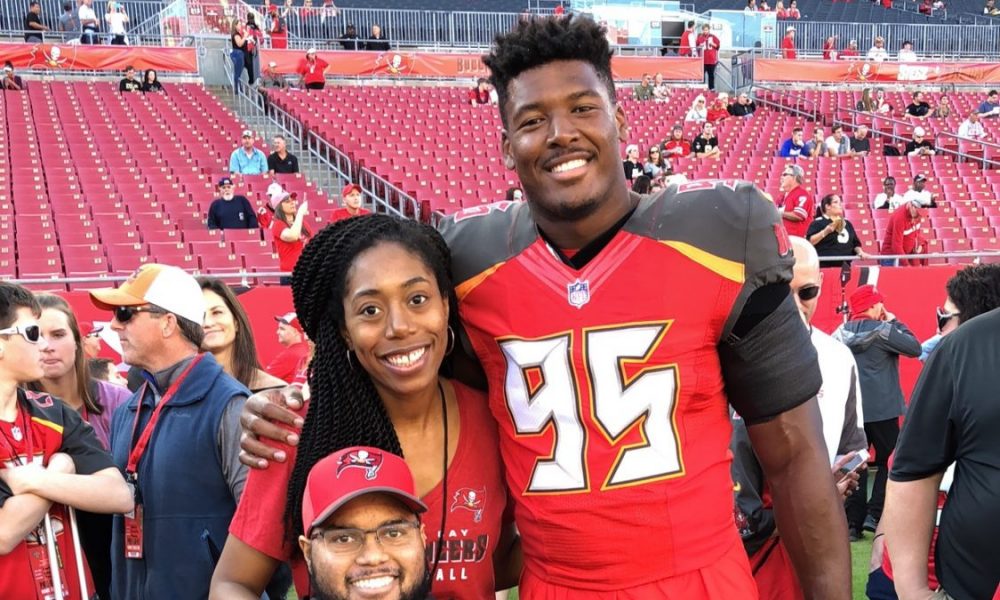 Today we’d like to introduce you to Ryan Russell.

Thanks for sharing your story with us Ryan. So, let’s start at the beginning, and we can move on from there.
I was born in Buffalo, New York to a single mother who happens to be my best friend. She relocated me at a young age after the passing of my stepfather, and from then on, I was a Dallas Boy. Dallas, Texas is where I found one of my true loves and passions football. After a successful high school career both academically and athletically I got a full scholarship to Purdue University.

Purdue was far from home, but it gave me the best chance to showcase my talents on and off the field. In college, I met teammates and friends that turned into family, graduated with a double major in sociology and communications, and was drafted in 2015 to the Dallas Cowboys. I played with the Cowboys my first year but saw most my playing time and success with the Tampa Bay Buccaneers.

Some of my favorite moments from my current NFL career is, sacking Drew Brees to help seal a win against the Saints. Along those same lines, I also sacked Russell Wilson on the Seahawks final drive of the game to clinch a win for my team. For my performance against the Seawhawks, I was honored with a game ball by my coaches.

My accomplishments are a tremendous blessing in my life, but I am and always will be, more than just football. I spend a lot of my time working in the community. I worked closely with the Children’s Hospital when in Dallas. I worked with some local schools in the Tampa area as well. My next big project will be working in collaboration with Thirst Project here in Los Angeles.

Thirst Project is a non-profit organization that is building a socially-conscious generation of young people who will end the global water crisis. They take action by educating students about the water crisis and the opportunity to make a change. The art in California called to me. A shoulder surgery that sidelined me for this past season gave me the time I needed to relocate and make LA home base. I have been a writer and a poet as long as I can remember. Writing is the way I look at the world.

There was never a valley too low or accomplishment too high that I didn’t feel compelled to write about. Writing is beautiful because it is infinite and timeless, and the two polar opposites football and writing encompass all that I cherish. One day my body won’t be as nimble, I won’t jump as high, or be as strong. My mind, my soul, only get better with time, and I’m done holding back all of my gifts.

In my short time here in LA my writing pieces have been published by Edge of Humanity Magazine and Wolff Poetry Literary Magazine. I currently have a manuscript of over 200 poems I am working to publish with my favorite young poet, Christopher Poindexter. If you have not heard of him yet, then I urge you to get his poetry book, Old Soul Love. It is phenomenal, and together I hope to produce something just as profound.

Has it been a smooth road?
I don’t think any road is smooth and well paved all the way through. My journey has been riddled with struggles, and in those moments I think I grew the most. My childhood was rough, but I was loved and happy. My mother raised me alone after the passing of my stepfather when I was seven. We didn’t have much, but we had love. My mother is my best friend, and we talk every day about everything. If I grew up affluent, I fear that our relationship wouldn’t be what it is now.

Football is a game of struggle. I am finally cleared my a shoulder repair I suffered during a game that had me out of commission for almost nine months. Dr. Andrews in Florida did the best he could with what he was given, but afterwards, he told me he wasn’t sure he would be able to fix it. Thank goodness Dr.Andrews is the best int he business, and I will be back on the field in 2019.

Like I said before the road of life is always bumpy but another huge gaping part of my road would be the recent death of my best friend. At that moment in my life the road might have just disappeared altogether, and for a while, I felt like I was pushing my vehicle uphill and off-road. March 17th, 2017, my best friend Joe and his wife Rachel, and I flew to New York City to celebrate Joe’s birthday. On the way to New York City Joe had brought up some numbness, and loss of feeling in his leg.

We attributed it to Joe’s past knee injury he suffered when we both played at Purdue together. Joe’s birthday also fell along St. Patrick’s Day weekend, offering a plethora of options and adventures. We shopped, we drank, we danced, and laughed. For a birthday gift, Rachel and I took Joe to a Brooklyn Nets vs. Boston Celtics game, with floor seats. One of his favorite players at the time Isiah Thomas wasn’t playing that night, but Joe treasured the experience just as much.

The next morning Joe had lost feeling in both his legs. Alarm started to set in. We had to go to the emergency room, powering through and waiting around wasn’t a choice anymore. We visited Mount Sinai West Hospital were Joe was tested for almost a months time before finding out he had stage four spinal glioblastoma. A rare form of cancer with a tumor wrapped around his spine, crushing it, and causing paralysis. The news was devastating. The news spread to Joe’s friends and family, and the love began to pour immeasurable amounts.

In the start of Rachel and Joe’s relationship, Joseph had been Rachel’s rock through enormous health battles. Now it was Rachel’s turn to be there to support her husband, and she rose to the occasion gracefully. Without certainty for the future, without his ability to walk, Joe did was Joe always did. He began to be the rock. Joe’s faith was unmoved by his circumstances, and he was often a comforting force to those who came to comfort him. The illness progressed, and eventually, Joe lost the use of almost all his motor functions.

To this day, I can’t wrap my head around how the most egregious thing can happen to the purest person I know. Everyone in Joe’s life prayed, cried, comforted, visited, and just loved on Joe. September 11th, 2018 Joseph Marlow Gilliam was welcomed into heaven and fully restored by our heavenly father. For me as well as many others Joe was my rock. Without him, my relationships started to shift, my emotions raged, my faith wavered. I tried every coping mechanism possible.

Substances, therapy, church, I learned on my friends, I became a recluse, but nothing filled the gaping hole in the middle of my life. Time heals all wounds, but people have been known to bleed out. I didn’t have time. Everything was falling apart. What was the point? Of being a good person? Of loving people? Of striving to be the change in the world. Joe had done all that, yet he was taken from us in 26 short years. Maybe the world doesn’t deserve those things? Why would I try to give it to them? So I stopped. I stopped living for the world.

I began to live for Joe and for myself. There is zero doubt in my mind that Joe is in heaven and what I wanted more than anything was to see my best friend again. I took things on one by one. In the morning I focused on waking up and silencing the pain long enough to get out of bed. During the day I focused on being productive, being consistent, being as close to Joe as I could. At night I prayed to God to let me see Joe again one day, to let him visit me in a dream, to let sleep come without night terrors. Time is doing what was promised, and I feel myself healing.

I have good days and bad days, but I aspire to be consistent to be Joe. My best friend died but our memories, our lessons, our love lives on forever. I was rewarded with a visit from Joseph in my sleep. He didn’t say anything to me, and I didn’t say anything either. He hugged me, and even though I was crying, I was smiling. Then Joe smiled back at me and began to laugh. I should’ve known long ago, his laugh was the laugh of angels. I love Joe very much.

So, as you know, we’re impressed with RKRelentless – tell our readers more, for example, what you’re most proud of as a company and what sets you apart from others.
I’m currently training at Exos down in Carson during the weekdays. The Exos sports program is awesome and has helped me be in fighting shape for all of my NFL career.

Coming back from a shoulder surgery is a bit daunting, but with Exos I fell stronger than I ever have. My agent Drew Rosenhaus is also very impressed with my recovery and progress. I’m no longer trying to catch up to where I was, but improving on my overall game. I can’t wait to see what will be next for me athletically, but I have the best support and personal team I could ask for.

The great thing about California is all of the different outlets. I have come into contact with so many creative writers and poets, and I have learned so much. My manuscript for my fiction novel is being edited right now, and we are looking to get that in the final stages before football camp is underway in July. I am also a poet and have been working with some of my favorite poets in the industry.

We are working on my poetry manuscript that is about 200 poems. I hope to have the published and in the final stages around the same time. Until then I have been published in literary magazines here in Los Angeles and will continue to do that. I don’t know of any other creative writers in the NFL, so I paid myself in the complexity and versatility of being me.

Let’s touch on your thoughts about our city – what do you like the most and least?
I love the mixture of nature and city. It’s amazing to me that I can wake up early, go on a hike, play sand volleyball on the beach, and in the same night engage in the hottest nightlife and restaurant scene in the US. It’s amazing, just the vastness of opportunities and options. The weather is prey amazing as well. I don’t think I will ever experience a real winter here, and I’m all about that.

Dislikes, like everyone else, would have to be the traffic. I love to pack my days. I will play five objectives for myself in one day, and once I get caught in traffic, I will be lucky to accomplish three. But if people like myself, keeping coming to Los Angeles and falling in love, then this problem will only get worse. 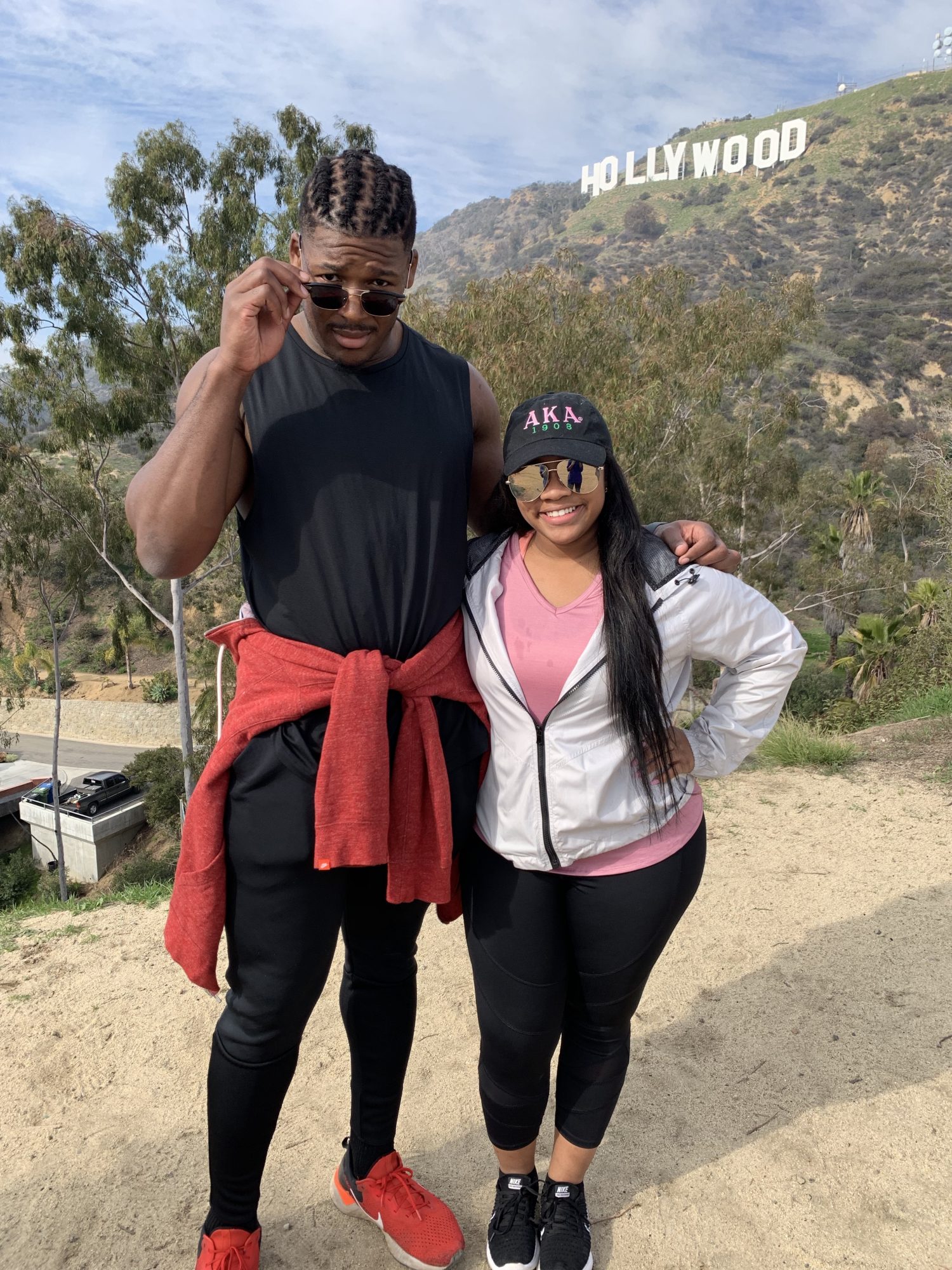 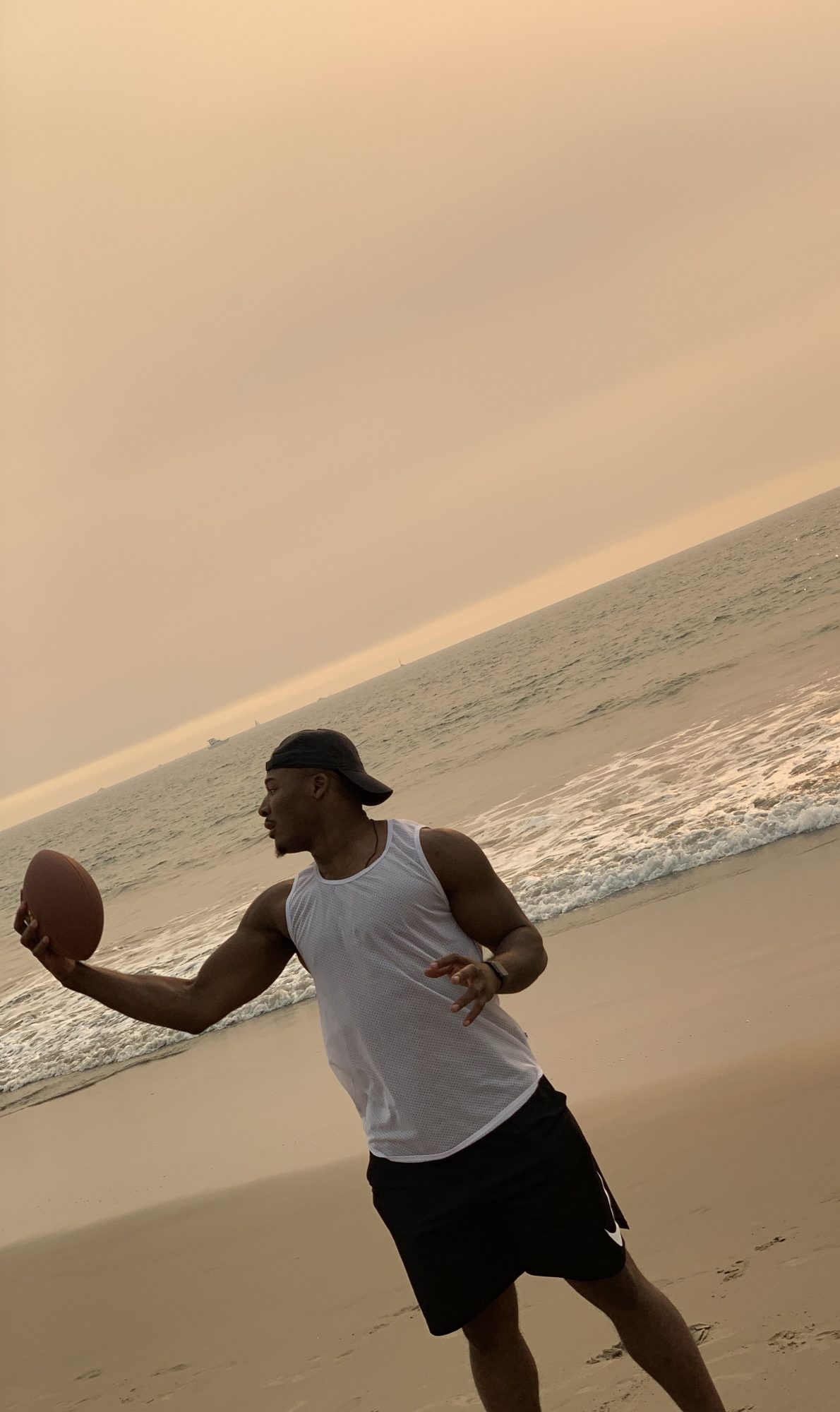 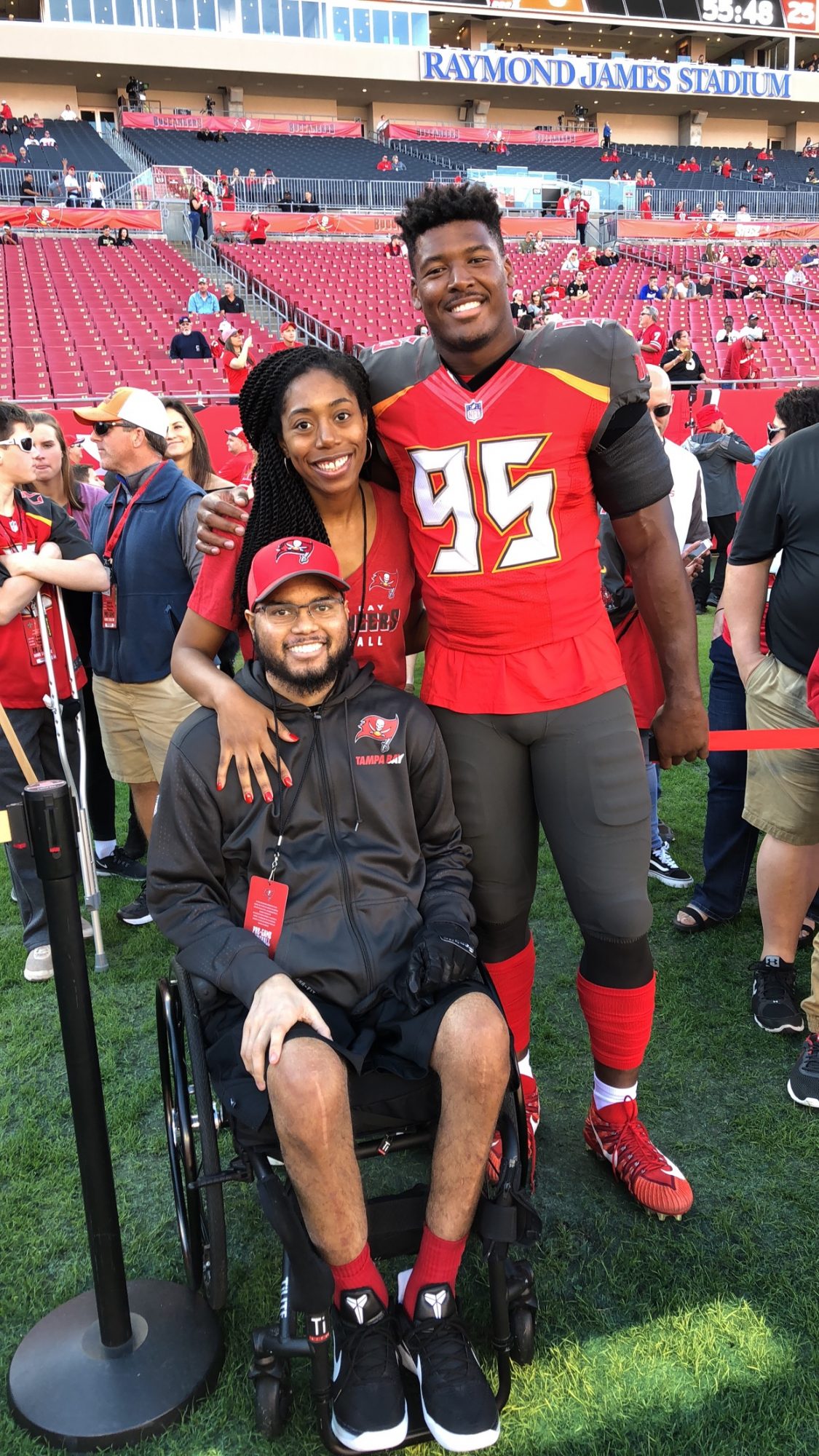 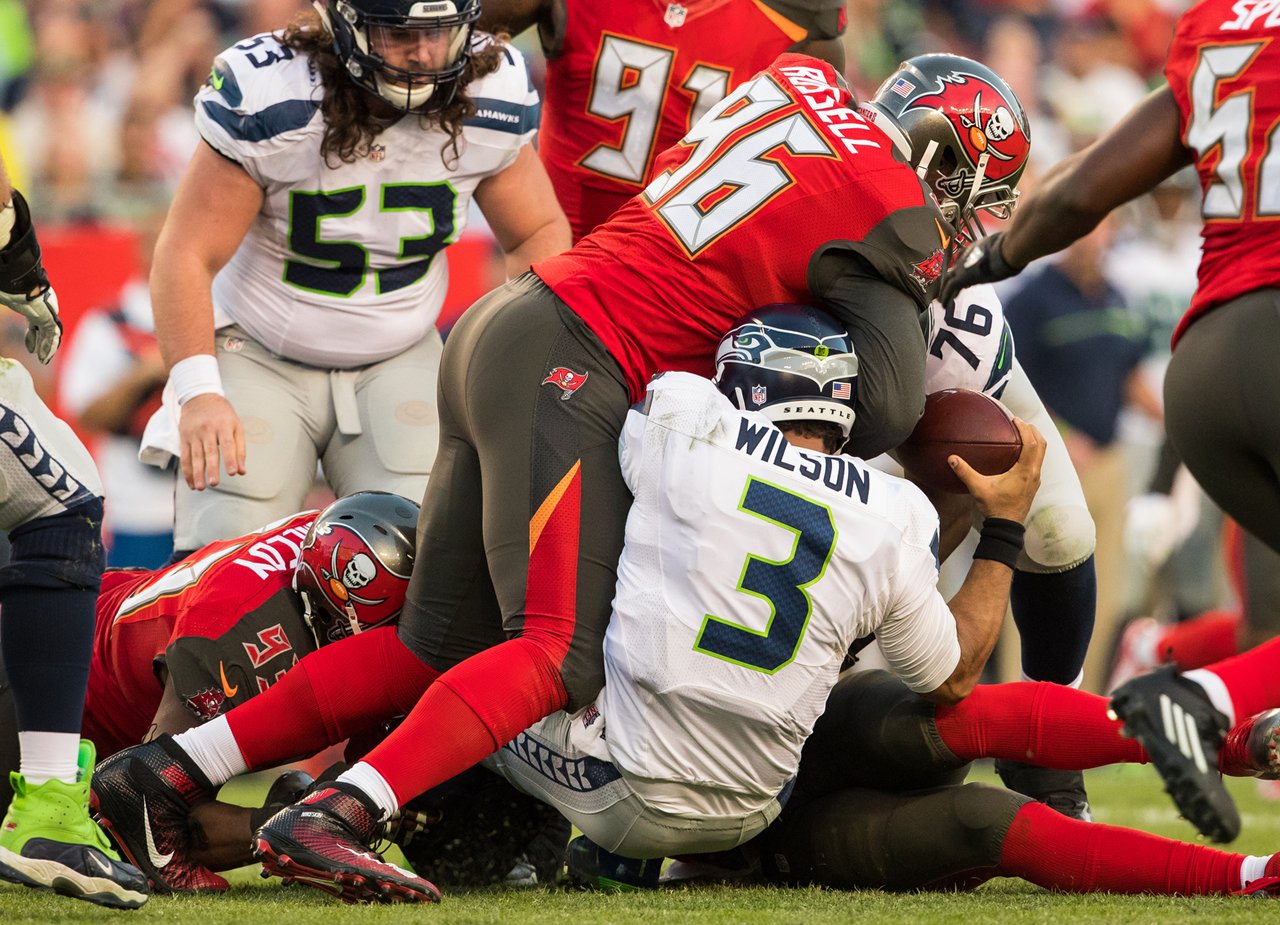 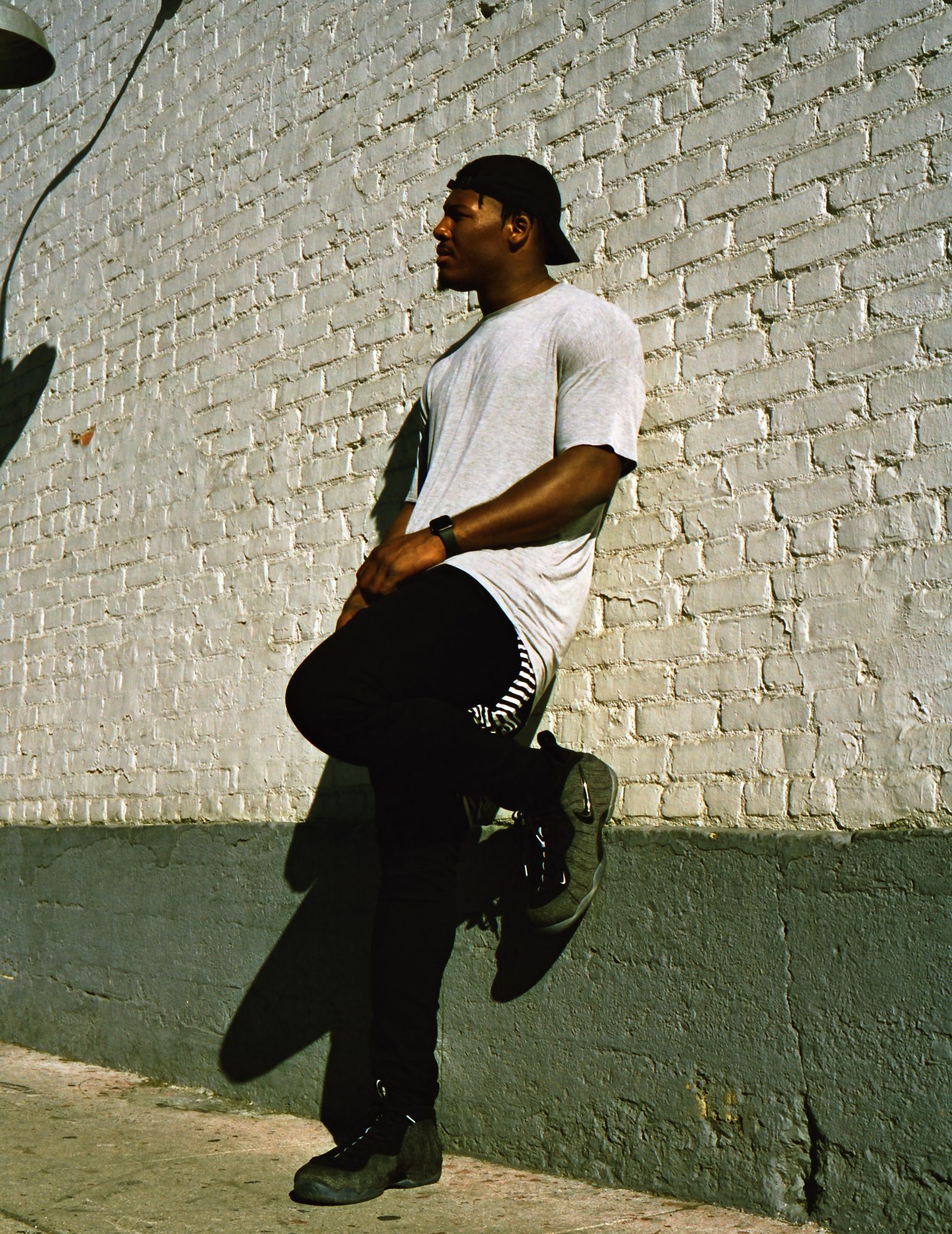 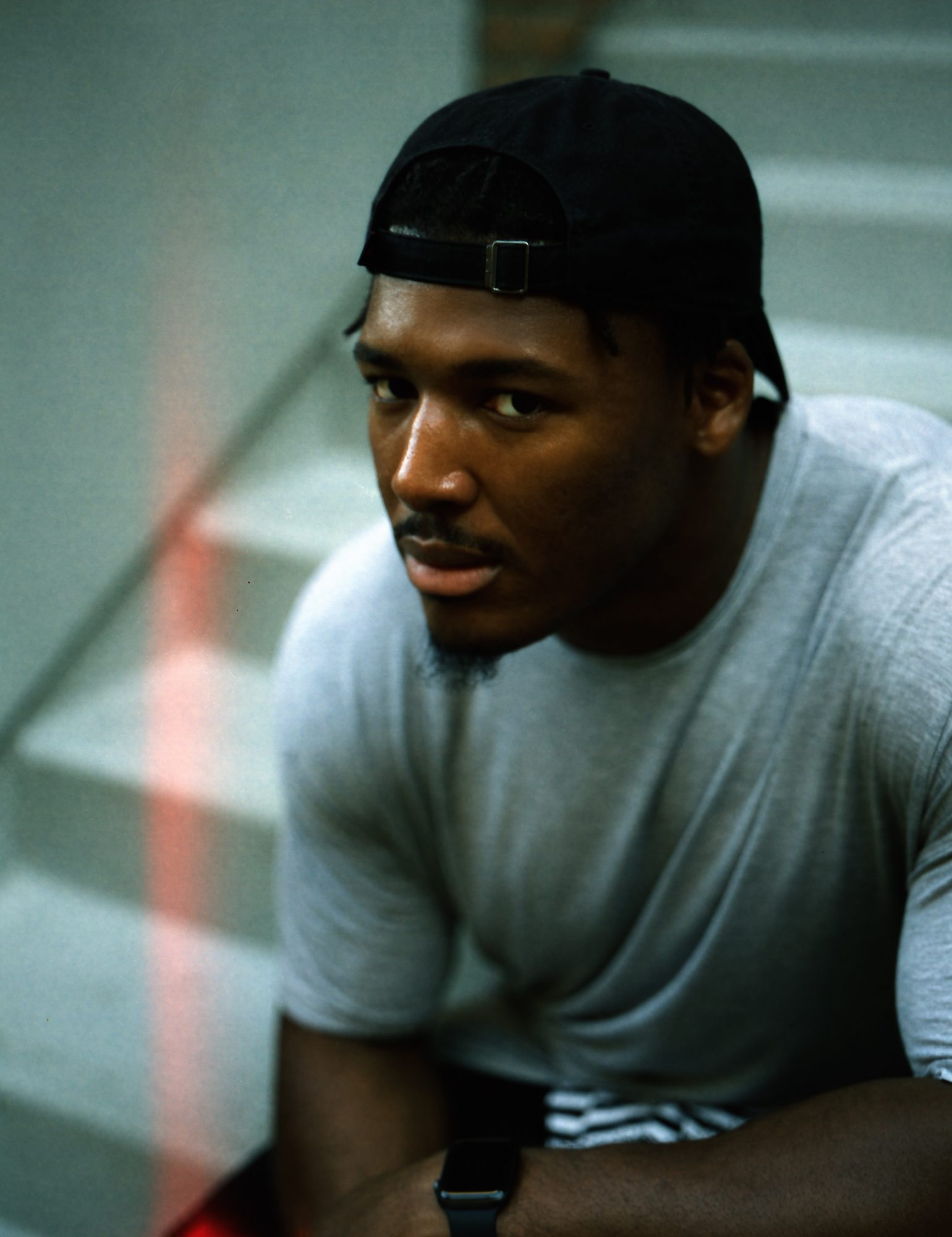 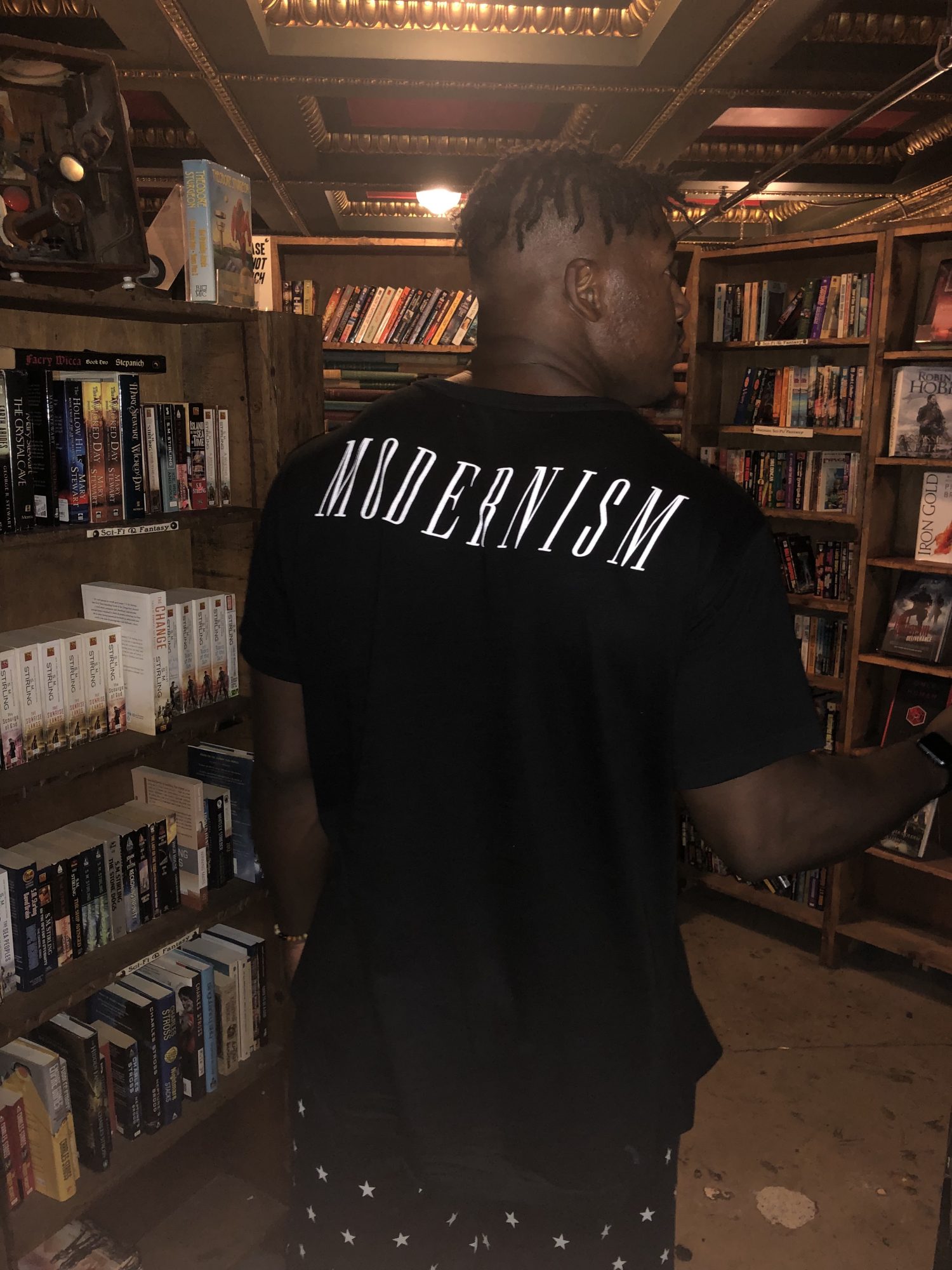