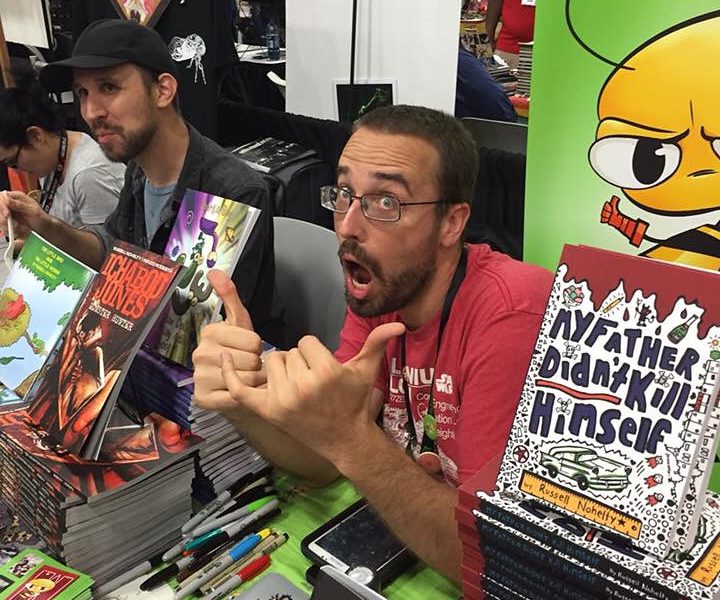 Today we’d like to introduce you to Russell Nohelty.

Russell, can you briefly walk us through your story – how you started and how you got to where you are today.
Wannabe Press was founded in 2014, after a successful Kickstarter campaign for my first graphic novel Ichabod Jones: Monster Hunter. After the Kickstarter was over, I had just enough money to form a company with the remaining funds.

Wannabe Press stuck because that is how I always felt, like a Wannabe who was never invited to the cool kids’ party. I so desperately wanted to fit in, but time and time again I was told my ideas were unmarketable and unsellable.

After enough of those, I decided they were wrong, and took my ideas to market myself. Lo and behold, they were saleable. In fact, our company has doubled in size every year since we started, mostly from hand-selling books at conventions around the country and through Kickstarter.

Today, we have over a dozen titles, including a line of hardcover graphic novels and comic book anthologies, and I have been run my company full time since June of 2015.

Overall, has it been relatively smooth? If not, what were some of the struggles along the way?
Oh my goodness no. It has been a struggle every step of the way. Our first-year struggles were all about figuring out what we were doing and how to even run a business. We had to learn how to pay employees, how to manage our cash flow, and how to convince people to give us a chance.

That first year in business was also my first San Diego Comic-Con, the biggest show of the year in comics, as an exhibitor. I remember feeling out of place, overwhelmed, and alone. I had no idea what I was doing, so I just muddled through and figured it out.

There was a lot of that the first year, and as we neared the end of that year, I realized I couldn’t keep doing things that way if I wanted to survive. I needed a plan, and I needed direction. So, I decided, even though it was bad for my short-term plans, to take all of December 2015 off and just figure out how to move forward.

From that, my podcast, The Business of Art, which lasted 194 episodes, and my mascot Melissa the bee, were born, along with our initial direction for 2016. Both of those things, along with doing 40+ shows a year, were two of the biggest keys to my success, and I thank that month off (which now I do every year) for helping me figure out how to run a business.

The second-year struggles were about profitability. I was selling a lot of books, but I was somehow losing $2 for every $1 I made. I literally became a victim of my own success.

From that, though, and my desire to scale, our first anthology, Monsters and Other Scary S^&t, was born, which ended up being our highest earning launch ever. Along with that, came our move to hardcover, which turned my company from taking a loss to profitability.

This third year was about scale. We hit six figured last year for the first time, and since then I have been worried about scale and making sure we are seen by more people than ever before, which means expanding our reach to different parts of the country, and the world. I went on a two-week book tour in Spain to promote the monster anthology, started production on a second monster anthology, and began production on a slate of 18 novels to release next year.

Those struggles continue today, of course, and they will never completely go away, but now in our fourth year, I am much better at anticipating issues and fixing the holes in the road before they become too massive to manage.

Please tell us about Wannabe Press.
Wannabe Press is known for making some of the best, most beautiful books on the independent graphic novel market. I’m very proud of the quality we have been able to put out into the marketplace, especially since the company is run by me and freelancer who I hire out for books, but 97% of the day-to-day is myself. I am behind the table at all of the shows. I am the face of all our launches. I have a hand in editing all of our books, and still, we are able to put out books on par with anything out in the marketplace.

I think what sets us apart is that level of quality. You don’t see it that often on the independent market. Companies are becoming much better at what they put out into the world, but there is still a low bar compared to the big companies. I am proud that when people see our books they respond to the quality of the storytelling and the art, along with the quality of the books themselves.

If you had to go back in time and start over, would you have done anything differently?
I would have scaled differently. I would have put much more money into online advertising at first, and growing our base of customers more quickly. We had a lot of slow growth for a long while, and I think we could have grown a lot quicker if I had a better handle on our message and our marketing.

However, that message grew from meeting people face-to-face all over the country. It came from doing unscaleable things for a long time. I was able to scale quickly in the last year because we knew what our audience wanted, and we learned that from sitting behind a table with them and talking. I don’t know if we could have scaled the way we had without the messaging we learned.

Or I should say, we could have scaled, but I don’t think it would have been nearly as effective. 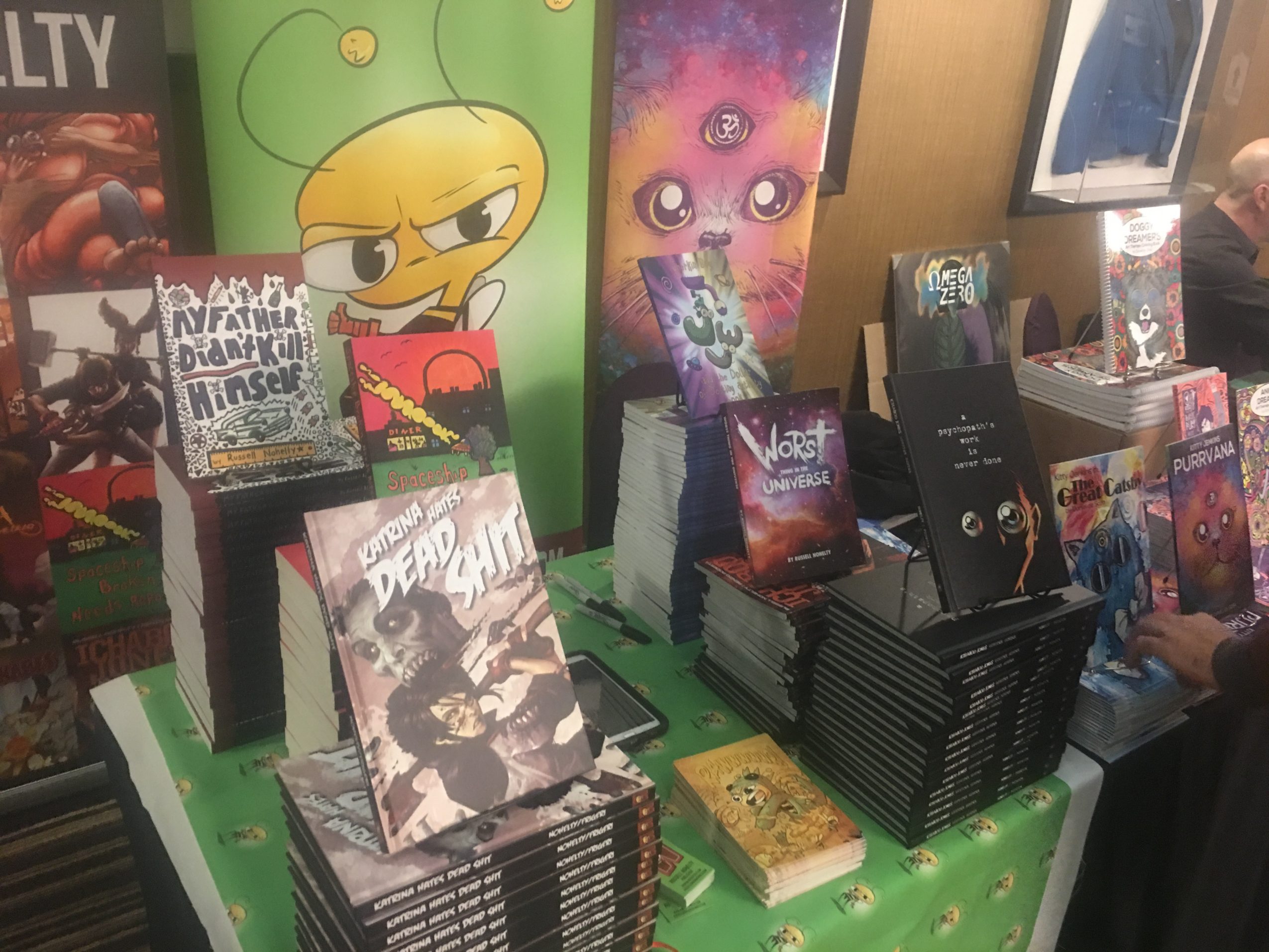 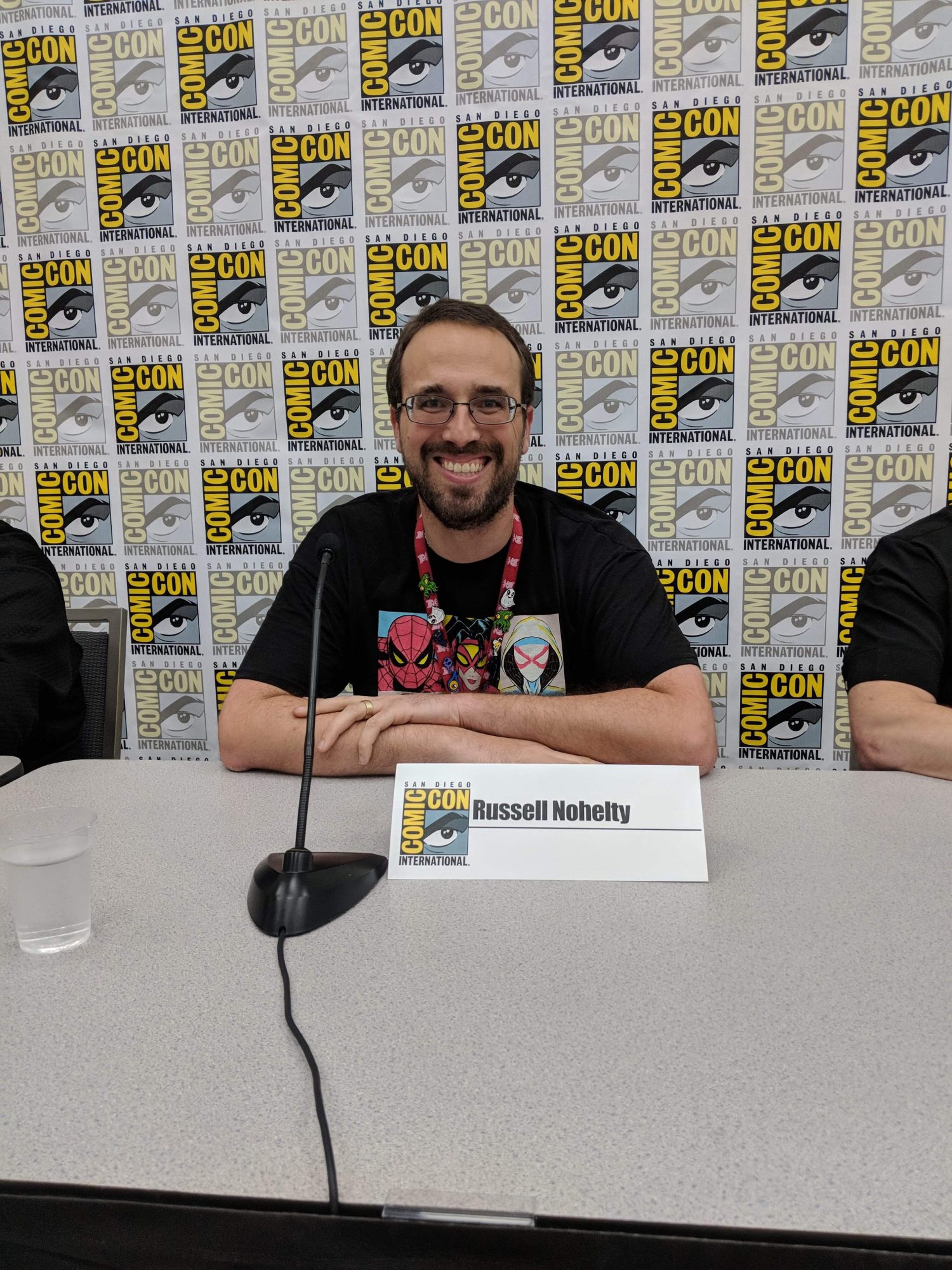 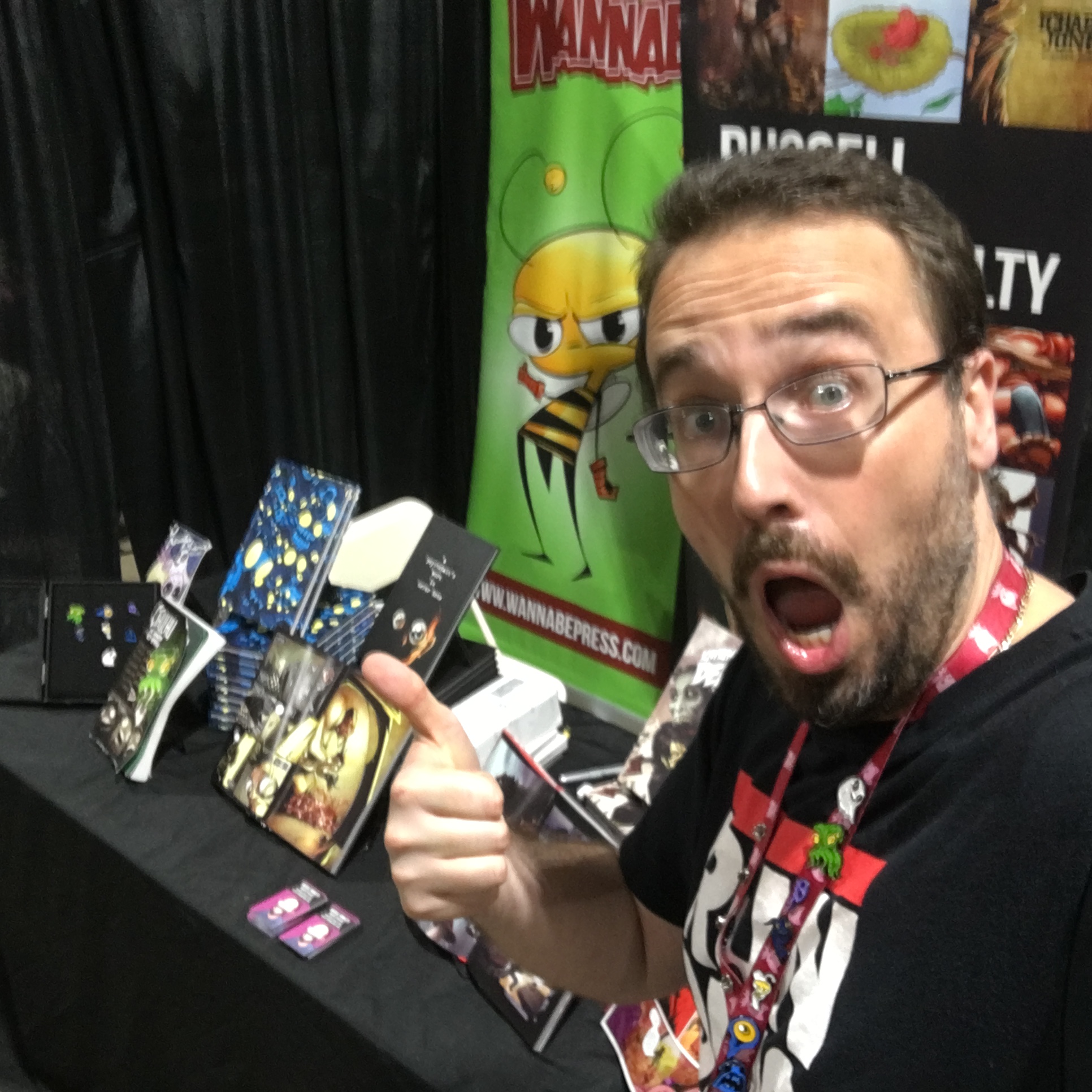 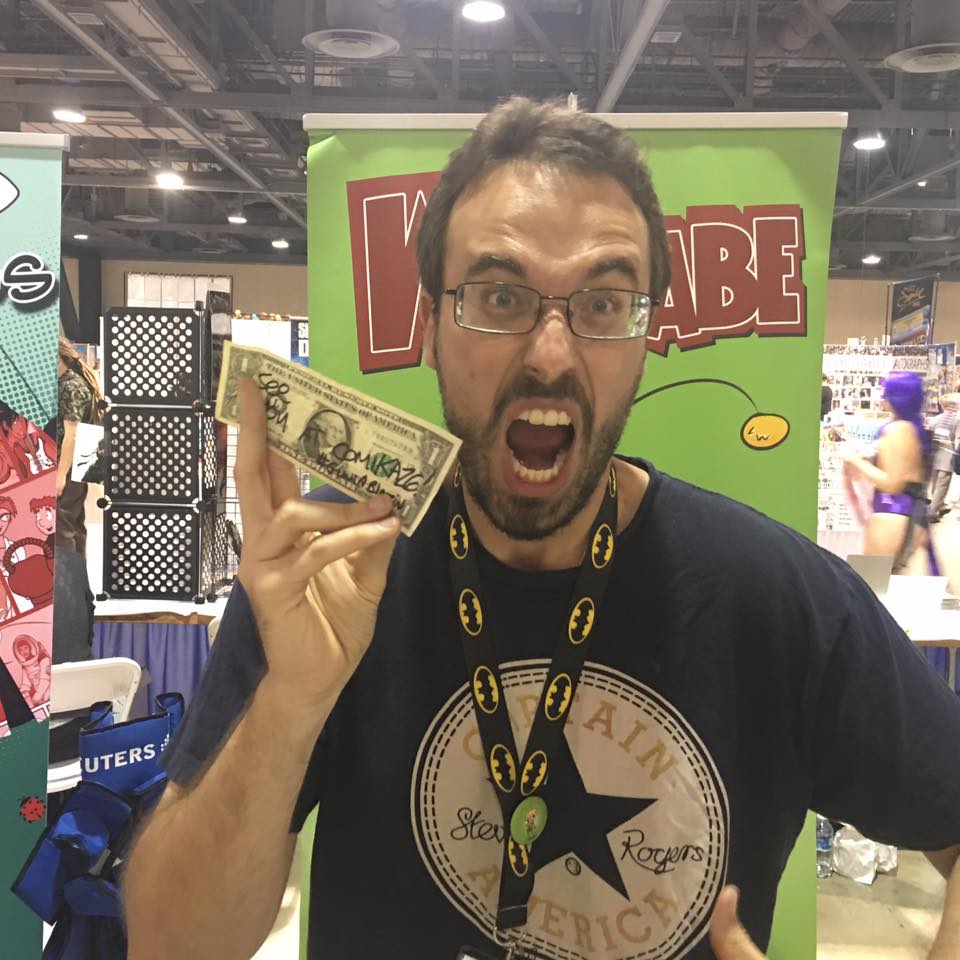 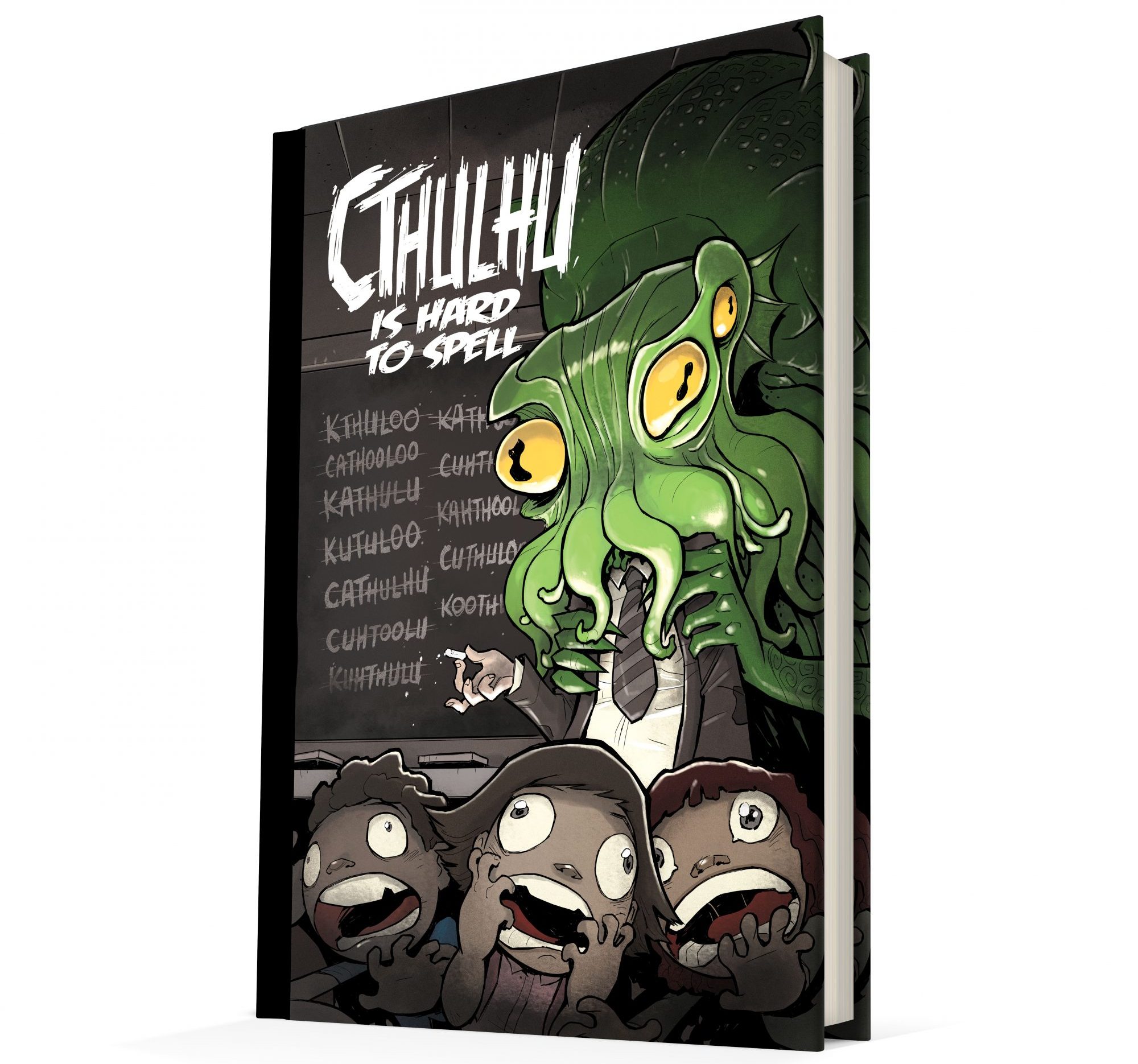 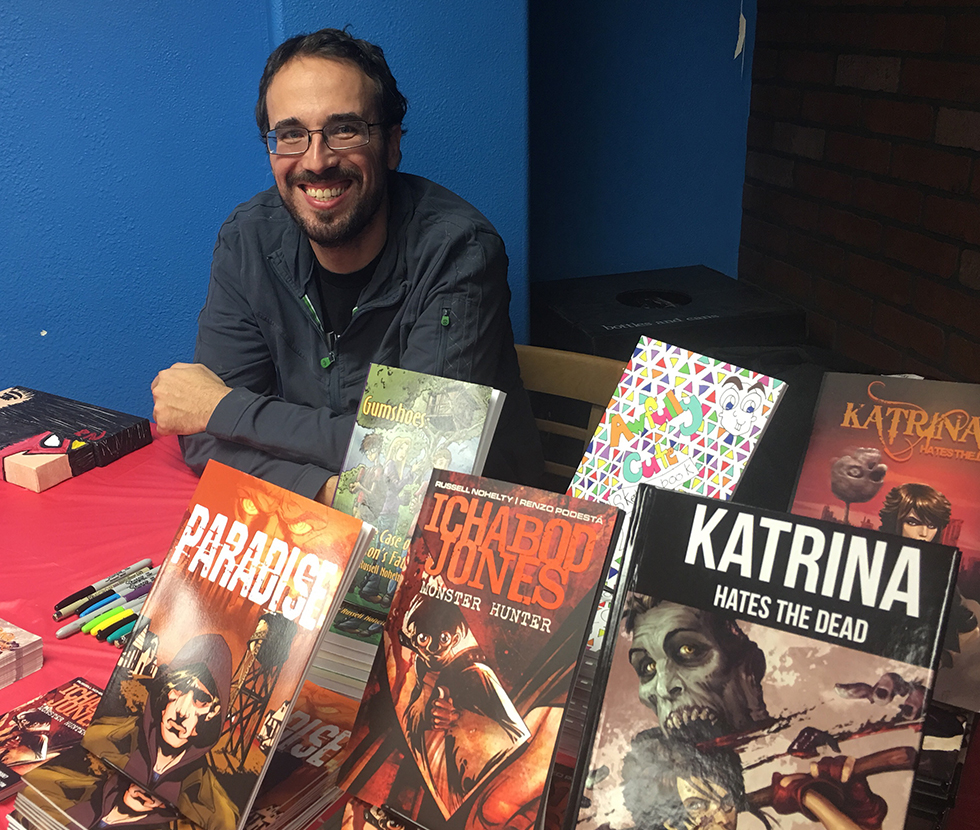 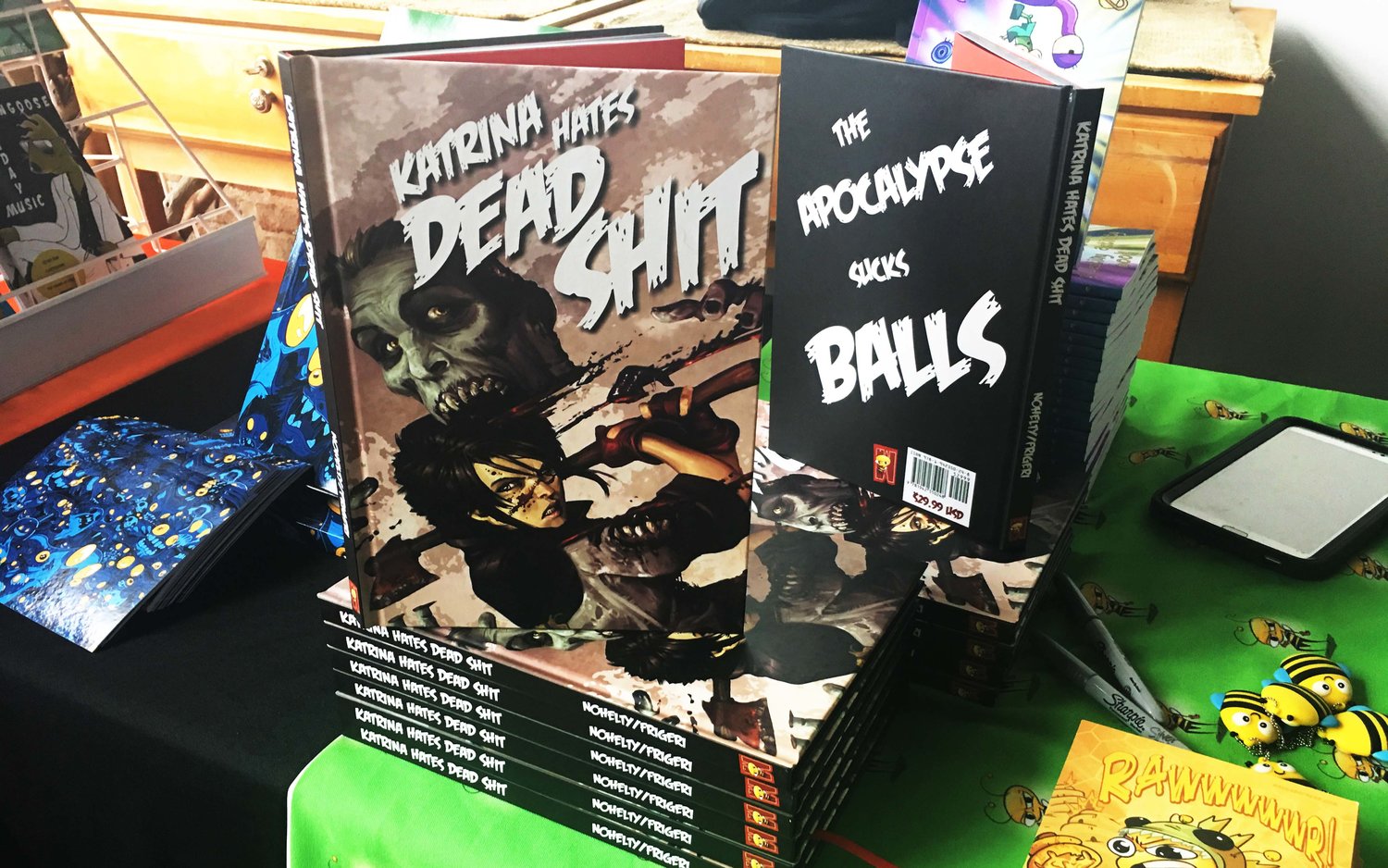