Meet Roman Wyden of You. Love. Life. – Podcast in Westside 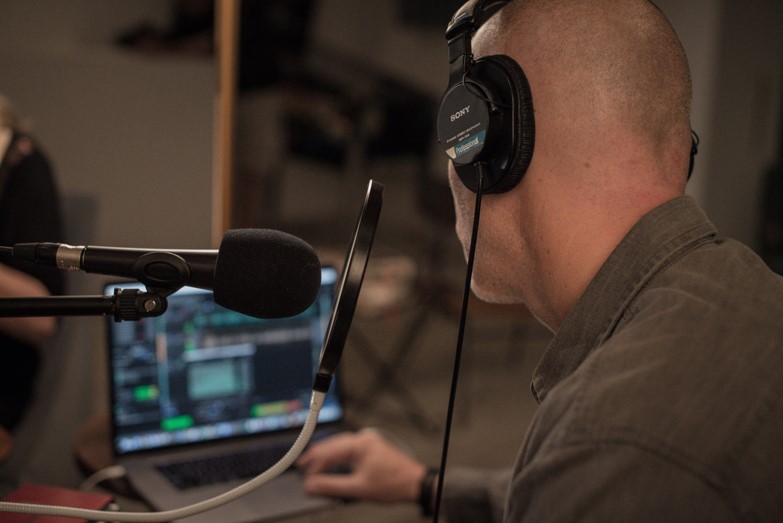 Today we’d like to introduce you to Roman Wyden.

Roman, please share your story with us. How did you get to where you are today?
Originally from Switzerland, I moved to the US in 1992 and left everything back in my hometown of Brig, Switzerland. It was a bold and perhaps naive move, but I don’t regret it for one second. It’s been a rough road with many rewards. I followed my initial passion as an actor and started taking acting classes while waiting tables to support my what Swiss people would refer to as a ‘hobby’. While I did acting for almost 10 years, I later decided to move behind the camera. Today, I am an award-winning writer/producer/director and I have been creatively involved in such projects as the Eleanor Roosevelt award-winning documentary the short festival darling ‘Max’, Ricky Limon’ and ‘Hiroko’ as well as most recently the short films ‘Ronnie & Inga’, the Palm Springs International Short Film Festival winner ‘Deface’ and the feature film ‘Quail Lake, currently on the 2019 festival circuit (HRIFF, Arizona International Film Festival, Maryland International Film Festival).

I have also played an essential role in the development of international projects such as the TV show concept ‘Hollywood Dreams’ (optioned by Paramount International Television), the Ringier AG owned Swiss Web series ‘Hallo Hollywood’ and the ProSieben German TV Pilot ‘L.A. Dreams’.

Although most of my credits are in film and TV, I am no stranger to the stage. In 2004, I directed the critically acclaimed Silver Lake Players production of ‘You can’t take it with you’. It was a blast… I don’t think I will ever direct another play, but the experience was invaluable as a director.

I also have a solid background as an actor, having studied at Playhouse West and the Actor’s Workout Studio for over five years. Many of my fellow actors from those days are now celebrities and I see them in films and on TV all the time. James Franco and Elizabeth Mitchell to name a couple impressive talents. To this day, I am a proud member of SAG/Aftra and I still act and do voiceovers here and there when the opportunity is right.

In 2004 I decided to go back to school and study directing. My wife had studied graphic design at Art Center College of Design in Pasadena, so I went to visit the school and of course loved it. It was a trade school with creativity dripping from the walls and I loved the small but quality campus. I applied, got a partial scholarship and enrolled to get my BFA in Directing in 2007. During school, I started a business doing headshots for actors and I loved it. It was part directing, part coaching and part photography. It paid my bills and kept me creative for sure.

Before moving on to directing and producing commercials back then, I also spent a year as the head of the commercial department at Bicoastal Talent where I represented a roster of seasoned commercial actors. During the first week at my new job, I ended up booking the owner’s husband on a national commercial. What a start I thought… but being an agent is hard work. And it just wasn’t my thing. So, naturally being a restless artist I moved on to the next challenge.

Starting creative companies had always been a dream of mine and so over the last 20 years, I’ve founded several production companies, including ‘HD Productions’, ‘Creable Films’ and most recently ‘Roster.LA’.

For the last ten years, I ran Culver City-based roster.LA, a commercial production company, focused on delivering narrative content to multinational clients such as Chrysler, Proctor & Gamble, Kimberly Clark, and the VA. While with roster.LA, I directed over 40 commercials, PSAs, and online content pieces and I oversaw and produced close to 100 creative projects for my clients.

When not making films or going to acting class at RAW Acting Studio in Venice, I host the iTunes podcast ‘You. Love. Life.’ where I discuss love, sex, intimacy, marriage, monogamy and more with a variety of interesting guests… including my own wife.

Great, so let’s dig a little deeper into the story – has it been an easy path overall and if not, what were the challenges you’ve had to overcome?
Nothing worth having in life comes easily. I am a big believer that I have carved myself out a pretty adventurous path due to the many failures and setbacks I’ve had throughout my life. Back in 1992 when I arrived in L.A. from my native Switzerland and started as an actor, I could’ve never imagined that I would later go on to write, produce and direct short films, commercial and feature films and even host my own podcast… there really are no limits and I will never stop exploring what I feel I need to explore in life.

In late 2017, with the help of my personal branding mentor Richard Janes, I decided to launch my ‘You. Love. Life.’ Podcast and embark on an in-depth exploration of Intimacy in order to take my own marriage to the next level. After all, I had grown up in an emotionally starved household back in Switzerland. In regard to intimacy, I was and still am like a toddler. I am a big believer that the more I will learn about intimacy and apply in my own marriage, the more my children will become emotionally smarter.

Since the launch in September of 2017, the podcast now has over 1,200 listeners a week from around the world and my guests keep getting more and more exotic and high-level…

You. Love. Life. – Podcast – what should we know? What do you do best? What sets you apart from the competition?
“You. Love. Life.” is an unconventional podcast that’s quickly becoming a can’t-miss listen on iTunes, Google Play, Spotify and more. I have people approach me in my neighborhood, at my children’s school and in other public places, letting me know that they’re listening to it and loving it. Most forward it to friends, family members and even their spouses in the hopes to have those uncomfortable but rewarding conversations with the ones they love. I am also a relationship guide who takes a decidedly honest, uninhibited, and unconventional approach to conversations about love, marriage, divorce, family, intimacy, desire, and trust with several clients. It’s not a full fletched business, but I do take my coaching as serious as everything else I do. To this day, ‘You. Love. Life.’ has experienced rapid growth, surpassing the 40,000 listener mark and more than doubling its audience each week. It warms my heart and makes me smile, knowing that people as far away as Kenya, Poland, Iceland, Australia, Canada and Switzerland listen in to what me and my guests have to say about love & intimacy.

In general as a host, I am super curious about what it means to be intimate and what it takes for couples of all kinds to create and maintain fulfilling partnerships. I also turn that search light back around on my own relationship, bravely interviewing my own wife of 13 years in several episodes. As we explore our own marital challenges in real time, listeners get to play the proverbial fly on the wall for our raw and insightful play-by-play.

In between our episodes, I interview experts, friends, and VIP guests such as Elon Musk’s sister Tosca Musk. The show also touches on current events, like Playboy’s recent releasing of the first transgendered centerfold…

What listeners seem to love is that I don’t give advice, but simply share what works (and doesn’t work) for my wife and I.

What moment in your career do you look back most fondly on?
Having listeners either in person or via e-mail reach out to me and telling me what a difference a specific episode has made in their lives!

That feedback is more important to me than any piece of content I have ever created or any media praise I’ve ever gotten. Knowing that I make a difference in people’s lives is like winning an Oscar to me. Don’t we all just wanna know that we matter? That we make a difference? That we are leaving a Legacy behind? 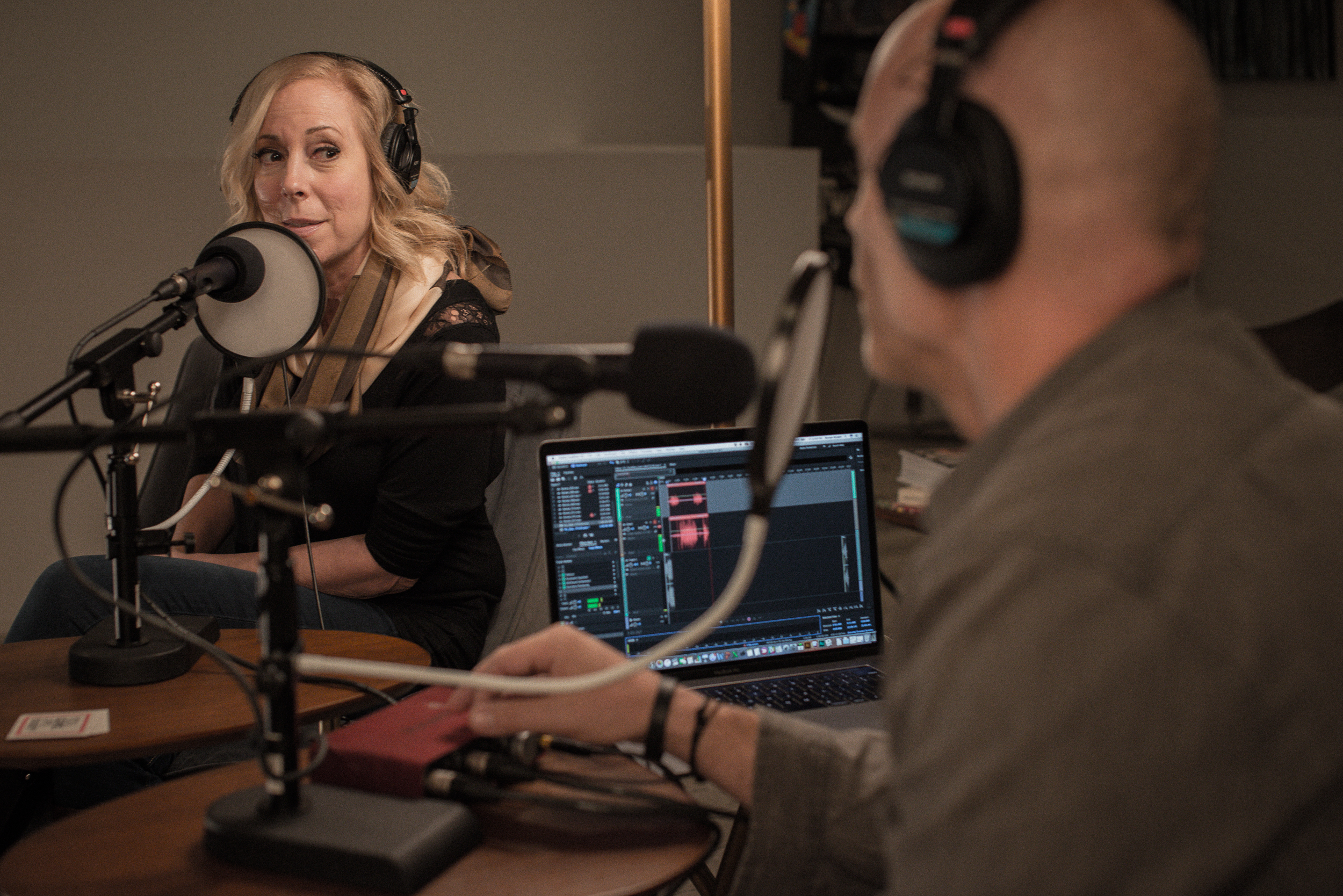 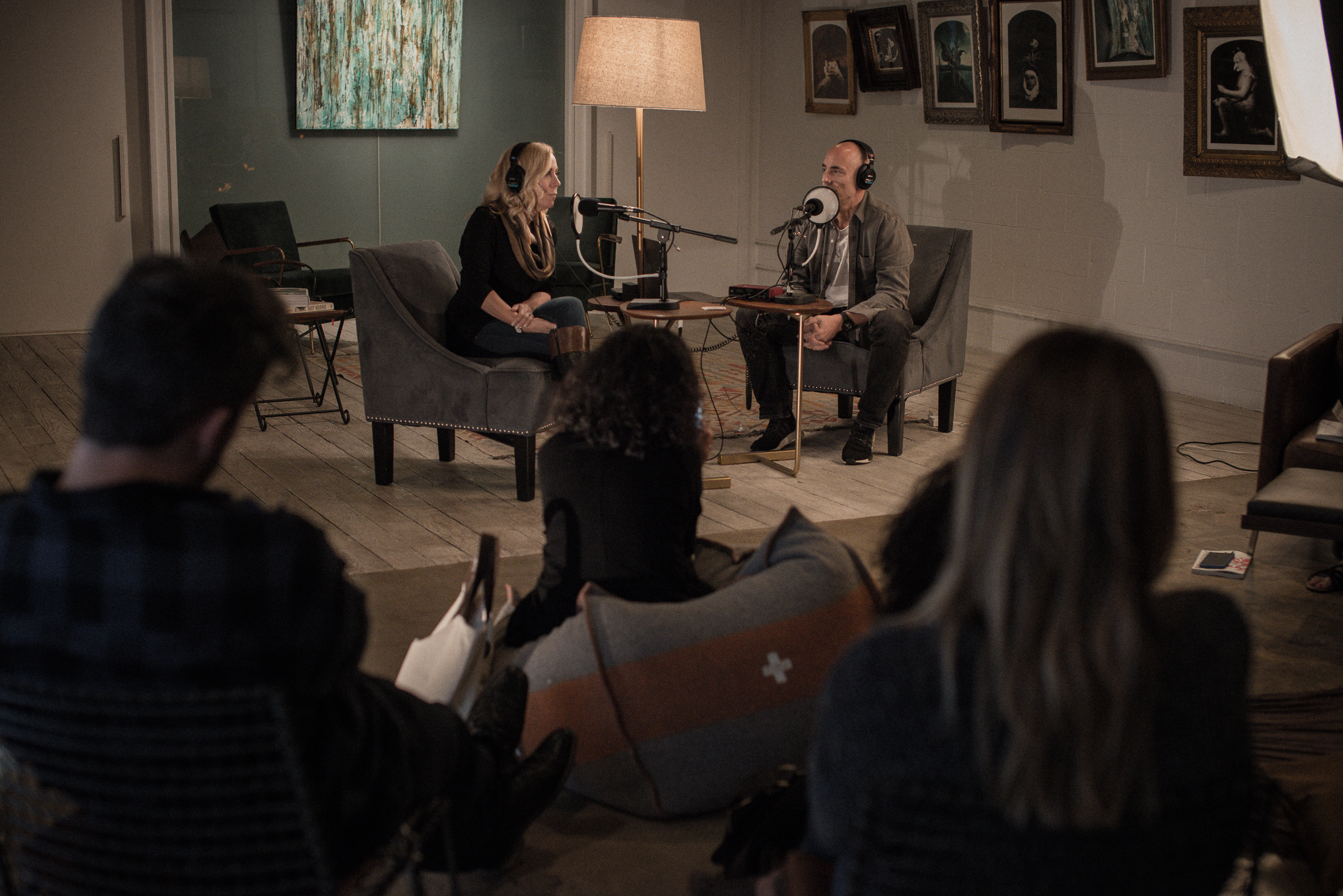 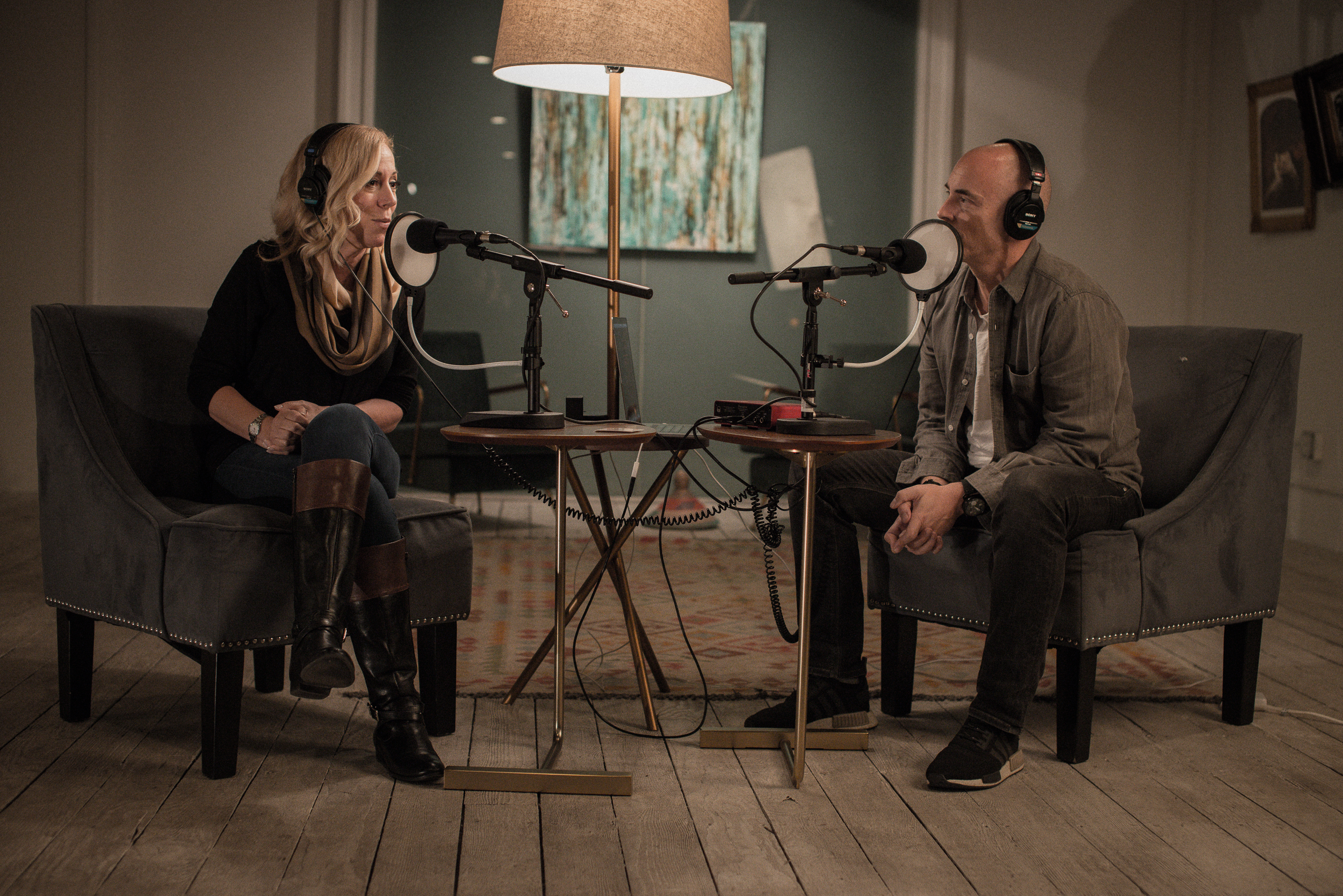 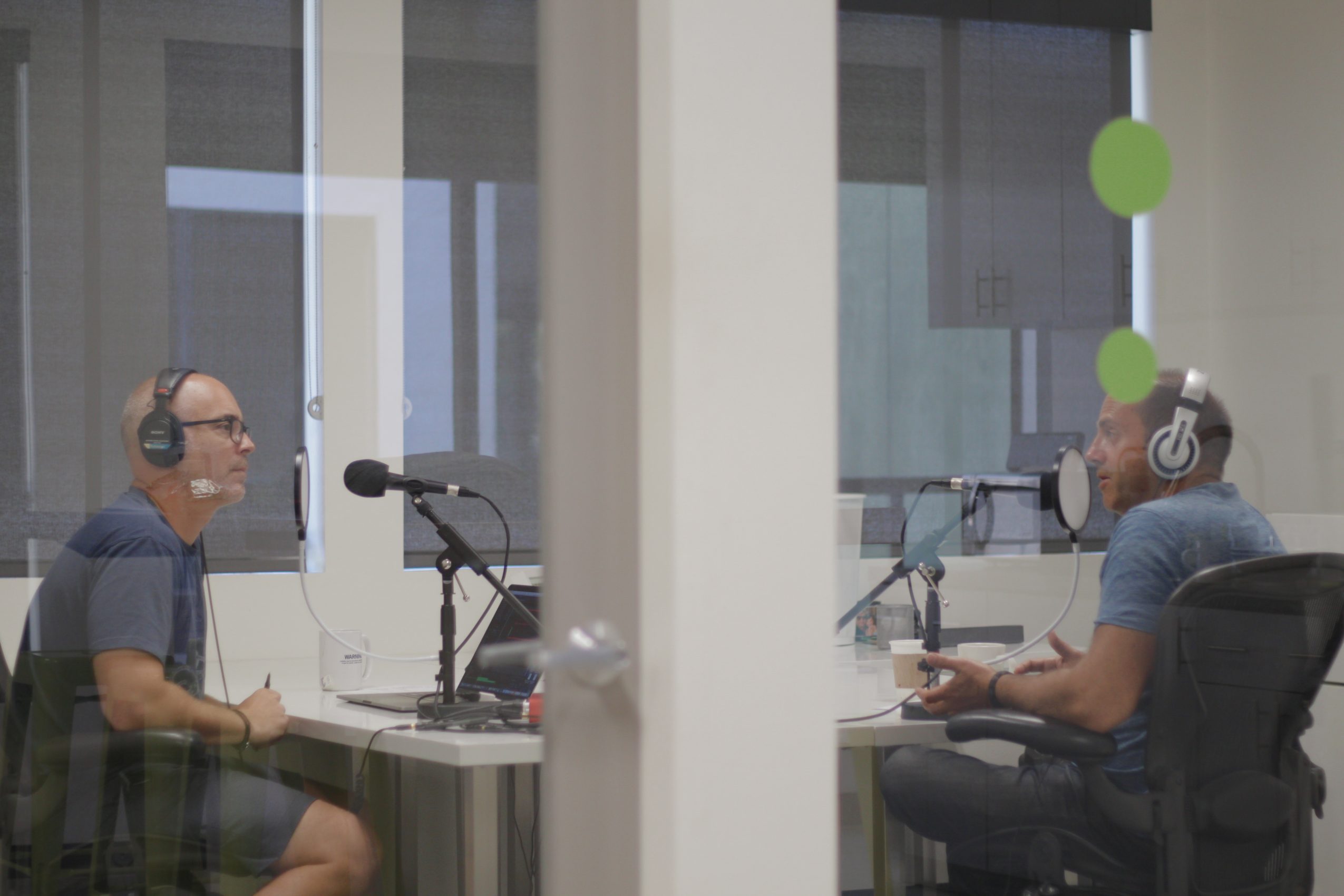 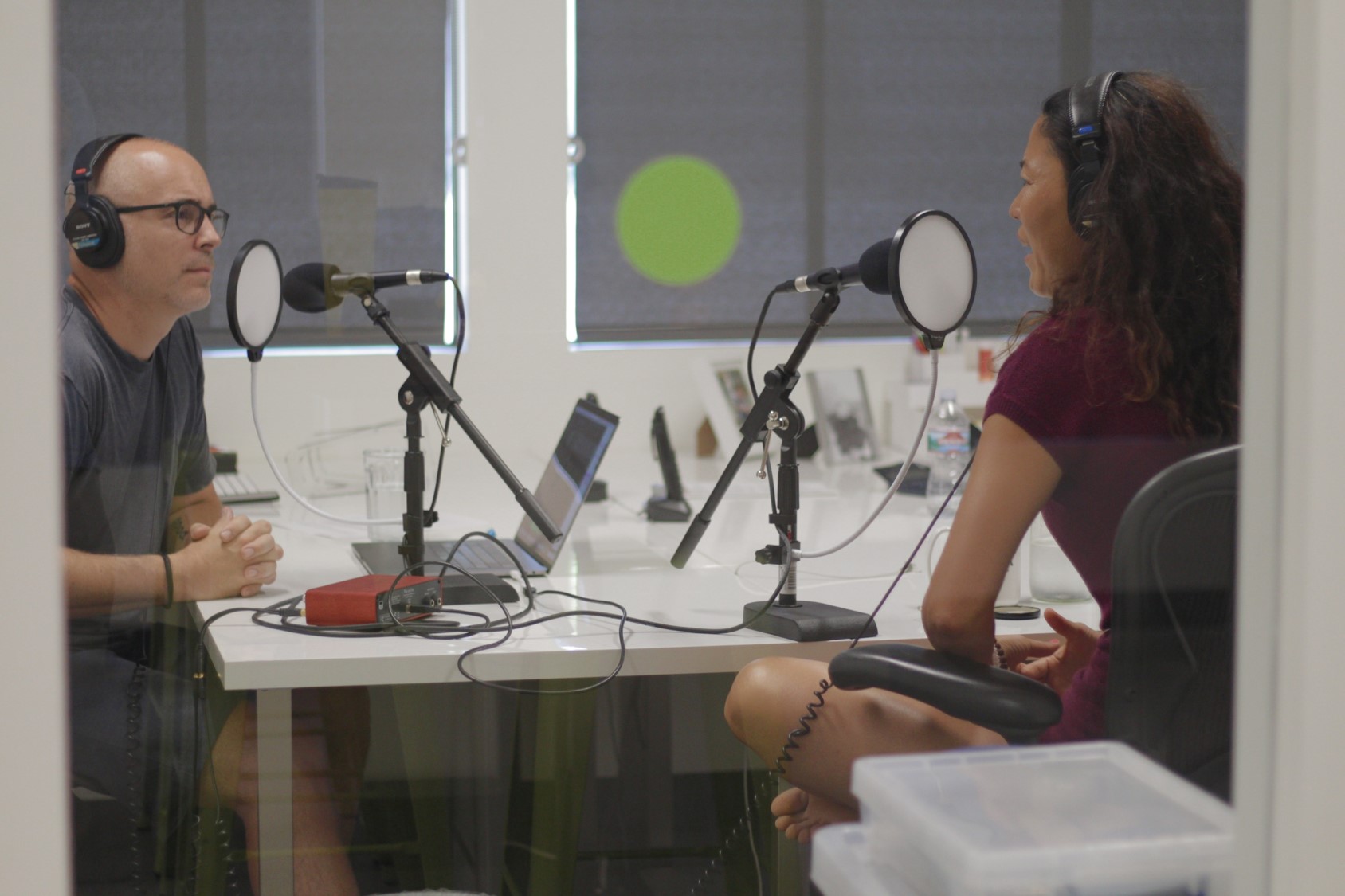 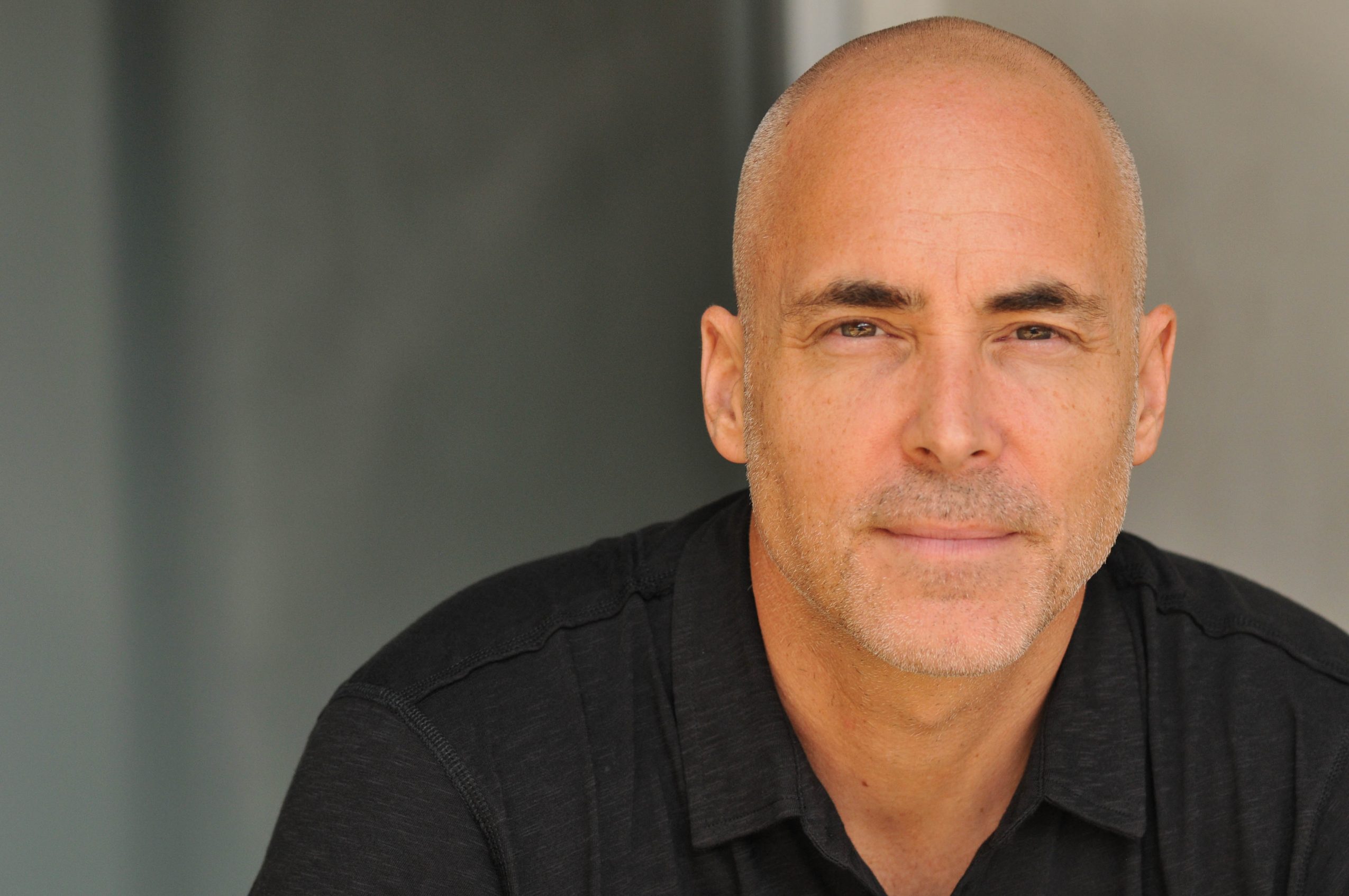