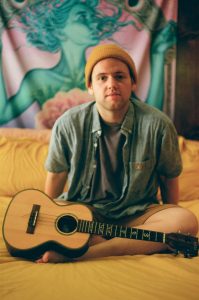 Today we’d like to introduce you to Robbie Rittman.

Robbie, can you briefly walk us through your story – how you started and how you got to where you are today.
Well, I’ve been on stage my whole life. I started doing show choir in first grade at Riverview Elementary School, and we were called the Riverview Rocket Revue. This ensemble would wear costumes and perform throughout the town and stuff like that. I stayed with the group for all of elementary school, then joined the men’s choir in middle school, and it was in high school that I started acting and stuff.

I’m from a small-ish town called Marion, Indiana, and most of the performing kids all took the class at the Community School of the Arts. I took voice lessons and dance classes and acting classes and all that. The leader of the school at the time, Mark Fauser, even encouraged some of us to write our own sketches and scenes, which stressed to me the importance of being original. At my high school, we did do stuff like Little Shop of Horrors and Hairspray, but with Mark, we’d sort of write our own shows.

I moved to LA at 18 (it’s a long story – ask me about it sometime) represented by the Savage Agency and went on auditions for a year and a half. I took all the UCB classes, managed to sneak my way into SAG-AFTRA, and booked a few super lowkey short films. But Indiana University was beckoning me, as most of my pals were going to college at that time, so I decided to go back home.

At Indiana University I kept doing show choir in a group called Singing Hoosiers, and I fell in love with jazz, singing in an elite eight-part ensemble called Vocal Jazz Ensemble one (we never did get the name right). I was even, briefly, a jazz voice major, but changed to film after deciding that being a jazz musician wasn’t quite my calling.

Throughout school, I supported myself financially by being the go-to videographer for the jazz department. And at the same time, I made short films of my own which I directed, wrote, and starred in. One of these films – Jazz Talk Radio – got into a few smaller festivals.

I moved back to LA after five years of school and found that filmmaking in this city is quite difficult, as filmmaking is inherently a collaborative artform, requiring a huge team and lots of resources, so I fell back in love with live performance. At the beginning of 2019, I decided to focus on three mediums: stand-up comedy, improv, and music. I took all the UCB classes again, took stand-up classes with Cool Beans Comedy, and started performing as a solo singer-songwriter for the first time.

At this point in my journey, I consider myself a musician. My greatest heroes are all multi-medium artists (Donald Glover, Trey Parker, Steve Martin, etc.), and I suppose that’s what I’m trying to be as well. Though I have pumped the brakes on comedy and filmmaking for the time being, I am certain I will return to them in the years to come.

In the meantime, check out my music. I’ve been focusing on performing live, but my EP will drop in the next couple months.

We’re always bombarded by how great it is to pursue your passion, etc – but we’ve spoken with enough people to know that it’s not always easy. Overall, would you say things have been easy for you?
Not at all. I’ve always had weight issues. I was 320 pounds at 15, and even now I’m not a thin person. That’s always been a big thing for me.

And my family life has always been pretty rough. I am a bit shy to get into it, simply because I wouldn’t want to embarrass anyone, but my mom has a lot of demons and sometimes directed those at me and my sister.

My dad’s passing a few years ago was pretty tough.

And there’s just been a lot of other stuff that I wouldn’t want to get into quite yet. But that’s life! There is joy and there is suffering. I’ve had my fair share of both.

Can you give our readers some background on your music?
My business is me, unfortunately! It feels silly to say that, but it’s true. I consider myself an entertainer. Like I said earlier, my focus right now is just to be a great musician, particularly a lead singer that plays guitar (or sometimes ukulele), but I am definitely a big idiot between songs. I had to grow up learning to be funny because I was so fat, but I am still funny to this day as a result.

One of the things that set me apart as a musician is my choice of repertoire. I fell madly in love with jazz in college, as in high school I was just a big musical theatre nerd. Don’t get me wrong, I listen to pop music, too, and my first album I ever owned was The Backstreet Boys or something silly like that, and I love music from all decades, but jazz is just this shining beacon. The math of it, the theory, the harmony, the tradition – it’s just beyond beautiful to me… So oftentimes when I play, I will strum a tenor ukulele with a low G string, croon out my favorite jazz standards, and do a trumpet impression with my mouth that’s not bad. But! I realize that could make me a bit of a novelty act, so I also play guitar and write my own songs.

What were you like growing up?
I’ve always been fascinated by music. I used to pore over pages of sheet music, even though I couldn’t read the notes or the rhythms or anything. But I also watched a lot of movies growing up, played video games, read a lot of books. I never find the time to read nowadays, but I’ve tried to read the classics. Moby-Dick is too tough, but I loved Anna Karenina and Crime & Punishment. I also read Infinite Jest, which is embarrassing.

As far as a person, I’ve always been super duper friendly. My parents didn’t pay that much attention to me, so I always sought refuge in the arms of friends. I’m always down to hang.

I’ve never been that serious of a guy, simply because I don’t see the point, but I can get contemplative. And I can definitely be way too lazy, just because I’d rather have fun. Any art is work, and it’s fun to procrastinate. 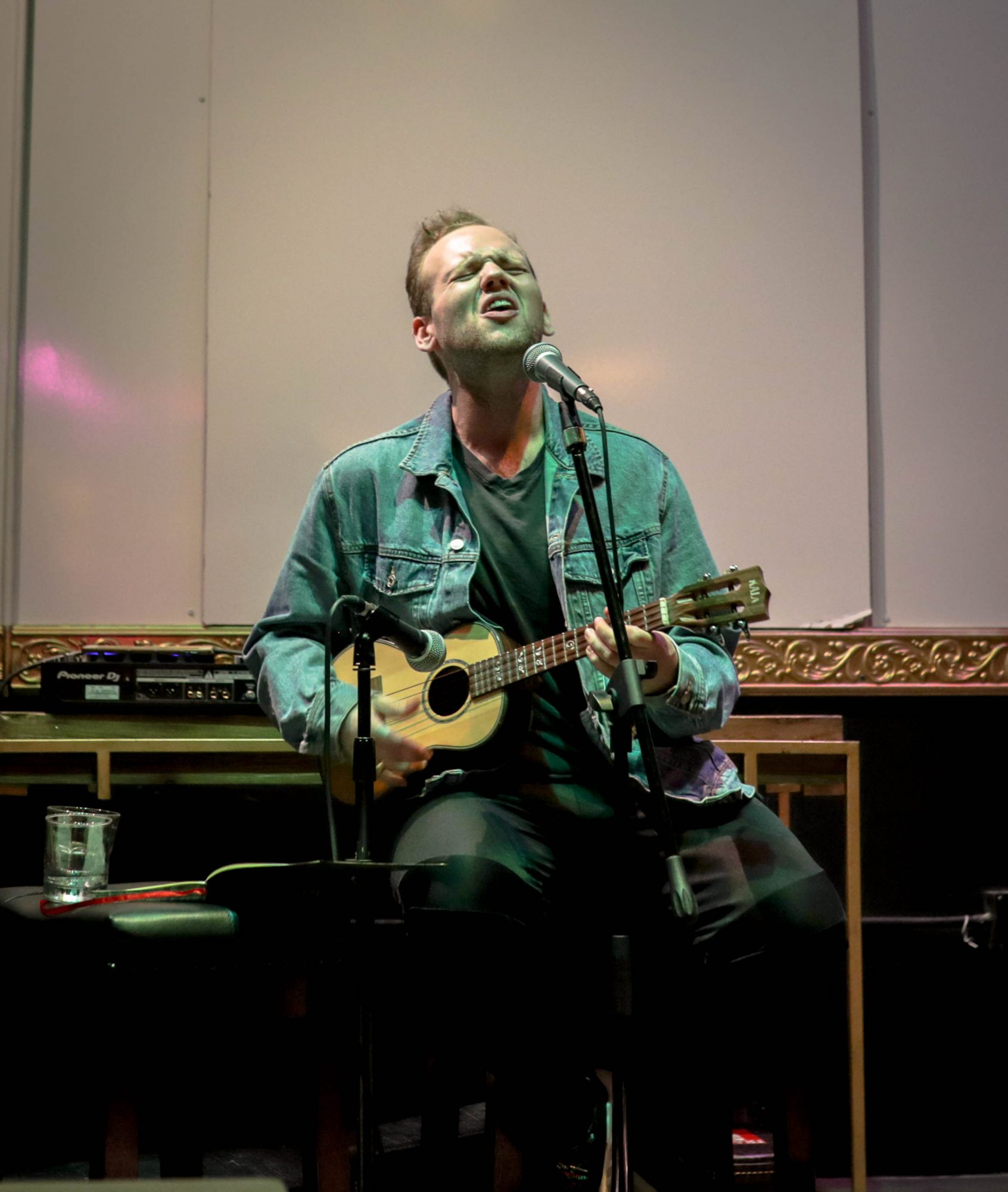 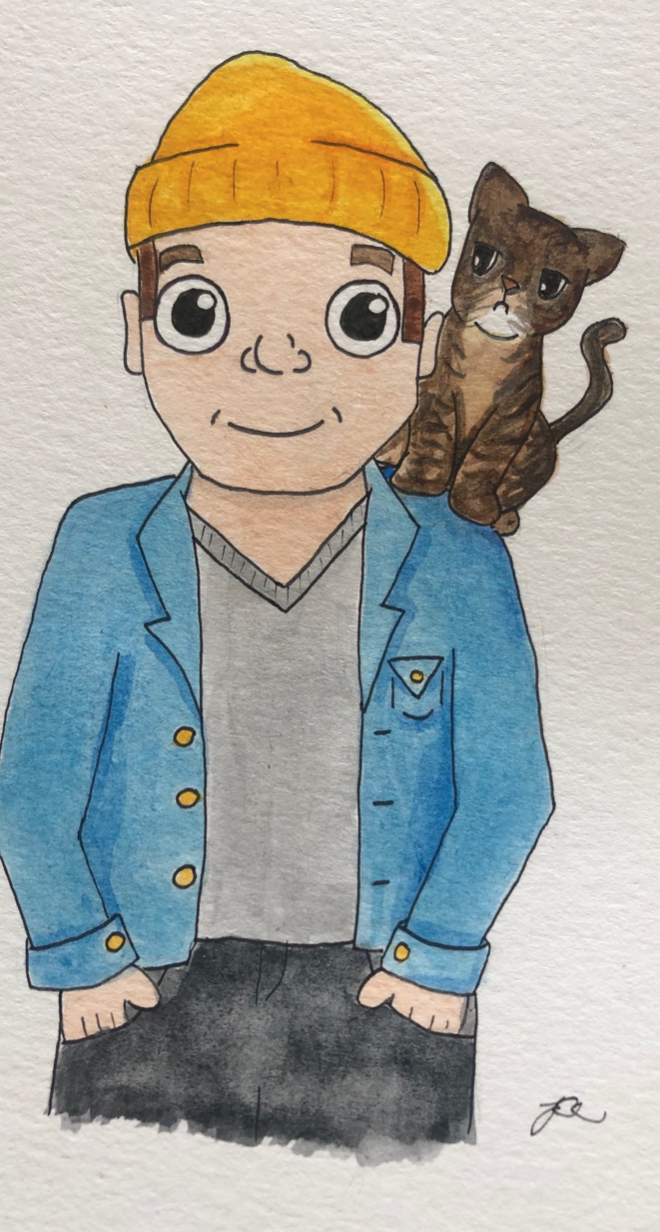 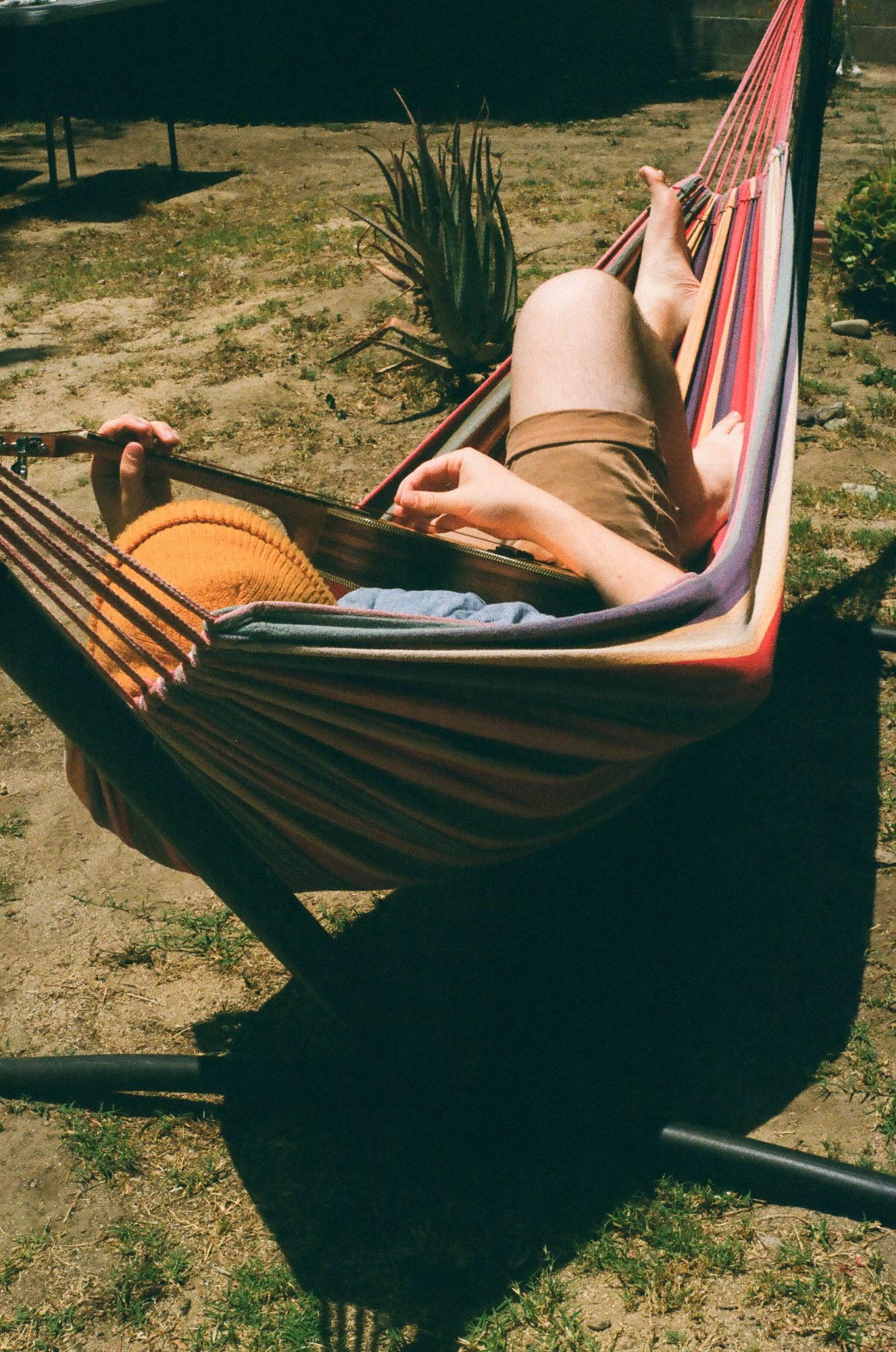 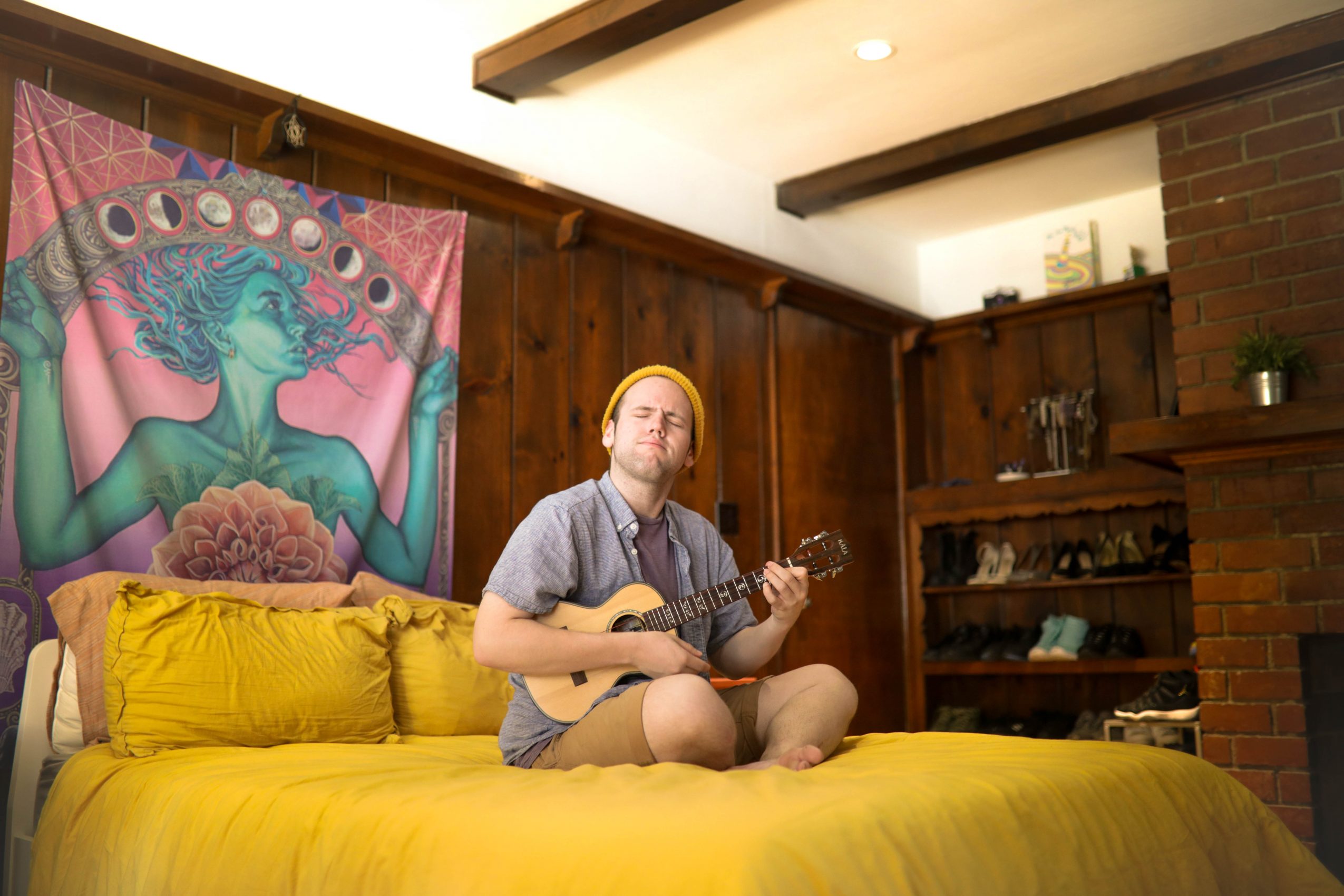 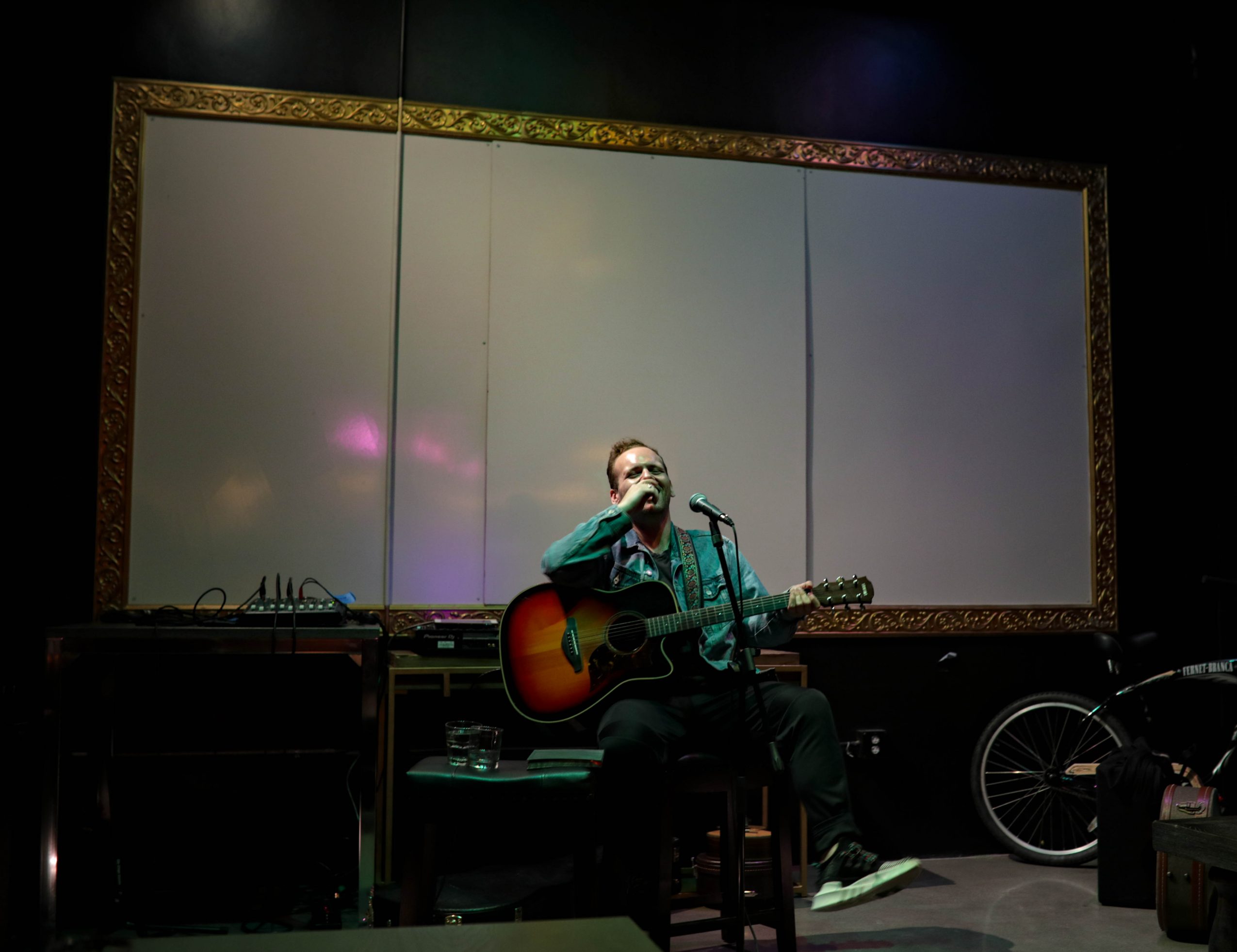