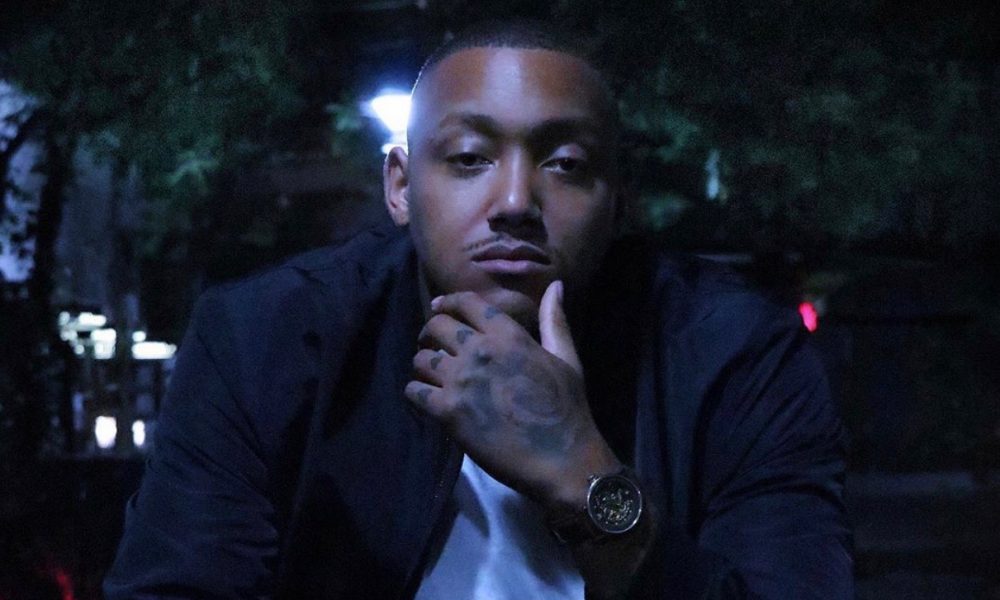 Today we’d like to introduce you to Riyad Hasaan.

So, before we jump into specific questions, why don’t you give us some details about you and your story.
I was born and raised in West Philly. Despite the violence and struggles around me, my mom and dad always did there best to provide for me, and always made sure I never went without. When I was five, my mom got me a light up guitar for my birthday. I had no idea how to hold the guitar, so I laid it down and turned it sideways like a keyboard. I remember seeing the colors flash as I played each note and the sounds that came from it. From that point on I knew how much I loved music. My dad was a jazz fanatic… still is. He played jazz every night and day. I couldn’t stand hearing all that noise at the time, because I felt as if it didn’t have a rhythm. My dad unlike a lot of fathers to young black men always supported me and showed me the importance of life and becoming a man. Even though I wasn’t into the jazz, the exposure to music was always present. I used to love going to my grandma’s because she had this old piano that no one but me played. I remember playing my first set of chords at six years old and the reaction’s from anyone that heard me. My grandma was my #1 support with anything and everything, and she always said “boy can you please finish the songs”. I played for hours on end throughout the day until she told me that it was getting too late. Even then I would sneak downstairs and play songs as quietly as I could.

I didn’t start taking music serious until I was around 15. At this time, I had left Philly and was with my mom in Colorado to get away from the hood. My brother Ray got me my first big keyboard, and I don’t think there was one day that I hadn’t played it. The keyboard had everything. Drum loops, chord progressions, split keys, and the most important keys of all.. play and record. At that time, I had made my first full beat using three keys and layering them with a kick. My brother said “yo bro… that’s hot!”. I stumbled upon Fl Studio around that time as well, back when people made jokes on it. I started working with the demo version of Fl because I couldn’t afford it. I couldn’t save any tracks I made while in the demo version, so I recorded it with my phone instead. I had hundreds of recordings and didn’t know what to do with them. I started posting tracks on soundcloud, reverbnation, facebook, etc…I would rap with my friends all night over the tracks I made.

When I graduated High school 2013, instead of going to college, I ended up joining the Marine Corps. It was the best decision I had made. It taught me how to be responsible, how to work as a team, and how to not save money. All the money I spent was on music equipment and this crazy laptop. I never left my barracks room. Everyone wanted to drink, go out to the clubs, flex on tinder, etc… I spent that time developing my skills, knowledge and production. Wherever I went, I had my laptop with me. When I was in the middle of training for weeks in the desert or in the cold, I would have my laptop inside of the tent posted up. I never made excuses to not create music. I had stacks of tracks. but still didn’t understand how I would get them out there. In 2016, I met with 7X Grammy-nominated producer Haskel Jackson through a mutual friend at the time. I sat in a session with him, and it was the first time I had ever been in a professional studio. A few weeks later, Haskel had hit me up and told me that he wanted to work with me and take me under his wing as a producer with Genesoul. I about lost my mind, and I thank God so much for that. Haskel introduced me to all of his artists, and I was able to hear the vocals on my tracks for the first time. He taught me about the differences of being a beatmaker vs a producer, he gave me the tools I needed to succeed in the industry and stay out of bs.

Throughout that time, I dealt with a lot, from losing my best friend, failed relationships, depression, anxiety, leaving the military, and trying to figure out this music life. I was distant from God, family, and myself. I felt like I hit rock bottom multiple times. Times where I had 5 dollars to my name, to almost being evicted…I just kept pushing and didn’t give up despite the many times I felt like doing so. Through my many failures, I kept my faith. This year I received the news that I had my first major placement in the universal film “ma” produced by myself, Haskel Jackson and written/performed by Actor/artist Dante Brown and that I was attending the red carpet premiere. Three months later, I received another call that I got a placement in the upcoming Netflix Original “Uncorked” Featuring Memphis artist, Marco Pavé. God has never left my side. Sometimes in order to succeed you have to realize where you failed and do your best to learn from it. My mom always taught me the importance of this. Currently, I am awaiting to attend the Revolt Summit LA, working on my first single release, Ep, and projects with many artists here in LA. I am also looking to collaborate with major brands and developers to include Image line, Spotify, etc..

You’ve overcome a lot – from losing friends to various financial struggles, but you never let anything stop you on your journey.  What were some of the biggest struggles along the way?
I encountered many struggles along the way. I almost lost my apartment, I got my car repossessed while I had to sell another. I sold my TV’s multiple times, music equipment, even my clothing just to make ends meet. With that I also struggled with depression and anxiety.

We’d love to hear more about your work and what you are currently focused on. What else should we know?
I’m a producer, artists and songwriter for Hjent (Haskel Jackson Entertainment). We have a studio located in Inglewood, CA. I also have a home studio where the majority of my work is done. What sets us apart is that we are about family and building together. A lot of studios just care about money, getting the bag, and “making it”. We focus on developing young to older artist from all skill ranges and creating a positive environment for them. We are more than involved with the communities in LA and work with many other countries as well providing the same commitment.

What is “success” or “successful” for you?
Success is nothing without vision. I always tell people that we have this twisted idea about success and to get there you just have to work hard and fail a few times. You can fail a thousand times and never see success. Success is about where you see yourself. Everyone’s idea of success will be different. You know your “successful” when you see yourself where you’ve always imagined yourself being. Your own dreams become your own reality. 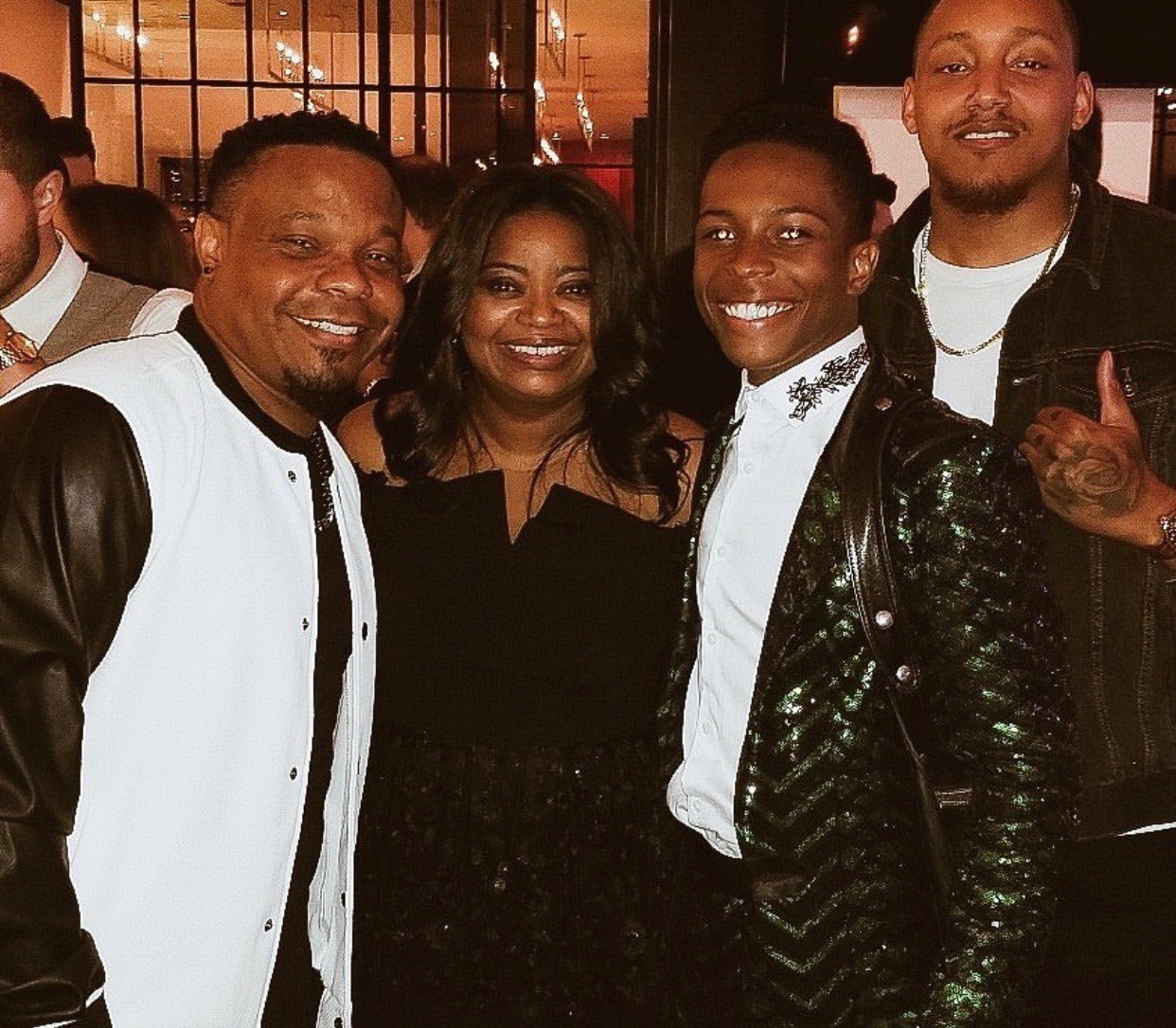 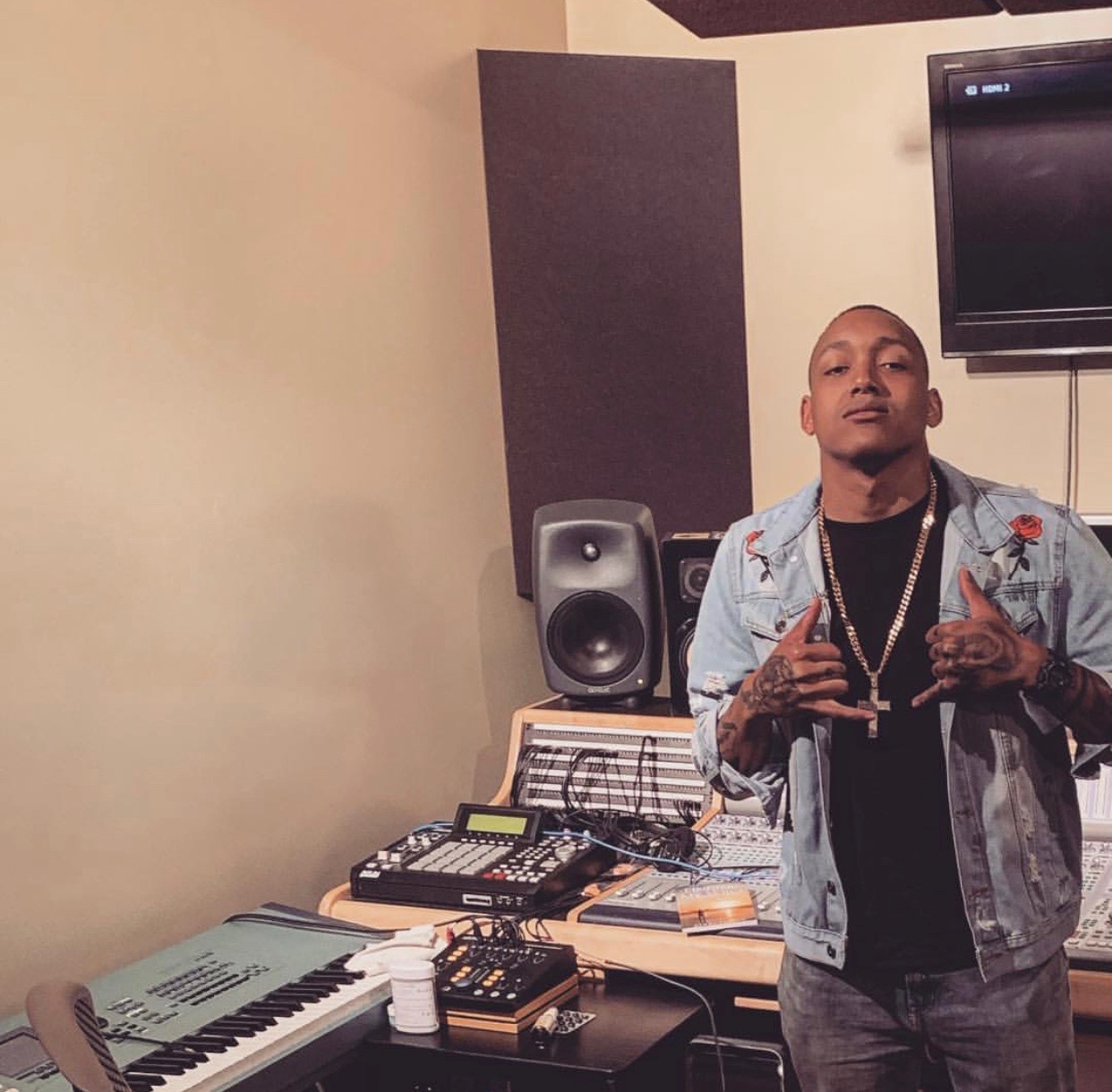 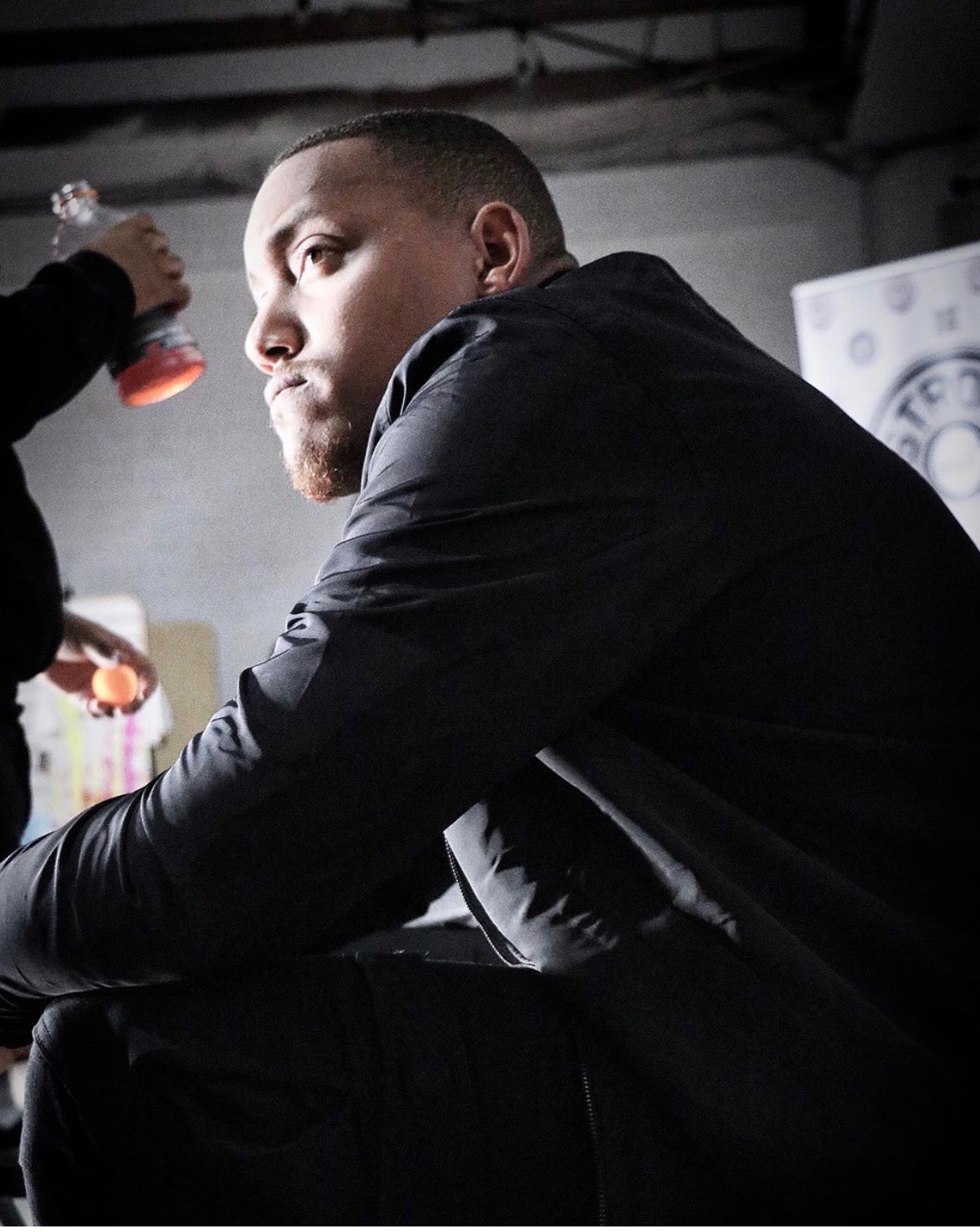 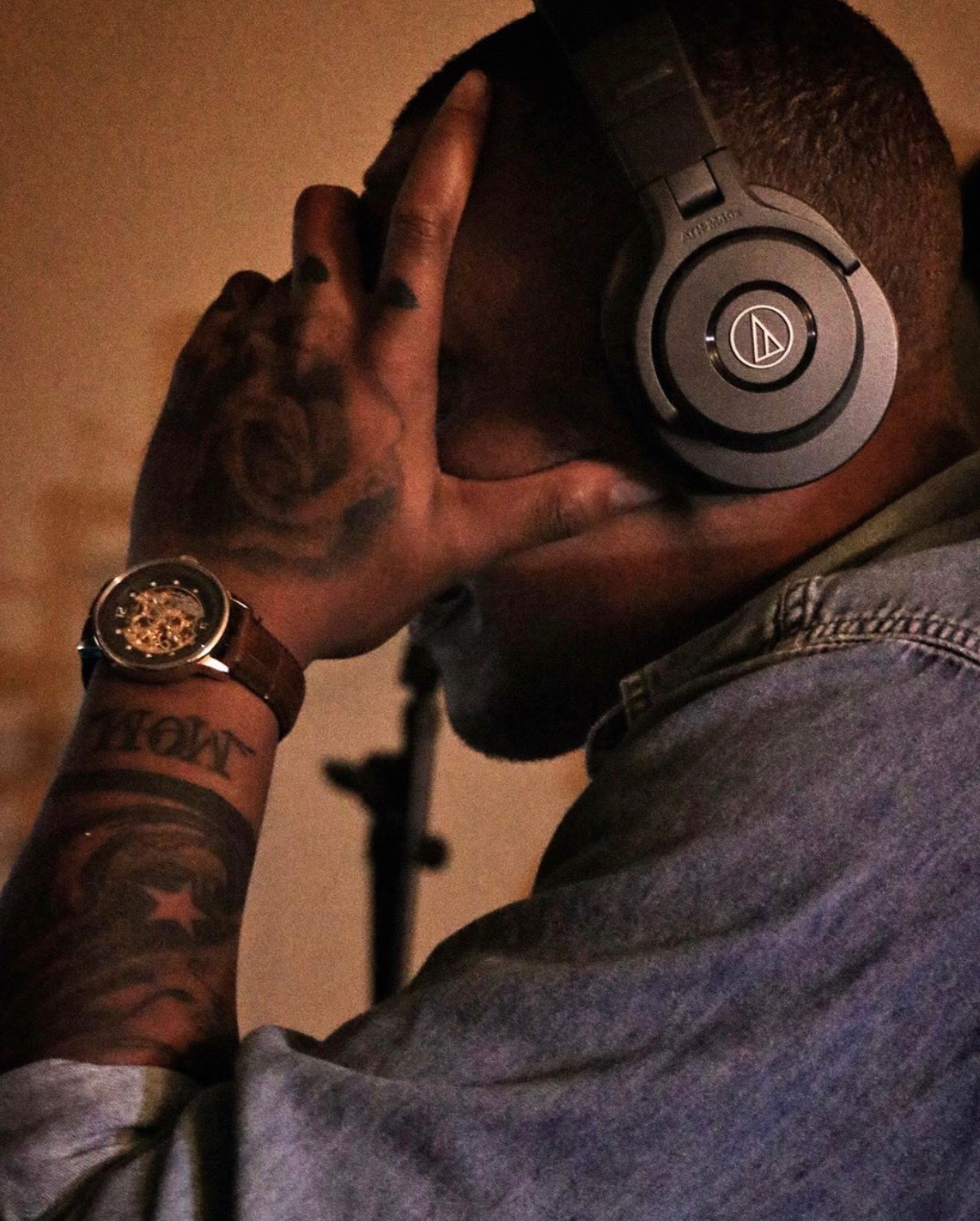 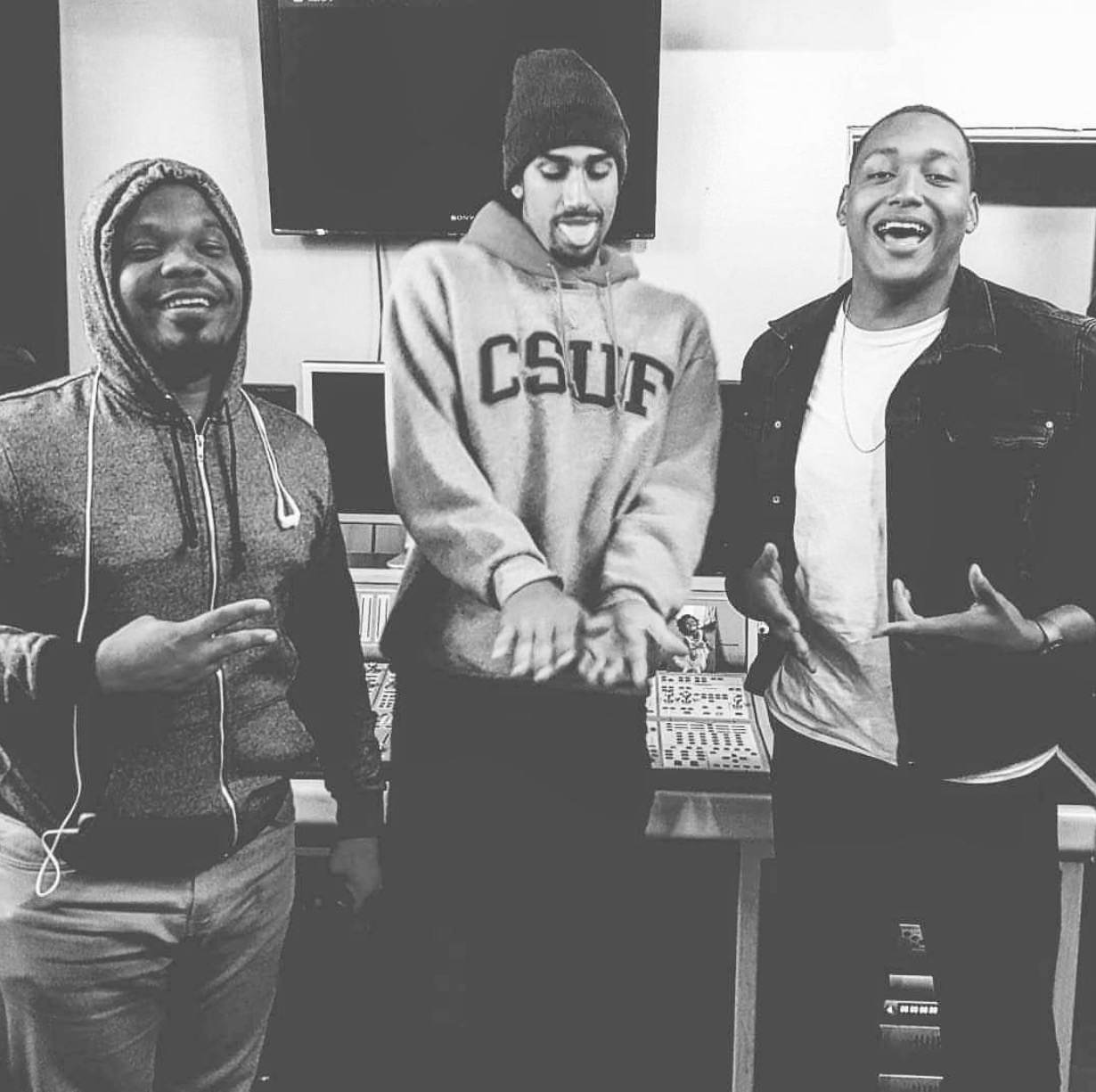