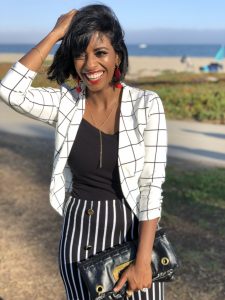 Today we’d like to introduce you to Riji Raja.

Riji, please share your story with us. How did you get to where you are today?
When my husband and I moved to Los Angeles to pursue our acting dreams, we knew it was hard to break into Hollywood.  An actor’s life is full of rejection, and being immigrants of Indian descent, the number of roles offered to us would likely be even smaller.  But we never imagined we’d wind up homeless. Here’s my story.

Hello again! My name is Riji Raja. I was born and raised in Kuwait. And yes, I come from that country that’s been through two Gulf Wars, and I was definitely around for them both. But that’s a story for another time!

I had always wanted to come to America, so it was a dream come true when I met my husband on Facebook six years ago (even though we had one mutual friend who helped reinforce the connection). To us, it was truly an “East meets West” love story. I was still living in Kuwait then. And he was born in Dubai but had been living in Dallas, Texas since he was 7 years old.  Despite a tangled mess of caste discrimination that included death threats from our families (another story for another day) we knew we were meant for each other.  So, he flew to Kuwait to meet me in person for the first time, and 11 months later, we were married.  Together, we moved to Dallas, TX and began our lives as a married couple.  We had a decent apartment there, and both of us held decent jobs as well. Win-win right? Sure, let’s go with that for a bit.

Acting had always been our true passion, despite it being frowned upon by our families and culture. And with Hollywood’s recent focus on diversity, we thought this was our time.  So, in 2016, he and I packed up with our little Yorkie, Marcus, and moved to Los Angeles to pursue that dream.

Like every other fresh actor on the block, we got headshots, met with agents, lined up auditions, and took part-time jobs walking dogs for Rover.  But with the high cost of living in Southern California, our living situation quickly fell apart, forcing us to downsize from a two-bedroom to a one-bedroom to an apartment shared with ten other people to finally live in our car—all within the last two years. As much as it was tragic, it was a 17-month journey that I embraced with all my heart, and I wouldn’t go back and change a single thing about it.

The first big challenge of sleeping in one’s car is figuring out how to do it without breaking a bone or tearing a muscle. Some nights I have cursed this human need for sleep, wishing slumber was optional. What finally pushed me over the edge was watching Mel sleep in the front seat, curled up like a ball, while he made a makeshift bed for me in the back, so I could sleep better. But when we finally managed to transform the back of our mini-SUV into a memory-foam-fitted sleeping pad, it was like finding out we were sleeping on a gold mine all this time! Talk about “Street Smart”!

Anyways, gradually, we began to discover more on how to makes homelessness work for us rather than against us.  It started with parking your car near other RVs on the quietest street you can find so the police won’t bother you.  As far as food, we stumbled upon IKEA’s $2 breakfast, which is everything you could ask for—eggs, sausage, potato, pancakes, waffles. And all organic! Food-Stamps (EBT) kept us alive on other days.  And the microwave at Wholefoods was our discreet blessing.

Another daily hack was our Planet Fitness membership.  It cost only ten dollars and the showers were squeaky clean.  Once we had showered and dressed for the day, you’d never guess we were homeless. This put-together appearance has always shocked many. 100% of the time, the responses have been, “I would have never guessed you were homeless. You seem to be so optimistic and full of light. How do you stay so positive?” The answer was Faith, Gratitude & Patience. Lots and lots of patience.

As for the painful memories, I still recall a moment when I had brought back excess food for my husband from the set after a long day of background work for a TV show, and I got so emotional. I remember staring at the moon, crying and letting my tears drop into my food while praying for God to just end it all.

And one day during that painful journey, I accidentally met the Founder of The Giving Keys, a company that employs the homeless to make inspirational jewelry. Two months later, both my husband & I got jobs with them. It’s been a year since we are working with them. How time flew by so fast! But let me tell you…time was at a standstill during those 17 months of living in our car.

We definitely had to put our acting career on the back burner till we could get back on our feet. But with our new jobs, we were able to slowly save up, and 3 months ago, we signed a lease to a studio apartment in Burbank. Pretty much in the backyard of Warner Brothers & ABC studios. That is just extra special! More like a reminder of why we moved out here, and how we lost everything, to simply come back in full circle. What’s also funny is that it was Burbank where we first “camped” out before we shifted base to Inglewood, Culver City, Marina Del Rey. These were places where we had a lot of pet-sitting clients (some of them were Entertainment professionals).

We’re always bombarded by how great it is to pursue your passion, etc. – but we’ve spoken with enough people to know that it’s not always easy. Overall, would you say things have been easy for you?
Oh my! I wish I was handed a handbook on “How To Live”. Life is never easy! And the life lesson that I took away from my enduring journey has been the long chapter on homelessness, the important chapter on meeting & learning about other kindred souls going through homelessness, the good chapter on humility, and the great chapter on learning there are no dead ends, but they’re just detours. I intentionally trained my mind to never give up and instead keep hustling. To march forward and not to look back. Like I had mentioned above, I don’t believe in dead ends. They’re just detours. And my bout of homelessness was just a detour.

Many even suggested that I probably go back to Dallas or take up a ‘real’ job since I have a Master’s in Finance. But I am someone who is very determined. Very. Once someone tells me I am not “good at it” or I am “not worthy of it,” I will bend backward to prove that I am everything that they said I am not.

And that brings me to making another confession – I did not read a single self-help book while on that journey. I just felt there wouldn’t be anything out there that can heal my mind except God. So I let Him do His work in me. So, today, I am who I am because of this higher power.

P.S. Our biggest heartbreak was when we lost our friends, when we were discriminated because of our color, and when were treated differently because of ‘our situation’. Oh well.

So, as you know, we’re impressed with your work – tell our readers more, for example, what you’re most proud of and what sets you apart from others.
As for someone who has been trying to make a break for only two years now, I am still a fresh, diverse actor on the block. My color is probably what sets me apart from others because this has been my major obstacle. But this also makes me want to crack this acting game! A determination I made while being out on the streets!

So, what’s next? Any big plans?
Recently, I was asked to host the Red-Carpet interviews for the American Icon Awards. I was so nervous when I heard who I was going to be interviewing but also realized this was what I had been waiting for – a blessed break! The invitee list included Al Pacino, Robert De Niro, Quincy Jones, Sylvester Stallone, Joe Mantegna, Evander Holyfield, Matteo Bocelli, Robin Thicke, etc. Even writing these names makes me anxious. In the best way!

Another personal headliner that I am still humbled about is booking a role in a film by a famous director who made his directorial debut in 2018. The filming begins next week!

In the meantime, I am currently and aggressively growing my network because God knows how I need more human interactions in my life.

My husband and I never knew the emotional strain or the financial impact homelessness would have on us until we were forced to live it.  Our ultimate dream is to build a legacy together, to be a voice for the forgotten people (like us), and to help cultivate a community of change-makers where we can all bloom and thrive together regardless of race, skin, and color. Maybe even start our own Production Company where we get to hire those who are transitioning out of homelessness, recovering addicts or ex-convicts. Everyone deserves a second chance! 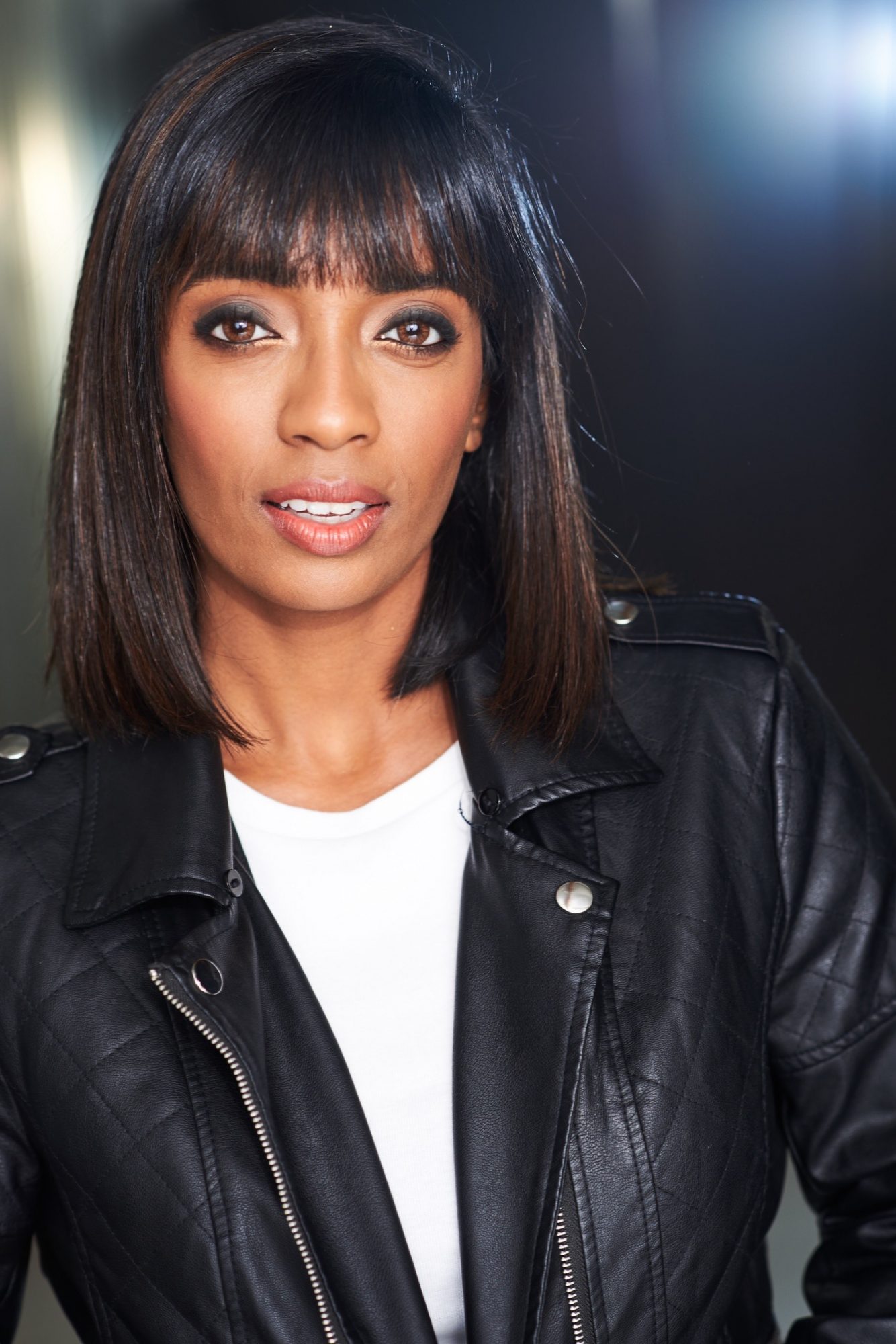 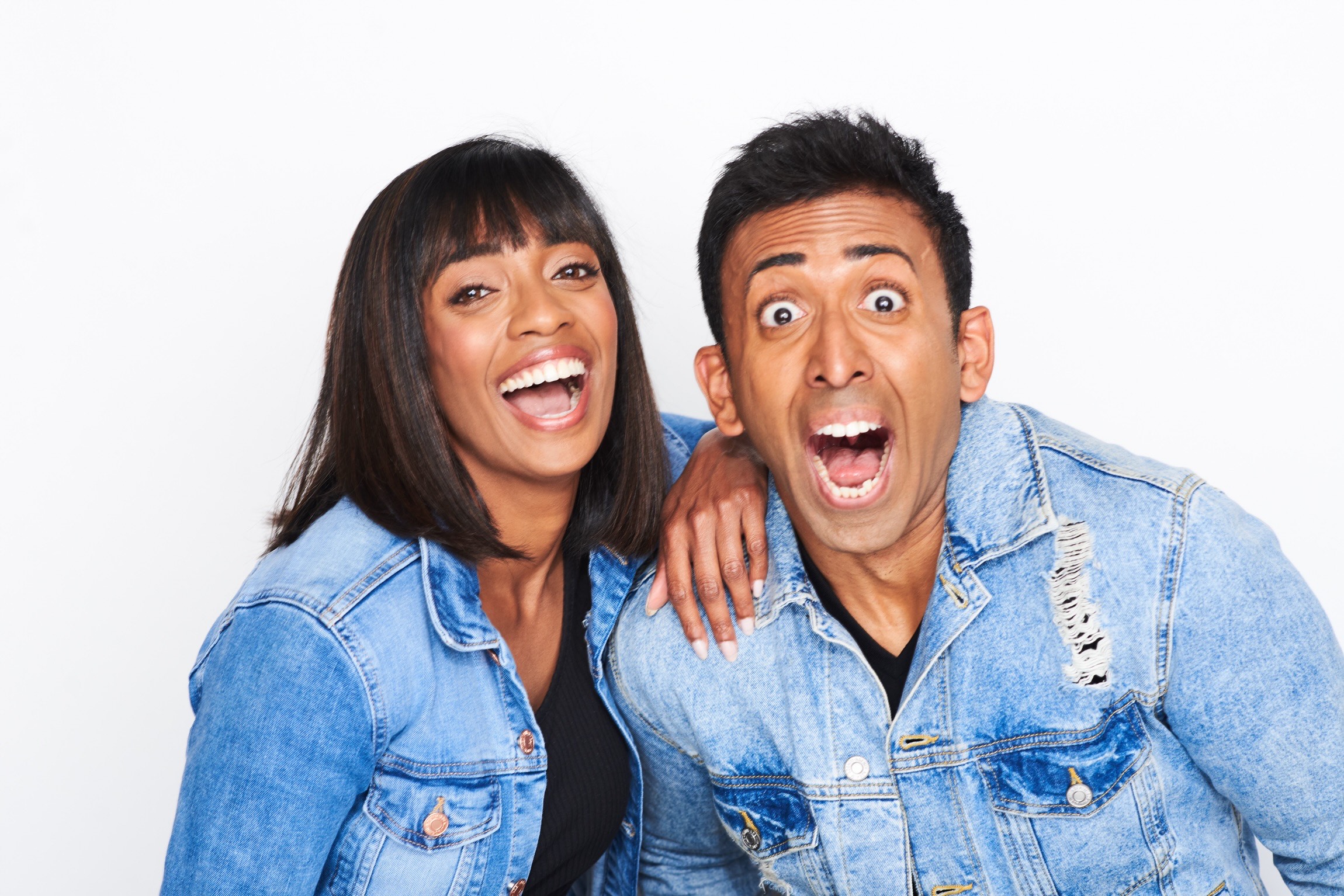 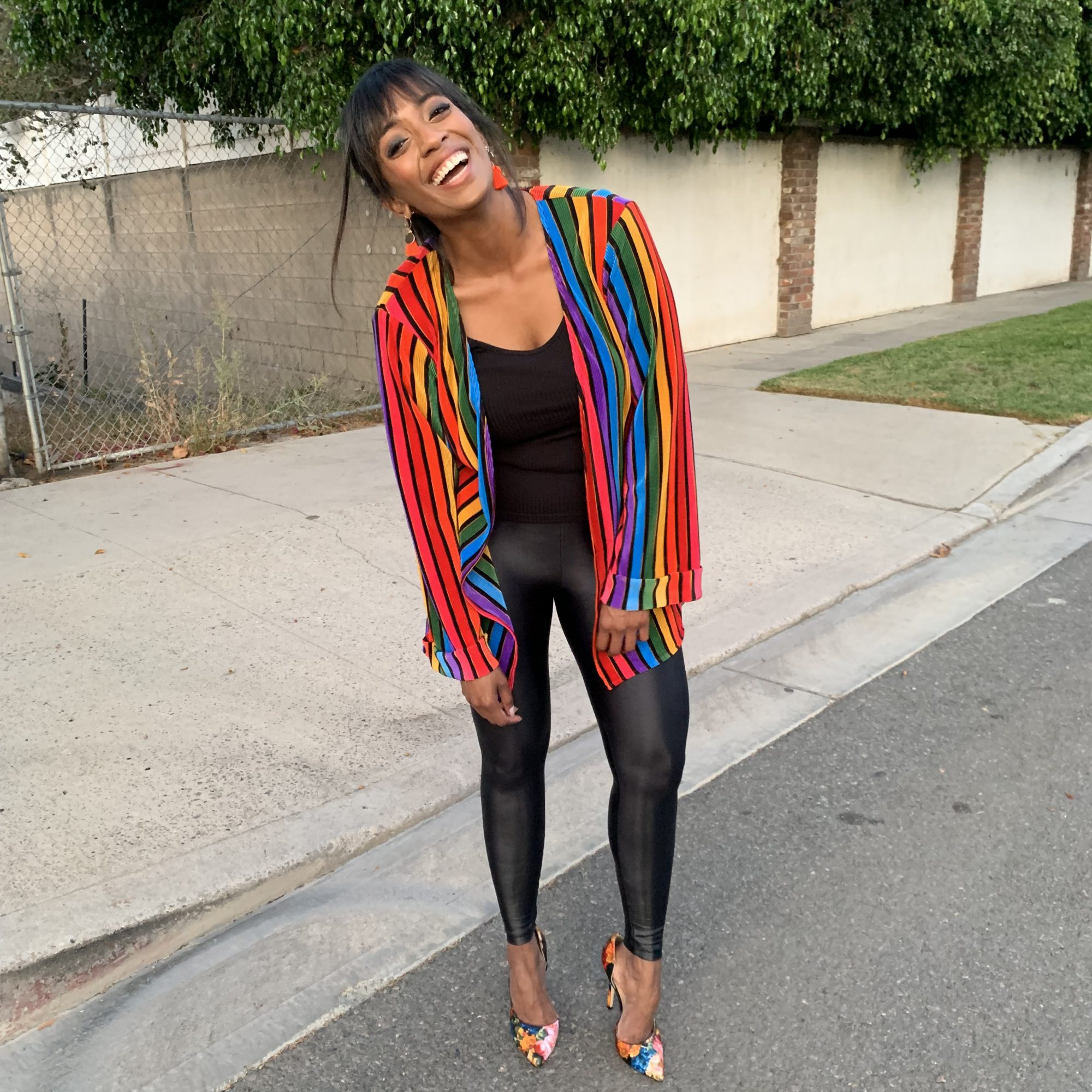 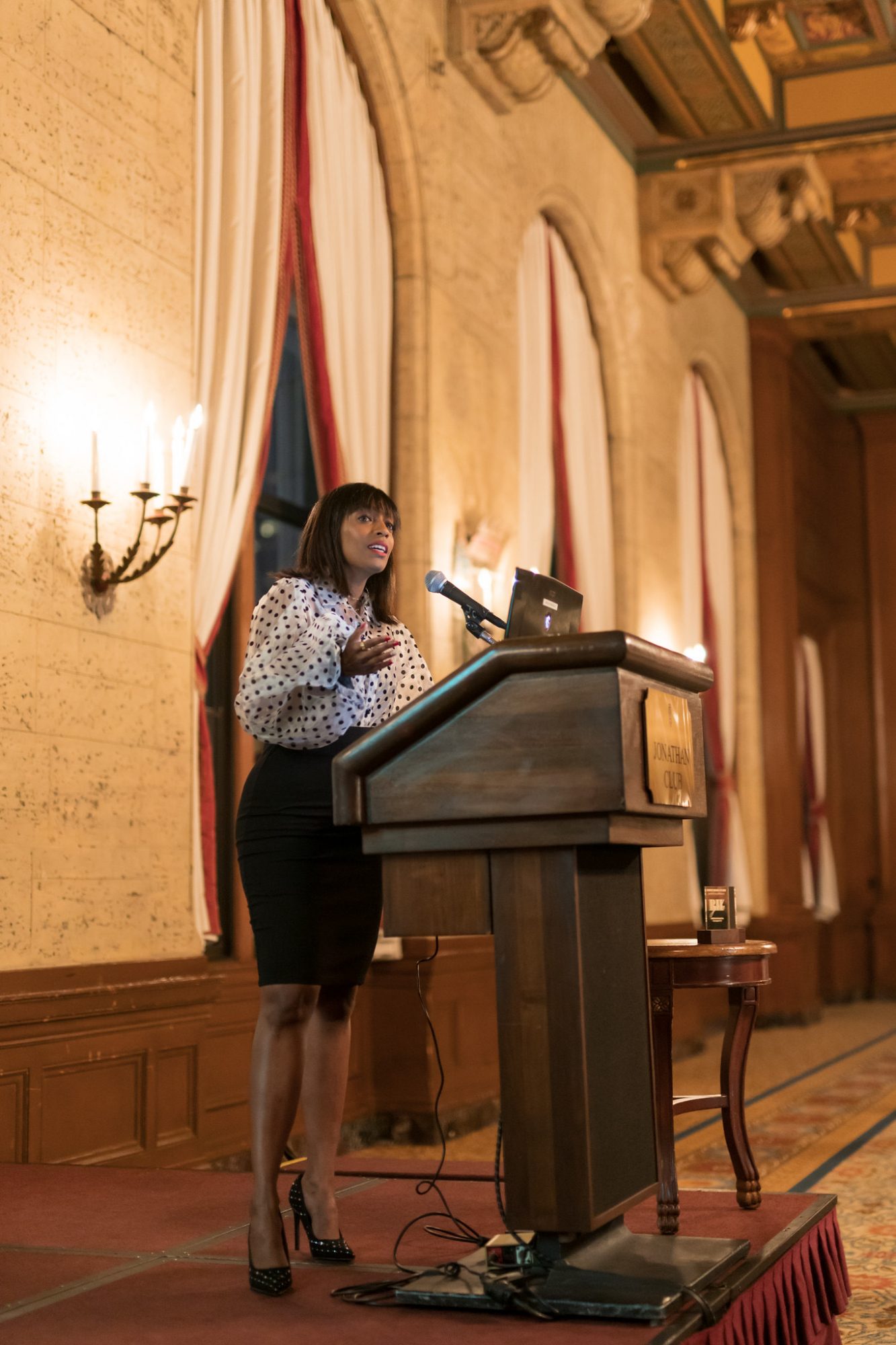 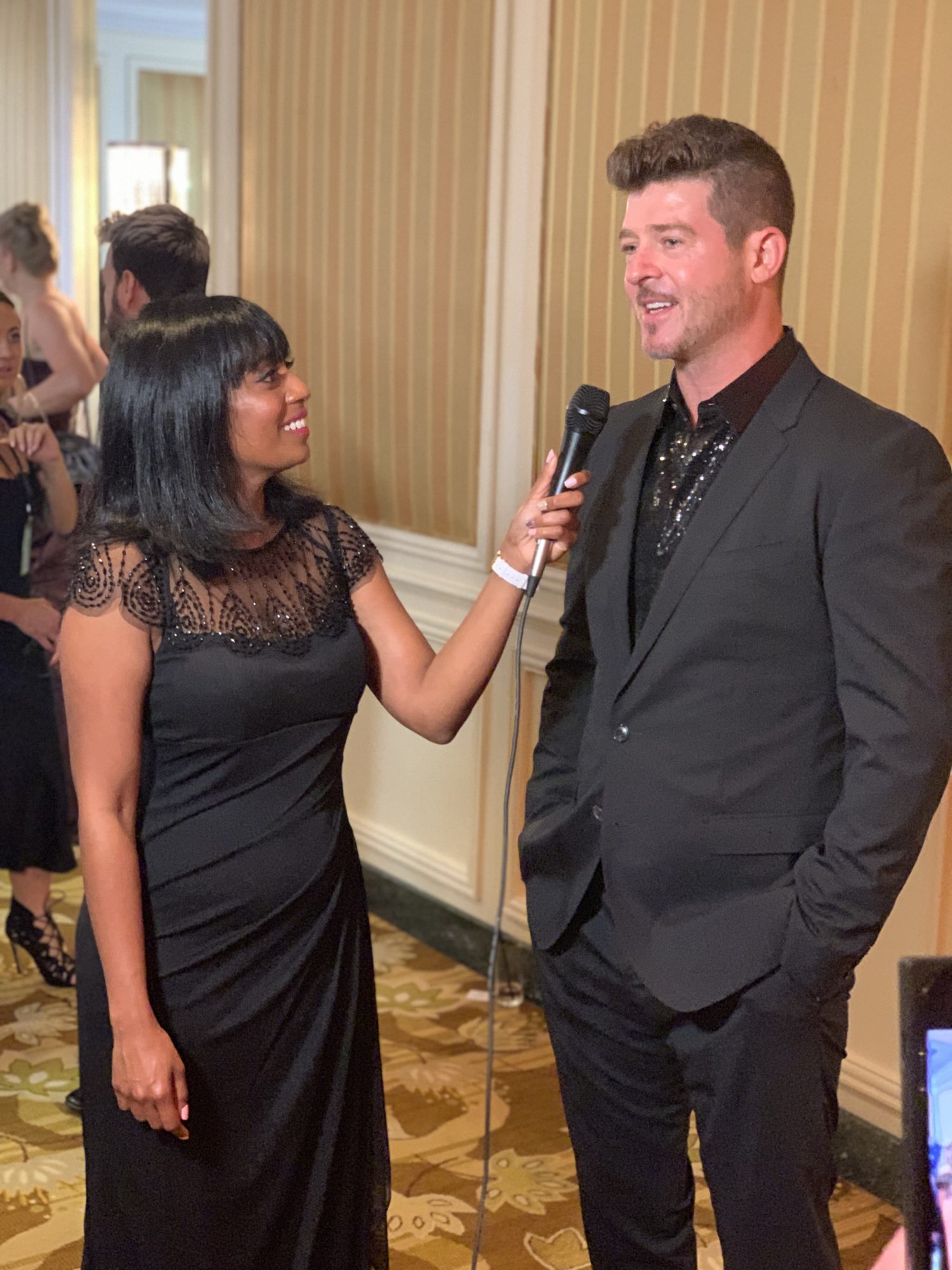 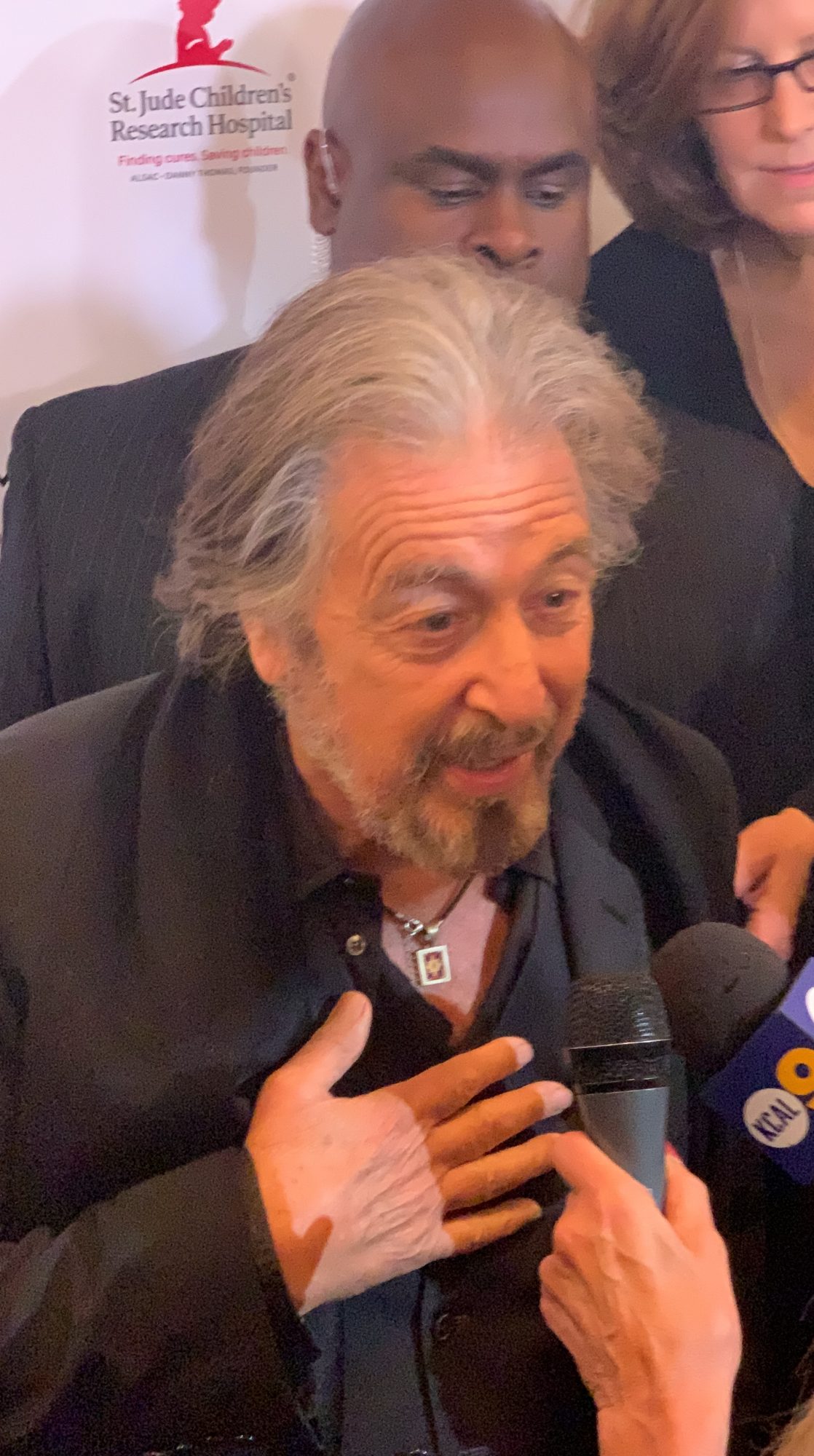 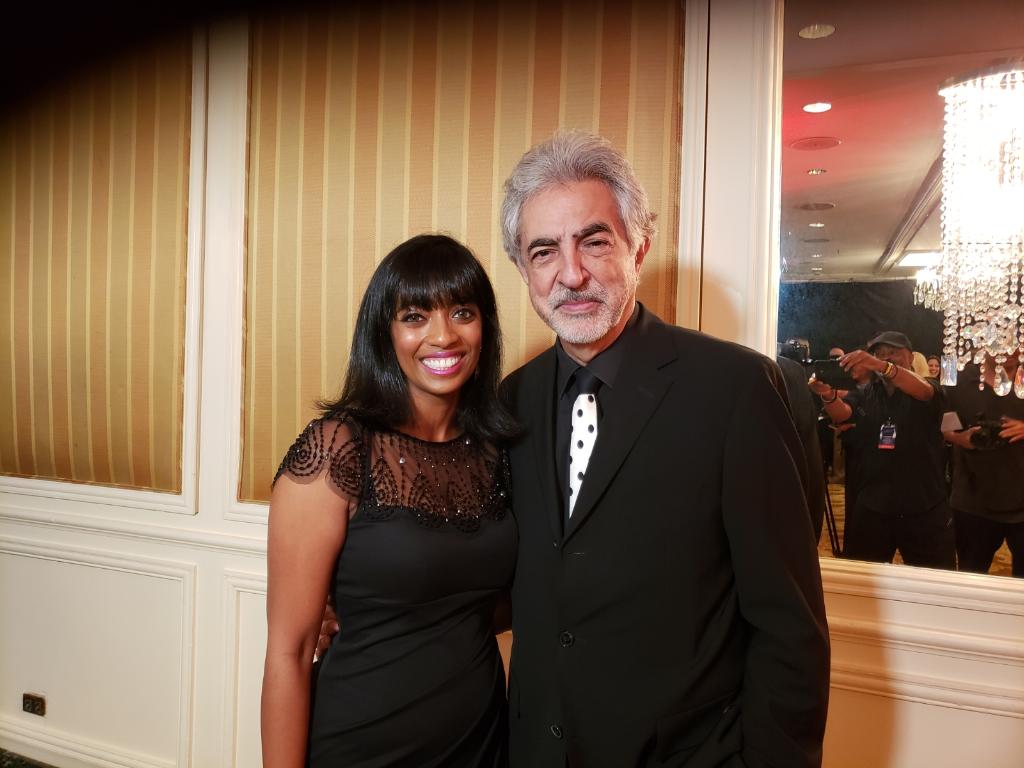 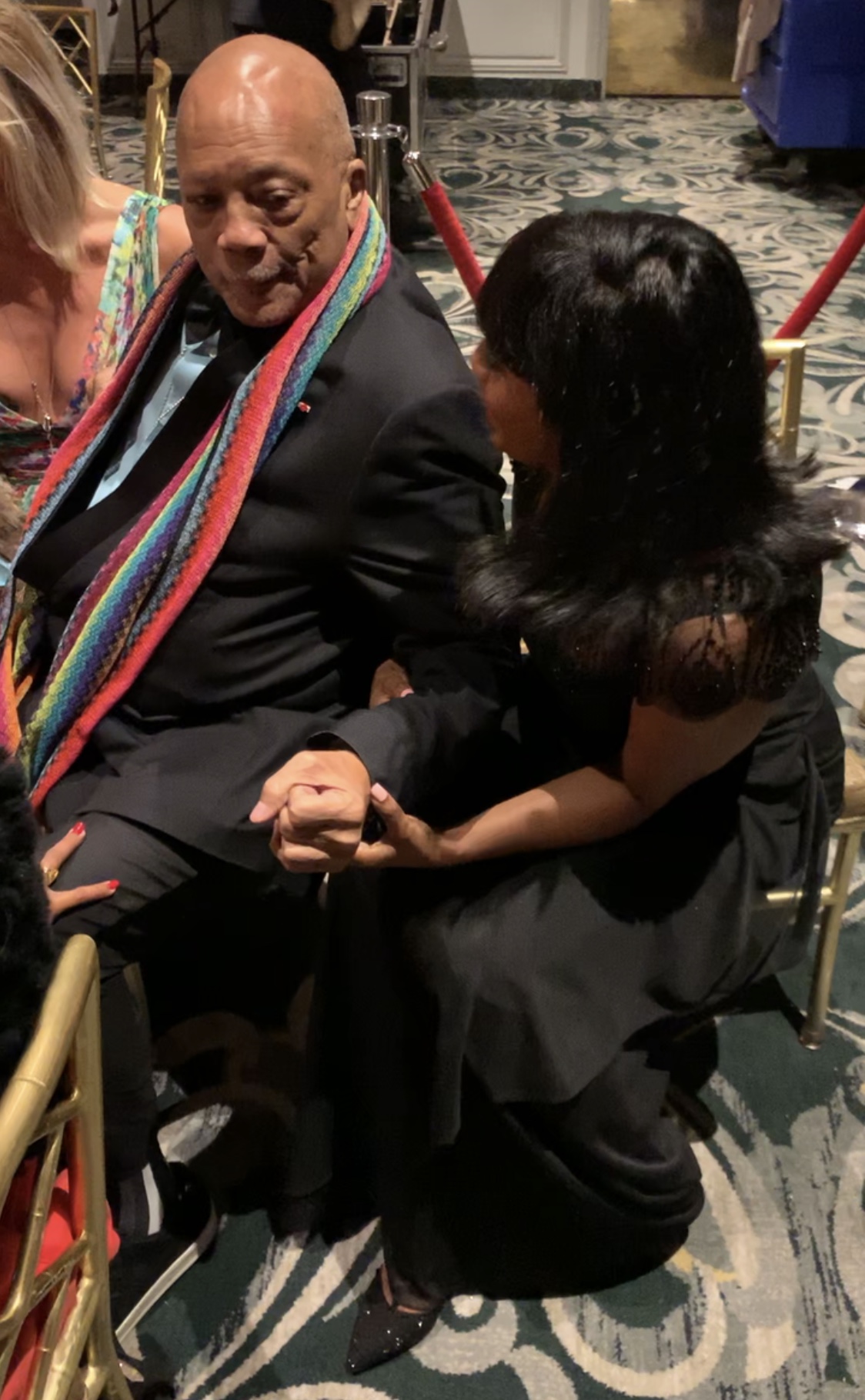 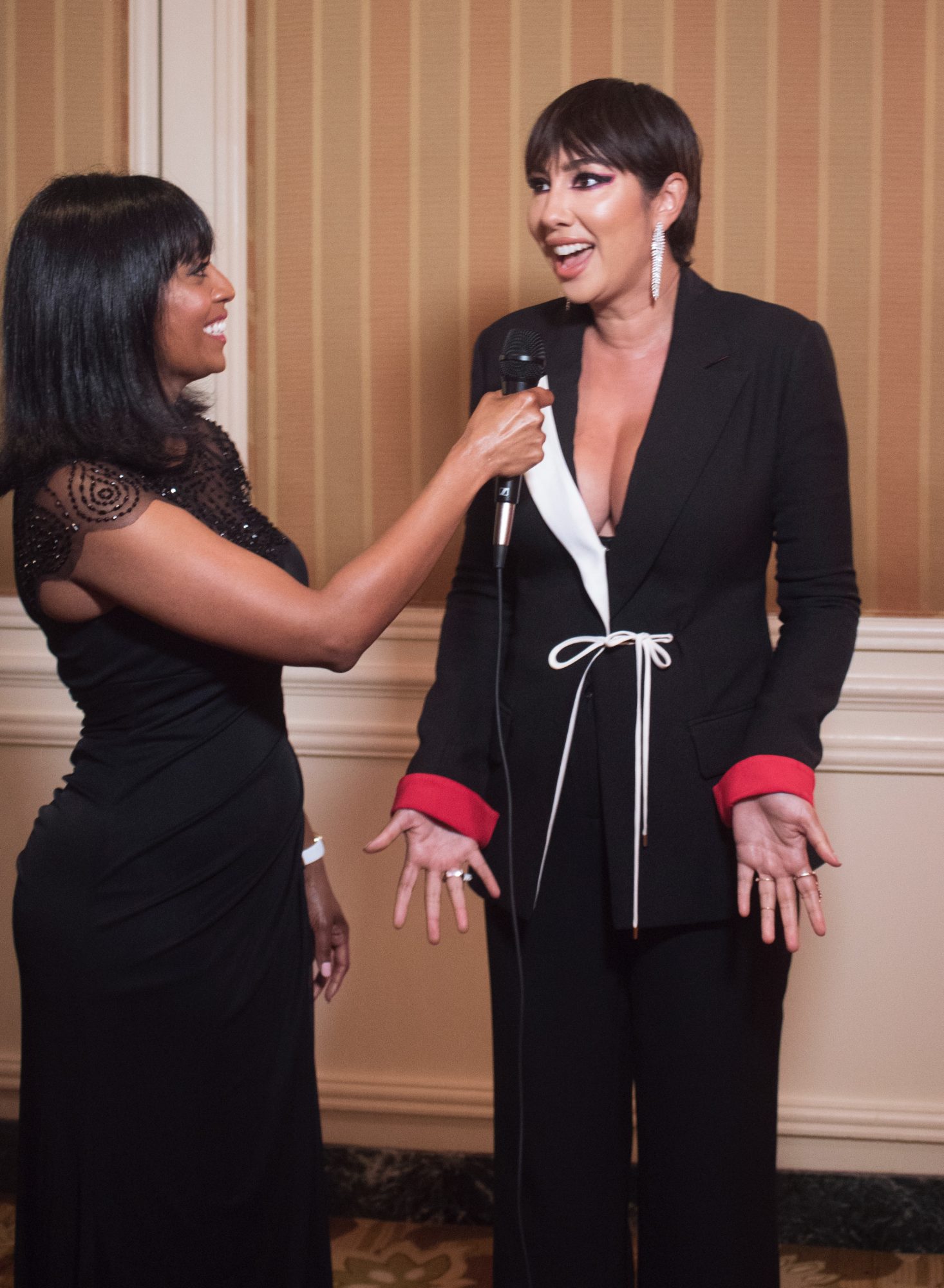 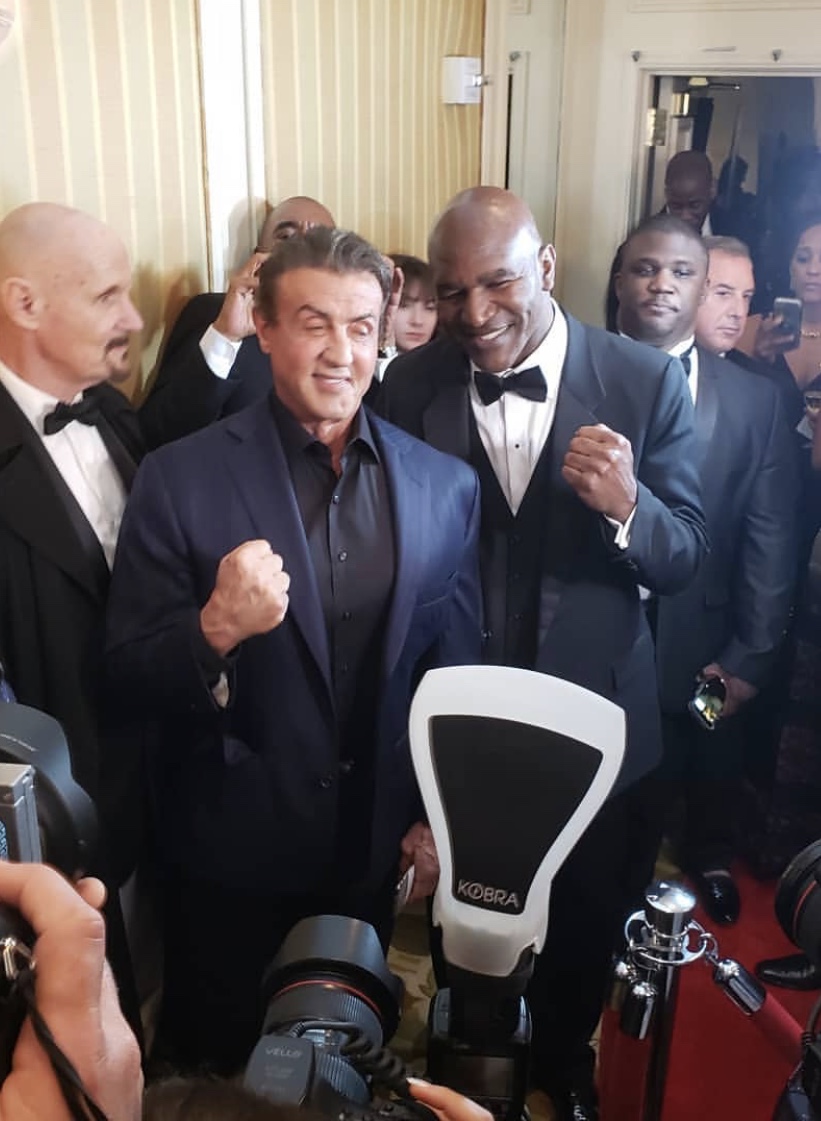 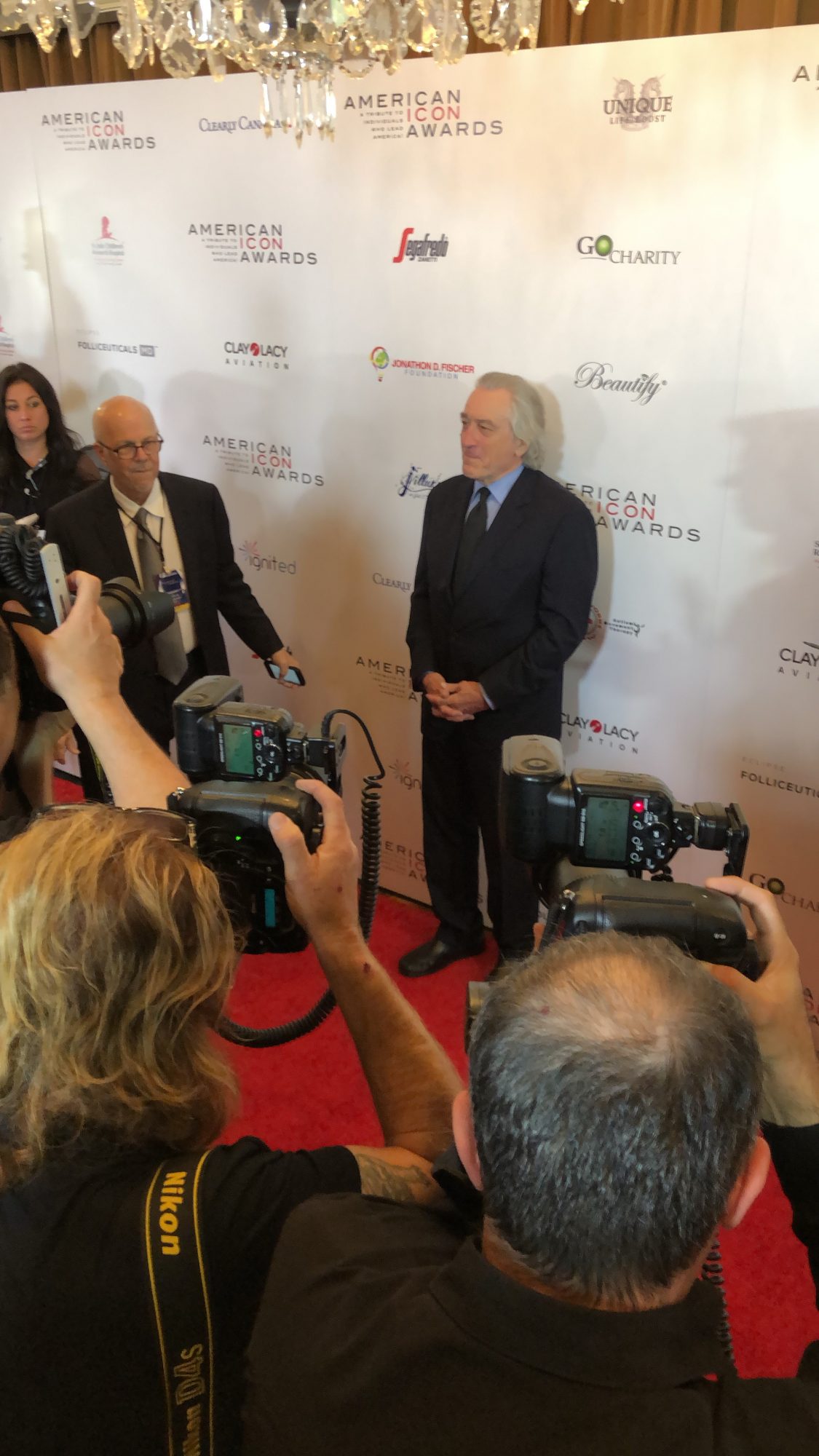