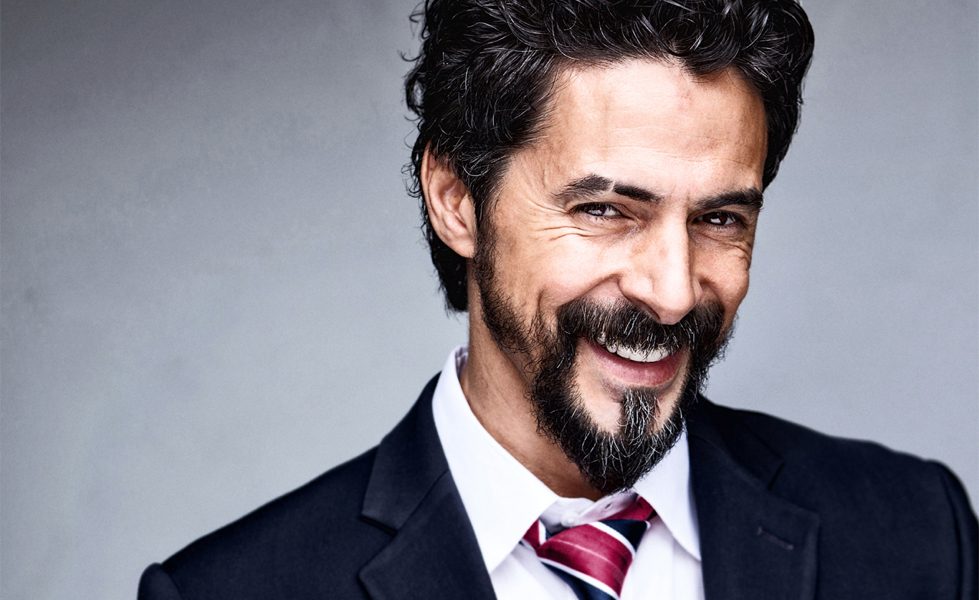 Today we’d like to introduce you to Ric Vega.

Ric, can you briefly walk us through your story – how you started and how you got to where you are today.
I was born in Argentina. My ancestral family came from Sicily, Syria and from both, the north and south of Spain (one stuck-up, the other one, a gypsy). I use the distancing word “ancestral” simply because I’ve never met any of them, from either side of the family. Grandparents, uncles, cousins, you name it; I have no idea what that means. In fact, I met my father when I was 26.

Legend says my ultra-catholic Sicilian grandmother met and married my Muslim imam Syrian grandfather in Argentina. That may say a thing or two about love, acceptance and tolerance in days as hard as the ones we live in today, but above everything else, it screams “defiance”. My early life growing up in Argentina was not one that started with a lot scarcity, but it quickly developed into a very poor one by the time I was 7 years old.

We moved around a lot in the city, and around its outskirts and precarious shanty towns in the making. Evictions were usually the motivation. I started working when I was 9 years old. My first gig was to make flour and water based glue at the back of a pickup truck for a subversive group in 1978; helping them make and paste the glue onto the back of anti-military government pamphlets that we would stick on street walls at night, during the military dictatorship (1976-1983). After that, a string of jobs followed; I was a butcher, a grocer, a bricklayer – built our own little brick bathroom/outhouse at 11, among other things – and at 13, I was making industrial detergent at a clandestine chemical warehouse, where the most exciting part of the working day was to manually dump 30 liters of sulfuric acid into the mouth of a cooking reactor as part of the recipe, among many other chemicals (urea, ammonia, etc.) which we never wore masks to keep away from.

At 16, while working in the banking city district as a window-shop assistant designer and picture framing specialist for a posh store, I was offered the glorified position of office-boy at Leather’s Best International’s subsidiary office, in the building next door on Paraguay Street. They required that I had some knowledge of the English language. I said yes and they never care to test it. One of my jobs was to type and to send the manuscripts dropped at my desk by the floor’s executives through telex to New York (by then there weren’t many fax machines around, let alone email). And while I didn’t know what I was typing, I made sure I copied word by word, and space by space. Eventually I got caught. At the time, I was going to high school at night, after work, and between commuting in and from out of the city, working and evening school, I slept about 4 hours a day for about 4 years.

I quickly went up in ranks within the company, which prompted many trips for training to New York and then other countries. My first flight ever out of the country was to The Big Apple, and on no less than now long gone Pan Am airlines.

Although I never had the opportunity to set foot into college, and having to teach myself this foreign language in my mid-twenties, this profession and industry had me live in New York and then took me to Hong Kong for 10 years, before moving to Los Angeles. I dedicated over 28 years of my professional life to the tanning and footwear materials industry, in both its commercial and technical aspects, having worked for companies all over the world, and performing roles ranging from leading sales and marketing to business development and corporate account management, which demanded broad decision-making experience in sourcing, manufacturing, raw materials development and quality, leading multi-cultural teams, as well as creating organizations from the ground up, or re-structuring existing ones.

One of my highlights while working for Paccess – a Portland-based awesome company now extinct – was to co-create and implement a worldwide footwear raw materials sourcing project for no less than sport giant Nike, Inc., turning a 40mill/year potential endeavor into a 300mill/year procurement and quality assurance program that spanned all the way from Asia to South America, and in which multiple organizations, from raw materials producers to shipping and logistics companies and international manufacturing conglomerates, needed to be brought together, creating not only unprecedented raw material component cost savings for the brand and strategic partners alike, and increasing final product quality across the globe, but also becoming a raw material sourcing blue print to be considered by other brands later on.

And then… I left it all behind and went solar. Why did I go solar? You may think that’s a trick question, coming from someone who runs a little solar energy sales boutique outfit called The Sun Ronin.

But it’s not a trick question. Sure, I am a happy solar customer myself (I have an 18-panel photo-voltaic system on my roof) but that’s not overly important. What’s important is “why did I go solar” as a profession and a business, coming from, and having worked for over 30 years around the world, in the leather making and footwear manufacturing industries, besides a myriad of artistic pursuits I still chase with the same childlike fervor to this day.

Having kids. That changed everything. One cannot do this job and not to be faced with the reality that the leather making industry (while it is not as severe as other industries or the biggest cow in the room: animal agriculture) contributes to further damaging our environment. And while ‘changing horses in the middle of race’ is often a professional challenge, about 5 years ago I felt that I needed to find a way to make a living by not only stopping my participation in a destructive process, but also by doing something for the environment; to have a double impact in the “undoing” of some of the karma, so to speak.

I believe one of our jobs, as parents and citizens of this planet, is to ask ourselves these two questions: What kind of children we want to leave in this world and what kind of world are we going to leave behind for our children? Nothing ignites me more than knowing that qualifying people to “go solar” creates a win-win situation for multiple parties. I can go home and hold the gaze of my children – unashamed – somehow knowing that I am a building block of a vibrant industry that makes a contribution to saving money, creating wealth and livelihoods, and to their planet.

One added aspect of operating independently, after having worked for other companies in the last few years – and having witnessed firsthand, not only unethical business practices but also seriously inflated sales pricing policies that have given a bad name to sales and to the solar industry – is for me to have the ability to implement a business philosophy that puts the consumer at the top, and imposes and brings the utmost transparency of process, making sure the consumer is not only protected from misinformation or lack of integrity, and that they make educated decisions worth celebrating down the road, but also ensuring moderate to low solar prices, qualifying them for programs that make it possible while not putting down a nickel, the choice of the highest quality of photo-voltaic product available, and that their projected short and long term savings for having gone solar, is actually realized.

But we are also the first ones to tell a client if solar is not for them. And we explain them why. Instead of qualifying a prospect that should have never been qualified in the first place. We can afford that luxury of saying no, because at the end, our business relies on relationships, not individual transactions. And today, good referrals or bad names, travel faster than a telex.”

Overall, has it been relatively smooth? If not, what were some of the struggles along the way?
As with any relatively new venture, particularly when you remain small because that’s what keeps your value up and your pricing competitive – we have one of the most competitive prices per watt in the solar market for the highest quality products – the challenge continues to be visibility.

The Sun Ronin – what should we know? What do you guys do best? What sets you apart from the competition?
We are a Southern California-based, independent solar energy consulting firm dedicated to help consumers go solar while making sure they don’t fall prey to unethical business practices.

The Japanese word “rōnin” (らうにん) stands for – among many other past and contemporary attributions – a samurai who had no lord or master during the feudal period (1185-1868), but for us at The Sun Ronin, the word only claims one meaning: INDEPENDENCE.

While we represent a very limited number of top-notch solar installers, and while we offer the highest quality photo-voltaic products from hand-picked, world-class brands and award-winning manufacturers that have been at the forefront of solar energy technology for more than 30 years in the US, providing decades of peace of mind for any consumer, we remain married to NO ONE.  This allows us not to be influenced by – or to be imposed on – seasonally limiting or restricting offerings of either brand, company and/or product that we would consider of sub-standard quality, or as we would like to say, “product that we would not own ourselves nor place on our own roofs.”  In the particular field of solar energy, as both, residential solar consumers and solar consultants ourselves, we have seen firsthand the endless list of unethical business practices that have not just obscured the benefits of solar energy in California, but degraded its reputation.

We are determined to do the opposite. We are an independent residential solar consulting firm that puts the consumer at the top, knowing without a doubt that no qualification is successful unless it creates true and tangible short and long term savings for our customers.

We do not believe in “transaction”; which tends to focus just on maximizing one-time profit margins; we believe in “relationship”, which ensures longevity of business.

What is “success” or “successful” for you?
Never stopping from learning is a huge criterion for me; everything stops unless I am behind the ball. Anything else is boredom. And I have experienced that galore in the past, so I jump into the unknown constantly. Success can be defined in one million ways and half a million of those ways would be right. At the end, for me, personally – over and above all the milestones, financial and otherwise, we can measure personal and business triumph with – success is always a humbling experience. But one that propels you forward onto the next boulder.

Image Credit:
All images by The Sun Ronin © 2017. All rights reserved.