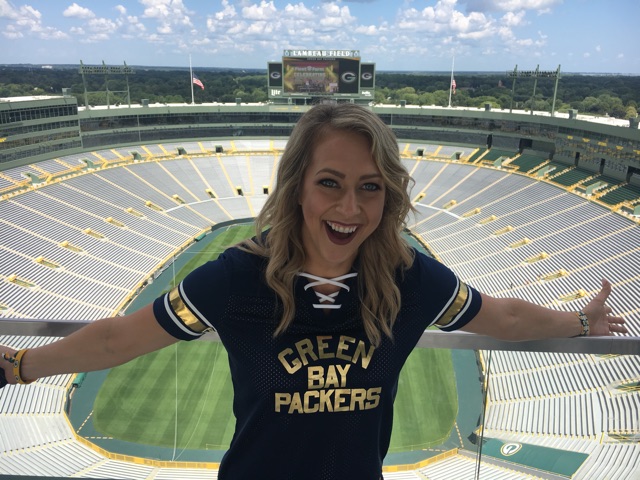 Today we’d like to introduce you to Rebecca Zaccard.

So, before we jump into specific questions, why don’t you give us some details about you and your story.
Well, I guess it all started 11 years ago when I decided to pick up and move to Los Angeles, like many starry-eyed recent graduates from Midwestern states are wont to do. I was an actress with bigger dreams than I felt that Madison, Wisconsin had to offer. And I did it. I moved, I made a life here, I followed my dream, and then over time, my dream changed. I realized slowly that I’d rather be myself than play a role, that I’d rather improvise than read a script (unless I wrote it), and most importantly, I guess that I’d rather make jokes about sports, particularly my beloved Green Bay Packers, more than anything else. So, I started fumbling (pun intended) my way through writing, producing, editing, creating, hosting content and hosting live events, all things, save for the on-camera hosting, that I NEVER wanted to do. I wanted to host and have someone else write, produce, edit, and I was terrified of anything live. But, the universe has a funny way of leading you to the things you were afraid of doing and turns out the universe was right about this one. There were what feels like a million bumps, wrong turns, missed jobs, workshops, moments of almost giving it all up, deals done and taken away, but it’s been a beautiful and wild ride.

A personal and professional highlight was co-creating, producing, and co-hosting an NFL digital series called BLITZED, with my dear friend and fellow diehard sports fan, Travis Platt. Armed with a head full of weird ideas (can we make a pylon puppet sing and dance and shoot a dart into Stats Guy’s neck?), a creative and generous team (here’s looking at you, Aaron McLane and Ryan Wilmott whose answers to our wild effects questions were almost always a resounding yes), and a bar for a set, we Macgyvered up two seasons and 40+ episodes of the weirdest and most fun NFL show. To this day, creating BLITZED every week for those two seasons is one of my greatest career accomplishments.

From there, although lacking in live hosting experience, I got a once in a lifetime opportunity to host at Super Bowl 50 in San Francisco, and so live events took center stage in my career. I just finished up hosting at my fifth Super Bowl in Miami, and last summer, through my Super Bowl gigs and Event Host Live, an opportunity arose with none other than the team I love above all others, the Green Bay Packers.

Somehow, 11 years after leaving Wisconsin, I end up connected to my home state in a way I could only have dreamed. I just finished up my second season hosting social content and live events, particularly the Packers Everywhere pep rallies, for the Packers.

Live events are thrilling if a bit terrifying leading up to them. I prepare because it makes me feel calm, but truly all I have is my brain, a microphone, usually a couple of footballs, and a whole slew of fans, and we just have to see what happens.

We’re always bombarded by how great it is to pursue your passion, etc – but we’ve spoken with enough people to know that it’s not always easy. Overall, would you say things have been easy for you?
Of course not! What fun would it be if everything went according to plan, right?

I’ve always been an optimist, and so when opportunities would arise, I would say, “oh, that’s my job,” and sometimes it was! Many times, it wasn’t.

I almost gave up a few times. Around the time we were producing BLITZED, I had the opportunity to shoot a tailgate pilot with Time Warner Cable Sports. I got to go to Cincinnati for a Bengals/Browns game and talk with, laugh with, eat with, dance with a whole bunch of NFL fans. I was in heaven, and I thought this is it. This is my big break.

We were in deal negotiations for a full season when Time Warner was acquired by Charter. Territories were changing, and deals were falling through. Mine included. That was a tough one. Around the same time, we lost the little funding we had for BLITZED, and I just didn’t know if I could keep going.

I started looking for day jobs and was about to take one in hotel sales when an email came through my inbox about an NFL Experience Workshop. It was a 3-day live hosting workshop geared toward the NFL. They were even planning to choose a few people from it to host at Super Bowl that year. “That’s my job,” I said to myself.

I conveniently failed to mention to Rossi Morreale, host, founder and CEO of Event Host Live, and instructor of said workshop, that I had never actually hosted a live event before. Luckily, that didn’t stop me. I was chosen for one of those coveted spots, hosting at Super Bowl 50, which lead to many more gigs and of course working with the Packers (the greatest franchise in sports, if I do say so myself)! I guess it’s easier to say in retrospect, but had I gotten all those gigs I thought I wanted, I never would’ve realized that dream.

Even now, with Covid-19, nothing is going according to anyone’s plan. Career-wise for me, will those live events I’ve been hosting turn digital? Can I parlay some of my previous success into more on-camera work? Is it time to resurrect a living room edition of BLITZED? To all those questions, maybe.

We’d love to hear more about your work and what you are currently focused on. What else should we know?
All hosts and producers are unique, that’s for sure. For me, I think my talent lies in a combination of fun, passion, and human connection. I truly and genuinely connect with the individuals in the audience, especially sports fans, and from there, of course, my Packers fans. These are my people, and so what makes them laugh usually is what makes me laugh. We are passionate about the same things, the same history, the same players, and if I’m having fun, that usually means they are too.

Also, sports are funny, diehard fans are weird (I say that as one), and there’s just a lot of fun to be had, and I want us all to have it together.

Has luck played a meaningful role in your life and business?
Luck is when preparation meets opportunity, right? There’s a certain level of luck in all things. I can’t make things happen when I want them to, and lord knows I’ve tried to will jobs into existence. What I can do is edit my reel, update my website, look for gigs, create content when I feel inspired, and then, hopefully, when something pops up, I’m ready. 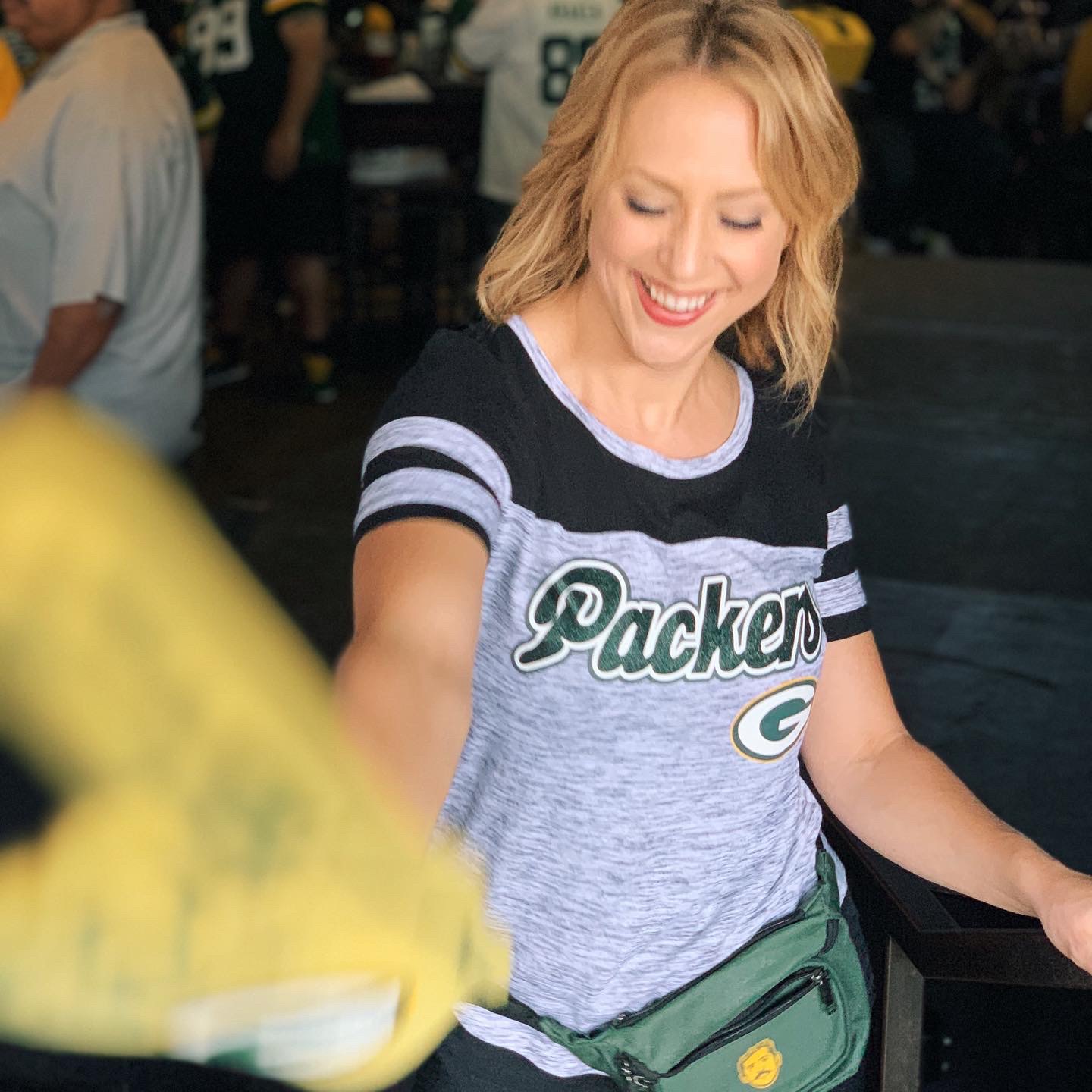 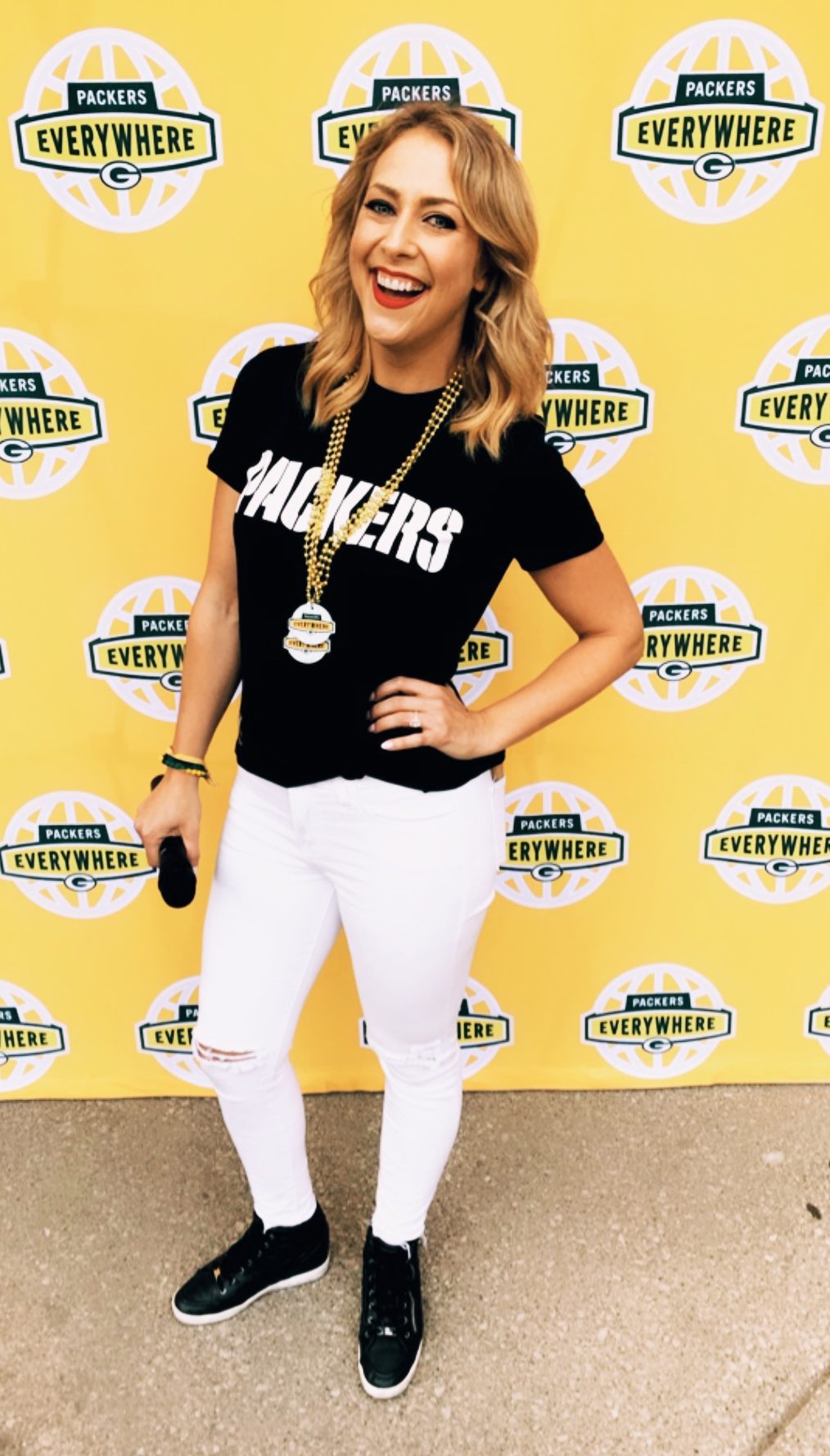 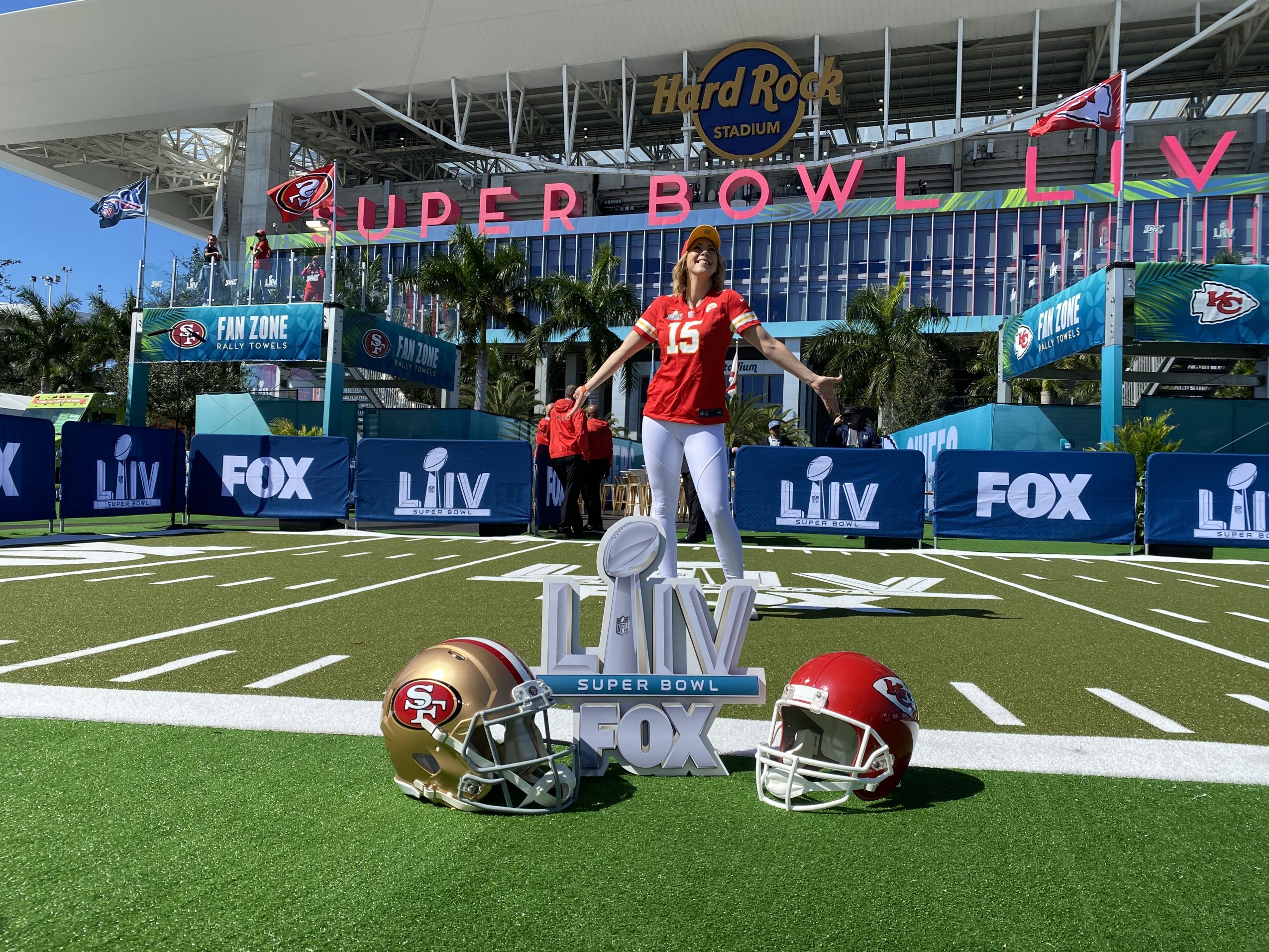 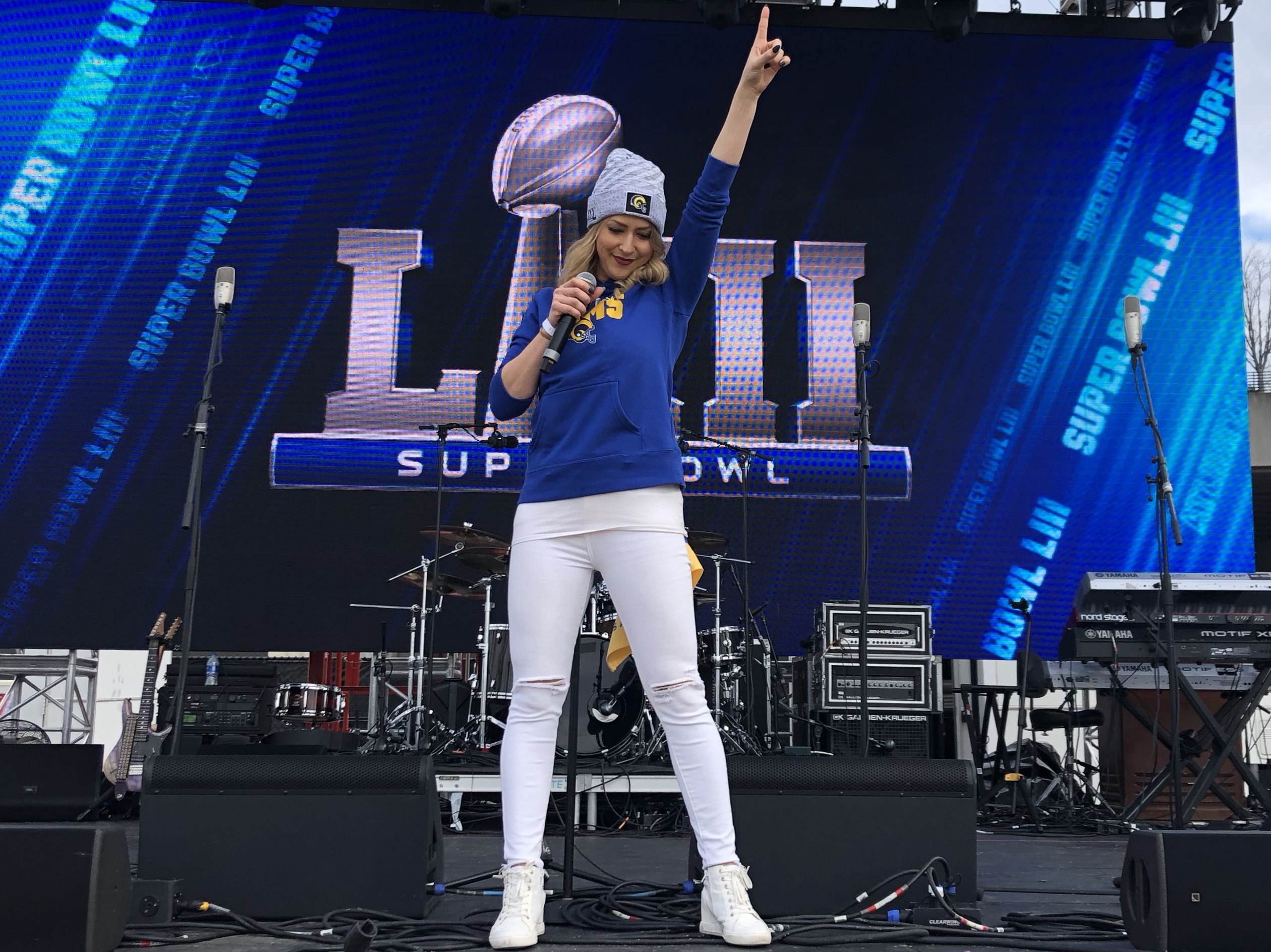 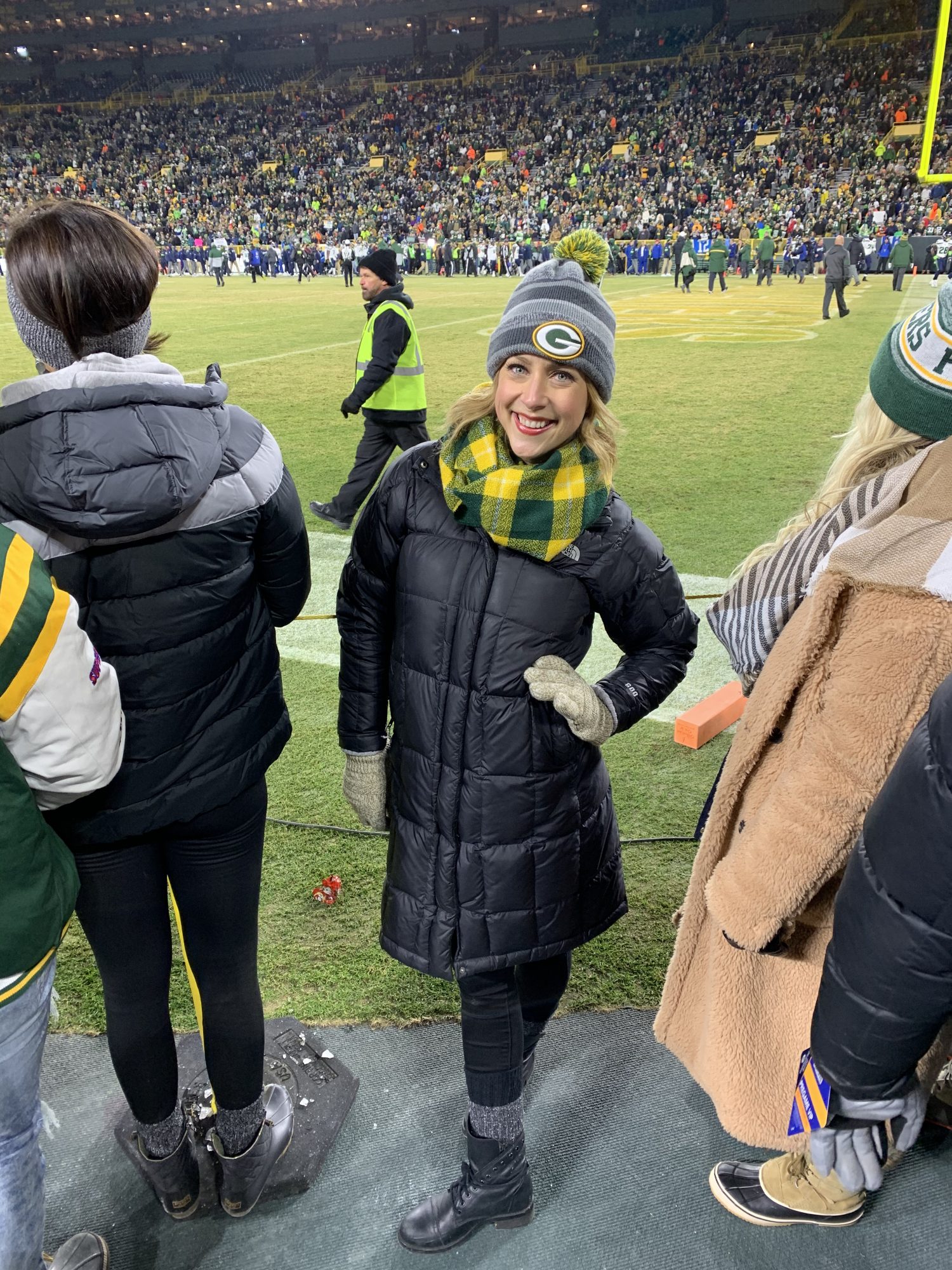 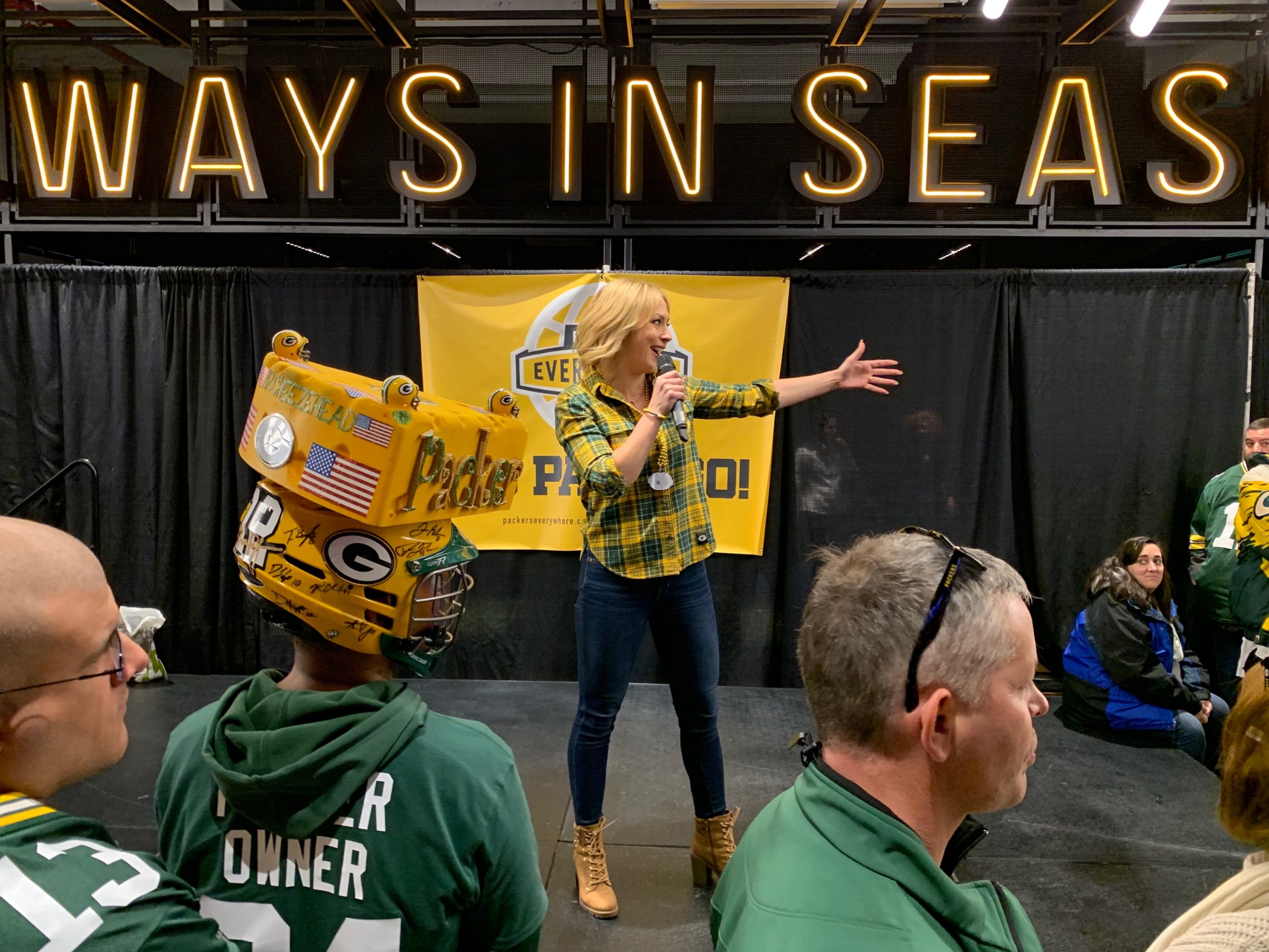 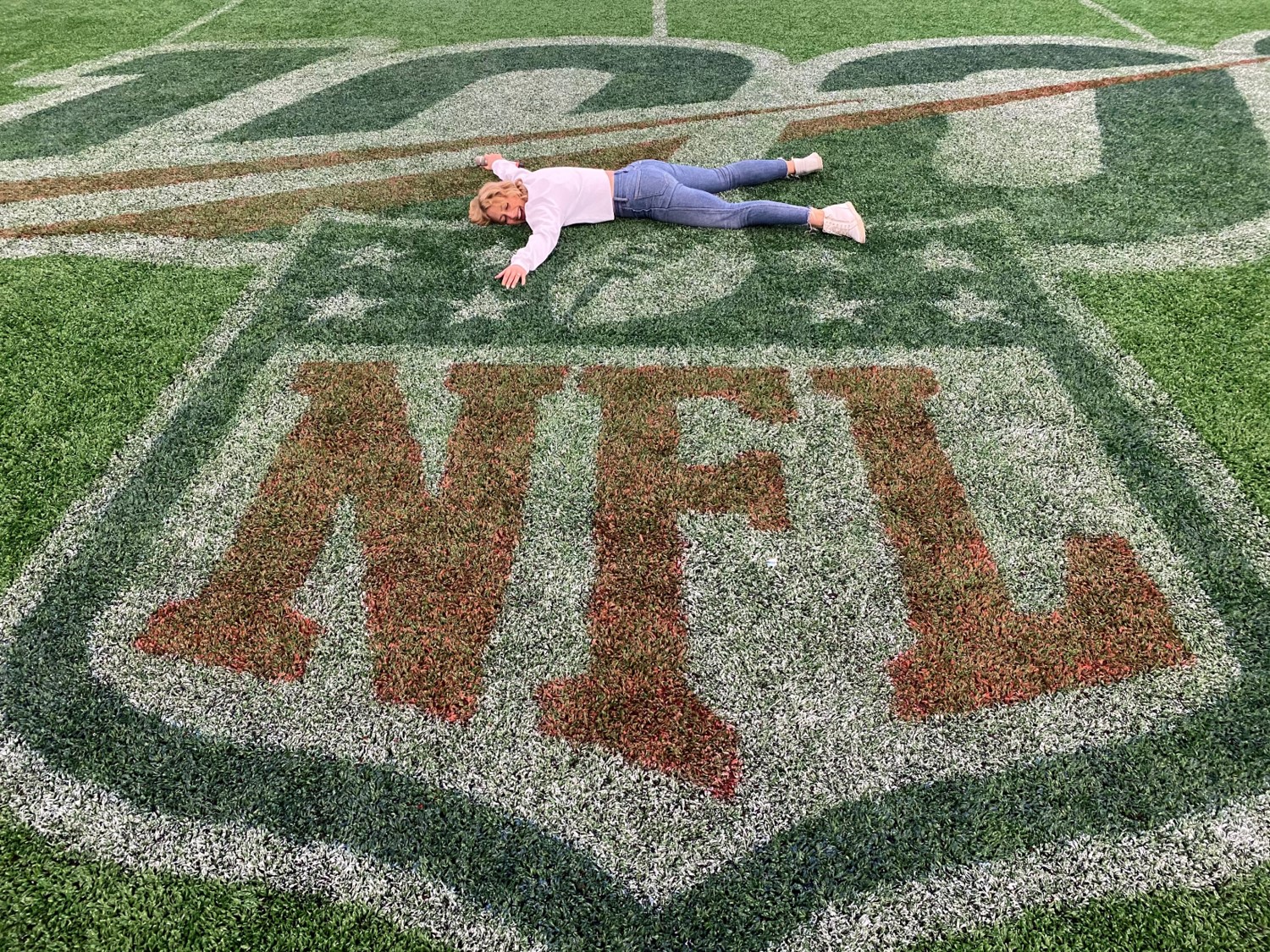 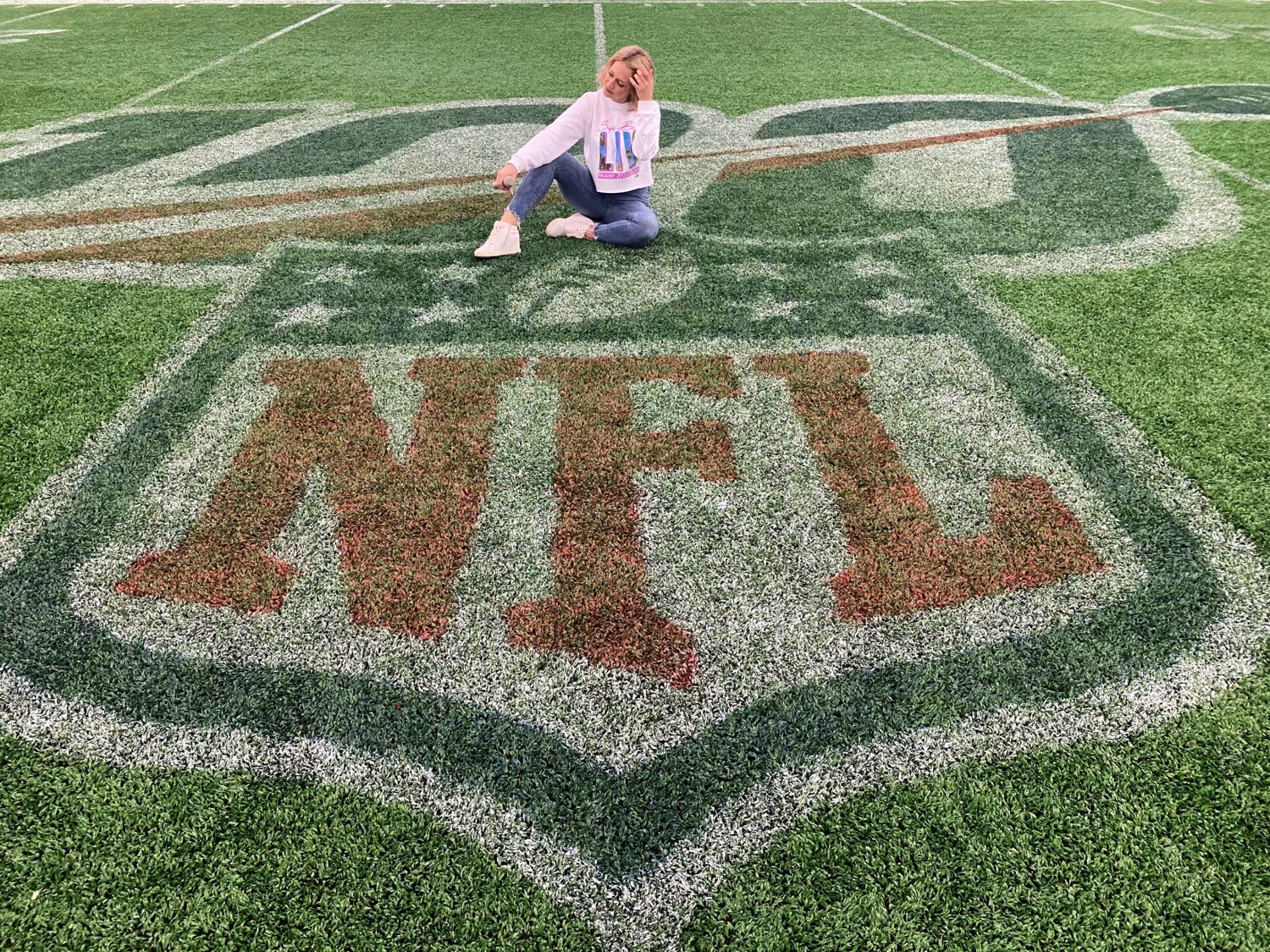