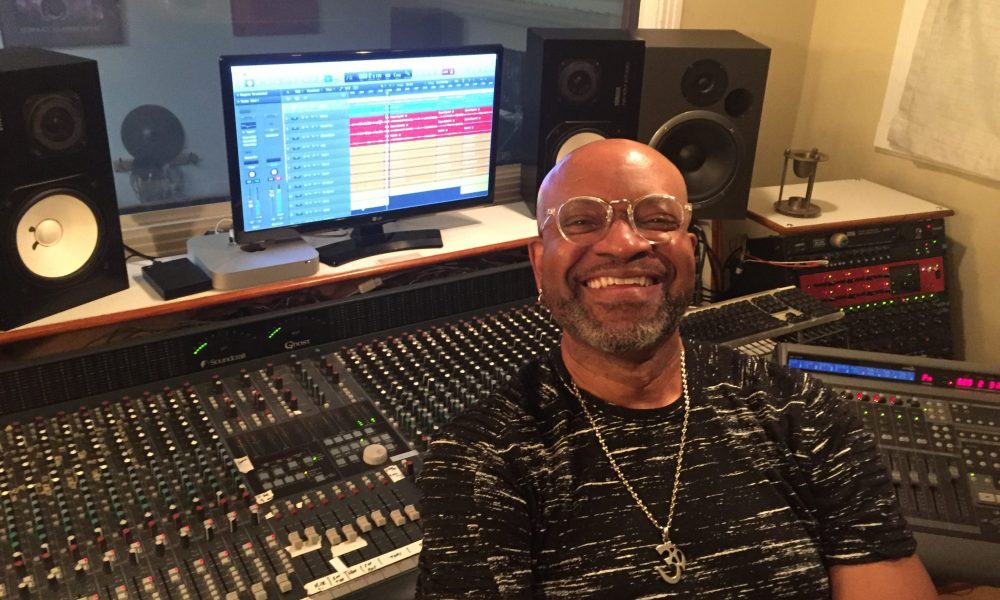 Today we’d like to introduce you to Rayford Griffin.

Rayford, let’s start with your story. We’d love to hear how you got started and how the journey has been so far.
I suppose music was in my genes from the start. My mother had a Music degree in classical voice from Howard University and my father was a Minister who also sang. They would sometimes sing duets of gospel songs and spirituals at church on Sunday mornings. I learned at a very young age that the photo of the man holding a trumpet on the mantle in our home was my uncle Clifford Brown, a world-renowned jazz trumpeter and recording artist popular in the fifties. We would listen to his jazz recordings, classical symphonic music, gospel and pop music in our home as I was growing up. And knowing that some of the music I heard was created by my uncle a family member, made the idea of playing music seem like a normal thing to me. So it’s no stretch that I knew I wanted to be a musician by the time I was in grade school.

I got my first drum at ten years old when my mom asked my brothers and I if we wanted to play a musical instrument.

When I was ten years old, my mom asked my brothers and I if we wanted to play a musical instrument. I choose the drums and my brother Reggie choose saxophone. The following year my family moved from Houston to Indianapolis Indian. I played in the band in elementary and high school and got my first drum set at 13 years. There were a lot of young musicians in Indy in the 70s. Lots of people practicing in basements. I soon started playing in local r&b bands with kids from my neighborhood in Indianapolis. During this same time, I began taking drum lessons from Thomas Akins who was the principle tympanist with the Indianapolis symphony orchestra. I learned to better read music and hone my skills form a technical aspect. The lessons also gave me a better perspective on the music I would listen to at home. By my high school years, I was working most weekends at clubs dances and parties. I missed my own high school prom because my band was playing at another high school prom that same night. That was fine with me because I just loved playing music.

One of the band members of that same group went on to become known as Kenny ‘Babyface’ Edmonds. None of us knew then that we were planting seeds that would individually take us around the world doing what we love.

In 1976, I studied at Indiana State University as a music major in percussion. During my first year, I won Best Drummer honors at three collegiate jazz ensemble competitions, including the Elmhurst Jazz Festival.

During summer break after my freshman year, I joined a premier local jazz fusion group called Merging Traffic. All the band members were several years older than I but their former drummer was a mentor I looked up to and he suggested me. One of my early gigs with Merging Traffic was as the opening act for the French Jazz violinist Jean Luc Ponty. I was already a fan of his style of music which was labeled Jazz-Rock at the time. A term that later became known as Jazz Fusion. It’s very challenging and powerful music, oftentimes with intricate arrangements and odd time signatures. Unlike the four backbeat that is commonly played on pop or r&b radio. The next few years would set me on a trajectory I could only dream of. Consequently, the band opened for Jean Luc again the following year. He remembered me and my playing so we decided exchange contact info. I was still living at my parents then…

Two years later in 1980 after I had moved from Indy to Cleveland with Merging Traffic, I get a call from my mother. She said “Jean Luc Ponty called and he’s having auditions in L.A. for a new drummer!” I was so excited to see if I could make it in his band but I had to get L.A. first. My family helped me get a Plane ticket and I went to L.A. for the audition. I had never done anything like that before so I was pretty nervous. When it was my turn, I went in and played the music he had asked me to prepare for. Later that night he called and said he was still making up his mind. I told him I was really nervous during the audition thinking that might count for something….. he replied, all the drummers were very nervous. So I was left to wait for a verdict. A short while later, he called back and said the gig was mine. A few weeks later, we were in rehearsals for a tour. First stop South America. I felt like I had made it into the big time at 22 years old. I moved to Los Angeles in 1981 after the Brazil tour, and soon started work on Jean Luc Ponty’s album “Mystical Adventures”, the first of the ultimately six studio album recordings I would do with him over the next nine years.

Working with Ponty proved the perfect calling card as I was quickly noticed by many of L.A.’s top musicians, recording artists, and producers.

In 1988 George Duke invited me to join Anita Baker’s band. In the 1990s, I did double duty by playing in both Anita Baker’s and George Duke’s bands on their co-billed U.S. and European tours. I’ve played on records by Wilton Felder and Teena Marie, as well as the 12x platinum “Boyz ll Men ll”. I also had the opportunity to collaborated on several albums with saxophonist George Howard and co-produce his 1992 album release “Do I Ever Cross Your Mind?” garnering Howard his first Grammy nomination for the track ‘Just the Way I Feel’, which was also written by Rayford.

In 1995 I toured again with Anita Baker, and in 1996 I was ask to play with Michael Jackson for the Sultan of Brunei’s 50th Birthday Celebration. In 1997, Rayford toured with Bette Midler and took part in her Emmy winning HBO live performance “Diva Las Vegas”. From 1997 thru 2000 I played the U.S. and abroad with The Isley Brothers while simultaneously conceptualizing, writing, and recording music for his own project. He was exploring ways to make a name as a solo artist, a leader.

My Grammy-nominated arranger and producer brother Reggie Griffin and I got together and started a recording studio to among other things produce my first CD. Five tracks were previously recorded, and a tentative schedule to finish the rest was set… However, before it’s completion, while on tour during the summer of 2000, I had an accident, falling from a hotel balcony breaking my back. I suffered a broken spine injury near my waist and was unable to walk or move on my own. Two surgeries were followed by an intensive regimen of physical therapy that was both emotionally and physically draining. I used a practice pad in bed on occasion but thoughts of playing the drums were not so important during this time. First, I literally had to re-learn to stand and walk again.

As weeks passed, I continued to recuperate and regain my strength. Ultimately I went from a wheelchair to a walker and then a cane. At this point, I began to practice playing my drums again. Months later during a benefit in my honor at The Musicians Institute, I played a short tune for with the band… A few more months late, I did my own show at the Hollywood Baked Potato and I knew I was back and ready to move forward. By 2002 the calls began for recordings and tours again. My first CD titled “Rebirth of The Cool” was released in 2003 on Lightyear Entertainment/WEA, with my own record label imprint “Razoredge Records”. The CD received rave reviews and has an amazing roster of guest artists including, Branford Marsalis, Stanley Clarke, Brandon Fields, Walt Fowler, George Duke, Everett Harp, Karen Briggs, Munyungo Jackson, and many more.

In 2011, I toured Brazil again with Jean Luc Ponty, rekindling a collaboration that continues to this day. Subsequently, I was asked to join the formation of the Anderson Ponty Band, with Jean Luc and lead singer Jon Anderson from the rock group “YES”. A 2014 recording “Better Late Than Never” was followed by a tour in 2015.

My Reflections Band has performed at The Berks Jazz Festival, Indianapolis Jazzfest, St.James Live, The Jazz Kitchen, Spaghettini, The Baked Potato and more.

In 2017 and 2018, I performed to sold-out crowds with “Ponty’s Atlantic Years Tour”, and in 2019 I toured with progressive rock Icon and former singer of “YES,” Jon Anderson!!

Currently, Rayford is writing, collaborating and recording new music at his studio, RazoRedge with some of the artists he has worked with over the years as well as a few promising younger musicians for 2020 music release.

Has it been a smooth road?
There are always ups & downs in the music industry, many more so in recent years, but you do your best to remain positive and keep your ear to the ground and something always comes thru.

My personal biggest challenges was recuperating after breaking my back. Initially, not knowing if I would be able to play again the way I had before. And wondering what kind of stigma it would be for an injured drummer. The drummer is the engine that makes the band go! It’s like being a quarterback with a spinal injury. It takes a while for people to want to take a chance on you.

We’d love to hear more about your business.
RazoRedge Studio is a project recording studio. We record and produce bands, singers and musicians, we do voice over recording. Record live drums to projects from anywhere in the world.

We specialize in knowledgeable production guidance and quality sonics.

Is our city a good place to do what you do?
L.A. is a great place to be for creativity and creative artist. There is a wealth of talented individuals all seeking to take their art to the next level.

For someone starting out, I think it’s the same where ever you are. Find like mine individuals and seek out those that are doing what you aspire to do as I did in the Midwest. Los Angeles especially has a niche for whatever creative talent might have, one can imagine or needs to hone. 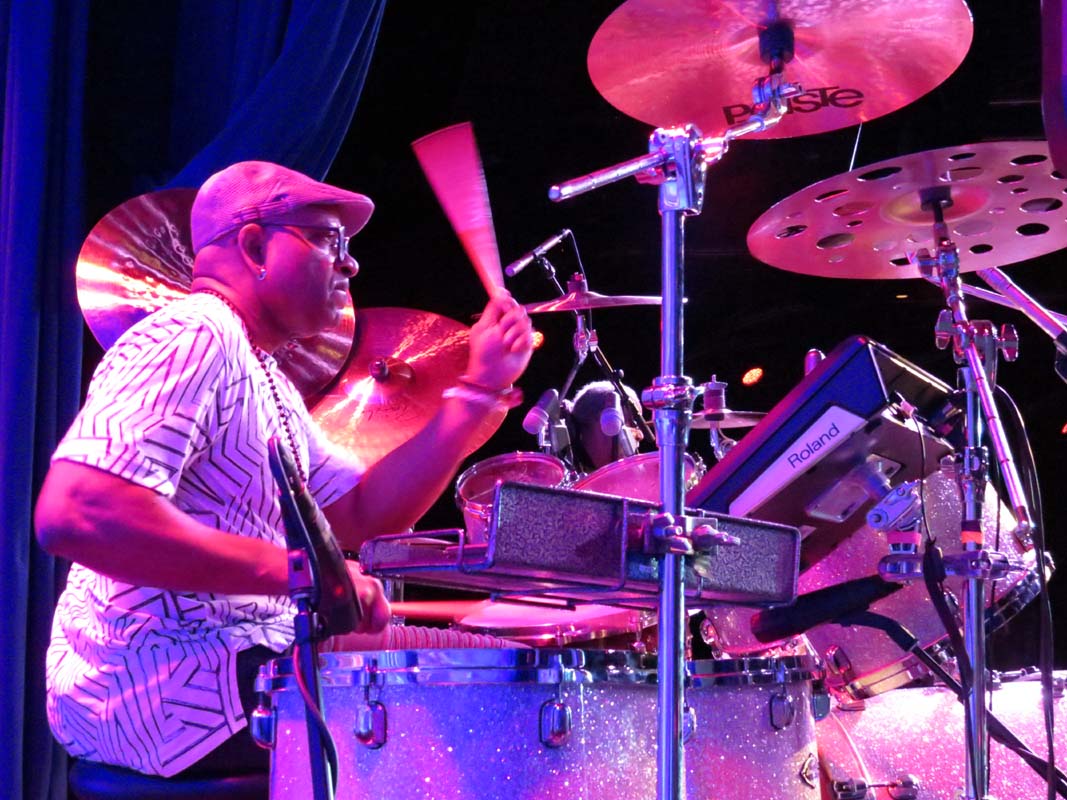 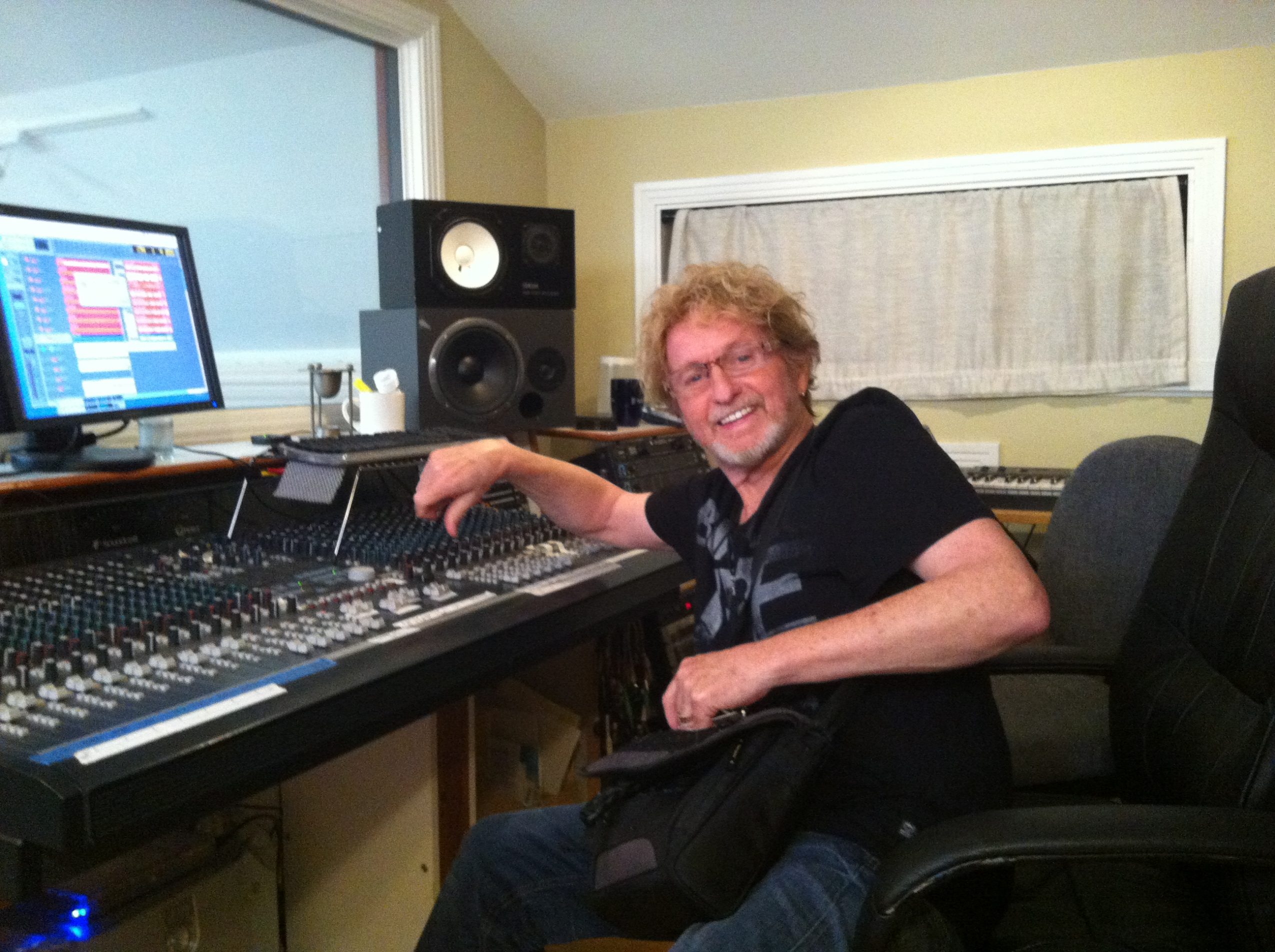 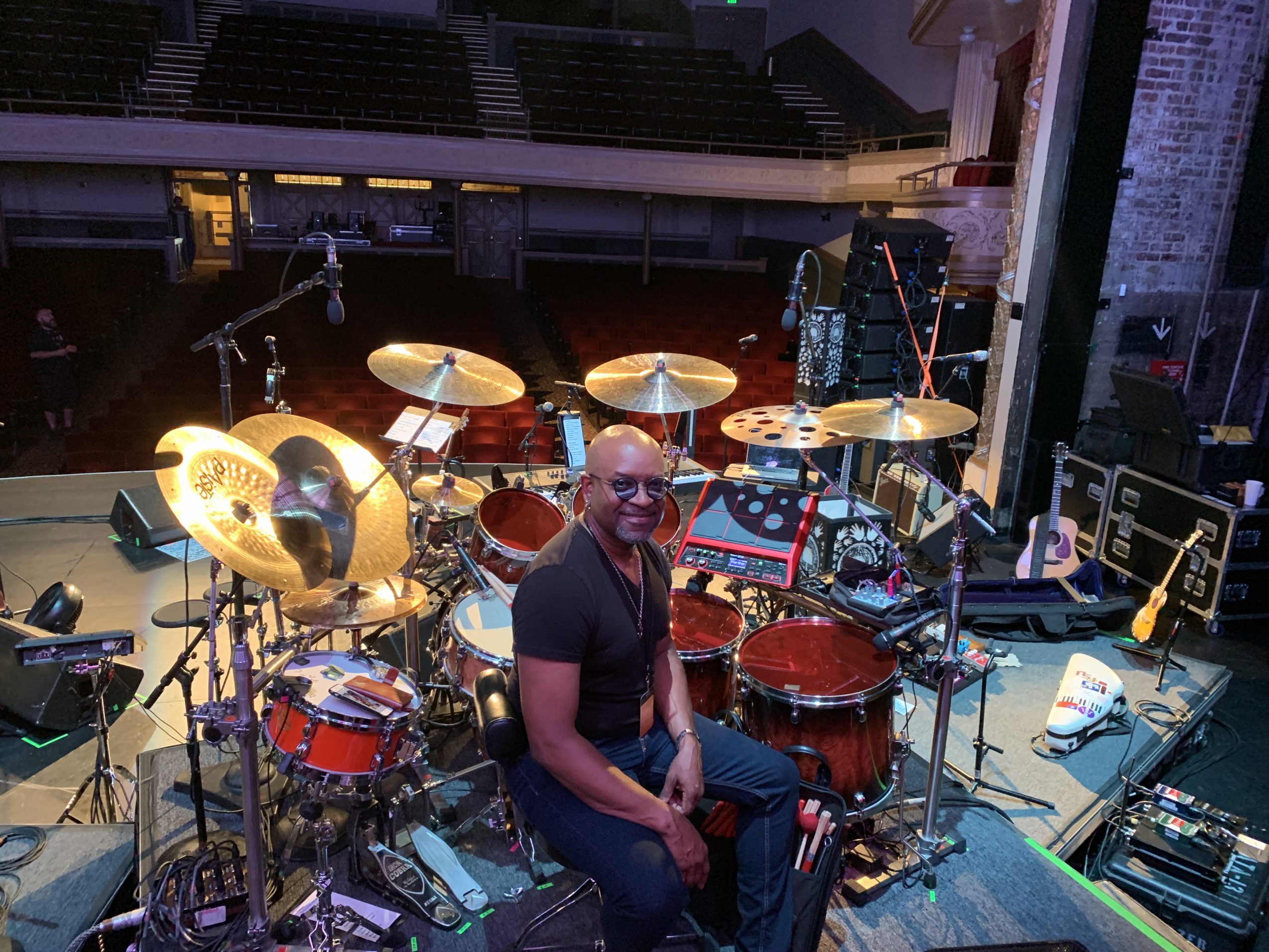 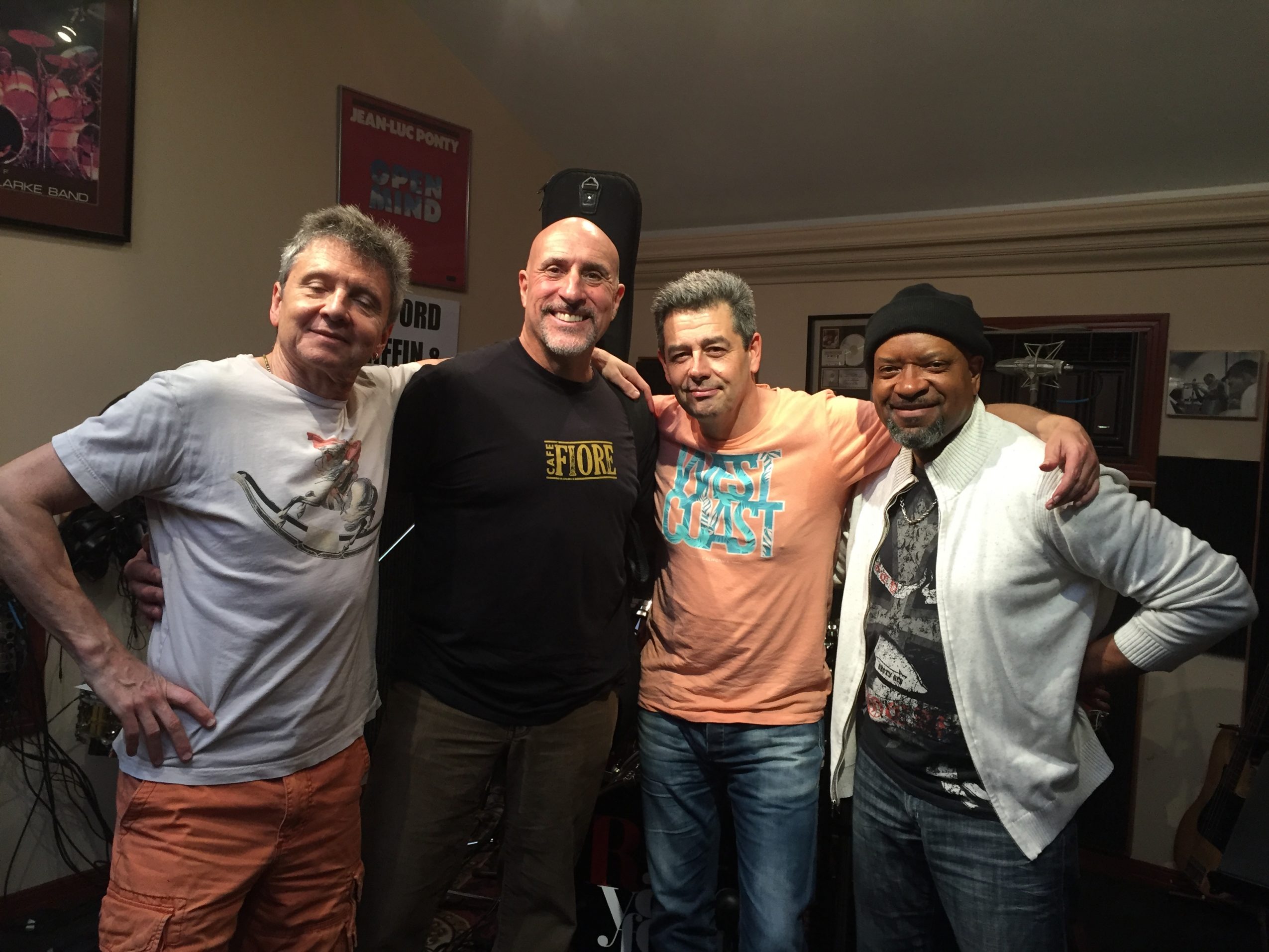 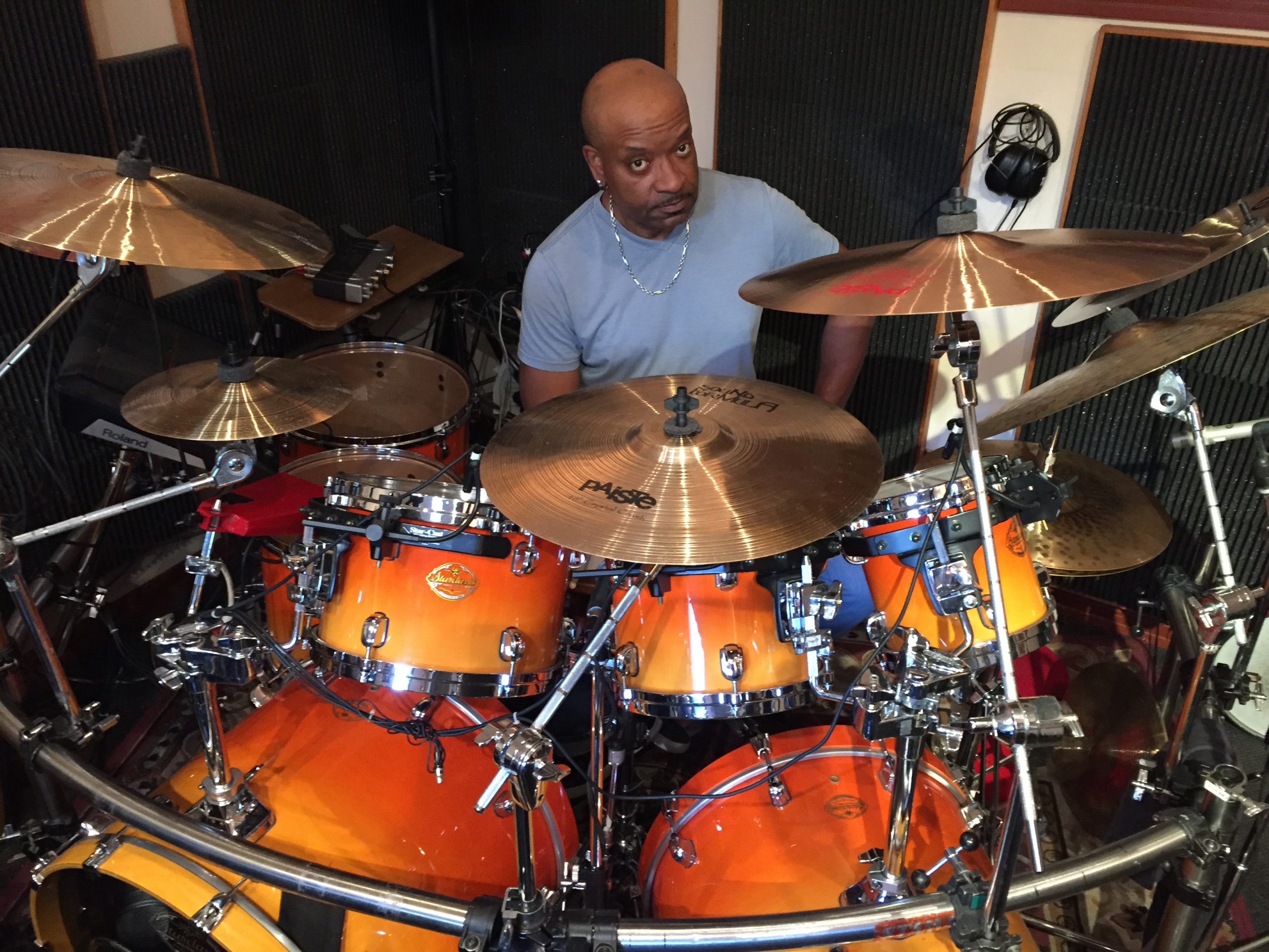 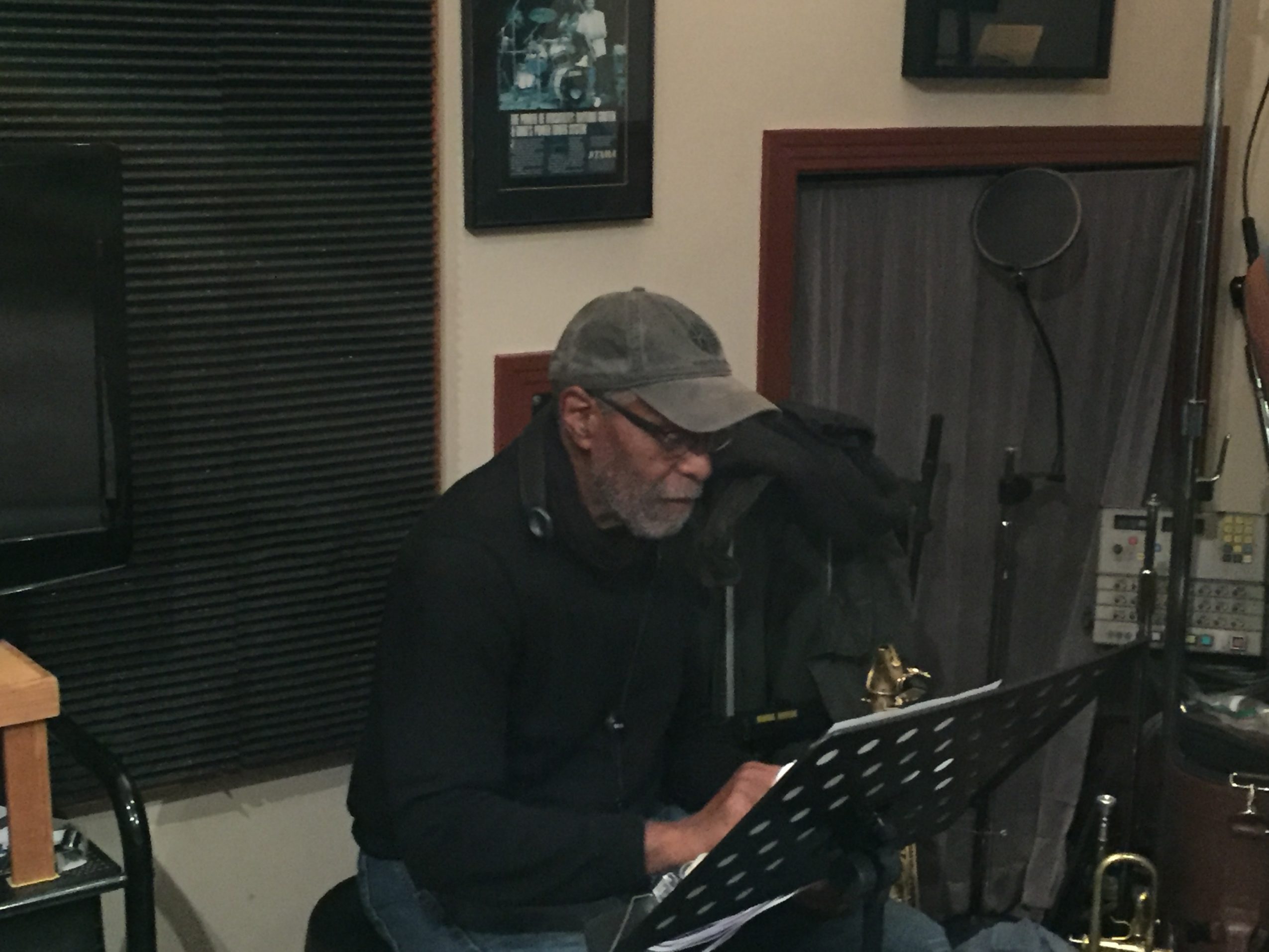 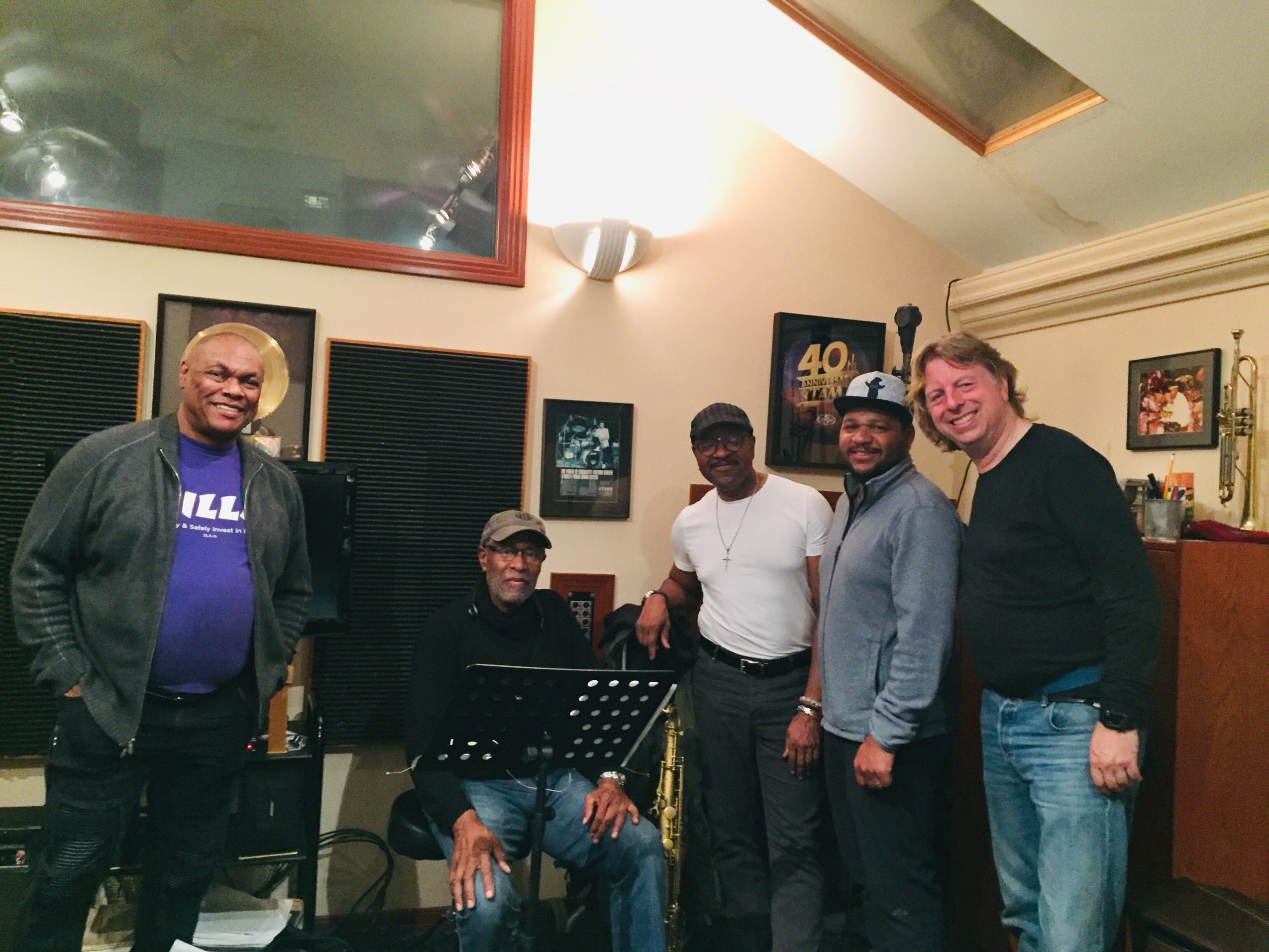