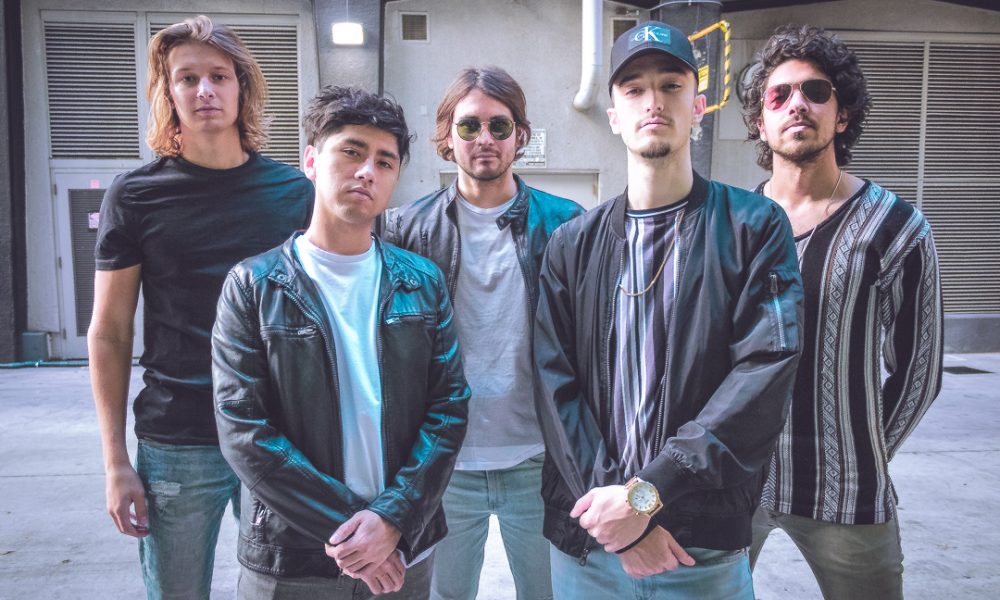 Today we’d like to introduce you to Rafael Hadad from the band Mr. Bliss.

Rafael, let’s start with your story. We’d love to hear how you got started and how the journey has been so far.
I’m an artist, producer, multi-instrumentalist (mainly guitarist) and audio engineer born and raised in Mexico. I started playing when I was 13 years old. A friend showed me Nothing Else Matter by Metallica and as soon as I heard it I knew I had to learn how to play the guitar and be able to reproduce those sounds. So that got me into hard rock for about three to four years, I was really into bands like Led Zeppelin, Audioslave, Aerosmith, Guns N’ Roses, Metallica, Iron Maiden, among others but it wasn’t until I found B.B. King when my horizon opened to more genres like blues, funk and R&B and even hip hop. I would consider myself a Rock/Blues artist and it is amazing how our past experiences shape us into what we are as an artist and of course as a person.

I graduated from Hollywood’s Audio Engineering Program at the Musician’s Institute where I met the rest of Mr. Bliss, Gabe Conover (Drums), Pedro Asfora (Bass/Backing Vocals) and Bobby Carpenter (rhythm guitar/backing vocals) and Manuel Alvarez (Synth/Keys), securing my pursuit of creative arts, but not before achieving a degree in International Business and a Certificate in Neuromarketing. These two influences prompted a seven year stint working for the tourism industry, including a role as head of marketing and customer psychology for a chain of gift shops and a clothing factory, but there was never any doubt that music was what called throughout it all.

Since shifting to creativity again, I bagged a role as an Intern at Sound Factory / Serenity West Studios in Hollywood – a renowned venue that welcomes artists like Miguel, Dr. Dre, Snoop Dogg, Aerosmith, Adele, Justin Bieber, Diddy, Justin Timberlake, and many others. I also stood as an intern at Tree4ort Records in 2018 – a hip hop recording studio and label on Sunset Blvd, Hollywood.

Passion has taken me all in, ultimately seeing to start my band “Mr Bliss” and booking a number of gigs across Hollywood to keep that passion high and those skills developing.

As a musician, I was trained in Guitar Performance in 2018 at the Musicians Institute in Hollywood. The Audio Engineering program coincided, and my Logic Pro X training was soon certified by Apple.

Great, so let’s dig a little deeper into the story – has it been an easy path overall and if not, what were the challenges you’ve had to overcome?
It definitely has not been a smooth road. All goals present challenges, all dreams have obstacles that prepare us for what’s next to come in our journeys. I would say that the biggest struggle as an Independent Band is to break out of the noise. Meaning, to stand out from the crowd, it takes a team to be able to take care of every aspect of the band, it is not just the music aspect, but the marketing aspect, the content aspect, the videos, the budgets and the booking for new gigs. It is a lot to take in by ourselves. We truly believe that our music has the potential to be popular, but we have struggled with getting it to the right people in the Industry to help us break out and reach more people! However, this is not to say that we don’t accept it as a part of the process, and we understand that it is not an easy road. But the fact that we are very good friends and the vibe among us is great keeps us motivated and satisfied with the things we have done together.

Please tell us about your art.
Mr. Bliss is a blues/rock band formed and based in Los Angeles, California. The idea is to make a combination of the good old blues and the new digital sounds of our era. This project talks about situations that humans have to go through in life.

With our unreleased debut album “Green”, we present a concept based in life itself, life situations with a hint of a spiritual awakening message. The project has a feel of chill vibes combined with tasteful blues guitar licks along with groovy and sticky rhythms. The overall message from this album is trying to spread the word of being free, finding and accepting ourselves despite what other people say. Songs cover topics such as love/relationships based on some of the band member’s experiences with language that everyone can relate to.

From tracks like “Slow Blues” and “Crawling” that delve into breaking through the noise of thoughts and fear for us to pursue our dreams and goals. To the first single “Time Machine” that expresses in a futuristic way the “moving on” process from within the eyes of someone stuck in the past, without being able to go forward because of a significant other. This album brings some bluesy grooves like “Energy” and the upbeat “Hey There” that talk about relationship situations.

The biggest influences that drive and shape the sound of the music are Led Zeppelin, Eric Clapton, Pink Floyd, Jimi Hendrix, Arctic Monkeys, The Black Keys, and Jack White, among others.

What moment in your career do you look back most fondly on?
I would say it is going to the beach every summer with my family. It was such a great time, me and my brother would play all kinds of games like soccer, volleyball, making sand castles, hide and seek and all that good stuff. It was nice I can even remember the smell of the sand and the ocean as we would run around the shore of the beach. Definitely very happy moments. 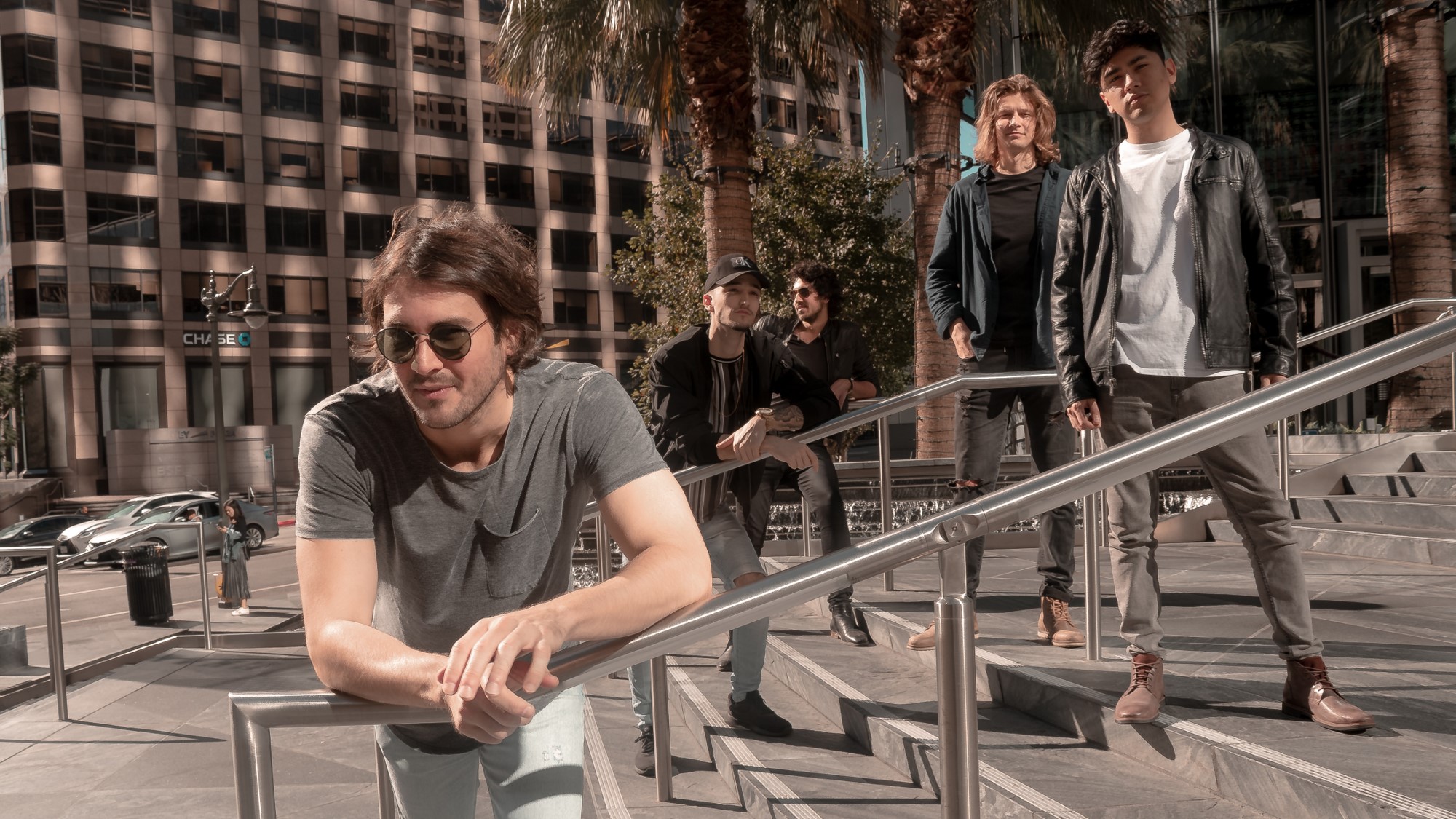 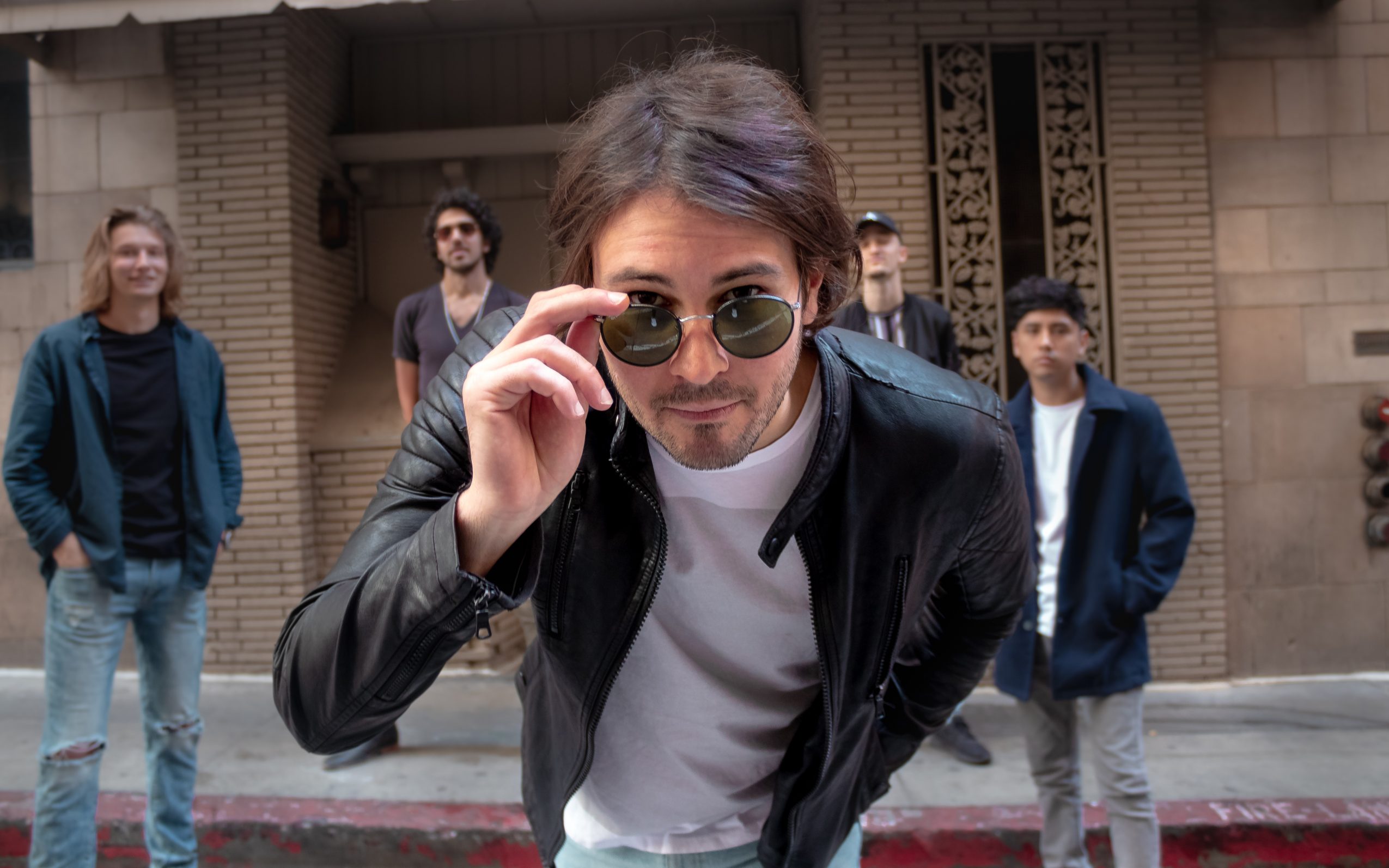 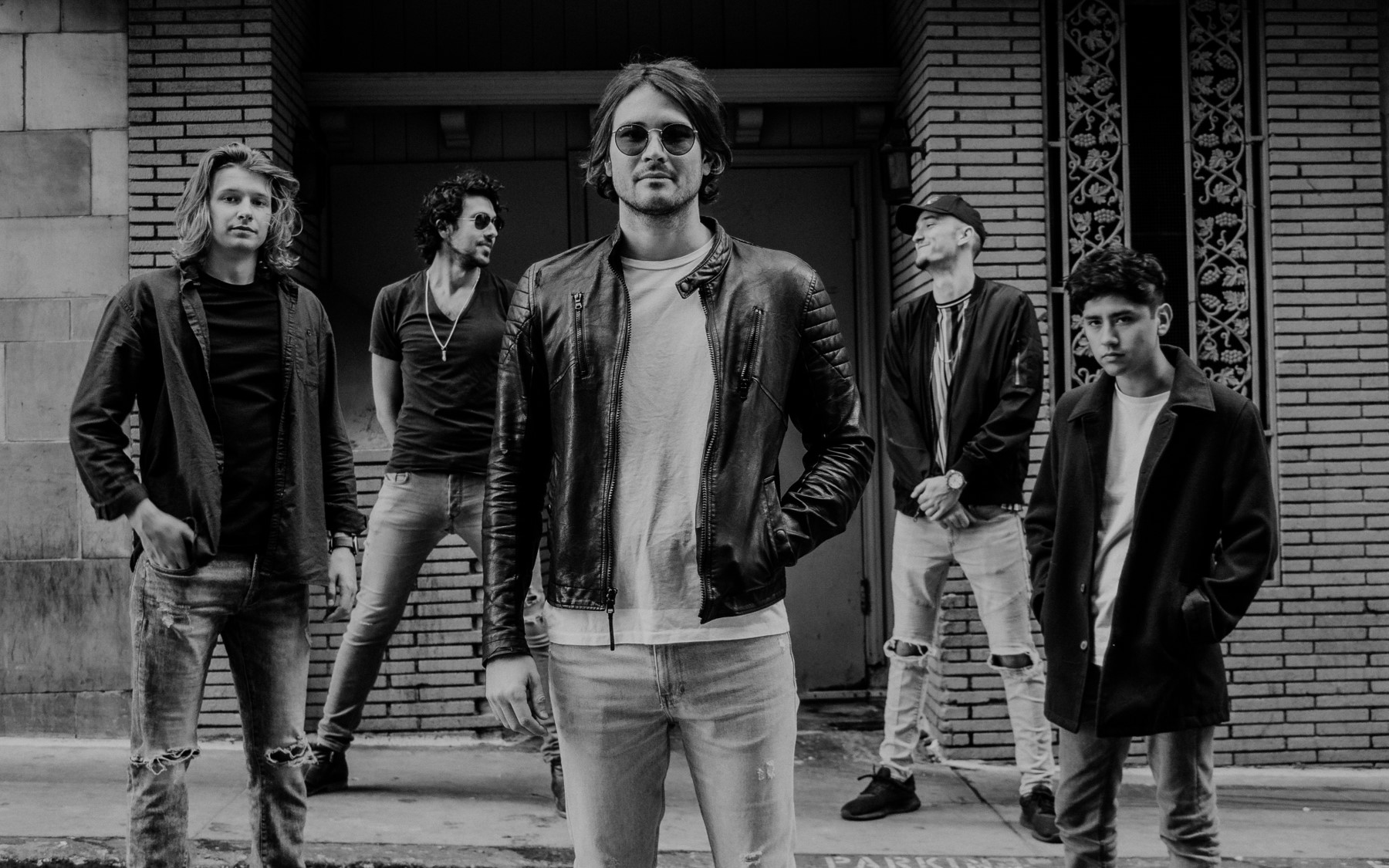 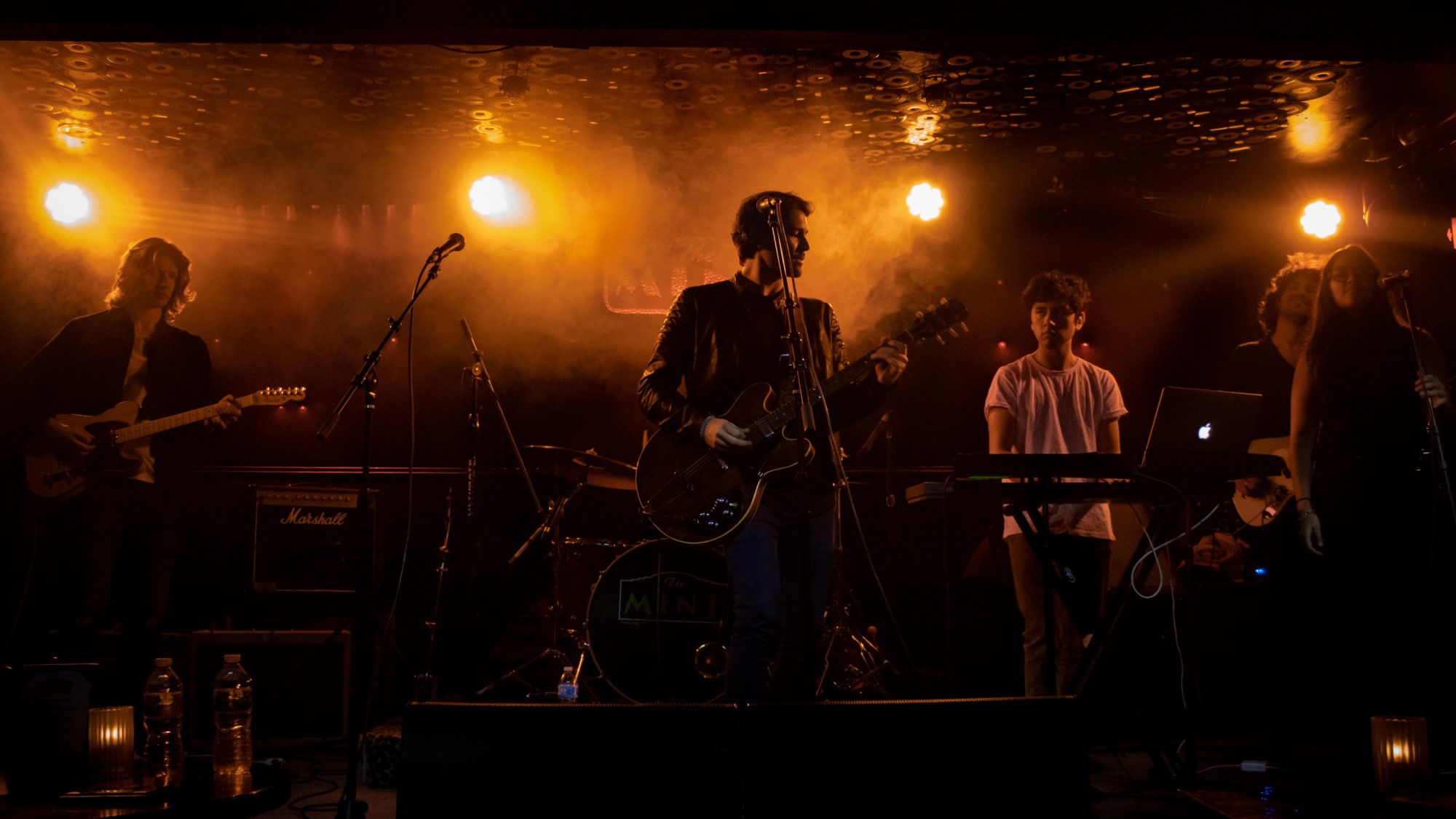