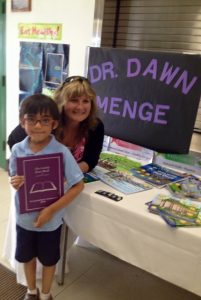 Today we’d like to introduce you to Dr. Dawn Menge.

Dr. Dawn, please share your story with us. How did you get to where you are today?
It all began with a math class in my credentialing program. I have been teaching students with severe cognitive delays for over twenty years. We had an assignment to create a math book and game. I wrote Queen Vernita’s Visitors which encompasses lessons on days of the week, months and seasons. The Queen and her twelve friends learn about friendship, compassion, exploration and adventure.

Several years later, I decided to publish the book and took the self-publishing route. Not thinking about there being any more to The Queen’s story. I immediately received a first place in the EVVY awards and interviews. A common question was what was I going to write about next? “I hadn’t planned on another book.” My friends and I began brainstorming what should be put into other books.

Queen Vernita is named after my grandmother Vernita who was a world traveler and a banker. She helped her father found the United Methodist Federal Credit Union by going door to door. She managed the bank for many years. All of the Queen’s friends were very real people in my life and all of the Queen’s adventures are real adventures that I have had during my travels.

I have a childhood friend who lives in Kona, Hawaii. I have written two books about the island. In the first book, Queen Vernita visits the Islands of Enchantment Sea Captain Jeff and Enchantress Carrie welcome the Queen to their Island and teach them all about sharks, eels, local fish and how to hula. This was based on a reunion trip I took with several families. The second book on the Island, Queen Vernita Conquers the Volcanic Islands teaches about Volcanoes, swimming in a shark cage, the Queen Learns about an augmentative device from her friend Connor who was a non-verbal autistic student I had. She learns about Rett Syndrome and helps Ireland make Lei’s for her classmates.

One of the Queen’s adventures was written with my brother Heath Rhoades. He is an Astronomer at JPL and monitors the Asteroid projectory around our planet. Queen Vernita Meets Sir HeathyBean the Astronomer and the Queen learn about our solar system. Each new month brings a new friend, with a new item and seven facts about that subject. Each page in the Queen Vernita’s book is a lesson and can be used as a catalyst to seek new information on the desired subject.

The Queen has ventured to New Orleans and held baby alligators, to Alaska to kayak to the glaciers and snorkel in a dry suit in the freezing water. She traveled along the coastline, down to Baja Quails and rode on an Old Fashioned Paddleboat. The Queen’s newest adventure is based on a train ride to the Grand Canyon and then the Polar Express. During the time I have been writing The Queen’s adventure’s and teaching students with severe cognitive delays I also completed my PHD in Curriculum and Instruction and plan to become an adjunct professor in my retirement.

Overall, has it been relatively smooth? If not, what were some of the struggles along the way?
My unintended author journey has brought many new experiences. What started as a fun project has turned into a second career. It has not always been smooth. I had an issue with another author who was not honest and it pushed me to seek more legitimate people in the Children’s literature world. I have met many amazing people. I joined the SCBWI in which you are able to converse with authors at all levels from Newberry Award winners to pre-published. I have found that they are all very helpful and respectful to everyone. I became connected to a wonderful Children’s magazine out of Tempe, Arizona titled Story Monsters Ink. I attend many events with this marvelous educational magazine. Publisher, Linda Radke, and editor, Cristy Bertini, are amazing and they send boxes of books to our classroom to read and write reviews. I also began judging the RONE awards which is a Romance literary award for the InD’Tale Magazine.

The hardest part is the amount of time and finances that are dedicated to author events. The biggest reward are of course the personal interactions with the children. It’s an author’s dream to be told that a child reads their book every night or that your story is their favorite and it’s the first one that they pick up. I have been the featured author for my childhood school district Young author’s event. It is amazing to read all of the young author’s stories from Kindergarten to high school. There are many children who submit and win each year. To watch them grow up and create original stories and illustrations is inspiring.

When I published Queen Vernita Meets sir Heathybean the Astronomer a friend from across the country, purchased a complete set for her son’s kindergarten class in Long Island. She wrapped bows on each one and I flew to New York to present them in person and we made Queen Vernita crowns with the whole class. It was my first experience of this nature and it was invaluable.

I think that one of my most heartfelt experiences was when my brother and I had a reading at a local elementary school. I read Queen Vernita’s Visitors to about 90 Kindergarteners with my mom, who taught Kindergarten for over twenty years. My brother read his book to the 3rd graders. He was introducing me and explaining what I did for a living. A young boy started talking about his sister who had recently passed and was a student in a special needs classroom. After the reading, his teacher told us that he hadn’t spoken in weeks since his sister passing.

I think the biggest lesson I’ve learned is that we don’t know what impact we will have on other people. We may begin with a pre-determined intent but who and what we influence is dependent on our audience and what their current needs are in their lives. We have to be mindful of how others how perceiving our message and be open to changes in the environment and be adaptable.

Alright – so let’s talk business. Tell us about Queen Vernita’s Visitors Educational Series – what should we know?
The Queen Vernita series is based on my real-life adventures and friends. With my background in teaching special education and my PHD in curriculum and instruction my series creates a unique experience for my readers to gain educational information about our world without the tedious formats of many educational texts. They encourage curiosity and adventure seeking. With the Queen’s outlook of respect and friendship to total diversity of cultures, backgrounds and abilities, it helps to break many barriers for our children.

I am also the California Ambassador for the United States Board on Books for Young Children. I am an active member of the Committee that chooses the Award-winning books written for/about young people with disabilities. I am proud of the impact I am able to make on children and their families across the world with The Queen’s adventures. In the first few years, I attended a festival in Tucson and a missionary was going to Ghana to help build a library. She bought a few books and I donated some to her. I asked her to send me pictures, not really expecting to receive them. A few months later, I did indeed receive pictures of Sir HeathyBean the Astronomer being checked out from the children in Ghana, Africa. Never in my wildest dreams would I have imagined this.

A few summers ago, our Speech therapist who is from Africa took my books to her family who were educators. They sent me videos of their students in many providences reading The Queen’s stories. This is an extra special meaning as all of the Queen’s friends are real people. It’s an unimaginable connection to others around the world. My author’s journey was completely unexpected and has been an incredible journey that seems to be expanding ever so fast in the recent times.

My newest release, Queen Vernita Conquers the Volcanic Islands is being made into a screenplay. We have recently added all of her adventures in the Land of Quails to the transcript. I’m very excited to see where this will lead. Life is filled with many mysteries that unfold as each day moves forward.

Any shoutouts? Who else deserves credit in this story – who has played a meaningful role?
In the first book, Queen Vernita’s Visitors I put all of the children from my family, as I thought they couldn’t complain as they were children. I was very surprised that adults were interested in being a character in the stories. My very fabulous illustrator takes pictures from my adventures and friends and creates each page from them. I have so many supporters and cheerleaders along my path. I have been blessed with an incredible amount of supporters. Their patience and support from being in my books, to helping financially, to coming to events and helping to make 100’s of Queen Vernita’s crowns to just listening and brainstorming with me as been beyond special.

In a moment when I was worn down and feeling discouraged, I attended an event at the SCBWI summer conference. It was the last speaker, and the auditorium was packed. I almost left, but stayed and had to sit on the floor in the back of the room. It was a turning point in my author journey. The speaker was Kwame Alexander who is a New York Times bestselling author and a Newberry Award winner. He has a speech called “YEESS”. It encourages you to say yes to every experience. I started doing that and my author journey expanded beyond anything I had ever imagined. I met amazing and kind people, publishers, agents, and children. I encourage anyone who needs a push to watch his speech and just start saying, “yes”.

Most recently, Leat Regwan of MagicBeans Bookstore was looking for authors for a Winter Literacy Event at the Walnut Park Elementary school. I attended the event as the featured author. The children and adults were all so welcoming and excited. I introduced my stories, we made King and Queen Crowns, I did a reading and we will all be included in their yearbook. The Queen Vernita’s educational series has won thirty-eight literary awards which includes; Purple Dragonfly, Royal Dragonfly, Story Monster Approved, Mom’s choice, EVVY, Reader’s Favorites, Readers Views, Scooters Award, A+ and The American Children’s Book Society Scooter Award. Now, the journey continues and we do not know where it will lead… 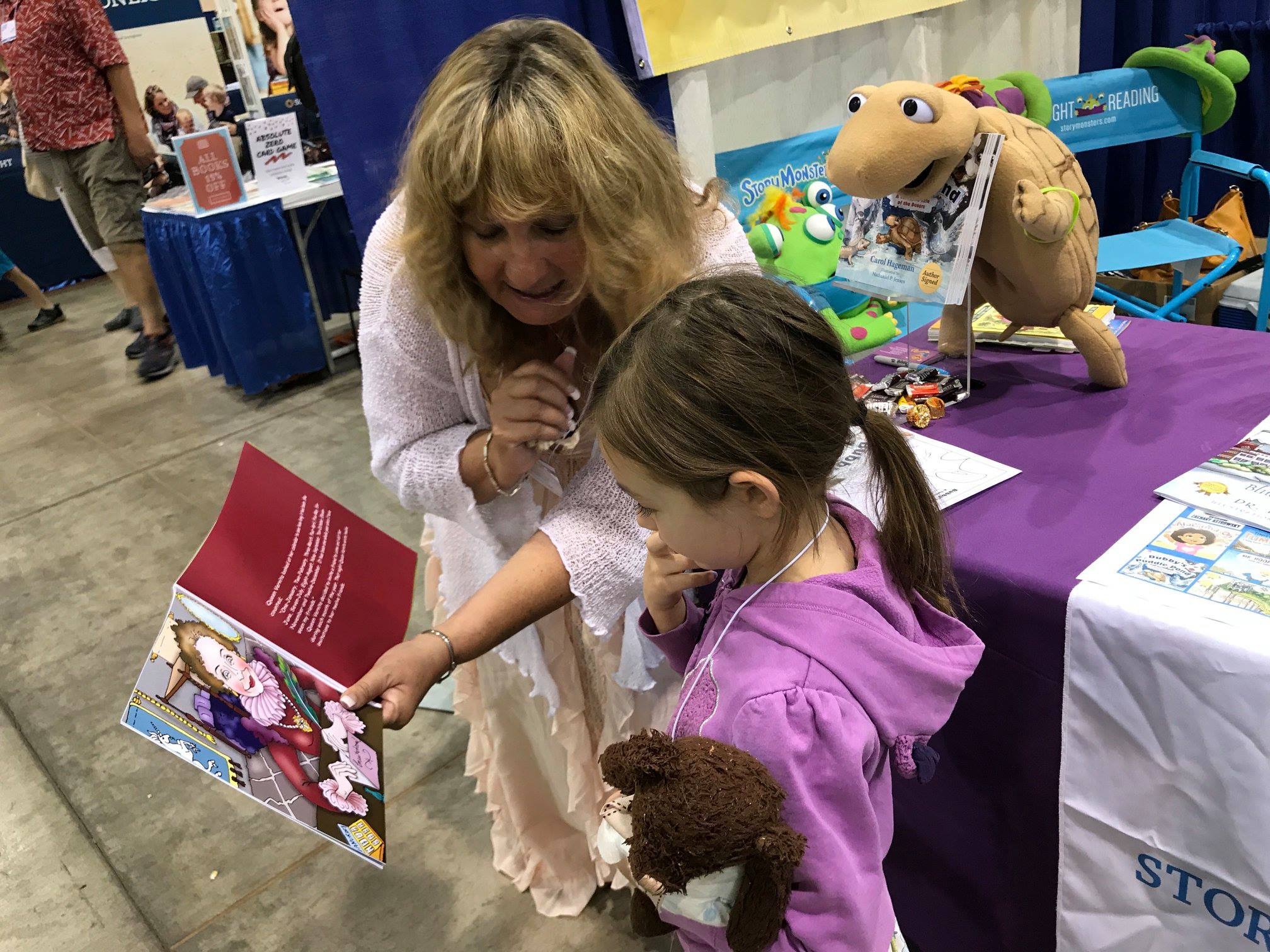 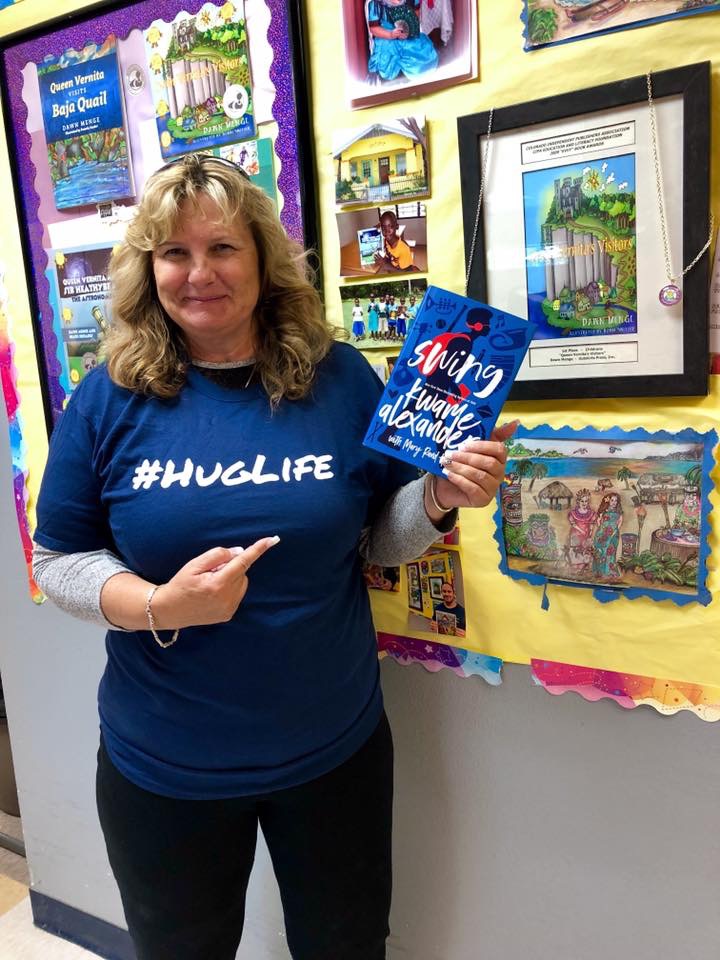 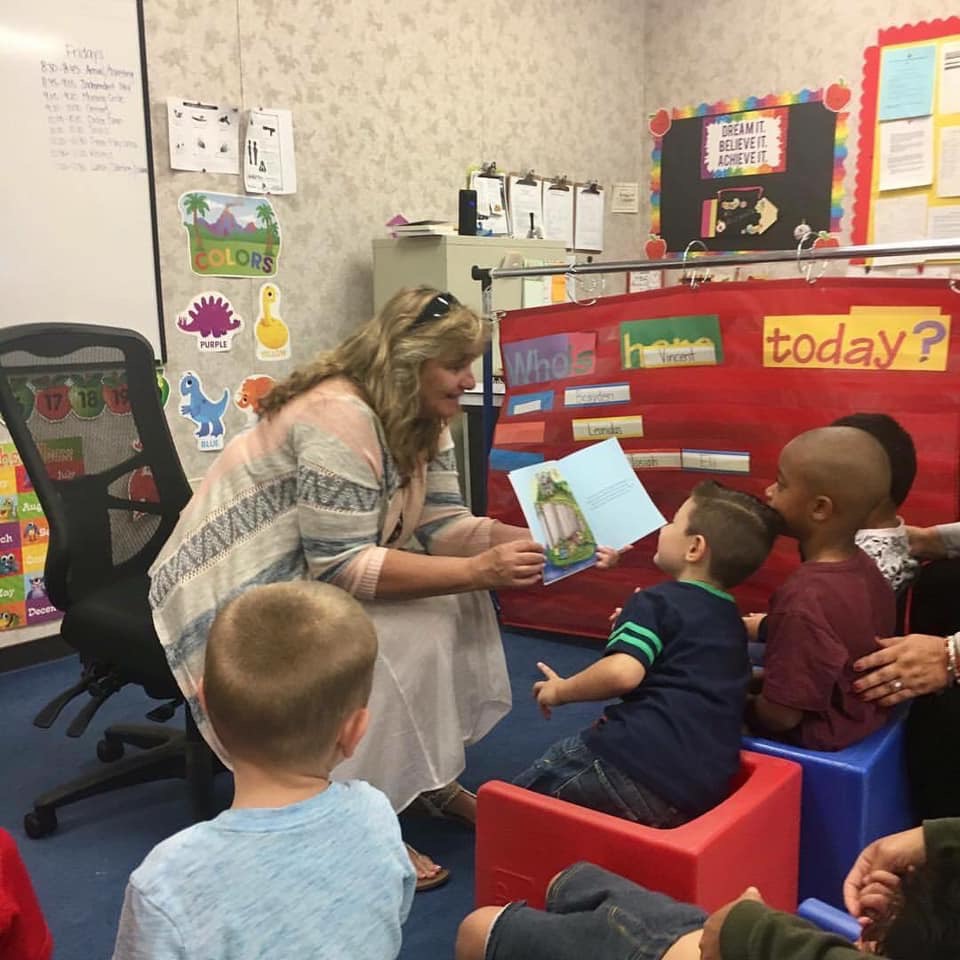 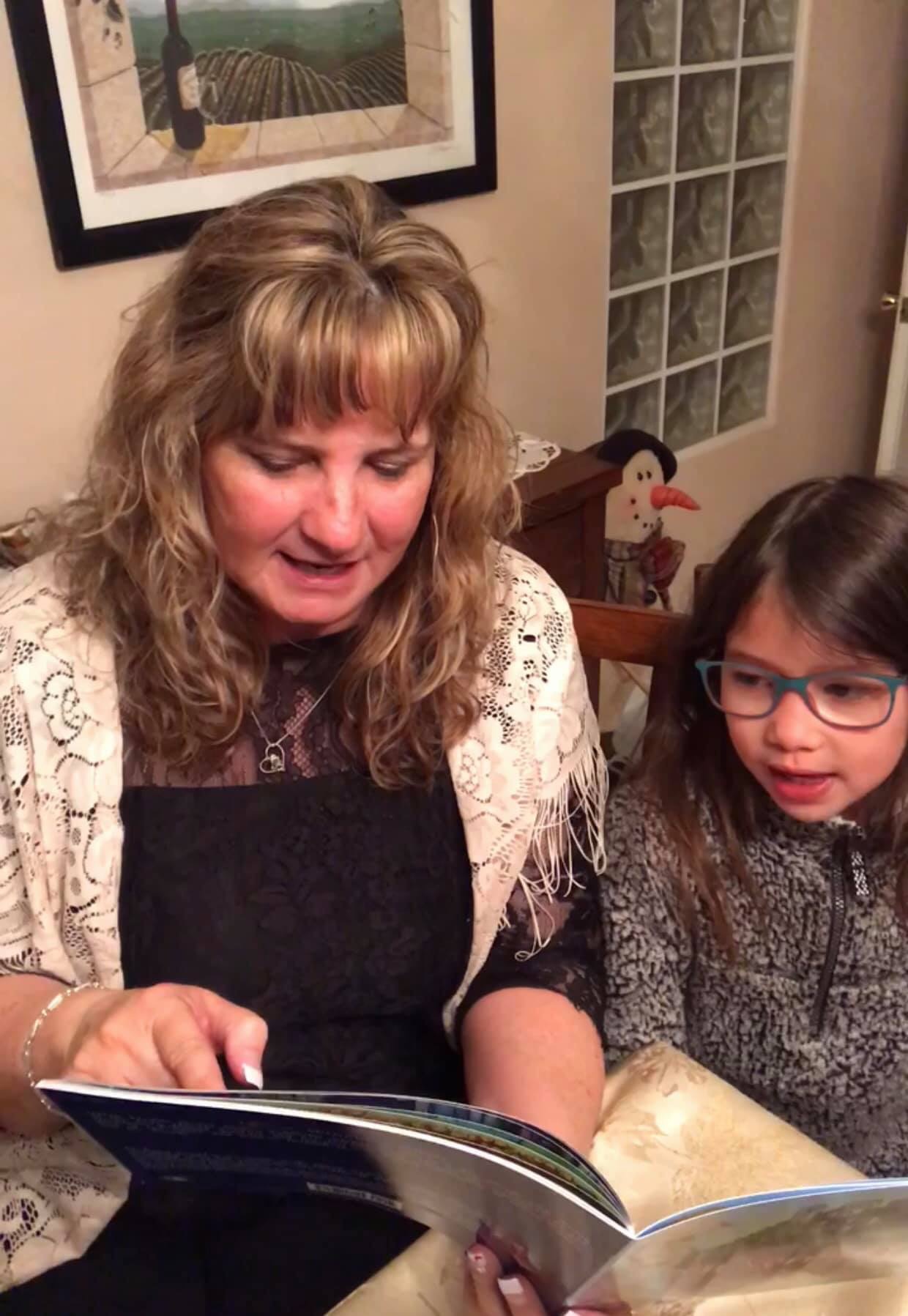 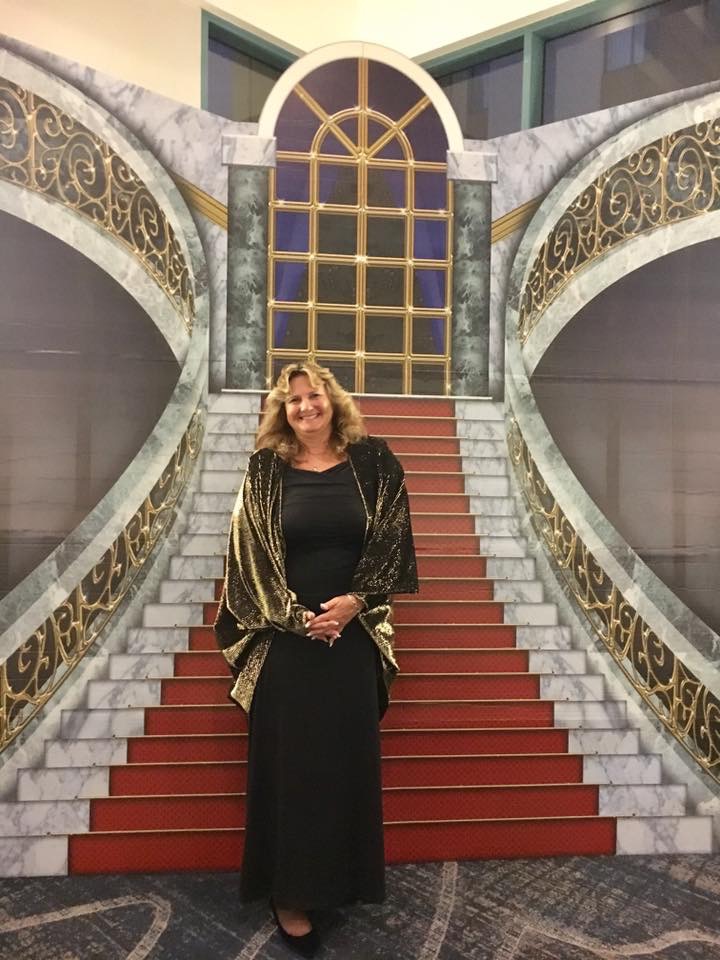 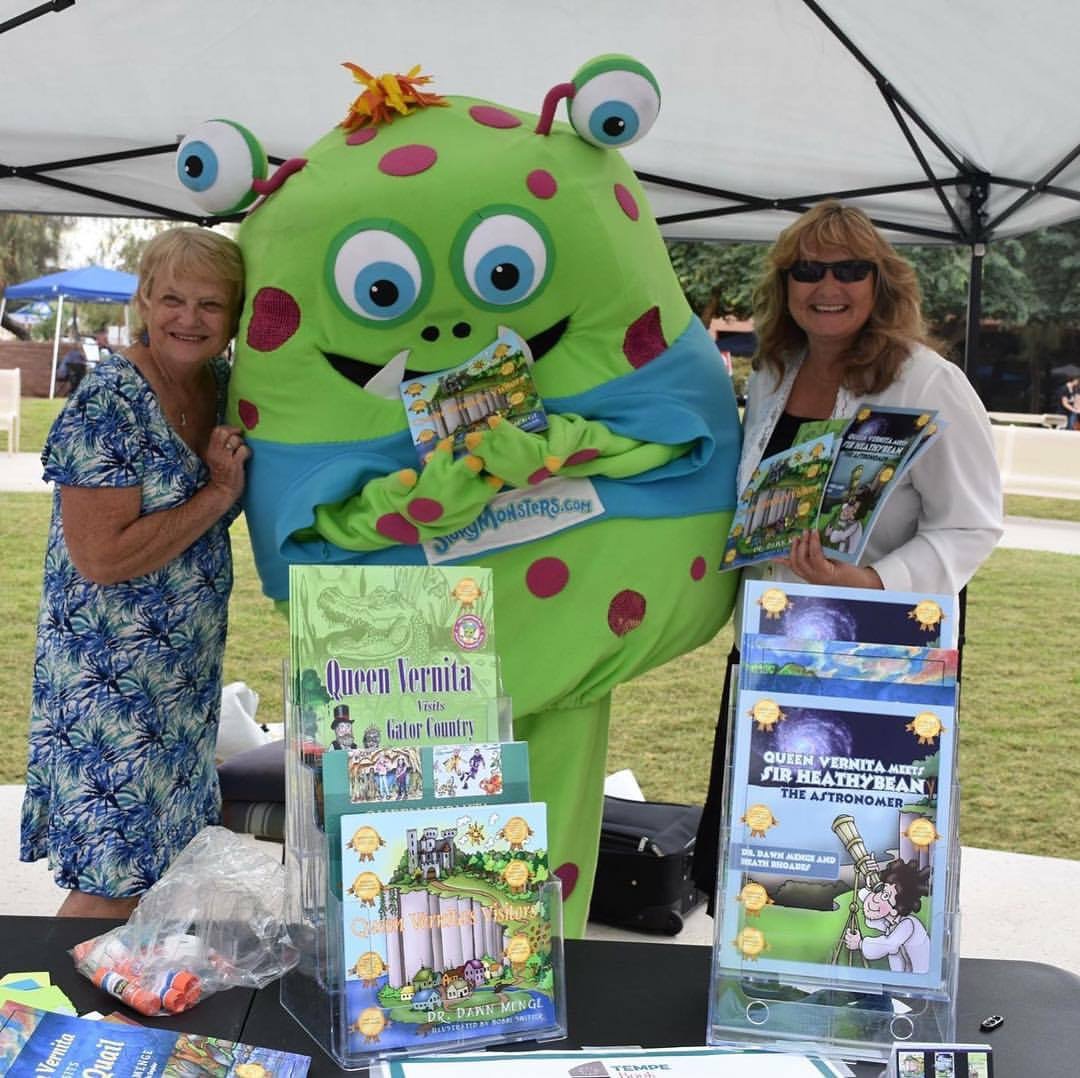 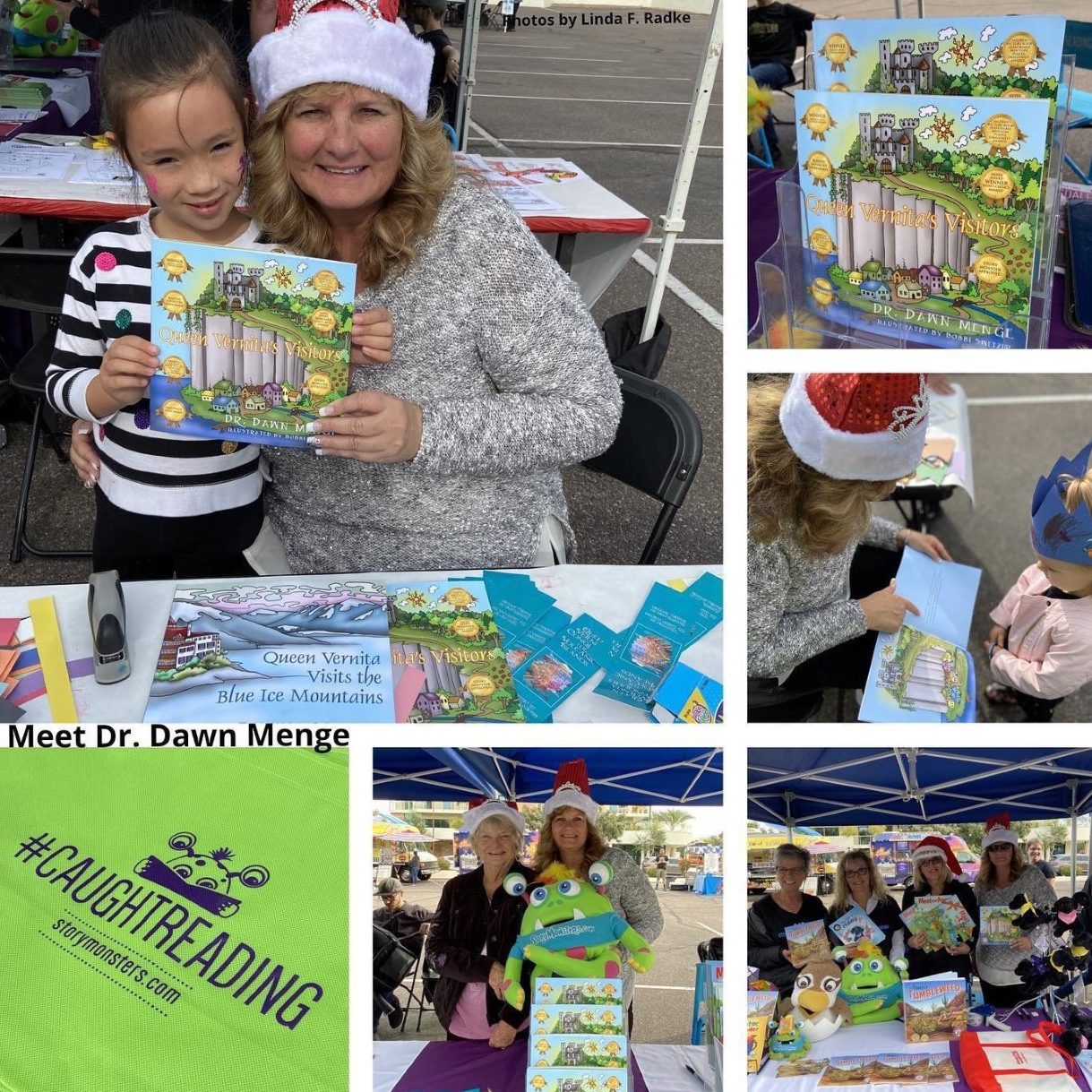 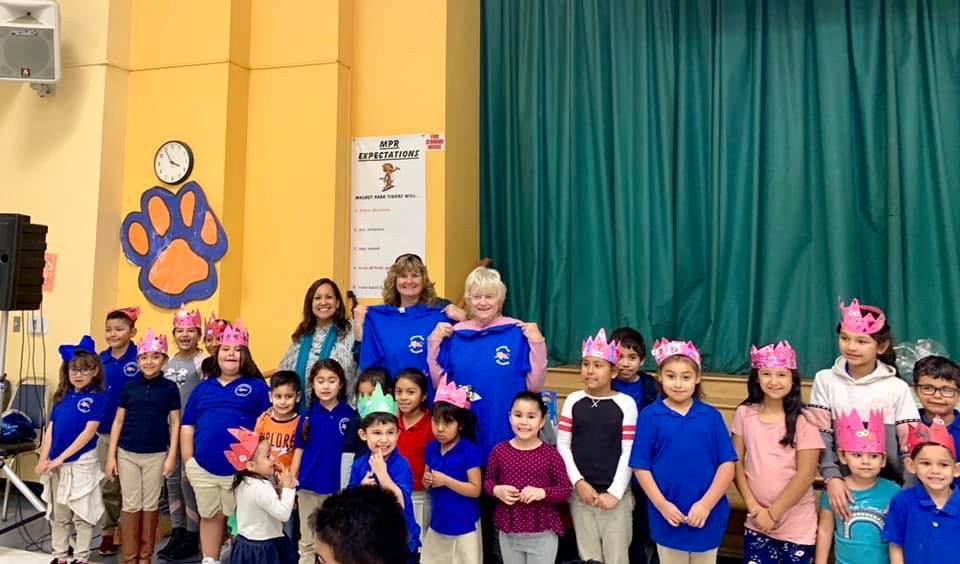