Today we’d like to introduce you to Pasadena Celebrates 2020 and 100 Years of Women Win the Vote.

Thanks for sharing your story with us.  So, let’s start at the beginning and we can move on from there.
Next year, 2020, marks the centennial of the adoption of the 19th Amendment, giving women the right to vote. This 100 year anniversary will be celebrated with events nationwide throughout the year. We are kicking off this mementos landmark with a float in the Pasadena Rose Parade, January 1, 2020.

The float, Years of Hope. Years of Courage, commemorates the suffrage struggle, dramatic ratification, and victory signing in 1920. We celebrate the 100 years since women won their equal voting rights and support women’s rights now and into the future. We honor this Amendment for brining over half of Americans into full status as citizens – our women.

The float features the Statue of Liberty, the mother of Freedom, Hope, Courage, and Opportunity. The float will be covered in yellow roses, the flower that symbolizes the movement. Riders will depict this epic story starting in 1848 and the Women’s Rights Convention; through the suffrage struggle to the ratification in 1920; to the achievements and accomplishments of women and the success for America; and to the future, and the continued actualization of human rights.

In addition to the float, there will be 100 walkers marching behind the float, also depicting parts of the story and celebrating the victory. This float presentation will embody the 72-year campaign, showing how courage, dedication, persistence, and collaboration can triumph over barriers, opposition and defeats. We show the world that the United States of America is not mired in the status quo and that while we value and can learn from the past, we are confident of our abilities to move into the future and secure human rights.

Has it been a smooth road?
As with most non-profit organizations, funding is the biggest challenge.

To be a part of this float, you can buy a rose in a vial, we will put your name on it, and it will be placed on the float. Vials are $20.20, and when you see the float go down Colorado Blvd., you’ll know you were a part of making this happen. You can order online at: https://pasadenacelebrates2020.org/rose-vial-program/

Our Out Walker program makes it possible for you to march with the float in the parade. For $1,000 you can be a part of living history and march down Colorado Blvd. on January 1. https://pasadenacelebrates2020.org/outwalker-program/

You can also help decorate the float. Sign up online under volunteer at www.pasadenacelebrates2020.org.

Decorating the float will happen by the Rose Bowl in Pasadena starting the first weekend in December. This is an annual tradition and great way to be a part of this international event. The Rose Parade is seen by over 93 million people nationally and worldwide. Be a part of living history, and support this float.

Is our city a good place to do what you do?
The Rose Parade is part of the Tournament of Roses event, that happens every New Year in Pasadena since 1890. 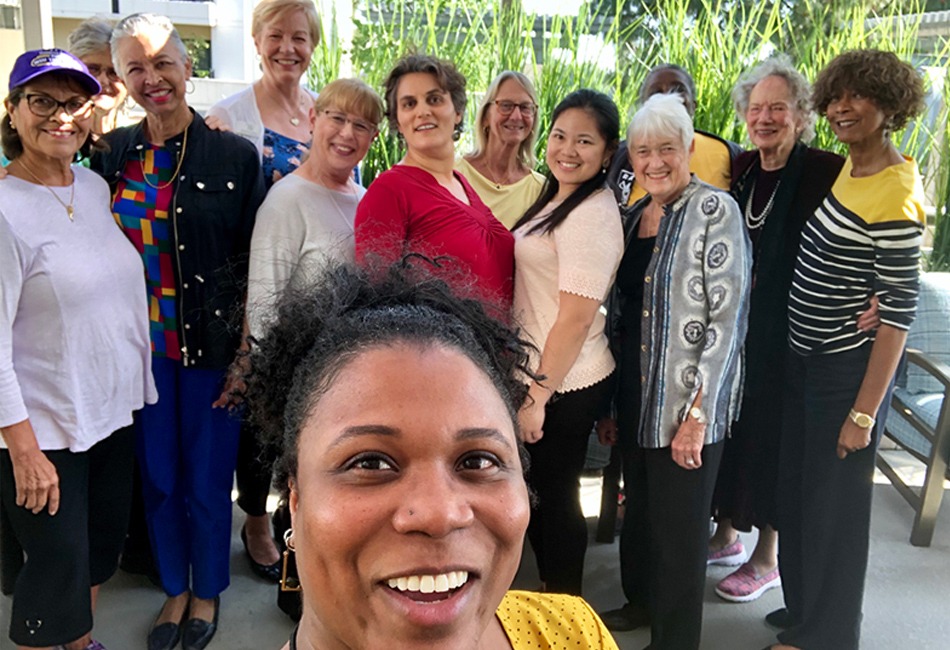 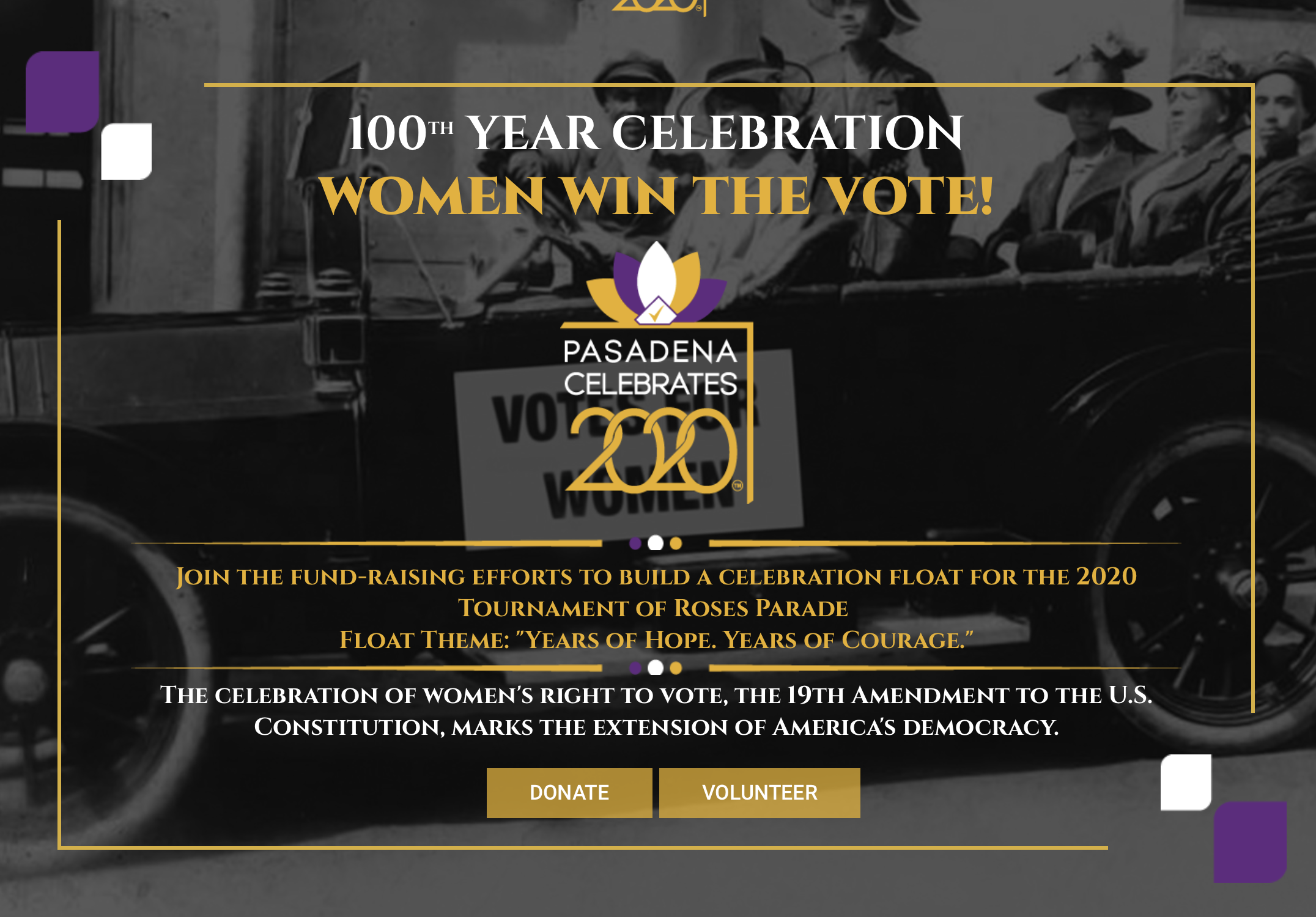 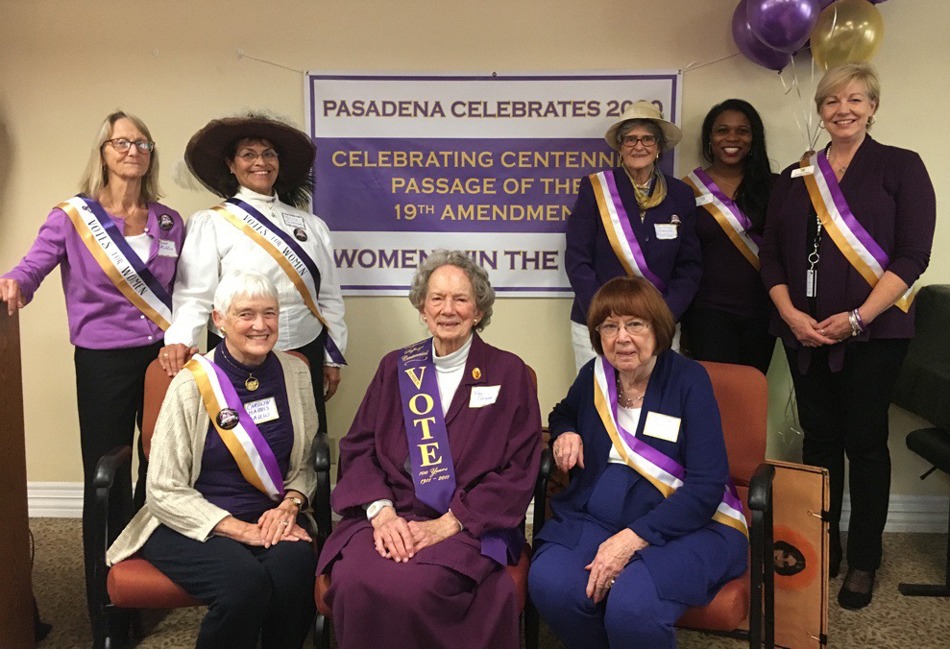