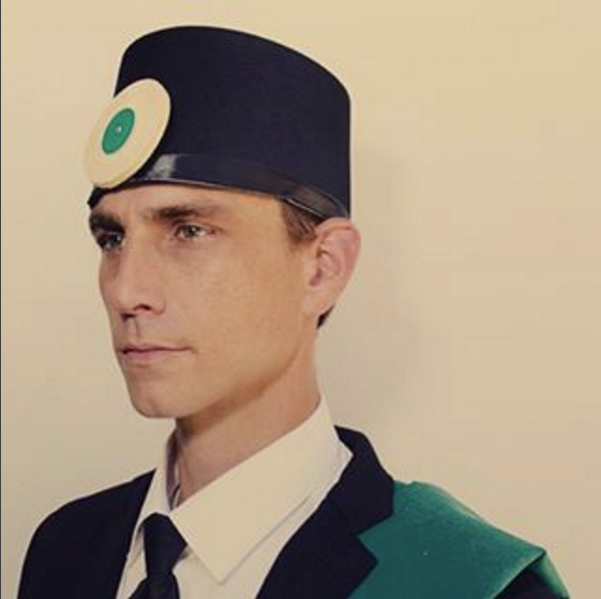 Today we’d like to introduce you to Jophen Stein.

Education: Graduated from Laguna College of Art and Design with Distinction.

Fine Art: In 2004 started the Snootson Family Showcase, personal branding of narrative works focusing on the correlation between antiquity and modernity. Originally the idea was to balance commercial pursuits with the sophistication of the fine art disciplines.

Has it been a smooth road?
Yes and No. I mean, my view is that it’s kind of a relative. Initially, when I first started the goal was to simply get to a place where I could create full-time, and I think that is a pretty standard goal for most artists. That transition for me was fairly smooth but not necessarily a success, and I guess that’s what I mean by it being relative. In terms of gallery work, the duration between making artwork and selling artwork can be long enough that a supplemental income is necessary to keep things going. I was able to supplement with commercial work which I didn’t necessarily see as being a typical day job, rather just an extension of my own creativity. I suppose the only struggle would be not having enough income during those periods to justify sitting around painting. But that’s pretty typical and inherent to fine art.

What is the most difficult part of what you do?
Maintaining interest seems to be the most difficult for me and perhaps most artists. The idea of commodifying attention mixed with an overly saturated market has had an unfortunate side effect. Which is that art, or at least the visual arts, are disposable. And the downside to this ranges from companies not paying a fair wage for services to the attribution of images without license or credit. I think artists end up resorting to gimmick and kitsch work in order to overcome this particular precipice. Not to be judgmental, it’s just those types of tactics are ones I’d like to avoid.

How do you define success?
The standard outlook for this, and I’ve heard it countless times, is that people secretly harbor the desires for fame and fortune. And the criteria for success based on that idea is determined on how much money is acquired and how well you are known. I believe that those are only supplemental byproducts of being good at what you do, not a definition of success. For me, it’s more of an issue of credibility and perhaps comfort being the benchmarks of success rather than the extremes of fame and fortune. In my experience artists are more apt to work towards creating full time and getting paid adequately for it and I would base my definition of success on the measure of how well they’re are able to do that. In addition, I also believe what artists desire the most, is to create work that is both timeless and not so easily replicated, which is an opposition to narcissism and greed.

So, what’s next? Any big plans?
My interests have been slowly moving in the direction of creating automata and kinetic three-dimensional works. So I guess implementing motion and interactivity into my work, which is a big change since up until this point it has been mainly two-dimensional.