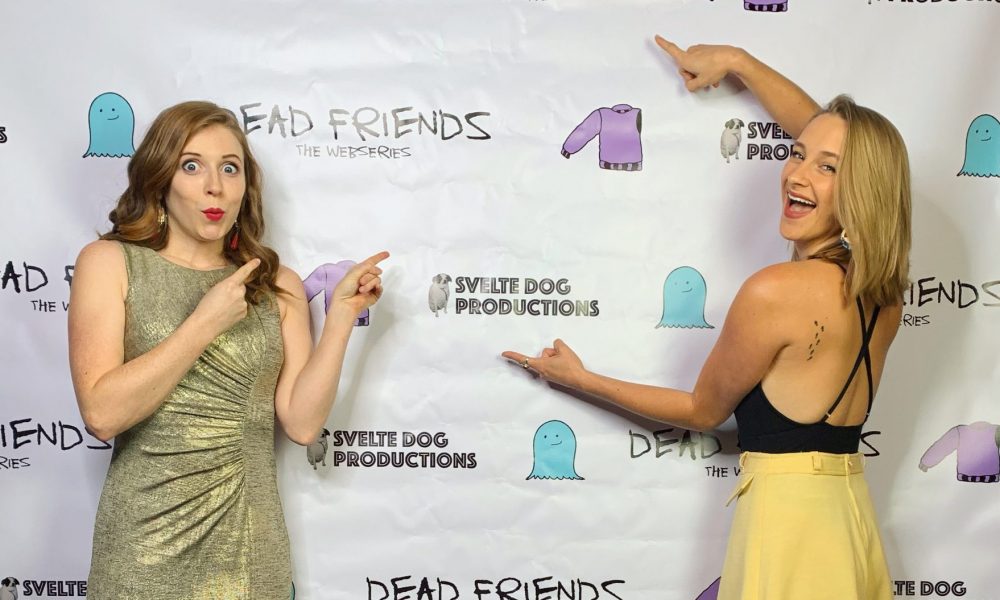 Today we’d like to introduce you to Paige Henderson and Nicole Murray.

So, before we jump into specific questions about the business, why don’t you give us some details about you and your story.
We both grew up in the Seattle area, graduated the same year from UW, and lived within walking distance of each other, yet somehow, we never met! Although that may make sense; Comparative Literature: Cinema Studies majors (Paige) and Biology majors (Nicole) don’t have much overlap.

Post-grad, our paths differed even more. Nicole worked in research lab at UW studying addiction and decision making (ask her about the rats!) while Paige left the states to travel for a year and a half. While we both loved what we were doing, we eventually realized we needed to pursue our true passion of acting (still haven’t met yet- keep tight).

Cut to (film term lol) September 2017. Both of us had decided to make the move to LA but were both booked on one last short film in Seattle. The same short film (the moment we met!) After Paige mooching Nicole’s smartfood popcorn, we realized we had planned to move to LA within days of each other, and so thought “should we do this crazy thing together??” We met for happy hour one last time in Seattle as a foolproof way to make sure the other was for sure not a murderer. And neither of us was! Surprise.

FADE IN: Highland Park, California. INT: DAY. Yet, somehow it seems like night in the dark hovel of an apartment. We’d been living together for eight months, friends for 4 (according to Paige, Nicole thought we were friends literally as soon as we met). We had begun to see that pursuing our shared passion would take more than just hoping some audition would hit. So, we decided to take matters into our own hands and forced each other to sit for hours a day at a coffee shop, writing our first content together.

The idea sparking our script was actually based on a single scenario that made both of us crack up anytime we thought of it. A person with a ghost in the house sees the lights flicker a little and ponders for second if there could be something beyond happening…then goes about their daily life. Meanwhile, in a spirit world view, that ghost is screaming, running around, trying to expend any energy they can to get noticed. And all it amounts to is a tiny little flicker.

Somehow, we created a whole web series from that! We promise it holds more substance than just that single idea.

Great, so let’s dig a little deeper into the story – has it been an easy path overall and if not, what were the challenges you’ve had to overcome?
Any filmmaker will know there’s always struggles throughout the filmmaking process, and we definitely faced those. The project started out on a smooth note, as the first time writing together we realized we were pretty in tune and balanced out each other’s ideas well. The difficulty, unsurprisingly, arose from budget, or lack of. But this actually led to some kind-of ridiculous choices that we absolutely love. Like the one sleeve each ghost has. At first, we were like “well we have no money, so what’s a cheap way to differentiate ghosts from humans?” Then we got really weird and brainstormed things like a single feather earring, a facial symbol, or the infamous one sleeve. It definitely makes people like “why…”. Feeling good about it.

Svelte Dog Productions – what should we know? What do you do best? What sets you apart from the competition?
Together, we make up a production company entitled Svelte Dog Productions. We are both actresses, writers, and filmmakers who hold the belief that, as artists, we should all be supporting each other and collaborating in any aspect of our art that we are able.

Our most recent and likely most known project would be “Dead Friends”. It’s about a woman named Mel who moves in with a new roommate, the eccentric Keely. Keely’s obsession with a dead boy causes Mel to question her new living situation…until that same dead boy appears to enlist Mel’s help in breaking Keely’s obsession in the hope he can move on.

This web series actually helped define our production company, and us as a team. We learned how to be producers, directors, showrunners, and we both agree we are better for it. We are incredibly proud of ourselves for building this project up from a simple idea to a written script, to a full production, and finally a completed series, entirely together.

It’s this support of each other that defines our work and lends us to stand out as a pair. Together, we hold a deep appreciation for collaboration, and we often seek it out. We were lucky enough to have more than 30 cast/crew involved with the project, as well as various sponsors, musicians and local artists. We know the importance of supporting each other and each other’s work.

What moment in your career do you look back most fondly on?
A huge win for us was making two big film shoots happen for Dead Friends: episodes 1 and 2 in October of 2018, and episodes 3-8 in May of 2019. Shoots that successfully combined into a full first season of a web series that we love! This experience has amounted to so much more than just warm and fuzzy feelings, though. We gained confidence in learning we can trust ourselves and each other; we explored different production roles and therefore perspectives; we discovered how to manage a film set and how to creatively troubleshoot with no money. The entire process has made us better actors, filmmakers, and people.

We loved the cast and crew we brought together to make this happen and truly feel like we had a family after all was said and done. On top of all of this, we were able to release on October 11! The efforts were not without technical difficulties, lack of sleep, delirious writing sessions, painting boxes at 2am the night before filming, and immense amounts of coffee.

Throughout all of it, we realized a trust in each other that goes beyond words, and a wholeness from the actualization of our creative efforts. Our goal is to continue to learn and create films, as well as expand on our collaboration with other artists. 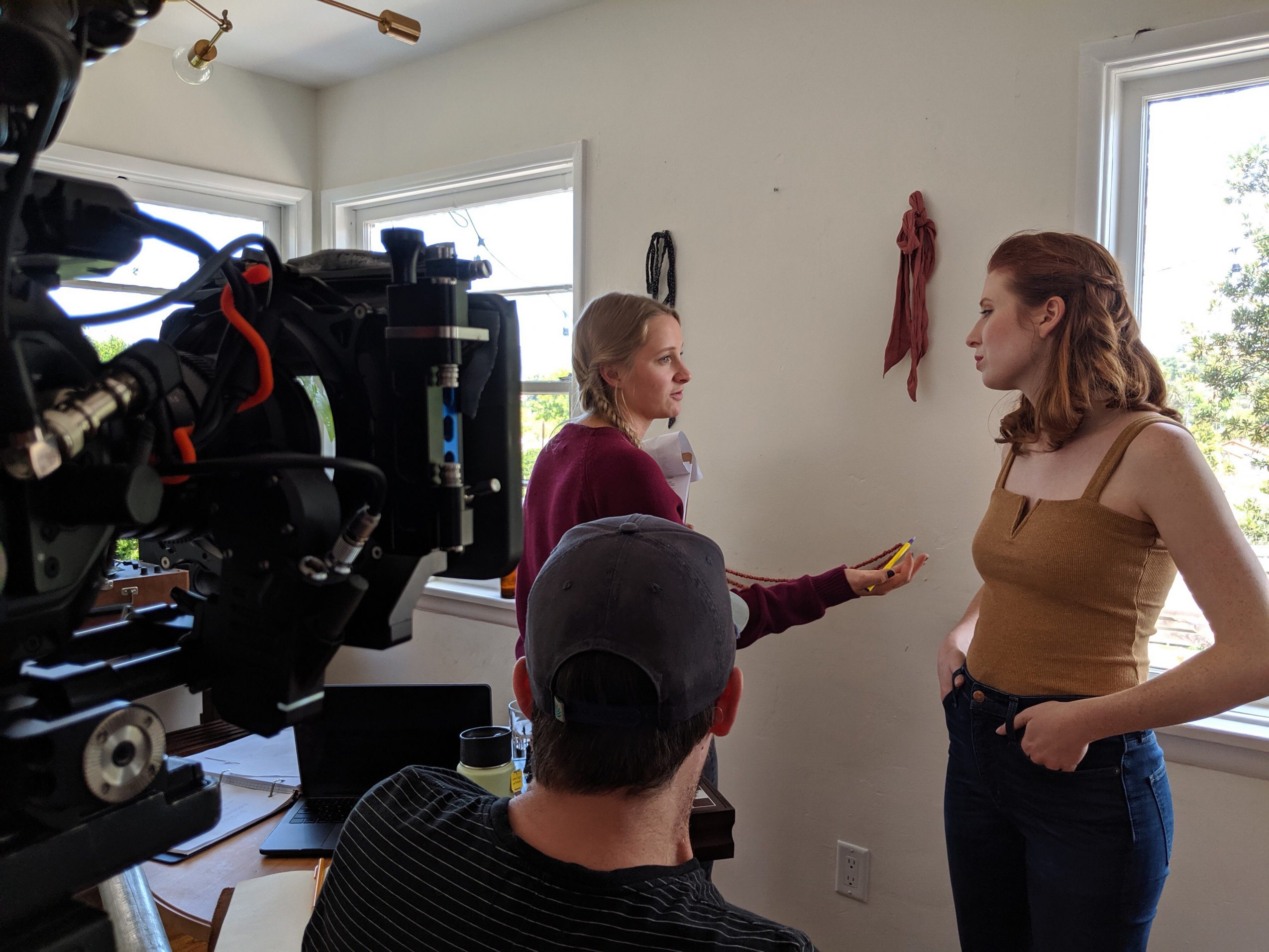 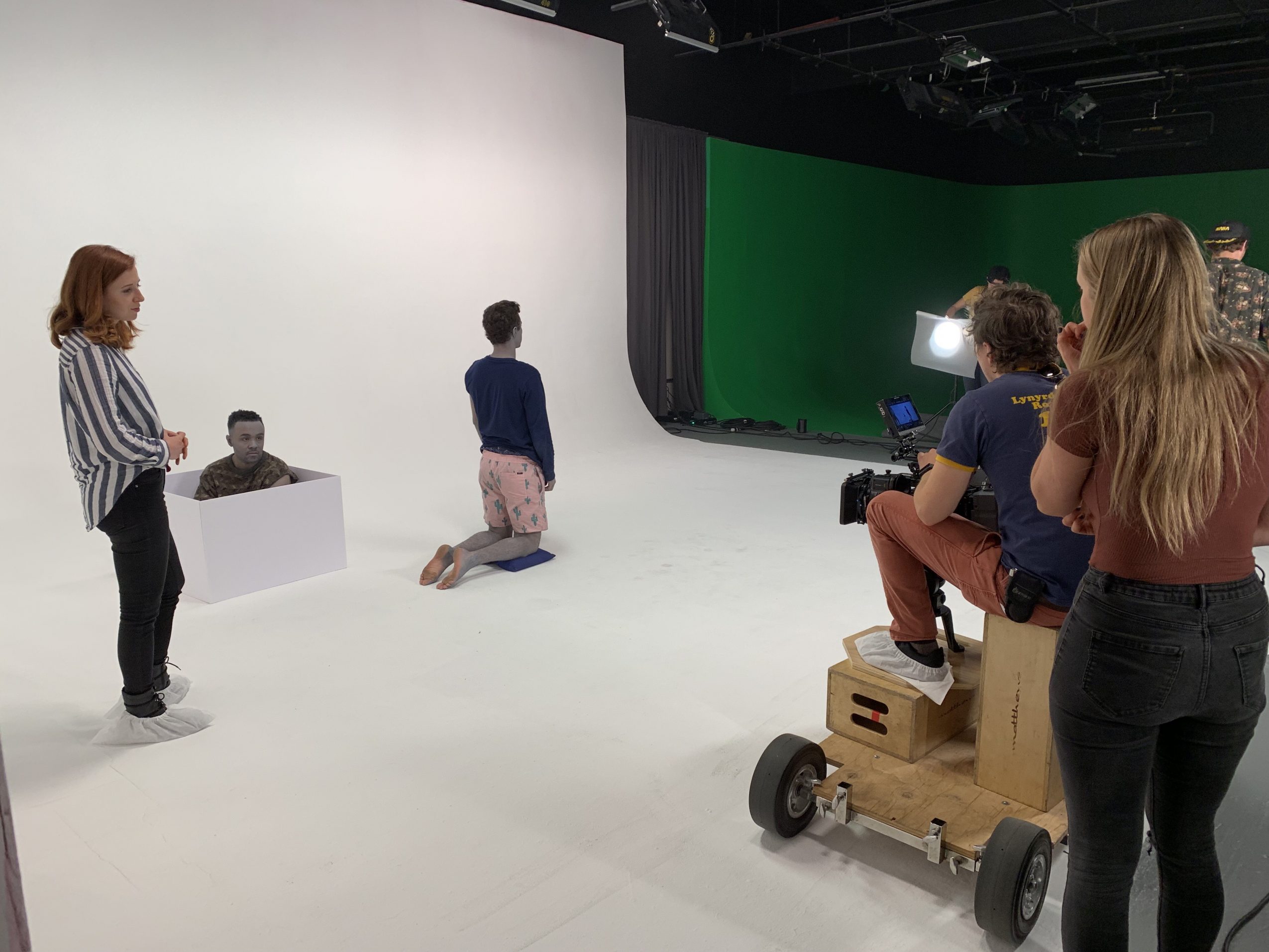 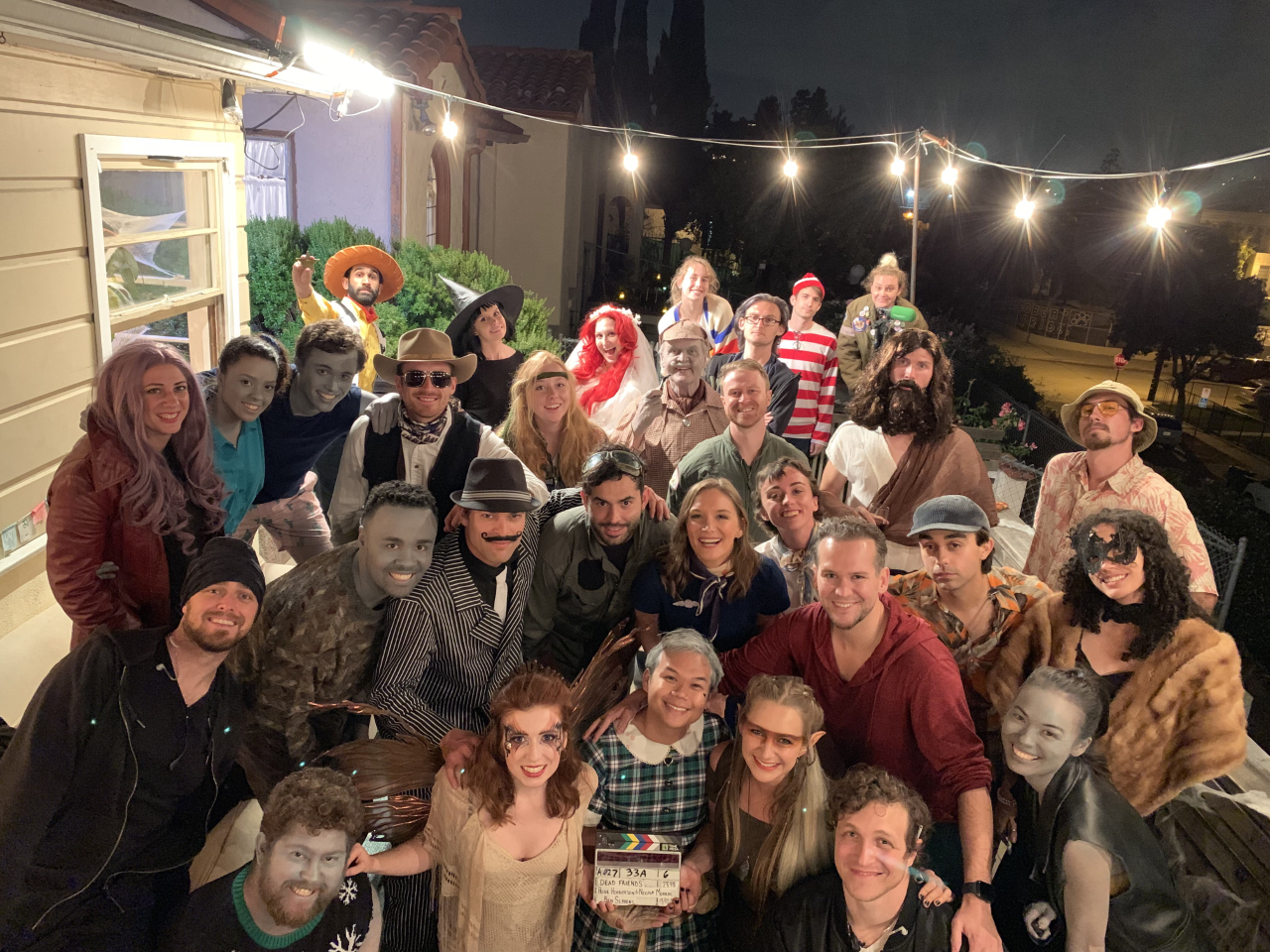 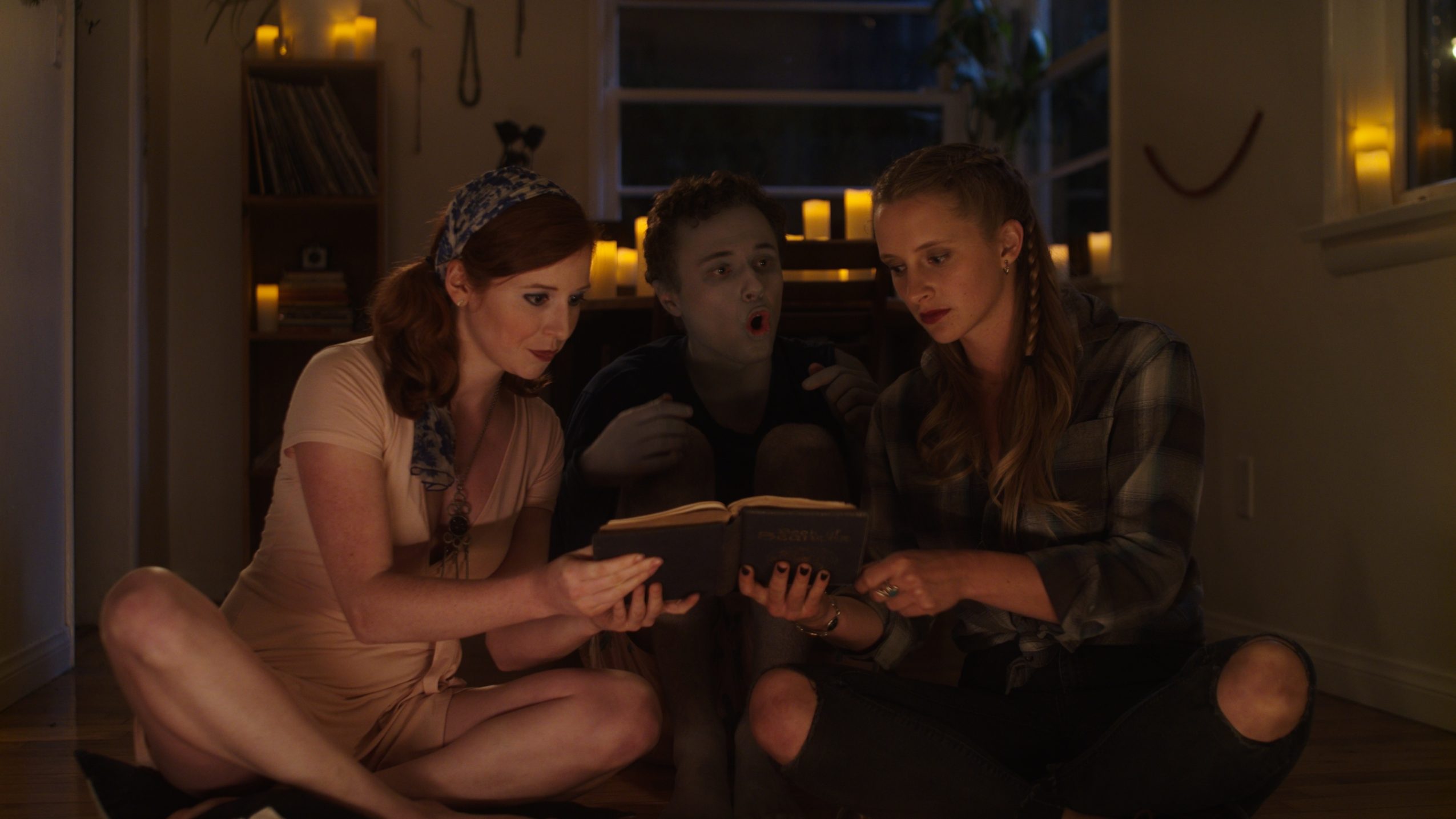 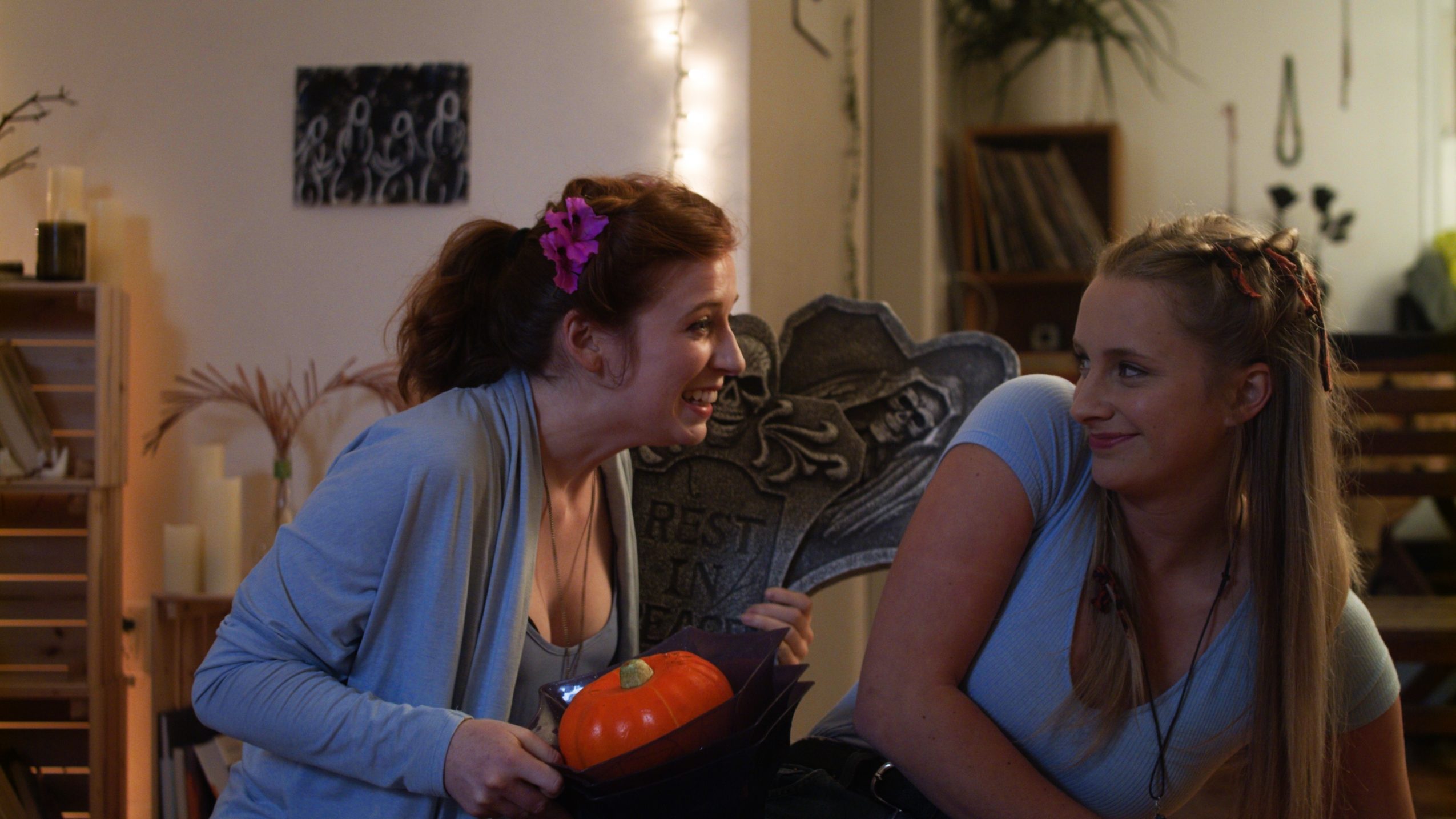