Meet Octavia Lindlahr of Outside the Box in Woodland Hills 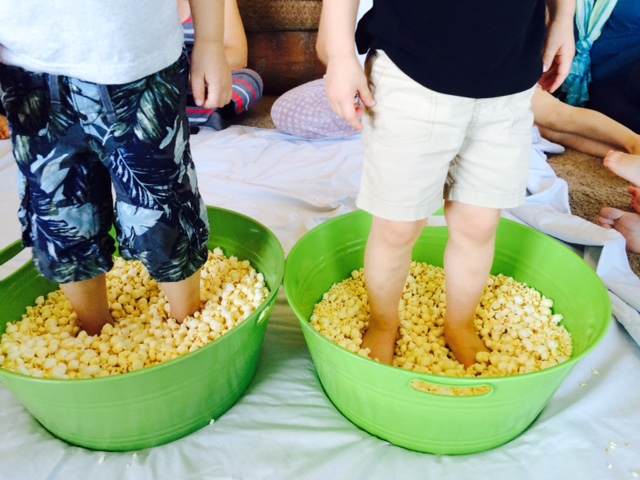 Today we’d like to introduce you to Octavia Lindlahr.

Octavia, can you briefly walk us through your story – how you started and how you got to where you are today.
The idea of Outside the Box (OTB) started in my living room with 11 moms. I was recently separated from my husband and needed a way to make more money. People always want to hear a touchy-feely, inspirational story about how OTB was born, but in reality, it was merely a means to earn an additional $200 a week now that I was on my own. It was never meant to be a business and/or grow to what it has become today. I would/could have never imagined…

At that time, I was an International Infant Massage Instructor, Childbirth Educator, and Labor Doula. I had a huge clientele of “families”, specifically families with infants. When trying to figure out how to make a few extra bucks, I did what most women do, I thought to myself “what do I have? what do I know? what can I do?”. The answer was that I had a lot of knowledge about the “brain” (Neurobiology and Child Development was my background) and I had several “babies”! I was noticing that parents were great at “care taking” for their child (feeding, bathing, etc.), but they weren’t as tuned in on how to actually “play” with them. A few years earlier, a lot of research was floating around about the importance of “sensory play”, so I thought to myself, “let me merge the science with the play and see how that works”.

My goal was to teach parents how to “teach” their own children through playful activities that were actually stimulating brain development. I invited 11 moms, who I had either taught childbirth classes to, taught them massage or helped deliver their babies into the world, and said “please come over, let me walk you through this idea I have, and then tell me if it’s great or terrible”. I also added some free food to the arrangement. I wrote a curriculum for a one hour class that would “look” like they were just playing with their children, but in reality, there would be doing a lot more. The demo class went great, and to my surprise, the moms wanted more. I agreed to teach out of my living room once a week. Within a few weeks, the moms were reporting that their children were sleeping better. This was because their brains were getting good stimulation and was then forced to “shut down” (sleep) to process all the data.

Word started floating around about what was happening, and one mom told her sister, who wanted to start a group, then she told her neighbor, and it went on and on and on. Before the year’s end, I was driving all around Los Angeles in my beat-up old Ford Explorer going from class to class, with Tupperware containers of learning tools in my car to teach the program. Moms were hosting them and word got around fast! I was teaching at 17 locations within 6 months. The proof of the programs validity was in the babies! Moms were reporting that sleep was great, the babies were alert, more able to interact, ahead of the curve. By march of 2008, we had to hire more teachers, and the rest is history. I opened my first 500 sq ft center in 2009, knocked a wall down and expanded to 1200 sq ft in 2011, moved to the local mall into a 2600 sq ft center in 2012, and then the big move came in January of 2016. We moved into our own 5,000 sq ft center. We have many success stories of special needs children, or child who came to us diagnosed with Autism, but once they participated in sensory activities, their “autism” behaviors became manageable or disappeared. That isn’t because we are curing Autism, it is because these children were improperly diagnosed, and rather than Autism, they had “Sensory Disorders”.

We had children diagnosed with Down’s Syndrome start testing “typical”. Our children were 1-2 and even 3 years above their milestones.

Our boys were showing no delays in speech. It was all coming together. Parents were being empowered to become their children’s first and most effective teacher – all while having FUN! Now, we have 12 teachers, one free-standing center and about 26 field sessions (satellite classes). We also launched a new program called F.L.O.W in January 2016 that is thriving and doing amazing things. As a branch of OTB for older kids, FLOW is a yoga/meditation and connectivity program for children 4 years – 13 years old. We are grateful to be doing the work we do.

Great, so let’s dig a little deeper into the story – has it been an easy path overall and if not, what were the challenges you’ve had to overcome?
I loved it from the beginning, but I remember driving from class to class to class on the Los Angeles freeways! I remember trying to juggle deliveries (of babies) and classes and having to finally make a choice. The obstacles were normal, bad employees, difficult parents, not enough money to do what I wanted to do at that time – but it all worked out. We received a lot of local support from Pediatricians, etc.

Our reputation grew. I have never advertised. Ever. It started that way because I never had a budget for it, but then it was by choice. The fact that OTB is/was “organically” grown, means that we have all “like-minded” parents. We may have brought in less money over the years because of the lack of marketing and PR, but we have also had very few “problems”. To me, that is worth it!

Alright – so let’s talk business. Tell us about Outside the Box – what should we know?
We aren’t “better” than the other infant/child programs out there… but we are “different”. The multi-sensory component to our curriculum took “sensory learning” past just finger-painting for fun! We were the first program in our area to focus and concentrate on “multi-sensory stimulation”. We certainly didn’t create that, but we were the first to make it a “program”. Multi-sensory learning has always been a staple and offered to “special needs” children, but we helped take it mainstream. We also were adamant that “typical” and “special needs” children could and should be taught together. We took science to the sandbox. 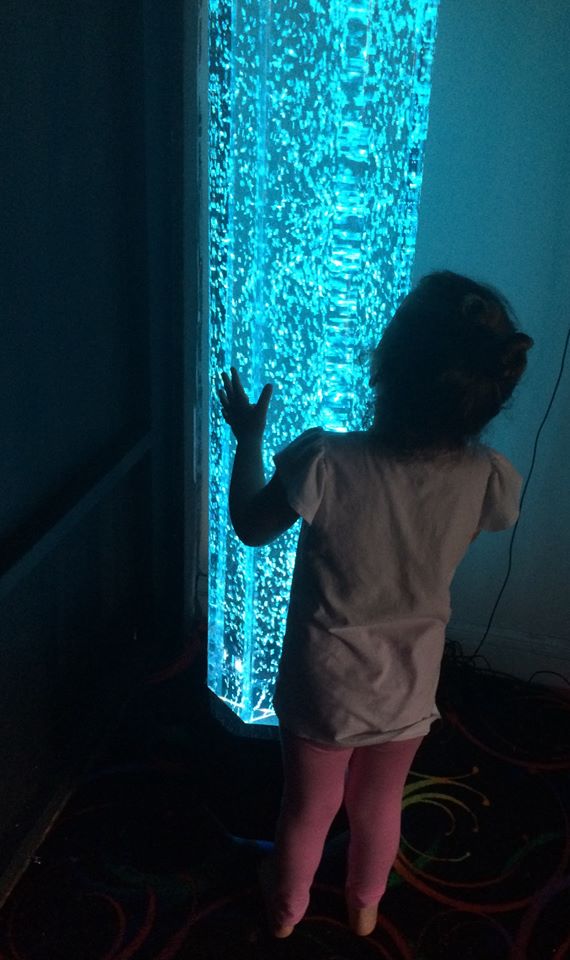 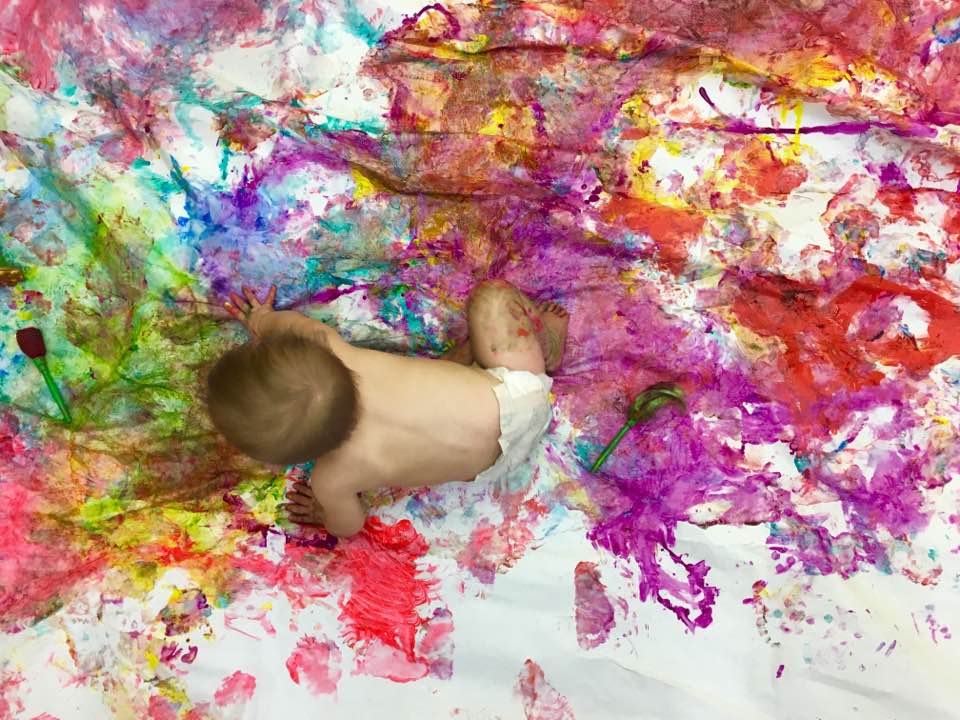 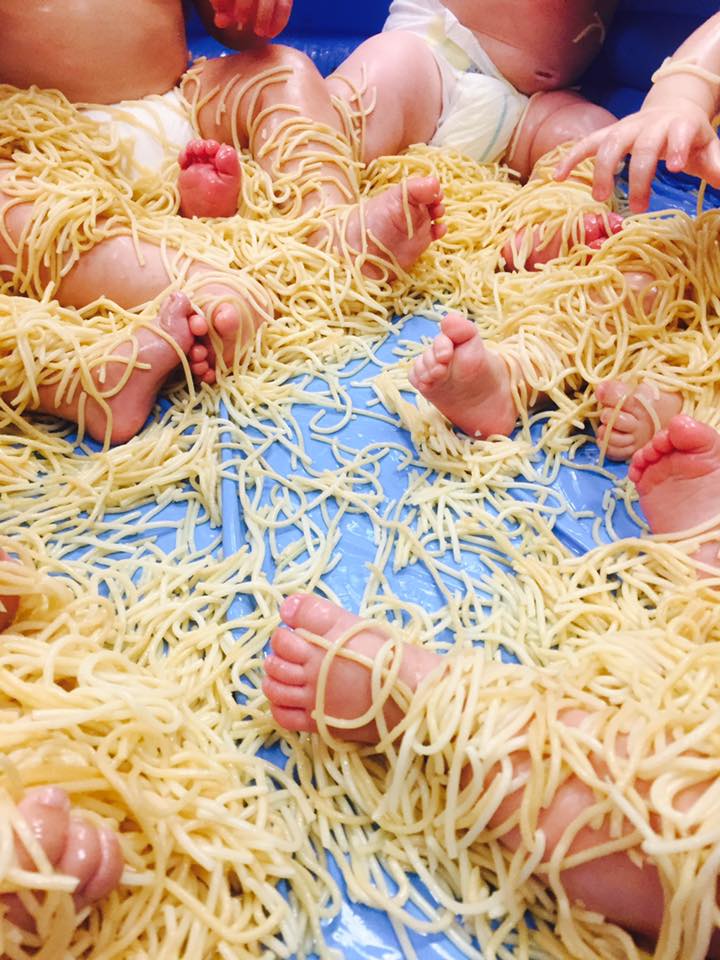 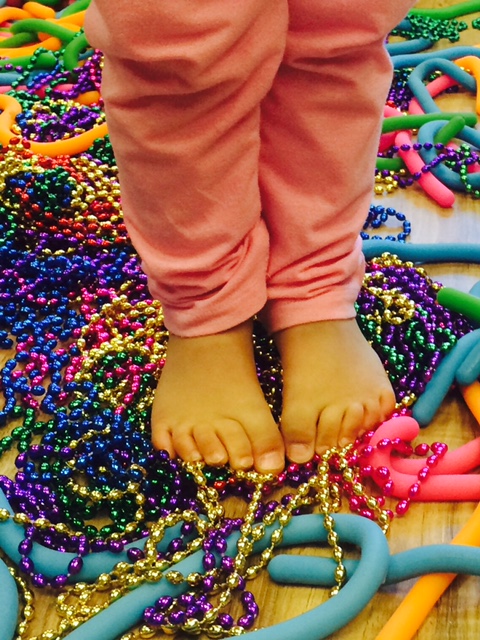 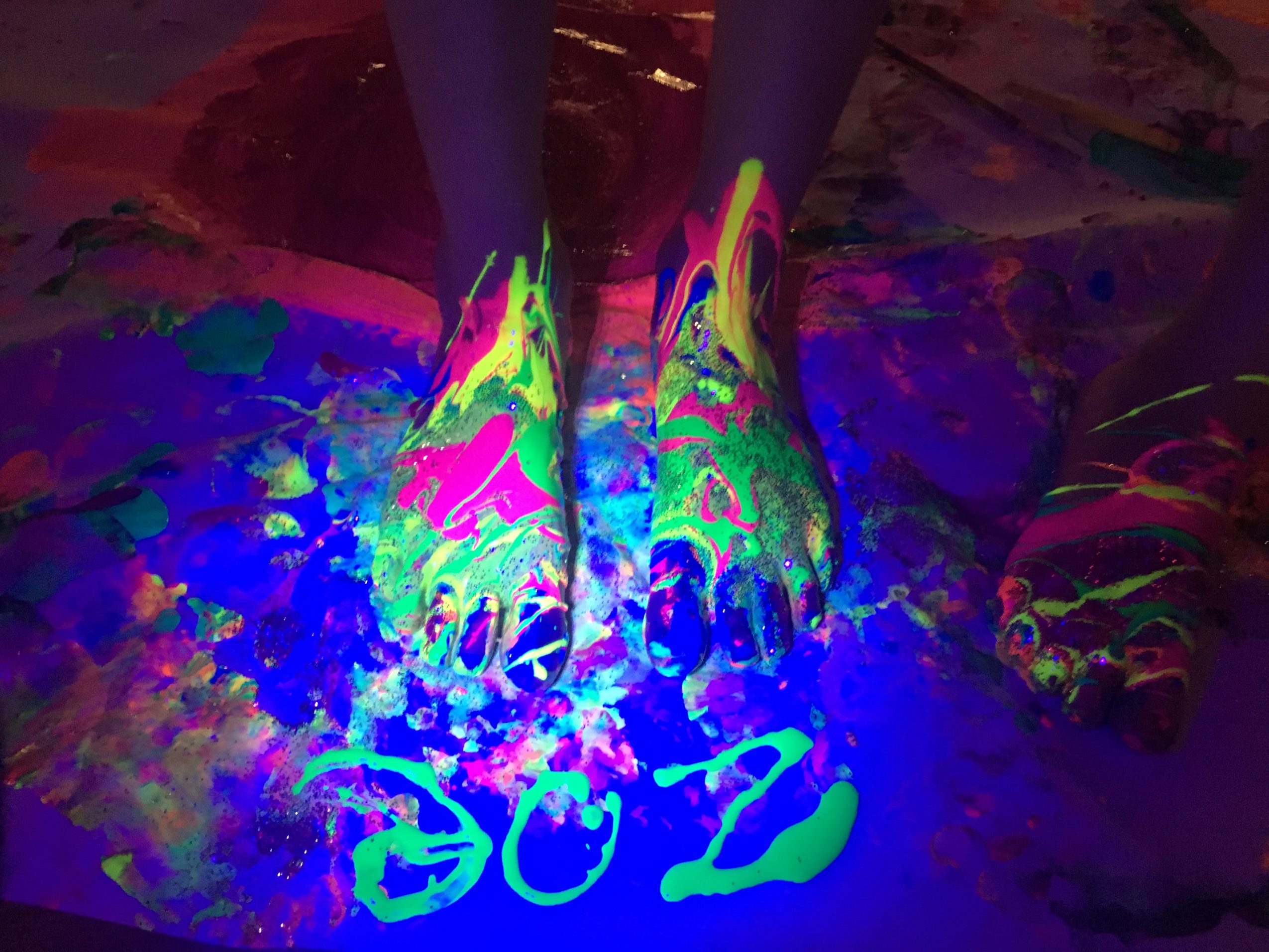 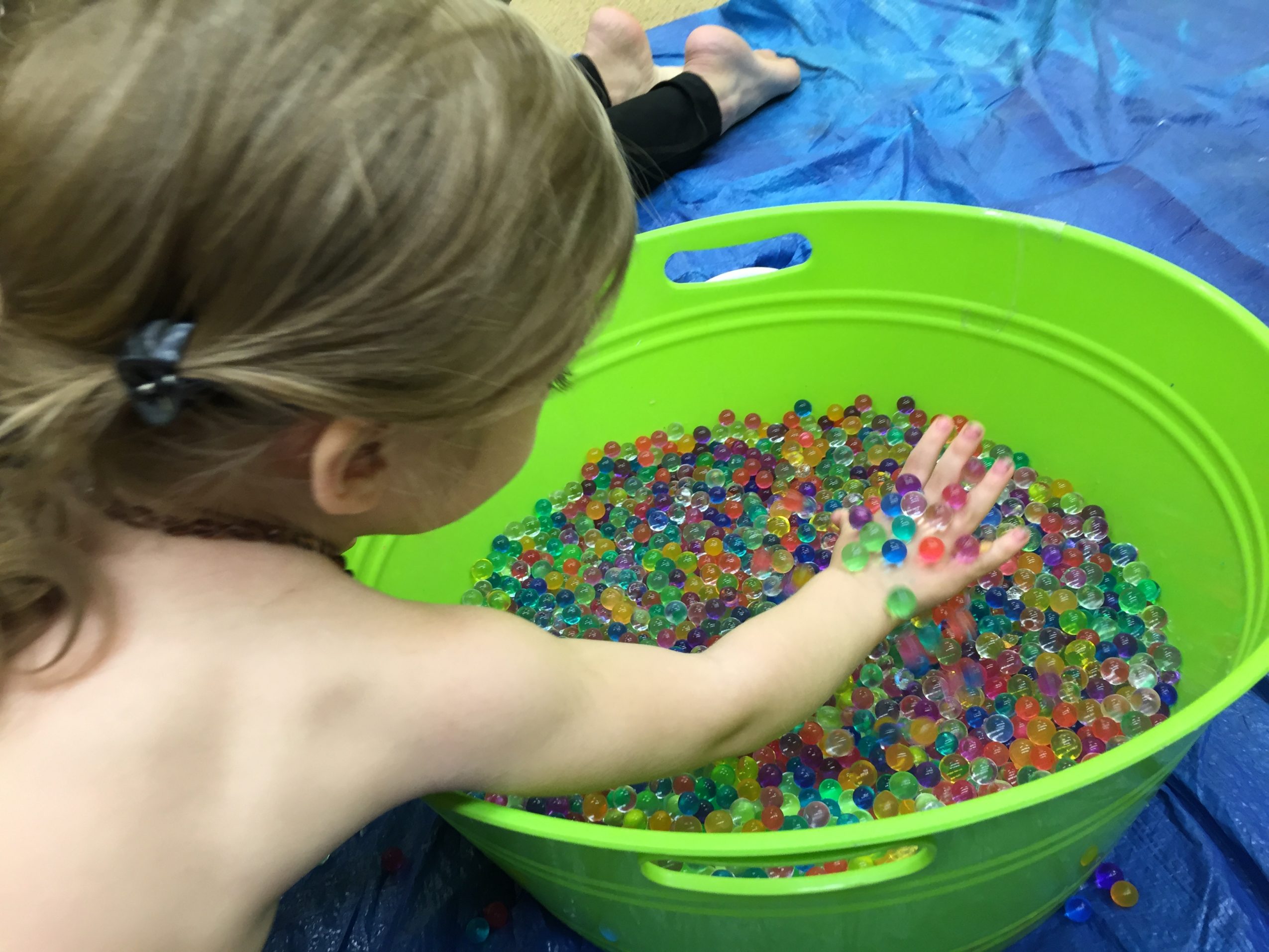 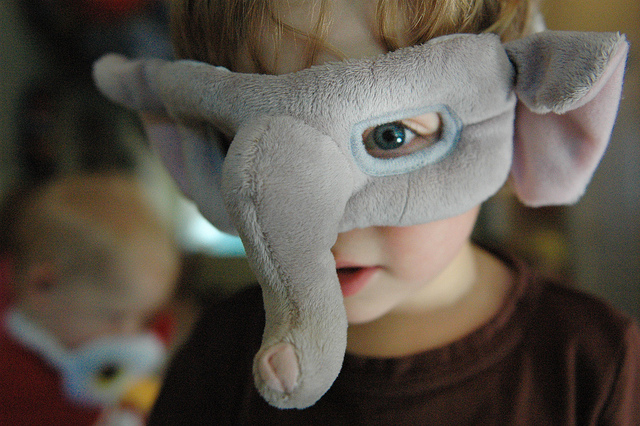 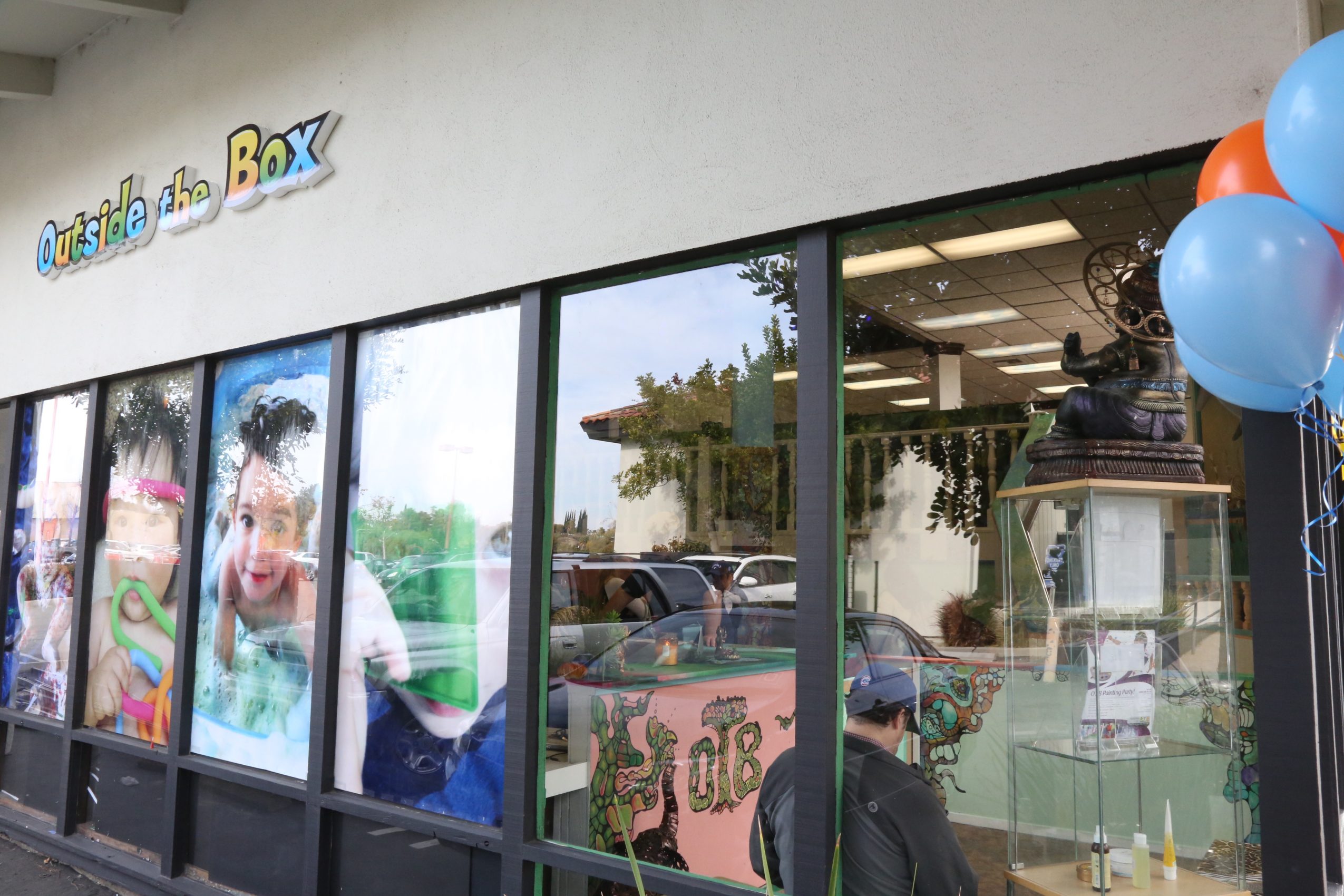