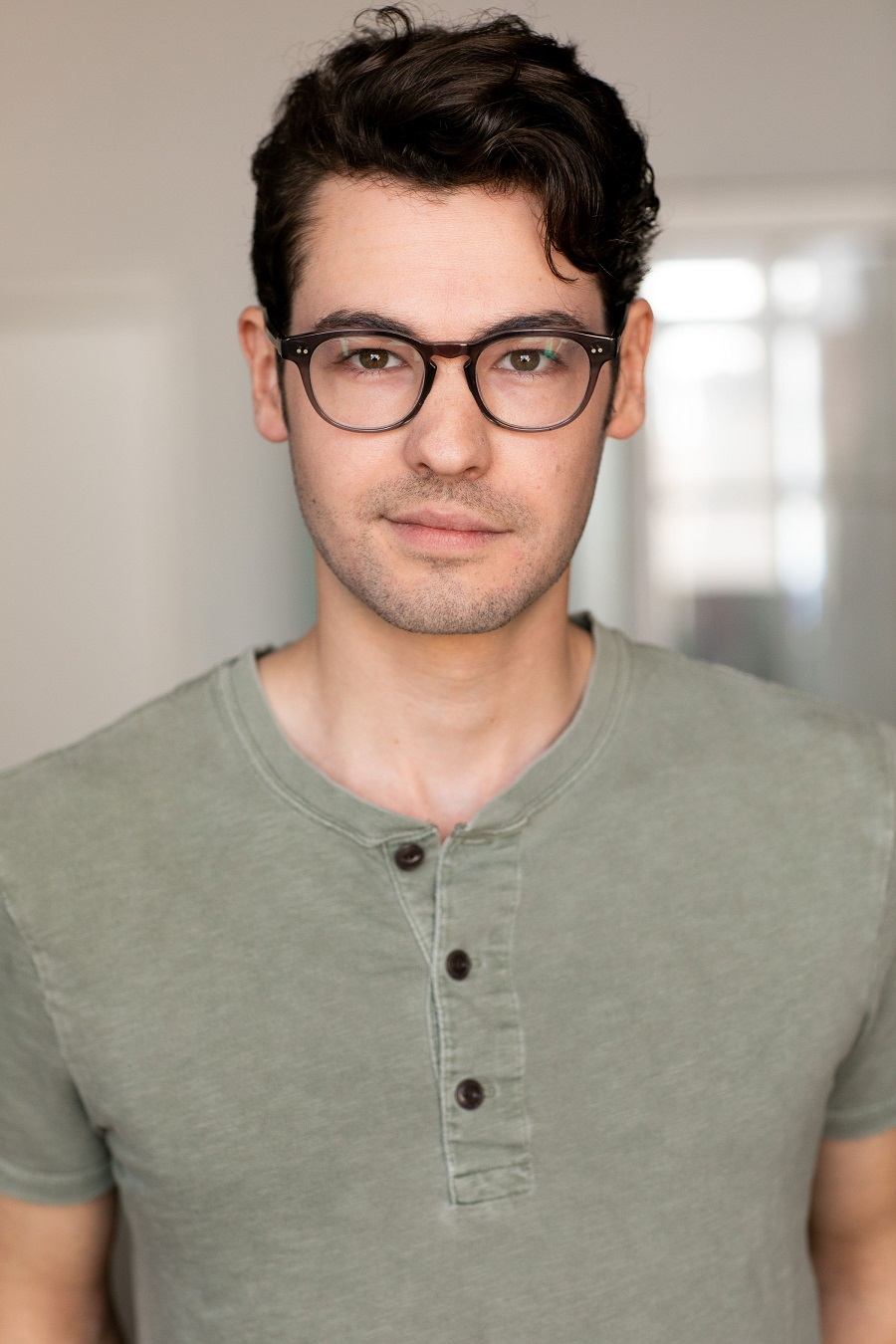 Today we’d like to introduce you to Robert Dylan Bare.

Robert, let’s start with your story. We’d love to hear how you got started and how the journey has been so far.
I began acting and playing music in middle school, back in Dallas, Texas. I started on the guitar—hated it. I picked up the piano—hated it. Then, thanks to Jack Black and Dewey Finn, I picked up the guitar again in the fifth grade, and it finally stuck. I was, however, horrible at practicing and covering other artists. I only wanted to write my own music.

In high school, between school plays and local Shakespeare productions, I began developing my own music. I learned plenty from watching my peers, Ben Littlejohn, and Will Taylor, members of Bent Denim and Hovvdy, who were much more experienced songwriters. After graduating from Highland Park High School, I decided to continue my BFA Studies in Theatre Arts at Southern Methodist University. My sophomore year, I formed a surf/synth pop band with my roommate, Trevor Yokochi, who was also a visual artist. We played in the house show scene all around Dallas under the name of Yokochi Bare, with other Dallas artists like Jake Nice, Chris Escarfullery, Sammy Rat Rios, and Sudie (all of whom we knew from SMU).

Through music and my studies, I found a passion for voice work. I trained in Fitzmaurice Voicework and the Alba Method and did extensive dialect work. Thanks to an introduction from my brother after graduating college, I managed to meet talent agent Jeff Danis, along with his incredible team at DPN Talent. They trusted my training and helped me get my foot in the door in the commercial voiceover world. Thanks to their work and the support of my friends and family, I currently have a national spot for AT&T playing on the radio.

Interestingly enough, my first on-camera role in Los Angeles was as a Brit. The short film, Blood Brothers, was directed by Max Chernov and produced by Nicole Falsetti, Jean de Meuron, and Dan Funes. I played a British WWI soldier named Charlie, who deserts the front lines and runs into a German deserter, Paul, played by Cameron Cowperthwaite. The experience allowed me a quick, but intense look into how larger productions are made.

Working with the members of the Bad Robot team, dodging special effects (like debris launched from cannons and rocks shot from paintball guns), and gaining insight and training from a former Marine and military historian are all experiences I will never forget. I also won’t fail to mention that the shoot was in 103 °Fheat, and I was dressed in three layers of wool.

Once I got my bearings in LA, I began to write my first solo set of songs since before college. It’s taken me just about three years to get down six songs, and they’re not released quite yet. I partnered with Jason Quever of the band Papercuts, who is also an amazing engineer and producer, and began recording the tracks this past summer.

Through a small network of musicians, I found Anina Denove, Ian Early, Matt Camgros, and Scott Anderson, a group of fantastic jazz musicians from the area. We finished most of the tracking for The Judy EP last month and then took a break from mixing so Jason could play some dates with his band, who was opening for Beach House. We’re planning to resume mixing this month and have a vinyl release ready in time for spring.

We are crowdsourcing the funds to press the EP on 10-inch vinyl, and have been so overwhelmed by the support so far. We just finished headlining our second legitimate show at The Satellite Bar with some other great acts.

Has it been a smooth road?
It has been a very exciting road, but that doesn’t always mean smooth. Voice acting has always been a dream of mine, and I pinch myself every time I book a gig behind the microphone. However, I moved to Los Angles to be on-screen. I’ve been self-submitting and on the grind since 2015, and there are days and weeks where I feel absolutely drained. I hired a manager for a brief amount of time, who due to some seriously unprofessional behavior, no longer works for me. I was under their management for six months and had only been sent out one time. It’s very easy to feel like you’ve suddenly just wasted half a year without realizing it. This is why I’m thankful for music keeping me occupied, out of trouble, and creatively engaged.

Also, I’m going to sound like a really old, self-absorbed curmudgeon for a second, but I feel that this must be said. An additional obstacle in this market has been adjusting to the new culture of social media fame and how that can deeply affect the casting process. I trained with professors who graduated from Yale, at an institution that brought people like Kathy Bates and Brian Baumgartner (Kevin from The Office) on the scene. I trained for four years to perfect a craft, with the goal of creating a career. Since arriving in LA, I’ve learned that for the time being, training is not as valuable as one’s marketability and reach. This is a business, after all. I worry this practice is going to lead to an oversaturation of mediocre content, but I who knows, maybe this’ll be a sort of content revolution.

We’d love to hear more about your business.
What my struggles have taught me is that if you can’t keep yourself busy and finding ways to exercise your creativity, this city will make you feel extremely isolated very quickly. On the other hand, if you allow yourself to be open and present, the opportunities are everywhere. Generally speaking, people with the power to help your career are more than willing to take a chance if you show them that you can keep yourself moving. In that regard, I’ve been blessed with a survival job slinging vodka at La Dolce Vita in Beverly Hills, and I also have a vintage store online to feed my addiction to records and old books. It’s called Nu Nu Vintage LA, which is French for “bare naked.” We’re on Instagram and Depop.

Beyond that, to combat my existentialist anxiety about social media relevancy, I’m currently developing two shows with different writing teams. One is a sketch variety show featuring both animation and live action, and the other is a nod to the styles of Christopher Guest and the mockumentary genre. The latter is from the perspective of a documentary team following the formation of the first Olympic foursquare team. The writing process for both of these has become a lesson in discipline and collaboration.

Is our city a good place to do what you do?
I think this city has all the raw materials and the audience to make one’s own way.

However, this market is too saturated to simply wait to be discovered. It requires putting tremendous effort into getting one’s name out there, which is something I’m still learning how to do.

I will also say, for the post-Art School grind, the weather sure is nice.