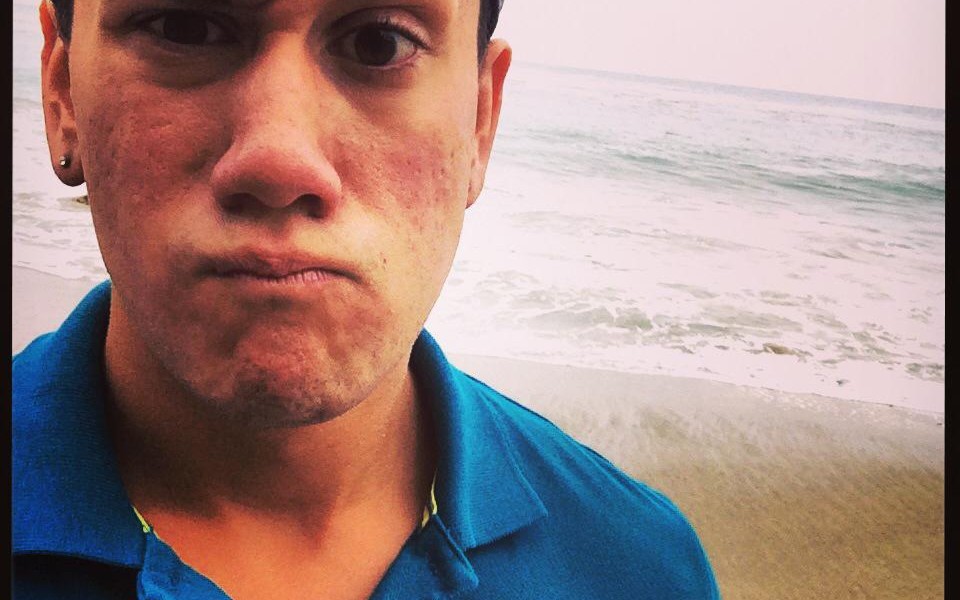 Today we’d like to introduce you to Eric Salberg.

Eric, please share your story with us. How did you get to where you are today?
I grew up in the southwest suburbs of Chicago, Illinois. I’ve always taken an interest in the arts, from music, film, photography, painting, etc. since I was a child. I started learning to develop 35mm film the old fashioned way (In a dark room with chemicals) when I was 16 years old. I ended up going on to study film and video at Columbia College Chicago for a few years, mostly to learn that school had been hitting my pocketbook far more than teaching me to be creative. Though I cherished learning the basics of film and the process of creating one, ultimately school had been holding me back. I realized this as Seniors were coming to me as a freshman and sophomore asking me to produce their thesis projects.

I had spent my early days in the business in Chicago. I opened my Photography company Phelix Foto after my great Uncle Felix. This kept me afloat for a couple years living solely off photography gigs. Working in nightclubs, and shooting promo ads became boring to me and not as creative as I liked. I began to get back into the world of film and television when I took a job as a Set construction worker for the hit TV Series Chicago Fire on NBC at Cinespace Studios. While working there, I realized that there was a roof to be hit in Chicago. I always knew LA was where I belonged in order to excel in my artistic abilities and career. At 25 years young I moved to LA.

When I first got my feet on the ground in LA was when I began photographing for a couple of car dealerships. Nothing big but it was paying my bills. As time went on I began taking more and more film and television work. I have literally spent time in almost every department of filmmaking minus hair and make-up an animal I won’t even begin to pretend I could get into. When I say I know how to create a film, I can honestly say I know how to build it from the ground up.

In the past two and a half years since I’ve been here, I’ve worked on over a dozen films and television projects and have worked my way from the ground up wearing many different hats. I currently mostly Produce and most recently I have directed an award winning short horror film entitled ‘#whoisBeverly”.

Although most of my days are spent in the film world. I very much take pride in getting behind a lens still and taking photographs. Photography is incredibly important to me, it is my way of expression and capturing the beauty in the world that I witness. I do it for pay, I do it for free, I do it for fun. It’s something I love and cherish. I plan to continue my career in both Film and Photography and consistently taking it to the next level.

Has it been a smooth road?
Nothing about any road we take in life is “smooth”, even when people grow up being handed everything, they eventually learn there are things they cannot be handed or given. Life is a bumpy road and I accept it’s terrain.

I’d say the biggest struggle, is never knowing what’s next. Not knowing if you’ll be employed for long periods of time and never having guarantees. That being said I don’t believe any path offers that, even if it seems that way.

The other biggest struggle I have faced was leaving my hometown and my security blankets. Family is a major factor in my life, I have a huge family and we are incredibly close. Leaving them in Chicago was one of the toughest things I have dealt with while being here in LA. Even though I miss them greatly, they also push me to strive and push me for success, my mother Sherry being my biggest motivator.

Has there been people or an institution that has played a pivotal role in your career?
The two most important women who have played pivotal roles in my life have to be my Grandmother Carole, god rest her soul, and my Mother Sherry. Between the two of them, I have learned some of life’s most valuable lessons. To love unconditionally, and to chase what we love.

I grew up fatherless. Between these two women, and all the aunts and cousins I have. They helped shape who I am, and consistently encourage me to chase what I love. I love what I do, and it never feels like work. No amount of money can ever give me the joy I feel from making people feel an emotion, whether it’s a photo or a story. No amount of money can gift me the beauty I witness from my line of work.

My Mother and Gram, raised me right.

What kind of work do you look forward to most?
I look forward to working on my own creations. Projects I write, projects I direct. My favorite types of projects are that which give me endless creativity options and those that allow me to create art with others.

What have been some of the most important lessons you’ve learned over the course of your career?
The only thing I would have done differently is to buy better backup hard drives! Never spare expense on good saving methods of work! Other than that, I wouldn’t change a thing because the route I took has landed me where I am, and I am grateful and happy.