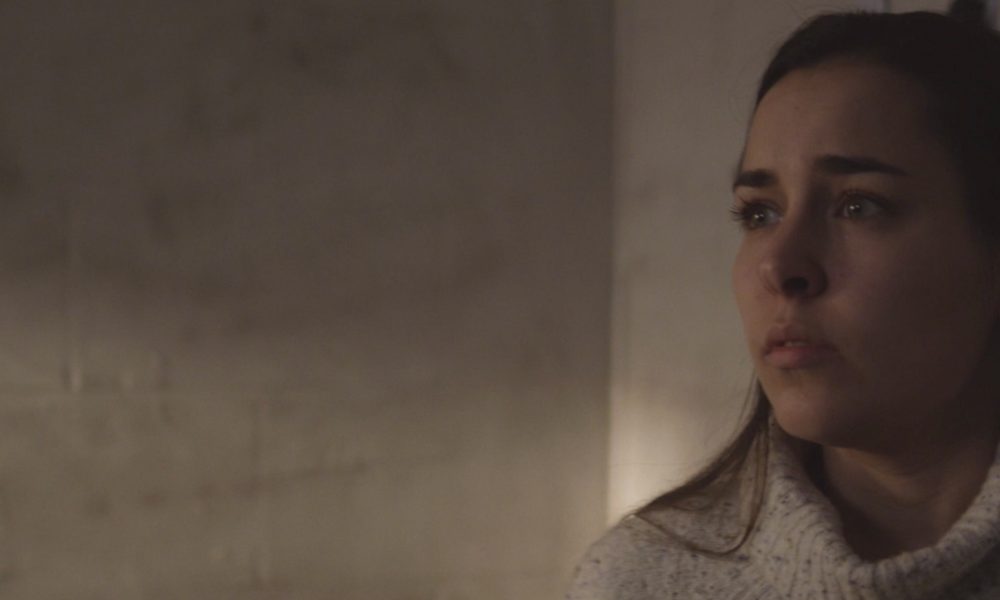 Today we’d like to introduce you to Noemy Del Mar.

Noemy, let’s start with your story. We’d love to hear how you got started and how the journey has been so far.
I was born without a citizenship at a refugee camp in Sweden a few months after my father got deported. My mother had to, all by herself, battle life as a refugee while taking care of a newborn baby. Today she is a proud mother who managed to send me to Los Angeles and got to see me graduate with a Bachelor of Fine Arts from New York Film Academy.

Acting has always been my career path. I was enrolled in local theatre groups, musical groups, as well as dancing classes. By the end of high school, I had performed in productions at the Stockholm City Hall and at the Stockholm Concert Hall. Already then did I know that I would move to Los Angeles. I never had a defining moment for my career choice. It was always a part of me that I knew. Some people call it a passion but I later found out that acting can resemble addiction. I call it an addiction because of the hook that acting has on artists. If you ever wonder why actors do what they do, despite all the challenges, I would say it is due to the rush you get on stage, in front of the camera or alone at home when you truly feel connected to your character.

I believe acting is giving a voice to people and their stories, and that storytelling has many healing elements to it. I have always been fascinated by my mother’s story, to listen to all her good moments, all her challenges and all her rock bottoms. When I listen to her stories, I can feel the strength from her experiences and that has kept me strong throughout my life. That is a true inspiration to me and that is why I think it is important that we share and listen to each other’s stories. That is why I love working in the art of visual storytelling.

I am really fortunate to be in Los Angeles, where I’m surrounded by ambitious and creative people. For me, it is definitely the right place for inspiration and to collaborate with people in the art of visual storytelling. I feel fortunate to have found my path. That is when the obstacles in life cease to hinder you because you have a strong sense of the direction you’re taking.

We’re always bombarded by how great it is to pursue your passion, etc – but we’ve spoken with enough people to know that it’s not always easy. Overall, would you say things have been easy for you?
Oh no, it hasn’t been a smooth road but that’s just part of life, especially when you work within a field with almost zero certainties. But I believe that the biggest challenge/obstacle in life is oneself. When you don’t believe in yourself, in your possibilities to improve.

To not let fear or doubts cover my sight, that’s the biggest challenge for me. I have always struggled with confidence, which I believe we all do all the time, and with a lack of confidence, I have missed some opportunities in taking the matter in my own hands. In the past, it has resulted in me not pushing myself further and higher than my abilities, since the idea of giving it my all and not being enough was worse for me than giving less and getting less.

Now I believe that you can still give it your all and still fail and that’s ok. Failures are always lessons because they show you where you are in your abilities but they can never ever define where you can be in the future. What defines you is your character. I wouldn’t be where I am today in my abilities if I haven’t failed in acting classes, in auditions, on stage in front of an audience, or in front of the camera on film sets.

Failure for me is when I let down my own and other’s expectations and that always hurts, really bad. Especially as an actor where your work will always be judged and interpreted by people and especially since art can be very subjective. The stakes of not letting down yourself, the audience, your scene partners and your crew members are always going to be high. That’s why the biggest challenges for me are overcoming failures. It took me a while to realize that failing is just a part of the process, that life is going to be a bumpy road. I had to change my perspective, my way of thinking. Instead of focusing on avoiding failures, I had to teach myself to focus on overcoming them, to have something to hold on to when I’m hitting rock bottom. I will hit rock bottom, over and over again because that’s life. What always keeps me going is the knowledge that my failures don’t define me and that I will forever have the potential to become better than I was yesterday.

Tell us more about your work.
Before I used to be too shy to call myself an actor because of the stigma, it has of not being a “real” job. Especially in Sweden, where security and predictability are more valued than creativity or risk-taking. But after expanding my abilities and working harder in L.A., I am now more confident to tell people that I’m an actor. I allowed myself to love my career to the point that other people’s opinions won’t bother me anymore.

I’ve had so many great experiences in working with great people on great projects, both in film and theatre. One of the projects that I’m proud of is one I recently wrote, produced and starred in, which screened in a Warner Brother’s theater. The short was inspired by my mother’s experience and depicts a refugee couple being separated at a detention center. The movie title “Aegis” means protection and is one of the things that I believe we all should feel in our home country. I chose to tell this story because it’s a part of my and other families’ stories that should be told. The refugee crisis is an ongoing problem and I wanted to shed light on the personal stories of the individuals who have and are currently experiencing it. The short is going through the festival circuit and is in the process of becoming a feature.

The director of “Aegis”, one of my favorite people to work with, was also the director of a theatrical production that I was part of called “The Dining Room”, a play by A.R Gurney. It was one of the most exciting productions I’ve ever been a part of. I got to play characters from all ages and all socioeconomic classes; maids, aristocrats, a five-year-old, a teenager, as well as a 65-year old. What I loved most about being part of the production were the talented people I got to work with. This is what’s most exciting about this industry, it’s the creative, talented and hardworking people that you meet and get to be inspired by. I realized that it’s important to surround yourself with good people. Some projects can be very discouraging if you are not surrounding yourself with dedicated artists who inspire, support and push you forward.

Has luck played a meaningful role in your life and business?
I love this question because one never knows when the things that happen to you are good or bad luck because you never know in which direction they will take you.

It’s hard for me to clearly define luck, what it means and what relationship I have with it. I guess good luck for me means to be given something in life that brings you closer to your happiness. But I also believe that good luck and being a hard worker come hand in hand. Good luck can come in the form of opportunities, however, if you are not willing to work for these opportunities, then you simply missed your chance at good luck.

Personally, I consider myself very lucky to have been born in a safe country like Sweden, surrounded by supportive parents and friends. In that sense, good luck has definitely had a big role in my life and clearly helped in building the person I am today, allowing me all the opportunities that took me to be an actor in L.A. I was born lucky but then it was up to me to use it and work forward.

I can’t really recall any big moments of bad luck in my life. The “bad luck” always felt manageable and seemed to be things that I could improve on. So I never really felt that I could blame some bad things in my life on bad luck. If something didn’t work out, there was always the next opportunity.

It’s funny how you can’t always know which events in your life were good luck or bad luck. Sometimes bad luck can take you to places you never knew. Over a year ago there was an audition for an acting master class in my school which I worked hard for but didn’t get in. For me, it was one of my lowest moments because for me it was saying that after a year in an acting school, I haven’t improved. I was devastated but decided that it means I have to work harder, so I joined a Meisner studio class with Don Bloomfield and it was one of the best decisions I’ve made! That studio class, with a great teacher and talented classmates, definitely helped me improve and I still got to audit the Master class in school. After half a year, I was in a play production at school that got lots of great reviews and definitely put me in a different light for the higher-ups in my department. I did the play for fun but getting that feedback made me feel that I was heading in the right direction. In that sense, I was lucky for not getting into that Master class because then I wouldn’t have improved as I did in Don Bloomfields class.

I’m a person who likes to plan things out and I believe that a lot of things are within our own control if we believe in it and decide to act upon it. At the same time, I have a friend who always says “God sees what you don’t see”, and even though I don’t consider myself religious, I like to believe in that. I’ve found that sometimes events may feel like bad luck but then after a certain time and reflection, I realized that it was actually good luck because it brought a better outcome than previously expected. 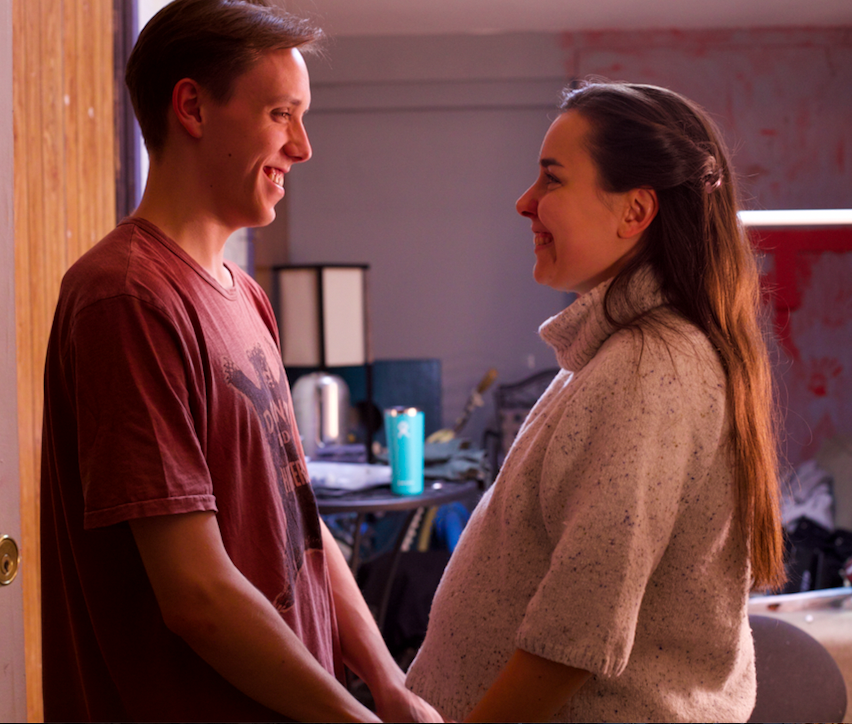 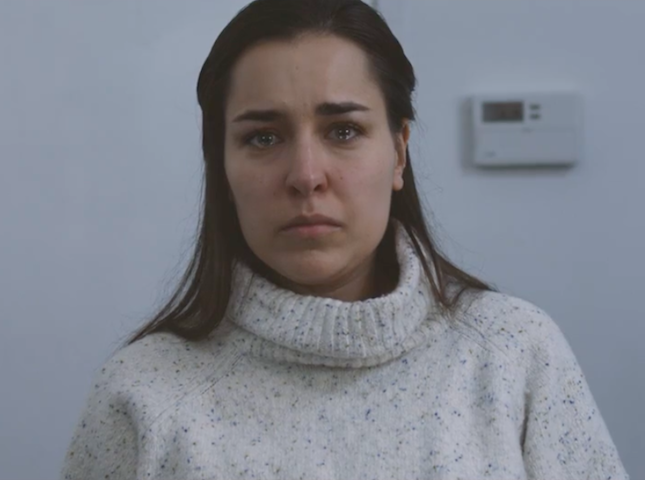 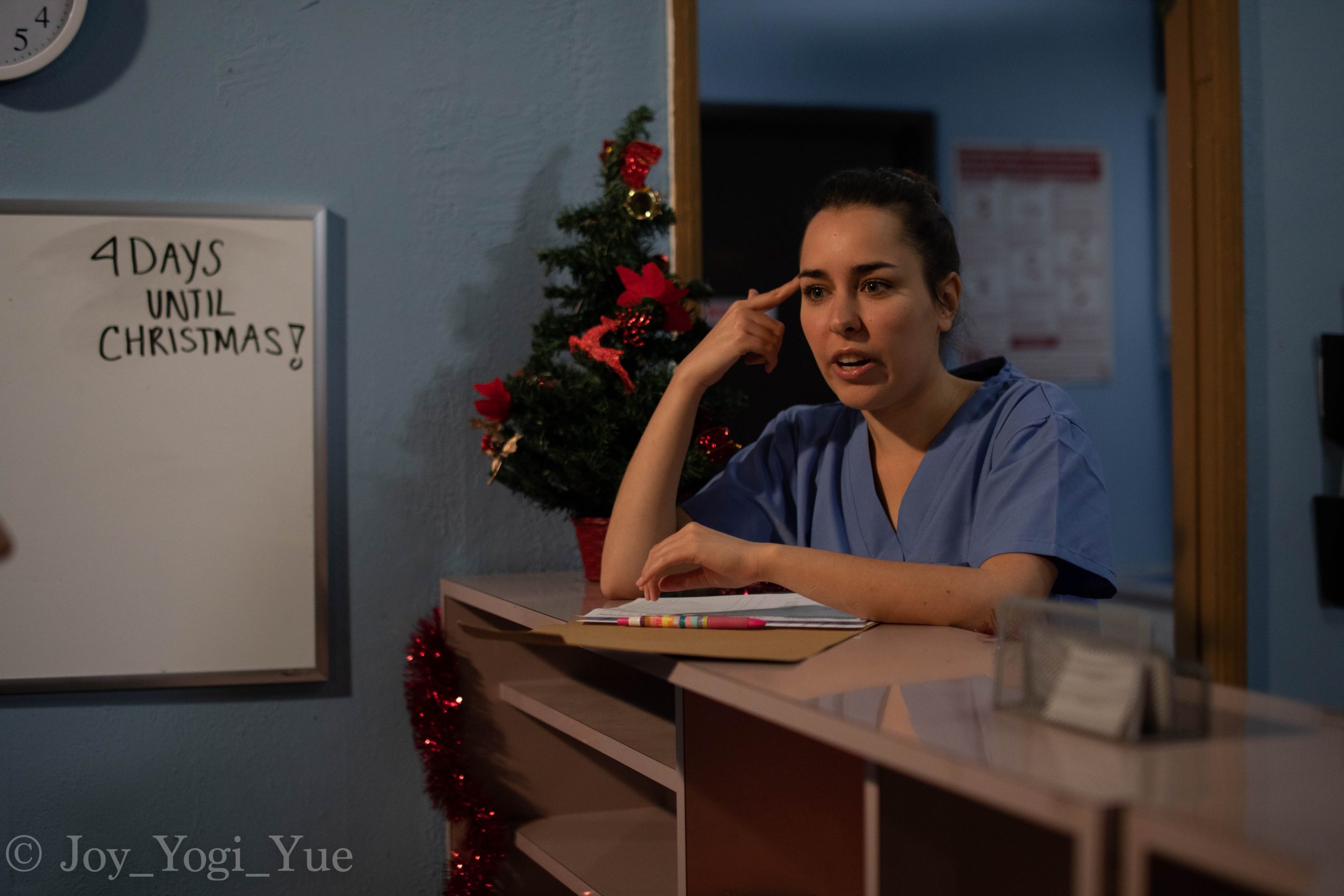 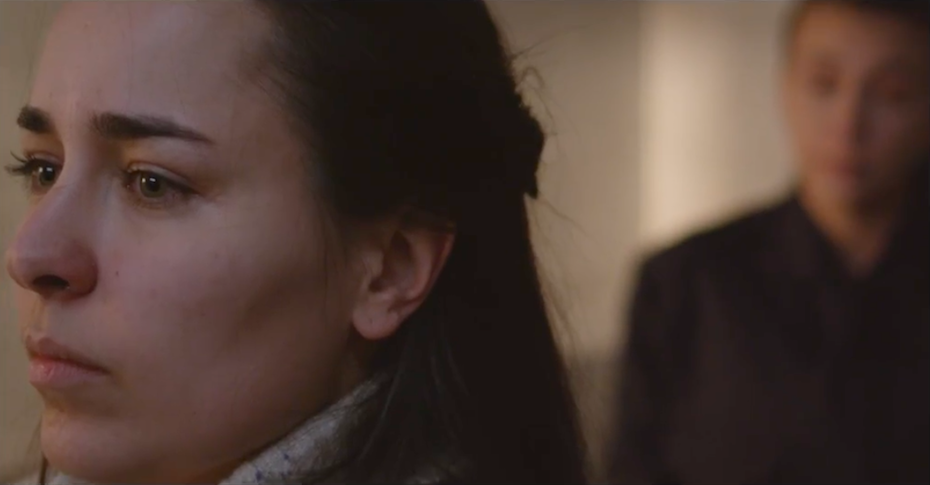 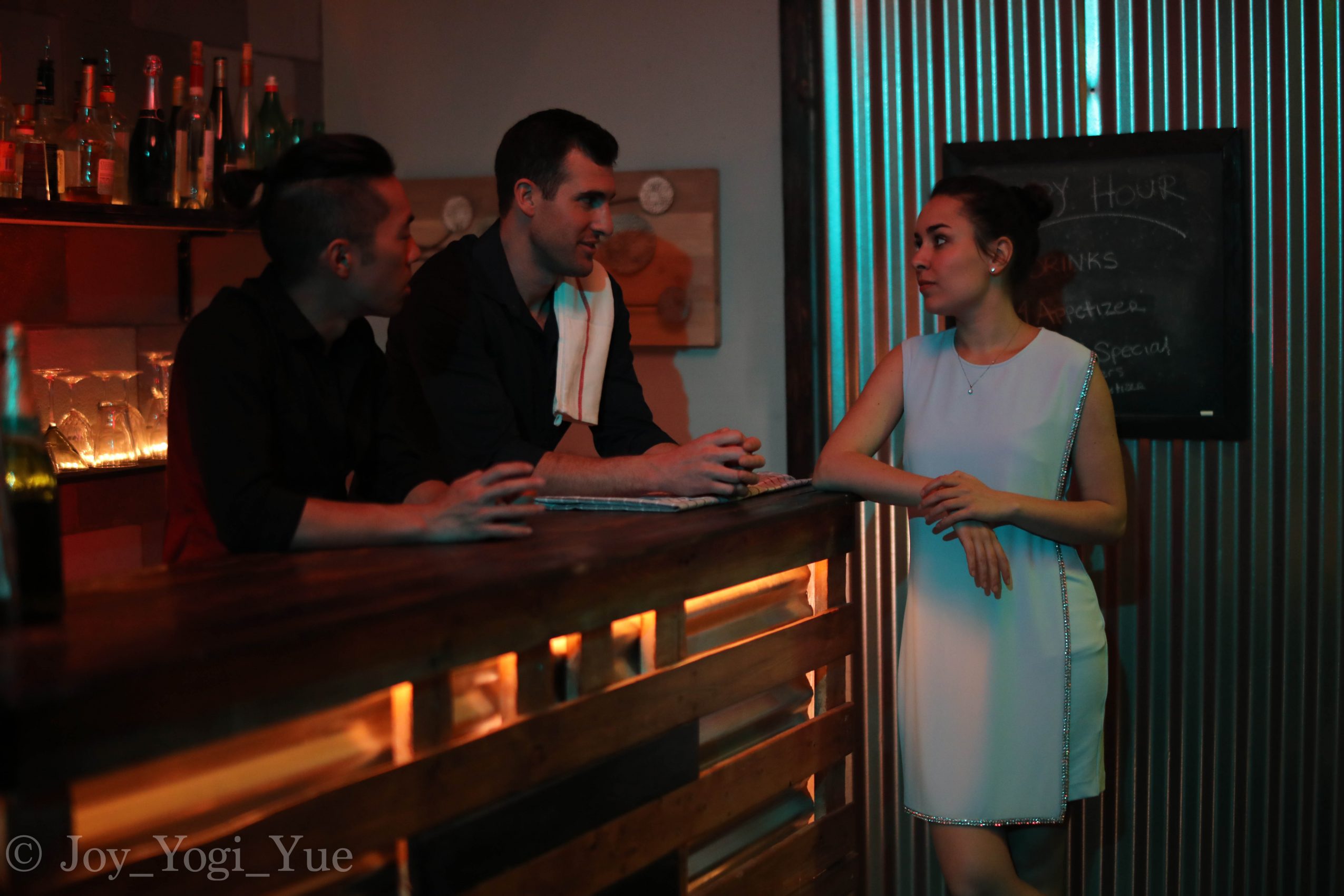