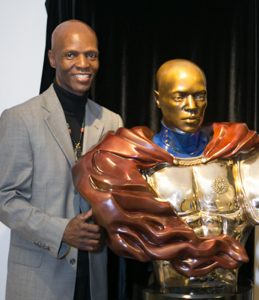 Today we’d like to introduce you to Nijel Binns.

Thanks for sharing your story with us Nijel. So, let’s start at the beginning and we can move on from there.
I was fortunate to work as a stuntman on Jackie Chan’s first American film in 1980 called “The Big Brawl”. I moved to Los Angeles immediately afterwards and have worked as a stuntman and fight coordinator on action films such as “Karate Kid 2”, and “China O’Brien 1 & 2”, When I was not working in film, I was simultaneously cultivating my skills as a sculptor.

In 1990, I got my first professional job which was a commission from Epic/CBS Records to create an award for Michael Jackson called the “Top Selling Artist of the Decade Award”. That same year, Motown Records commissioned me to create a special sculpture for Stevie Wonder’s birthday. Many more prestigious commissions followed such as the “Shirley Temple” monument which is the only bronze monument of her as a child actress. That monument was unveiled with Rupert Murdoch and the legendary actress and sits outside of the Shirley Temple Day Care Center on the Fox studios lot. Recent commissions include a bronze monument of Mervyn Dymally, the first African American to hold the post of Lieutenant Governor of the State of California. That bust is installed at the state capitol in Sacramento as well as duplicates at Cal State Dominquez Hills and the Mervyn Dymally High School in Los Angeles.

Upcoming works include a life-sized bust of Jamaican hero Marcus Mosiah Garvey. It will be the first time a monument of Garvey has ever installed on the continent of Africa. By far, my most important and timeless work was my creation of the Mother of Humanity monument. In response to the Los Angeles riots of 1992, I wanted to create a permanent statement to reflect the fact that we are all one huge family because the DNA of a woman in Africa has produced all human beings on the planet. That statement is as true today as it was in 1992 when I created the sculpture. The 16-foot tall bronze monument is one of the largest in Los Angeles and features a woman holding a feather of peace in her right hand and standing on top of the world. Her left hand is open in a gesture of welcome, calling all of humanity to reflect on the gift of a mother’s loving-kindness. I sculpted her face to reflect features of many different nationalities. I know that our first teachers when we come into the world are our mothers.

From them, we can either learn love along with patience, compassion and understanding (pcu), or we can learn intolerance which can develop into hate. The Mother of Humanity monument is a tool that helps us to reflect on the meaning of what it means to be a human being on planet Earth. The Mother of Humanity monument was unveiled on Mother’s Day, May 11, 1996 in Watts and is on permanent display at the WLCAC headquarters, 10950 S. Central Avenue in Watts. As a third profession, I am a writer and published author. In 1983, I wrote the first book ever published in America to feature African American martial arts masters Steve Muhammad and Donnie Williams called “Championship Kenpo”.

That book was followed by another book I wrote with them called “BKF Kenpo: History and Strategic Principles” in 2002. My most significant book was self-published in 1990 titled “Nuba Wrestling: The Original Art”. In it, I document and prove that the science of the martial arts actually had it’s origins in Africa among the Nile Valley civilizations and made its way through India with Buddhism into Asia. Contrary to popular belief, the martial arts did not originate in Asia but has been well received, preserved and expanded upon in places like China, Burma, Vietnam, Japan and elsewhere.

Overall, has it been relatively smooth? If not, what were some of the struggles along the way?
As an artist, I understand the creative power of my imagination and through my hands, I have seen my imagination become a thing I can touch, feel and see, I have a different take on what some people would call a struggle. I have developed a saying that explains my seemingly effortless way of life. I say that no matter what it is, “whatever we do should be as easy as breathing”.

Please tell us about Nijart International.
Nijart International has upheld a tradition of producing custom, fine art portrait sculptures of noted figures, from monument to miniatures. What I am most proud of as a company is that my work as a sculptor celebrates the achievements of all people around the world. Although I am most proud of the Mother of Humanity monument, what has set Nijart International apart from other sculpting companies is that we have known and been of service to Jackie Chan, Stan Lee, Shirley Temple, Michael Jackson, Celia Cruz, Stevie Wonder, Lena Horne, the families of Marcus Garvey and Patrice Lumumba, and many others. 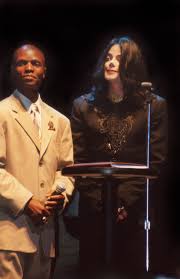 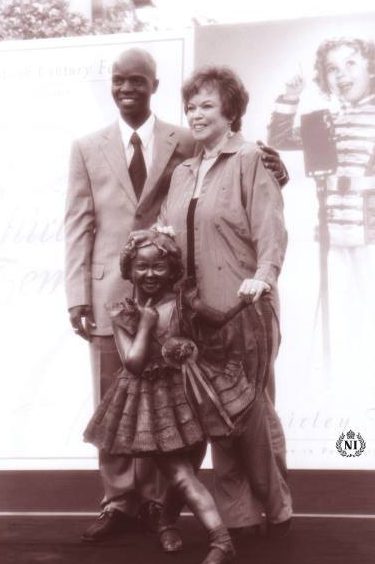 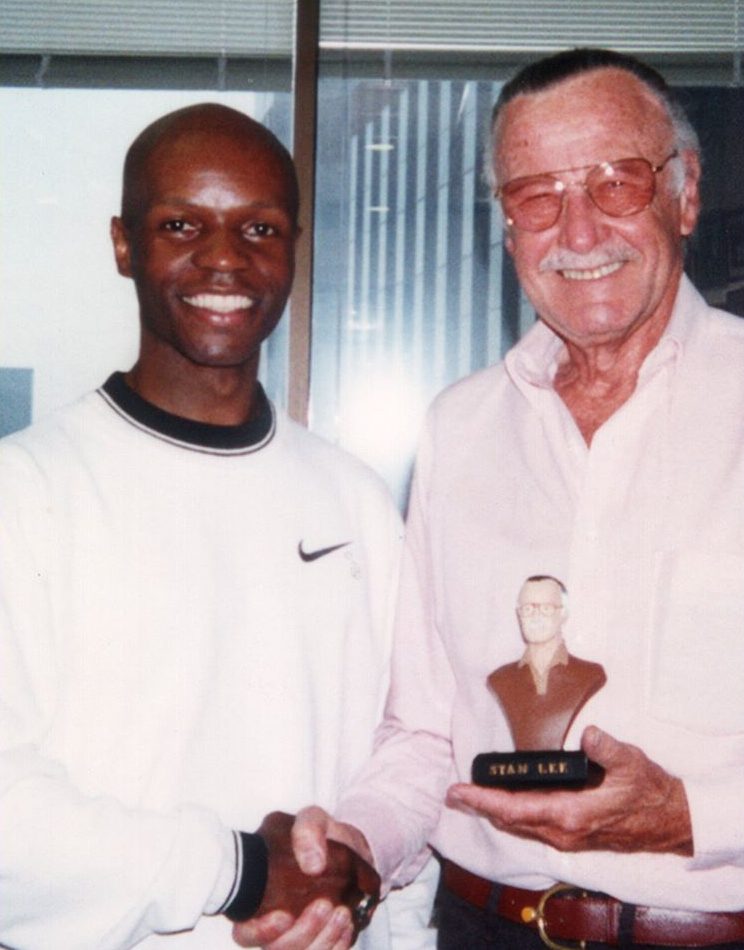 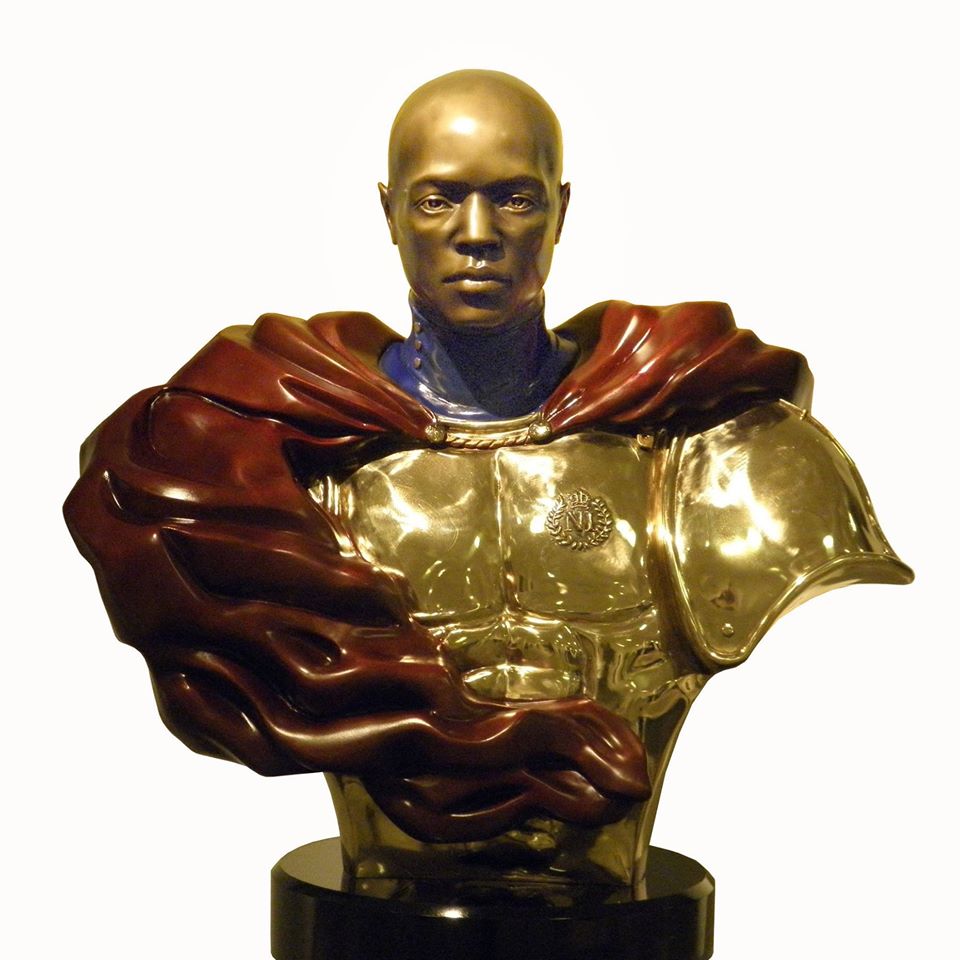 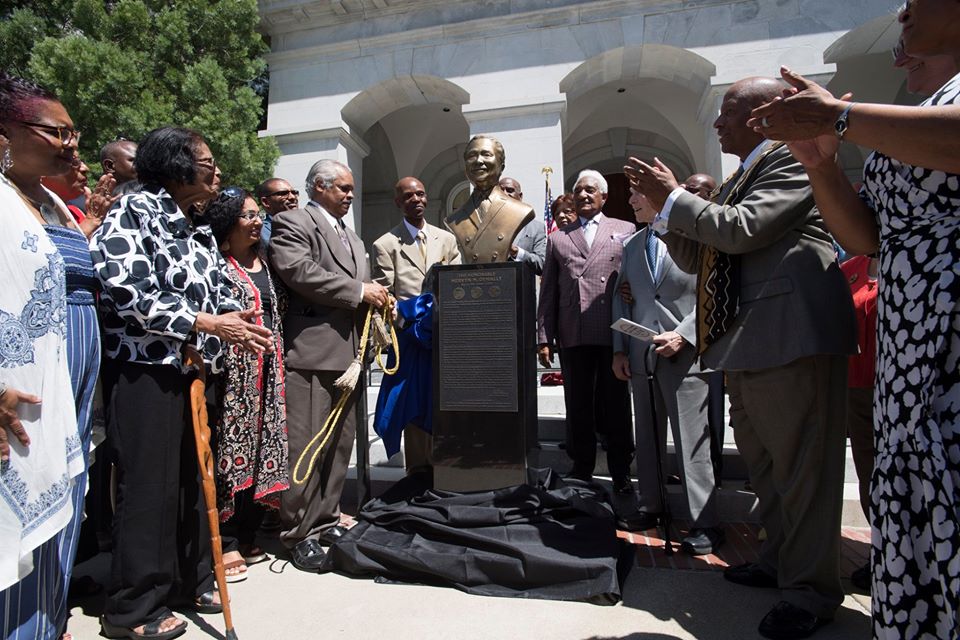 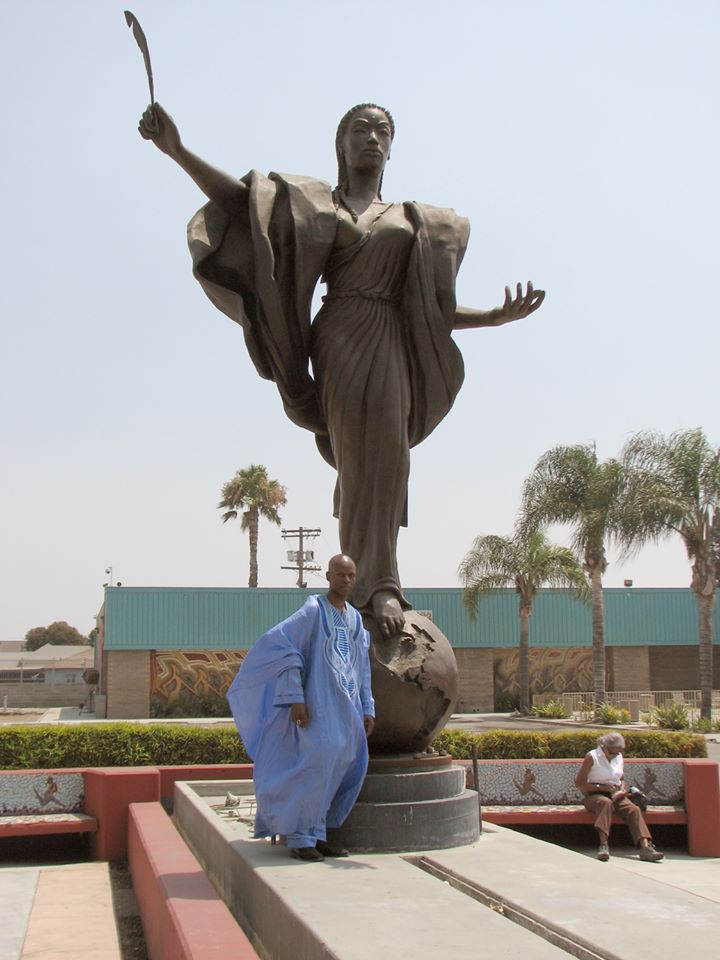